Danish studio EFFEKT has transformed a former windmill factory in Viborg, Denmark, into a hub for street sports and youth culture. Game Streetmekka Viborg is a pioneering project on how to bring new life to one of the many vacant industrial buildings by transforming it into a new vibrant culture house for street sports, street culture and street art. 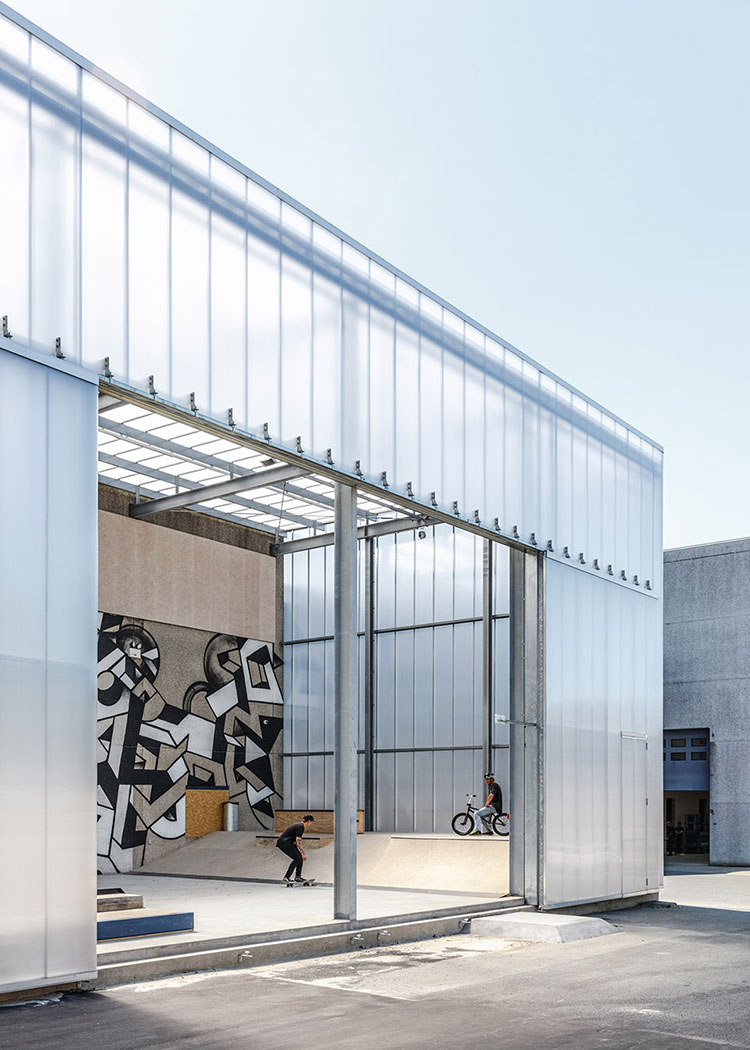 The existing building originally served as a windmill factory and is a typical example of one of the many more or less identical mass-produced warehouses or factories buildings from the late 1960s and 1970s found in almost every suburban industrial zone in the western world. Typically constructed from prefabricated concrete panels or corrugated steel, industrial leftovers are perceived as having little to none historic, cultural and architectural value.

EFFEKT open up the opaque and introverted industrial building and transform the impressive central factory space into a new kind of interior space, a covered streetscape opening up to the outside. The existing building — with its uninviting and worn out prefabricated concrete panel facade —  has been wrapped with a new performative translucent skin, giving the appearance of a light and welcoming building. 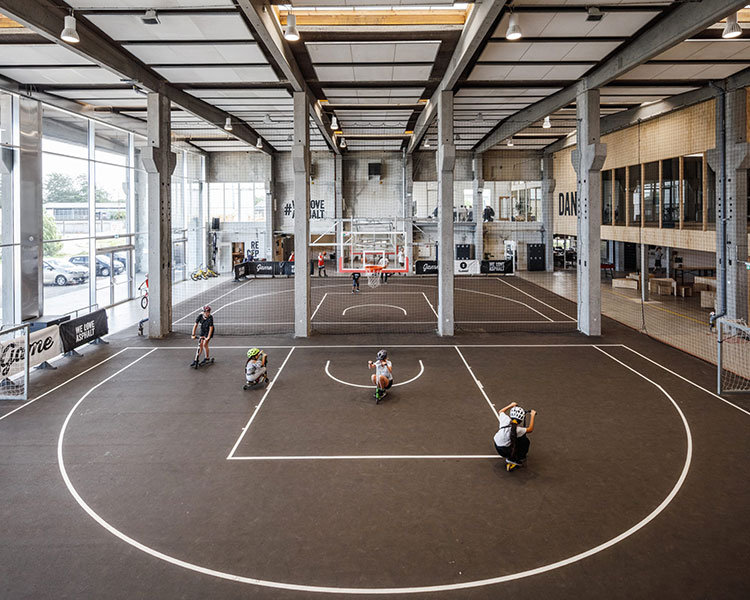 The 3,170-square-metre structure has been filled with new functions for both trial, parkour, basket, skate, bouldering, dance and also customized workshop areas for DJing and music production, an animation studio, maker lab, and artist studios. Social spaces and designated hangout zones are strategically interweaved into the functional program and distributed throughout the building. 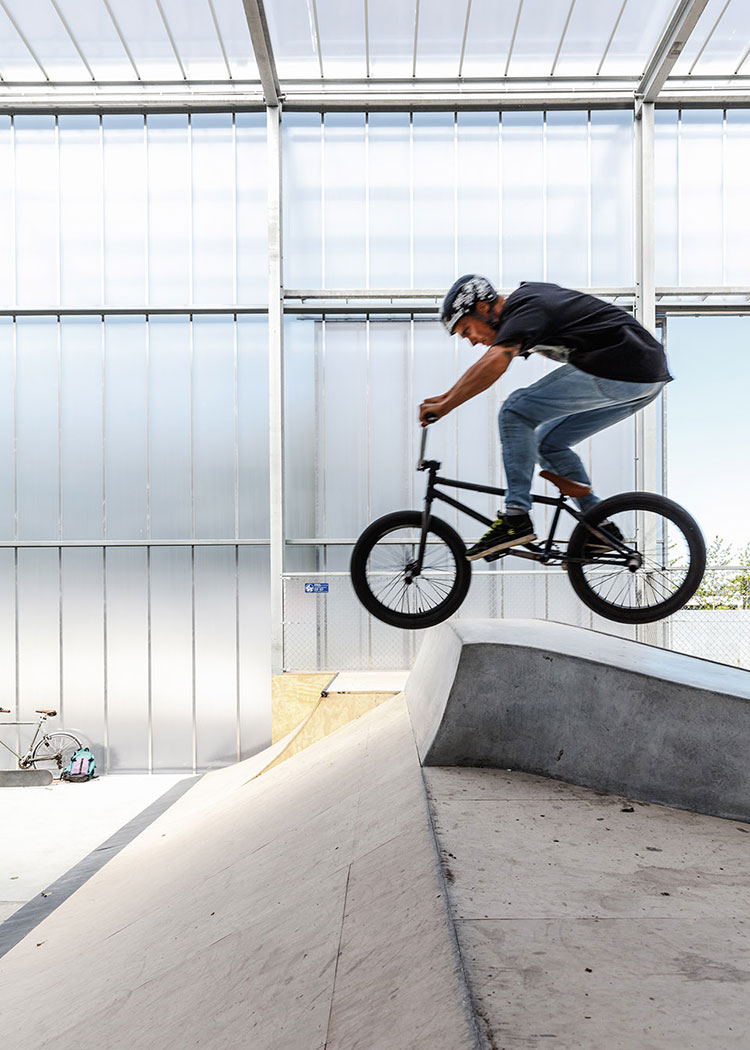 The architects said that the surrounding landscape will become the natural extension of the centre’s indoor spaces, with various street-sports and cultural functions placed along a recreational string of greenery that connects the site to Viborg’s downtown area through a future pedestrian and bicycle path. 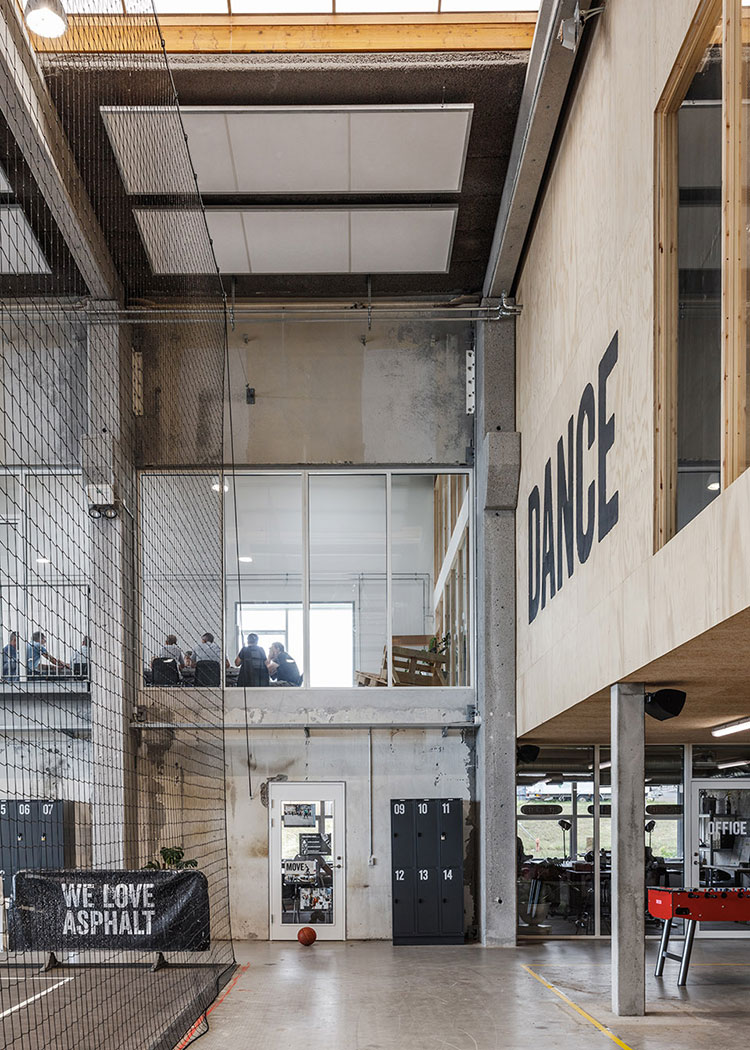 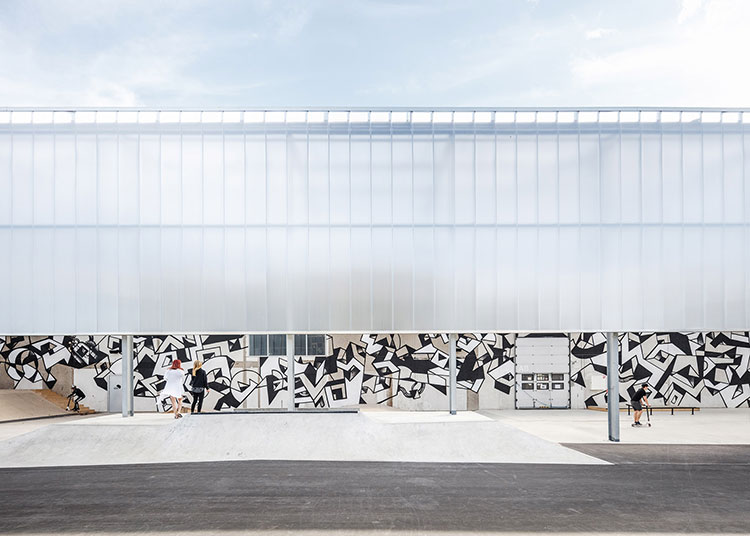 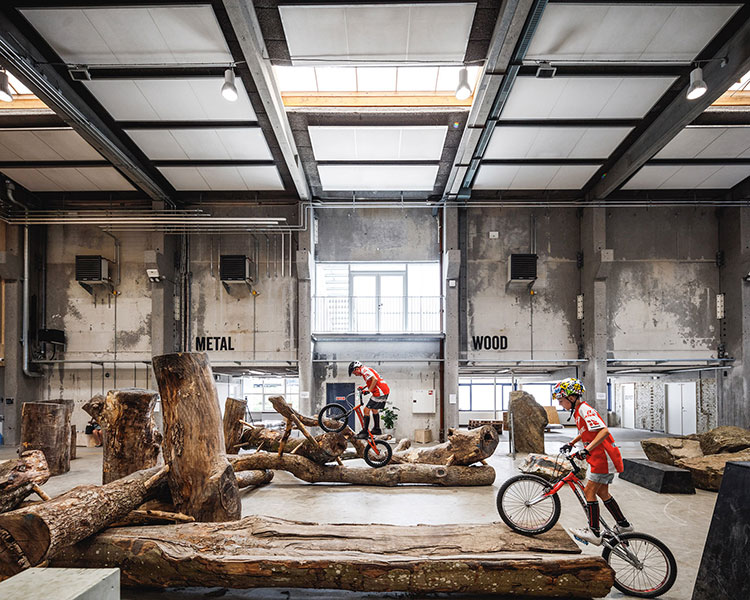 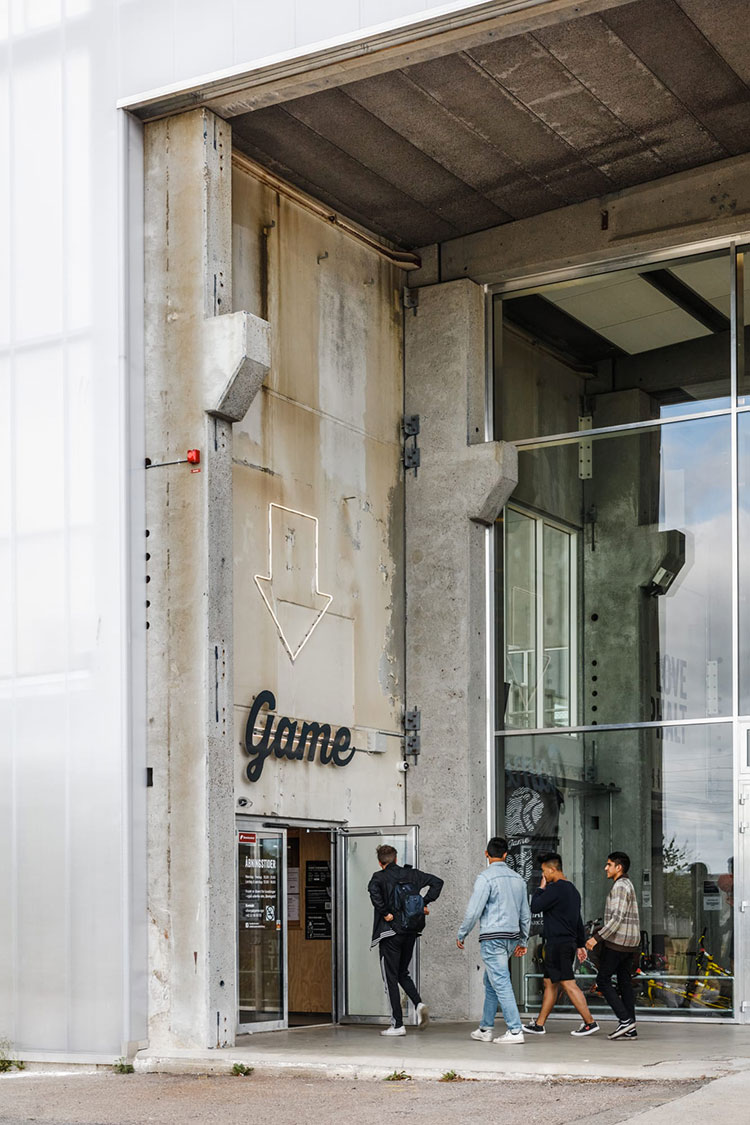