House TP is located in the working-class area in Mechelen, Belgium. A single woman with green fingers bought there a little house next to the church and asked dmvA to reconstruct it. Due to the specifics of the site and the client’s requirements, the architects have created a levitating greenhouse in the home’s courtyard. The client had the desire to do urban farming, which is not evident in the center of the city. 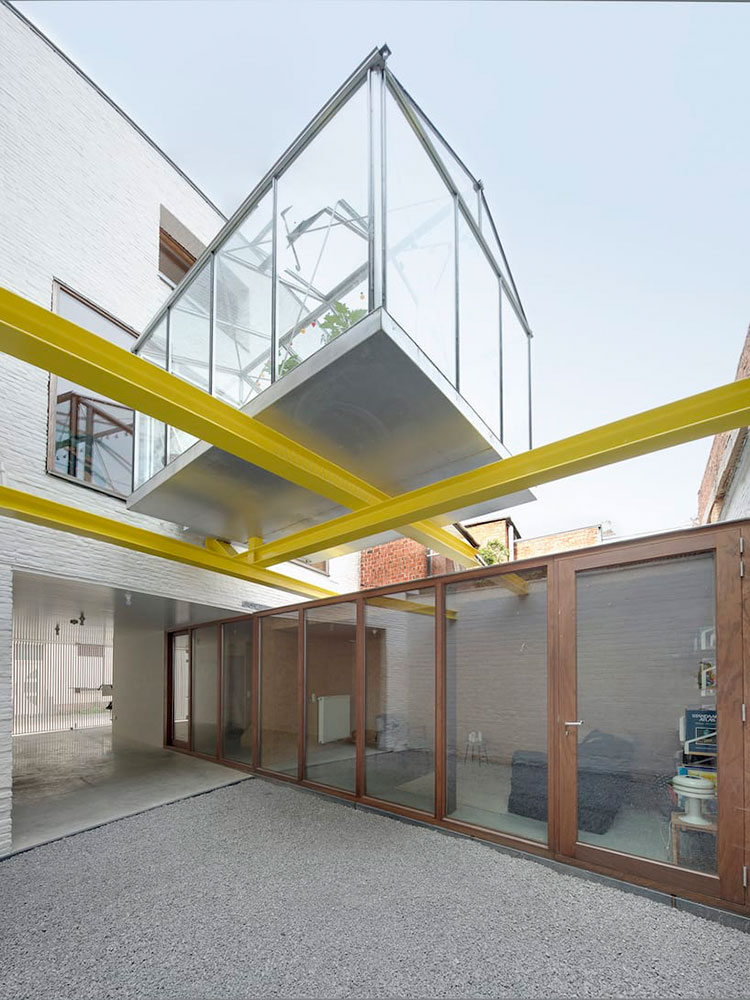 Moreover, the plot was fully built and the backside is oriented north, being in the shade of the house most of the time. A green spot behind the house seemed difficult due to the lack of sunlight. dmvA therefore decided to remove the rear of the building, except for one steel beam.

The beam inspired them to add some extra beams and place a greenhouse on top. By making the greenhouse literally float, dmvA found a solution to the lack of light that ensured the patio to stay light and airy. The opening up of the parcel generates a beautiful view from the greenhouse or first floor, with the church as urban décor. As there is less light reaching the ground floor due the orientation of the house, dmvA placed the bedroom downstairs and the living room upstairs. Next to the patio there is a small living space that can also be used as a bedroom in the future. 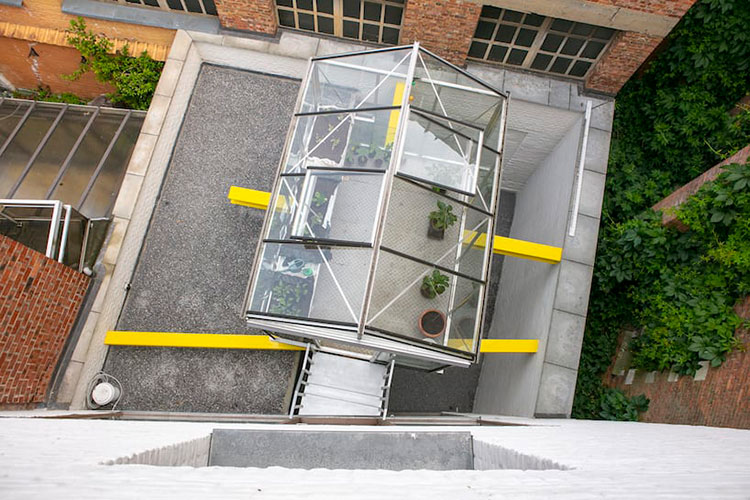 By removing all interior walls and creating open spaces, the house seems larger than it is, despite its small living area (80m2). The stairs are always placed on the side of the building, so that the open spaces would not be disrupted. Recently a part was added on the second floor. dmvA removed that corner again, restored the building to its original form and built a roof terrace over there. The facades of the building are whitewashed, so the scars of the walls still come through and the history of the building is not completely covered up. 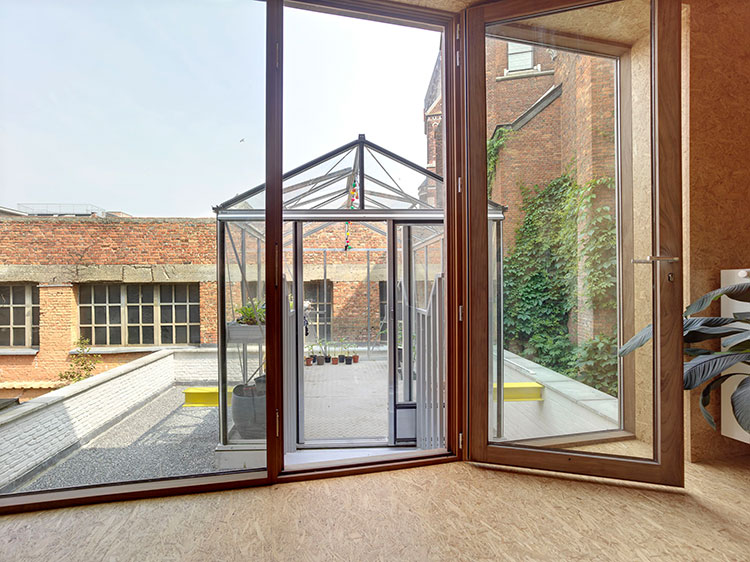 Where the garage door and entrance gate used to be, dmvA created an open space up to the patio. The result is a covered outdoor space underneath the house, where the car can be parked. The space is closed by a gate with steel blinds placed at an angle of 45 degrees. This kind of gate provides sufficient privacy, but still gives an open, light impression. Previously, the dark corner at the gate was a problematic spot in the street, but with the intervention of dmvA it has become a fresh corner that revives the street. dmvA not only created a house that met the wishes of the owner, but the refurbishment also led to a revival of the street. 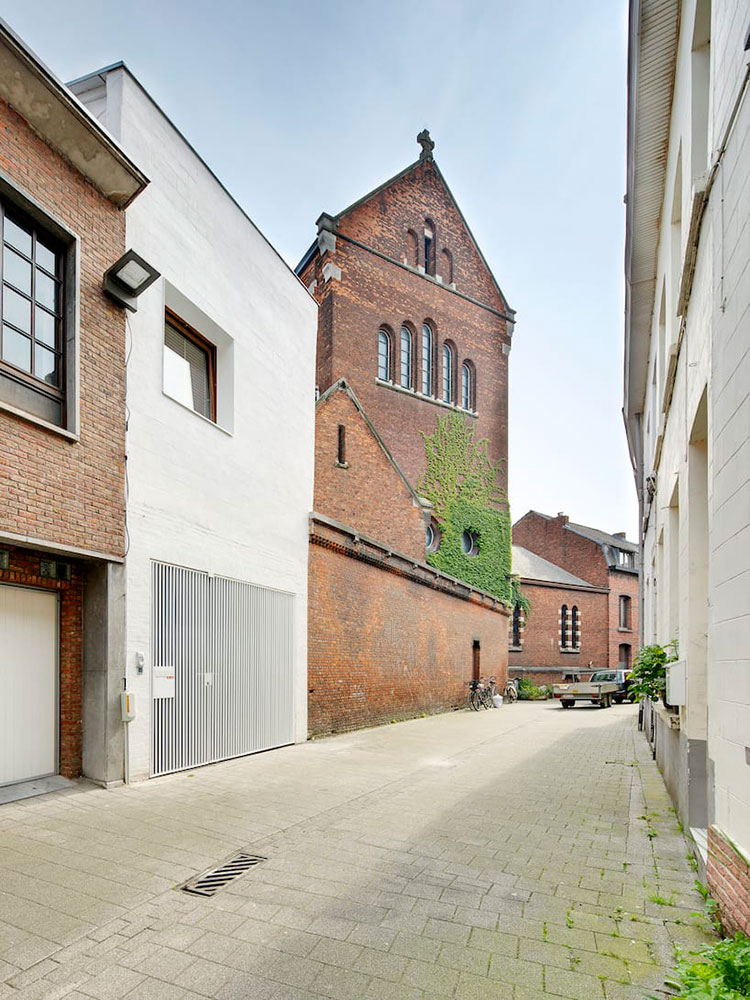 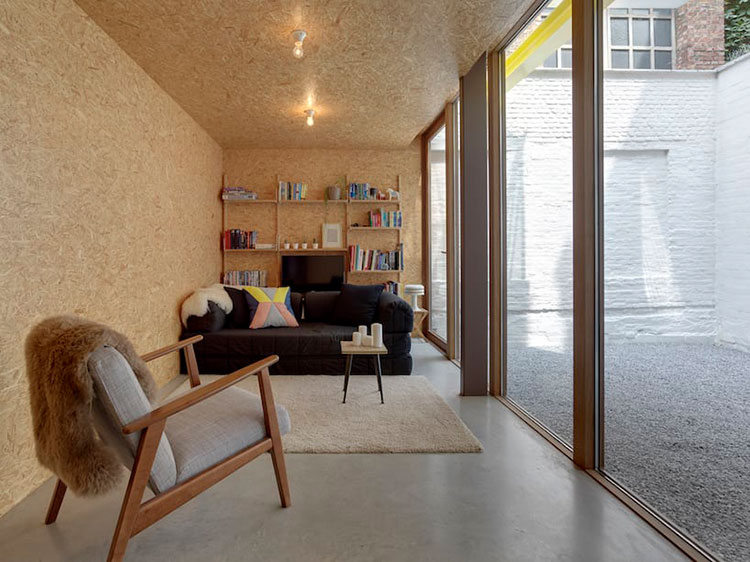 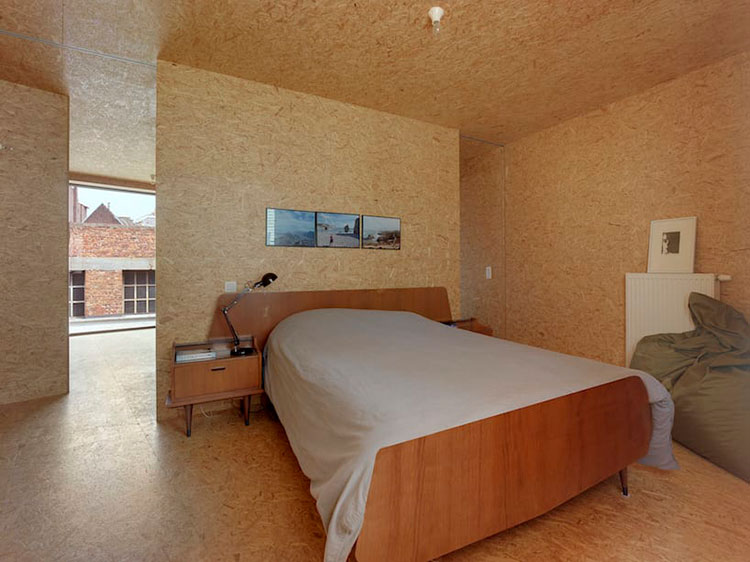 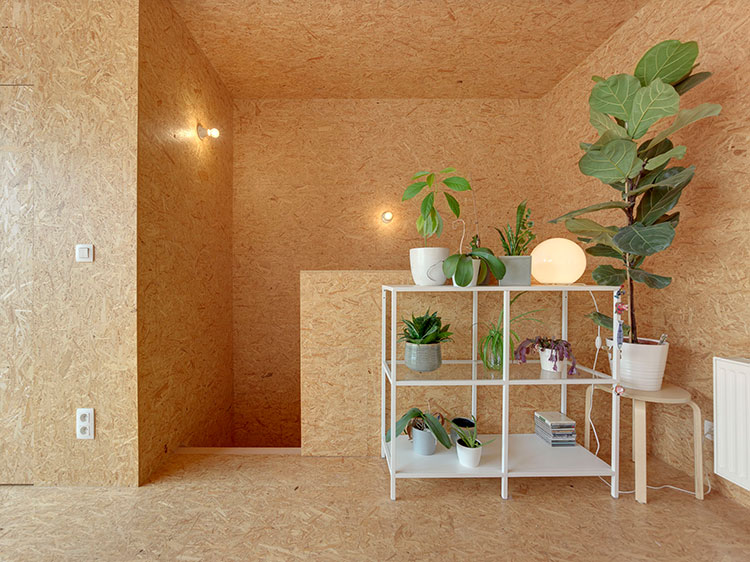 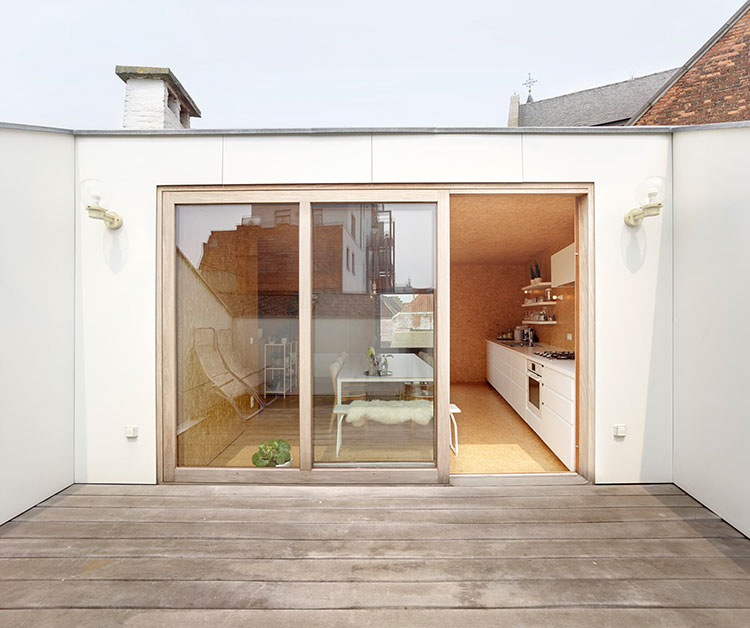 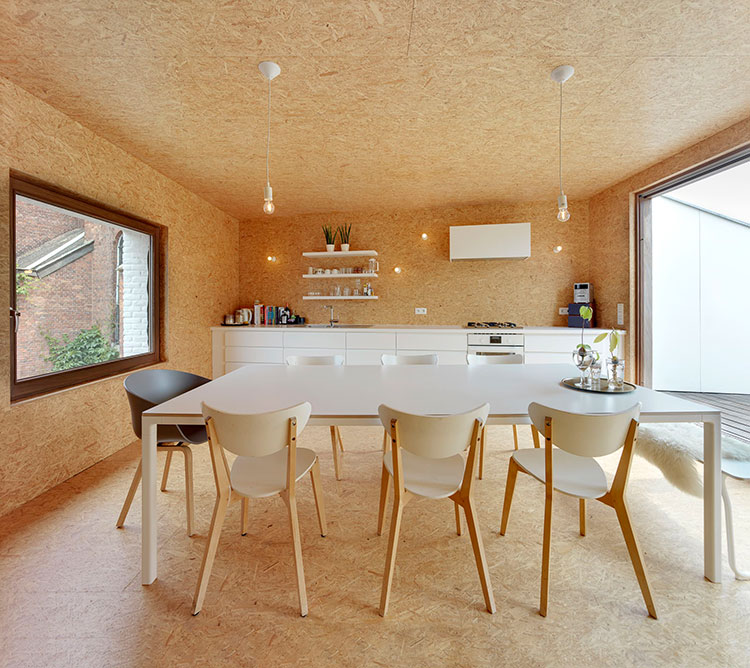 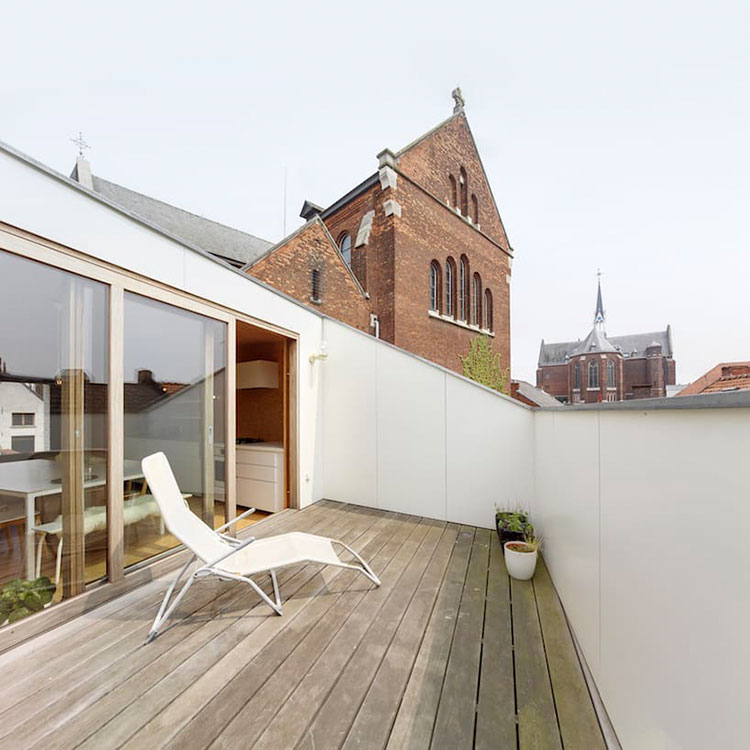 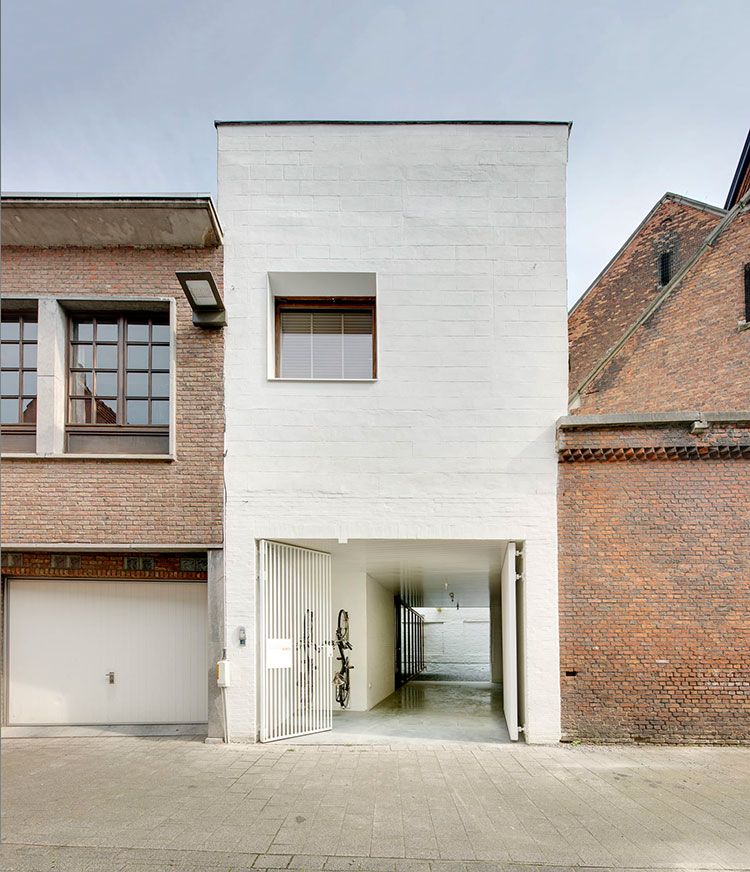