Architecture Studio Whispering Smith has completed House, the first of three carbon-neutral dwellings in Scarborough, a coastal suburb of Perth, Australia. The three-story dwelling packs all facilities in less than 200 square meters, including an underground garage and a loft bedroom on the top level. 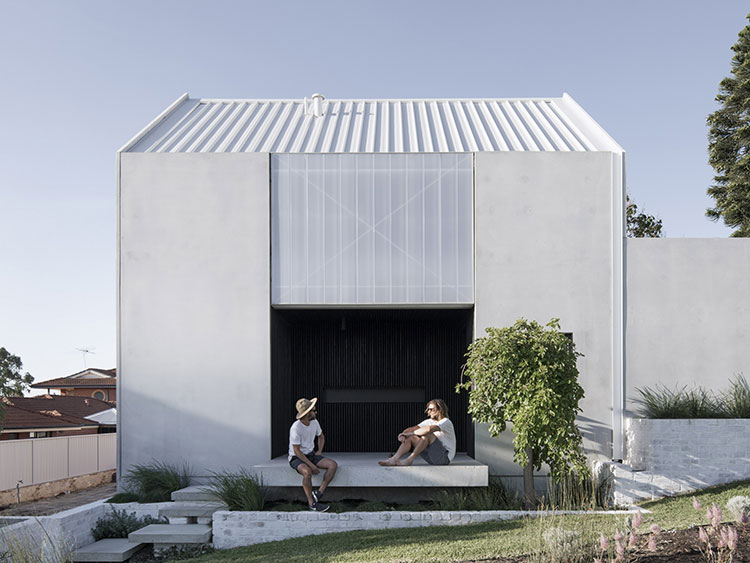 “The brief was to take a 175m2 block under Perth’s single bedroom dwelling code, and make an affordable and sustainable home for Whispering Smith’s Director, Kate and her partner Matt,” explains the studio. “House A is 70m2 of compact, flexible and delightful spaces which are capable of hosting a dinner party for 30 guests, illustrating that small can be big.”

Whispering Smith‘s sustainable, compact residence is made from high-recycled-content concrete panels and whitewashed, recycled brick. The diminutive footprint of the house was designed to maintain the existing mature trees and 1950’s house on site, with House A being allocated to the land left over. 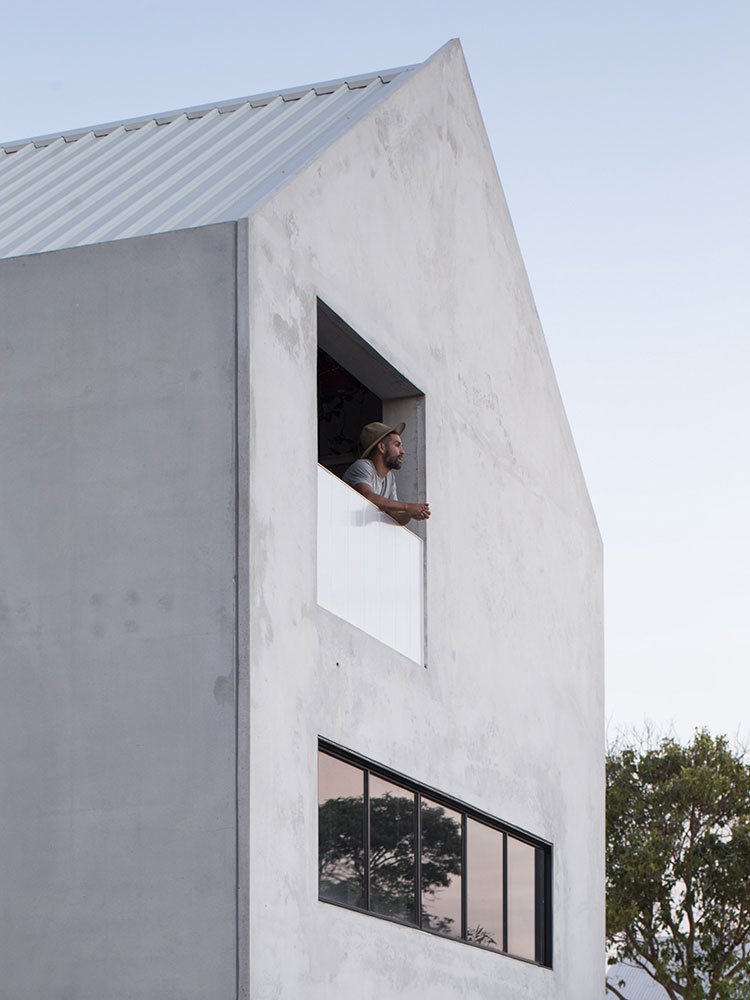 The house is a product of highly efficient planning and employed commercial tilt-up concrete construction methods to achieve a tighter and taller footprint. The project relied heavily on craft, detailing and a raw material or ‘wabi-sabi’ spec to provide amenity and delight in the small footprint. Whispering Smith merged spaces and volumes to achieve simultaneous privacy and openness without the need for doors and walls. When the cost of the build is considered in conjunction with the reduced investment in the land purchase it is apparent that innovative architecture meant the project was a financially viable one for its millennial occupants. 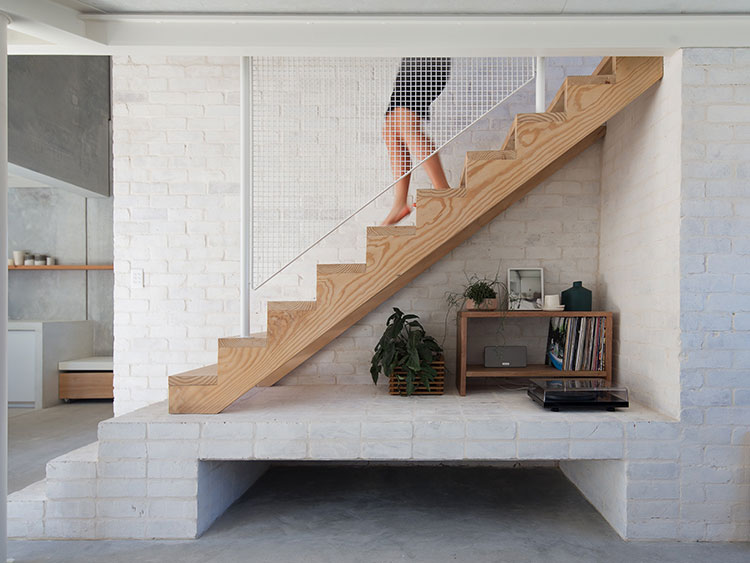 The interior features a selection of untreated materials in their natural, raw state, complemented by refined details in gold and generous amounts of vegetation. The lack of rigidly defined spaces ensures an organic flow of activity between areas, resulting to a lightweight dwelling of minimalist aesthetics.

House A’s front garden makes use of the verge as a native garden and outdoor living area and has increased the amenity of both the occupants of the house, the residents of the street and the local birdlife.

Landscaping House A’s verge provides an important cultural and environmental benefit, as well as replacing the much-needed green space for occupants as cities densify. Other sustainable aspects of the house include an underground raintank, solar panels, recycled materials and an internal drying line. 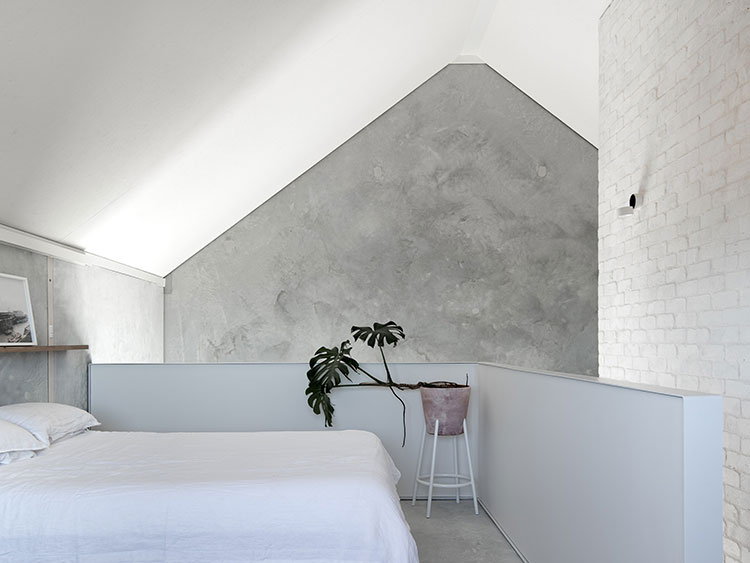 The soft grey concrete planes absorb and reflect the surrounding natural landscape, and House A’s minimal form is in stark contrast to its ubiquitous brick and tile neighbors. In the evenings, the house almost disappears into the late afternoon light, softly reflecting the colors of Scarborough’s sunsets. The design of House A was originally intended to challenge the status quo of oversized and low-quality housing in West Australia. Since its completion, the project has evolved to become a platform for Whispering Smith to share the positive power of architecture. 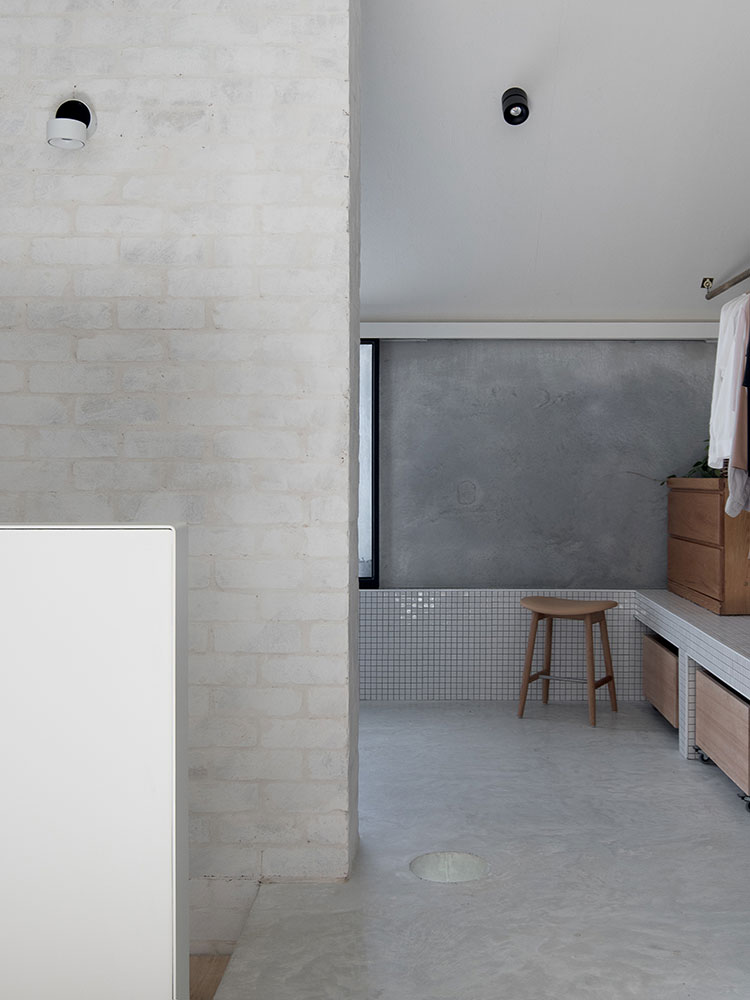 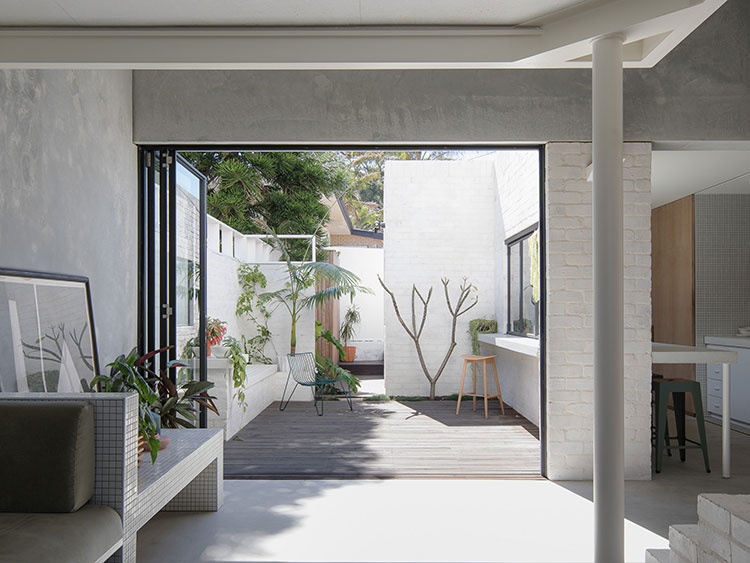 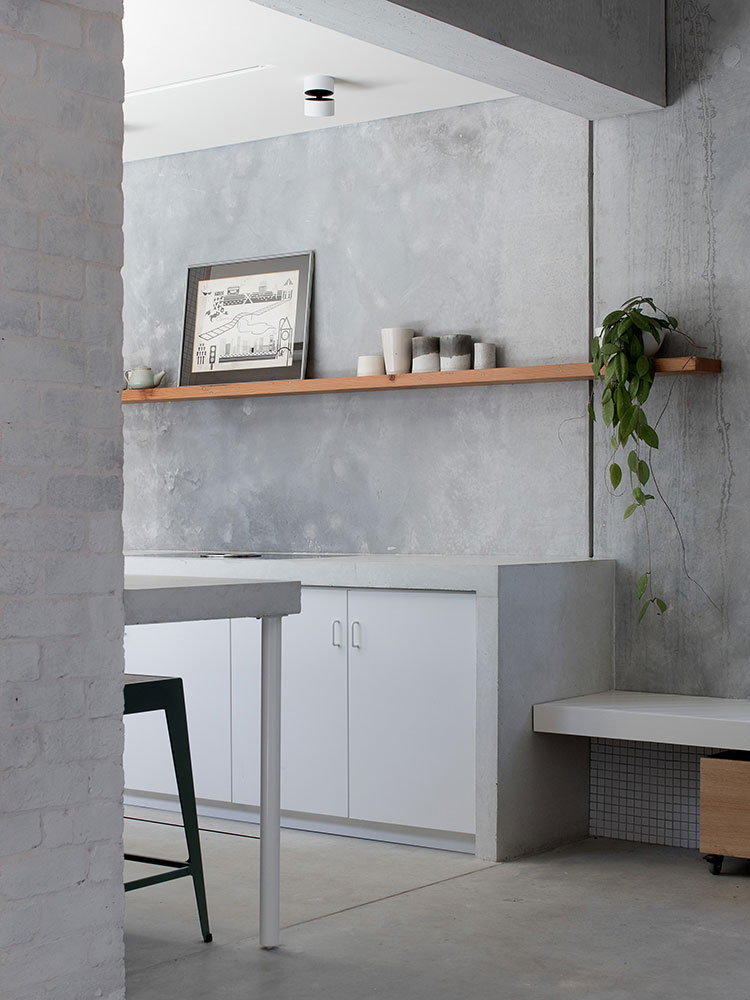 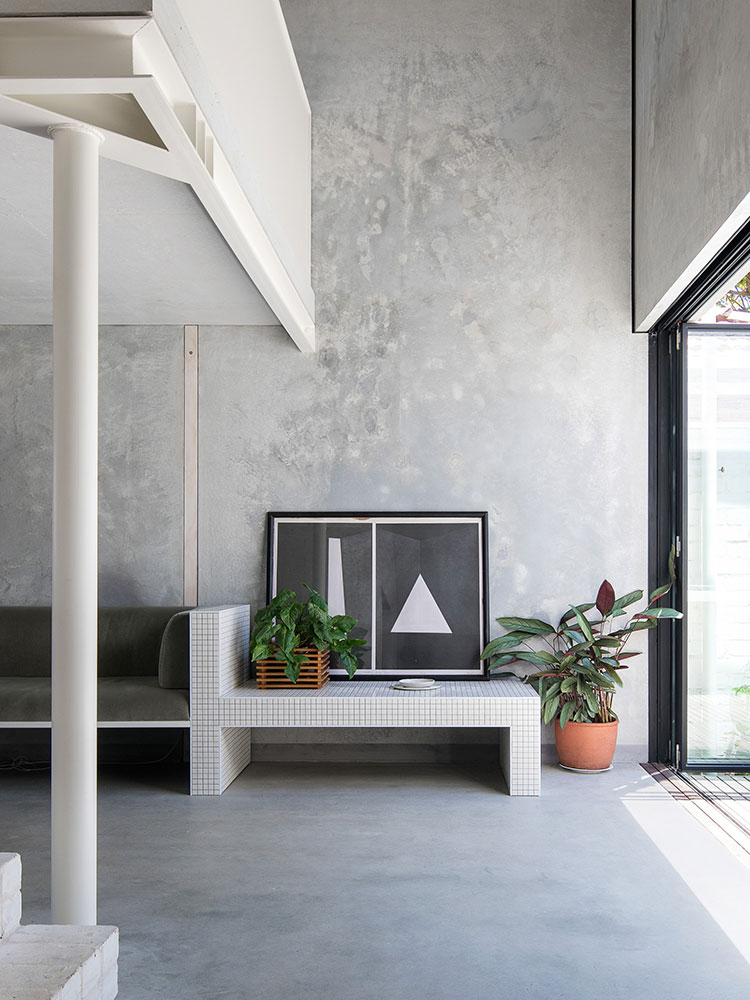