Sumiou Mizumoto and Yoshitaka Kuga of Japanese firm Alts Design Office have recently designed the Noji House for a young couple living with their three children in Shiga prefecture, Japan. With a feeling that current condo would be rather boxy to live by five family members, this project started by a determination to build a free-standing house. 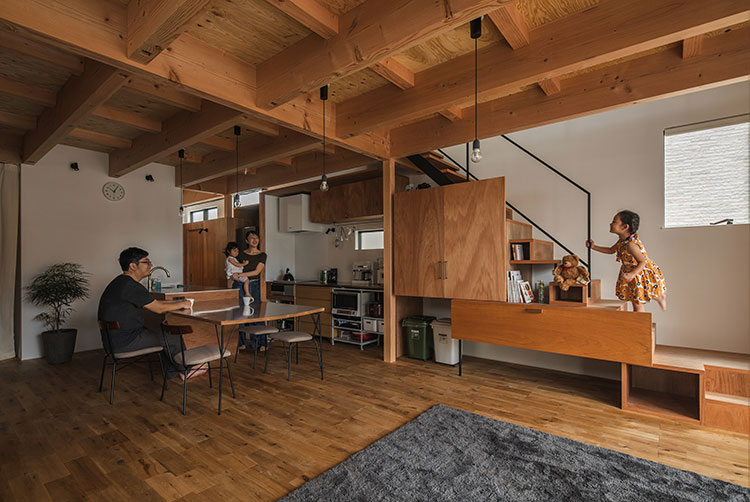 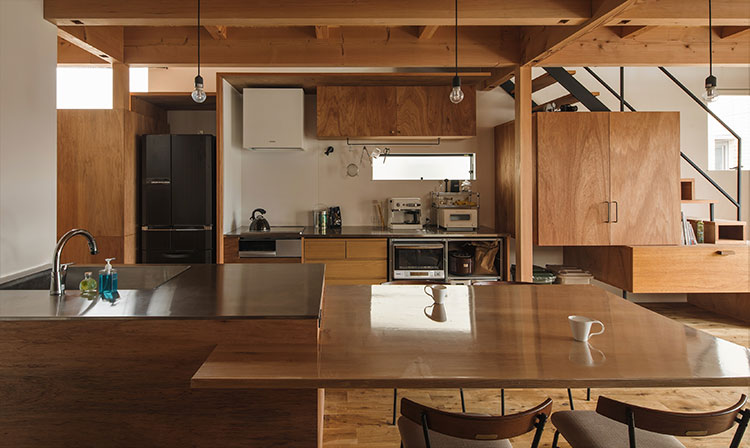 The site with an area of about 150 square meters is located at an urban area in an excellent location about 15 minutes on foot from the closest station. The owners worried whether an ample living room could be created for the family to spend cheerfully and comfortably while prioritizing securement of a space to store possessions of their three children which was expected to increase along with their growth.

“We tried to create such a house within a limited floor area that can be equipped with adequate storage space required for daily living while enhancing the way of life for the family of five,” explains Alts Design Office. “Therefore, we have considered how to utilize space effectively by reviewing way of storing.” 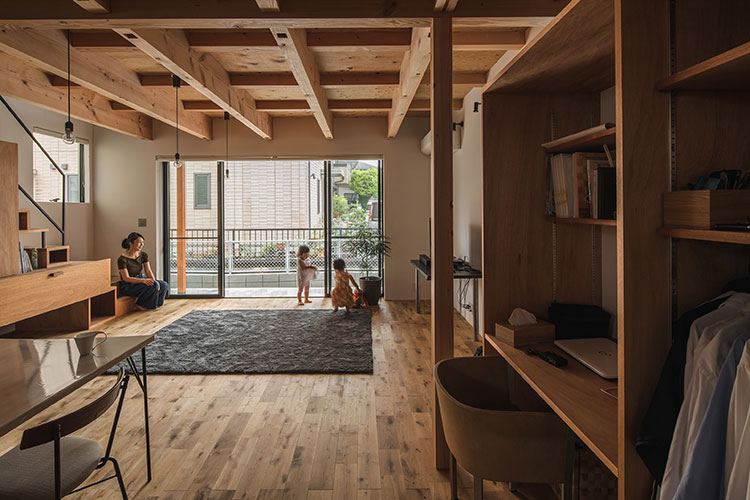 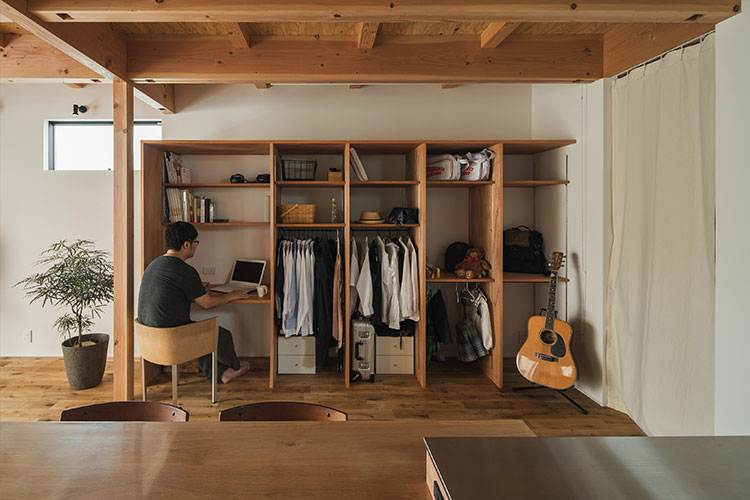 When it comes to storage, such spaces called as closet, storage room and armoire that are not opened to space and confined are created in general, but the method to secure such storage space within a limited space results in sacrificing largeness in area for living space such as living room.

Considering where and what to be stored, Alts Design Office tried to create an additional function for storage not just establishing a space of storage. Stairs work as a part of storage space which is also available as a student desk and the chair works as a storage space. Blank is generated in the space by sprinkling storage spaces with additional function. The blank space turns into children’s playing space and den space as well when they get into the blank. By connecting such storage, functions and living space loosely, diverse and rich space has been created. 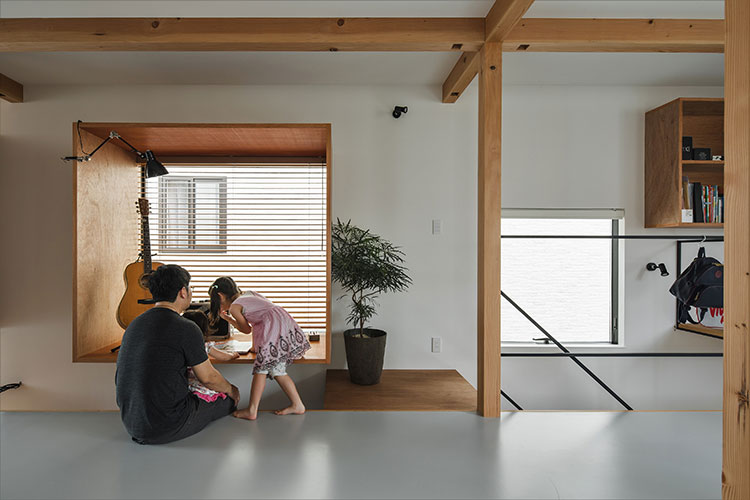 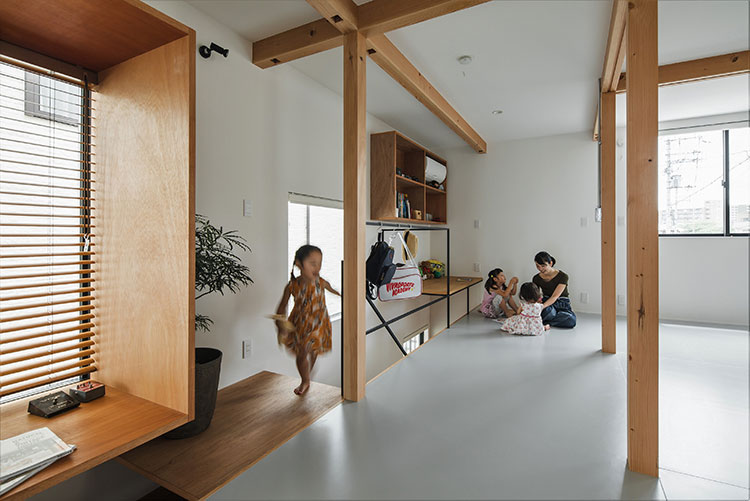 By sprinkling storage furniture on the wall while abandoning a concept that storage is just a space for clearing objects up, Alts Design Office has created a lively space that appearance of their children is perceived everywhere because storage space has integrated into a part of daily life due to eliminated waste space making it possible to use the space widely.

Unprecedented extensive space design has been performed for the house by delivering added value to storage space which was supposed to use just for clearing objects up. 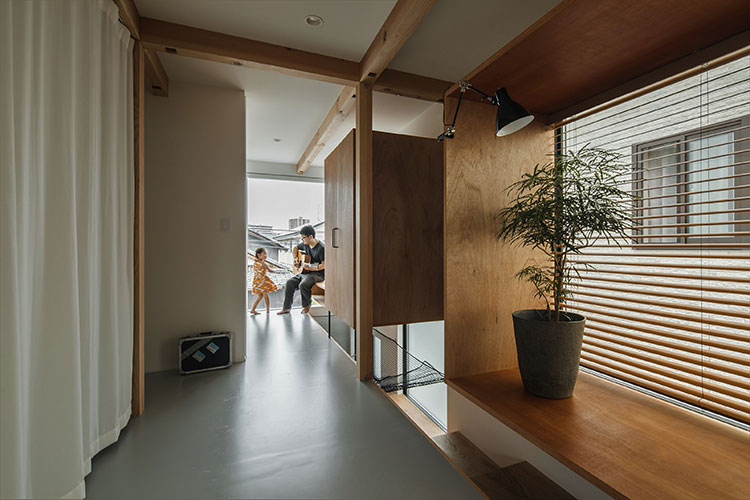 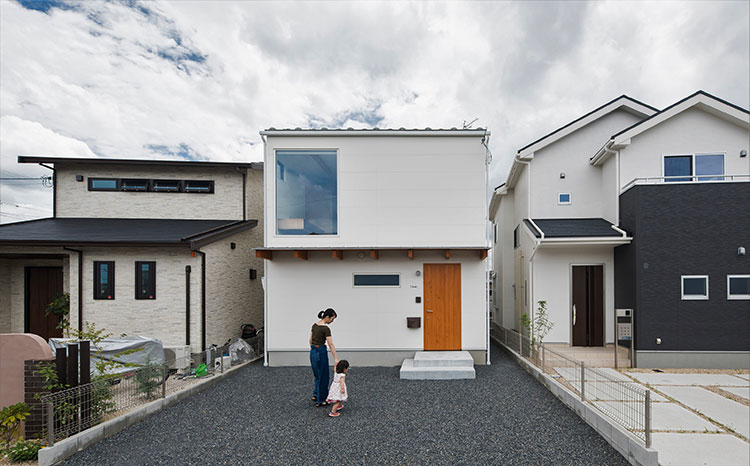