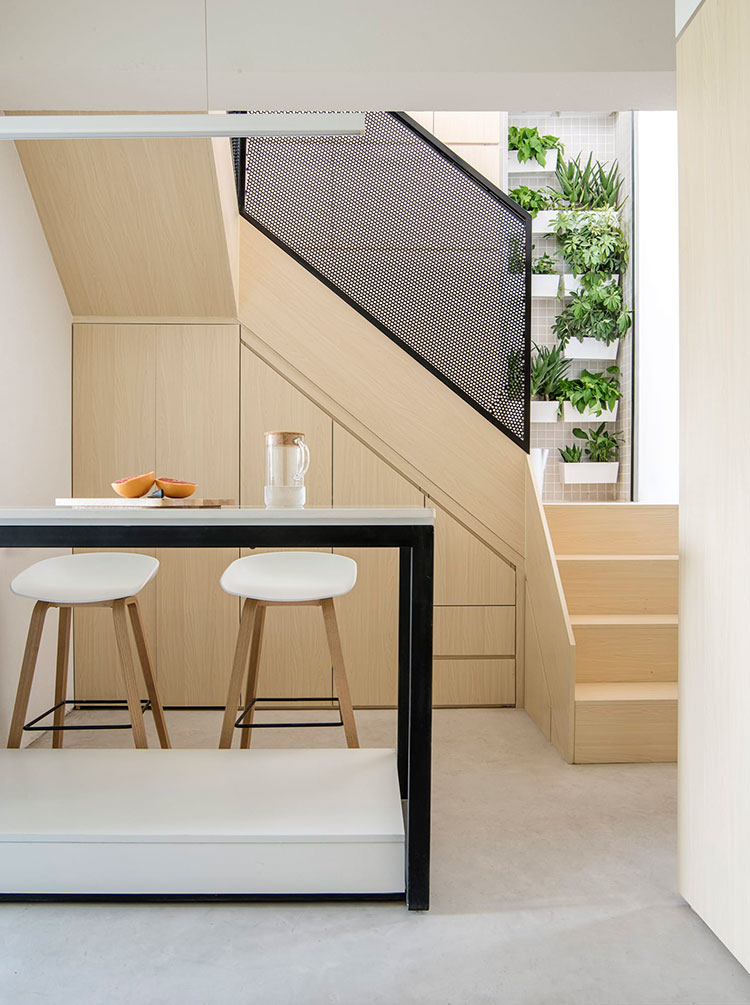 In this Tv show, Superimpose utilized this opportunity to create public awareness towards the poor living and interior standards of Beijing apartments. This project showcases the design philosophy on residential projects based on the principles of natural (day) light, spatiality, neatness/ simplicity, sustainability and its close relation to green.

In the existing plan configuration, the living room was situated on the east side of the house and had an obstructive stair limiting the good use of the space. The small pocket spaces at the east side of the house reduced penetration of natural daylight. The lower level suffered from an excessive amount of walls, blocking sunlight and ventilation, which resulted in a humid and unhealthy living environment. 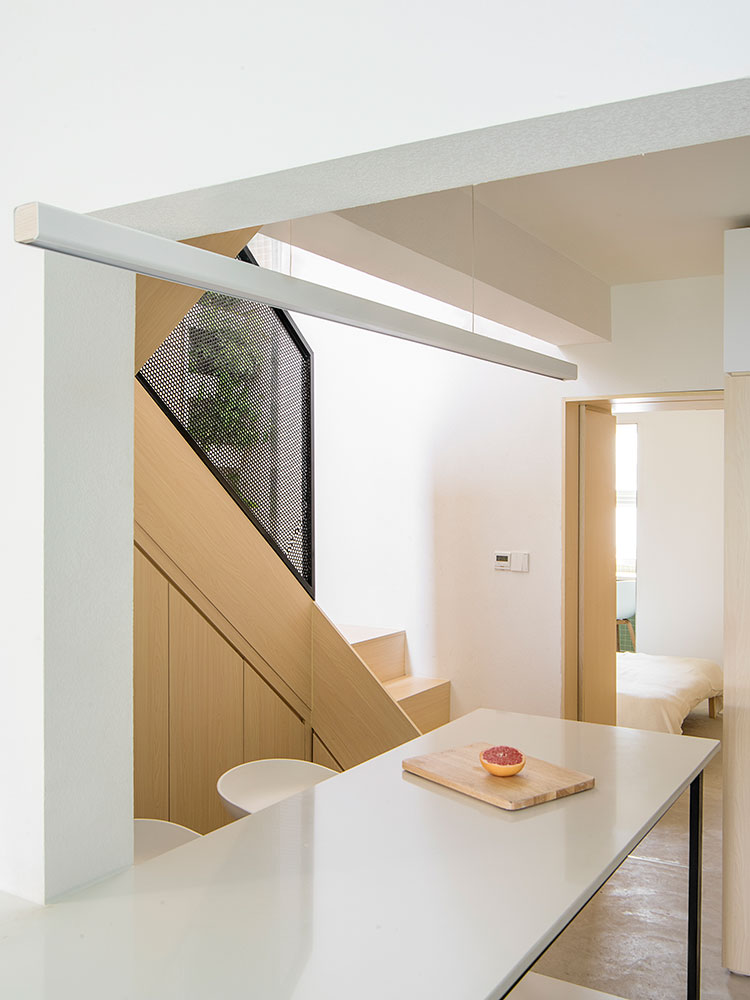 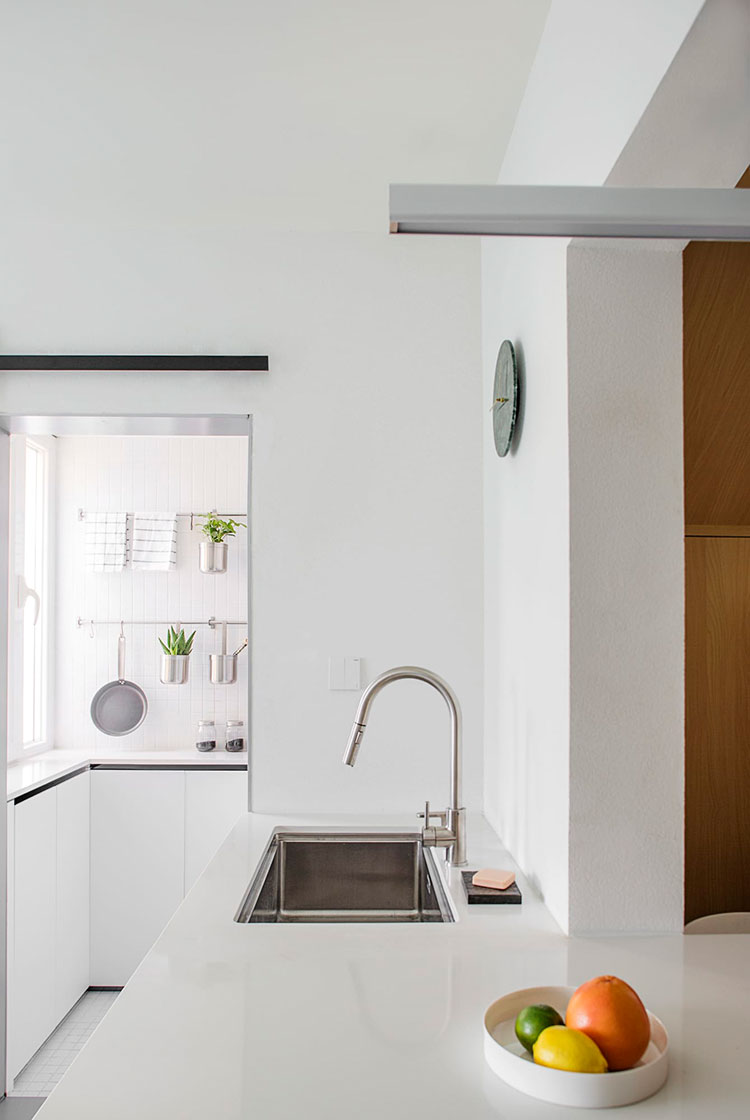 A new staircase is introduced in the center part of the apartment, which makes the brighter spaces available for the living room and dining area. A void is created to place the staircase as the centerpiece and to channel daylight from the second floor to the darkest part of the lower floor, simultaneously showcasing the double height and spaciousness of the loft. A black balustrade adds contrast to the apartment and accentuates the architectural importance of the staircase.

One hundred plants are growing inside tiled alcoves placed through the apartment. With the flexible planter wall system, this can fulfill the couple’s wish to add green to the apartment. The central staircase features a collection of these planters, highlighting the green character of the space upon entering the apartment. A similar strategy is applied to the formerly dead-end and un-usable pocket spaces as they are transformed into a study room and a winter garden.

The landlord insisted on having an enclosed kitchen to prevent cooking fumes entering into the living room. Superimpose organized the plan in such a way that the cooking area could be fully separated with a sliding door, whilst no concessions were made to the spaciousness of the living and dining area. The kitchen countertop extends through the space forming the dining table, making it both suitable for dining and for cooking preparation. 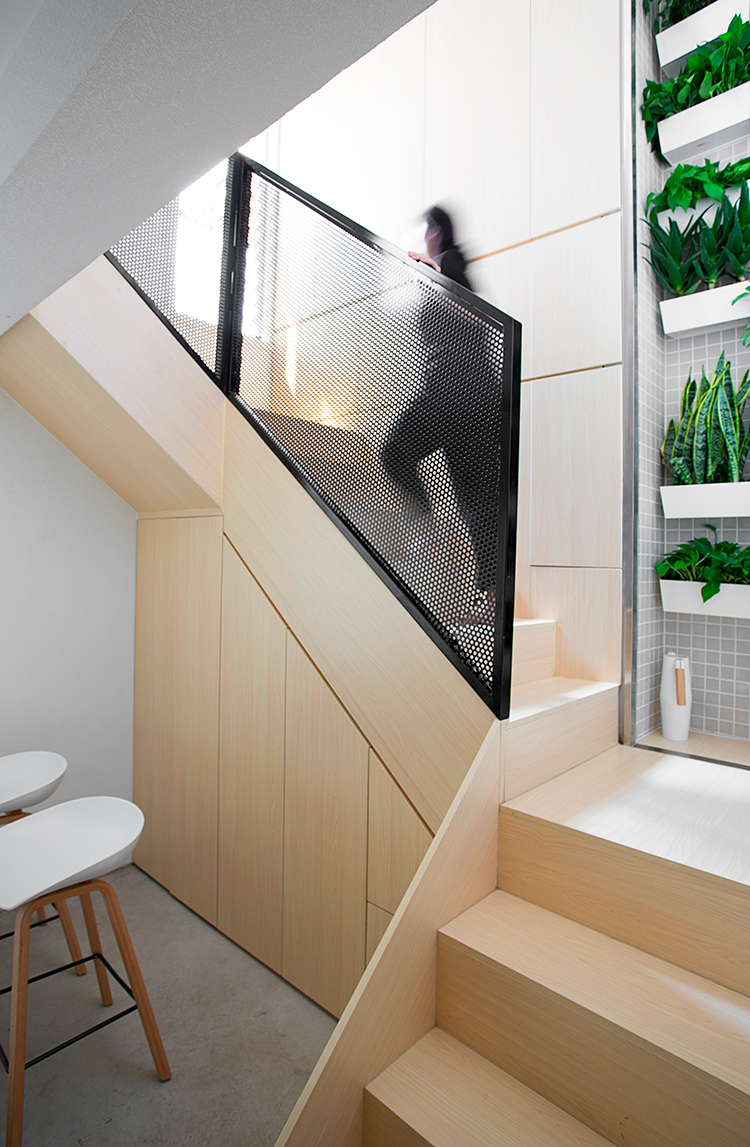 In order to make the small apartment feel spacious, smart solutions were applied to integrate storage space such as utilizing the space underneath and surrounding the staircase and under lower beam locations. Boiler, gas meter, electricity inlet, air-conditioning units, fridge and oven are integrated around the staircase. The first-floor bathroom is hidden behind the cabinet wall whilst the second floor hosts a larger bathroom where washing and drying machines are located. 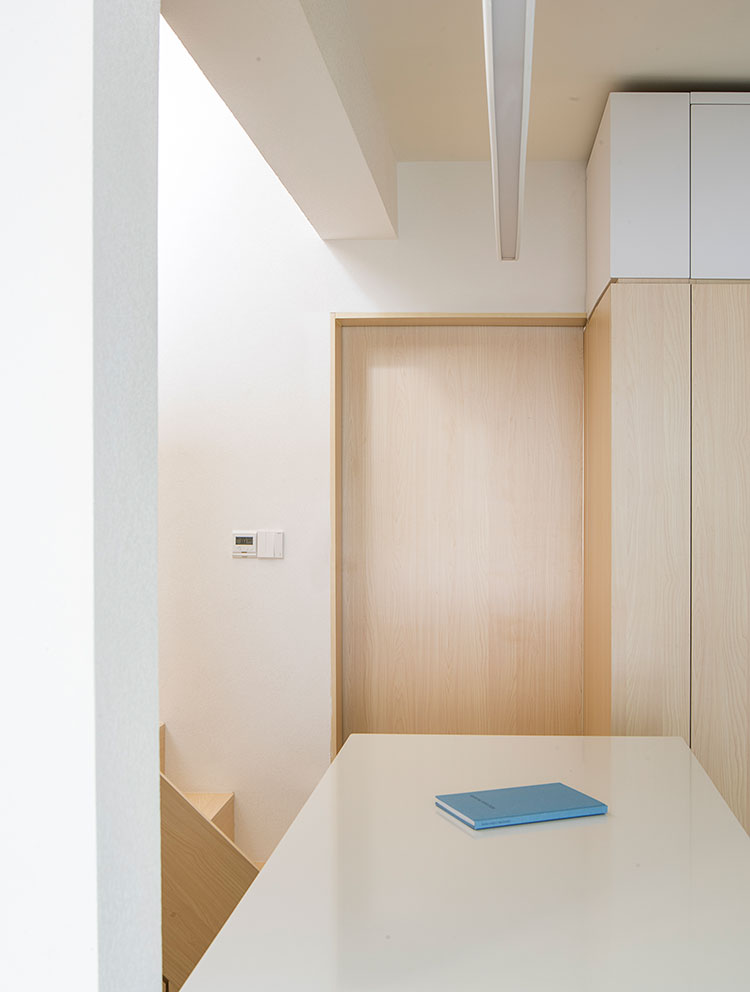 Superimpose believes that the living environment shapes the wellbeing and lifestyle of its inhabitants. The Sun-loft is a comfort and functionality driven design that aligns daily rituals with the sun orientation. Superimpose holistically integrates daylight, green and spatial quality and achieves a liveable Beijing household. 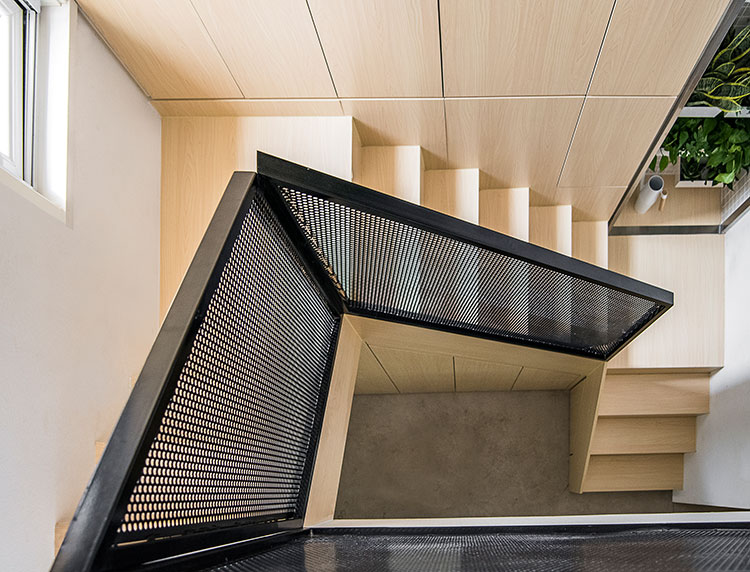 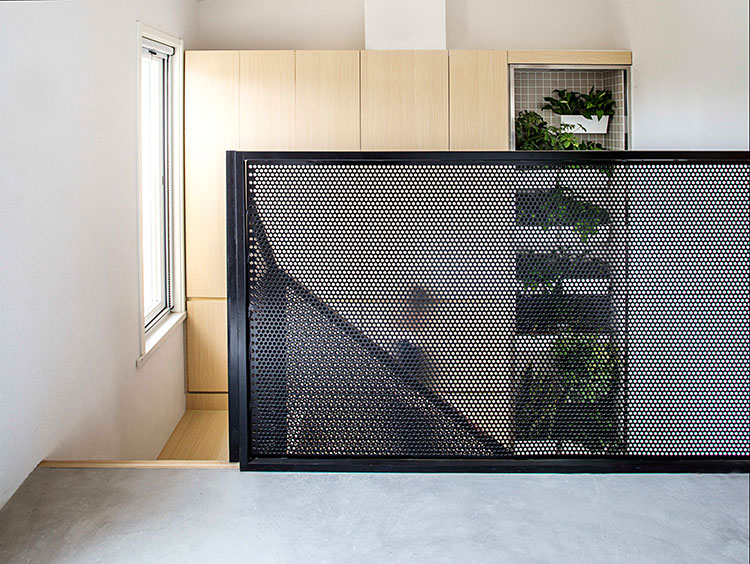 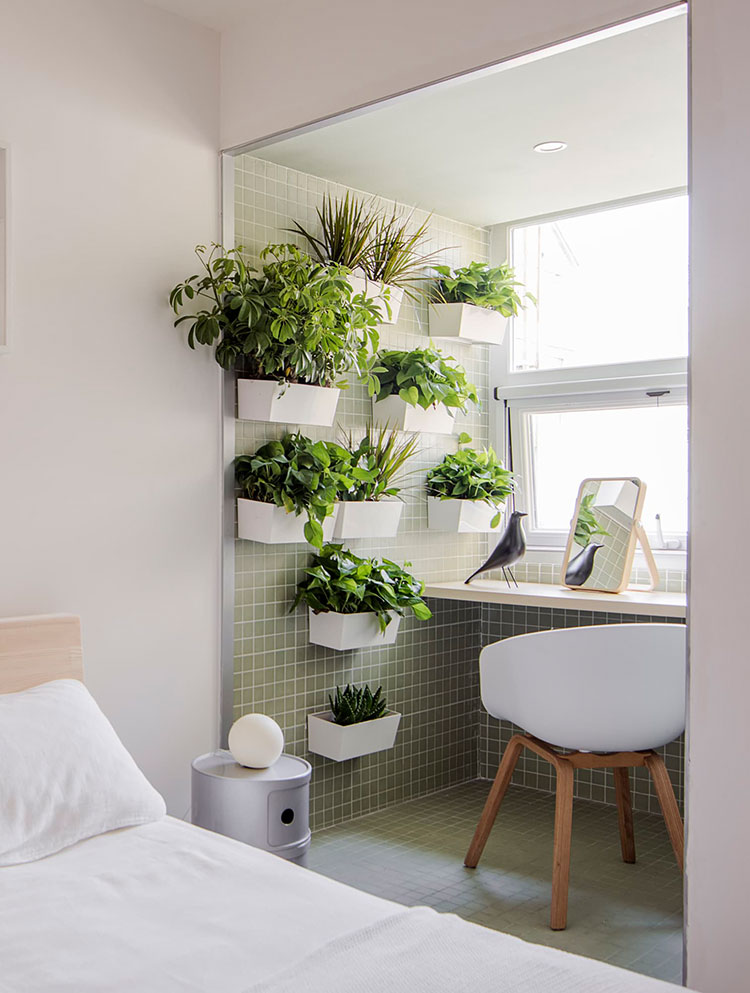 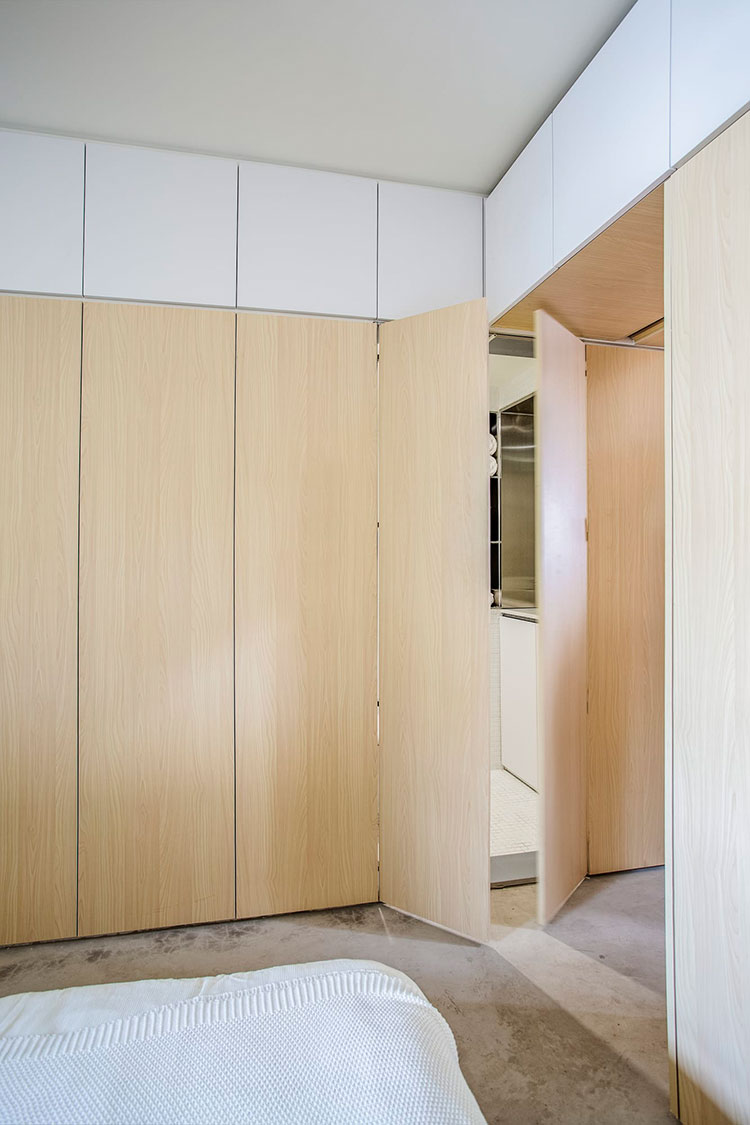 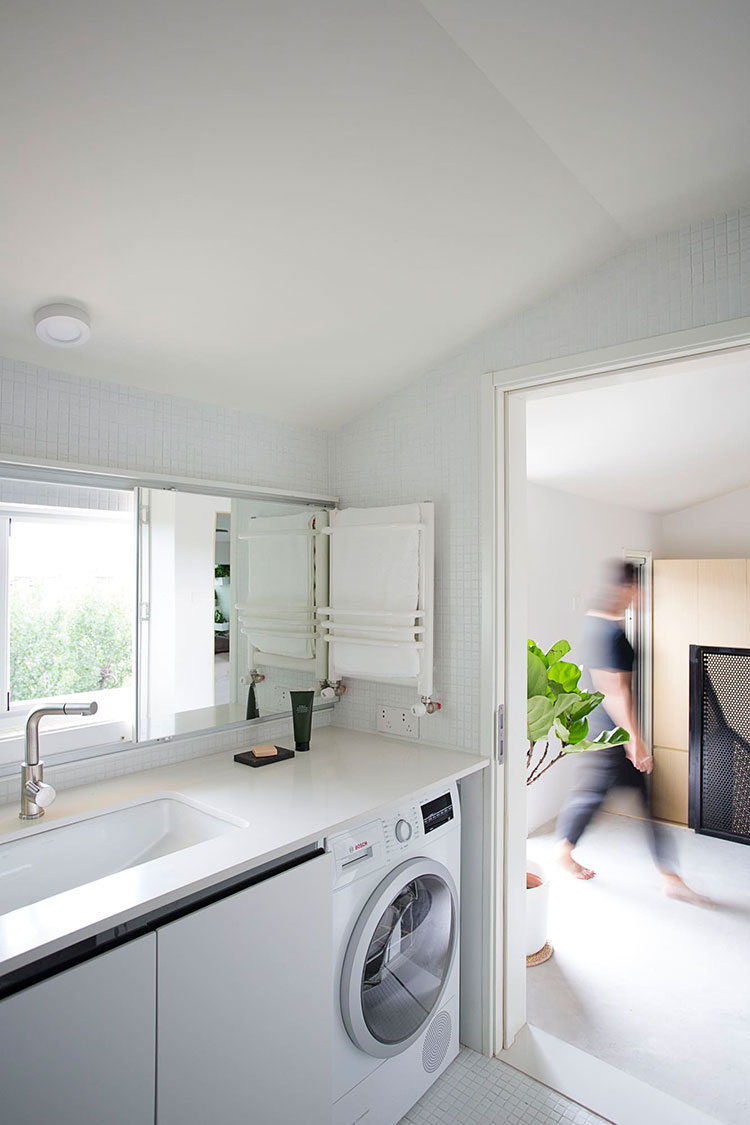