The West Chelsea Apartment occupies the third floor of a 1910 building and was acquired by architects Daniel Rauchwerger and Noam Dvir of BoND in spring 2017. Although the space boasted high ceilings and large windows, its elongated plan – typical of many pre-war residential buildings in New York – meant that not much light was able to reach the middle of the apartment. 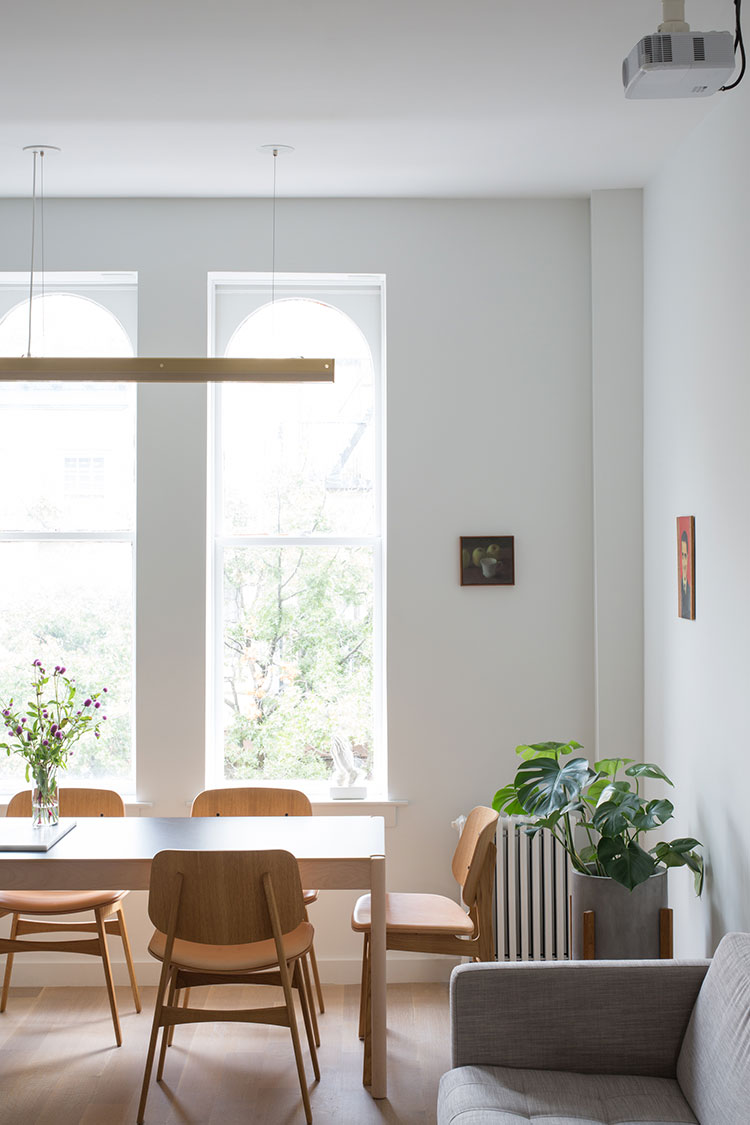 “Similar to the ‘railroad apartment’, it takes the shape of a long and narrow rectangle that draws light from the building’s front and rear sides,” explains BoND. In its original layout, prior to BoND’s intervention, the apartment was divided into three distinct sections: a living room, a bedroom, and a closed-off corridor connecting the two – which housed the kitchen and the bathroom.

The architects removed these partitions to create one continuous space, celebrating the apartment’s elongated proportions and maximizing the illusion of depth. The forced perspective is further enhanced by a series of inset lighting fixtures that extend linearly from the kitchen into the bedroom, and a wood floor pattern which highlights the length rather the width of the space. The renovation created a clear distinction between the western wall – along which the apartment’s utilities, services and hardware are located – and the eastern wall, which was left blank to provide room for art display. 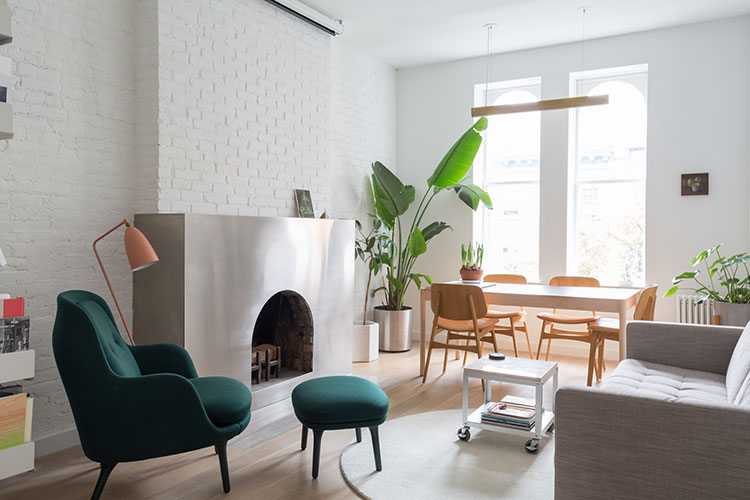 The renovation makes use of custom design details combined with off-the-shelf products. The fireplace, for example, is an original (and functioning) fixture of the apartment. Its brick core is wrapped by a cut-and-folded sheet made of stainless steel, which BoND commissioned at a local workshop in Chinatown, giving the room a contemporary edge. The metallic effect is echoed by use of a lighting fixture made of brass, which hangs above the dining table. The kitchen features “hacked” IKEA cabinets combined with integrated appliances and a custom marble slab. 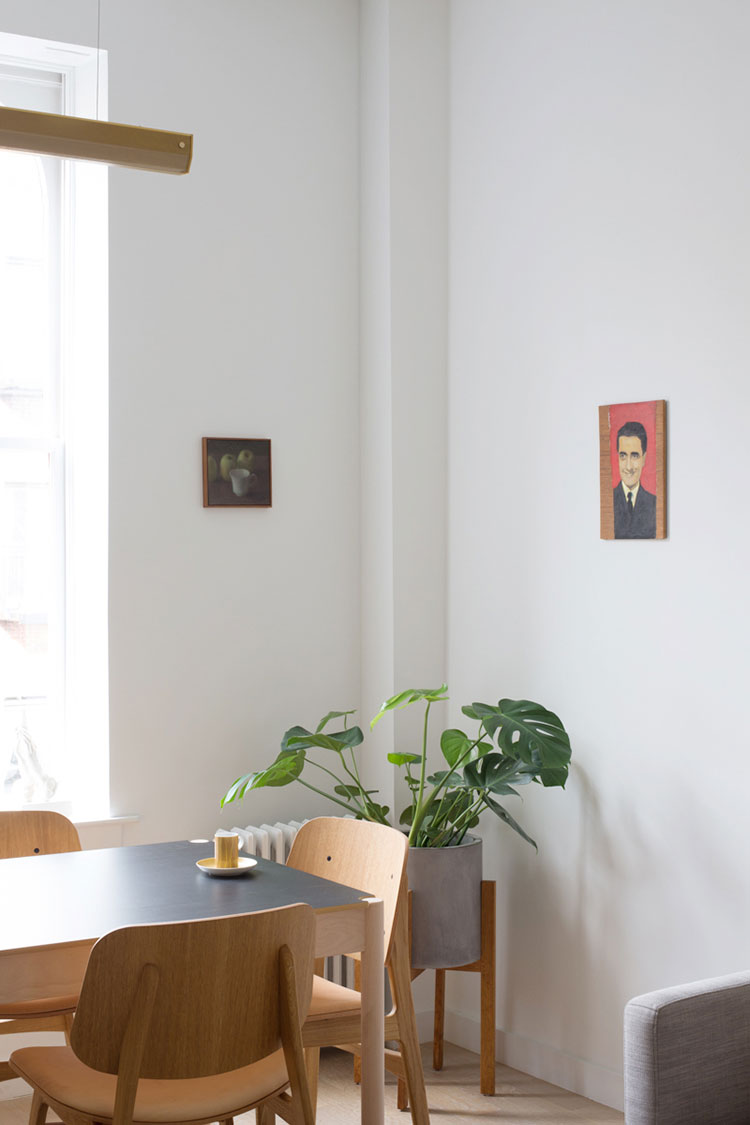 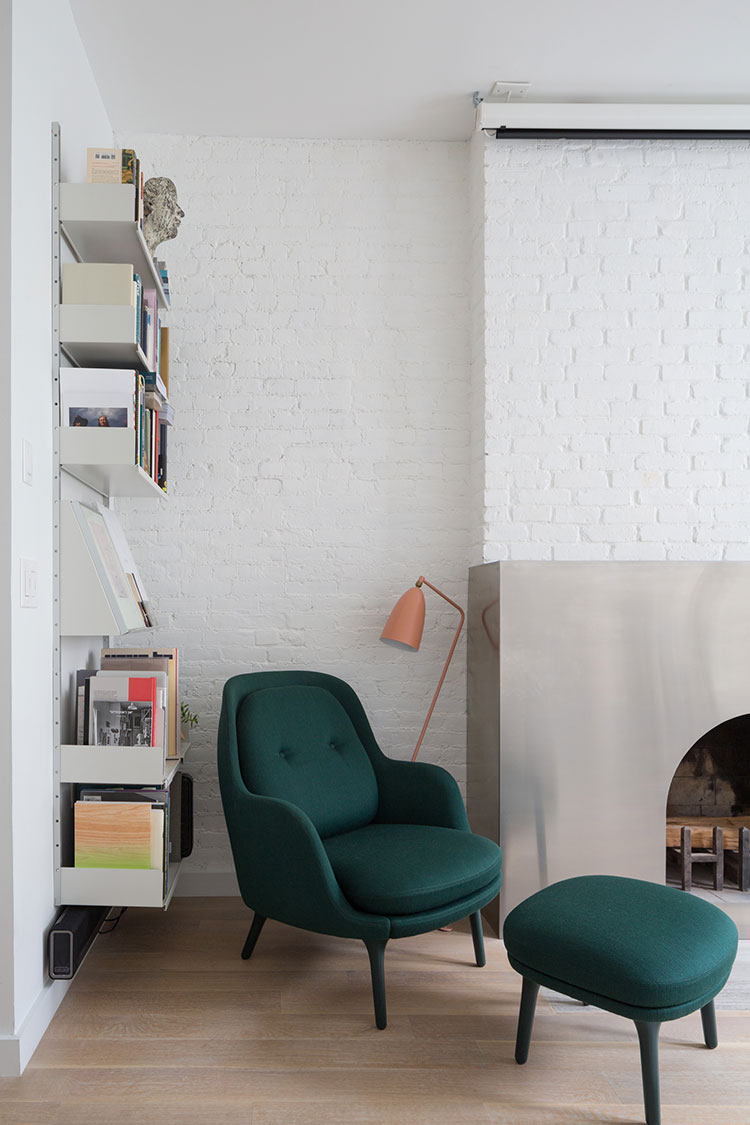 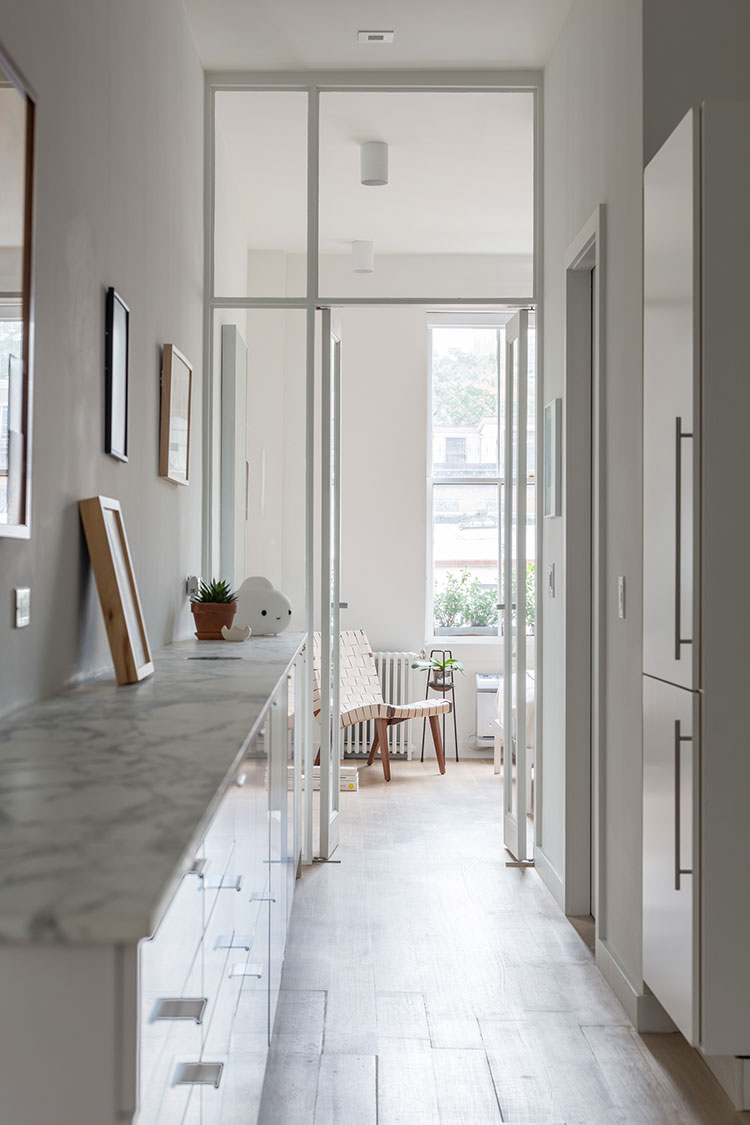 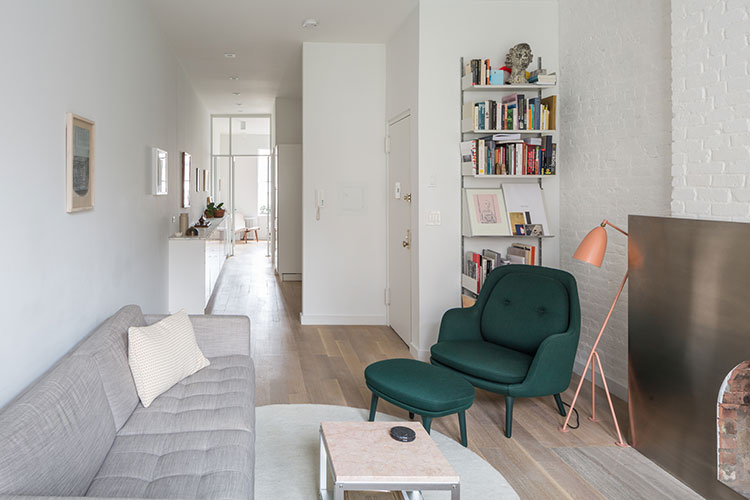 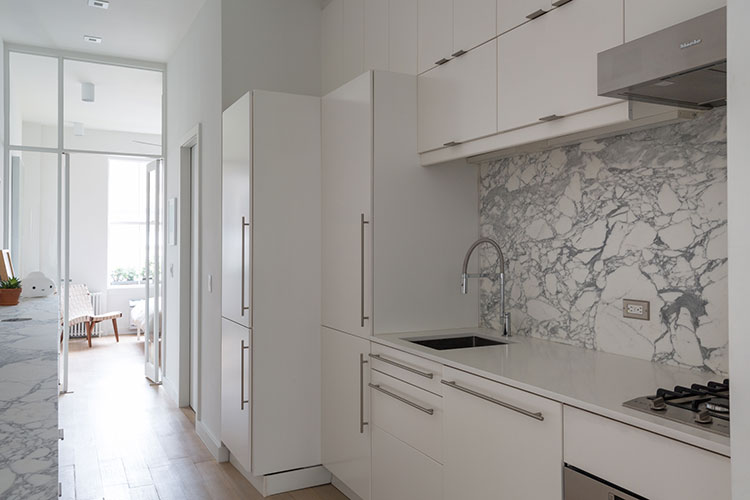 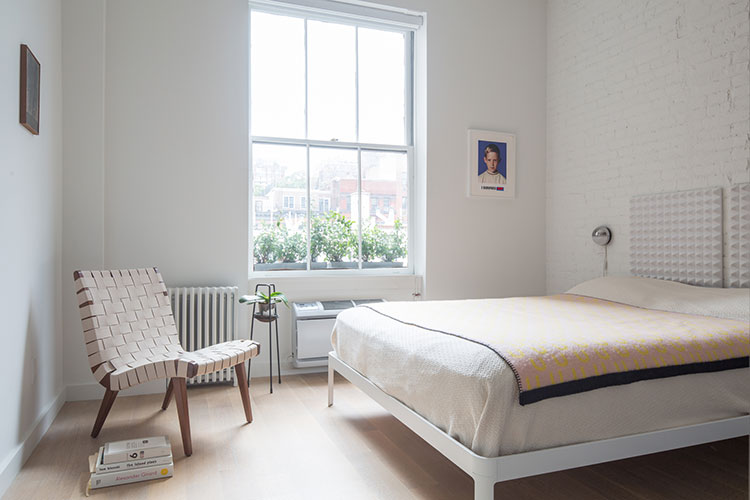 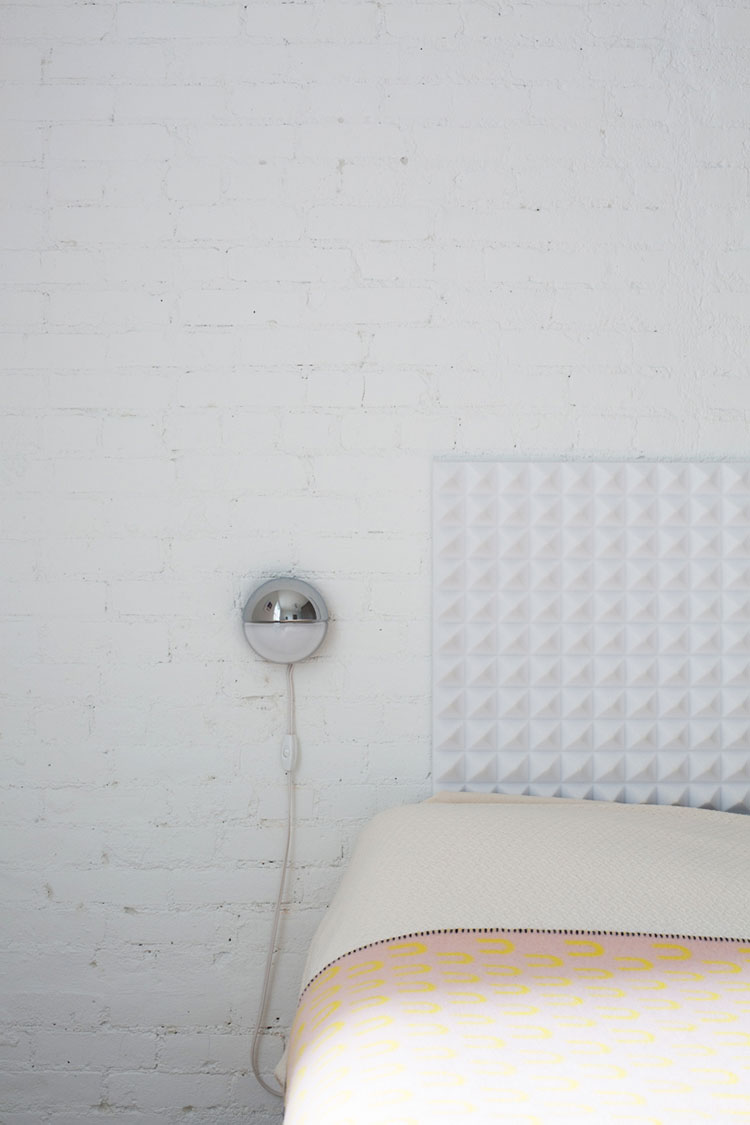 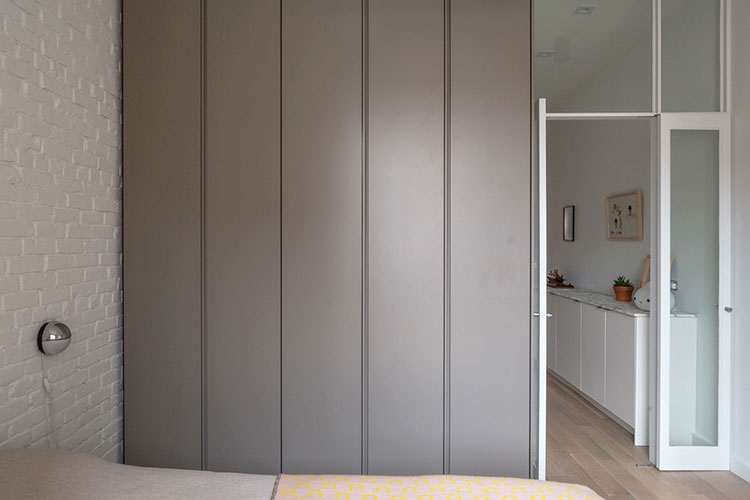 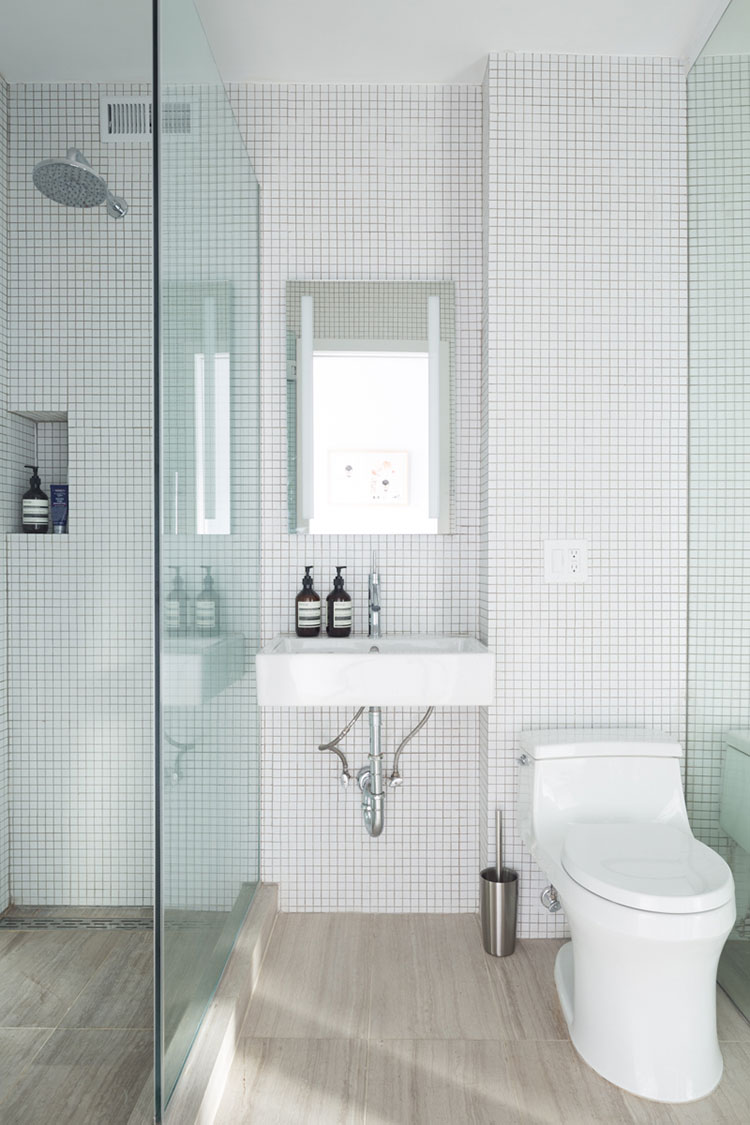