Australian practice Tim Spicer Architects has recently extended and renovated this house originally designed by British Architect Hugh Tuffley in the early 2000’s in the leafy surrounds of Shoreham on the Mornington Peninsula, Victoria, Australia. The renovation and addition needed a sensitive, well-considered approach to create unity between the old and the new, without an obvious signature of new architects. The design intent was to update what was already a beautiful house, yet make it feel like it had all been built at the same time. 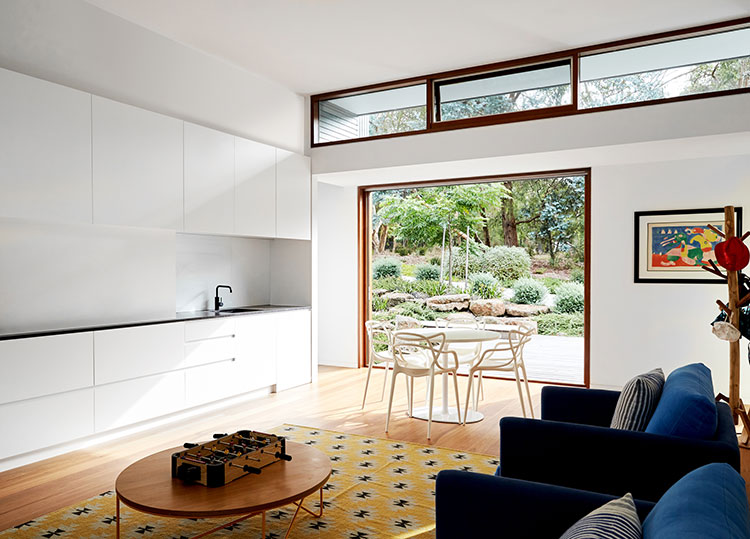 To achieve this, the architects took inspiration from the timeless clean lines of the existing form and detailing, as well as using and expanding on the existing color palette and materials both inside and out. The new form took these cues and gave them a contemporary twist. Despite being located on a large leafy block, the existing building did not take full advantage of its lush surrounds and the garden, while having great potential, was in need of rejuvenation.

The design included additional windows to the existing areas to connect them to the garden, while the new areas utilize large glazed doors and windows that opened up onto the newly landscaped gardens. This was particularly important at the junction between the old and new building, where a glazed bridge walkway was designed to connect the two areas, creating a lush sun-filled courtyard garden between the master and the guest wing. The landscaping was designed to nestle the building into the landscape, the meandering paths connecting the internal spaces with the outside. 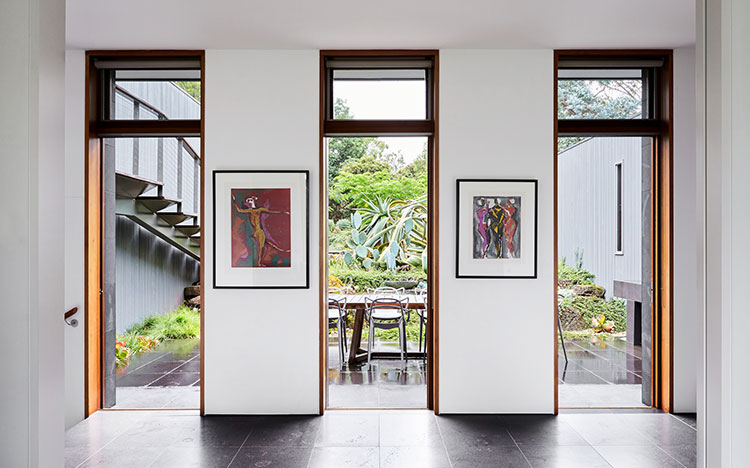 The original house often created confusion to new guests trying to find the entry. To overcome this a new covered walkway was designed with additional lighting and landscaping to draw people towards the front door. With new owners came a large family and a multitude of friends who regularly come to stay, so they required additional bedrooms, bathrooms and a separate area where the grandkids could play. To provide some privacy for the guests, a separate wing was created, which could be shut off when only the owners were in residence. As keen entertainers, the owners needed an updated kitchen and living area, in addition to updating the master ensuite, laundry and walk in wardrobe. 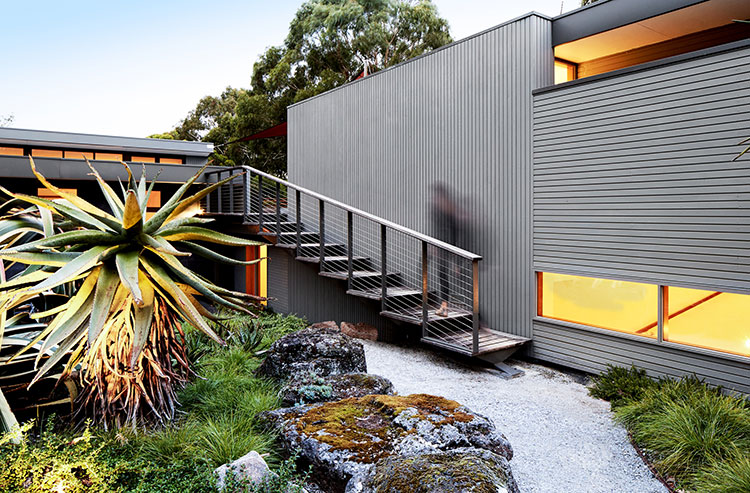 The upstairs deck, which afforded the only view of the ocean, was only accessible from the master area. The Architects designed a “slow stair”, the low gradient staircase’s oversized treads slowing the journey from point A to B. In this case, the ground floor courtyard to the roof deck, encouraging the occupants to take their time and enjoy the journey and surrounds as they rise to the ocean view amongst the trees. 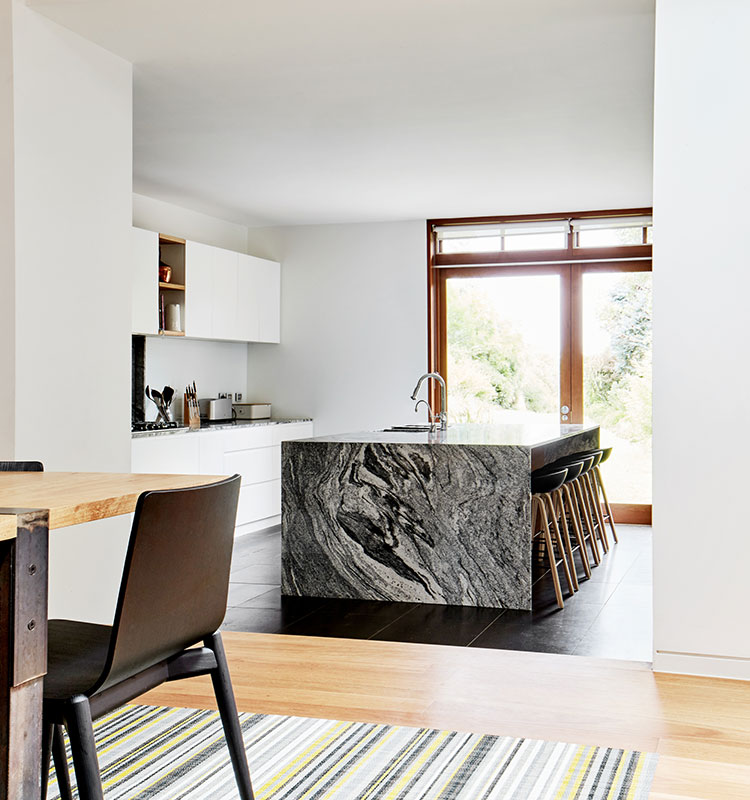 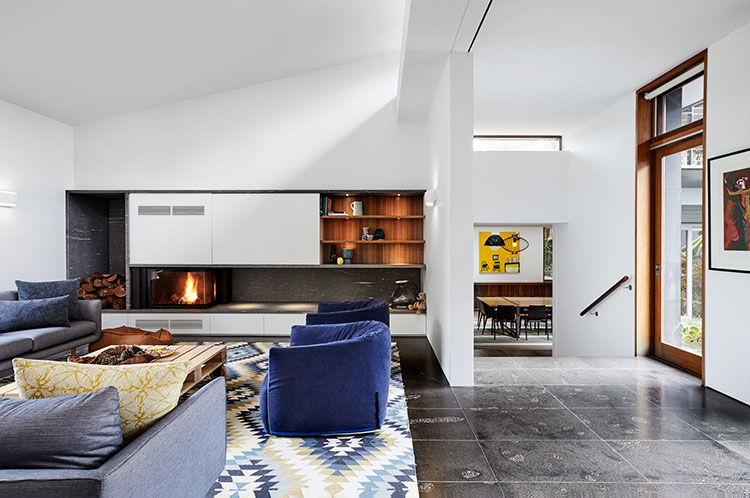 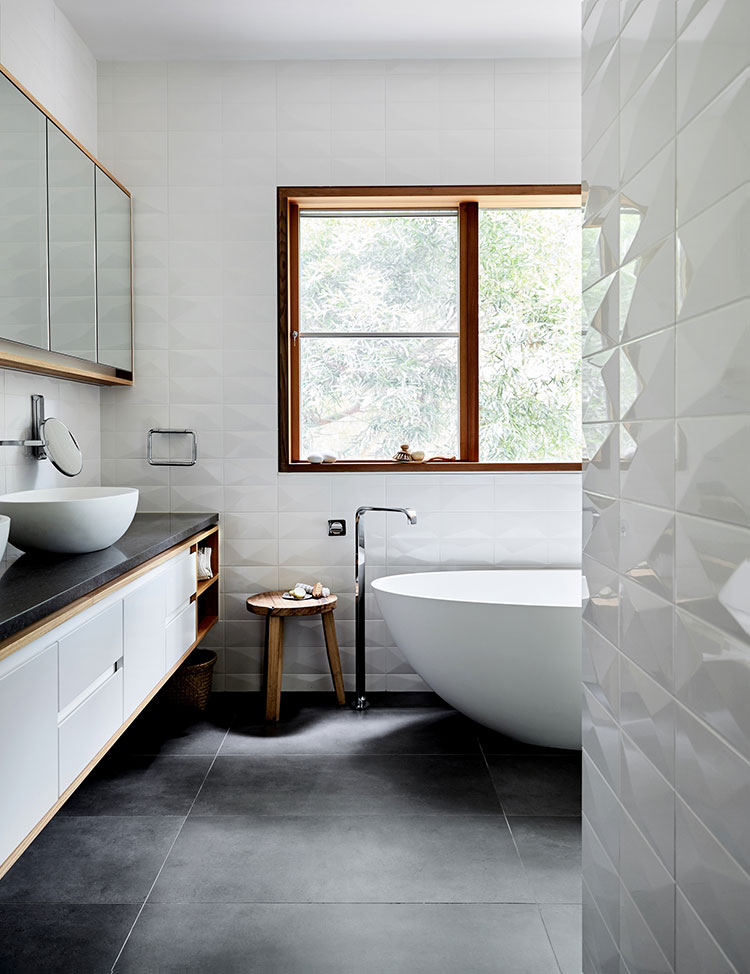 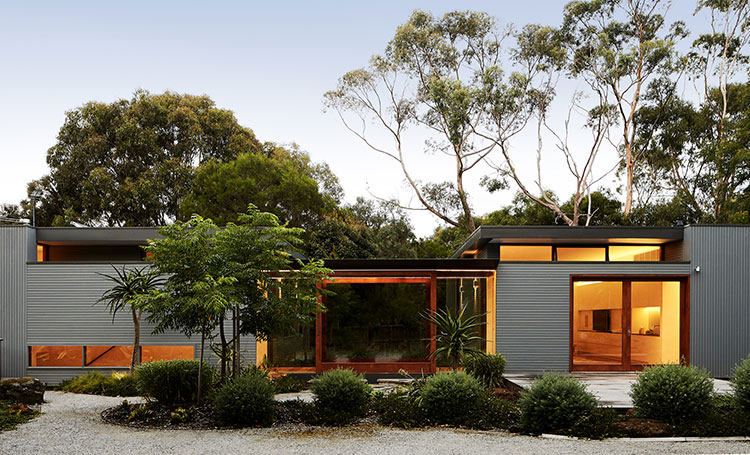 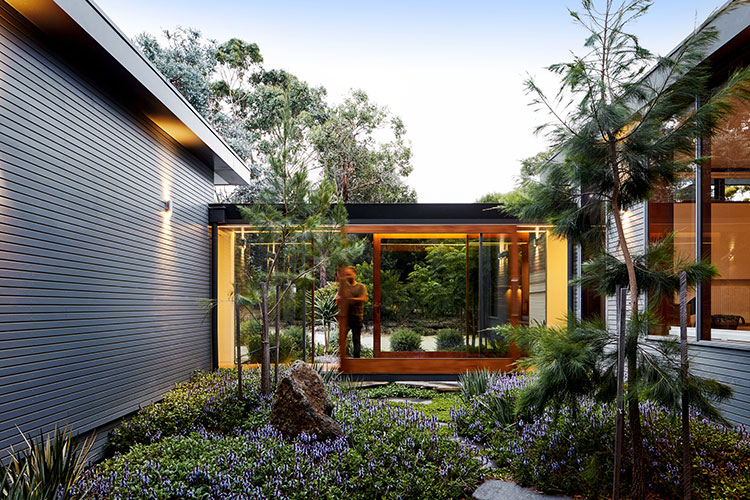