SPINN Arkitekter and Format Engineers have teamed up to the design and built a stunning new mountain hiking cabin above the arctic circle. In the summer of 2015 the Hammerfest chapter of The Norwegian Trekking Association (DNT) decided to build two simple warming huts to promote hiking in the mountains around town. The brief was simple – “we imagine a small hiking cabin with good windows that has a wood burning stove and simple benches, placed near the top of the mountain and designed such that it suits the terrain”. 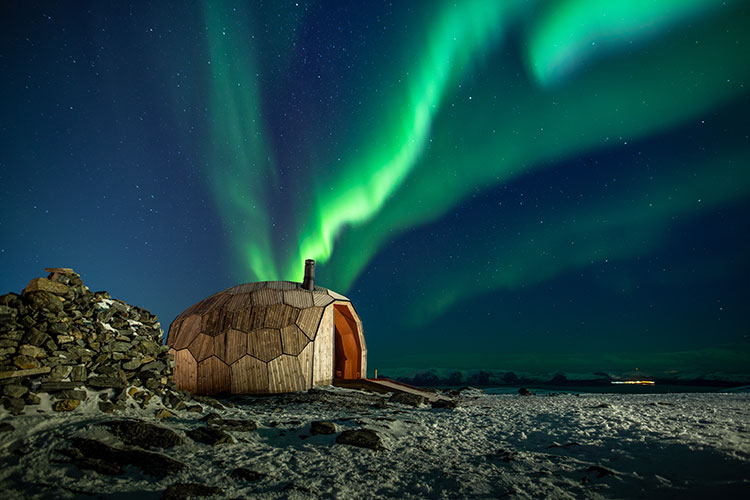 SPINN took up the challenge and produced a sketch design in the summer of 2015. “Varden” was conceived as an organic wooden structure that fit in with the local terrain, could withstand the harsh polar winter conditions of the area, provide hikers with a warm and inviting rest stop, and be an attraction in itself. To translate sketches of an organic wooden shell into reality, SPINN contacted their long time collaborators Format Engineers to help them transform a double-curved wooden «rock» into a structure that could be manufactured precisely enough to be built on top of a mountain by a group of local volunteers.

The sites were mapped in 3D using a drone and photogrammetry software to give a detailed map of the surface which was used as a baseline for form-finding. The initial shapes made by the architects in Sketchup and Rhino were further optimized and transformed by the engineers using Kangaroo and Grasshopper, together with some customized scripting tools developed by FORMAT. The result was a wooden cross-laminated timber shell with 77 unique panels that fit together like a 3D puzzle. 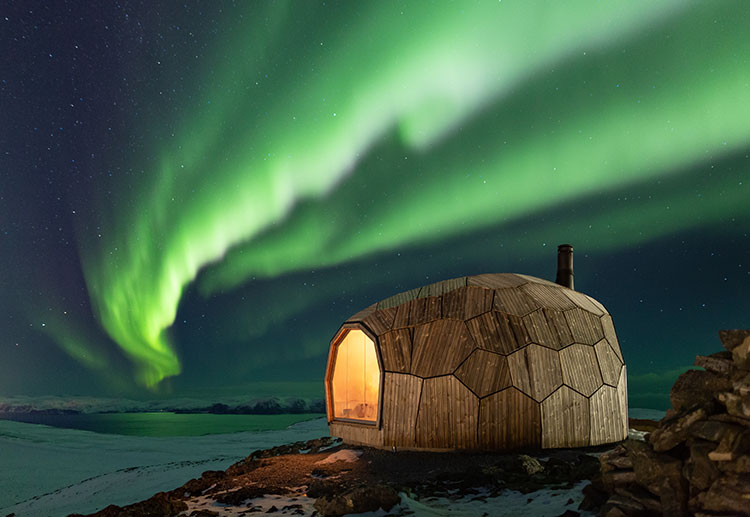 The design was tested against simulated wind conditions to make sure that it would withstand winter arctic storms and extreme wind conditions. Snow simulations were performed to ensure that the entrance will remain snow-free as intended. Structural forces between the panels were determined to specify the correct type of screws and fasteners for the construction. 3D printing was used extensively to test out how the construction would fit together, and to test cladding options for the exterior. 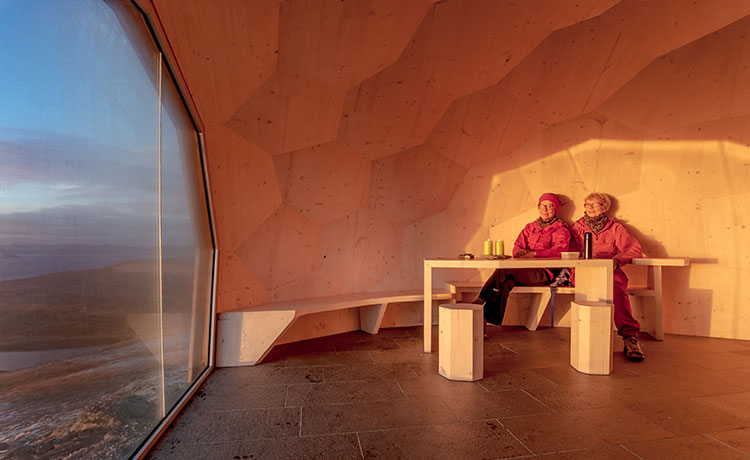 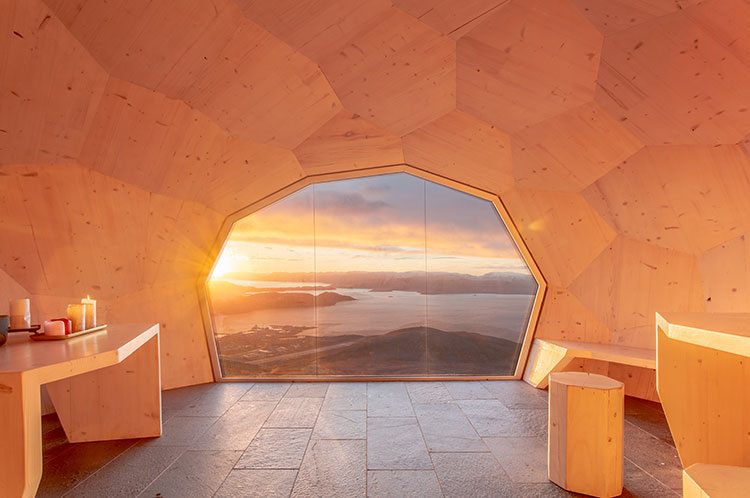 The design proposed by SPINN and Format was something very different than the client expected, and had a higher budget, but they were determined to find a way to get the project built. A visualisation and animation were made as part of a crowdfunding effort to raise the money necessary to realize the project.

Local businesses volunteered materials and services, and Kebony donated materials for the exterior cladding. According to the plan, the hiking association members would be responsible for raising the structure and transporting it to site.

In the end it was decided to build the structure in a controlled warehouse environment, where it would be put together and tested, then partially demounted for transport. One group of enthusiastic volunteers got the main structure of prefabricated CLT panels mounted together over a period of 4 workdays. Another group was responsible for cutting and measuring the frames and panels for the outer cladding based upon 1:1 drawings from SPINN. 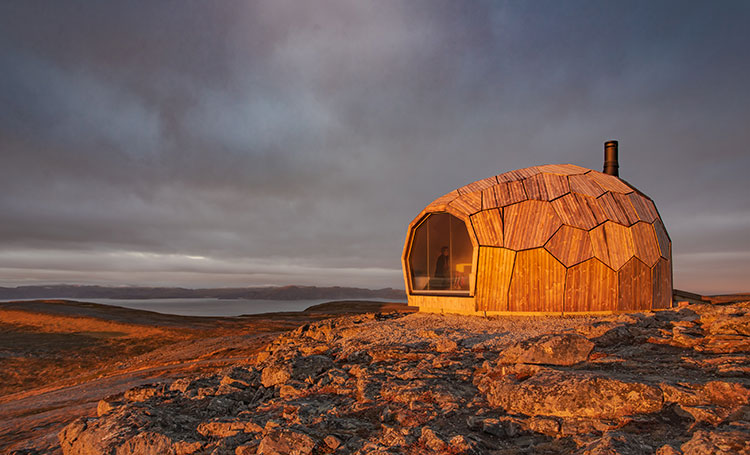 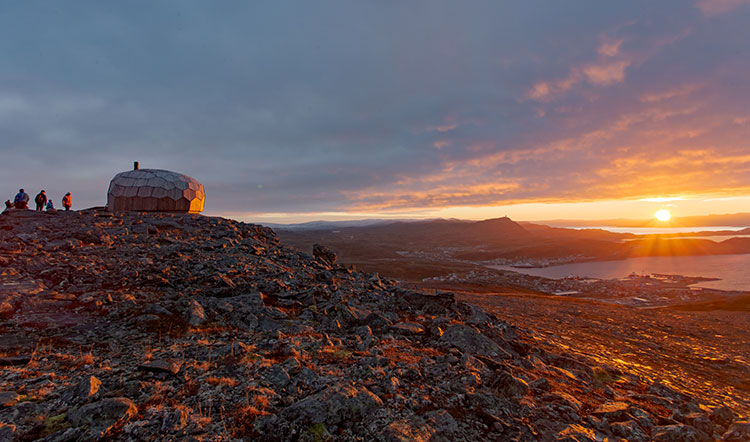 The volunteers used over 1500 hours on the construction of one cabin, plus the outer cladding for both. The only professional work on the project was the two-layer bitumen waterproofing of the shell, and pouring of the foundation on site. Split into two pieces, the first cabin was loaded onto a flat bed lorry and driven to Storfjellet. It was then lifted into place and winched together. The window, fireplace, ramp and interior furniture were all fitted into place on site.

Thus far the first cabin has been a great success, and has increased the traffic to Storfjellet significantly so far. The second cabin will be built on Tyven, a mountain on the other side of Hammerfest such that the two cabins will stand watch over the city and look over to each other across the beautiful arctic landscape of Hammerfest.