Bernard Tschumi Architects has completed the Tianjin Binhai Exploratorium, a 33,000-square-meter (355,200-square-foot) museum structure in Tianjin, China. Set to open in Fall 2019, the Exploratorium will showcase artifacts from Tianjin’s industrial past through large-scale contemporary technology, including spectacular rockets for space research. The project is part of the city’s Binhai Cultural Center and contains facilities for cultural events and exhibitions as well as galleries, offices, and restaurant and retail spaces. 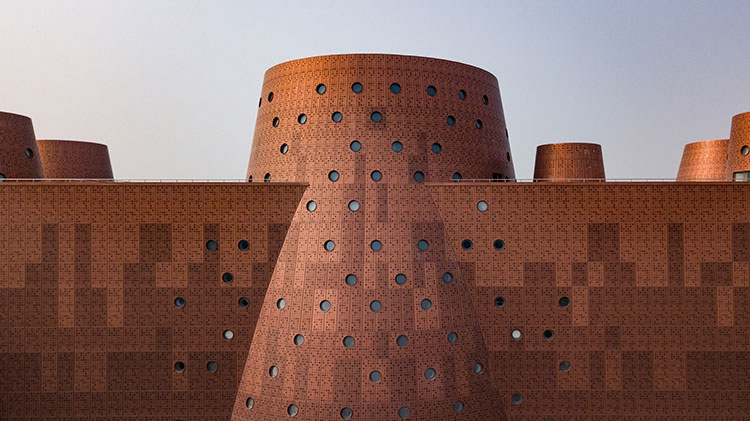 Bernard Tschumi Architects designed the Exploratorium to relate to the rich industrial history of the area, the site of high-volume manufacturing and research. A series of large-scale cones creates major rooms throughout the museum. The central cone, lit from above, connects all three levels of the Exploratorium. A spiraling ramp ascends to the top level, offering an unusual spatial experience of the modern vertical city by reinterpreting an ancient industrial typology. The roof is accessible to visitors and acts as a promenade with striking views over the surrounding city. “The Exploratorium is designed as a building for the past, the present, and the future of Tianjin,” says Bernard Tschumi.

The focal point of the exhibition complex is the grand lobby or cone that provides access to all public parts of the program. This immense cone—almost double the height of the Guggenheim Museum—connects to all surrounding spaces and allows visitors to spiral through the large exhibition halls stacked on each end of the building, past view portholes and lightwells that give each hall an individual character and configuration. Grand, triple-height spaces define the main circulation, while a constellation of lights and circular lightwells give the space an other-worldly feel. The perforated aluminum facade gives a unified presence to the building, despite its large size and the disparate elements of the program. 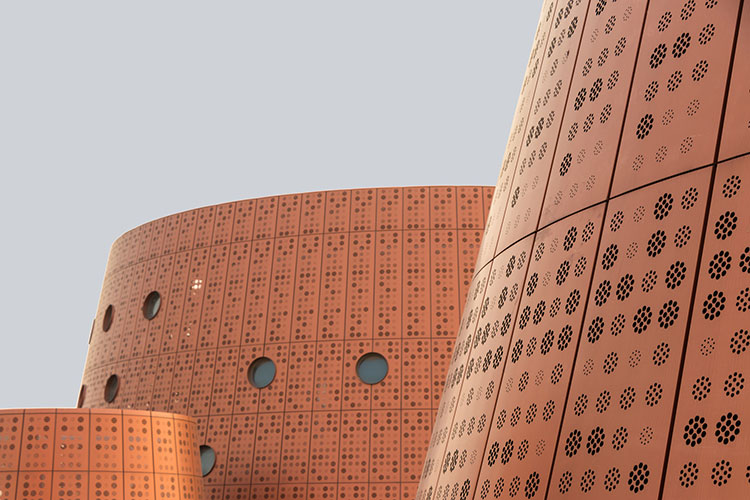 The cones provide even, natural light to gallery spaces and reduce the energy loads required for artificial lighting. Their tapered forms also concentrate warm air, which can then be channeled out of the building in summer or back into the galleries in winter. Glazing surfaces are minimized except when desired for a program. The perforated metal panels of the facade help reduce heat gain. The central, large atrium acts as a solar chimney, drawing up hot air and replacing it with cool air from below in a constant airstream. The Exploratorium has been designed by Bernard Tschumi Architects in collaboration with Tianjin Urban Planning and Design Institute (TUPDI). It is the office’s first large-scale, built architectural project in China. The Binhai Cultural Center master plan was prepared by GMP and includes a library designed by MVRDV. 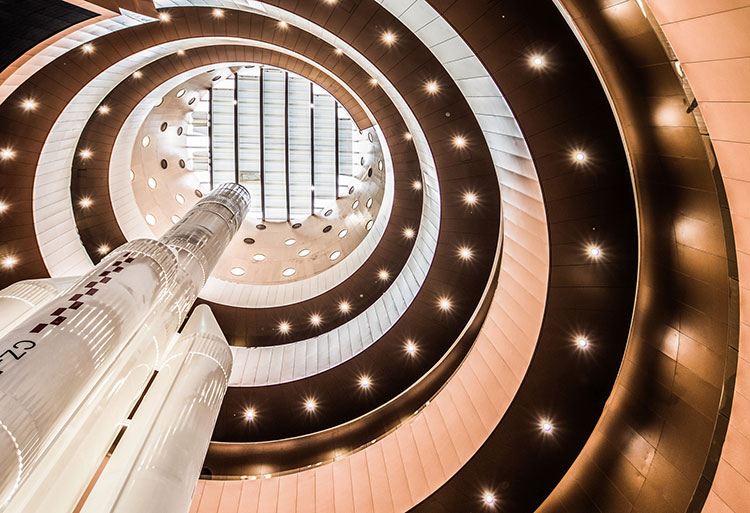 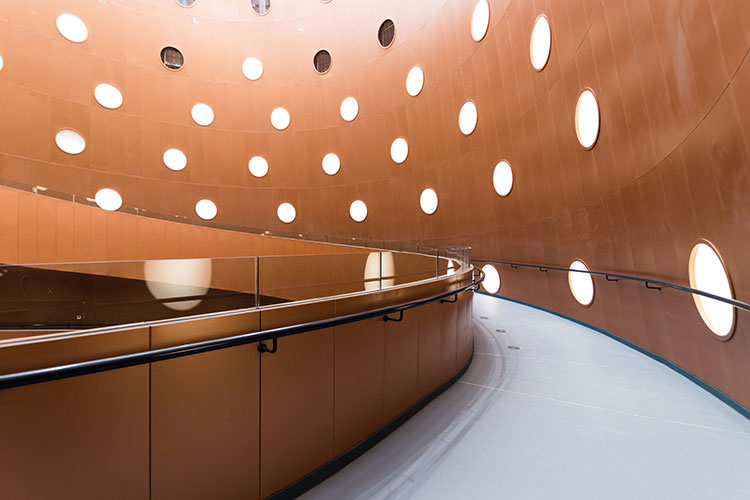 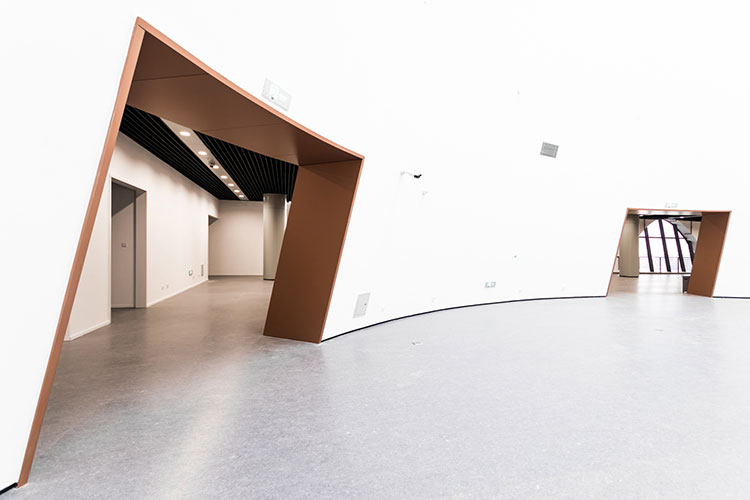 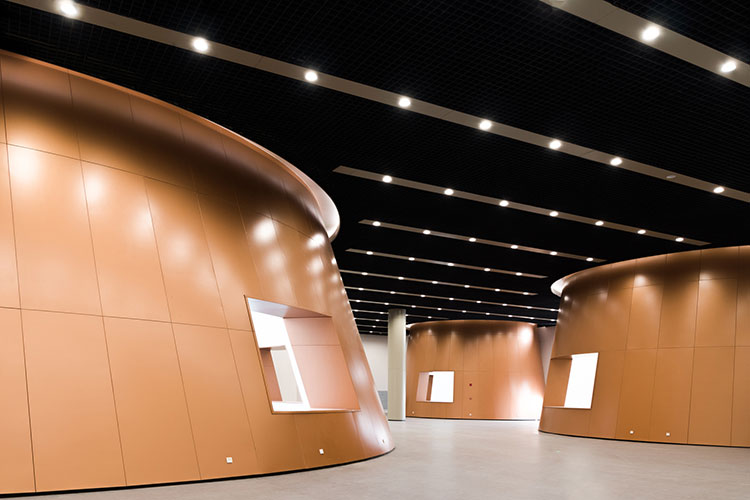