With the Afife House, Portuguese architect Guilherme Machado Vaz recalls the essential building tradition of the Minho region in Portugal. The rural settlement on which the house is located was established at the foot of the hill, extending to the sea. The presence of a neighboring historic chapel served as an influence to the design of the house, particularly as regards the design of the volume, as the design team sought not to disturb the harmony of this religious space without being submissive to its presence.

The volume was established away from the street so as to create an outside area of arrival and to keep the building in the background towards the chapel and its relation with the public thoroughfare. The width of the house (8.6m) was defined by the deviations that the width of the land determined. A square implantation was defined and repeated in the swimming pool and in the space between both.

Another of the intentions of the project was to respect the natural topography of the land. In order to comply with it, the building was adapted to the existing elevations through half floors, which allowed a direct relationship with the exterior on the South and West side of the house. The useful space was capitalized on by the installation of the ladder in the center so as to minimize the circulation areas and promote the path that culminates in the roof terrace – the fifth elevation – where the discrepancy between the levels is clear through the volumetric organization. Analyzing it a posteriori, this association of spatial elements carries with it some ‘Loosian’ reminiscences. 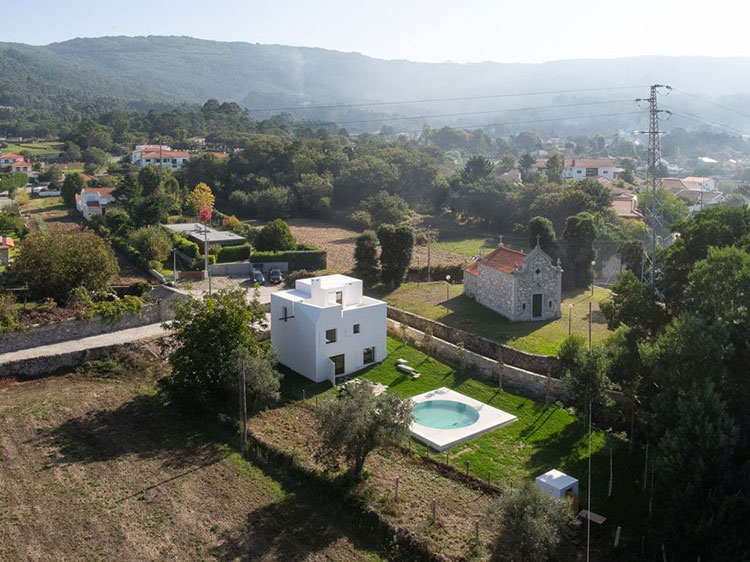 There is a strong contrast between the exterior and the interior. The façade functions as a shell that occasionally allows, through openings, the contact between the house and the world. When the shutters are closed, the façade is its own denial, it is an anti-façade, canceling the perception of an interior, suggesting a solid volume.

When opened, the apertures reveal an interior with different materialities that takes its inspiration from vernacular architecture. The windows of the South elevation (facing the chapel) invoke the gilded carving and also recall, in an abstract way, the medieval religious paintings created in the triptych. The floors of the ground level are made of terrazzo with brass joints, and the remaining levels have wood floors with open joints. 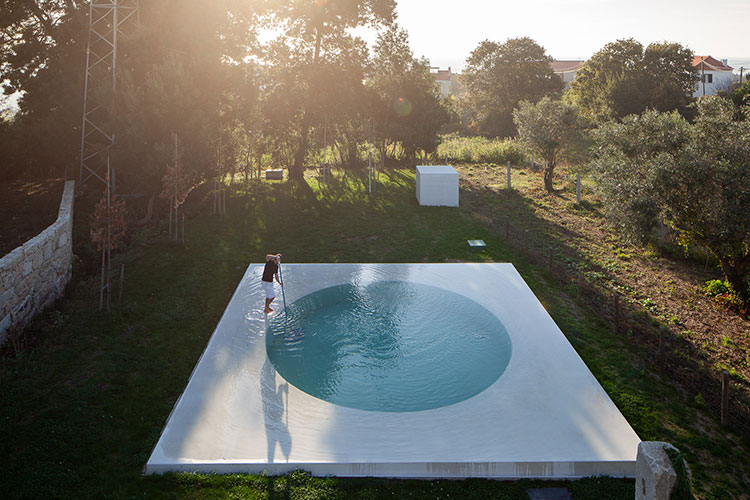 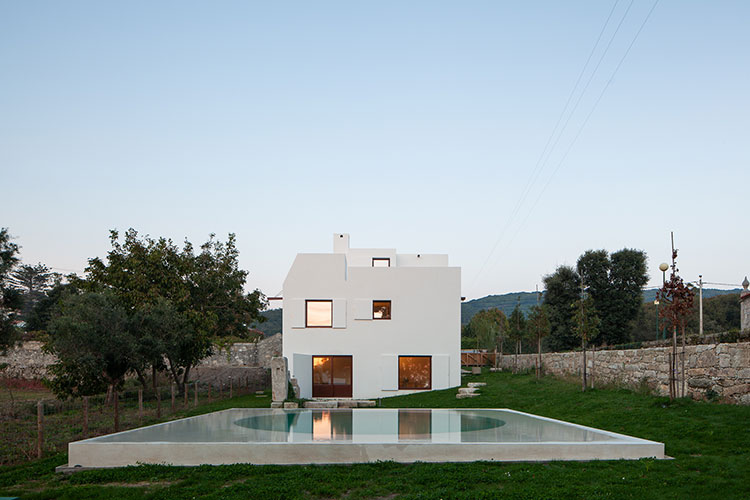 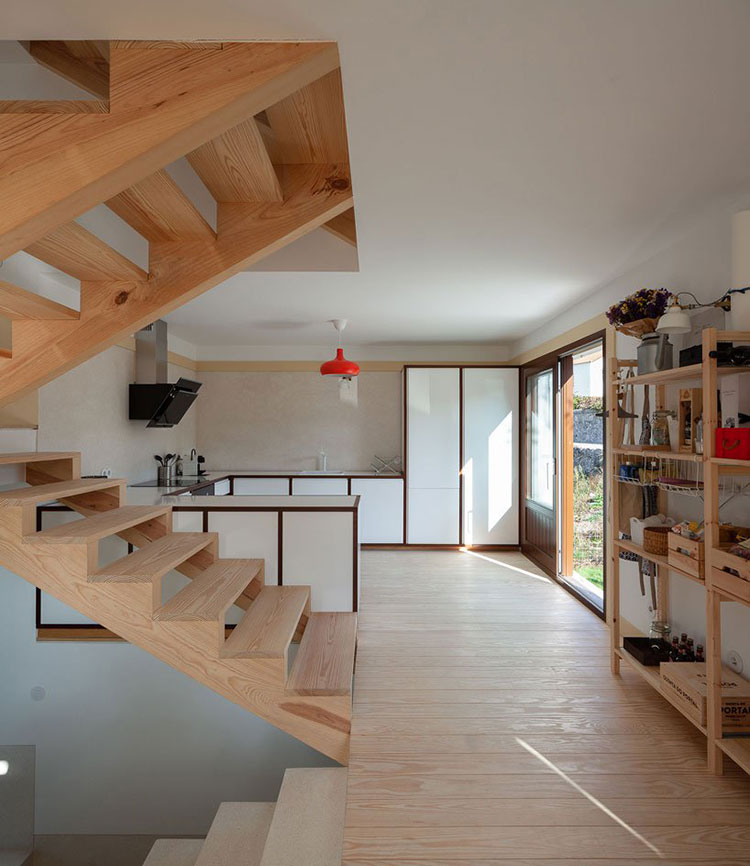 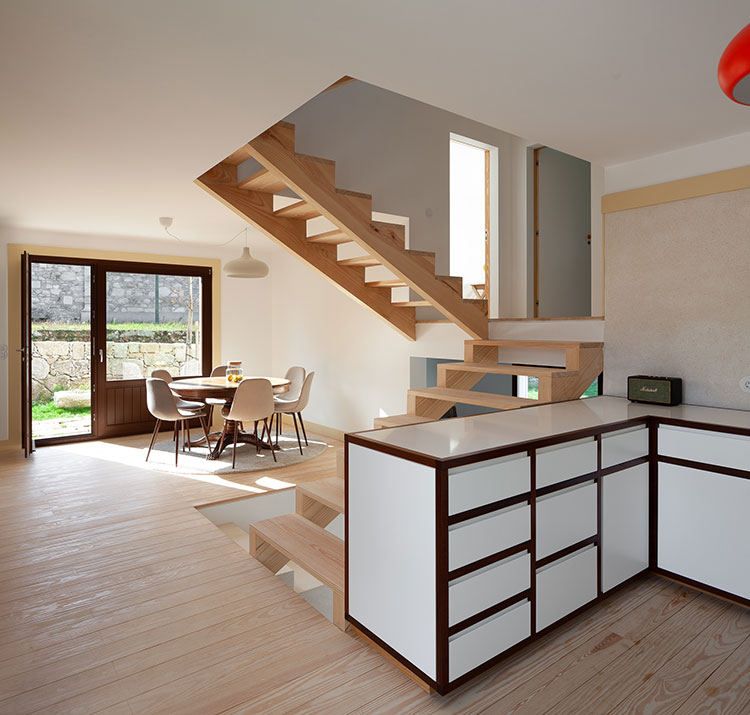 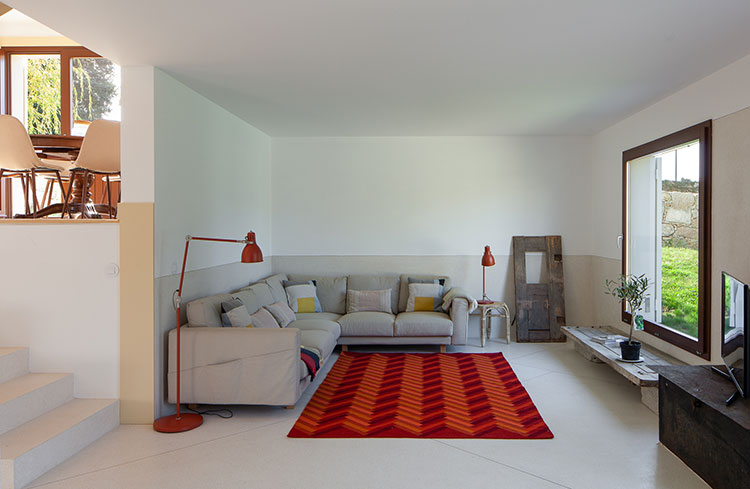 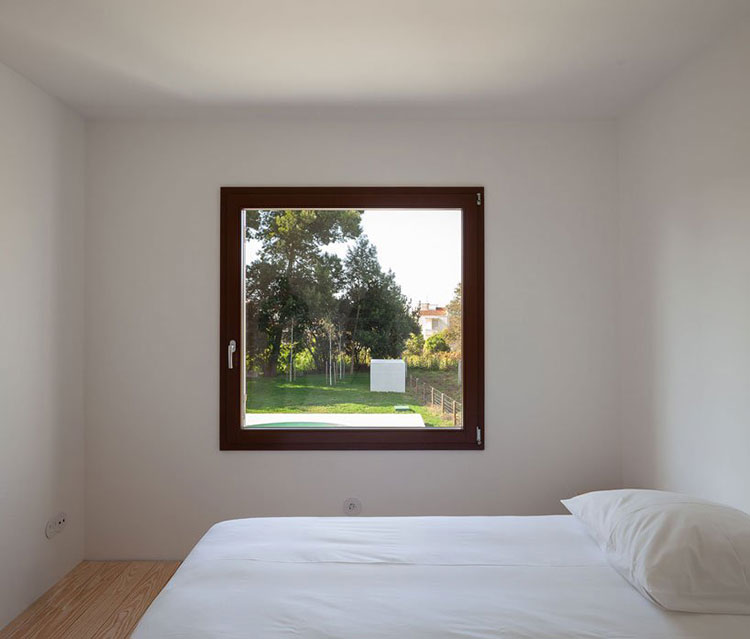 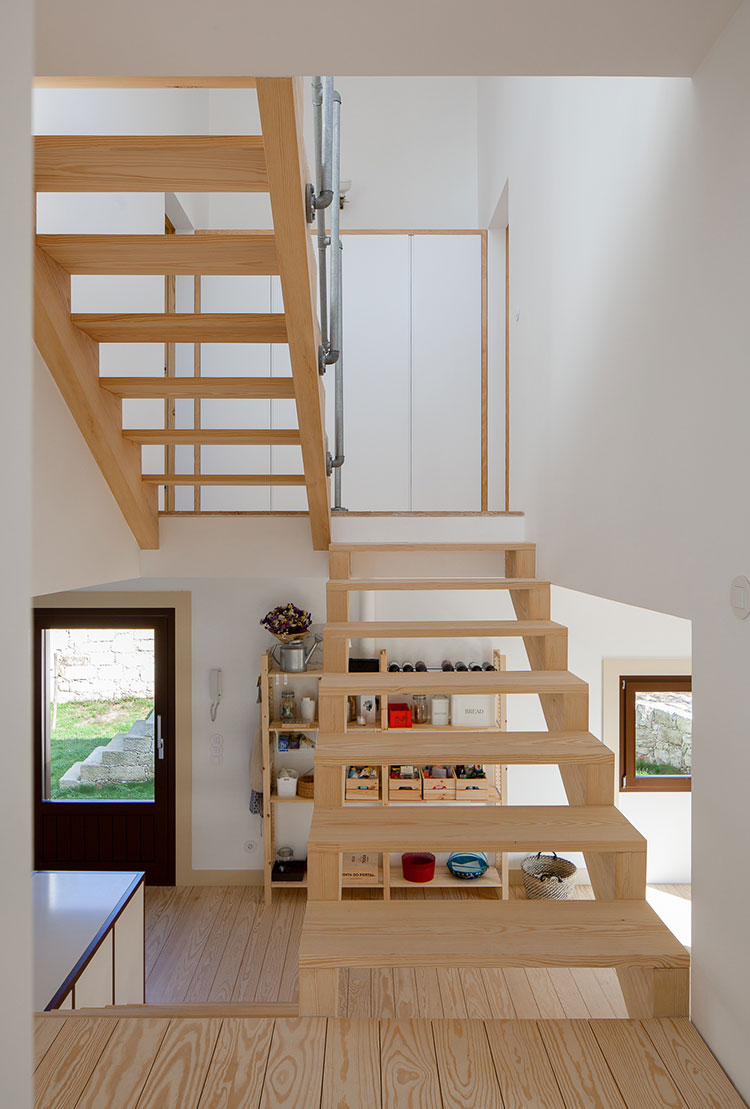 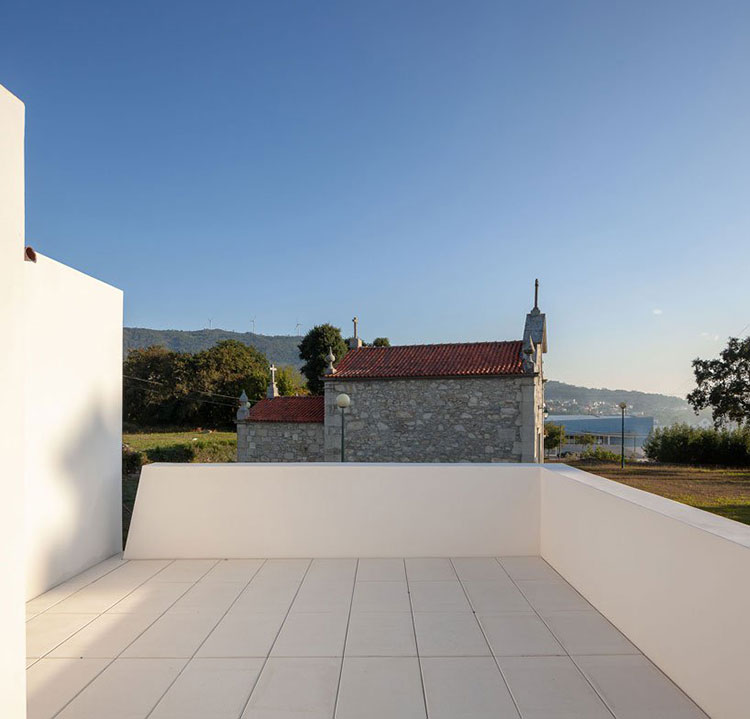 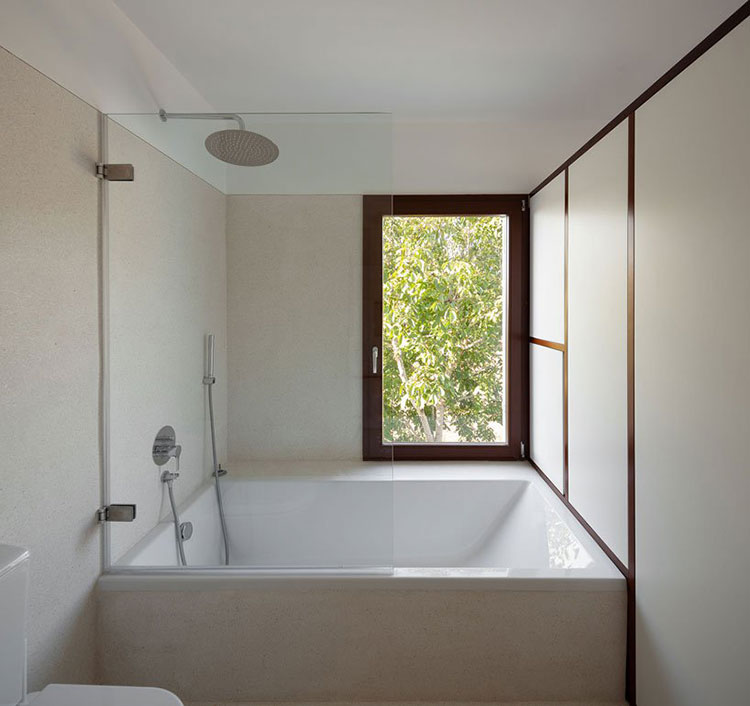