Romanian designer Alexandru Szűz Pop has recently refurbished this early 1900’s apartment located on the first floor a residential building designed by renowned architect Mende Valerian in Oradea, Romania. After several changes made by the previous, the apartment resulted in a layout incompatible with the way of living and the requirements of the new owner. The main focus of the project was to redefine architecturally the apartment, re-imagining circulations, connections between spaces and natural light by taking advantage of the orientation of the flat. 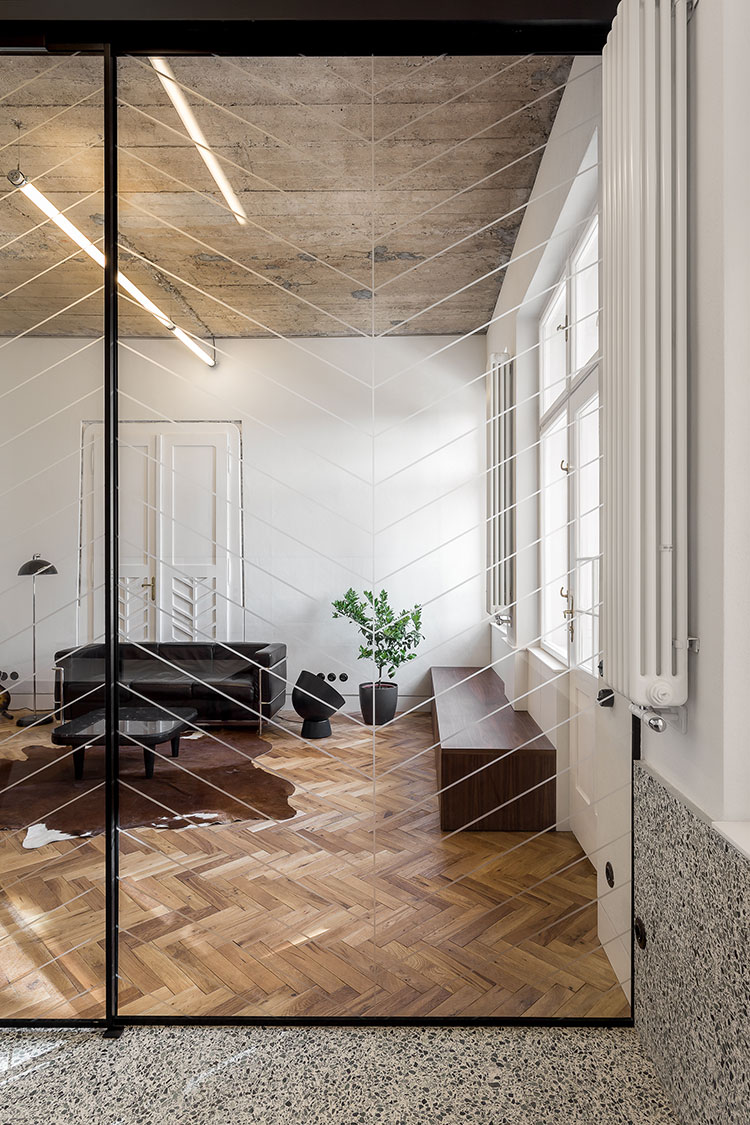 The design solution aims to create a timeless, warm-minimalist interior, where the main functions (living / kitchen – dining / bedroom) are placed around the new central piece of furniture, that hosts the bathroom and all required storage spaces, also including the air conditioning of the apartment. 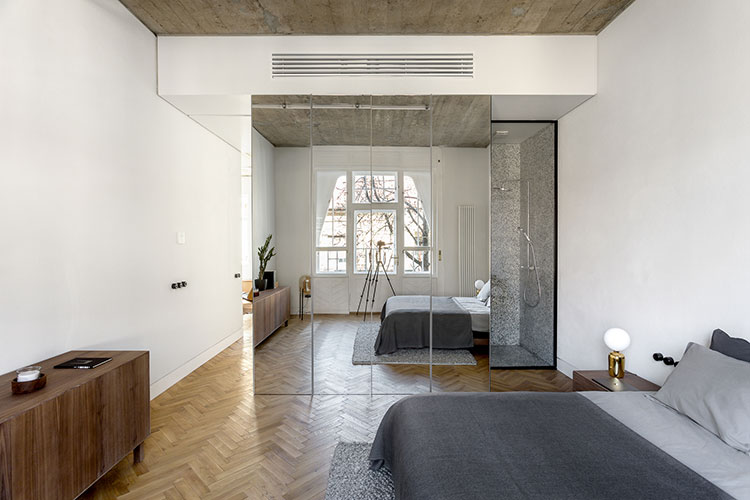 The connection between the new central volume and the perimetral walls is created by using a shadow gap, inspired by the decorative drawings of the facade engraved in the masonry, the same detail that goes all around the ceiling and is also used to create the flushed baseboard. A raw textured plastering was used to finish the perimetral walls, thus creating an interior shell, that is also painted in white in order to increase the natural light. The use of terrazzo and the oak wooden flooring create a classical background for the white minimalist central volume. 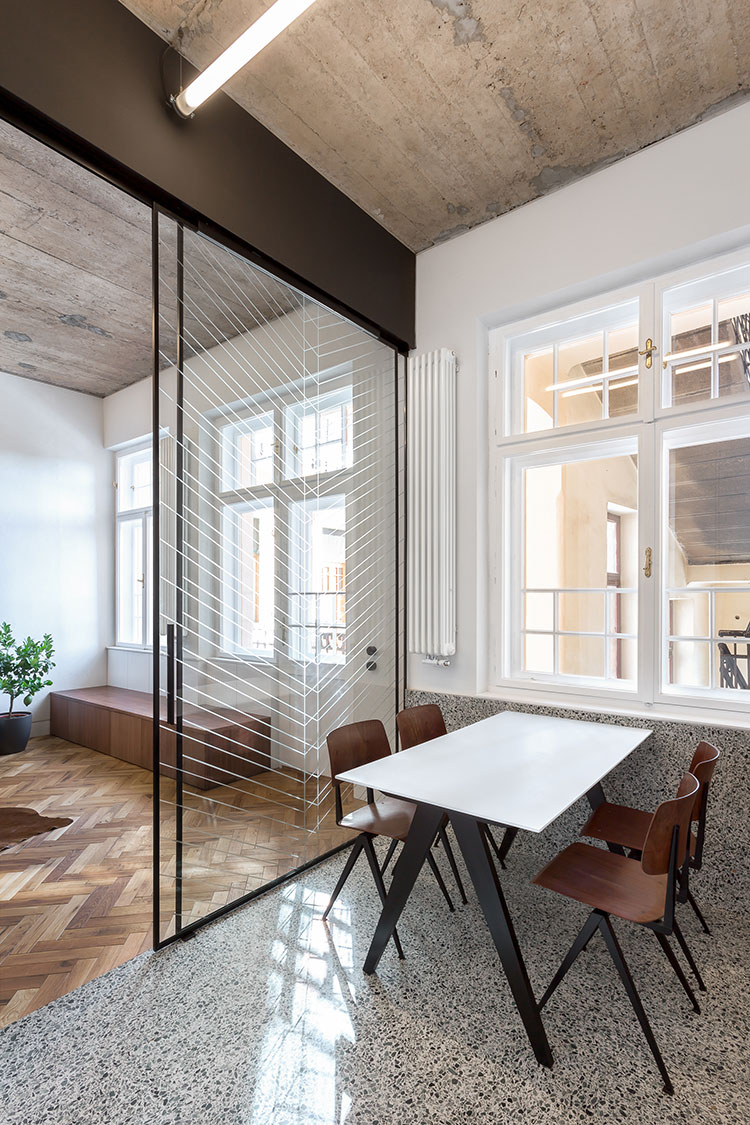 The original doors and windows were restored in order to preserve the heritage of this apartment as much as possible. A custom made sliding glass door, inspired by the design of the original wooden doors, was created to separate the living room and the kitchen and improve light and spatial flow. The overall atmosphere of the apartment is defined by the raw textures, natural tones, terrazzo and wooden oak floors, balanced with early 20th-century furniture pieces. 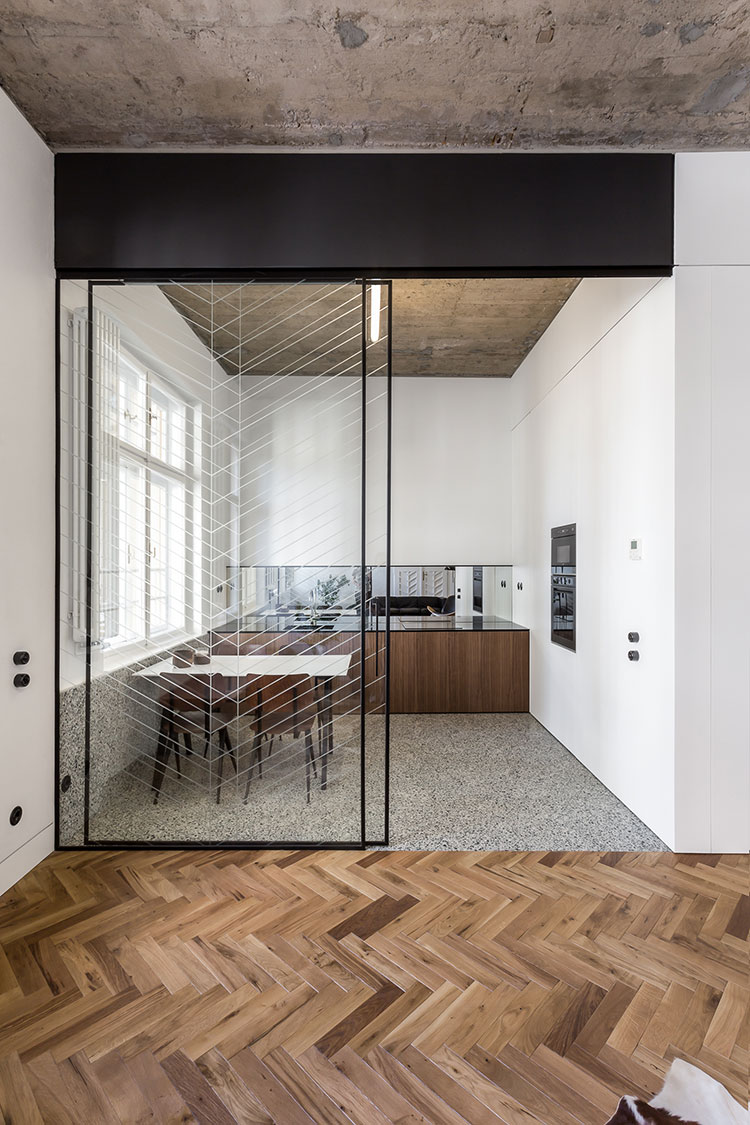 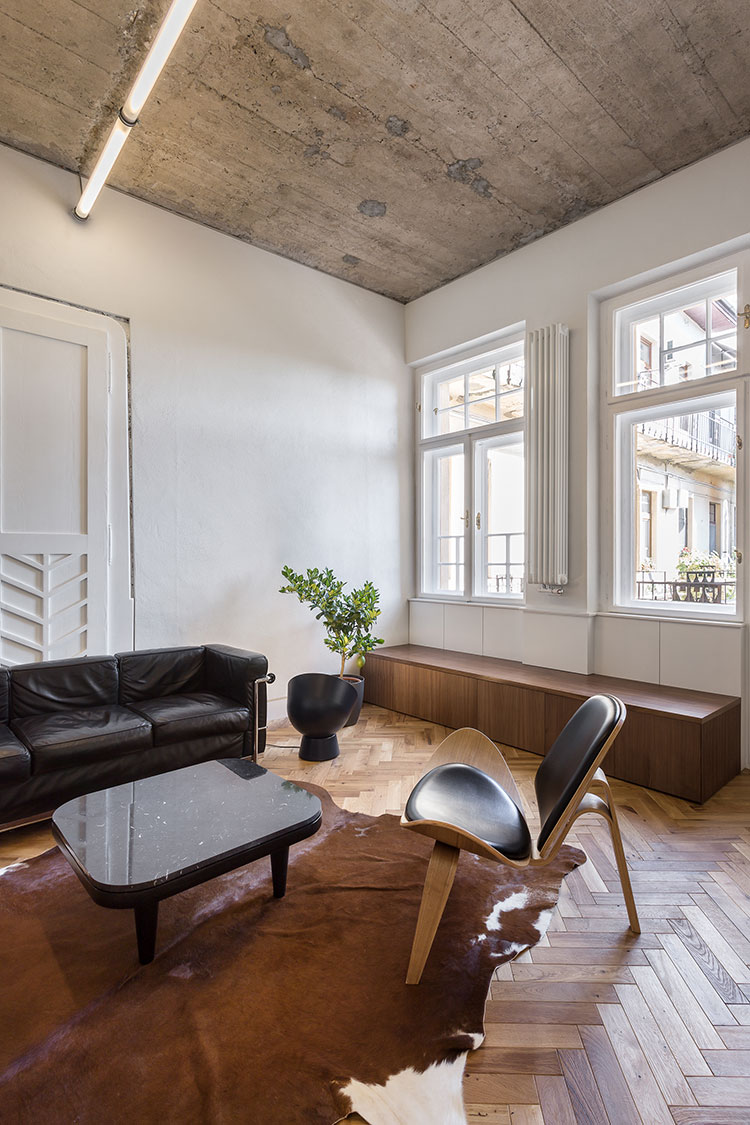 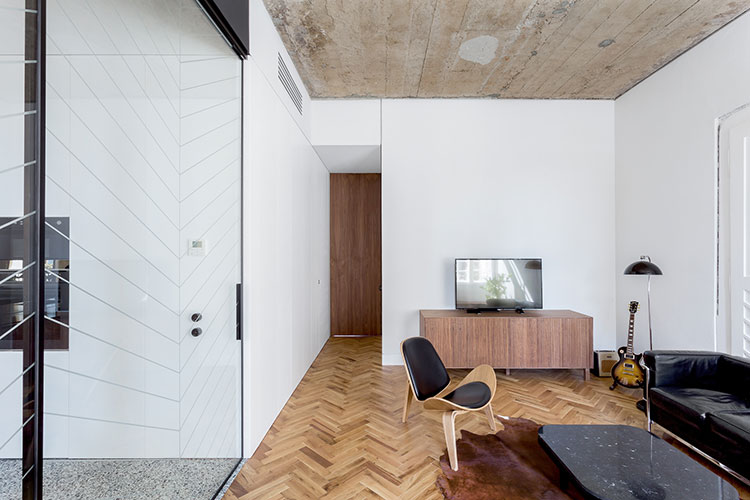 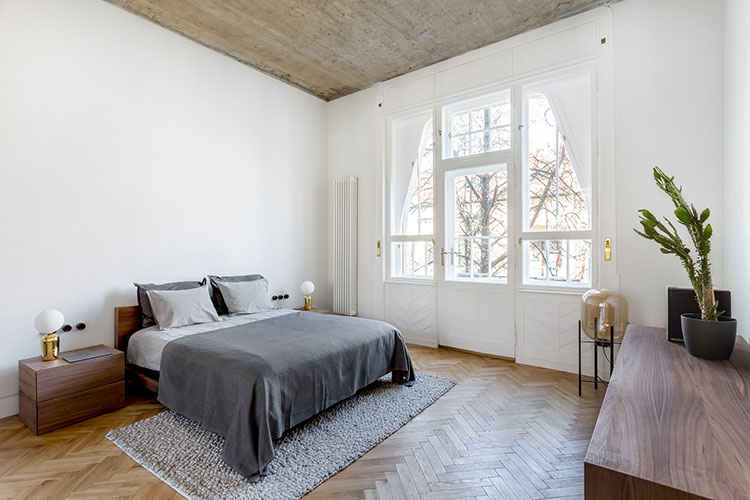 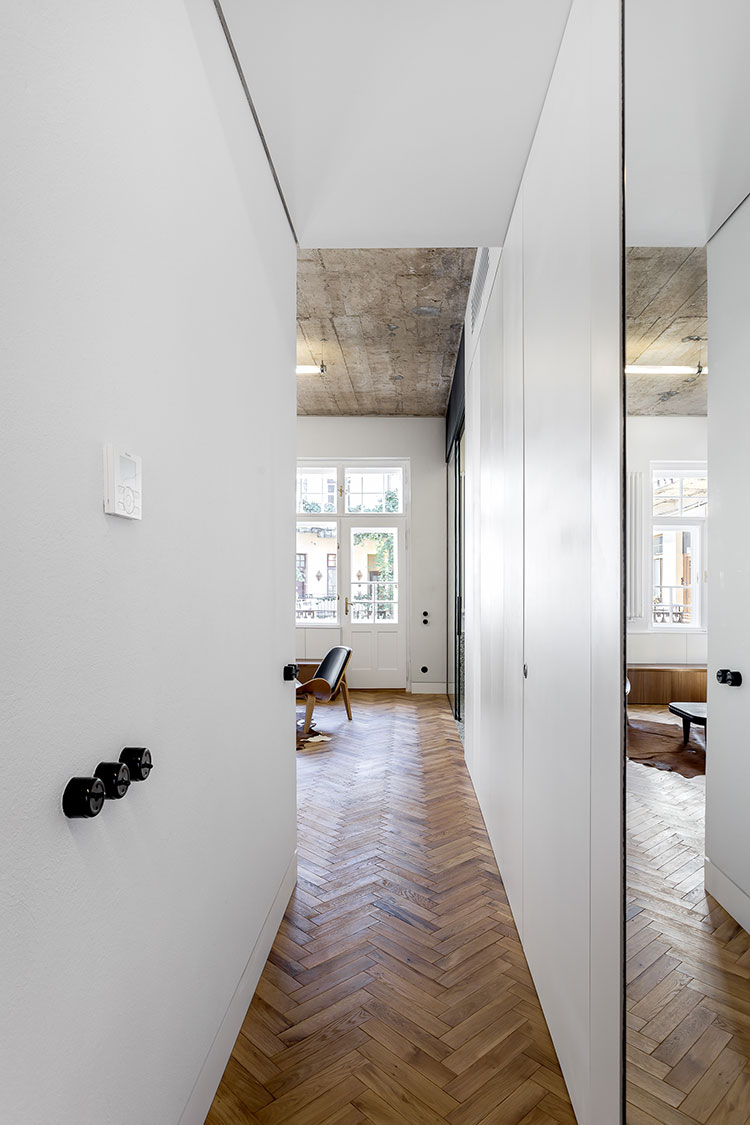