Italian architects LAD and Hypnos Studio have teamed up to design the Sovraparco, a proposal for a suspended garden in Milan’s Piazzale Loreto. Piazzale Loreto is the gateway of Milan, some of the most fast-moving parts of the city gravitate around it. Piazzale Loreto is a rather ugly place: nothing more than a roundabout surrounded by buildings without architectural value. Unable to impose on the owners aesthetic upgrades of facades or renovations of the entire buildings, the project radically rethinks the central space to drive the conversion of what belongs to the private sector. 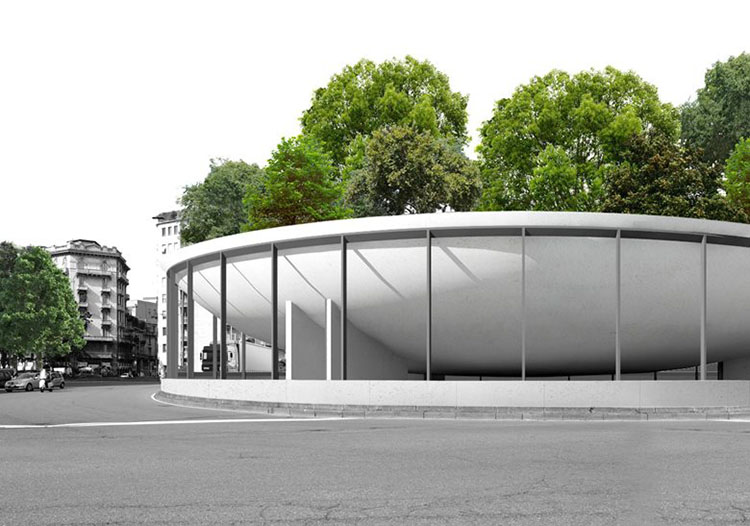 Piazzale Loreto is now a shapeless space: the project is laid over the ancient rondò shape, yet visible on a map in 1865, and rethinks the circulation as big roundabout. The placing of a circle, in its formal perfection, restores a powerfully defined space in the place of the present shapeless void. That footprint is nothing more than the original shape of the square, as it was in 1865.

The roundabout was then demolished: the known facts of the Second World War during 1944-45 assigned a violent mark to Piazzale Loreto, which was destined to become estranged by the city. A process of damnatio memoriae reached its apex in the demolition of the Hotel Titanus, a splendid Art Decò example, which was substituted with a huge concrete, curtain wall, building, whose planimetrical setting doesn’t create any dialog with street alignments. 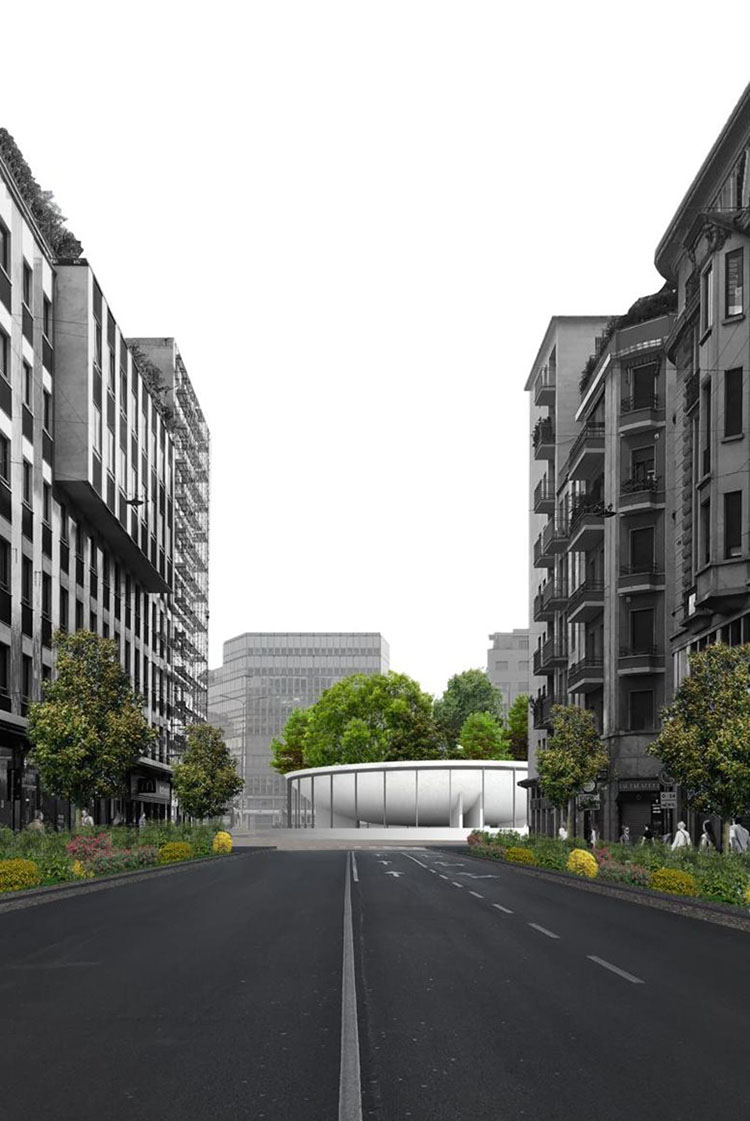 After the great excavations of the underground, at the beginning of the 1960’s, Piazzale Loreto finally became nothing more than a road junction, with shapeless islands, planted with a bamboo forest. In the project, the power of the circumference imposes itself into the void space. As in the famous examples of huge street roundabouts, above all the Champs-Élysées Étoile, the vehicular traffic is channeled in a pure form, creating a certain aesthetic. 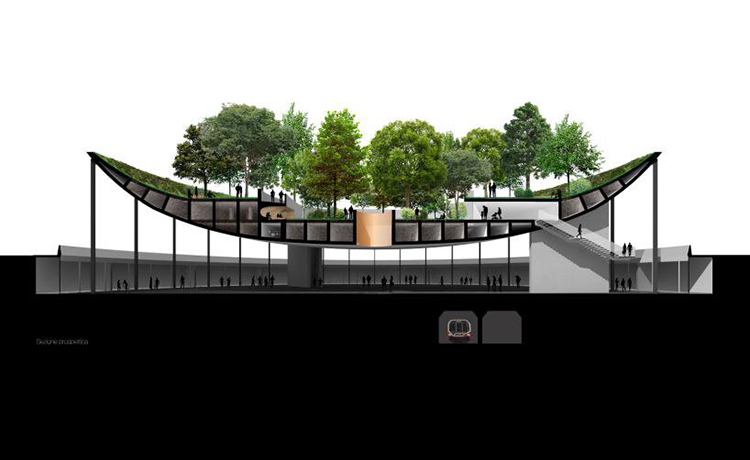 Under the street level, there is an important junction of the Milan underground, though it never has acquired the rank of a station. Enormous flows of people pass through it every day, restricted inside narrow tunnels.

Uncovering the mezzanine level we obtain a wide and airy plaza, capable of connecting parts of the city which today are closed off. Beyond the metropolitan access, the plaza is equipped with stores, coffee shops and restrooms. The center of the plaza is deliberately rather empty: it is free and available to be used by citizens.

In the urgent context of need of permeable land and vegetation for our cities, it is quicker to add, rather than to substitute. Like a planet hosting a natural oasis, the garden is floating over the plaza; as it is a reversed shell, nothing is visible from the inside, but the sky. The borders protect people from pollution and traffic noise, generating a relative isolation inside, which has had success in many elevated parks in the World, from the Promenade Plantèe in Paris, France, to the High Line in New York City. 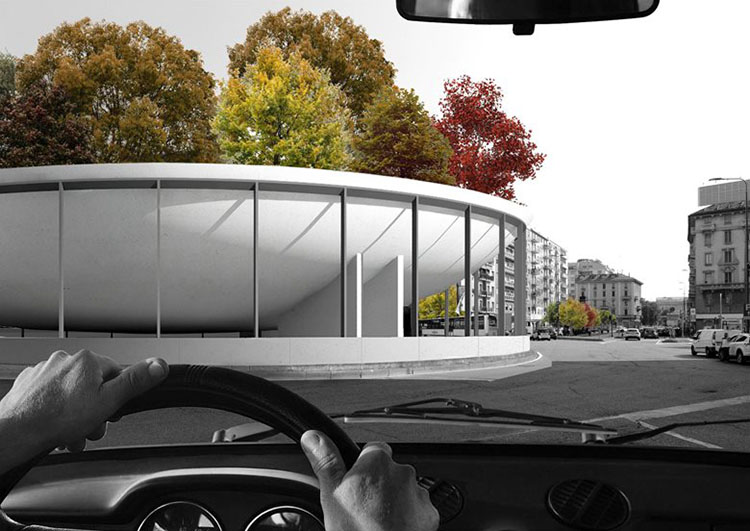 The access to the shell in possible through stairs and an elevator. Once inside the shell, the garden is organized on two flat levels. The first level hosts stairs and elevator, as well as some services and covered spaces. In its center there is a large oculus, opened downwards to the plaza underneath, which in a certain way reverses the spatial logic of the Pantheon in Rome; a ramps system leads to the second level of the garden. In the Sovraparco’s garden, it is possible to relax, to read or even to organize small parties, but the formal circular power never minimizes its monumental image.