Opening April 5, 2019, in New York‘s Hudson Yards, The Shed — the telescopic, adaptable structure by Diller Scofidio + Renfro in collaboration with Rockwell Group —will be an arts center dedicated to commissioning, producing, and presenting all types of performing arts, visual arts, and popular culture. The space is designed to physically transform to support artists’ most ambitious ideas. The Shed’s eight-level base building includes two levels of gallery space, a versatile theater, a rehearsal space, a creative lab, and a skylit event space; a telescoping outer shell can deploy from its position over the base building and glide along rails onto an adjoining plaza to double the building’s footprint for large-scale performances, installations, and events. 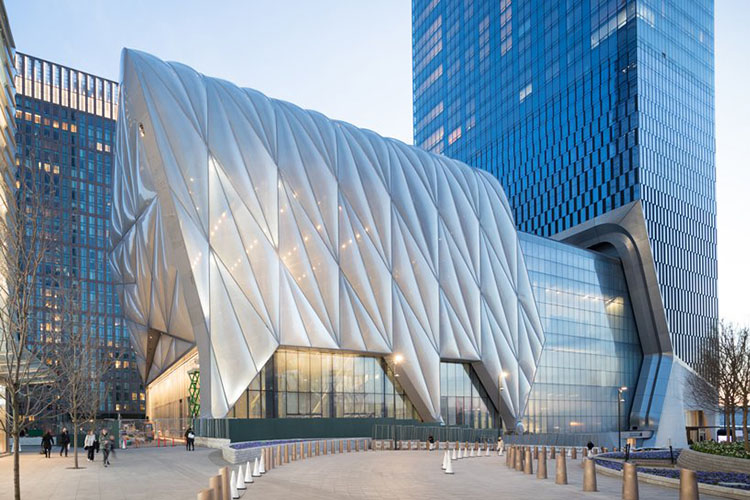 When deployed, the Shed’s shell creates a 17,200-square-foot light-, sound-, and temperature-controlled hall that can serve an infinite variety of uses. The hall can accommodate an audience of 1,200 seated or 2,700 standing; flexible overlap space in the two adjoining galleries of the base building allows for an expanded audience in the hall of up to 3,000. The shell’s entire ceiling operates as an occupiable theatrical deck with rigging and structural capacity throughout. Large operable doors on the Plaza level allow for engagement with the public areas to the east and north when open. 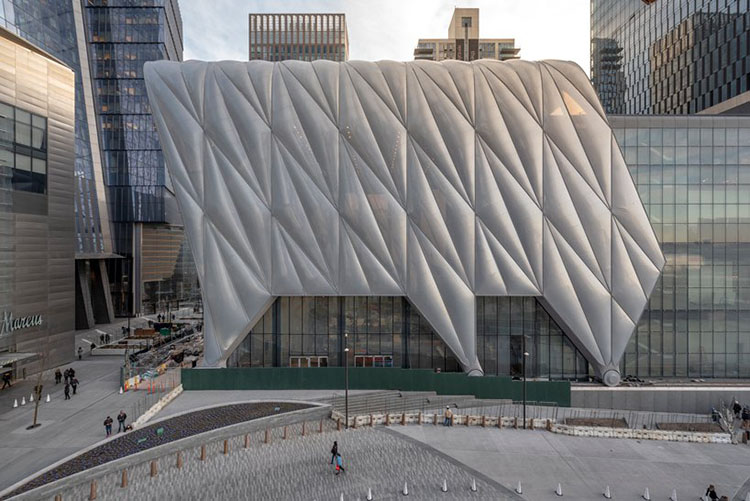 When the Shed’s shell is nested over the base building, the 19,500-square-foot plaza will be open public space that can be used for outdoor programming; the eastern façade can serve as a backdrop for projection with lighting and sound support. The Plaza is equipped with distributed power supply for outdoor functions. The building is able to expand and contract by rolling the telescoping shell on rails. The Shed’s kinetic system is inspired by the industrial past of the High Line and the West Side Railyard.  Through the use of conventional building systems for the fixed structure and adapting gantry crane technology to activate the outer shell, the institution is able to accommodate large-scale indoor and open-air programming on demand. 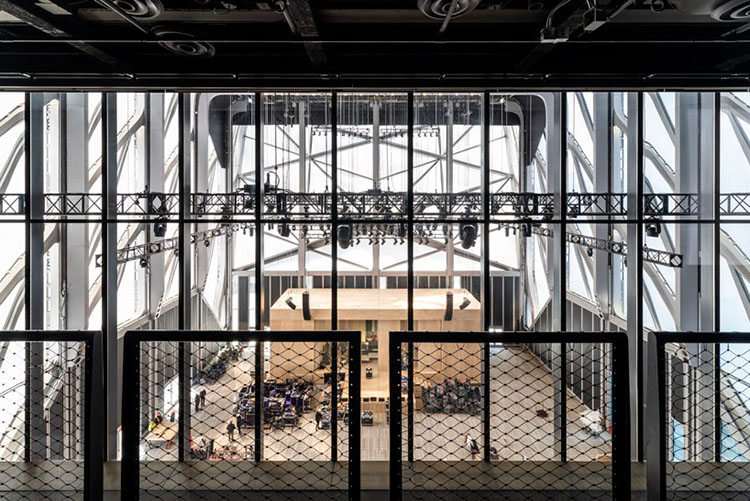 The Shed takes inspiration, architecturally, from the Fun Palace, the influential but unrealized building-machine conceived by British architect Cedric Price and theater director Joan Littlewood in the 1960s. Like its precursor, The Shed’s open infrastructure can be permanently flexible for an unknowable future and responsive to variability in scale, media, technology, and the evolving needs of artists. 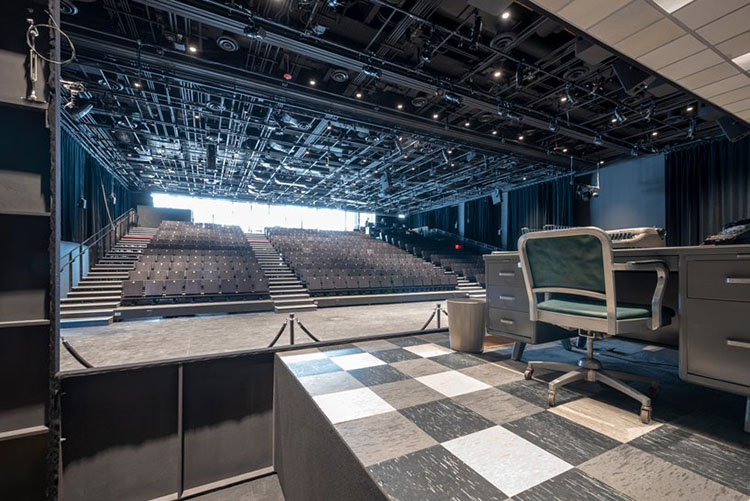 The Shed’s back-of-house spaces, which include offices, mechanical spaces, dressing rooms, and storage, are located on Level 1 and the lower levels of the residential tower to the west, 15 Hudson Yards (designed by Diller Scofidio + Renfro, Lead Architect and Rockwell Group, Lead Interior Architect). This allows the bulk of The Shed’s base building to be devoted to programmable space for art. 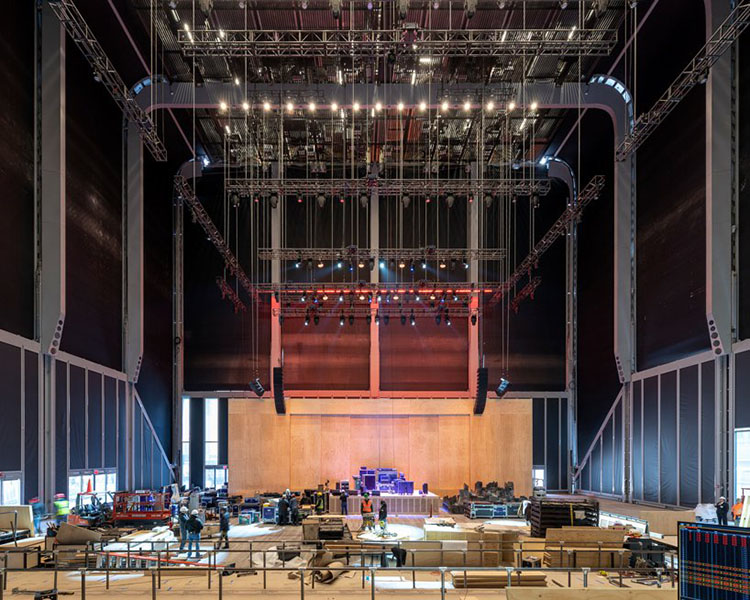 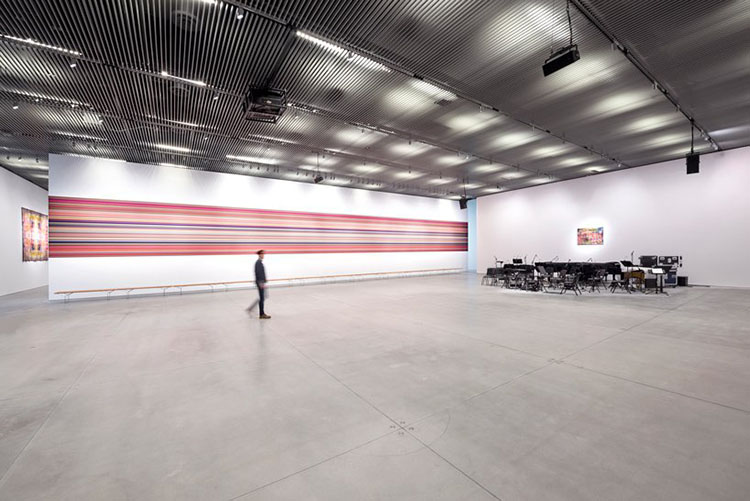 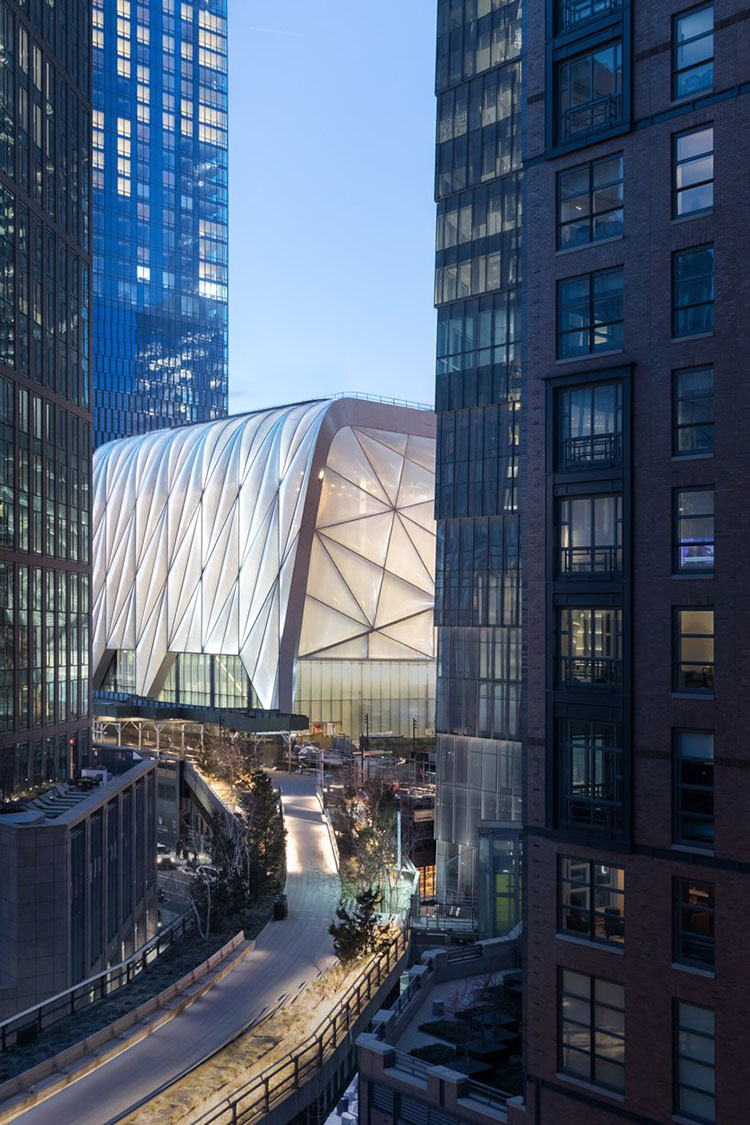