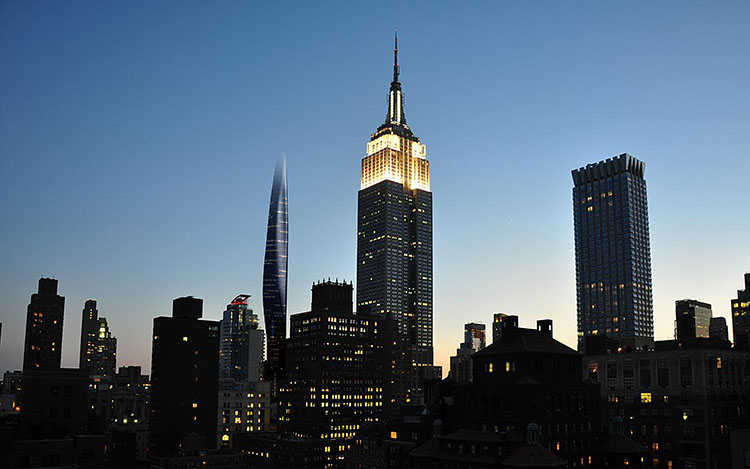 Having materialized as a result of economic growth, New York City’s skyline has become one of the most recognizable in the world, where skyscrapers rise tall and en masse. Located adjacent to the ‘Empire State Building’ – which held the title of the world’s tallest building for almost 40 years – ‘East 34th’ is planted like a seed, sprouting within the grid, rising with a soft, undulating surface that suggests a more organic, living architecture. Thus, the design opposes the traditional towers that demonstrate the cultural impact of power and capital in our cities. Defying the stacked floor plates and authority of a bygone industrial era that has come to characterize the city’s horizon, ‘East 34th’ softens the hard skyline and introduces a dialogue between New York’s modernist landscape and nature.

The design starts as a commercial podium at street level, combining retail and public amenities. A large, multi-floor atrium with an expansive green wall offers an escape into nature, from the otherwise concrete jungle of the city. The interior is interspersed by double-height communal spaces and amenities, creating opportunities for residents to connect with one another, and experience a new type of ‘urban nature’ within the vertically dense city.

A model of ‘East 34th’ is on show in ‘MAD X’ – a year-long permanent collection exhibition at the Centre Pompidou in Paris that opens on 10 April 2019. 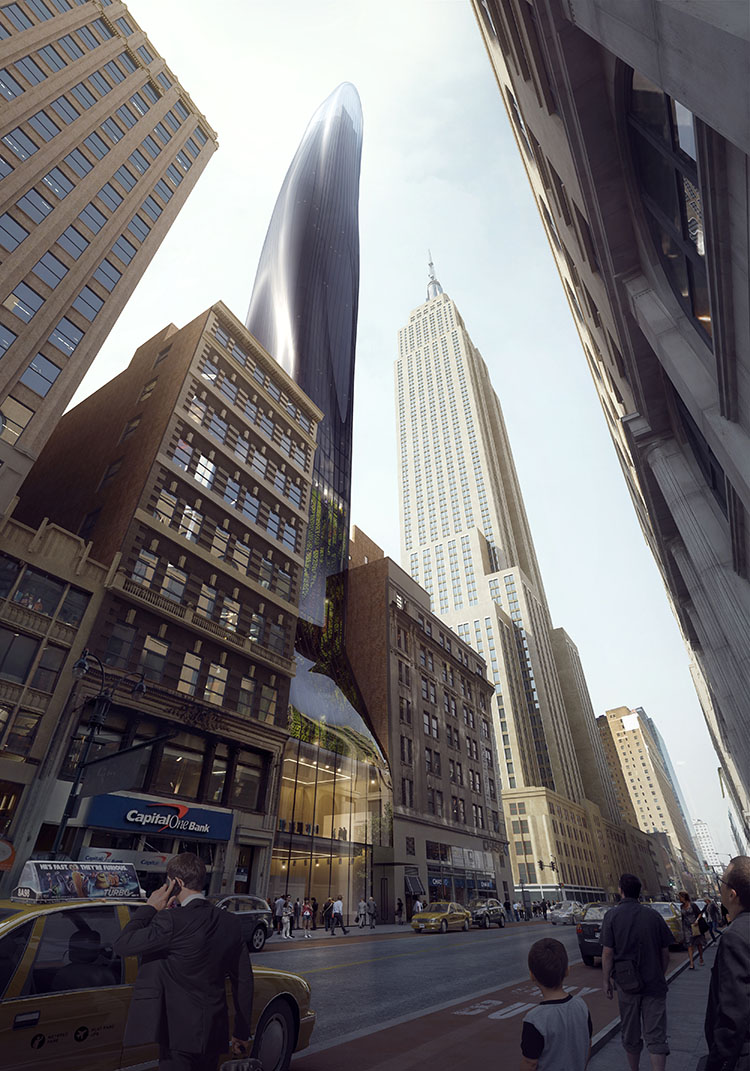