Sanuki Daisuke Architects has recently completed the NGA House in a small lot of Ho Chi Minh City’s 10 district. The owner is a gentleman who lives abroad and had requested to build a house for his mother, Mrs. Nga, and her family currently living in Vietnam. The area has a particularly high building density in the city, with several 1 to 3-story buildings constructed in close proximity to each other.

According to Mrs. Nga, who has been living in the area for over 40 years, the land used to be forested. Currently, her residence is a small house which lies among a tangled web of narrow alleys of only 1-2 meters in width. If a typical house were to be built on this site, it might face the challenge of not getting in enough light as the neighbor constructions will cast shadows over it, resulting in a dark and damp space. 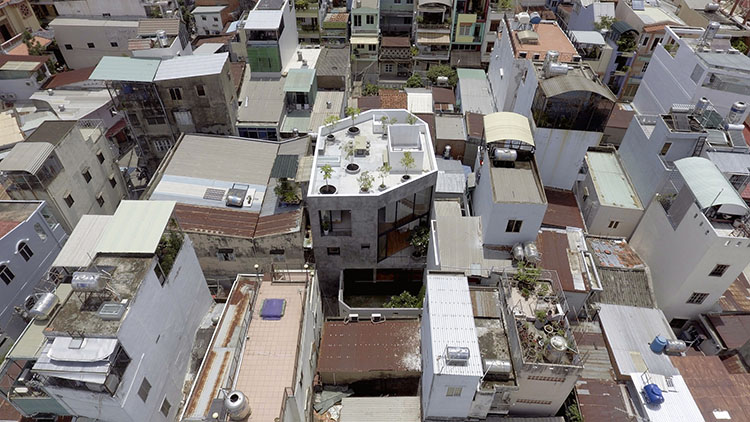 Hence, the aim of this project is to create an open living space in the middle of such a high-density residential area. At the start, the design team set out an open area which is surrounded by closely compacted premises. They ensured maximize the construction volume, and at the same time arranging space for a back garden. 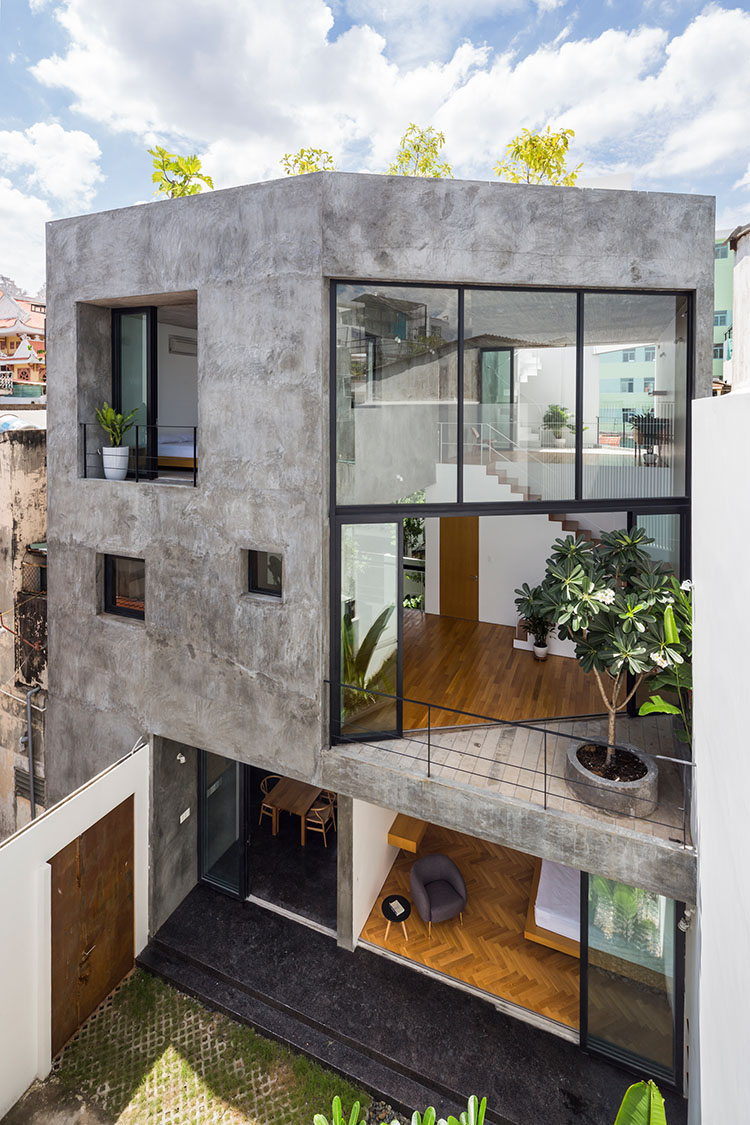 Afterward, the architects observed the movement of the Sun and made a diagonal cut in the building accordingly, making an open floor space to avoid direct sunlight from entering the rooms and overheating them. The reflected natural light on the floor from the outdoors would brighten the indoor space. 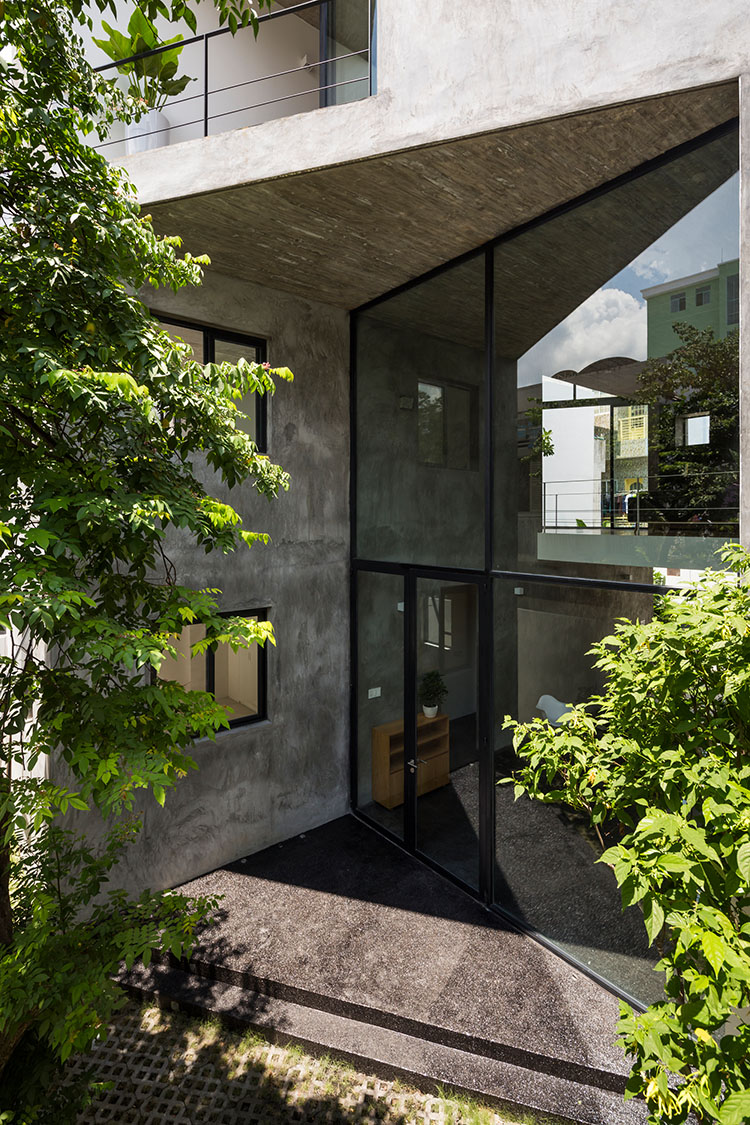 The five requested bedrooms are three-dimensionally stacked into a block — and the remaining area becomes a continuously open space. The common area, the entrance, the kitchen, and dining area are on the first floor; the living room on the second, and the worship room on the third. The open space connects these floors, running continuously from the entrance door to the rooftop. Sanuki Daisuke Architects envision this construction as a ‘three-dimensional garden’ — where the wind and sunlight travel constantly from the outdoors through every open entrance in the building. 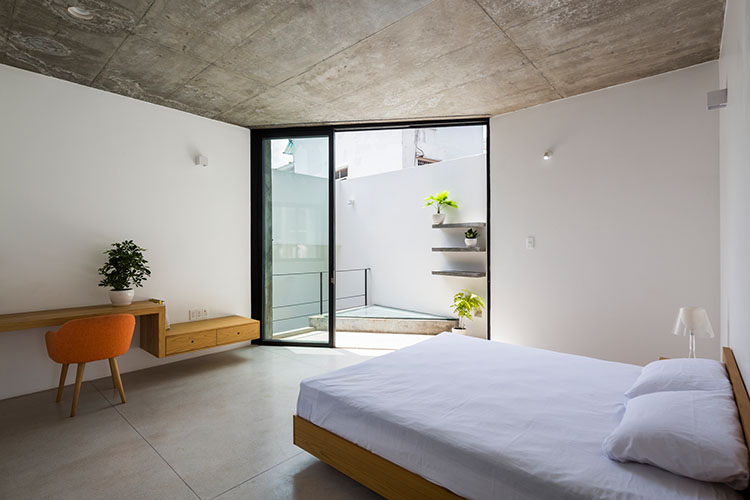 Waterproof cement is applied to both the outer and inner walls, making a seamless transition from the outdoor space to the inside of the house. When approaching the house from the 1-meter wide alley, we’d see a large open space gradually appears amongst a crowded urban area.

The residents can enjoy the change in the living atmosphere throughout different times and weather in the day. “Despite the challenge that the premise is built amidst a densely populated area, still, we have managed to achieve this open living space so that the family can appreciate the natural light and fresh air from the outdoors,” explains the studio. 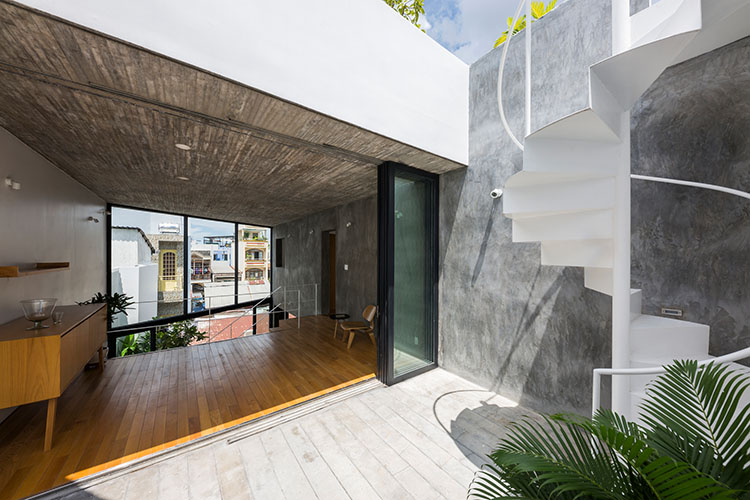 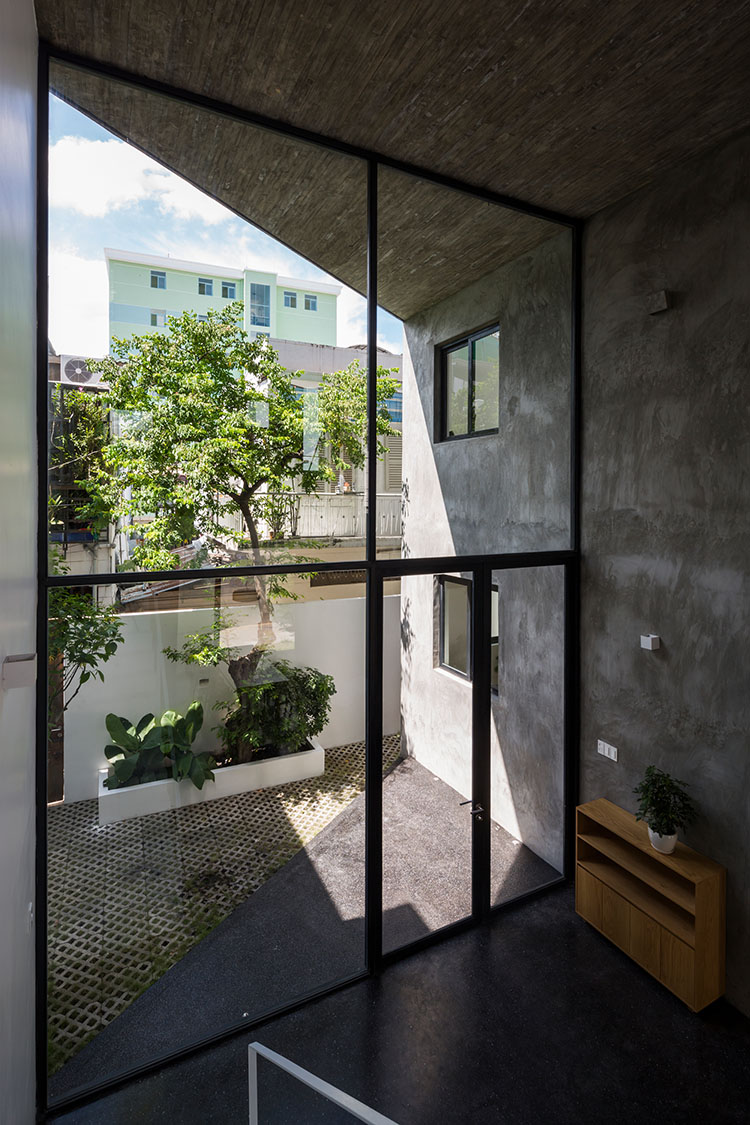 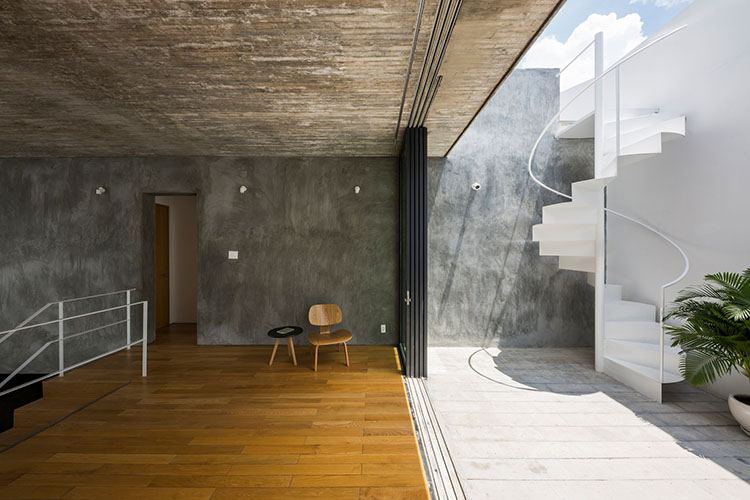 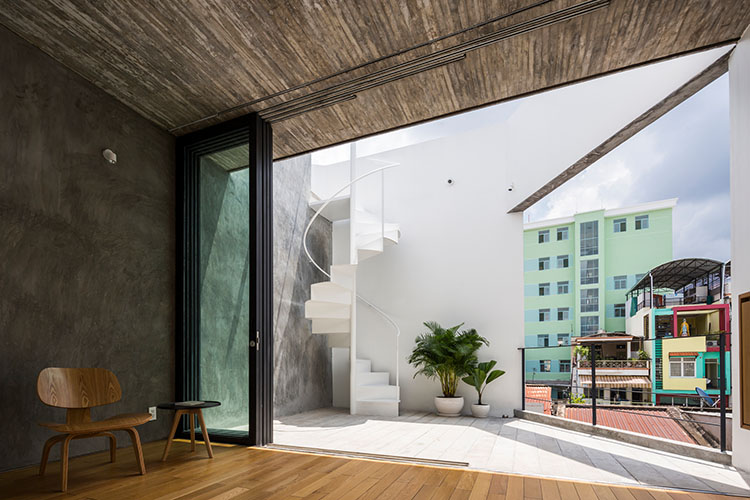 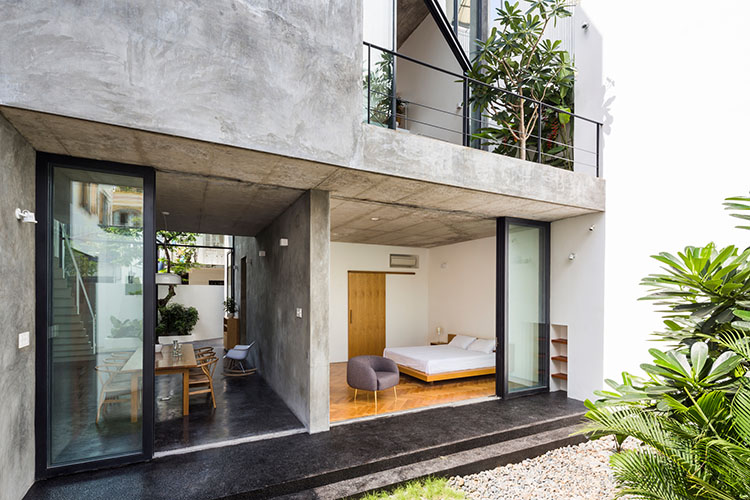 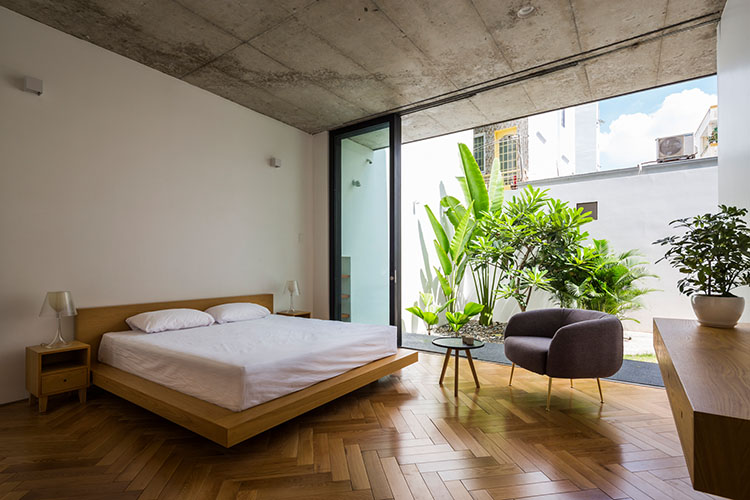 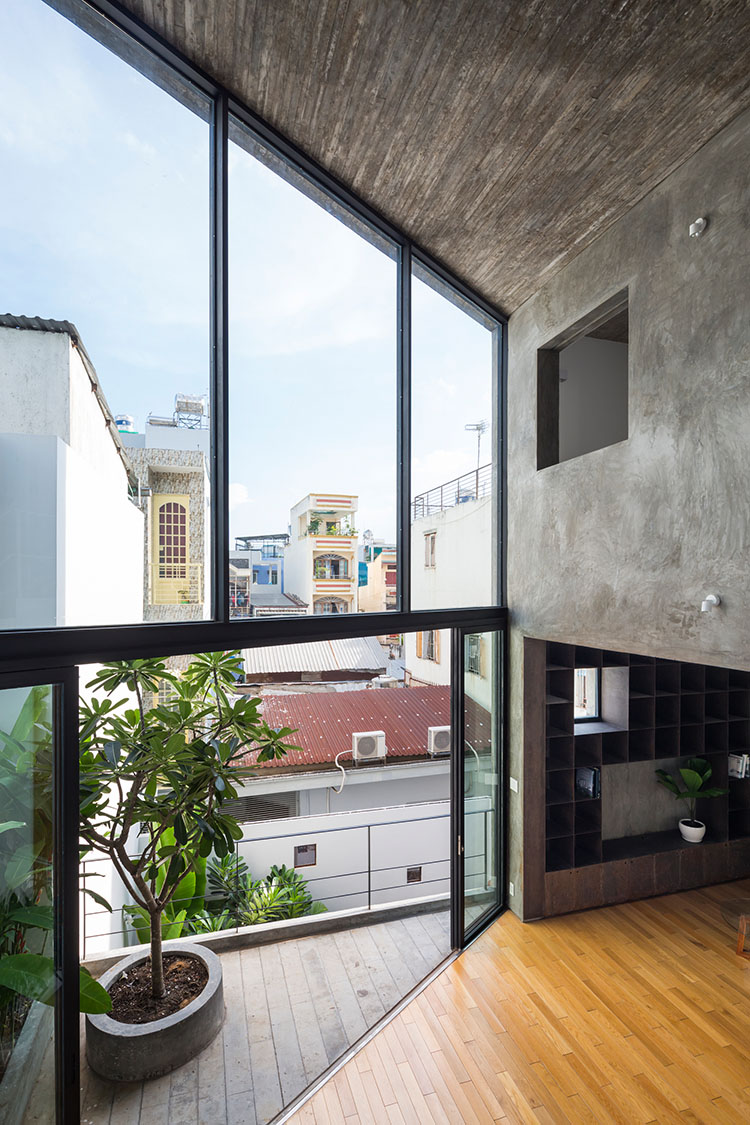 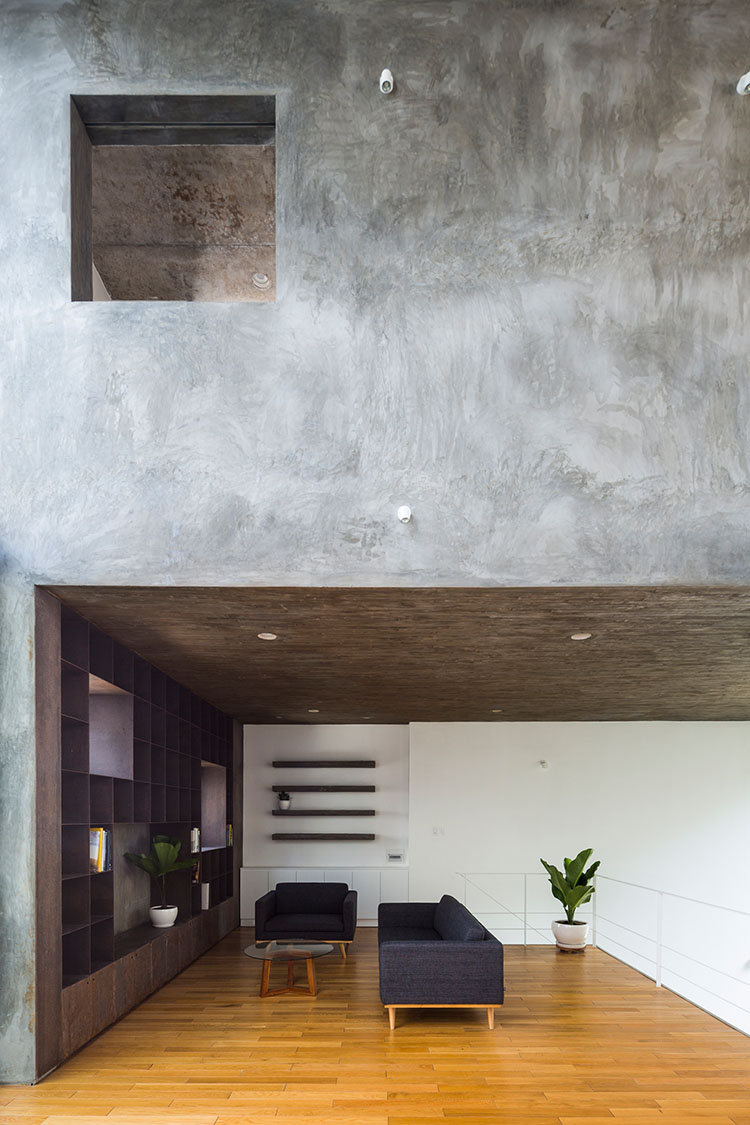 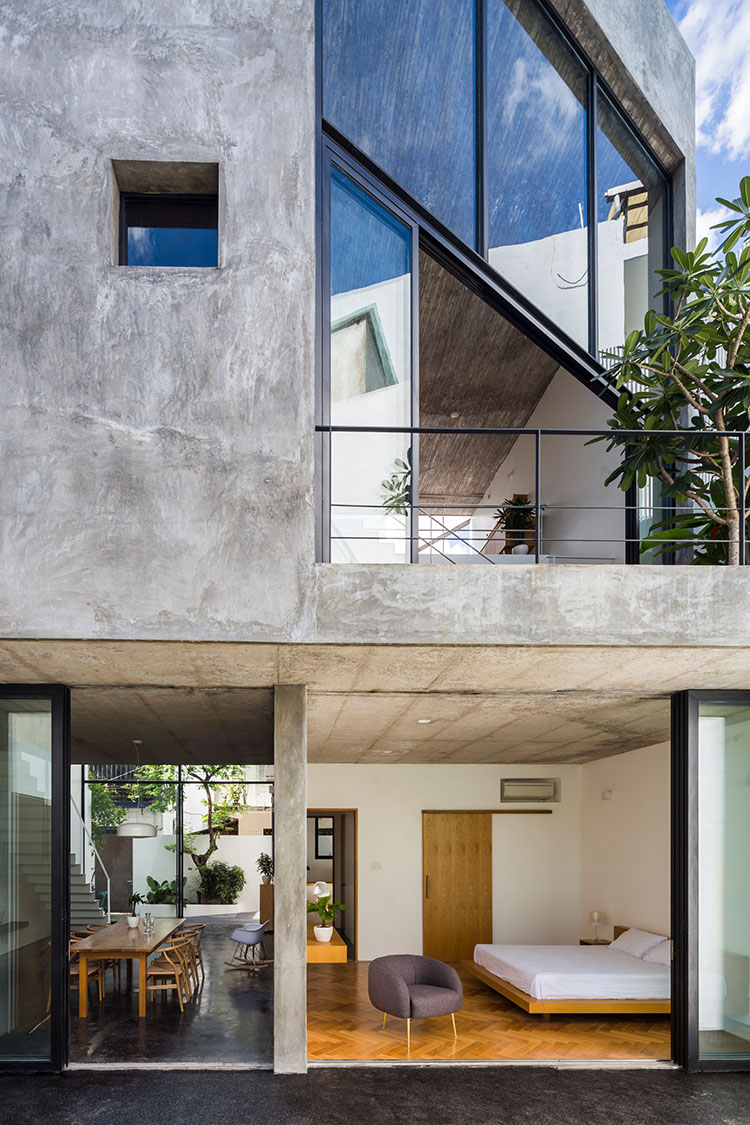 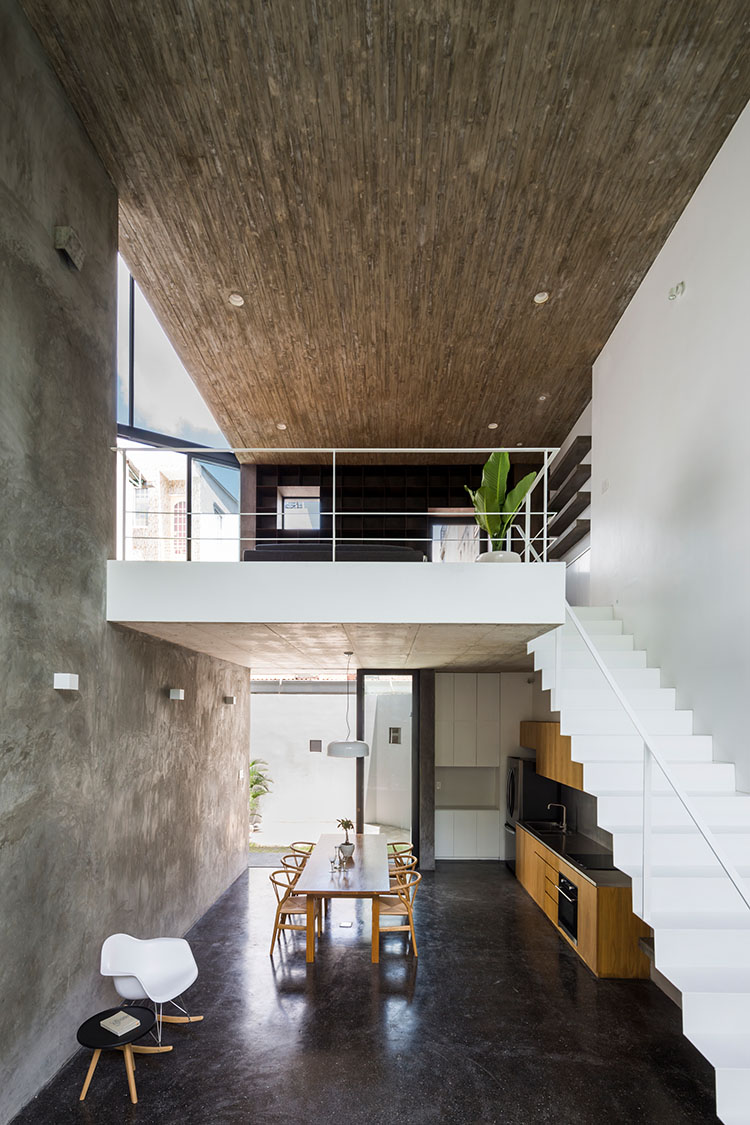 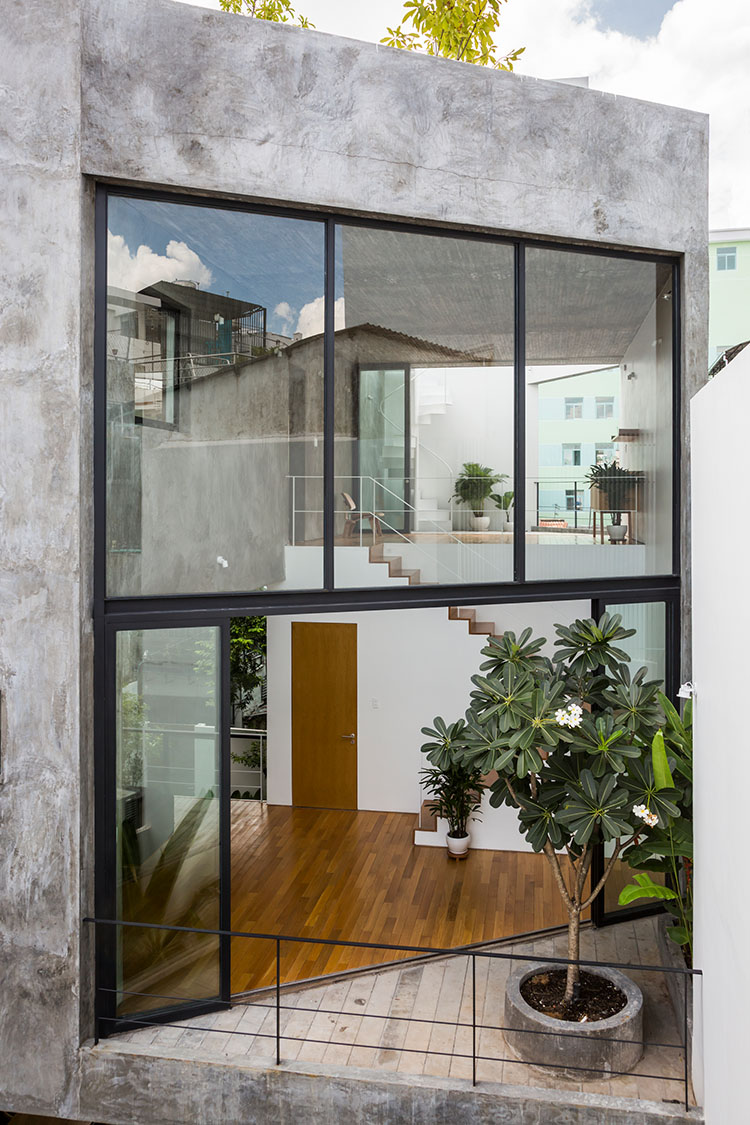