Architecture practice Hamish & Lyons has recently extended a manor house built on stilts above a lake in Berkshire, United Kingdom. The studio has replaced three underused and flood-prone outbuildings to create the new living spaces for a family with five children. In the renovation project of the Stepping Stone House, specific attention was given to the children (5 boys aged 8 to 15) however, the design seeks to engage the whole family with the calming effects of nature. This is achieved through the abundant use of daylight, an organic structure and natural materials. 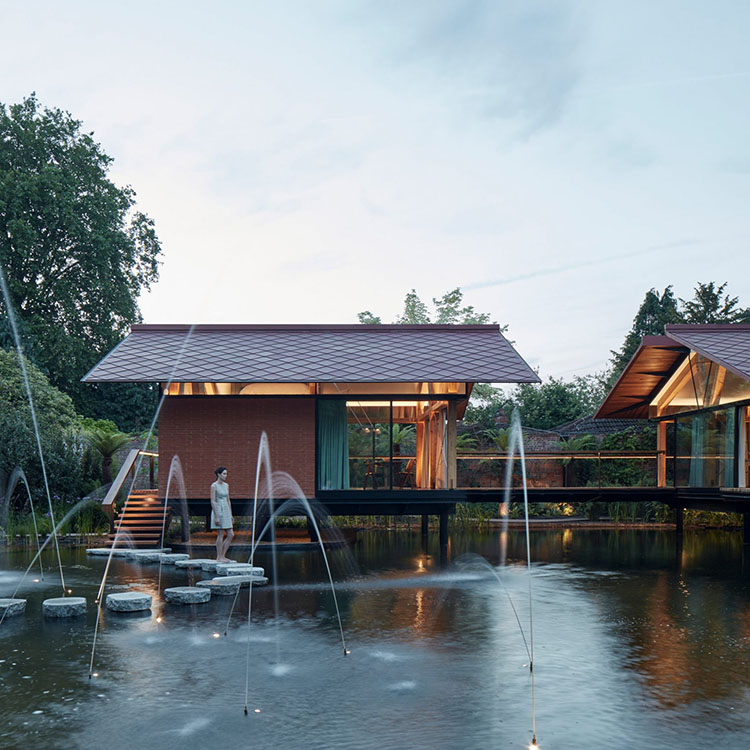 The smaller of the two new buildings is a self-contained guest house and contains a kitchen/living space, utility corridor, bathroom and bed deck. The larger building is a multifunctional space with a bathroom and bed deck and is primarily be used by the children as a playroom. It is connected to the existing house via a structural glass bridge.

Both buildings can be “opened” up to each other as all of the glass at ground floor level is designed as sliding, opening, door panels. At night time, the spaces can be “closed” and “screened” from each other with blinds. The stilts elevate the buildings above the lake, lifting them clear of the flood waters and allowing flush access to the existing house. They also make it possible to swim under the buildings. 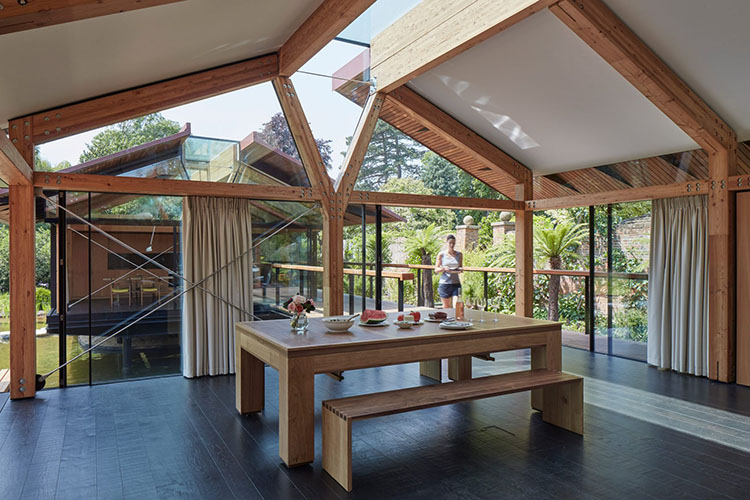 The landscape design is integral to the concept of engaging the family with their surroundings and included the swimming lake as well as creating a continuous route around the buildings. The path snakes through a sheltered garden of large, primordial tree ferns, 2 to 3 metres high and then leads out onto the stepping stones in the lake. Steps rise up to an elevated tree fern walkway and the bridge which connects the two buildings. At night time, the exterior lighting design highlights mature trees in the garden, to create longer views out from the buildings, whilst jets of water form an archway of illuminated lights over the stepping stones.

The architects designed the building as a modular system that was prefabricated and allowed for improved efficiency of construction. They also claimed that the system could be used to produce similar buildings in a variety of different contexts or locations. 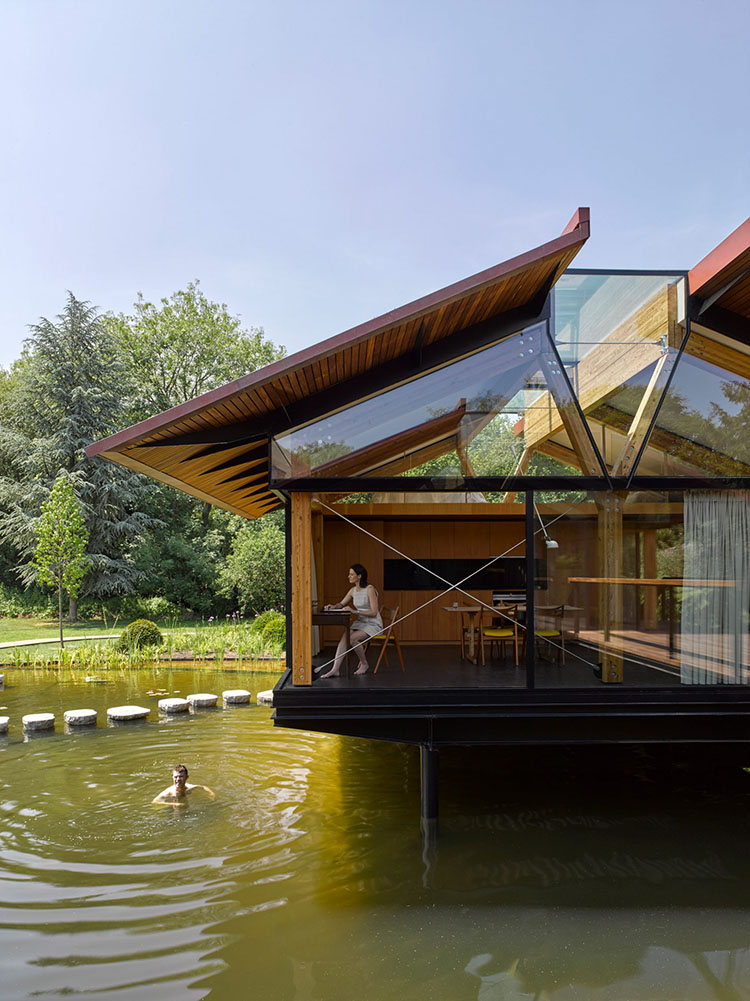 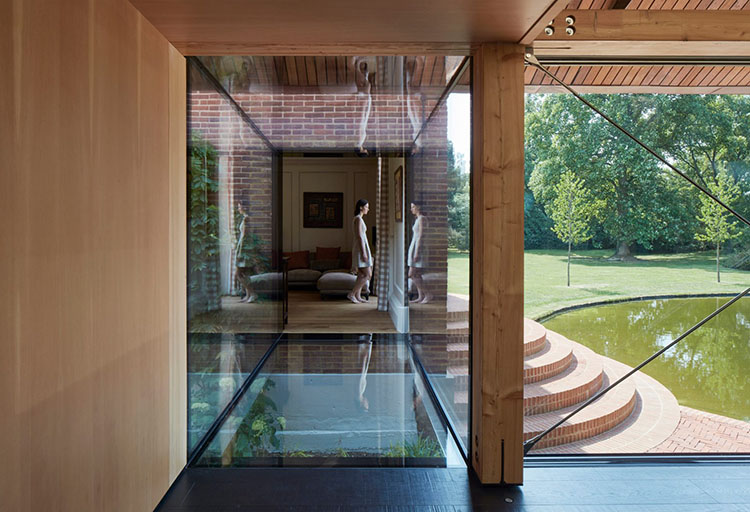 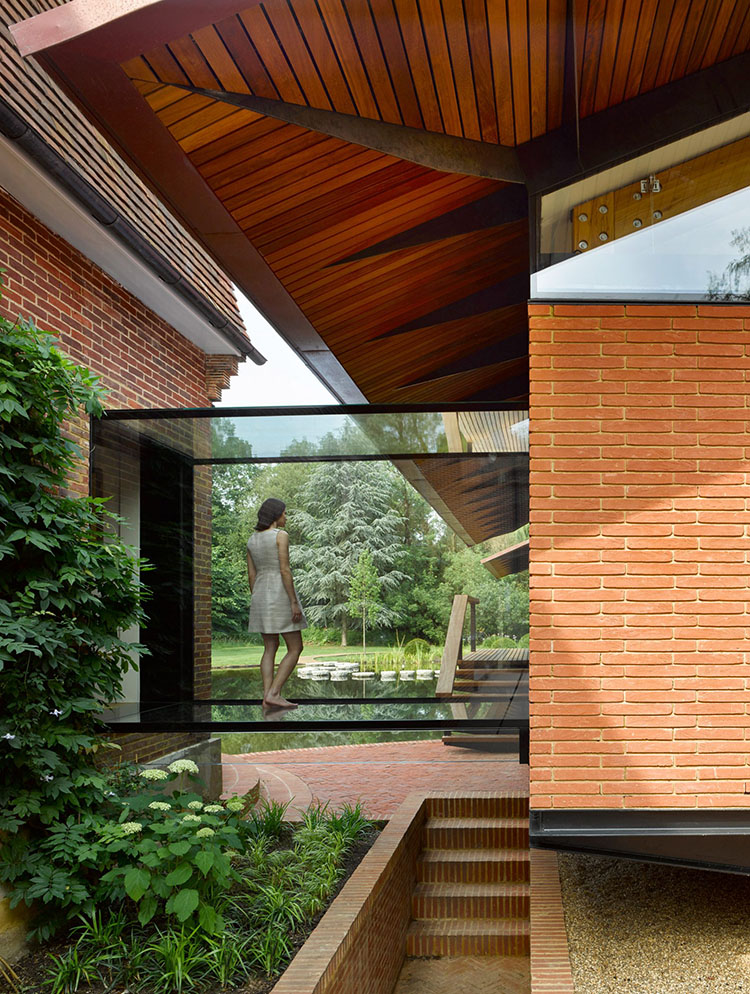 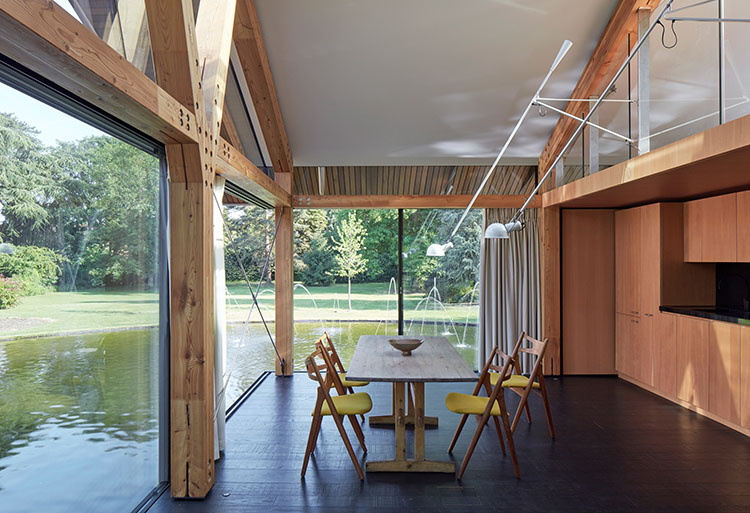 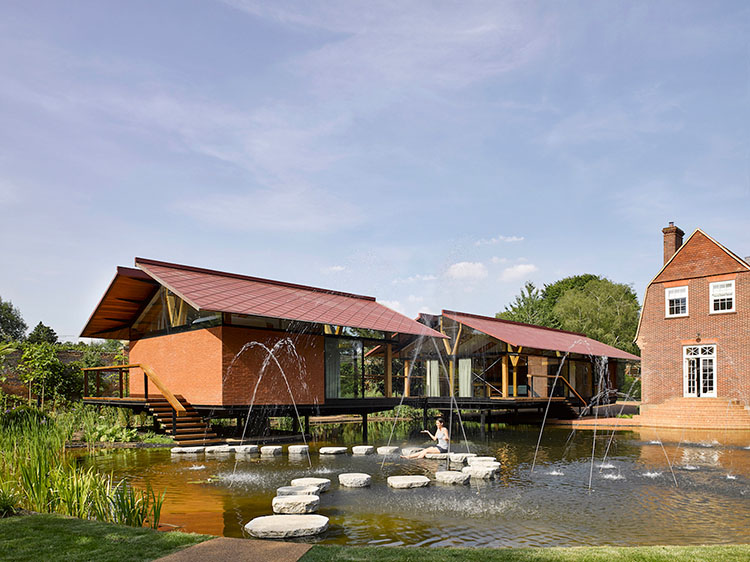 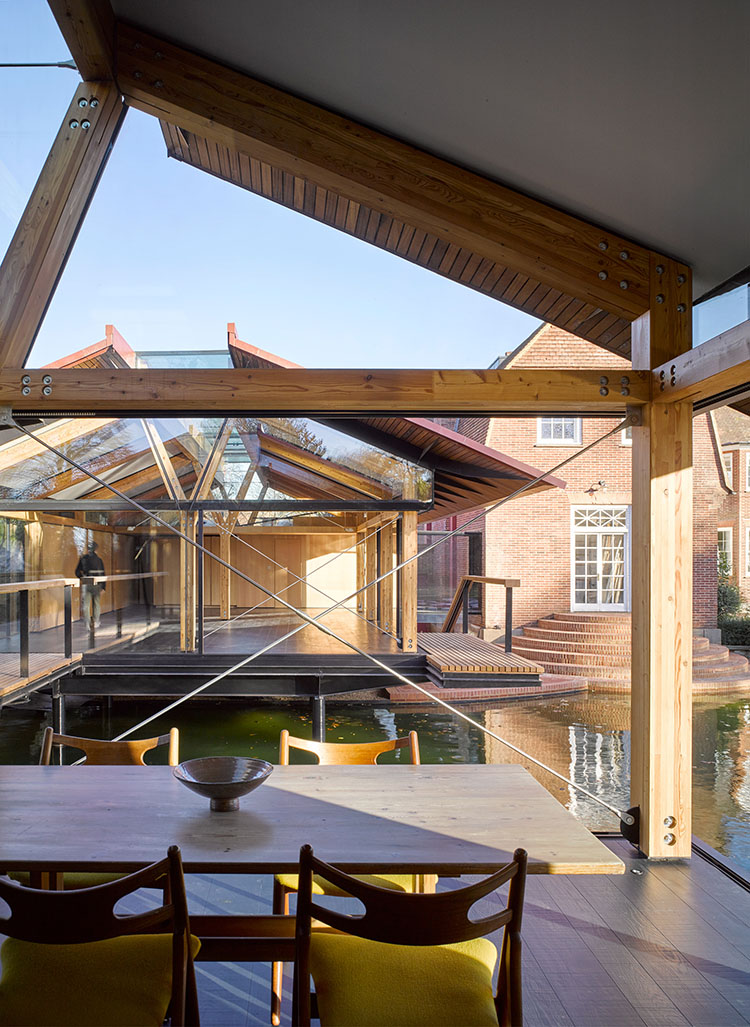 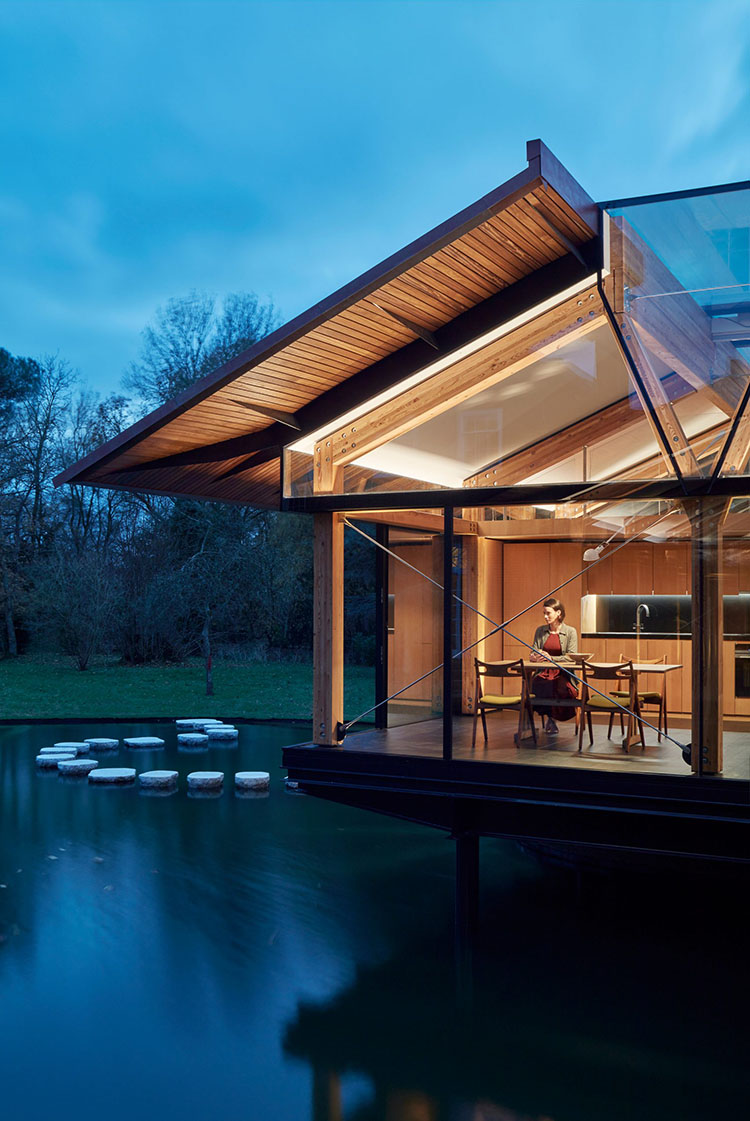