Located in the Indian Silicon Valley, UNStudio has designed the new Karle Town Centre (KTC) as a hub for the rapid technological growth which is currently taking place within the city of Bangalore. Karle Town Centre, which is currently under construction, enjoys a direct connection to the city’s ring road arterial and expanding metro lines. It is positioned prominently next to the established Manyata Tech Park with scenic views over Nagavara Lake and is designed to act as a natural magnet for people and activities in the urban panorama. 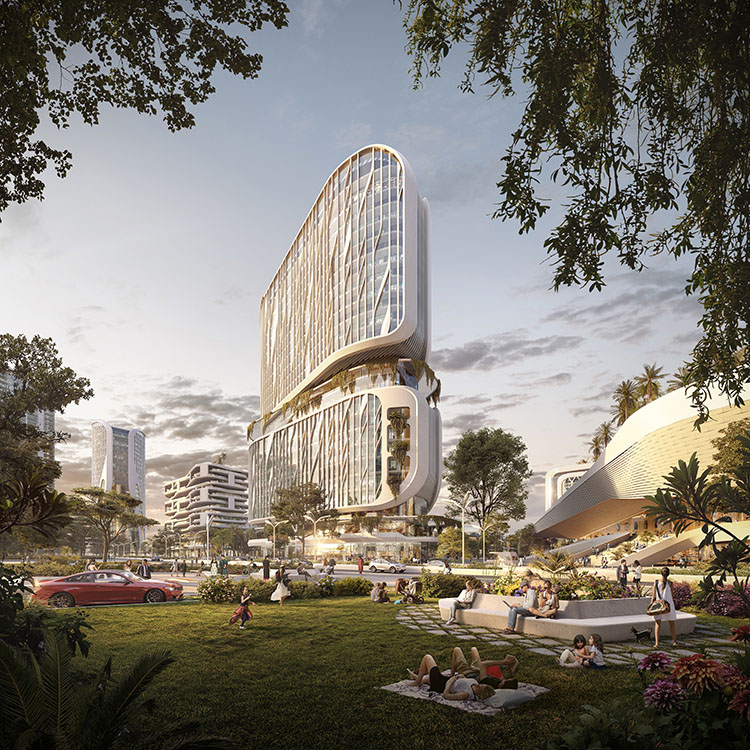 Urban stagnation is a global problem that extends beyond the confines of India and is evidenced by a continuous decline in central business districts over the last 20 years. The reoccurring question is, how do we attract talent, families and investment back to the heart of these cities?

In an effort to avoid urban stagnation, UNStudio has worked together with Karle Town Centre to form an ‘Urban Branding Manual’, which has been conceived as a tool to help facilitate the design intentions of the entire masterplan and serve as a safeguard for the longevity of the buildings. Split into three elements – garden, health and culture – the manual functions to help co-ordinate each aspect of the design, to create a successful whole. 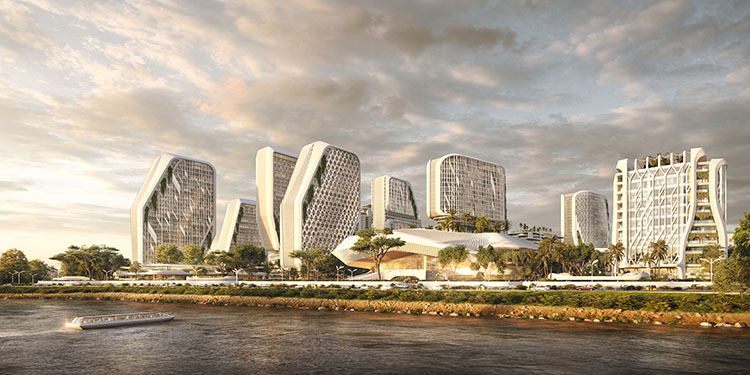 Typical large-scale masterplans are hindered by slow growth and stagnation due to their lengthy construction and development phasing, sometimes requiring decades for the project to be envisioned. UNStudio aims to avoid this by turning each building and plot into its own thriving urban microcosm. Whilst KTC is driven functionally by business and commerce, the programme mix provides an inviting and inspiring environment for working, living and entertainment and ensures activity on the site throughout the day and evening for residents, employees and visitors alike. 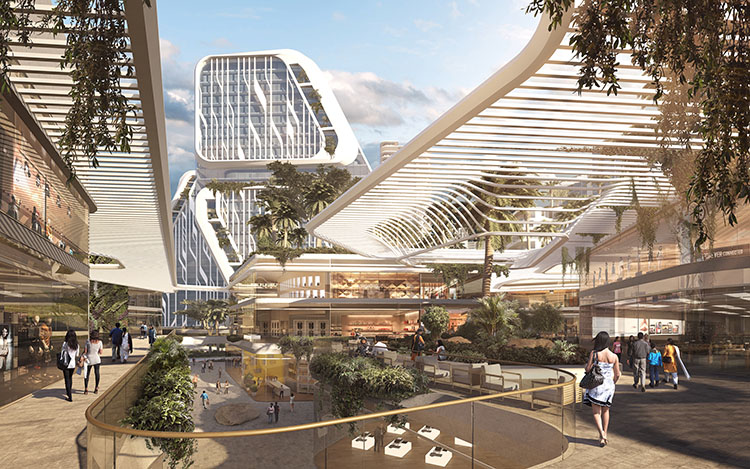 India is one of the most diverse yet distinct cultural regions in the world and as such, the KTC Masterplan understands the importance of capturing the country’s broader personal identity. The inclusion of a grand central theatre, event square plazas, elevated retail stages and amphitheater-style staircases creates a multitude of small and large meeting points with cultural significance.

The design of the KTC masterplan focuses on the cultural perception of health, security, connectivity and scale, while respecting deeply rooted Indian traditions and beliefs. While security is highly prioritised, the design of the urban plan reflects an open and inviting campus; a place where people can garner a new impression of India. 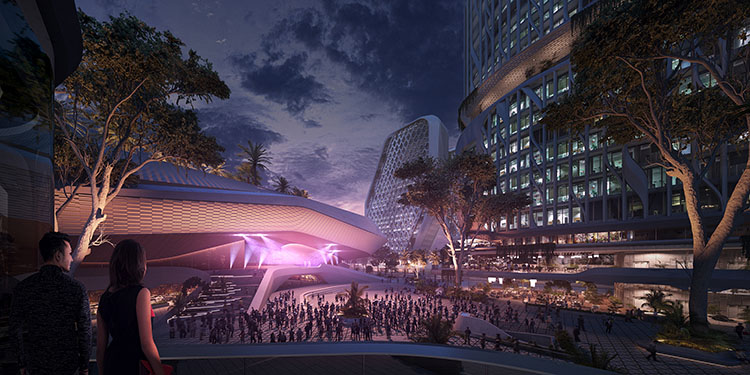 By connecting multiple destinations together in a green and shaded environment with limited vehicular traffic, the masterplan encourages pedestrian movement while offering respite from an otherwise bustling urban context. 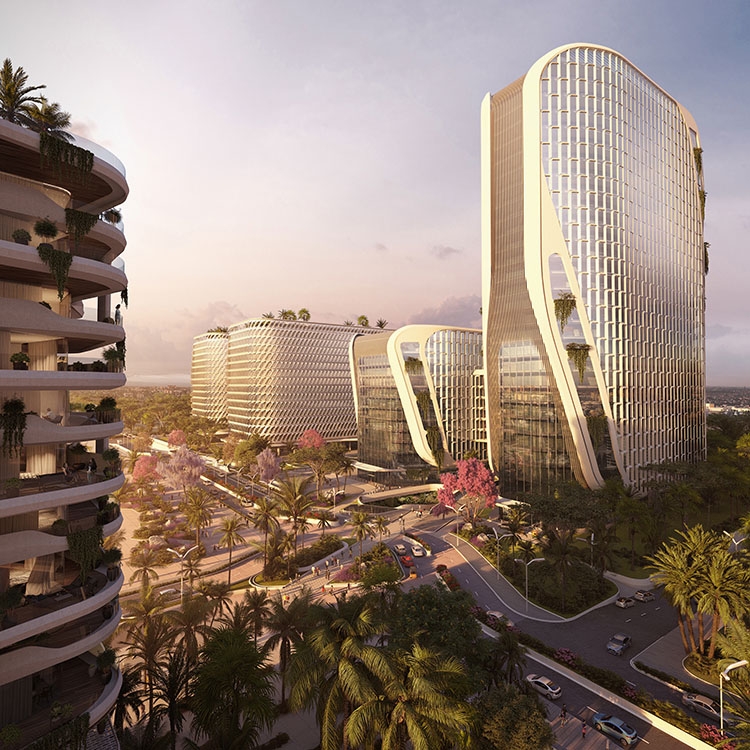 The architecture of the buildings themselves is designed to rise up from a dense green canopy at the base. A series of almost oblong volumes will punctuate the city skyline, positioned together to form a family of shapes, standing out as a beacon of Bangalore and India’s future. The facades will be painted in UNStudio and Monopol Color’s unique and patented ‘coolest white’ ultra-durable paint, providing a contemporary identity to the Karle Town Centre masterplan. The architectural expression has been developed with the landscape at the forefront of the design. By integrating nature, from green pockets to the rounded, organic edges of the volumes, the scheme intends to announce itself as Bangalore’s ‘Garden City of the 21st Century’.