British landscape architecture studio Gustafson Porter + Bowman has reimagined the landscape of the Eiffel Tower in Paris ahead of the Paris 2024 Olympic Games. The London studio won the competition for the Site Tour Eiffel project, beating entries from Koz Architects, Amanda Levete, and Agence Ter.

Titled OnE, the scheme is founded on a unifying axis: celebrating the Eiffel Tower at the center of a line that connects the Place du Trocadéro, the Palais de Chaillot, the Pont d’Iéna, the Champ de Mars and the Ecole Militaire. 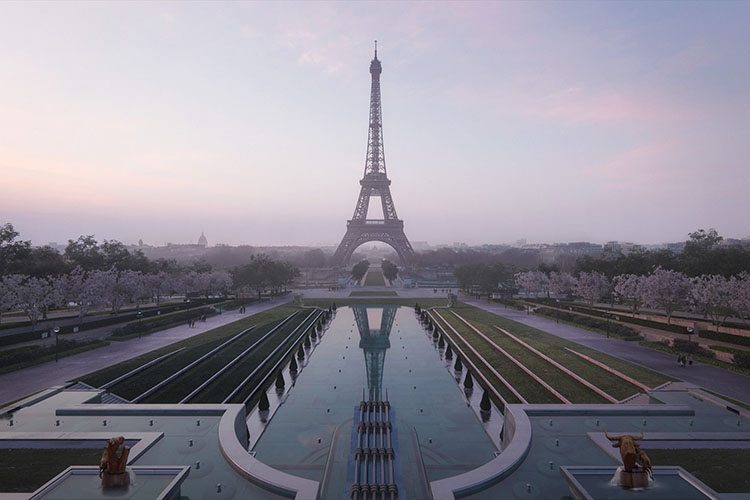 The scheme was commissioned to coincide with the city’s showcasing of the 2024 Olympic Games, expected to add to the 30 million annual visits made to the Eiffel Tower. At the moment, fundamental issues such as over-crowding, impaired accessibility, lack of services, and congested gardens have impacted the experience of the iconic landmark. The Gustafson Porter + Bowman redesign, therefore, envisions one readable landscape that promotes unity, continuity, and diversity in a resilient, inclusive, and environmentally-orientated future. 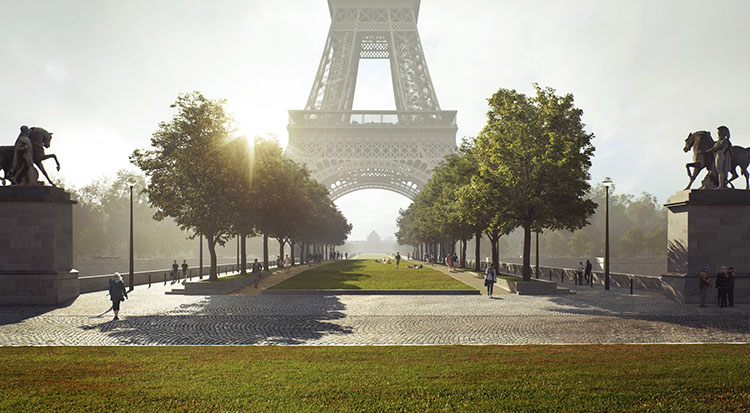 Along this central green axis, a series of reimagined landscapes interlock, such as a green amphitheater at the Place du Trocadéro, and a reincarnated green promenade at the Pont d’Iéna bridge. OnE also creates spaces for pleasure and contemplation punctuating the length of the site, prioritizing the human scale. Two historic landscape typologies are evoked: classical French gardens characterized by major powerful axes, and French picturesque gardens, places for artistic experimentation. 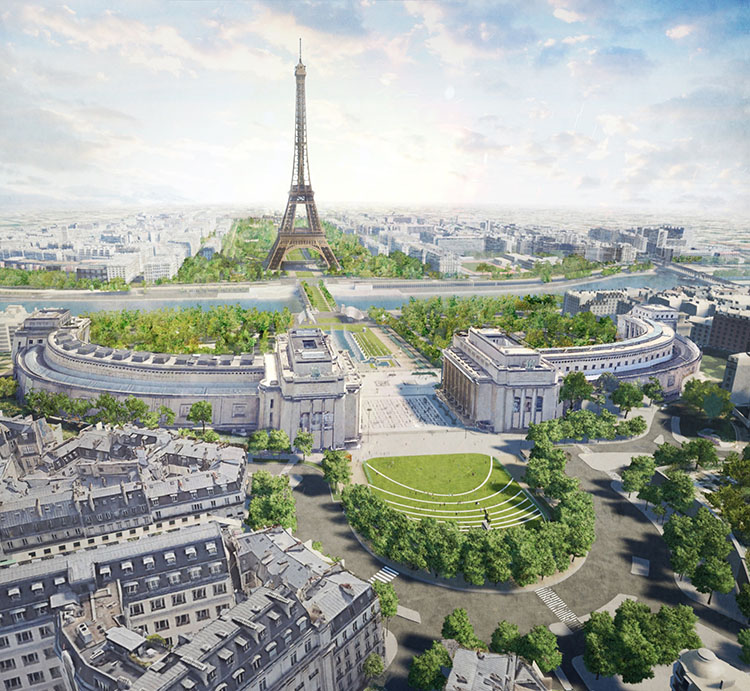 In this urban landscape, green routes and gardens reserved for creative pursuits frame and soften the central axis. These “corridors” and “glades” introduce biodiversity, as well as areas for hosting temporary events. such as musical performances and sculpture exhibitions. 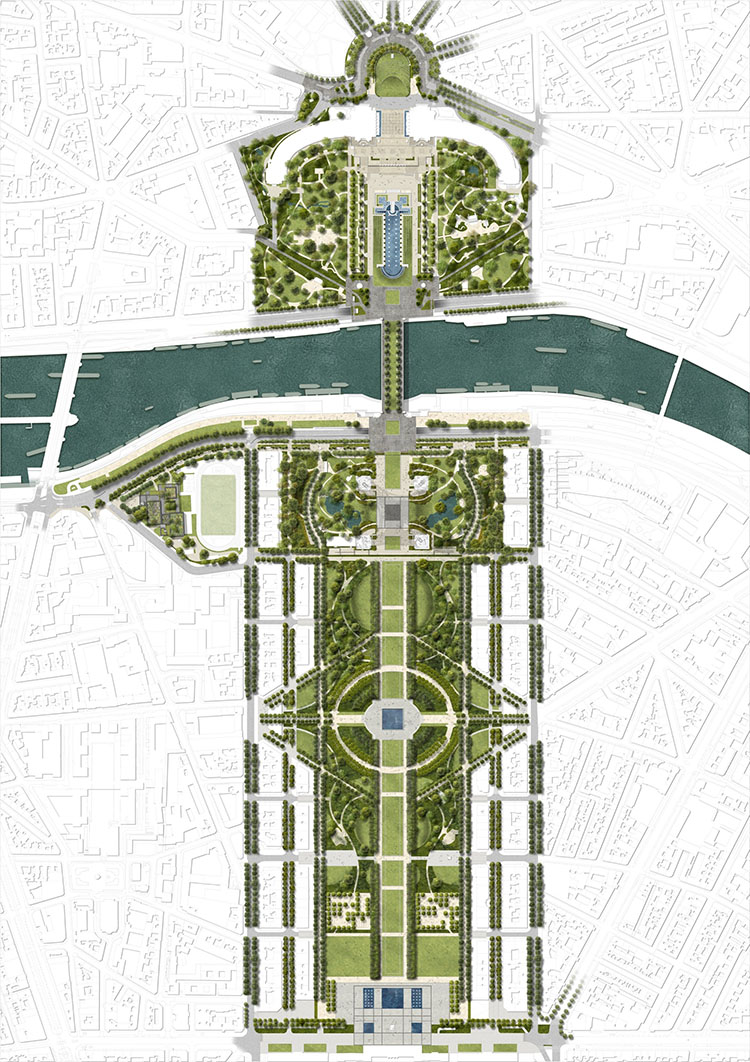 “OnE embodies the international character of the site; it connects not only the site from West (Trocadéro) to East (Joffre) – the Ouest-Est / OnE represents the interconnections on this site between the West and East of the world: one humanity, one planet,” said Gustafson Porter + Bowman. “Therefore, OnE encapsulates a unified environmental approach towards the future. The City of Paris and the OnE proposal represent the vanguard of instituting environmental resilience into an urban context. “