Foster + Partners has completed stations in Saudi Arabian cities Mecca, Medina, Jeddah, and King Abdullah Economic City, connected by the 280-mile Haramain high-speed rail line. The four stations along the route – conceived as gateways to each city – are inspired by the ancient architectural traditions of the region and provide a shaded retreat from the sun while creating a new infrastructural spine for sustainable transport in Saudi Arabia. 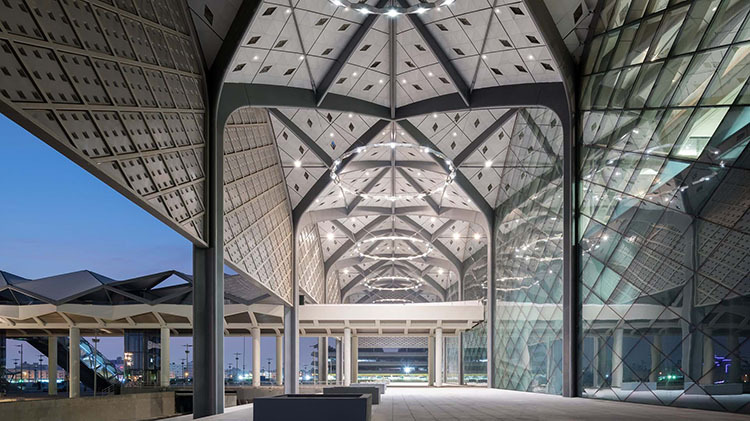 The stations are built using a modular approach, with design elements that are common to all stations along the route. The steel columns and arches form freestanding structural trees that are repeated on a square grid and connect to form a flexible vaulted roof, inspired by the colonnades found in many traditional buildings in the region. The vaults in each station are of a different colour, responding to the identity of the different cities. 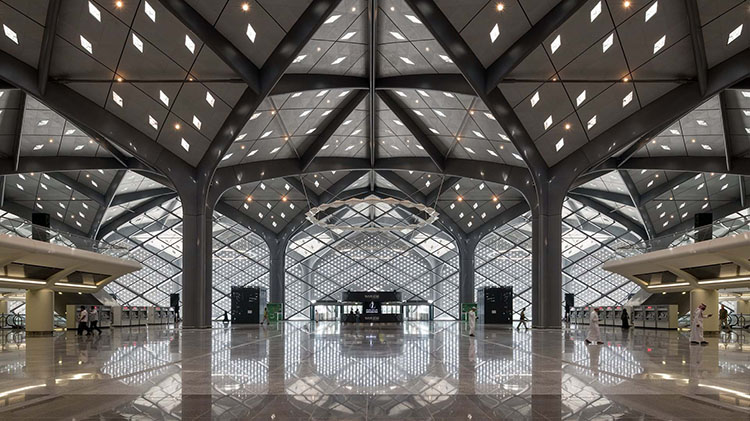 The stations are designed to serve up to 20,000 passengers per hour at their peak. Therefore, the arrangement of spaces follows the direction of travel, and helps passengers navigate the stations intuitively, with few level changes and the interior spaces provide respite from the heat of the desert. The vaulted roof and walls contain small openings that draw beams of daylight down to the concourse level, carefully controlling the intense glare from the sun and creating a calm, atmospheric and well-lit environment. Spherical chandeliers, suspended between the arches, provide focused lighting, mediating between the scale of the roof and concourse level and accentuating the rhythm of the structure. 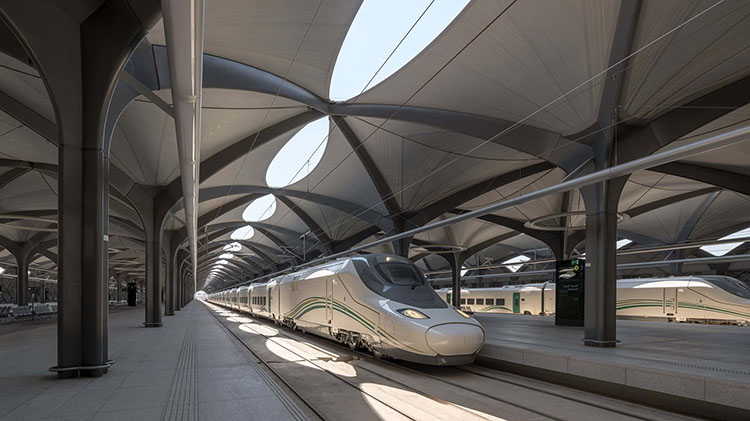 One of the primary challenges in the project was that the design and construction of the stations was carried out completely independent of the civil works and track installation. Therefore, the stations were designed, and workflows planned, to allow civil works to continue in parallel.

In addition to operational and structural flexibility, the stations also offer seamless connections to other intracity transport networks, particularly with the Jeddah Metro – also designed by Foster + Partners – as well as the developments surrounding the stations. 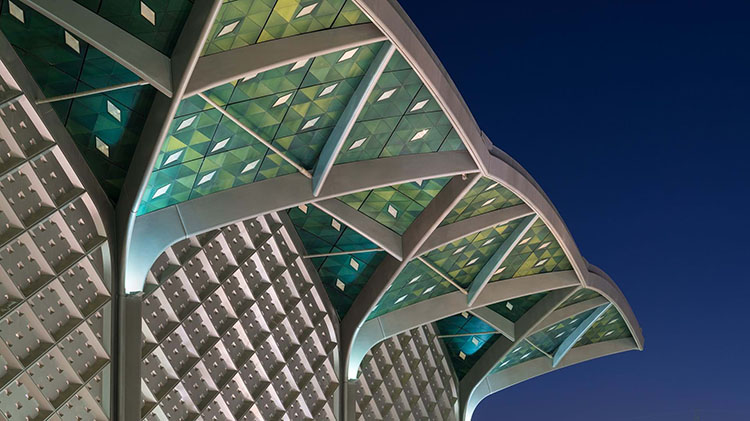 “We have designed all four stations, resulting in a consistent approach and intuitive wayfinding strategy throughout the network,” says Angus Campbell, Senior Partner, Foster + Partners. “The stations are based on a common27-meter-square module containing the roof, concourse and platform, which is flexible enough to be reconfigured for both through- and terminus stations, while also making it possible to extend the stations in response to changing passenger requirements.” 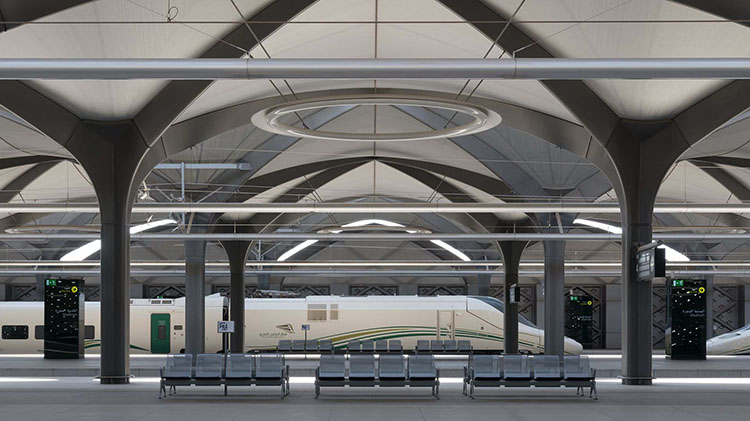 Sustainability is an important theme that runs through the project. The station buildings are designed based on principles of felt temperature reduction – from outside the station to the platform, the ambient temperatures get progressively lower without the need for mechanical cooling throughout. Inside the station, the temperature is maintained at 28˚C and the platforms have large fans and misting devices that help keep the area cool. Mashrabiyas enveloping the glazed façades also help reduce the interior temperatures, while allowing glimpses out of the station. 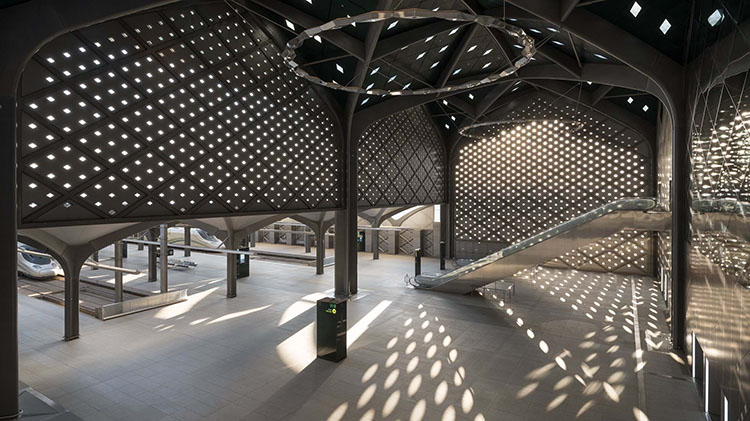 The stations are designed to accommodate the growing passenger demand, from an initially anticipated 60 million to 135 million passengers per year. With trains running at a max speed of 300 kilometers per hour (186 mph), the travel time between Makkah and Madinah will be cut down to just 2 hours 20 minutes. Operations will begin with 35 trains that can carry up to 417 passengers each.