Studio LIM has recently refurbished a 1973 Brutalist apartment in São Paulo characterized by the repetition of concrete arches along the spaces. Quite particular, this composition shows the frames that rise from floor to ceiling in much of the room and create a nuance between structure and landscape – two elements impossible to be forgotten when designing the interiors.

The unit had previously undergone a refurbishment and the entire apartment had been demolished with plaster lining, which hid the arches of the structure. In this same respect, 80% of the frames (floor- ceiling) had also been covered with plaster – the fixed upper and lower windows were hidden, and only the tilting window remained as light entrance. 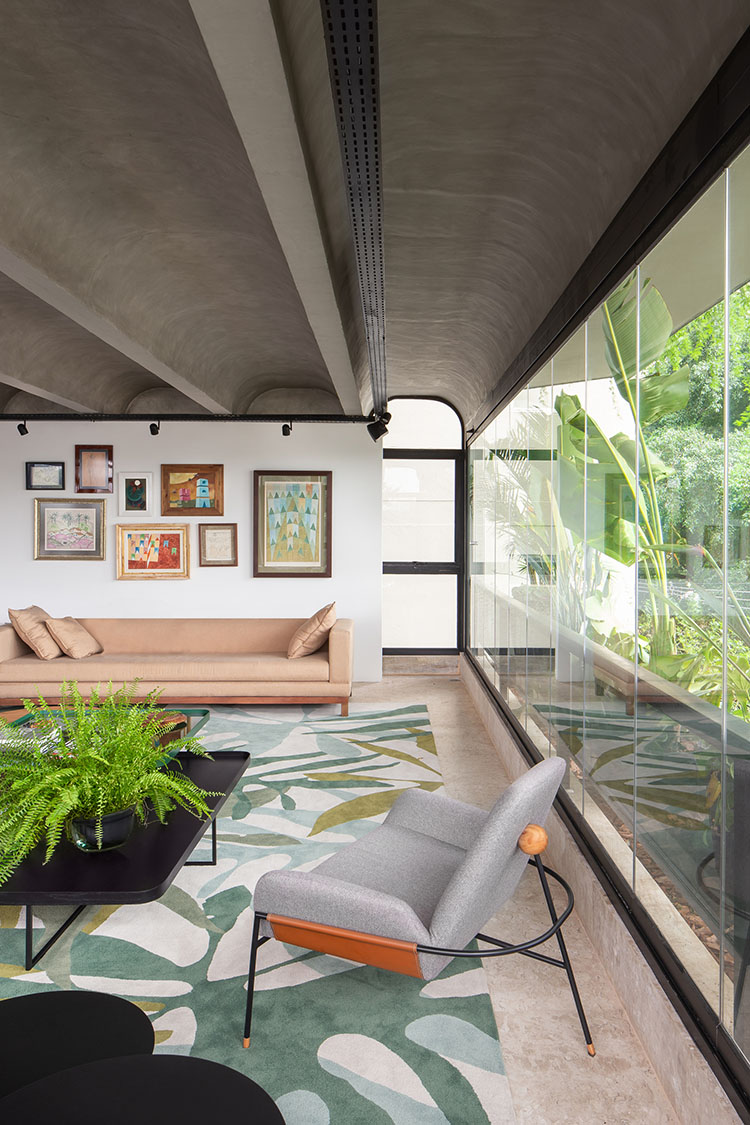 With the definition of the aesthetics to be sought, the next step would be to adapt the rooms – the two suites in the original plan were transformed into three, thus enlarging the master suite with the creation of a master and a secondary bath – and structure the facilities according to the needs of modern life. The air conditioning, automation and lighting pipes required a minimum of plaster lining in some areas. With that reduced intervention, it was possible to maintain the slab exposed in most of the master suite and in the social area, where the frames are single-story floor-ceiling.

In discussing the terms of the project, the couple reported that they would like to receive and cook for their friends on weekends, a situation that presumed integration of the dining room with the living room. This integration could not be absolute, however, because the couple has two children and two employees during the weekdays.

Based on this information, a multi-function stovetop is designed as the “heart of the house”: it serves as a meeting point for friends on weekends and where everyone eats on weekdays. The use is absolutely organic. 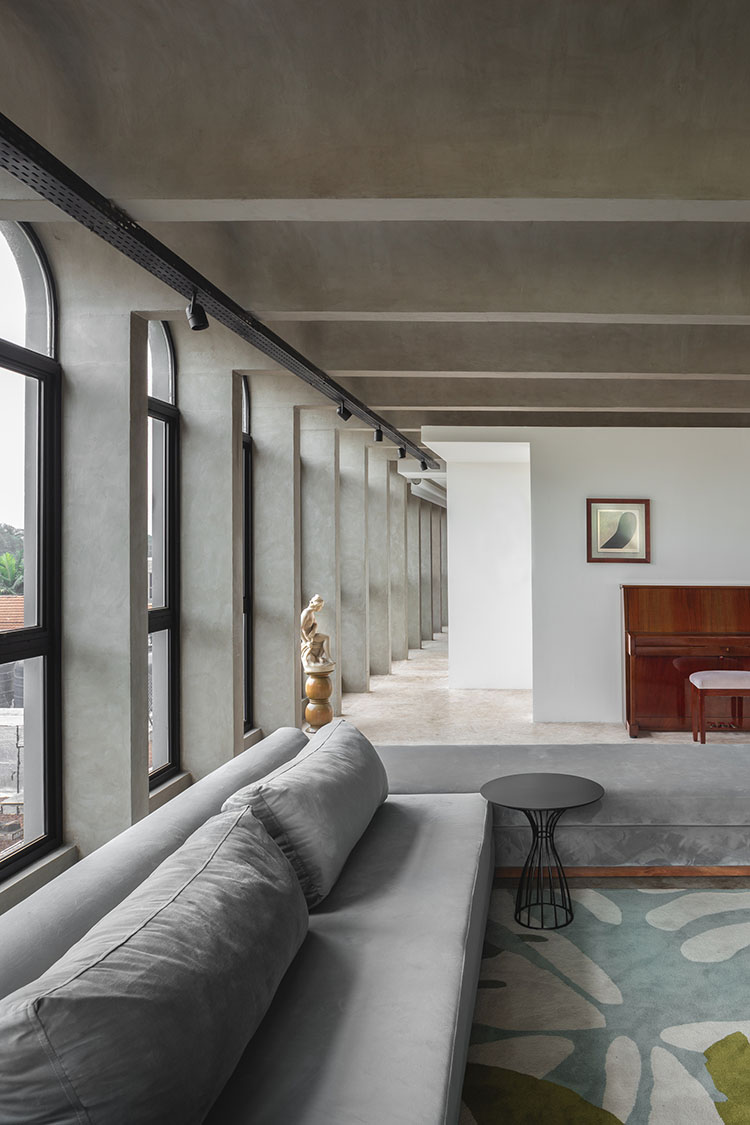 Another important recommendation was that the intimate room should be isolated from the social area for independent use if children were to have tasks distinct from adults – or even because of simple sound insulation in television sessions. This issue was resolved by the installation of sliding doors that are embedded in the hall cabinet’s joinery, which maintains the insulation depending on the will of the residents in situations where compartmentalization of environments is required. 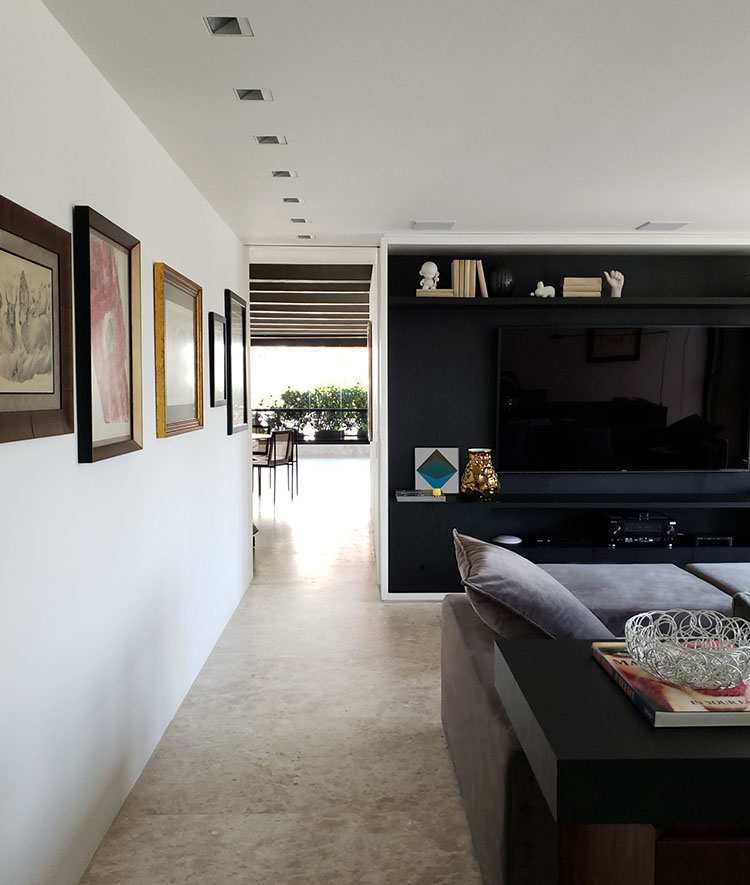 In the decoration of the apartment, the hardness of the apparent concrete was softened by elements of nature. With the removal of the plaster and the appearance of the frames, the tops of the trees around the building began to be seen from within the living room. In parallel, the large plant pot existing in the entire extension of the main facade allowed the elaboration of a garden practically inside the apartment. Inside, shades of green, natural wood and straw have gathered to warm the concrete and bring the external area closer. The white walls add plasticity to the palette of colors and give art gallery air by receiving the collection of paintings of the owners.

The apartment is a homage to Brazil, its nature and its architectural production. It is a gentle flirtation between Tropicália and Brutalismo – two artistic movements that have long been consolidated. 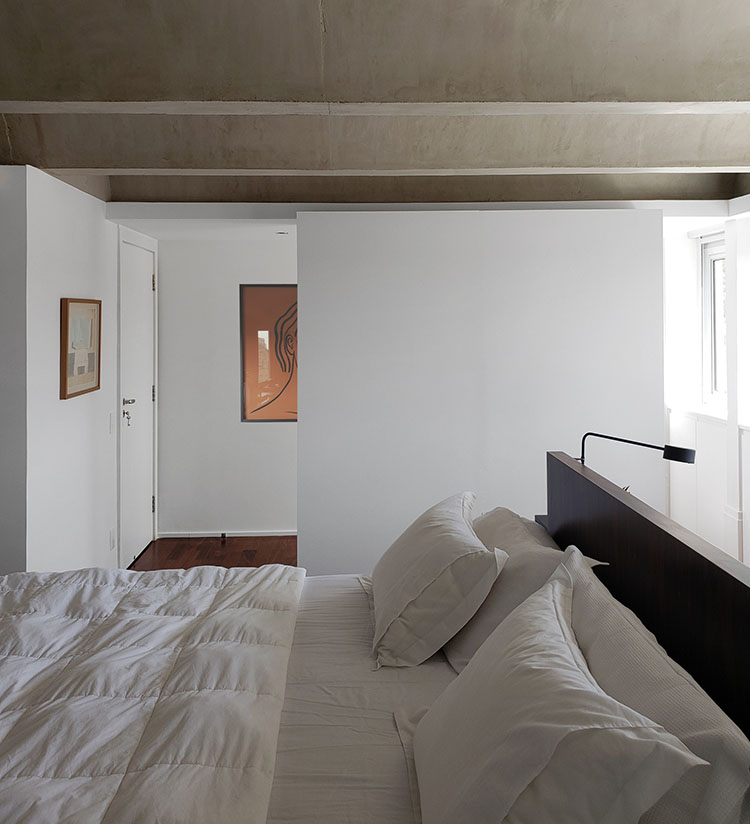 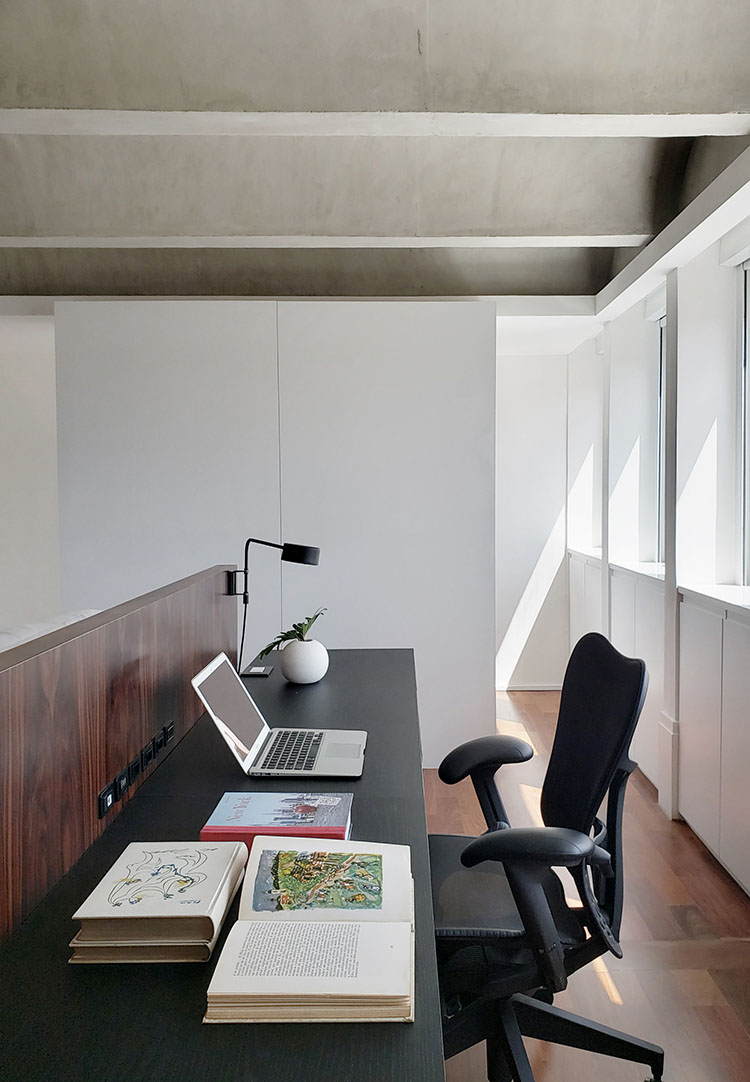 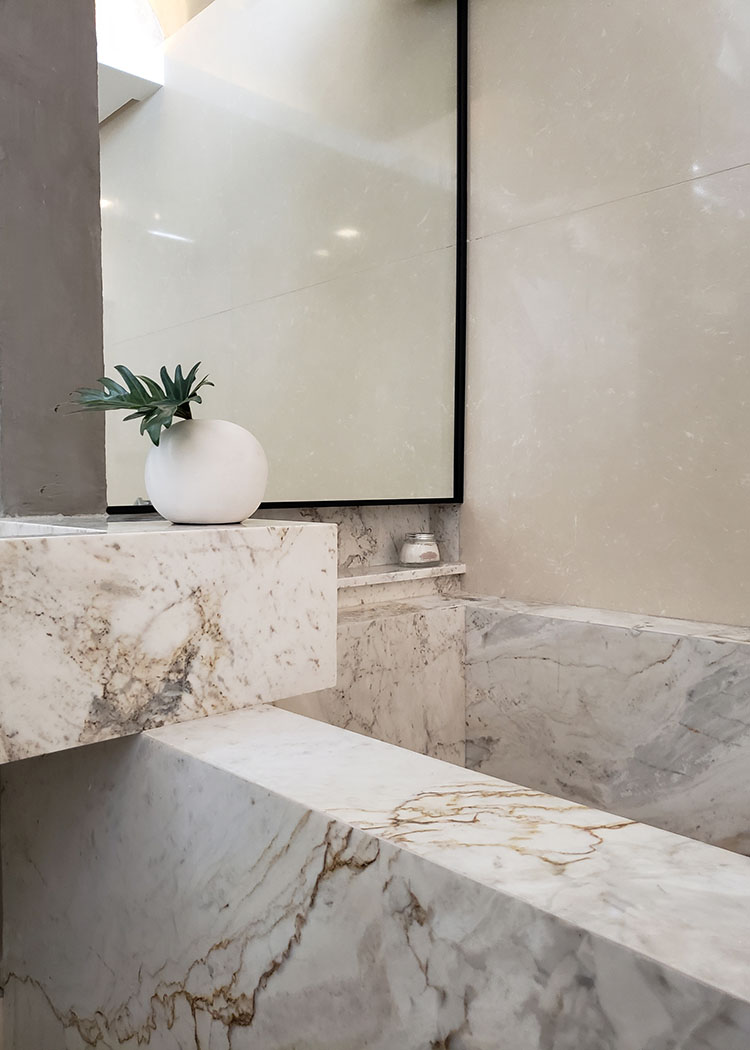 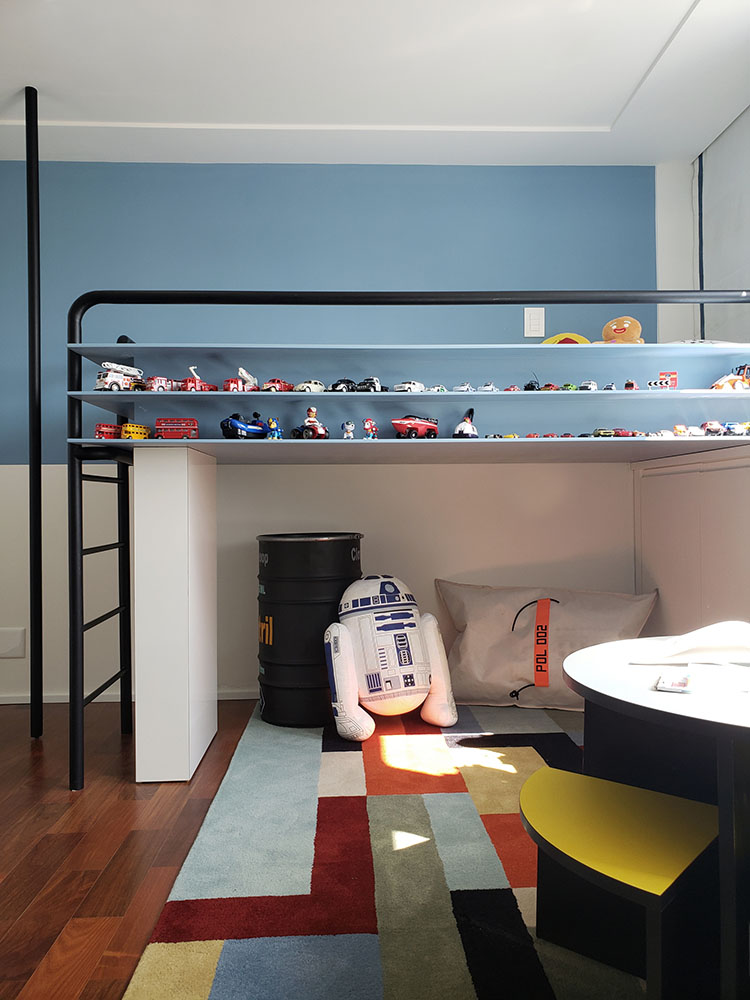