There are territories, buildings, spaces that represent more than just their physical and material dimension. They have the ability to create sensations and appeal to our spirit and our imagination, in a constant dialogue between the sacred and the profane. In design the interior for this Islamic Cultural Centre – located in Colinas do Cruzeiro, Odivelas – the aim of Estudio Amatam team was to provide the space with spatial and symbolic qualities that potentially could create in the visitor awareness of the mystic and the sacred. 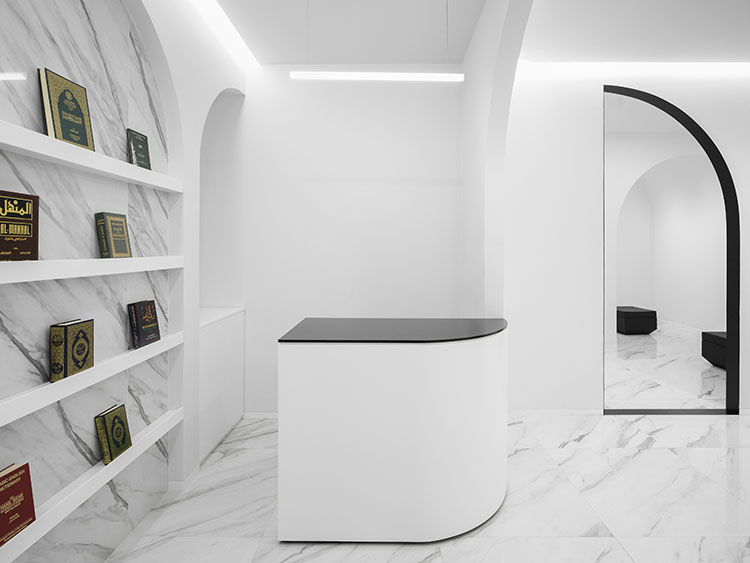 Being a space dedicated to spread the Islamic identity, it is also a space for the whole community, a space for dialogue and sharing of culture and knowledge. Therefore, the program for this Centre had to contemplate an exhibition space, a space for the dissemination of literature, a meeting/studying room, and a male and female prayer space. 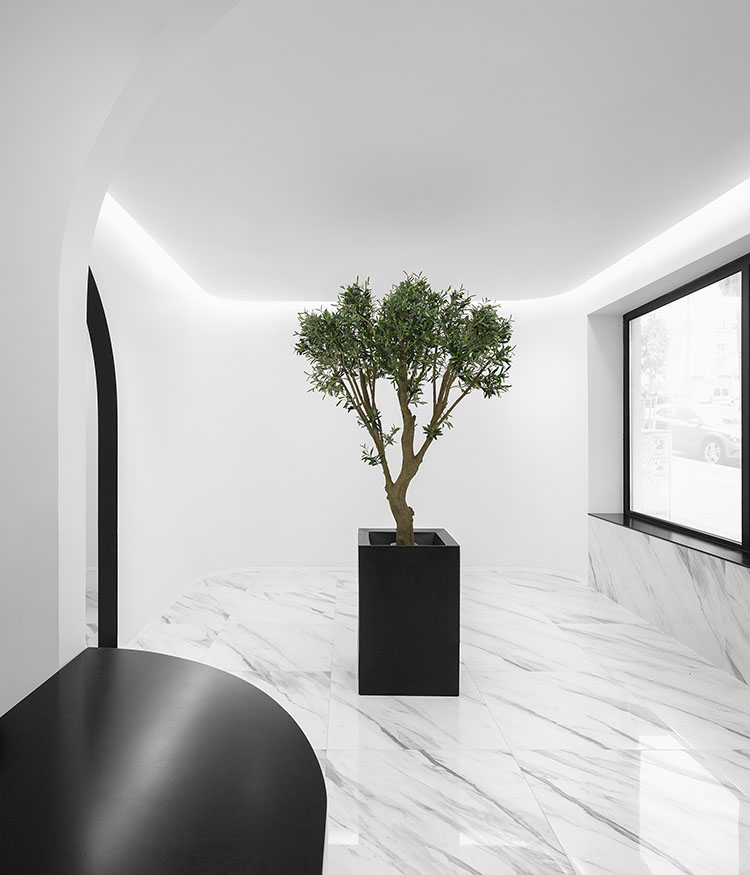 The Odivelas Islamic community is one of the largest of its kind in Portugal, so it was imperative to provide a space open to the community in general, where a set of cultural and religious activities could take place, not only to serve the elements of this community, but also the population in general, who might has an interest in knowing better this culture. 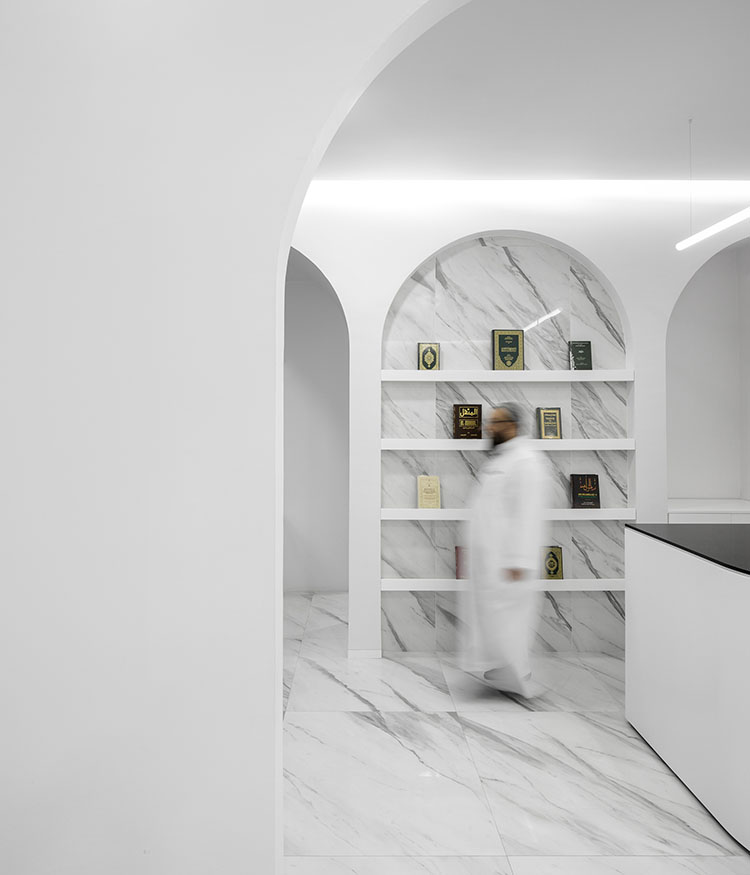 Together with programmatic needs, the space was developed from a formal point of view based on the imaginary of Islamic architectural culture, of which we highlight the inspiration in elements such as pointed horseshoe arches and groin vaults. Starting from these elements and transforming them into a contemporary language, the studio created a space environment that is divided into several interior spaces that interconnect each other through the dynamic flow of the arches that leads the visitor in a journey through the interior of the Cultural Centre. 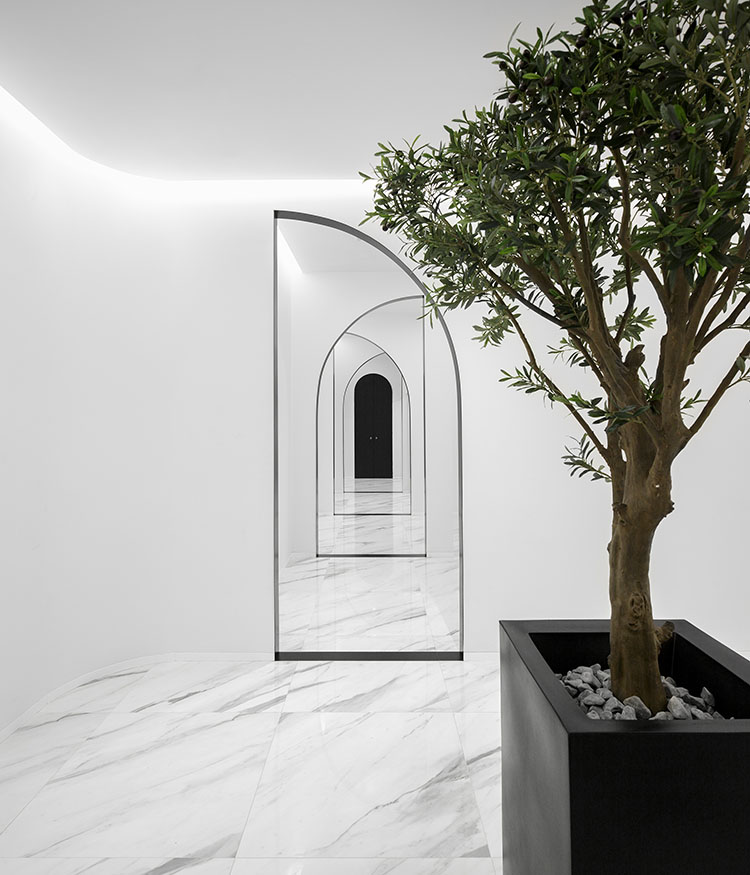 The interior volumetry was sculpted in order to stimulate the senses, through curved and fluid forms that remember the Islamic architectural grammar, creating several different moments along the route through the space interior.

The program was distributed hierarchically and taking into account which functions were of more public character – located in the area closest to the entrance – and the ones more reserved – located in the innermost part of the Centre. 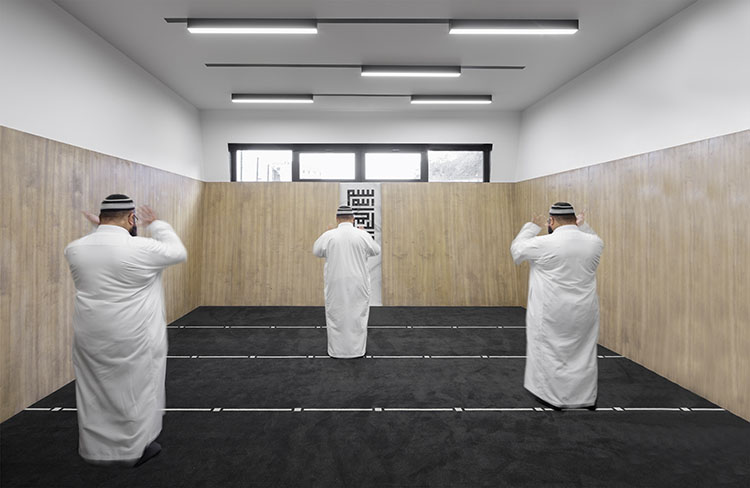 Concerning the material palette, Estudio Amatam opted for a language that is above all elegant and discreet, and in some specific spaces, the approach is almost minimalistic, in order to emphasize some of the most sculptural spatial gestures. In the exhibition spaces, a more neutral environment was proposed, predominantly white, so that the exposed elements have the deserved prominence. However, this design decision also intends to emphasize the religious space character, so the careful use of white, and the light treatment intends to achieve this goal.

In the prayer spaces, the previous strategy was continued, but providing the spaces with some extra visual and tactile comfort through the application of wooden elements in the male prayer room, and colored vinyl covering in the female prayer room. 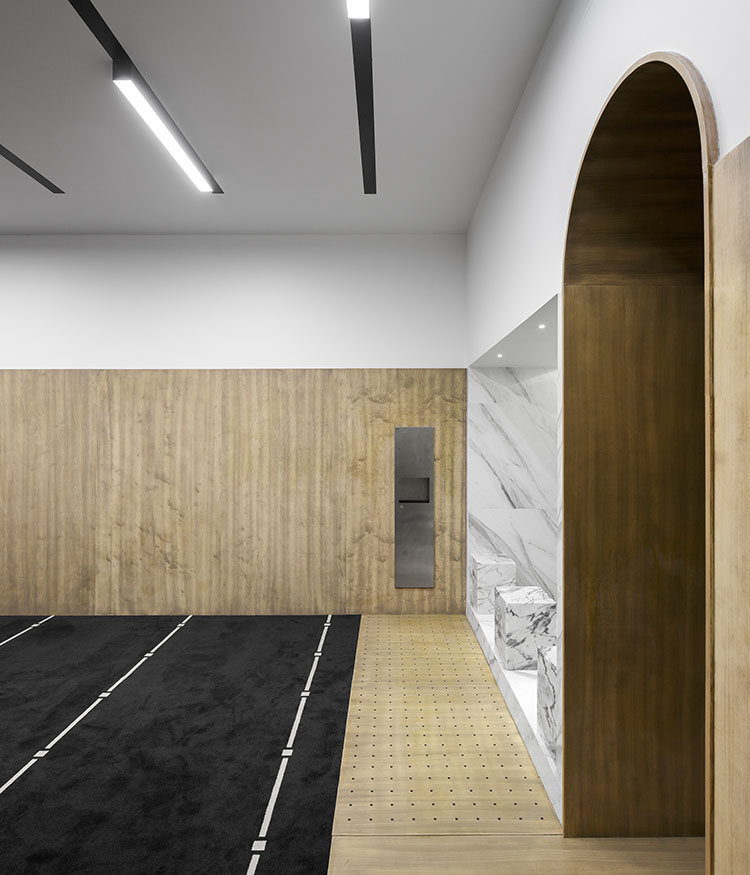 A final reference to the use of an Olive tree within the entrance area. Its placement aims to break the predominant spiritual minimalism, endowing the atmosphere with a contagious natural force. The presence of this element elevates the space symbolic features, endowing it with a contemplative presence and invites the passer-by to enter.