COBE, the Danish architectural firm led by Dan Stubbergaard, has won an international competition for a new science center in the Swedish university city of Lund. The museum will be constructed in wood, is fully CO2-neutral and has the potential to become a future icon of sustainability.

Science Center is the name of a brand-new science museum that is scheduled to open in the city of Lund in the south of Sweden in 2024. The museum is uniquely situated in the middle of the new urban district Science Village Scandinavia in the Swedish university city, which is known for a strong, international research environment, a rich cultural scene and its ancient history, which dates back to the tenth century. The plans for the new museum were announced yesterday at a major event as part of Almedalen Week on the island of Gotland. 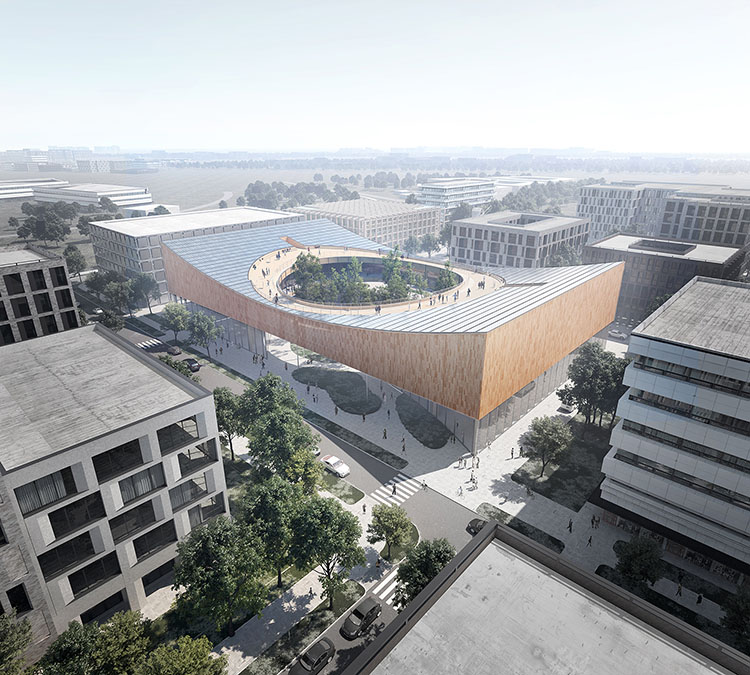 The new district is already the site of the high-tech institutions ESS (European Spallation Source) and MAX IV, which are currently under construction, and which will be the world’s most powerful and advanced research facilities within neutron and X-ray research. The institutions are intended to deliver groundbreaking basic research within the natural sciences for the good of humanity at large and to help discover and develop new materials within a wide range areas, including medicine, space research, plastic, energy, motors, transportation, information, telecommunication and biotechnology.

With permanent and temporary exhibitions, events and public lectures, the new Science Center is to communicate often complicated issues within natural science and research going on at ESS, MAX IV and Lund University, making them accessible to both children and adults. The museum is to promote general interest in natural science and research in an engaging and playful way, thus also helping to cement Lund’s international position as a science city and serve as an inviting and cultural landmark for the local area and the region at large. 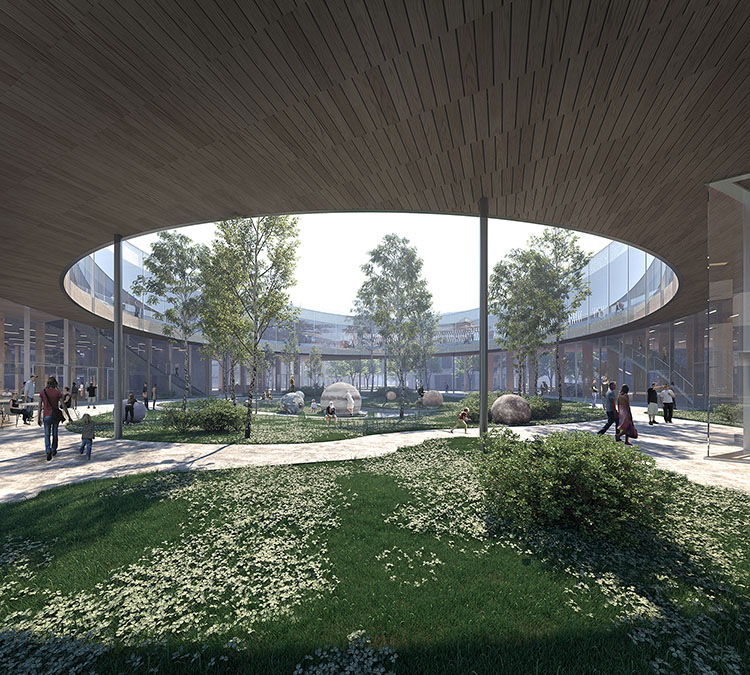 The museum has a total floor space of 3,500 square meters and will be situated in between ESS and MAX IV. The two-story building will contain exhibition halls, a gallery, a reception area, workshops, a museum shop, a restaurant, offices and an auditorium. Sustainability and climate-friendly solutions have been integral concerns throughout the process, both in design and construction and in the choice of materials.

The concave roof, which also serves as a roof-top patio and viewing platform, is designed as a large energy park and generates solar energy. The 1,600-square-meter roof is covered entirely in solar cells, which generate enough electricity to cover the museum’s needs. The roof will also feature energy bikes where visitors can generate electricity through pedal power. 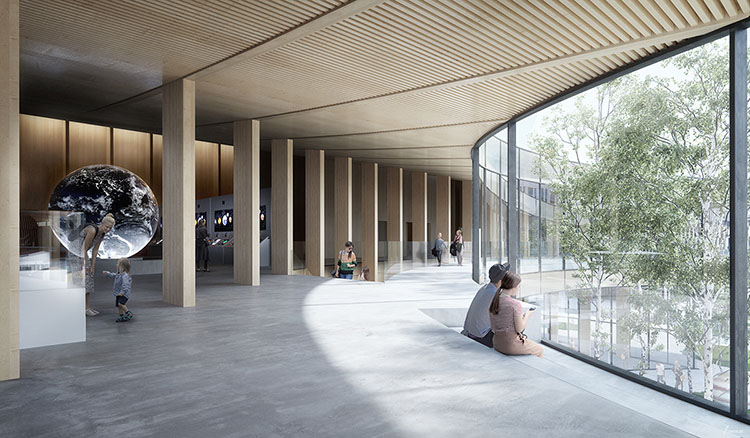 In the large, round atrium, which is open to the public, the structure is bisected by a green path where carefully selected plants, flowers and trees attract insects, boost biodiversity and help absorb CO2. The green atrium and the path connecting the museum to two nearby parks also act as a water reservoir and an overflow canal in case of extreme rainfall.

The building will be heated with excess heat from ESS through a so-called ectogrid system, where warm water is passed through local heat pumps, heated and eventually used to heat the building.

The green profile of the museum and the area at large also extends to transportation, as a new streetcar line will connect central Lund to Science Village Scandinavia and the museum. 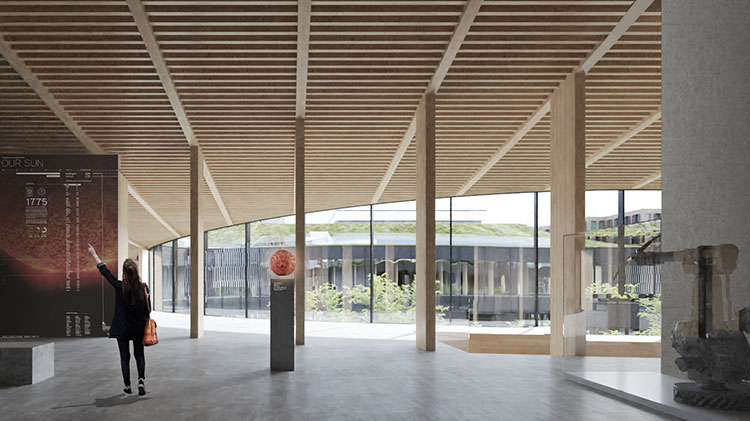 The main building material of the museum will be pre-fab cross-laminated wood, both of which have a considerably better sustainability profile and a smaller environmental footprint than traditional construction materials, such as concrete. In addition to being more eco-friendly, wooden constructions are also people-friendly. Wood provides a pleasant and destressing acoustic environment, and research has shown a reduction in people’s heart rate, adrenalin levels and blood pressure in wooden buildings compared with buildings made of other materials.

Overall, the Science Center is a highly climate-friendly building that is fully CO2-neutral and a potential icon of sustainability and durability.

COBE previously designed the high-tech research institution ESS, with a floor space of 100,000 square meters, and developed the city plan for the entire Science Village Scandinavia, which the new museum will be a part of. The new Science Center thus marks the Copenhagen-based architectural firm’s third major project in Lund’s new science quarter.