Two stone and concrete volumes define Casa Bedolla by P+0 Arquitectura which appears to float in the mountainous terrain of Nuevo León in Mexico. The program, of approximately 200 sq.m in the interior —much reduced compared to the 2,660 sq. m of the land— leads to propose a project that benefits from the topography taking full advantage of the views and respecting almost all the existing trees. 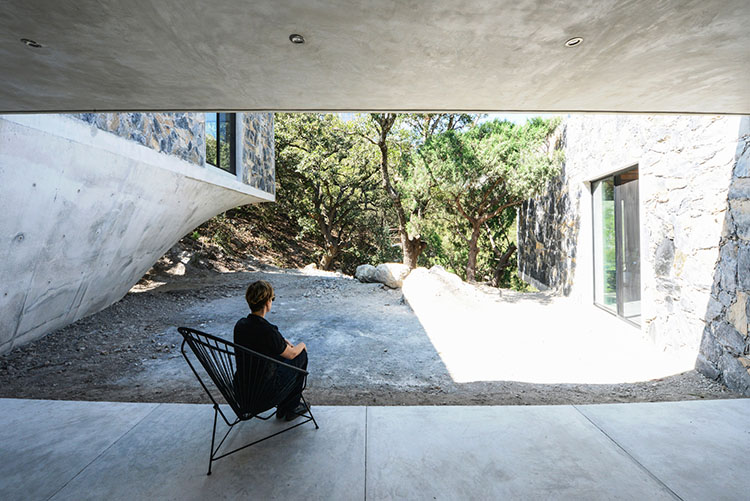 The basis of the outline are two levels located at different heights, so that each one works as an independent piece opened towards the vegetation and landscape. The remaining construction areas, small and between the trees, lead to designing two prisms, one private and one social, which float over the ravine that covers the terrain. 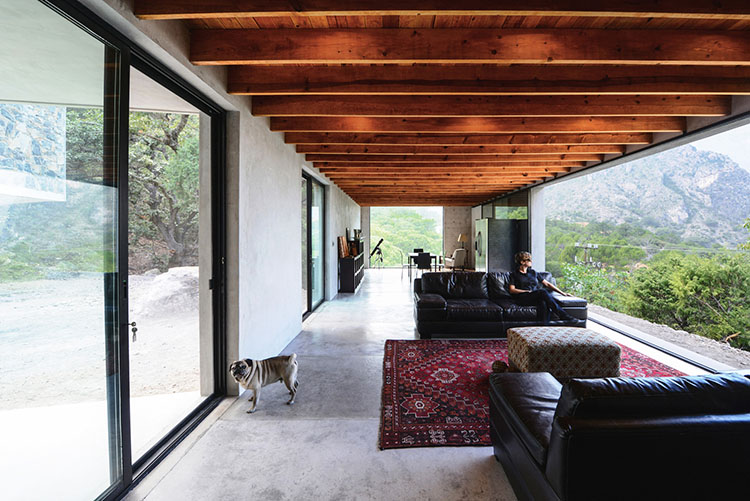 The concrete structure that reconciles the complex relationship with the terrain, supports two stone “boxes” perforated to naturally ventilate the house and make the most of the spectacular views of the mountains and forest. The stone and concrete walls clearly define the heart of the project: a linear courtyard that from the entry runs towards the small oak forest at the foot of the ravine.

By partially covering the central area a simple slab generates an indefinite space that solves the garage, forms a terrace towards the west, transforms the roof of the social volume into a solarium and breaks to connect both volumes with a linear staircase. 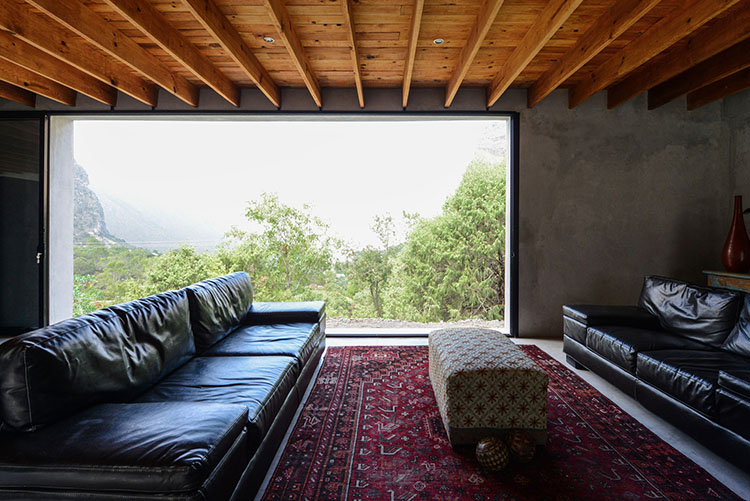 The separation between the floors —combined with the simple program of a house for a single person— allow in the interior the same organization freedom achieved in the central courtyard. The project`s strategy reaches a free distribution inside each volume, where the furniture defines the changing spaces and the generous windows in walls and ceilings dissolve the limits with the exterior. The freedom of the interior spaces is emphasized by the wooden roof that, resting on stone walls that are isolated under a polished flatten, resolve the decks and mezzanines. 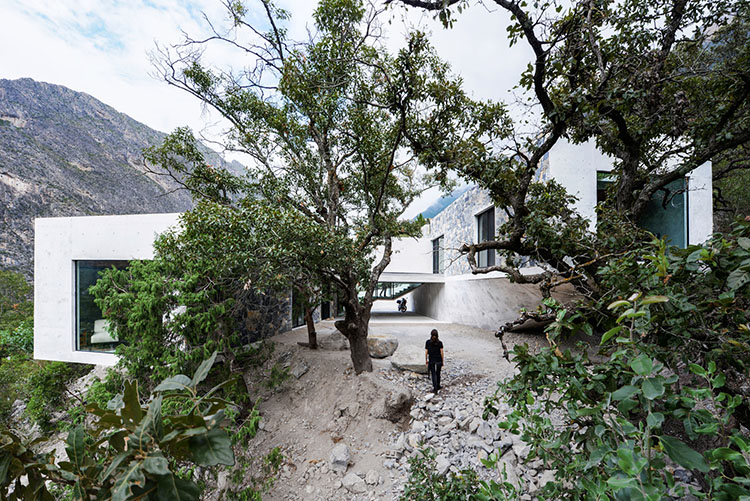 The coexistence between modern techniques and traditional construction systems obtains an intense dialogue with the surroundings. Generated with the same slab of the mountains around them, the prisms of the house recover the language of northeast architecture abstracted by the cleanliness of modern language. Materials with contemporary and vernacular forms are combined to create two simple pieces that enjoy the complex topography and throw into a spectacular natural environment.