Portuguese studio Pablo Pita has recently refurbished Casa Chã in Porto’s historic center. “The building was an expecting plot for years. A decade ago, after some major interventions in the neighborhood, this building almost collapsed,” says architect Pablo Rebelo. “Due to this, the previous owner decided to demolish the interior and create new concrete slabs. The place was left like that ever since, resulting in a curious open space, without even a staircase.” 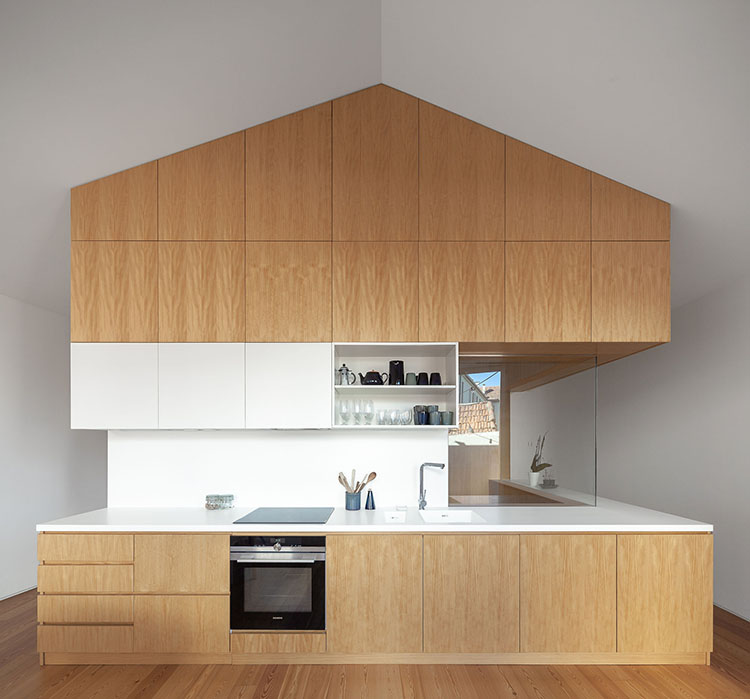 The architectural approach acknowledges the unusual features in this historical city center type of building, enhancing them. Therefore, the new gesture is centered on the existence of a central core that establishes the vertical connections between floors and assumes various functions of daily life. Formally, the design of the core adapts and transforms according to the spacial needs and definition, in one single gesture. The rooftop is converted, assuming a new housing floor – a duplex – whilst the other two underneath become studios. 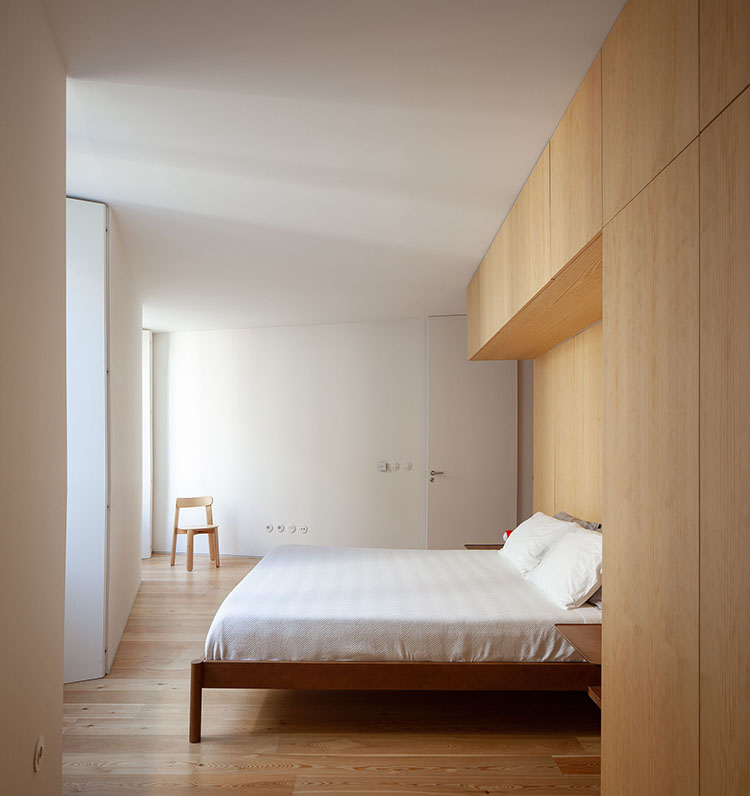 “We got the chance to develop this project without any typology underneath. This also influenced the concept, looking at it as an opportunity to establish a typology made from the ‘inbetweens’ that resulted from this dialogue established between this new wooden core and the limits of the old building,” said the architect.

On the first two levels, the apartments have an open plan, with all the furnishings grouped together with the central core. On the last two floors, there is a duplex apartment, with three bedrooms at the bottom and a large and bright living area that also has a private terrace. 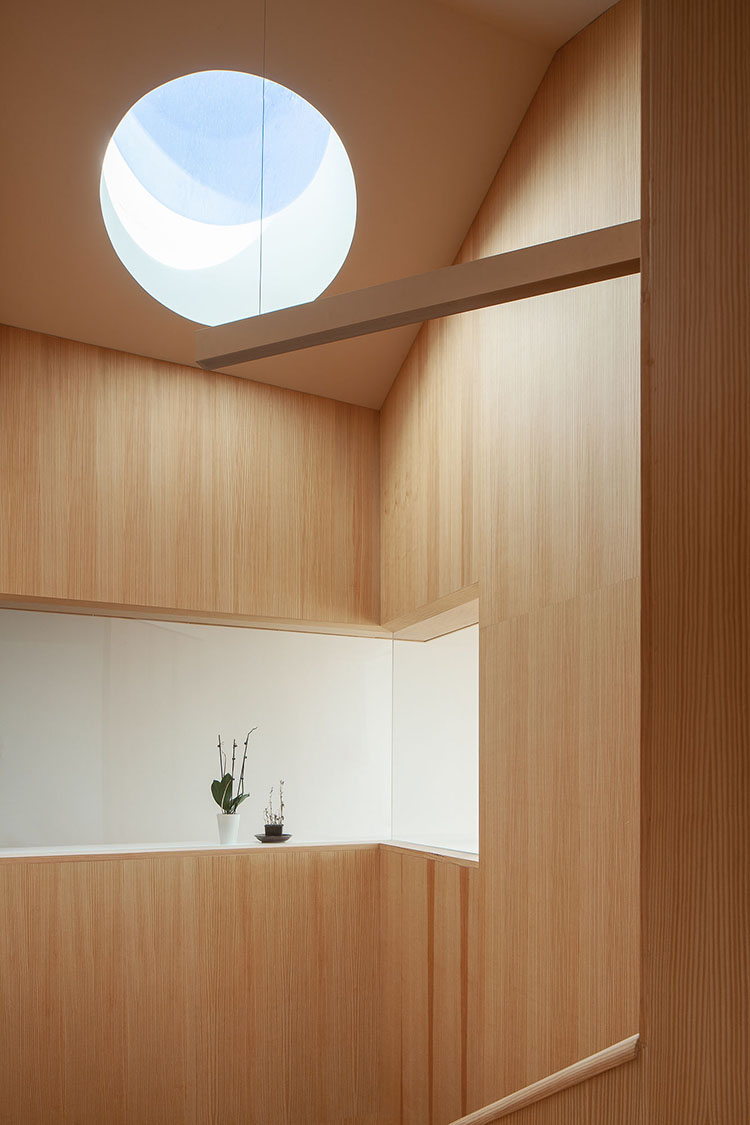 The exterior of Casa Chã has been left unaltered, so as to mimic the historical context of Porto’s city center. The only sign visible from the outside is the top floor, which is covered with dark-colored sheet metal, representing an intervention that is the result of the history stratifications and is able to interpret a more mobile and flexible contemporary life. 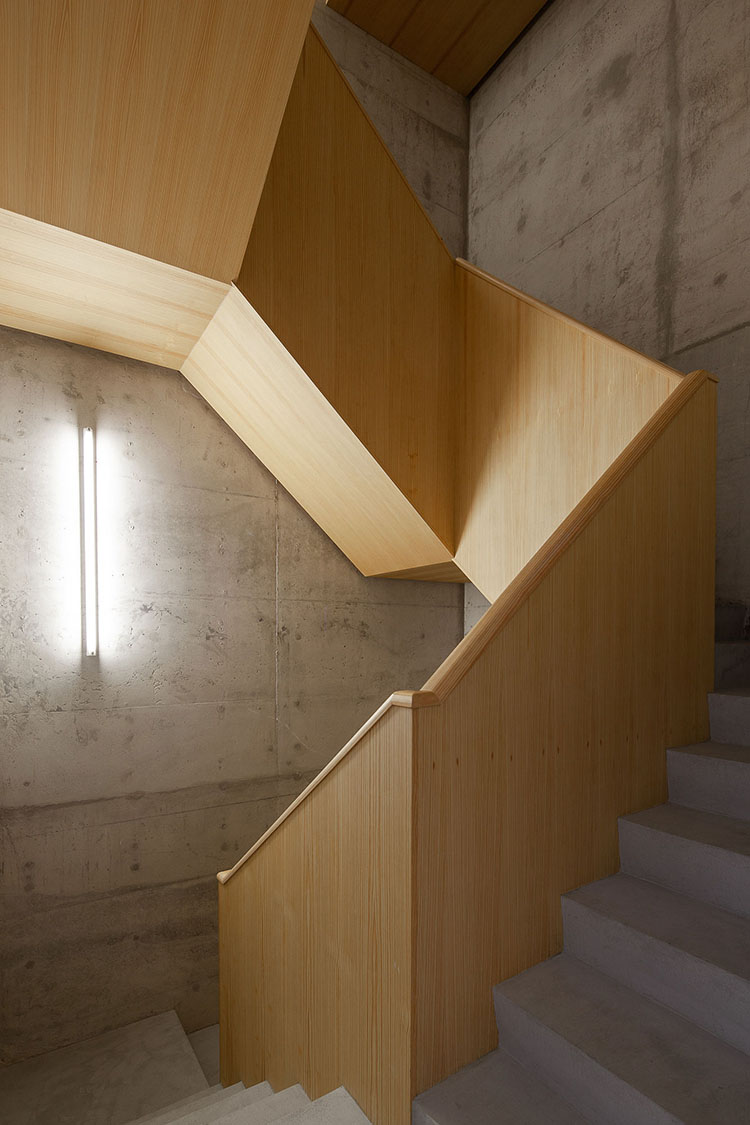 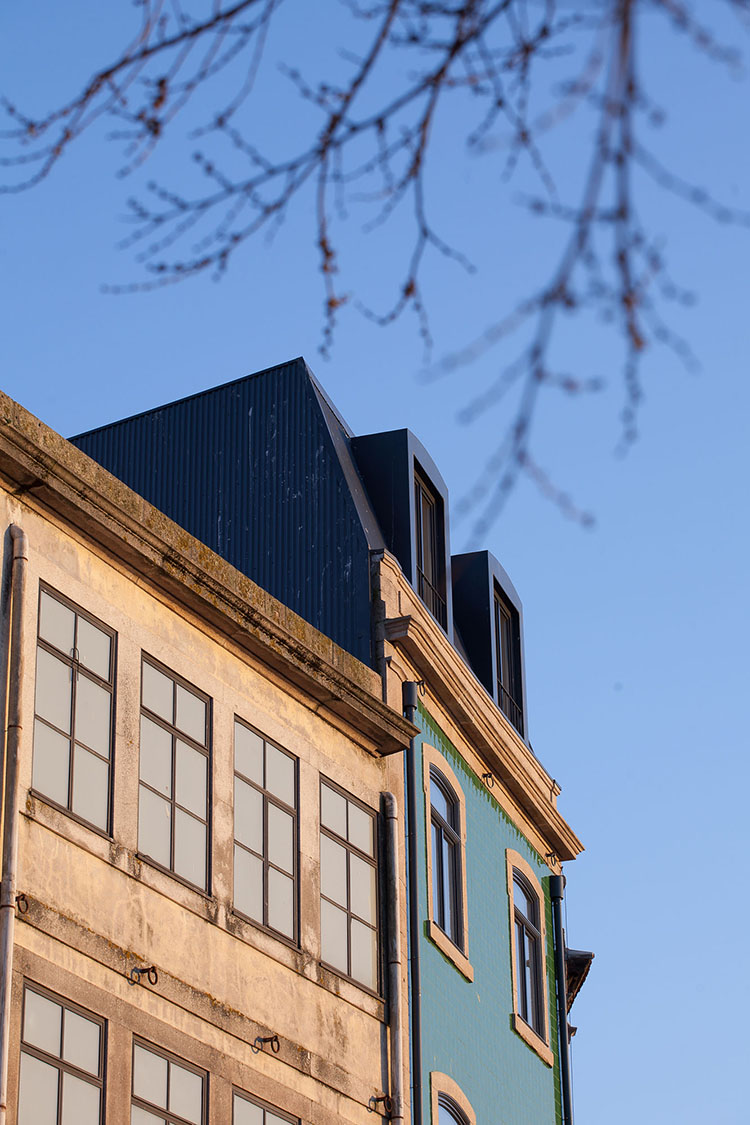 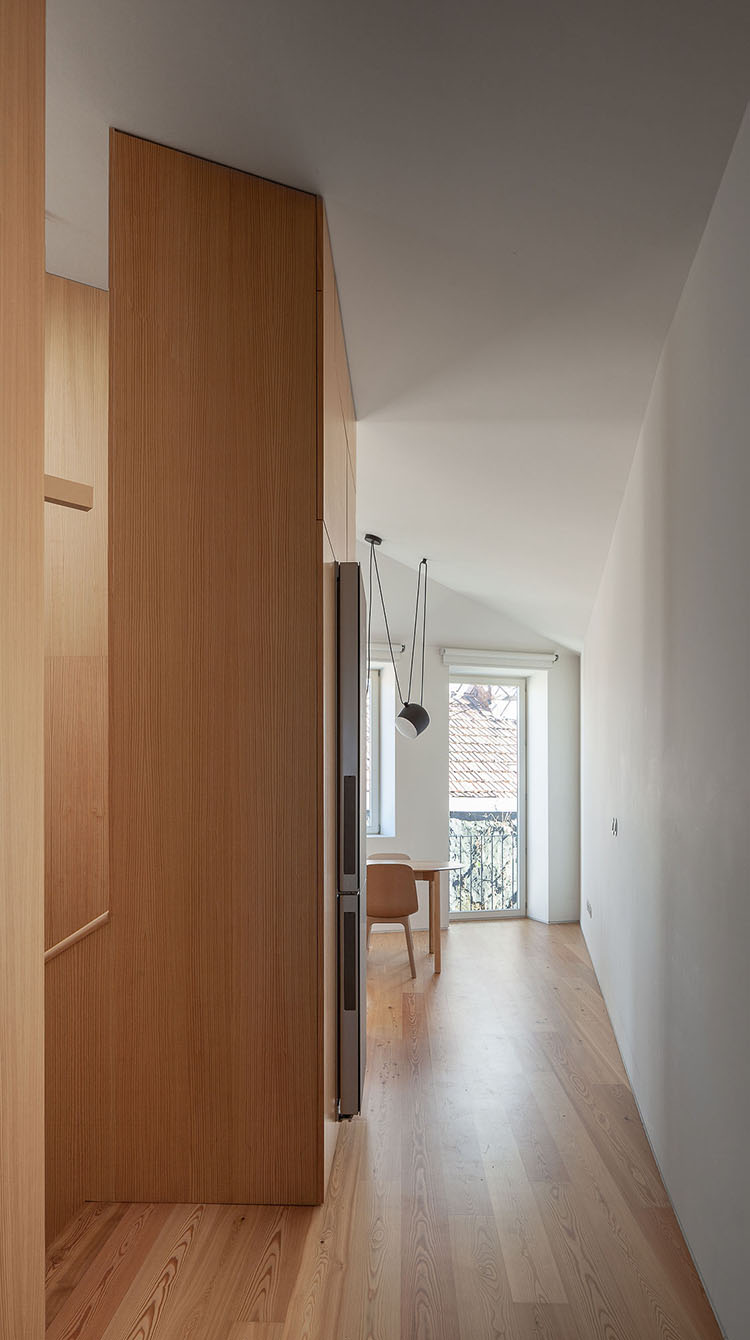 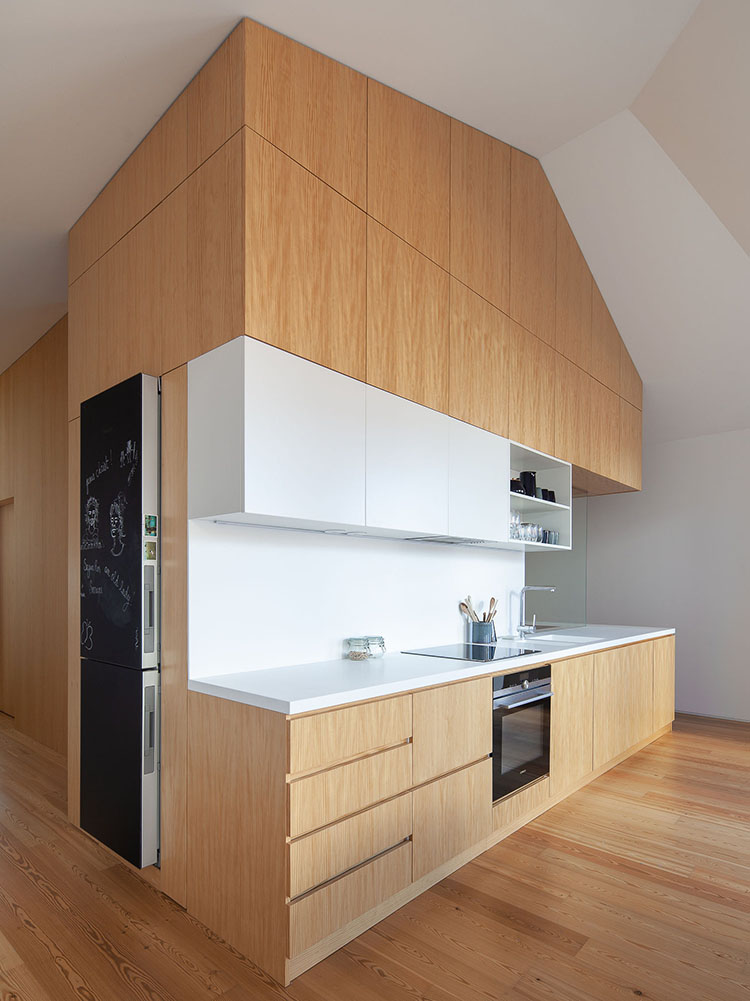 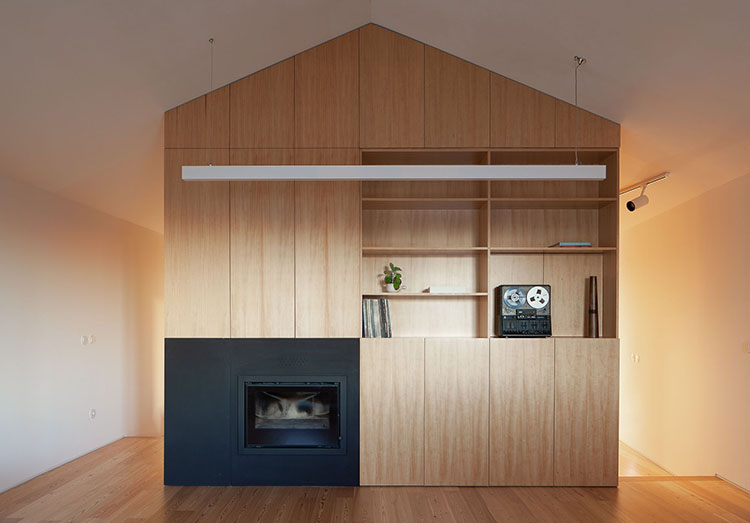 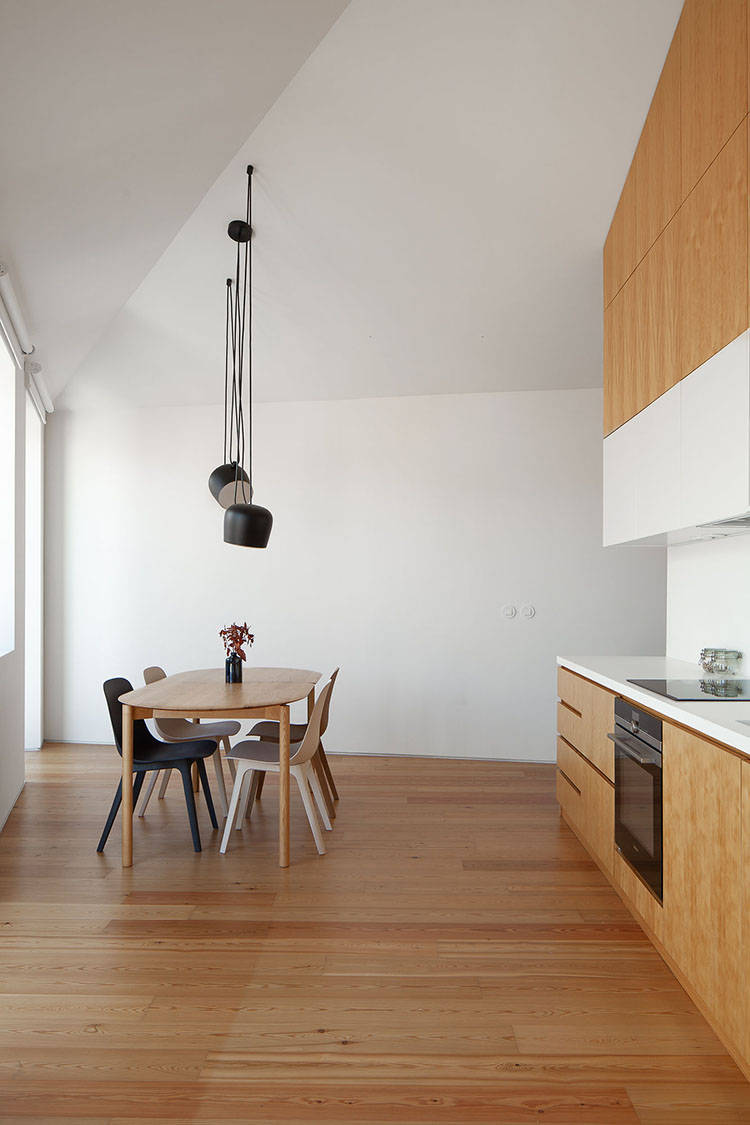 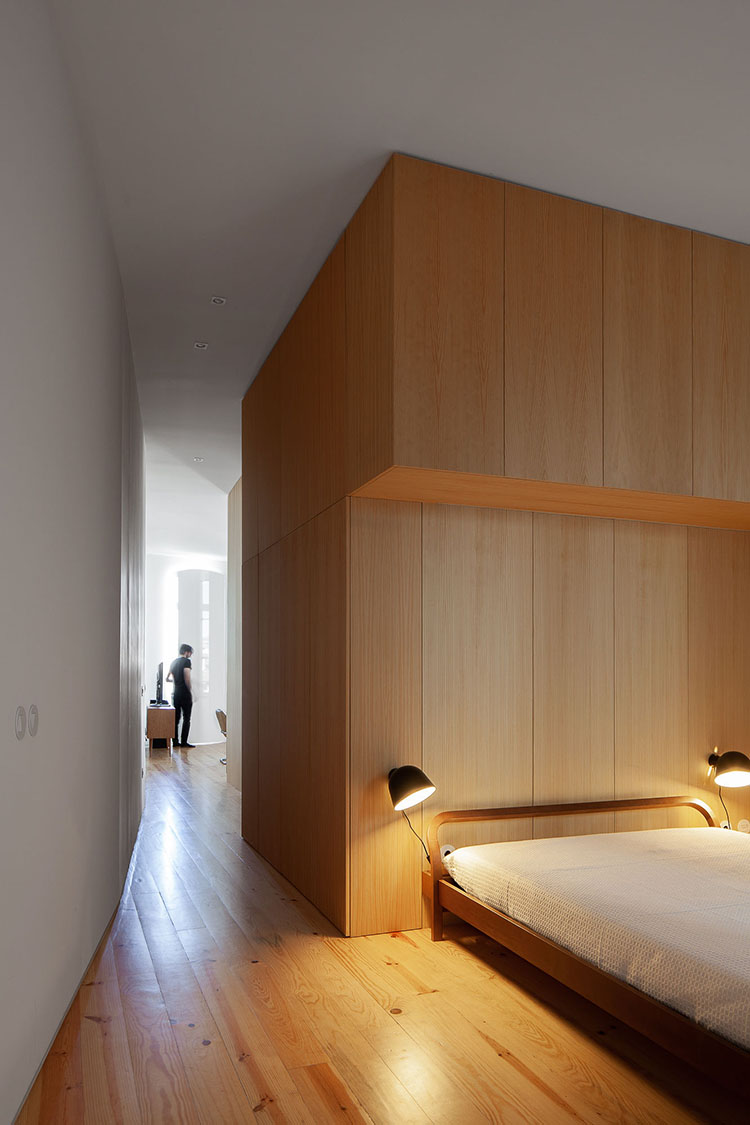 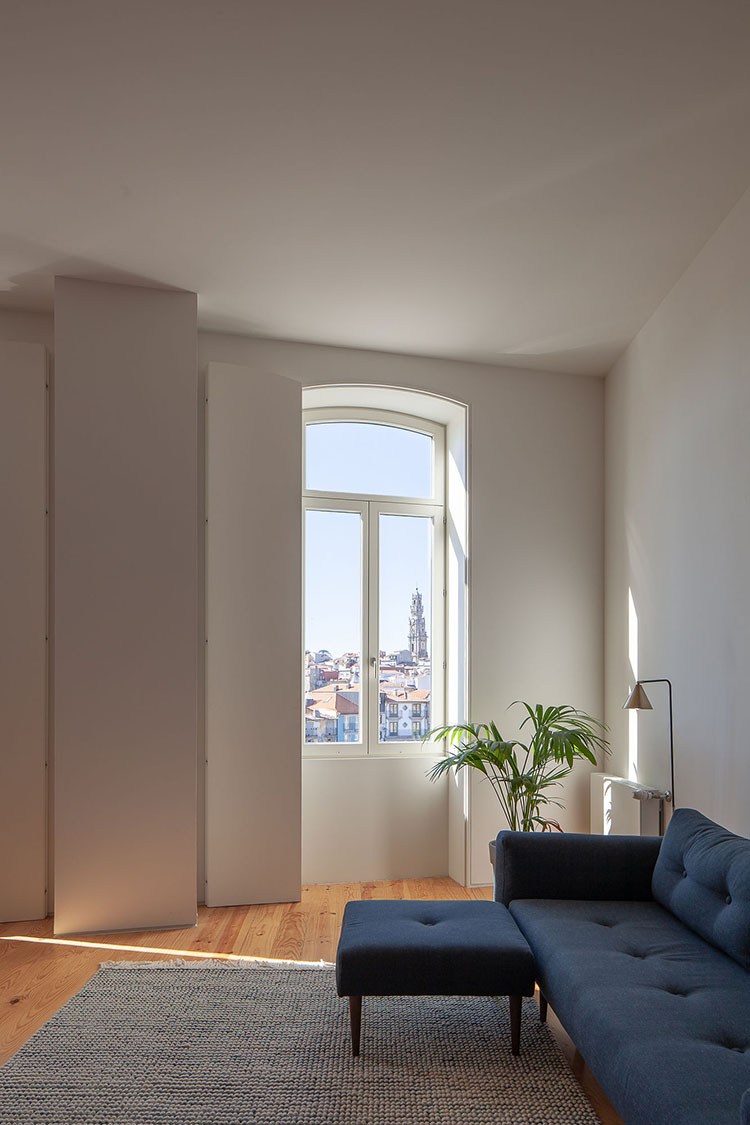