Designed by Polish architects Paweł Tatara and architectural practice Znamy Się, Monka Apartments are located in Toruń, Poland, within a historic baroque building in an area inscribed on the UNESCO World Heritage list.

In the past the building was serving as a granary. Now it is recognizable by window bands on elevation which reflect the shape of sacks with grains. On the ground floor there is also the Monka restaurant serving regional, tasty dishes. 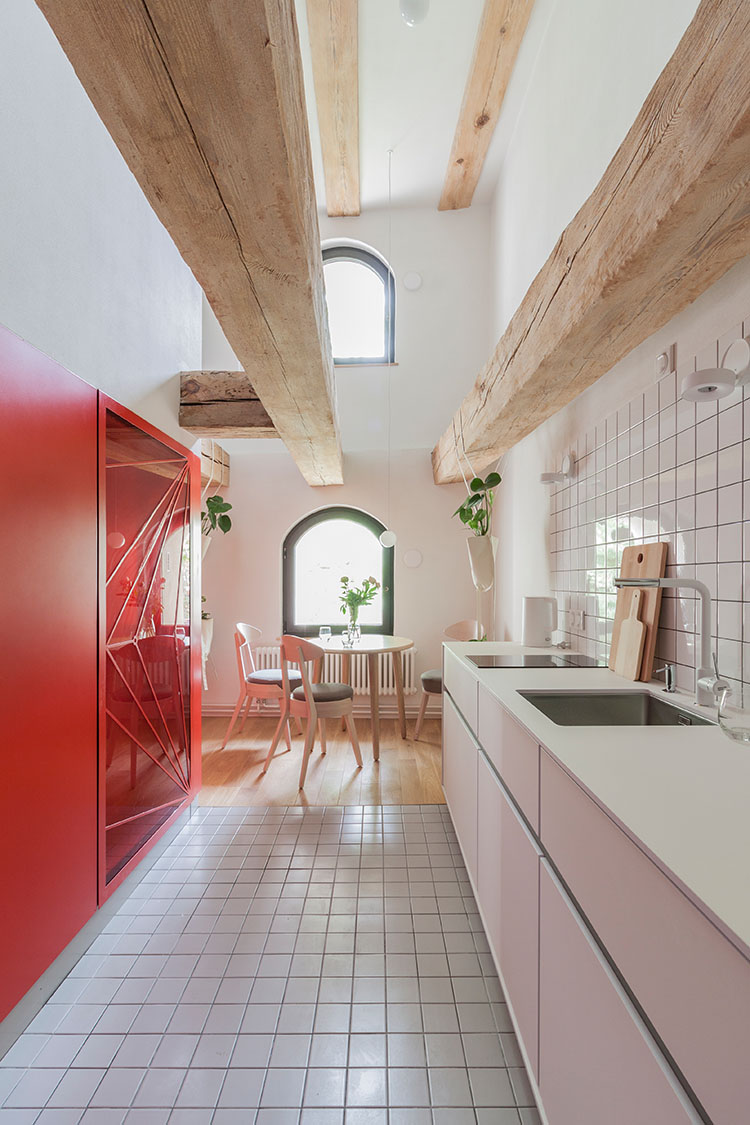 In relation to remarkable history of the city, the gothic architectural detail became an inspiration for the project. Nine apartments were designed on three floors. On the second and third floor, there are two-storey apartments with mezzanines. On the fourth floor, one-storey apartments with high ceilings lighted with roof windows. This has resulted in higher and better illuminated living spaces. The project refers to unique character and spirit of the Toruń city. Each of the apartments is different, which is largely caused by irregularities of the old building, but mostly because of individual detail. 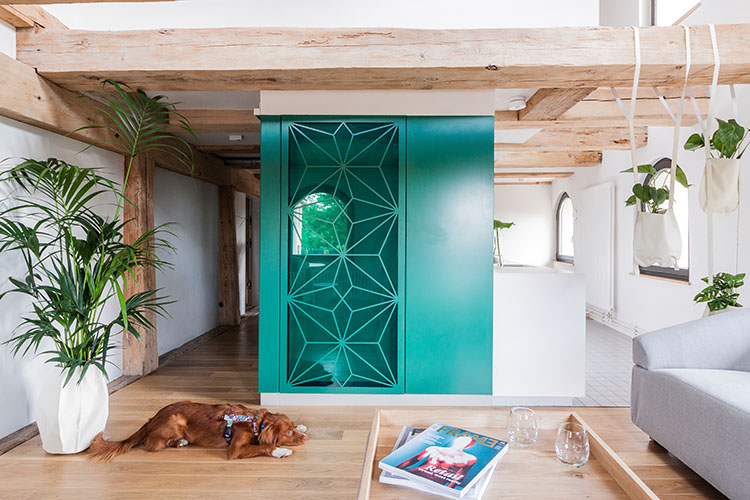 The stylistic element which connects all apartments is colored, steel “cube”. It is always located in the central place of the apartment and acts as a bathroom. Each apartment has its own individual cube, which differs from others with color and detail. Unlike historical interiors, each cube is a modern element with a strong colour and expression. For each of them, decorative stained-glass windows were designed to brighten up the shower. Stained-glasses, according to idea, are a graphic interpretation of historical details of Toruń city. 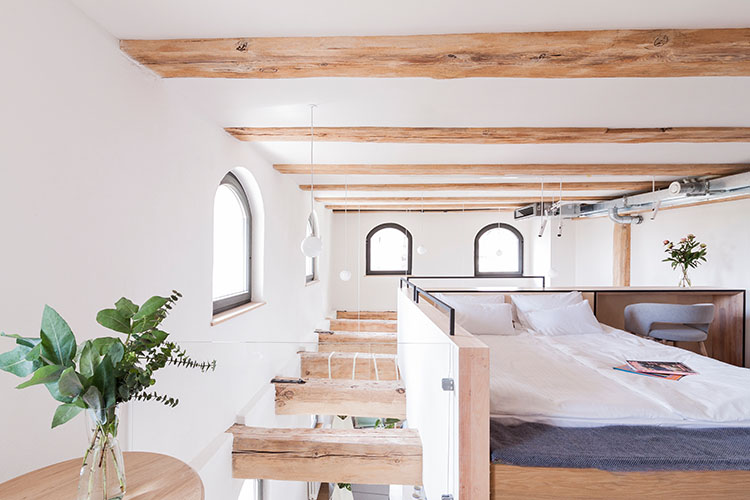 Each apartment has its own leading symbol. For example apartment number 2 refers to tripartite vault of Toruń Cathedral and apartment number 4 refers to gothic trefoil. There are decorative stained-glass windows in the form of large window which create additional lighting effects. Stained-glass windows certainly bring a unique atmosphere of the interior, becoming an unobvious element changing depending on the direction of the rays of sunshine. In Monka apartments, the historical features of the building are confronted with modern materials and interior design elements. 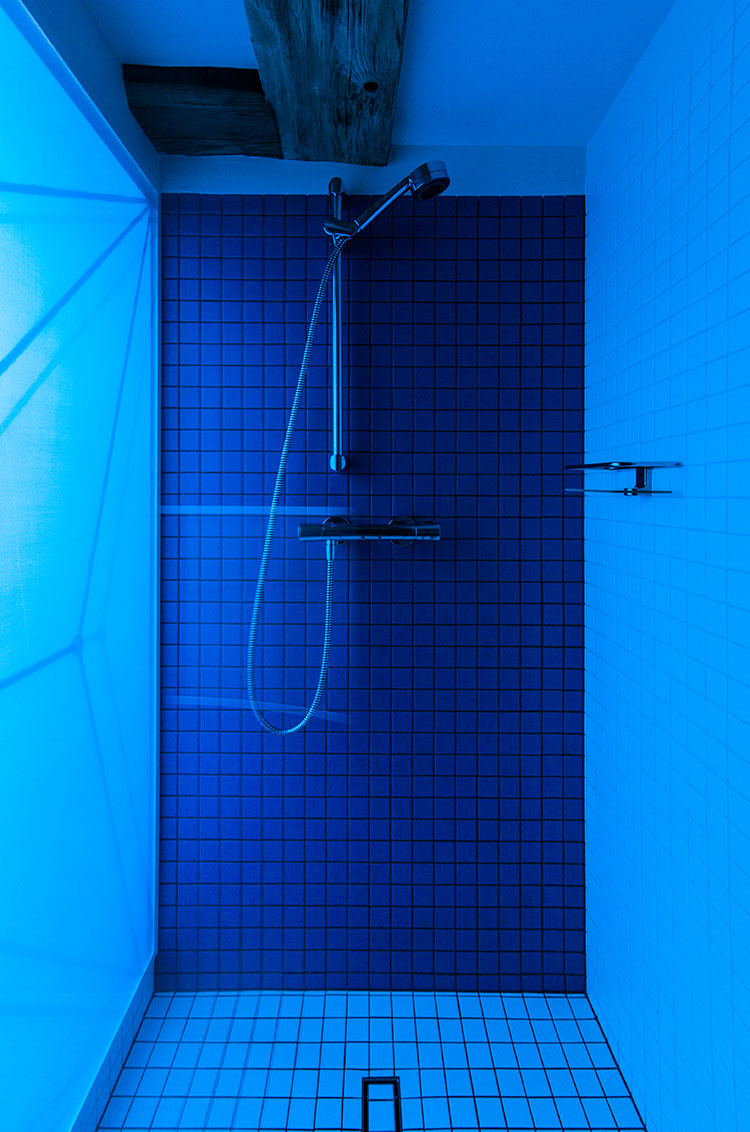 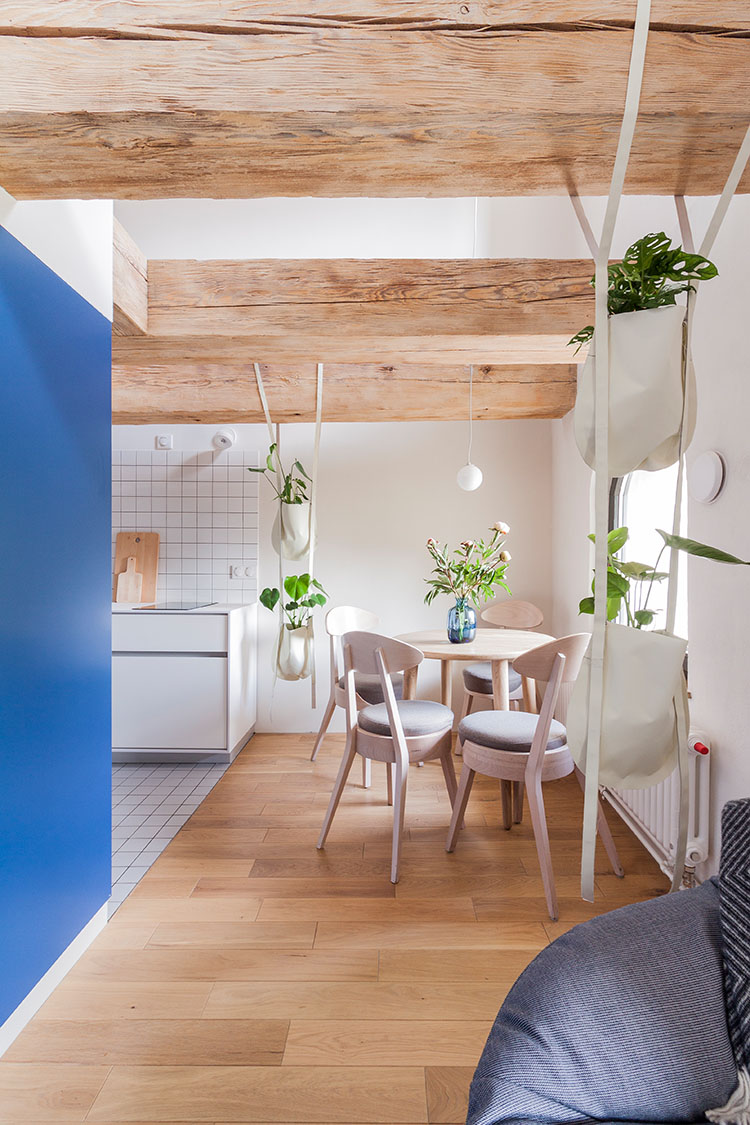 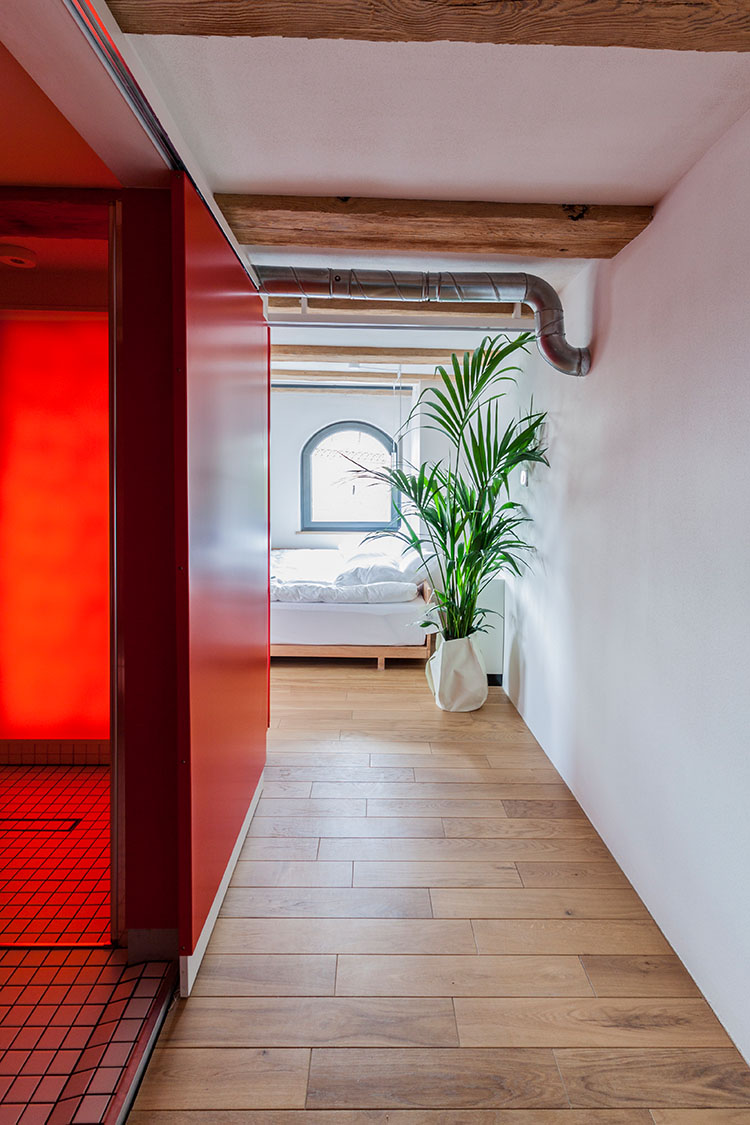 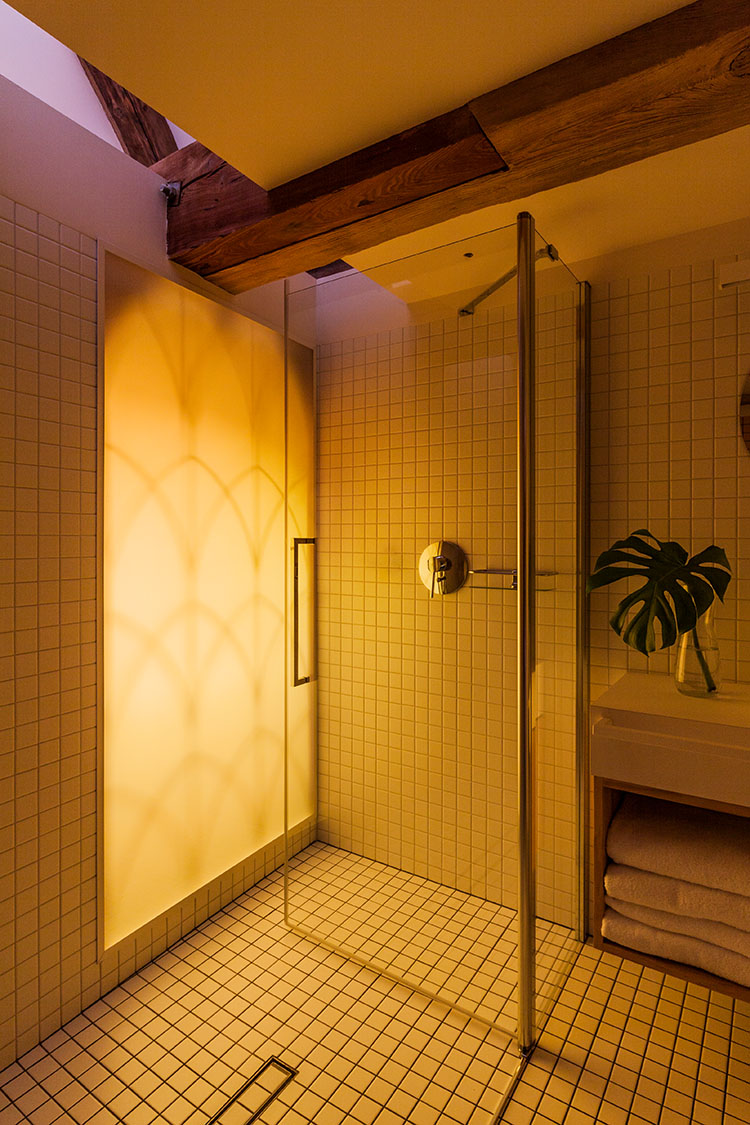 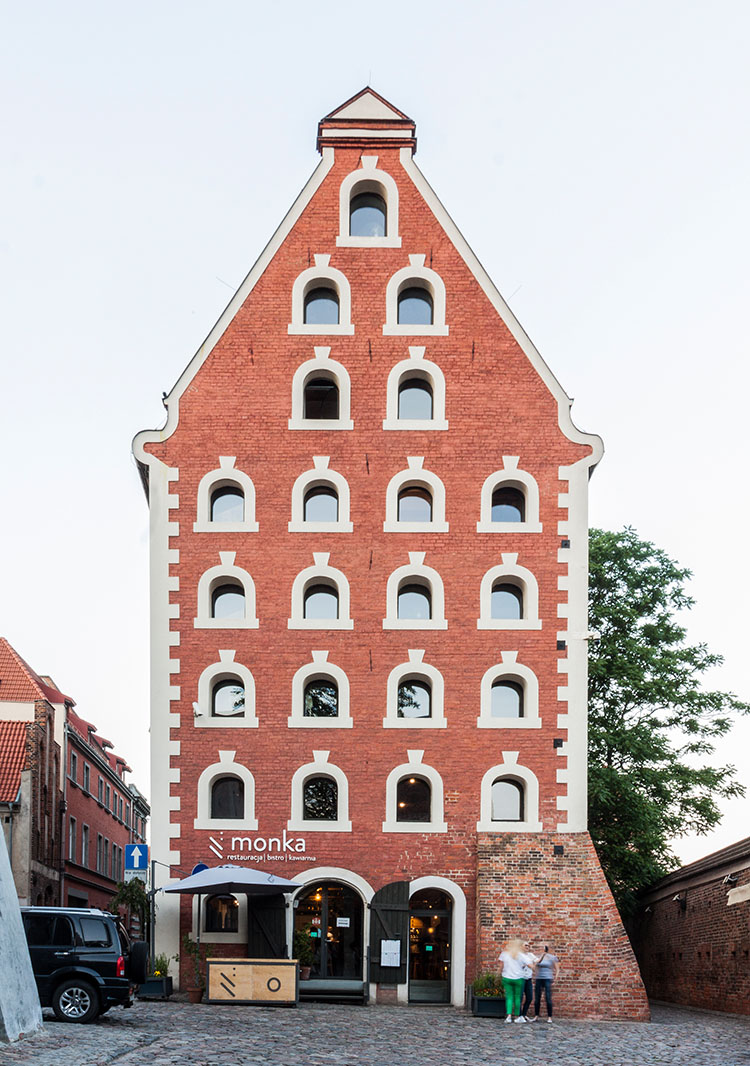