F.A.D.S and Fujiki Studio have realized a temporary ten-foot hut in Shinku-ku, Japan, that serves as a Japanese traditional tearoom. The structure, which embeds two-tatami space, was exhibited in Echigo-tsumari Art Triennale 2018.

In this exhibition, architects were asked to respond to the theme of how to overcome the concept of homogeneous space which was dominant in the 20th century. It is a distorted homogeneous space to create irregularities by the random pattern of the skeleton and proposed an art-tecture (architecture) with many holes which are open and close as necessary to communicate with the outside like living things. 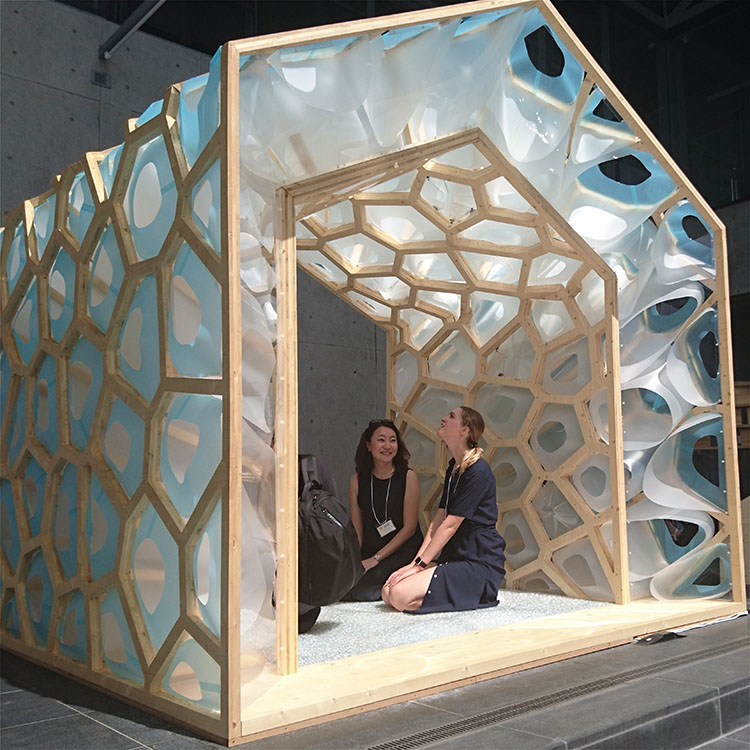 As you enter inside, this art-tecture (architecture) feels you and begins to breathe like a living thing. The many holes called Breathing Pleats start opening and closing according to the movement of people in the shelter. This geometry references the creation of a more heterogeneous space. By employing the geometry of a Voronoi Division, the initially homogenous space gets distorted by the different irregularities creating the bubble-like pattern. 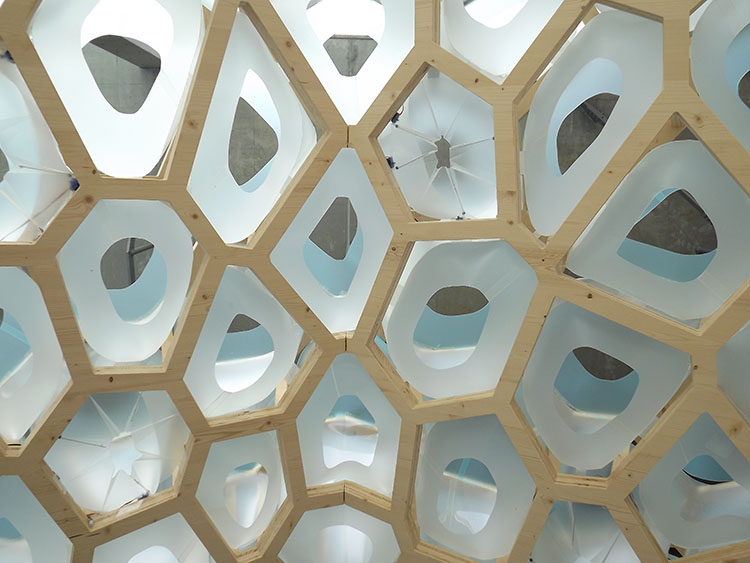 This creates a building responsive to its surroundings, like living architecture. the hut is made of a hybrid of spruce CLT panels and plastic materials created using digital fabrication.

During the exhibition period, the architects held a workshop on how to make Japanese sweets for children. In addition, the children had a tea ceremony experience where they entertained their parents with Japanese sweets made by themselves. 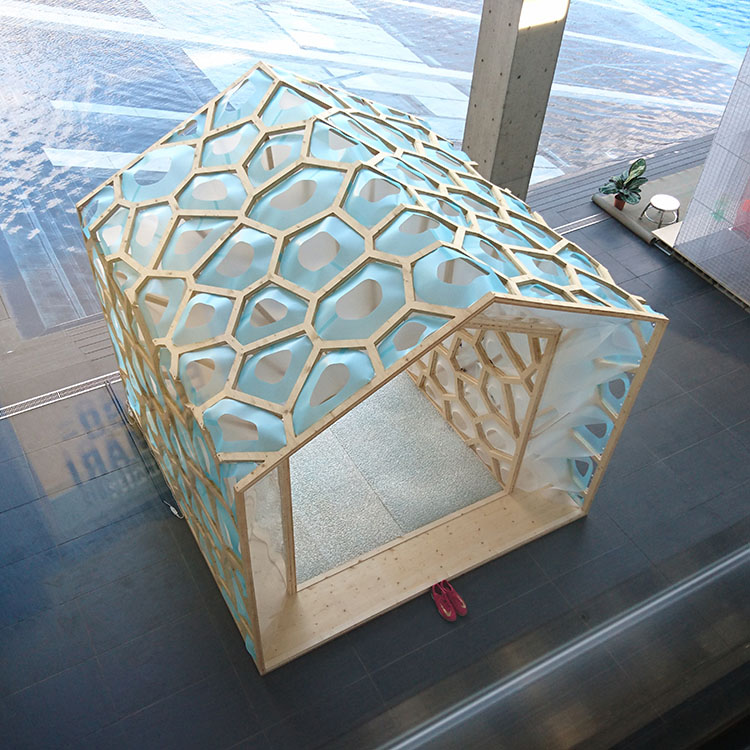