Layan has recently extended and renovated a heritage-protected Victorian worker’s cottage in an inner-city Melbourne suburb to create the Light House. The Melbourne studio added new spaces to the rear and above the original structure and introducing a central courtyard to bring light and ventilation deep into the home, while preserving the original rooms at the home’s front.

As the client was the director of a lighting design company, The Flaming Beacon, light was considered extremely carefully within the project’s design. A key feature of the design is a custom polycarbonate screen that features on the upper-level façade. It is a dynamic form that is both functional and decorative. 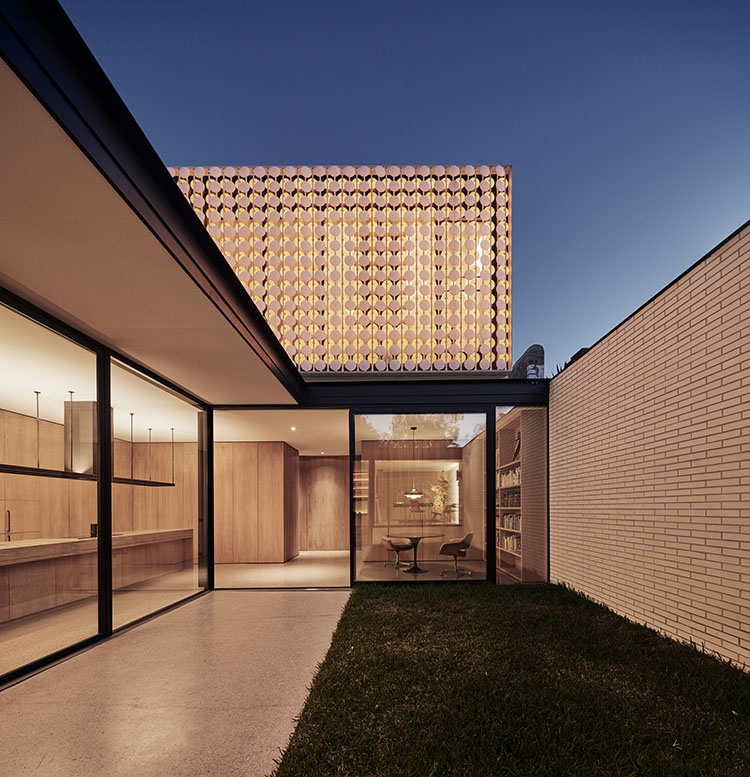 This screen provided an opportunity to not only modulate the character of natural light throughout the year, to create a constantly changing play of shadows and textures, but to also become the primary illuminated surface at night for the internal spaces. The screen also plays an important role in controlling the amount of direct sunlight allowed to penetrate into the upper level’s interior and as well as limiting sightlines to the adjoining neighboring properties. 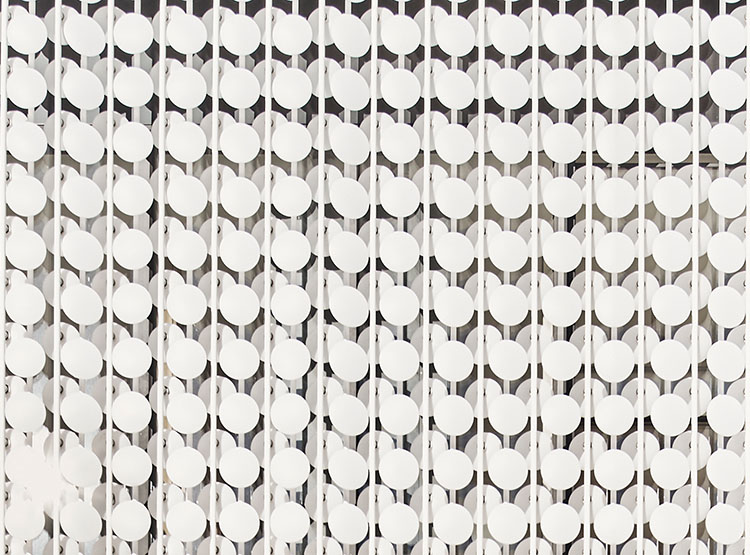 The screen module is best described as two back to back translucent convex discs. To ensure even illumination on the front face of the disc, these were rotation molded and made from Ultraviolet stabilized polyethylene. In total there are 907 discs, mounted on 67 stainless steel rotatable tubes. Each disc contains a single amber LED (wavelength determined to assist with melatonin suppression – as the room behind is the main bedroom), running at extremely low current. In any lighting scene the screen draws less than 60 watts. 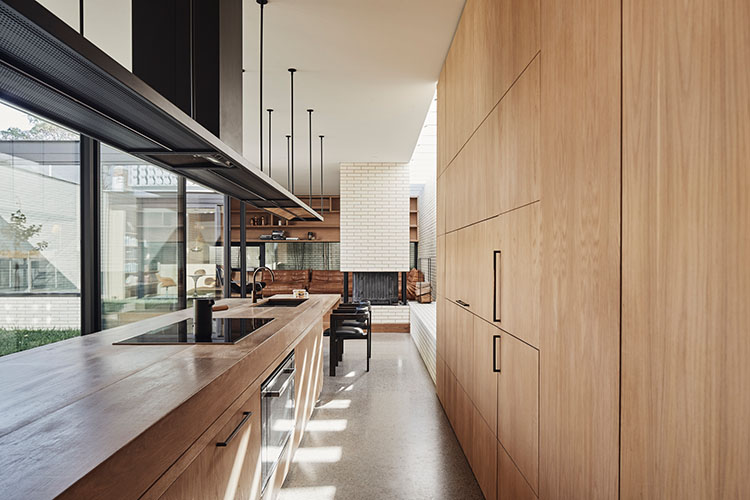 The material palette is paired back and simple. The use of American oak throughout brings a strong warm glow to the home. The choice of a thin elegant white glazed brick, laid in traditional stretcher bond draws on the original home’s materiality, however adding an element of freshness to the design. Unfilled travertine tiles located in all wet areas, sit comfortably against the custom terrazzo flooring featured throughout the ground floor living areas. The design is both current and timeless at the same time. 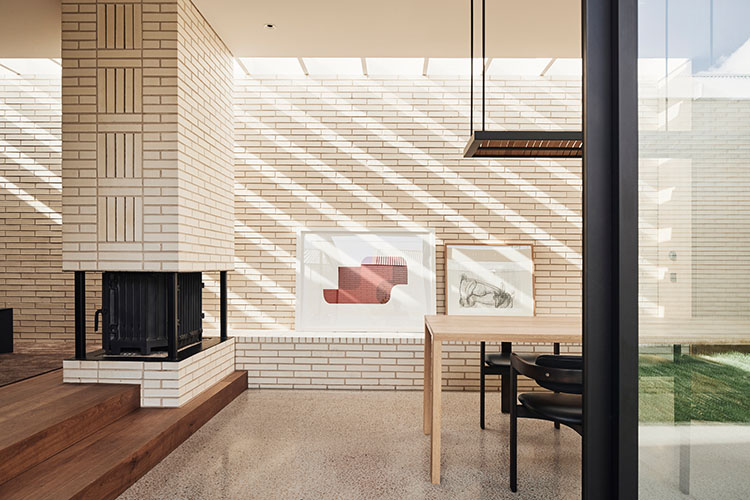 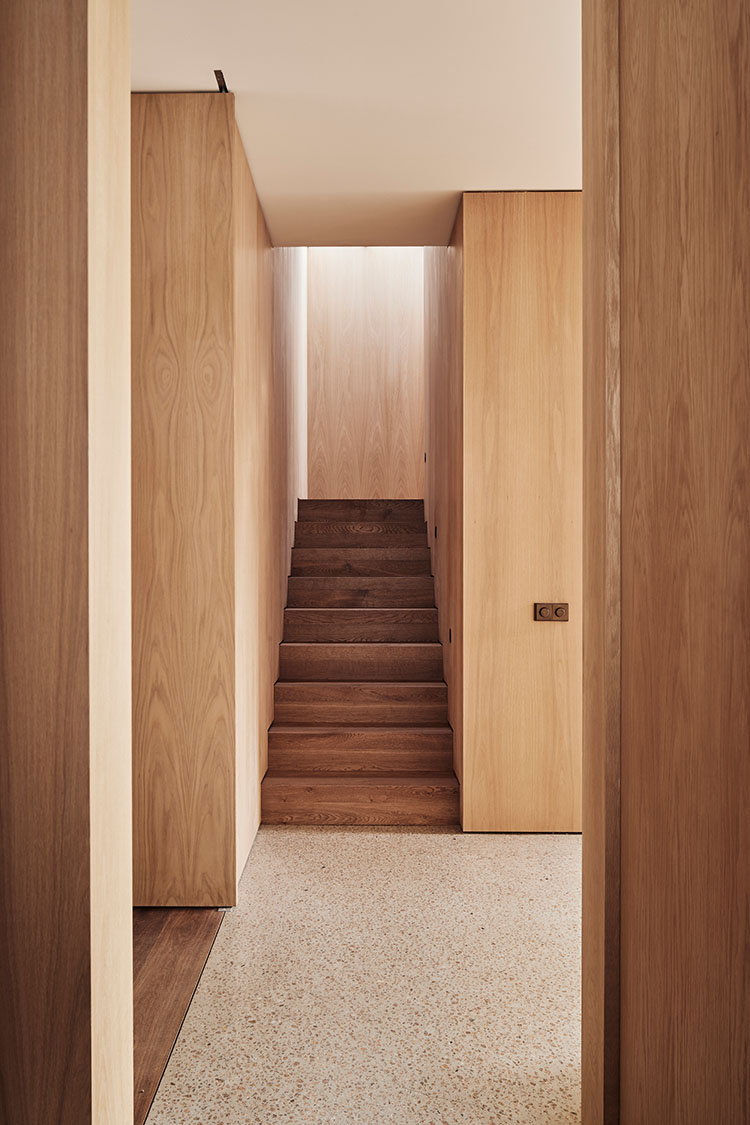 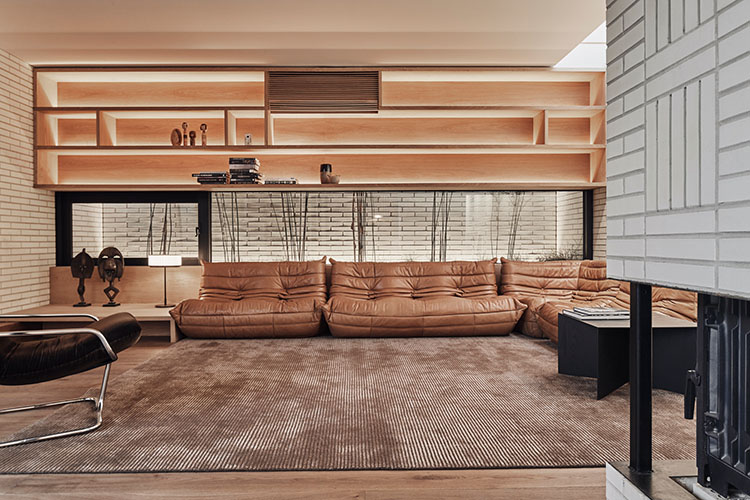 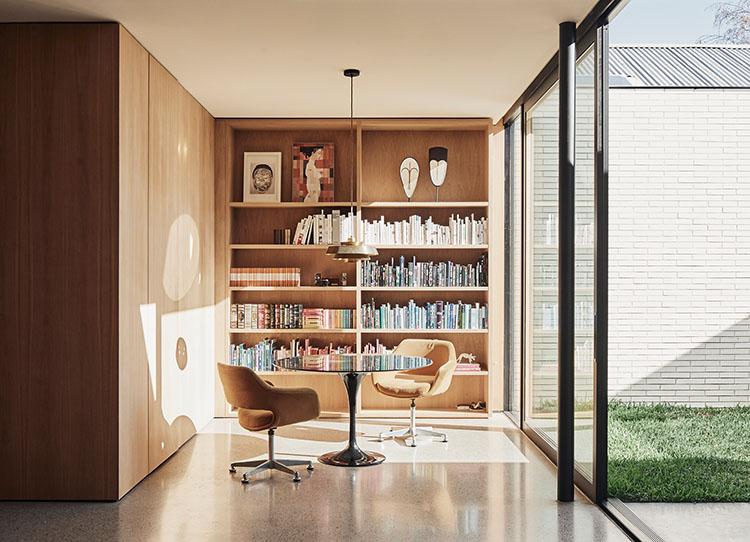 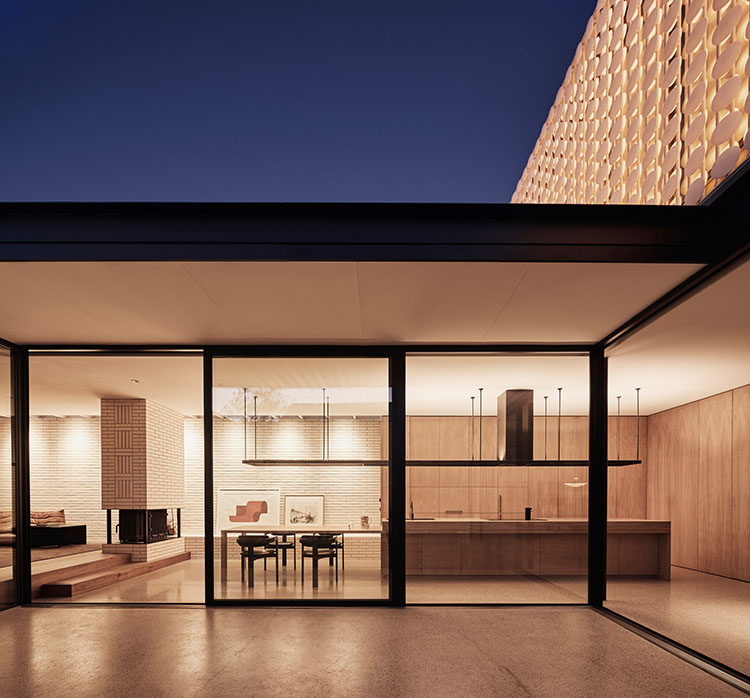 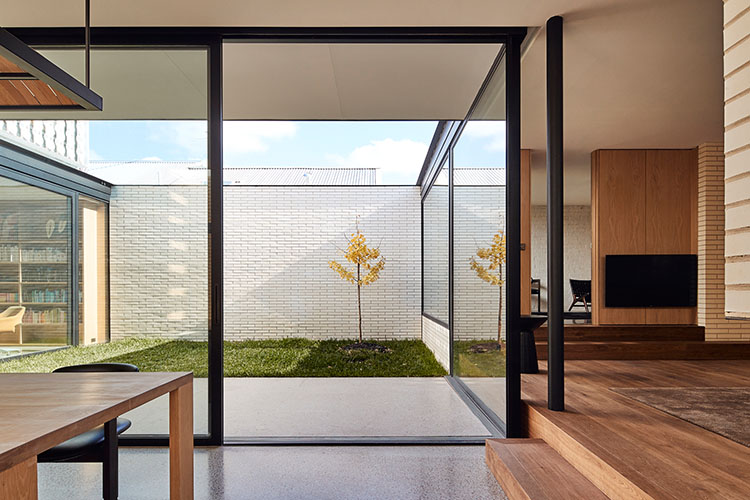 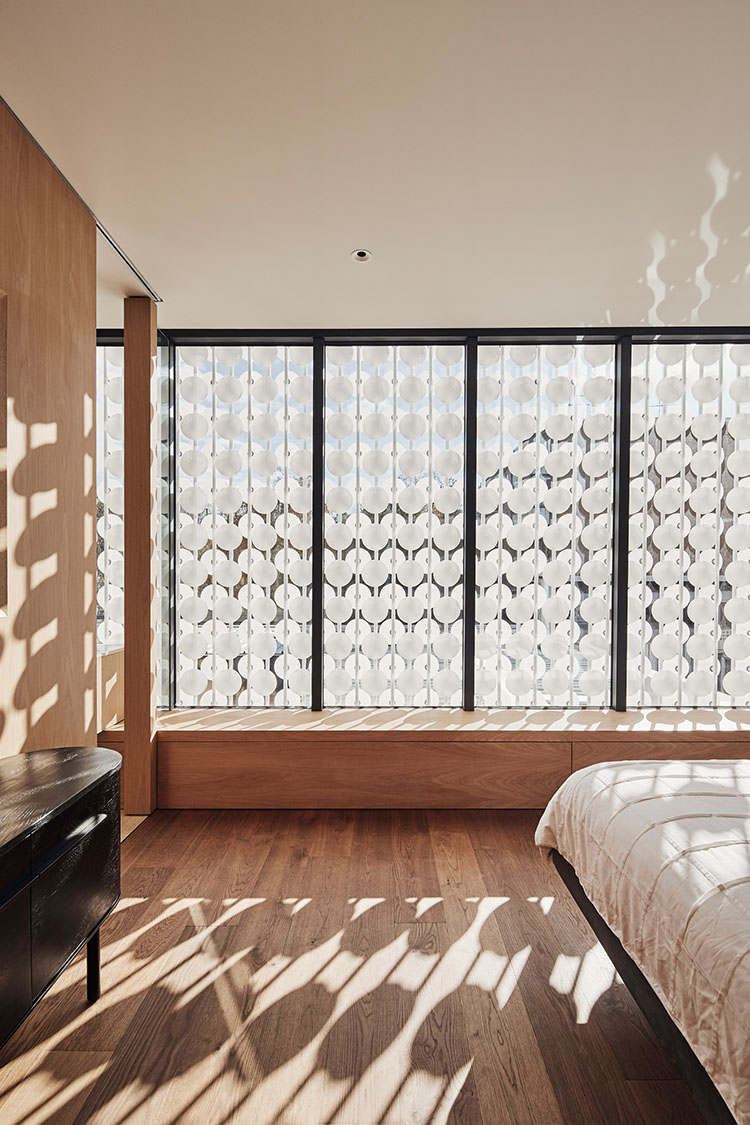