Mackay-Lyons Sweetapple Architects has unveiled the first three cabins of a larger planned community sit nestled among maple, pine and ash trees on Ontario’s Bigwin Island. The design team will strategically orient each of the planned forty cabins based on its relationship with the sweeping views, the lake, and the golf course, with an emphasis on transparency between roof and floor, and earth and sky.

The 40 cabins will follow three design templates, each inspired by a different type of landscape found on the island: linear on the lake, courtyard in the woods, and pinwheel on the meadow.

MacKay-Lyons Sweetapple Architects’ design process begins this way: by listening to the land. On Bigwin Island, there was a lot to hear. The cabins stand on storied ground. Named after Ojibway Chief John Bigwin, the island was historically a home to sacred spaces, a place of significance to the region’s Indigenous population. The first golf course on Bigwin Island was built in 1922, and for decades the island was the site of a glittering luxury resort — the summer home of Canadian industrial titans, Hollywood stars, and even the Dutch royal family. 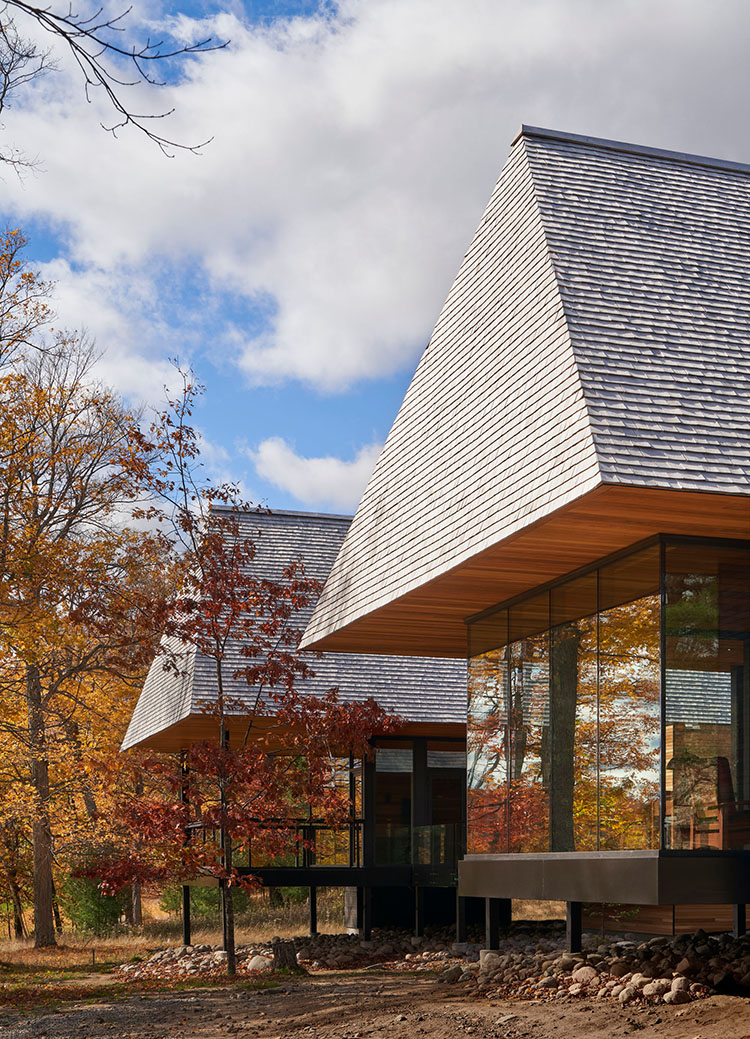 This development is part of property owner Jack Wadsworth’s plan for the island’s revitalization. Wadsworth nixed a proposed 150-room hotel in favor of 40 guest houses, ranging from 1230 to 1350 square feet each, and launched a design competition for the project, inviting proposals from six Canadian architectural firms. His vision, laid out in the competition’s design brief, was of a project that would respect the island’s history, the Muskoka region’s distinctive architectural aesthetic, and the environment, employing practical construction techniques and maximizing energy efficiency and sustainability. 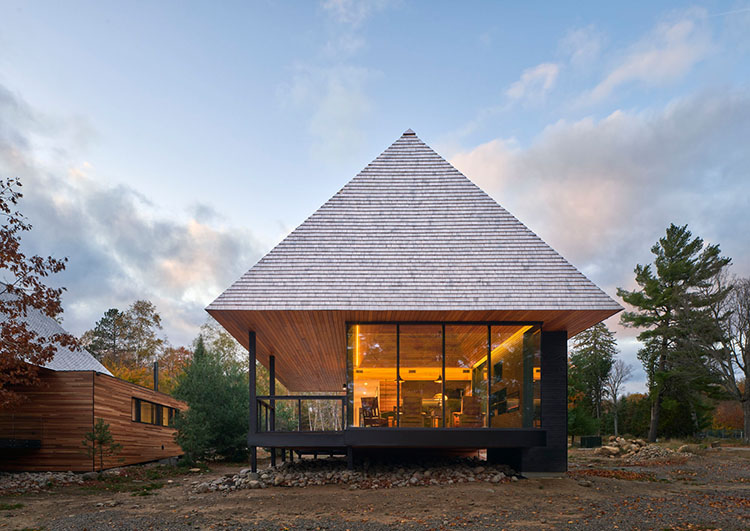 The quietly assertive design, fabricated from natural materials, references the grand protective roofs of the region’s historic cottages and boathouses. Each of the Bigwin Island Club Cabins is assembled from a seamless and simple kit of parts comprising a screened-in porch, deck, hearth, great room, sleeping box, and roof. An extruded box clad in shiplapped wood adjoins a glass pavilion hosting a living and dining space, topped by a deep hip roof. With an understated exterior, the interior is dramatic and lofty with ceilings rising to a peak. Each cabin employs practical construction techniques and a simplicity of craft, and is situated along the ground in a way which minimizes disruption of the landscape. 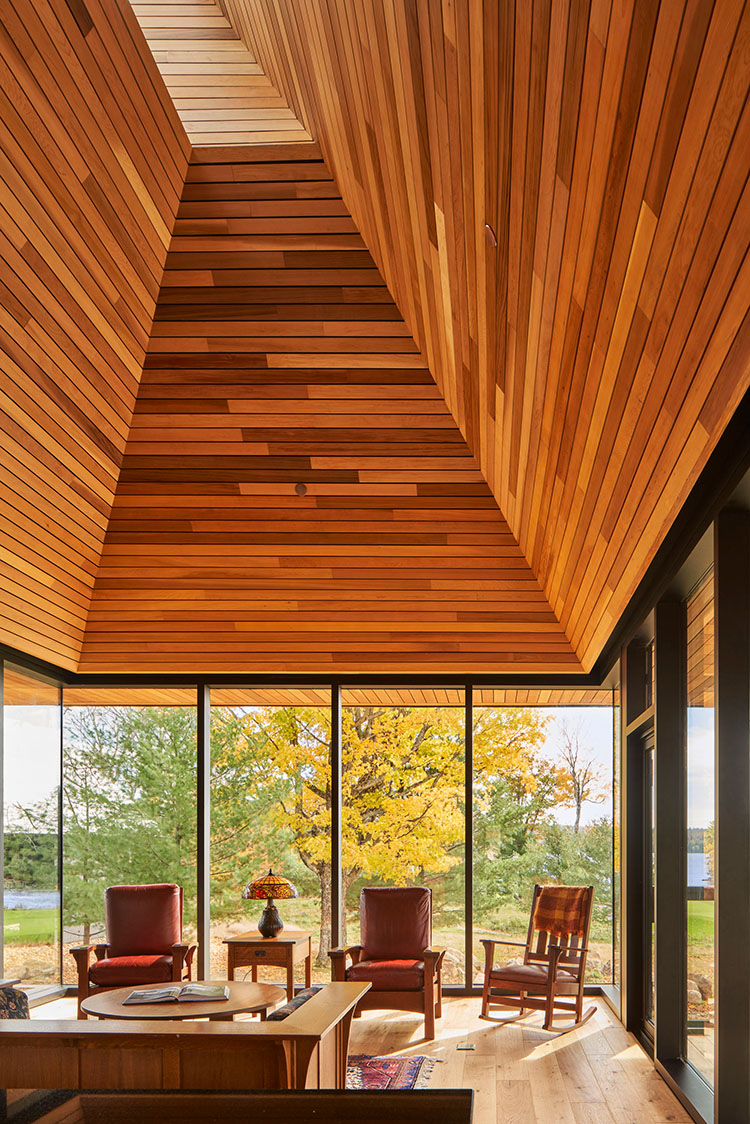 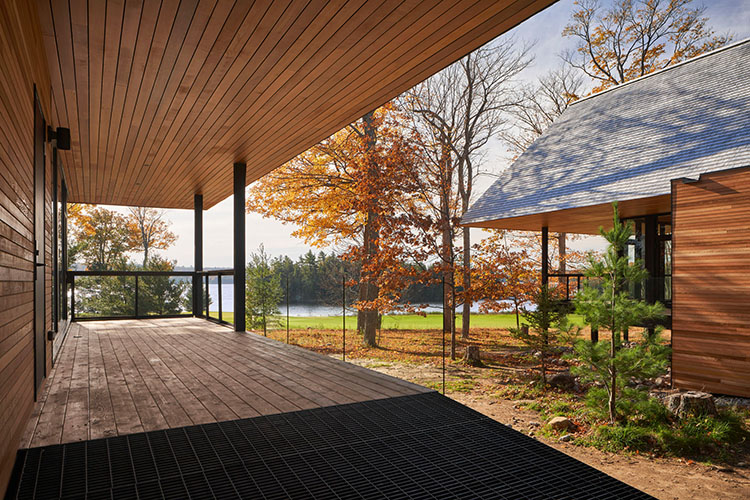 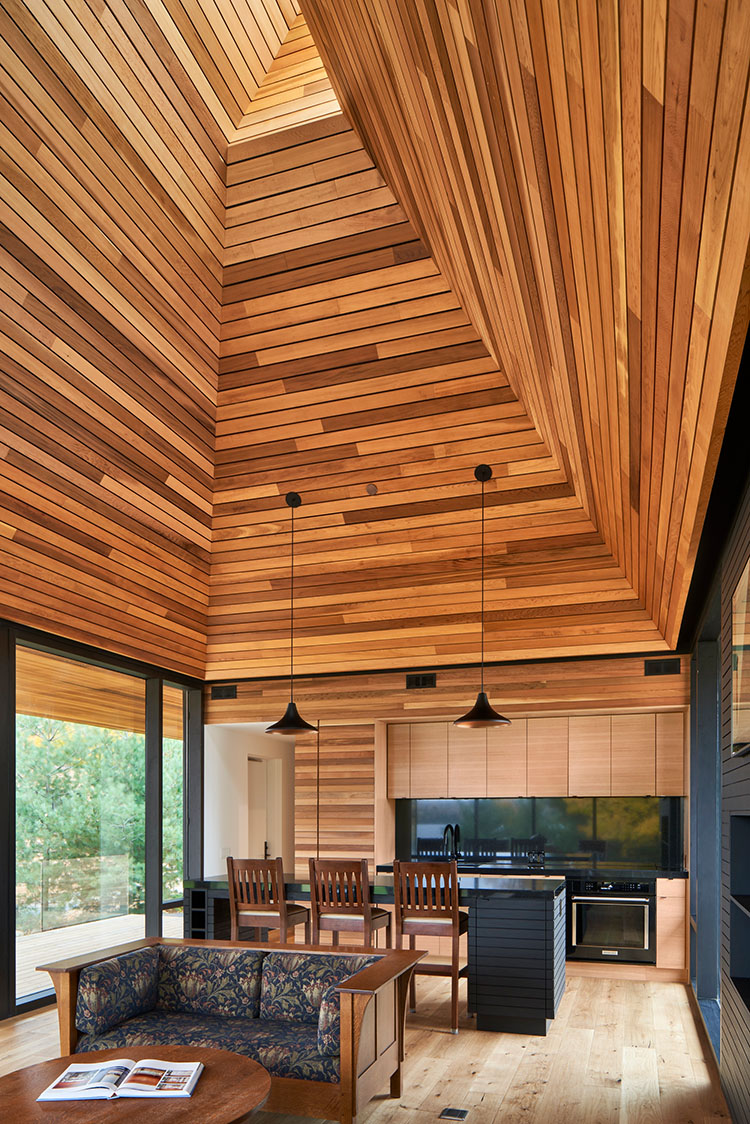 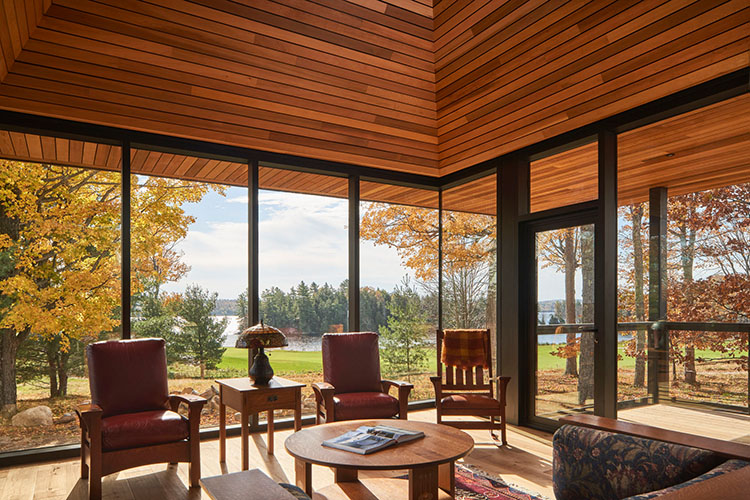 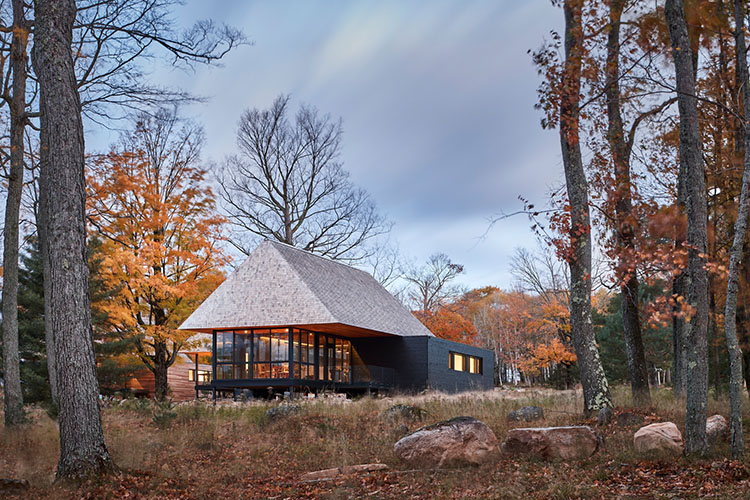 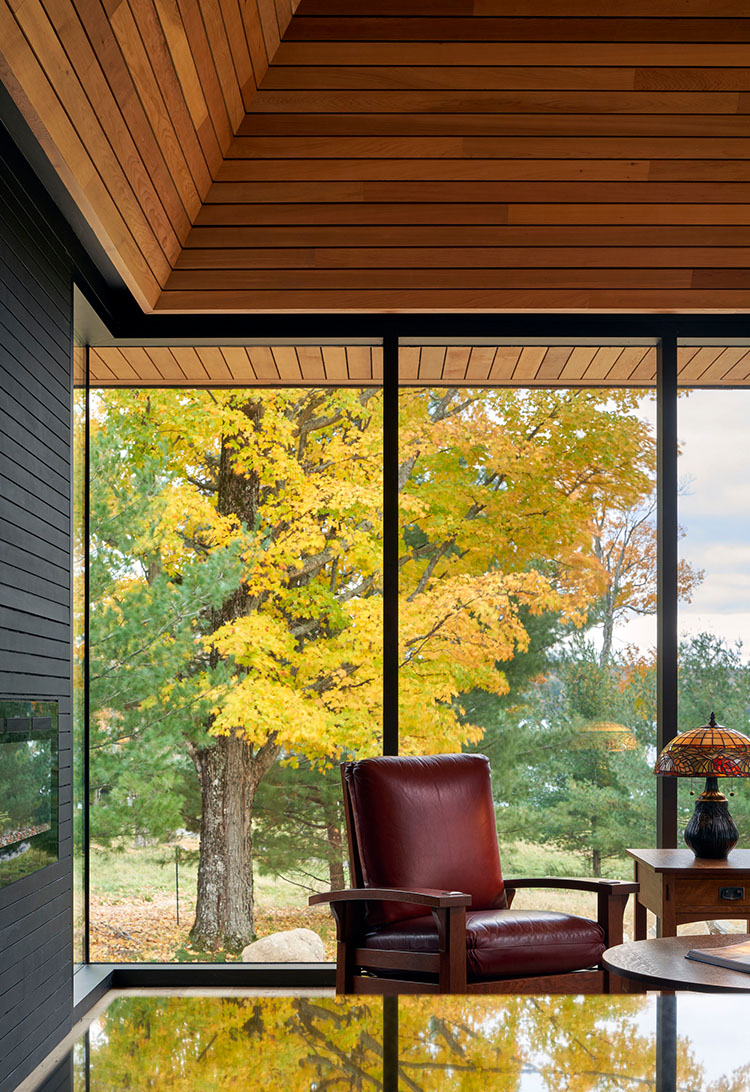