A team of young architects composed of INOUTarchitettura, LADO architetti and LAMBER + LAMBER, has recently completed the Church of the Penitent Thief and the annexed parish complex in San Lazaro di Savena, Italy. Initiated in 2010, the project for the new sacred space rises from a strongly participatory process shared with the whole community: a church that does not sacrifice its symbolic and evocative dimensions, while striving to be recognizable and inclusive. 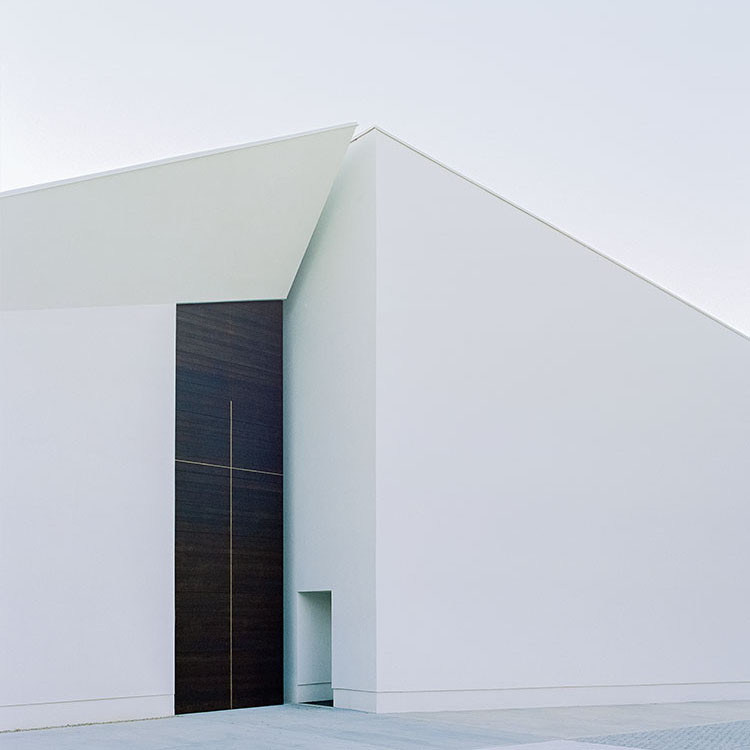 Taking a cue from the archetypal image of a church, the design seeks an architecture devoid of piety, to loyally reflect the essence yet be immediately readable: sober, solemn, but not monumental. It echoes the mysticism of everyday life.

The wall casing is light in color, evoking the marble of classical architecture, but is free of the powerful material element that detracts from a church’s modest geometries, turning it into a precious exception within its context.

The perimeter of the new church is defined by walls that bend and slide off each other, evolving into large half-open doors that signal two points of access to the main hall, in addition to the main entrance. 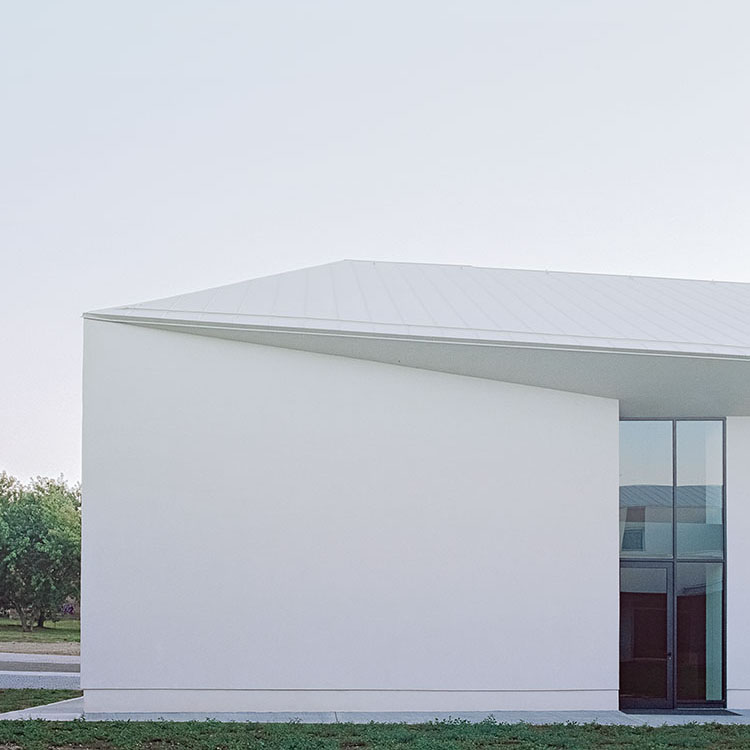 A continuous crack from heaven to earth and running along the entire roof, cuts and splits the building’s shell, revealing the presence of the sky. This symbolic gash in the veil of the temple is intimately connected to the naming of the new Church of the Penitent Thief and to the redemption message that it seeks to convey. 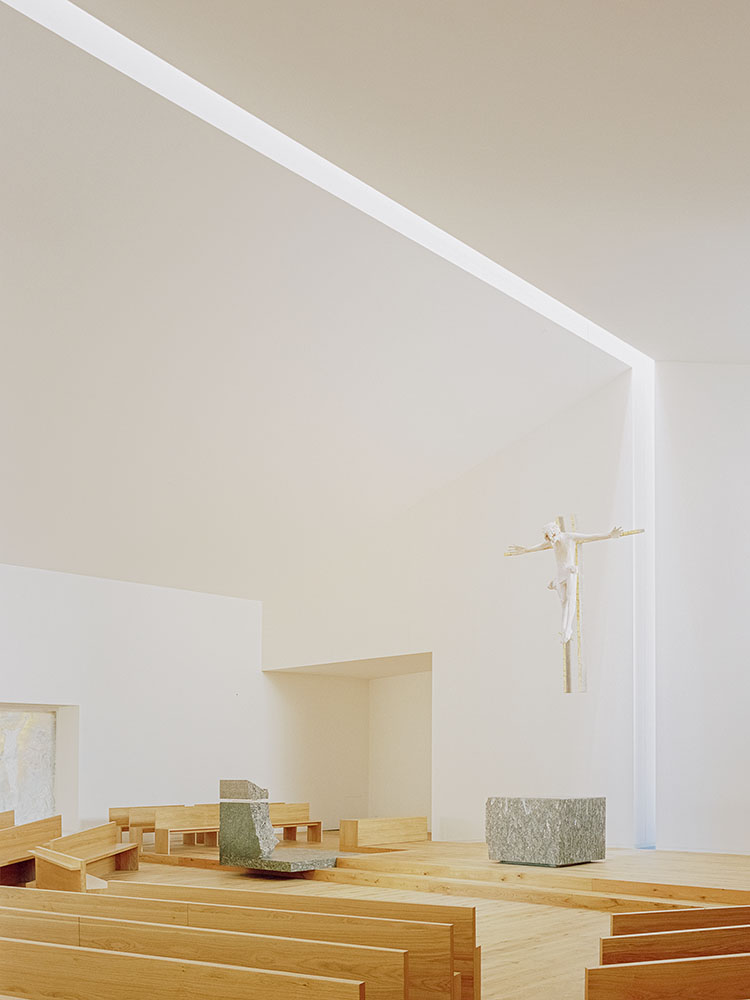 The architectural, liturgical, and artistic components of the project have been carefully considered and deeply analyzed as intimately connected facets, and as faces of a single body. The main liturgical spaces have been organized along the perimeter, built-in wall niches: the baptistery next to the entrance, the weekday chapel beside the altar and mirroring it, a cozy area dedicated to the choir.

Moreover, the artistic path unfolds to encompass the entire wall development. The resulting central void is dedicated to the assembly hall: an intimate and measured space whose fulcrum is the altar, around which the benches are arranged in a semicircle, like an embrace, to accommodate over 300 devotees. 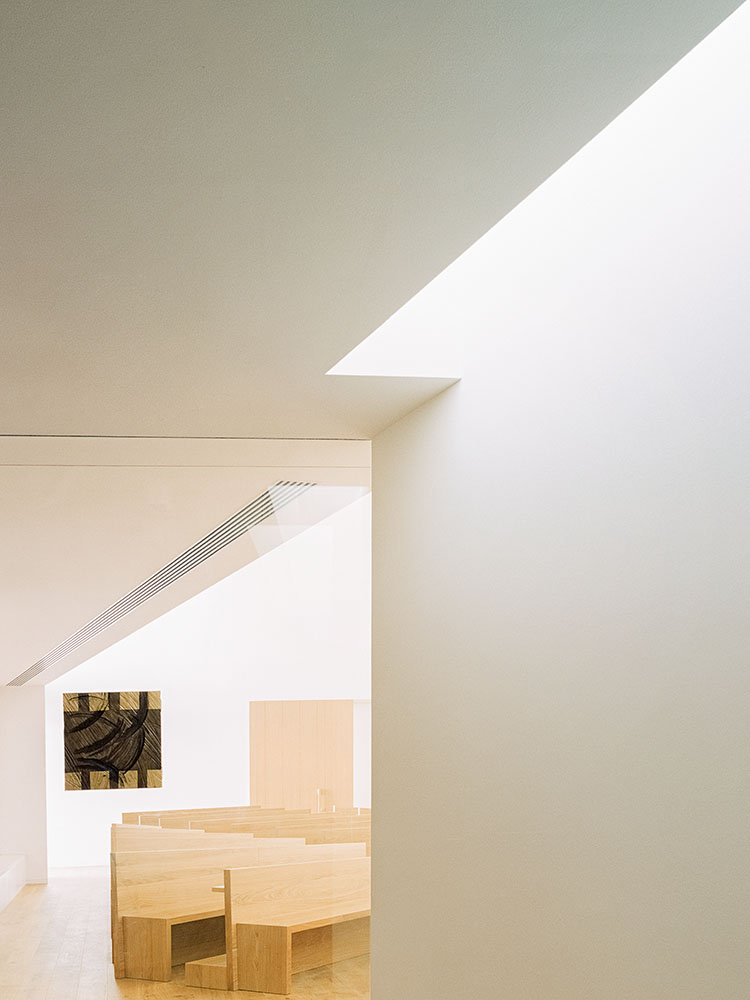 The liturgical elements – the altar, the ambo, the baptismal font – are stone pieces in selenite: a characteristic crystalline gypsum of the Bolognese hills. These strongly material presences emerge with respect to the white wall background and match the naturalness of the wooden floor. The result is a seemingly domestic interior space, characterized by a few carefully selected materials, intimate and welcoming, and bathed in natural light. 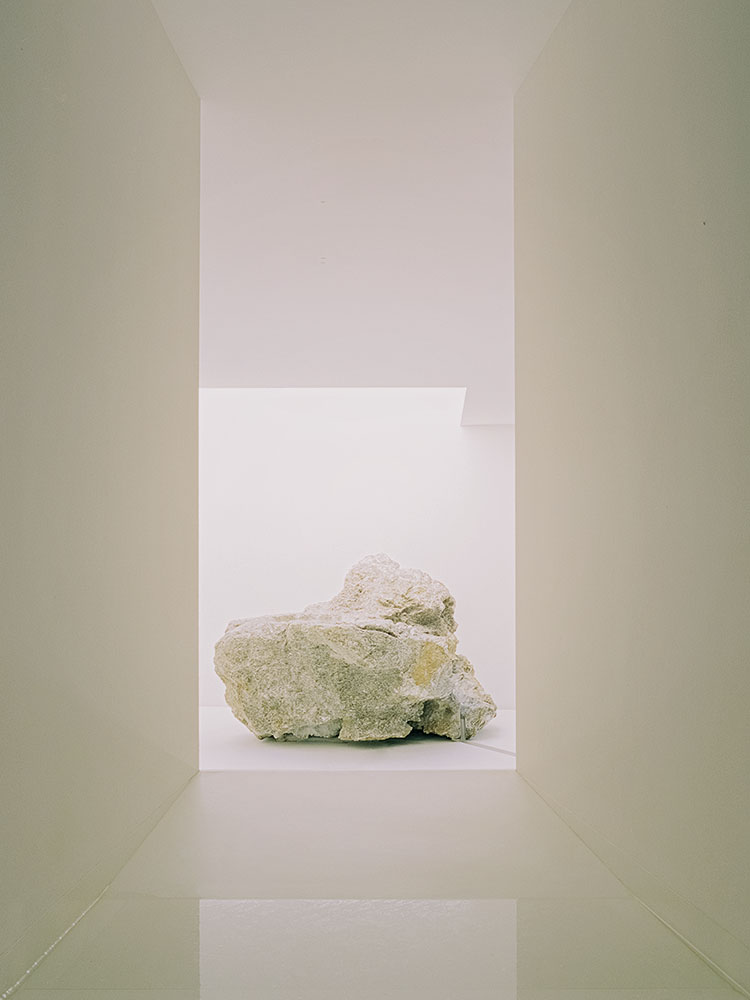 The parish complex develops on the east side of the church and consists of two new buildings plus a refurbishment of the existing building, previously used as a place of worship. The planimetric distribution gives access to the church from the parish premises, and through them, leads to the new building from the Park of Peace behind it.

The new buildings form an internal courtyard overlooked by all the classrooms for catechesis: an open tree-lined and public space for aggregation, play and meeting, that acts as a filter to and from the urban surroundings. 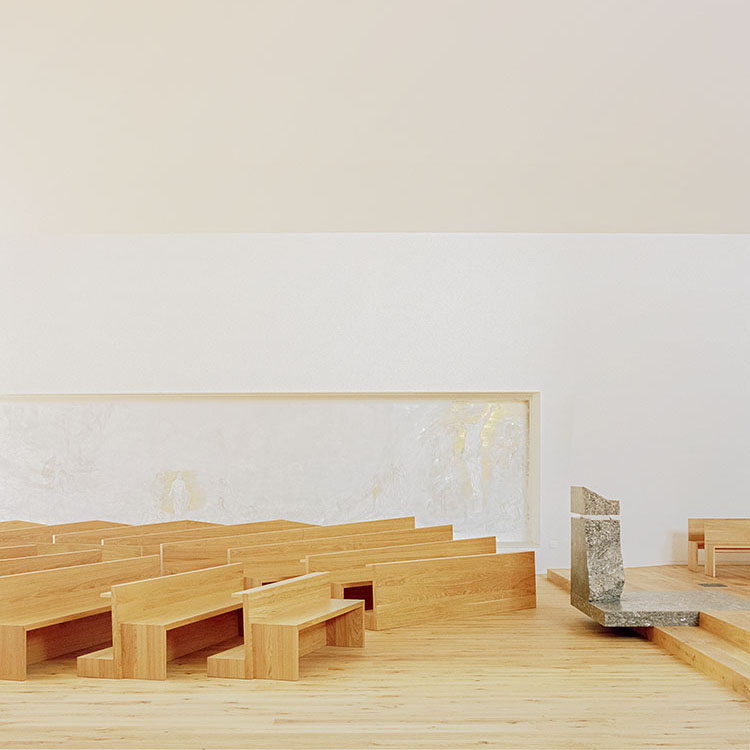 The roof of the building connecting the church and the two-story building that shapes the east side of the lot is a sloping green roof accessible from the park itself. This element emphasizes the connection and open relationship of the parish complex with the urban context to which it belongs. 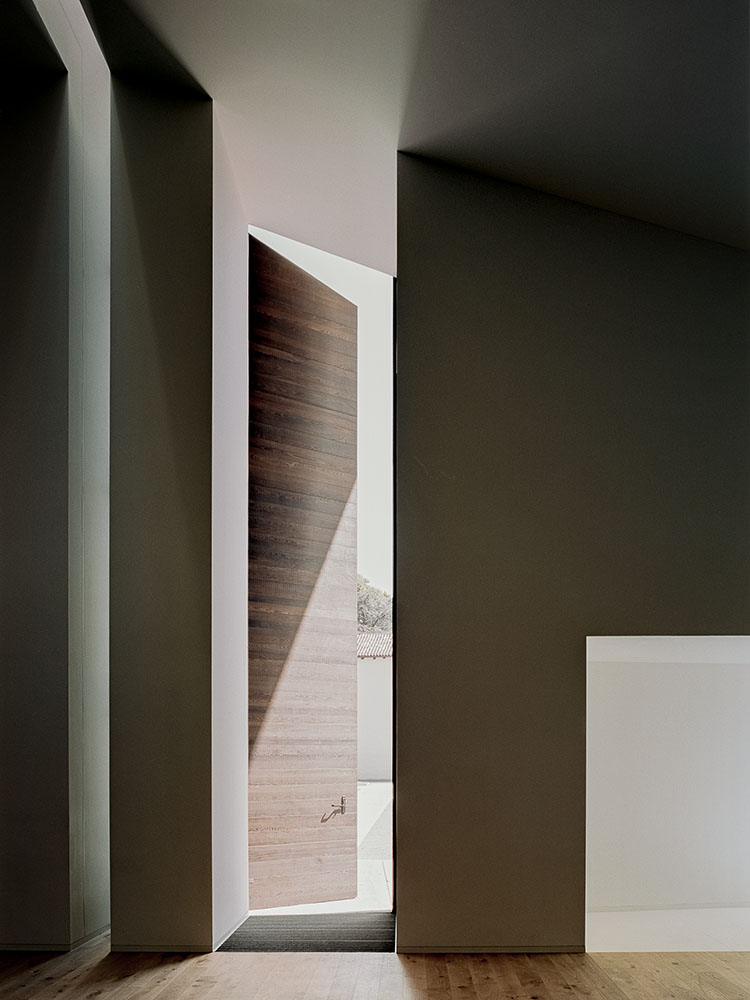 The message of liberation and redemption, linked to the figure of the Penitent Thief, is also reinforced by the decision to involve inmates at the La Dozza prison of Bologna (at the end of their sentence and following a period of training) in the construction phase of the complex. A project of significant architectural and social value that generates a new center to welcome worshippers and visitors of all walks.