London-based architecture and interior design practice Universal Design Studio and Giles Miller Studio have unveiled a two-story Pavilion for BBC Studios on Cannes beachfront in the south of France. The building — that can be dismantled and reused, and then recycled at the end of its life — fuses an iconic sculptural aesthetic with highly innovative architectural functionality.

The ‘skin’ of the structure is foremost a mechanism for controlling the visual transparency of the building, but the sculptural composition of thousands of recyclable aluminum ‘petals’ results in an object of inherent natural beauty. 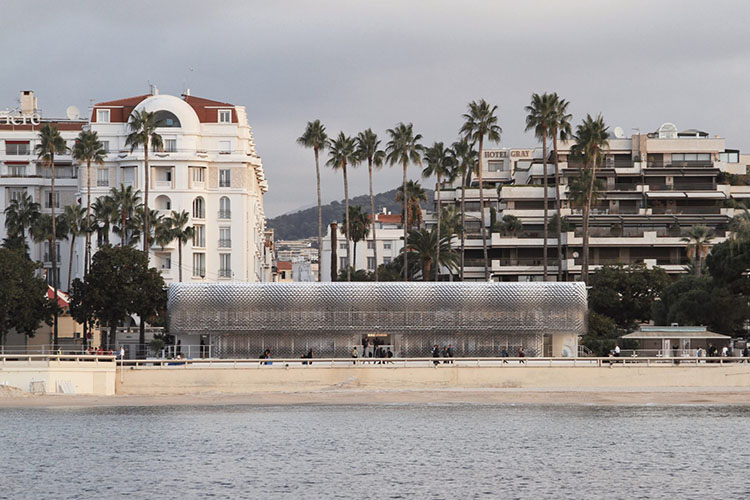 “We created an iconic temporary structure that can be reutilized for initially three years with the opportunity for it to travel globally to any other relevant event for the BBC,” said Richard Ryan, associate director of Universal Design Studio. “The structure itself should also be recycled at the point of its end-use. Outside of these parameters, the aim was to create a structure that enabled the BBC to host, sell and entertain.” 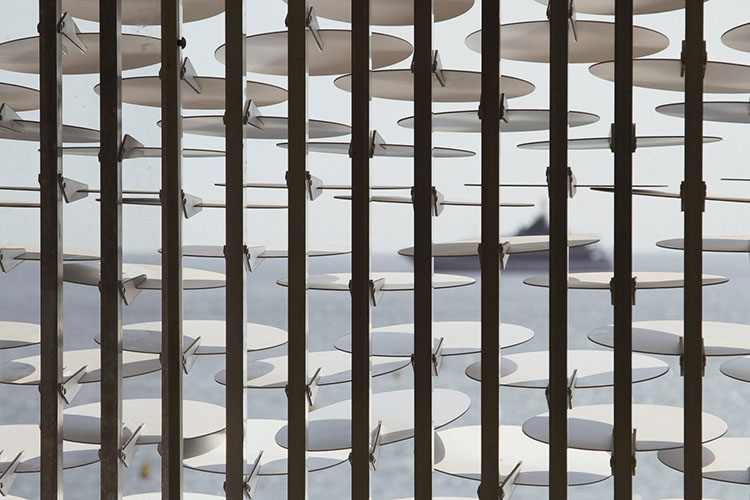 The undulating front of the building opens up during the day in a unique and complex mechanical concertina, exposing visitors to open views of the Mediterranean whilst referencing the performative nature of BBC Studios output.

GMS’ organic exterior is complemented by a sleek and finely crafted interior scheme designed by Universal Design Studio to create a unique and enhanced experience of the building for its many visitors.

Commissioned by BBC Studios, the BBC Pavilion has been designed for the MIPCOM trade fair, the world’s entertainment content market held annually in Cannes. 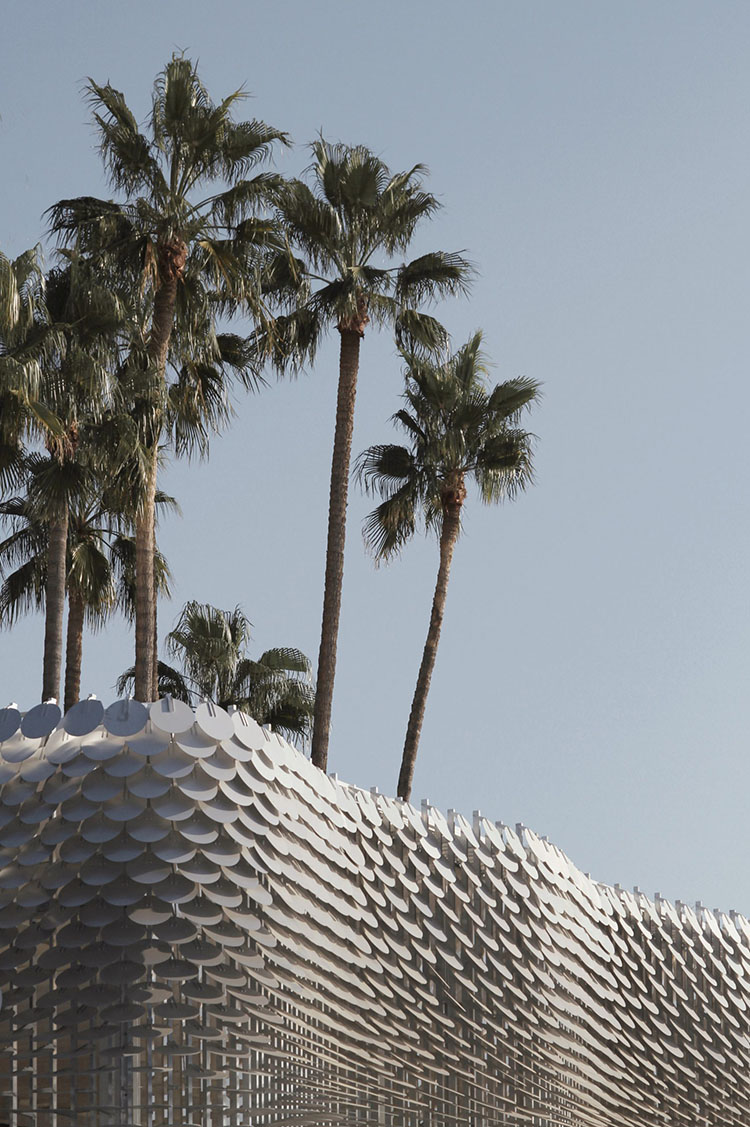 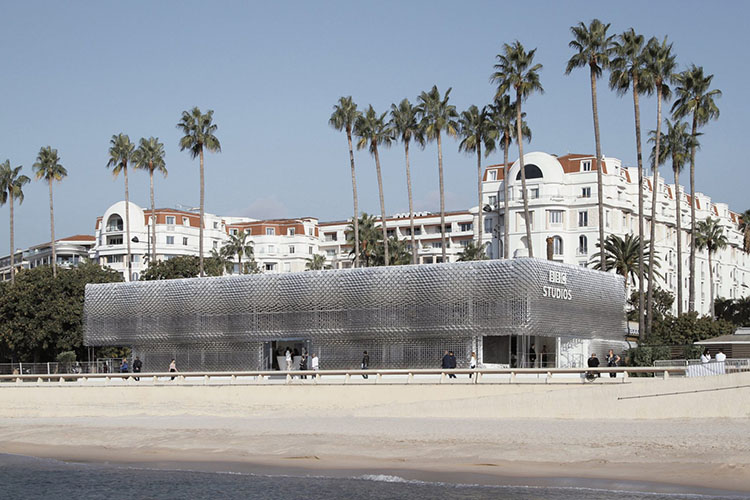 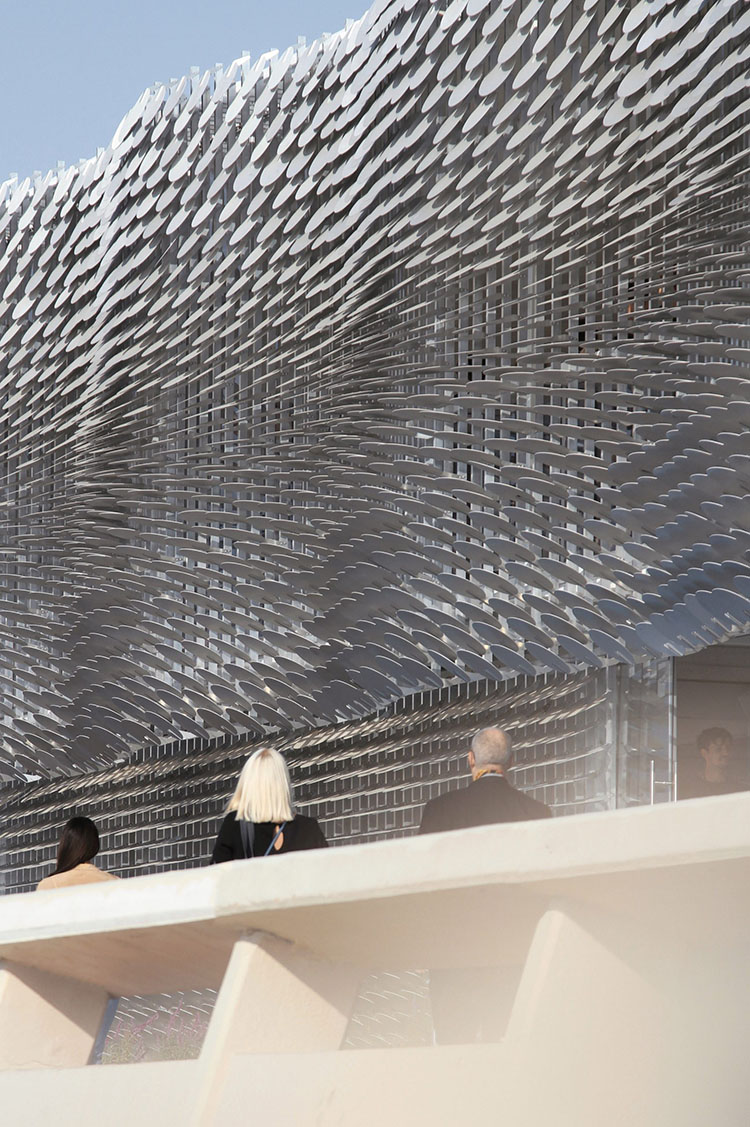 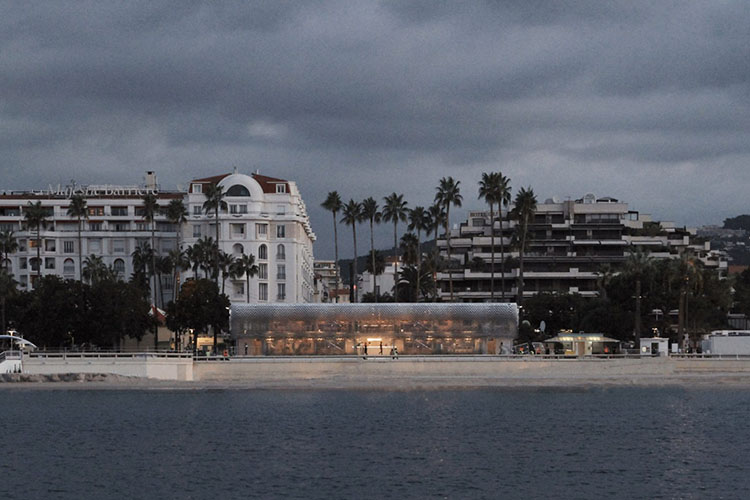 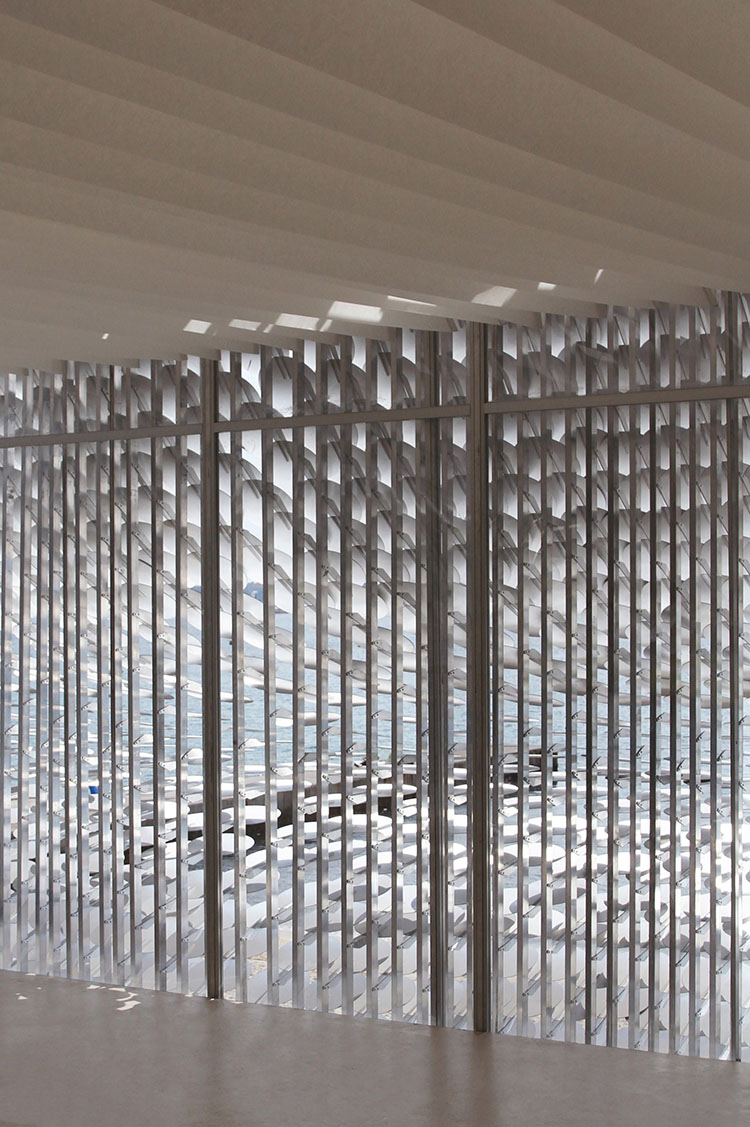