COBE Architects has completed the 20,000-square-meters Karen Blixens Plads, one of the largest public squares in Copenhagen. Situated between the University of Copenhagen and the Danish Royal Library’s buildings at the university’s South Campus, the open and welcoming urban space is an innovative, spectacular and multi-functional architectural design that accommodates and promotes green transportation, climate change adaptation and biodiversity. 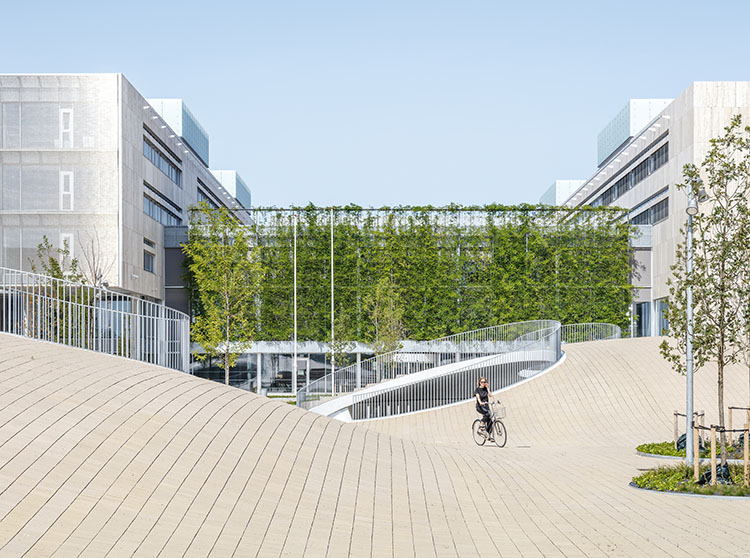 The combined public square and university plaza is designed as a carpet that covers an undulating terrain of small hills and breaks the large space up into smaller zones with room for activities both on and inside the hills (domes). The three bicycle hills were created as cast concrete shells clad with hand-laid tiles in colors echoing the exteriors of the surrounding university buildings.

In addition to serving as an active meeting place for students, employees and locals, the square also contains a high-capacity bicycle parking space for the many users of the university, including 16,000 students and 2,000 employees. 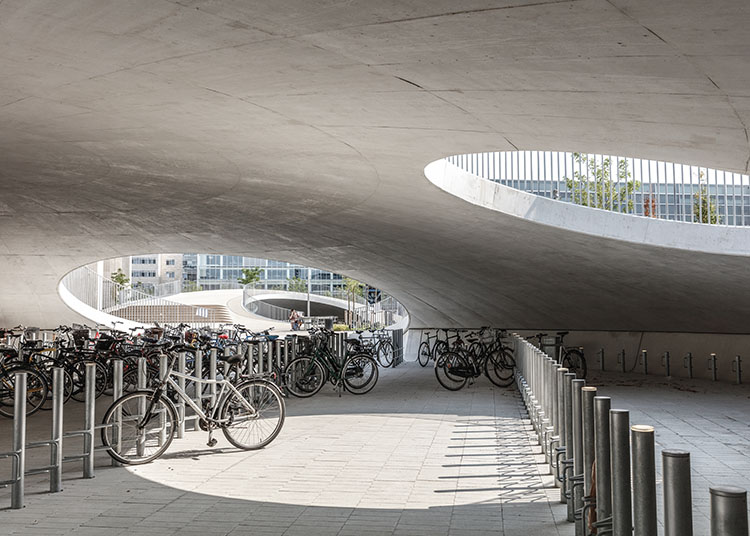 “Copenhagen is one of the world’s leading bicycle cities, with more than 40 percent of the city’s inhabitants riding their bike for their daily commute. That requires a new and flexible approach to bicycle parking. In previous projects, we have developed innovative bicycle parking solutions that form a natural element in the environment. By Nørreport Station, for example, we created the so-called bicycle beds, and here, at Karen Blixen Plads, the solution is bicycle hills. The integrated hilly landscape creates a space with a large capacity for bicycles, two-thirds of them in covered spaces inside the bicycle hills,” says Dan Stubbergaard, architect and founder of COBE. 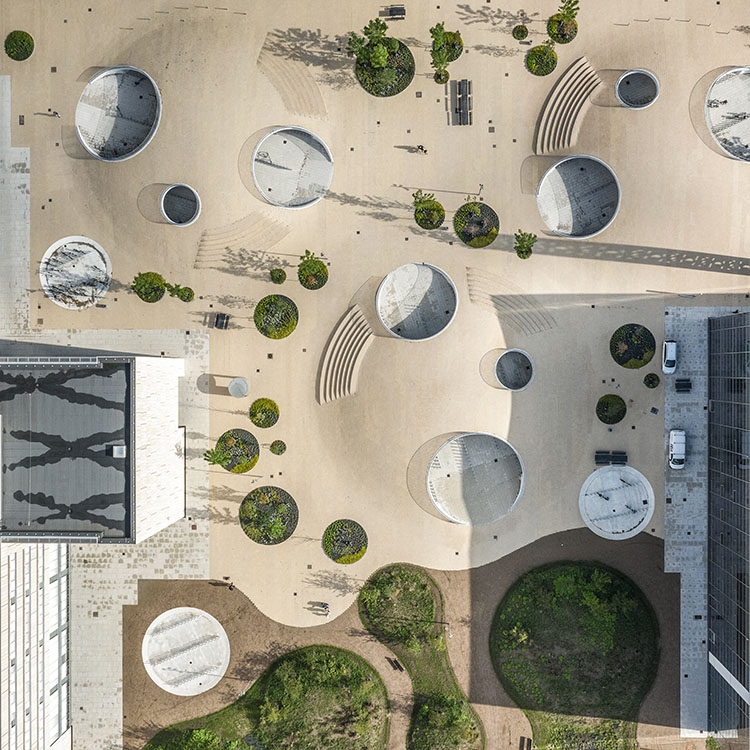 In a soft transition, Karen Blixens Plads brings together the university’s need for urban spaces with the open landscape of the neighboring Amager Fælled (Amager Commons). The north side of the square, where the three main entrances to the university are located, is an open and multipurpose space. To the south, hilly, undulating meadowland connects the campus with the commons. 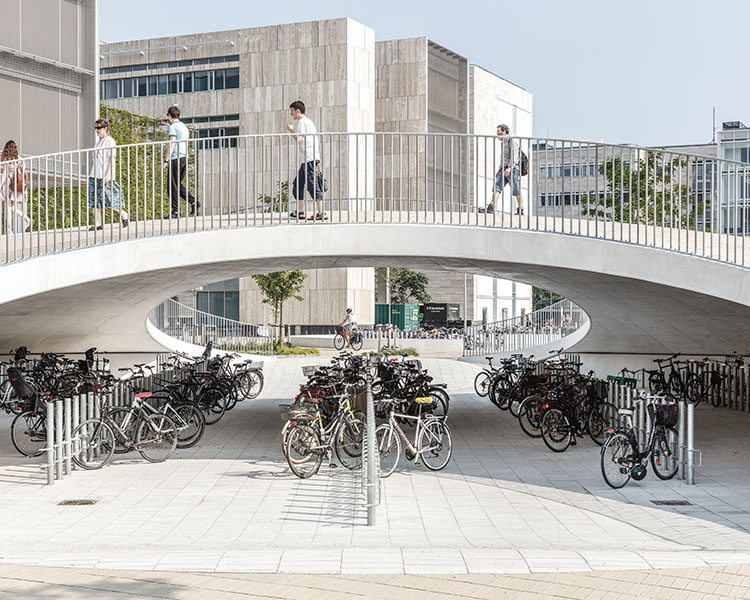 In addition to bringing nature into the campus the landscape also contributes to climate change adaptation by adding a capacity to handle stormwater. Delaying rainwater in depressions in the landscape utilizes the recreational values of the water and creates small wet biotopes that support biodiversity, enable rainwater evaporation and supplements the canal in case of extreme precipitation, thus contributing to climate change adaptation. 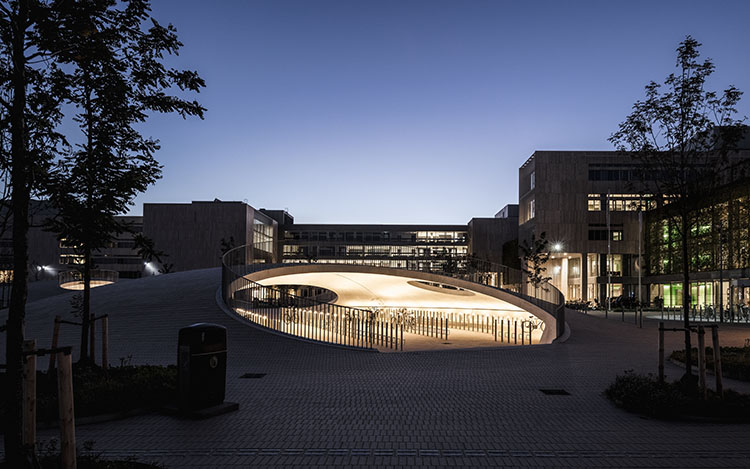 A central feature is an outdoor auditorium with seating for up to 1,000 people on the manmade hills. The hilltops offer additional standing room for concerts or other large public events.

“All in all, we have created a unique space based on three main principles: improving the connection between landscape and urban space, integrating optimal green spaces with a large capacity for bicycle parking and creating a space that offers good social meeting places and learning environments. The almost cathedral-like form of the bicycle hills further offers an aesthetic experience in its own right, both when people park their bikes and when they meet at the hills for lectures, group work, concerts or Friday afternoon socializing,” says COBE’s founder, Dan Stubbergaard.