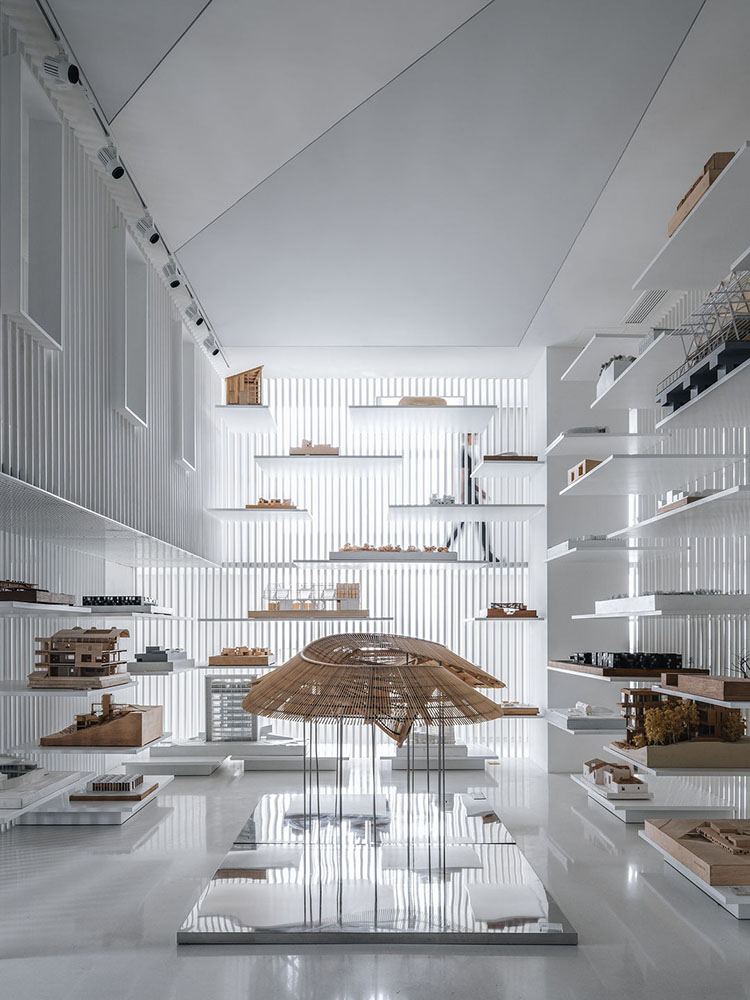 “When I looked through the photos of Archi-Depot, an idea popped into my head: since the museum focuses on models of various built or unbuilt projects, if we look at these vastly different projects from a macro perspective, and ignore the difference in region and time period, they can form a world together,” says Yu Ting, the chief architect of Wutopia Lab. “Therefore, I decided to make the entire museum into a mega model of future city. The collected models become different components of the future city’s fabric, with each of them divergently predicting a different future. Such an architectural model museum is truly meaningful at architecture level, and I defined it as “Models in Model.” 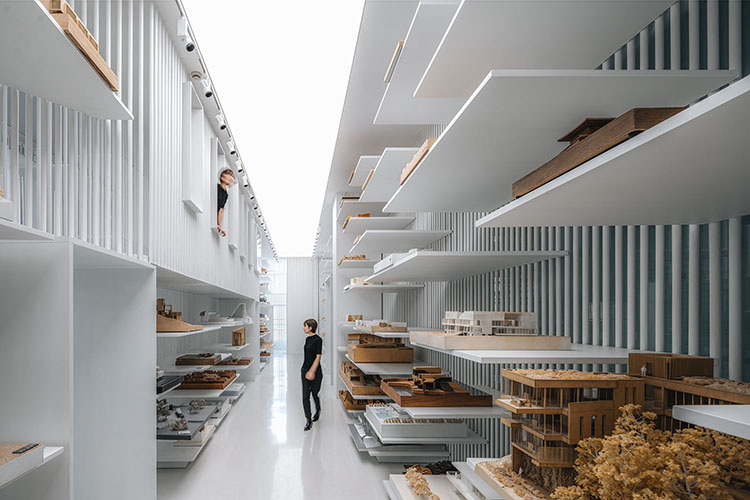 The museum is divided into zones with names taken from science fiction films such as the Pod Bay and the Thunder Dome, from 2001: A Space Odyssey and Mad Max respectively. The central space – accessed via a corridor called Stargate – is lined with glass at its edges and a ceiling of distorted mirrors. Around this wraps a ring of exhibition spaces separated by partitions of steel rods that create a complex series of sight-lines and a dynamic play of light through the interiors. 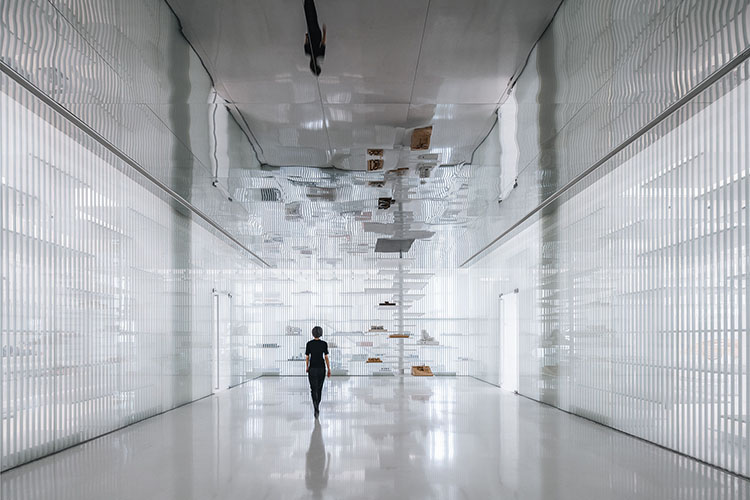 Originally the intention was to use curtains to define the spaces, but once the steel rods were in place Yu Ting was “deeply touched” by the effect they had on light entering the museum. The diaphanous effect of vertical dividers is designed to give the sense that The Last Redoubt is one giant architectural model housing scores of models, like a dollhouse. 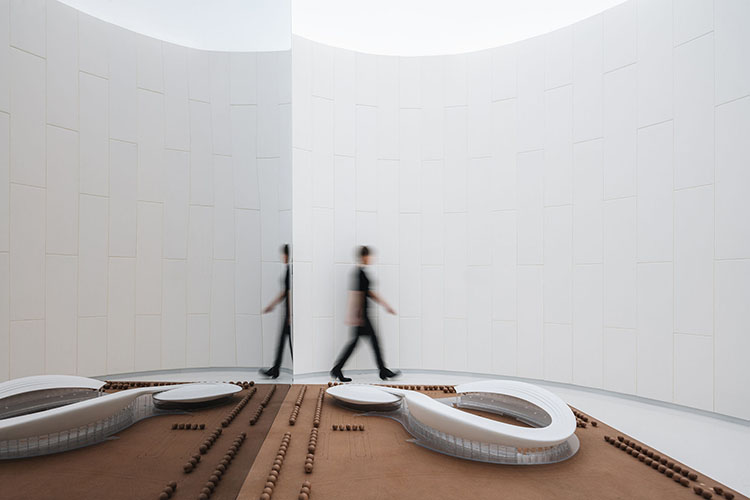 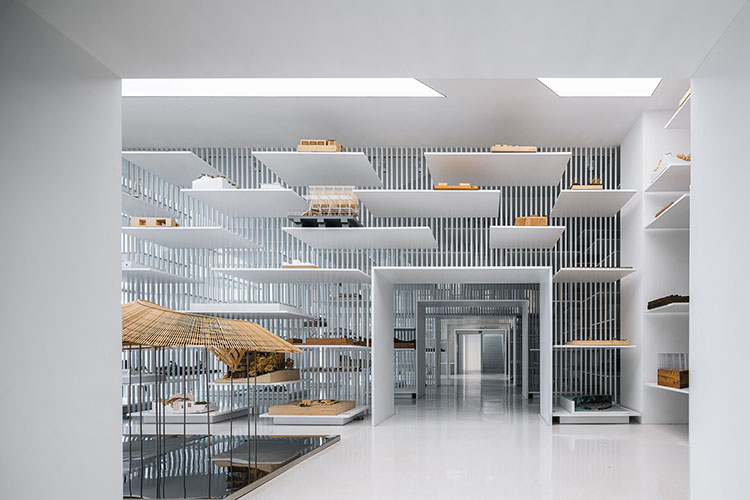 On a human scale, the museum has a mezzanine that spans across all exhibition areas. The mezzanine is suspended by white round steel tubes with a diameter of 32mm. The mezzanine is hidden between interfaces formed by steel bars, in order to avoid visual conflicts between the two scales. Visitors can walk between models in a vaguely visible way and observe them, which forms an important circulation for experiencing the museum and constitute a part of the overall model — the Last Redoubt’s three-dimensional traffic system. 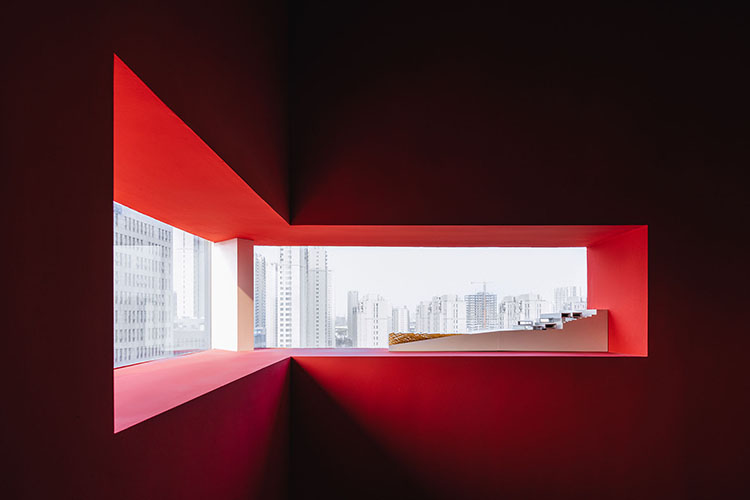 In one corner of the museum is the circular Thunder Dome. Lined with white panels and lit by an illuminated ceiling, it is a media hub with virtual reality technology. “Although I named it the Thunder Dome, it is a peaceful place filled with divine light,” said Yu.