At this year’s Dutch Design Week, Studio Marco Vermeulen built the Biobasecamp, a pavilion that gives architectural expression to the contribution that ‘building with trees’ can make to reducing the amount of CO2 and nitrogen in the atmosphere through replacing conventional building materials such as concrete and steel with wood.

The pavilion deck is made up of large modular, removable floor parts made of cross-layer glued wood, called Cross Laminated Timber (CLT) in jargon. After Dutch Design Week, these can be reused as floor elements in, for example, new homes. 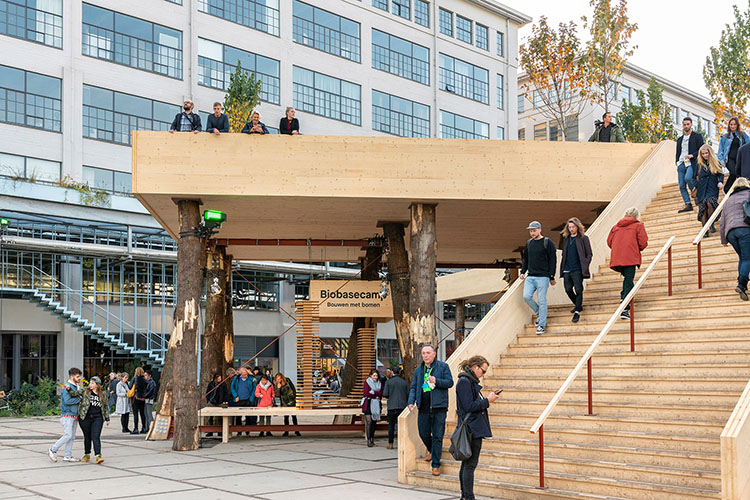 The used cross-layer wood is made in a German factory from German softwood. But why is there no Dutch cross-layer timber yet? By creating more economic value for wood, more forests can also be planted. The building assignment can in this way contribute to combating climate change and the quality of the Dutch landscape. This may also apply to the Brabant poplar landscape that originated for the production of clogs and matches. That is why the deck of the Biobasecamp is supported by strains of poplars that were recently on the A2 motorway near Boxtel, but had to be cleared due to their age and the associated risk of being blown over. 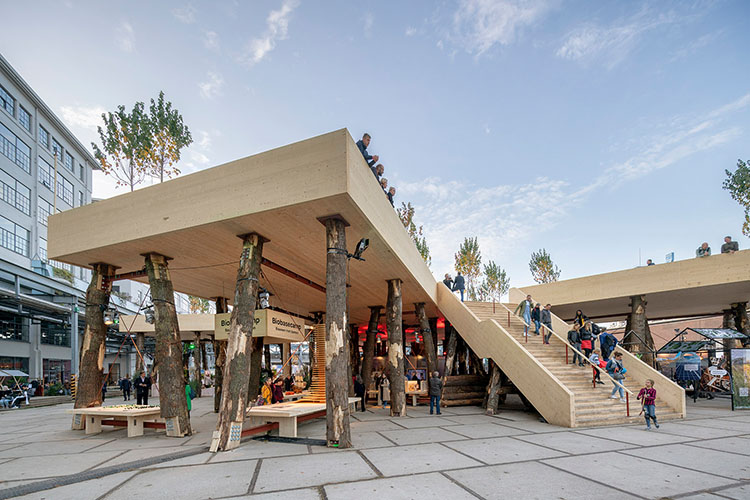 One of the main climate objectives is the reduction of our CO2 emissions. But can we also extract CO2 from the atmosphere at the same time? This is possible at high costs and in limited scale through machines currently being developed. However, there is still no machine as cheap and efficient as the tree. We learn early in school that trees convert CO2, under the influence of sunlight, into glucose to grow. When trees die and decay, this CO2 is released again. When we burn wood and use it to generate electricity and heat up our homes, the stored CO2 is also released. However, if we make building materials out of it, we can capture and store CO2 for dozens, perhaps hundreds of years! 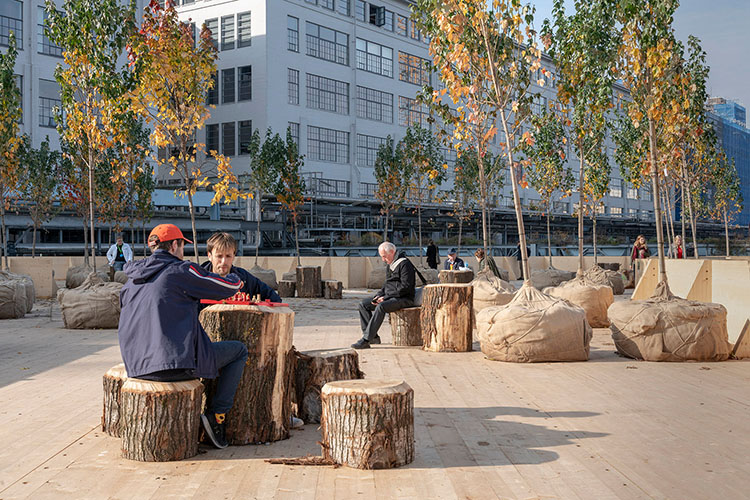 In other words: by building with wood, CO2 is actually extracted from the atmosphere. In contrast to, for example, costly storage under the North Sea (CCS), this form of CO2 storage creates value in the form of buildings. The construction sector can thus play an active role in the fight against climate change. That is certainly true now that the Netherlands is on the eve of a huge housing challenge; one million houses have to be built in the Netherlands in the next 20 years. In addition, a large part of the existing homes must be made energy efficient. Both assignments act as a powerful driver for the transition to a biobased economy. 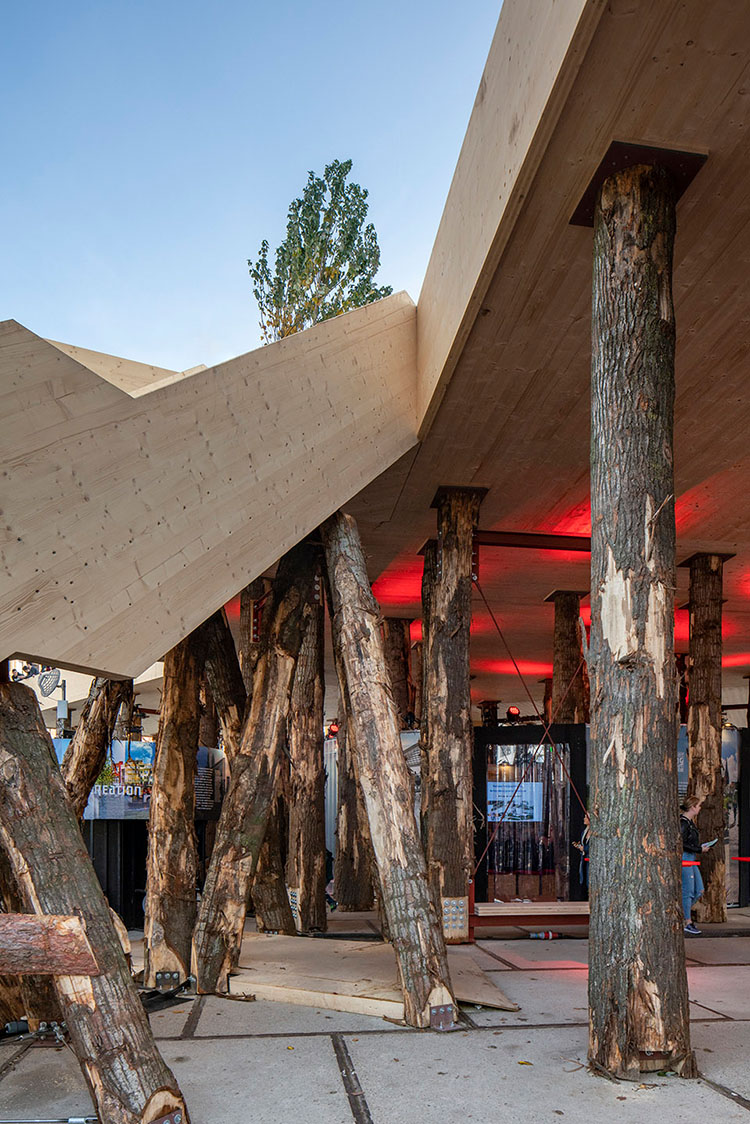 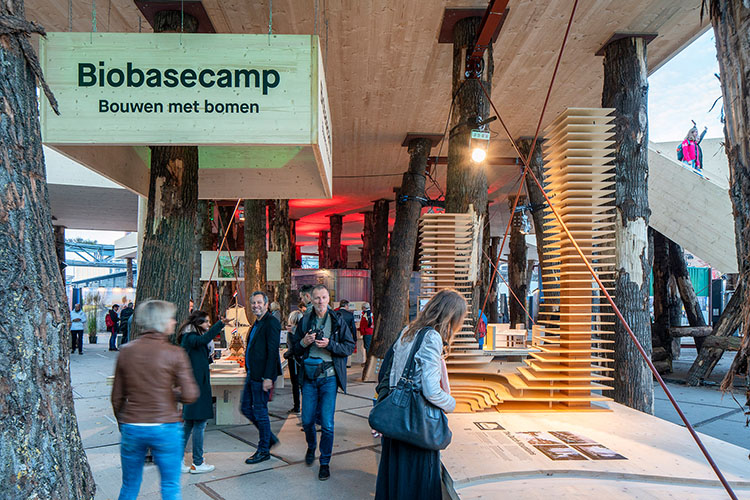 An exhibition has been set up among the trees of the Biobasecamp in which the above-mentioned mission is illustrated with maps, objects, and projects. The exhibition shows projects by Studio Marco Vermeulen and other objects that show the diversity and power of wood as a raw material. The exhibition also shows the historical interdependence of Dutch culture with wood and forestry. The subjects below have been exhibited in the biobasecamp.