London-based FLOW Architecture with Magrits has extensively redeveloped a Victorian terraced house on a leafy and quiet road in Kensington, London. The project consists of the practically complete demolition and reconstruction of the existing dwelling — a large four–storey end-of-terrace house, originally built in 1851 — together with the addition of a basement and a double-height rear-extension. 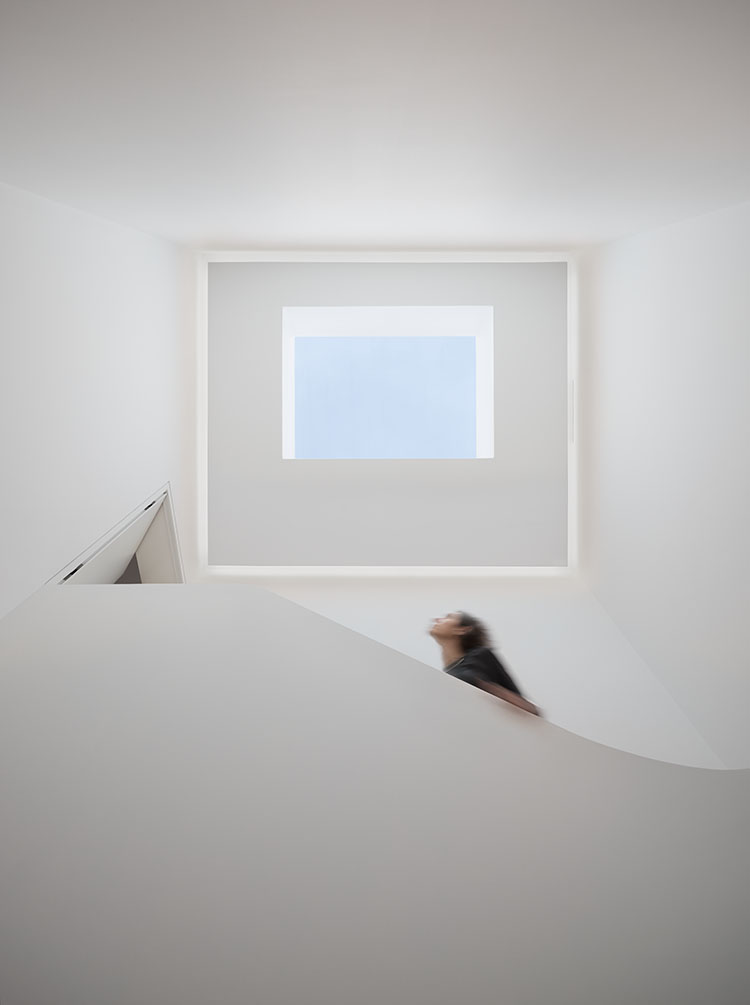 Challenging the traditional way of inhabiting historical housing, the project responds to the needs of a family dissatisfied with the poor quality of light inside the building and with the compartmentalized Victorian layout. Spatial planning was driven by maximizing the potential for natural light and the fluidity of the vertically stacked living spaces, in order to accommodate the client’s living requirements and their growing art collection. 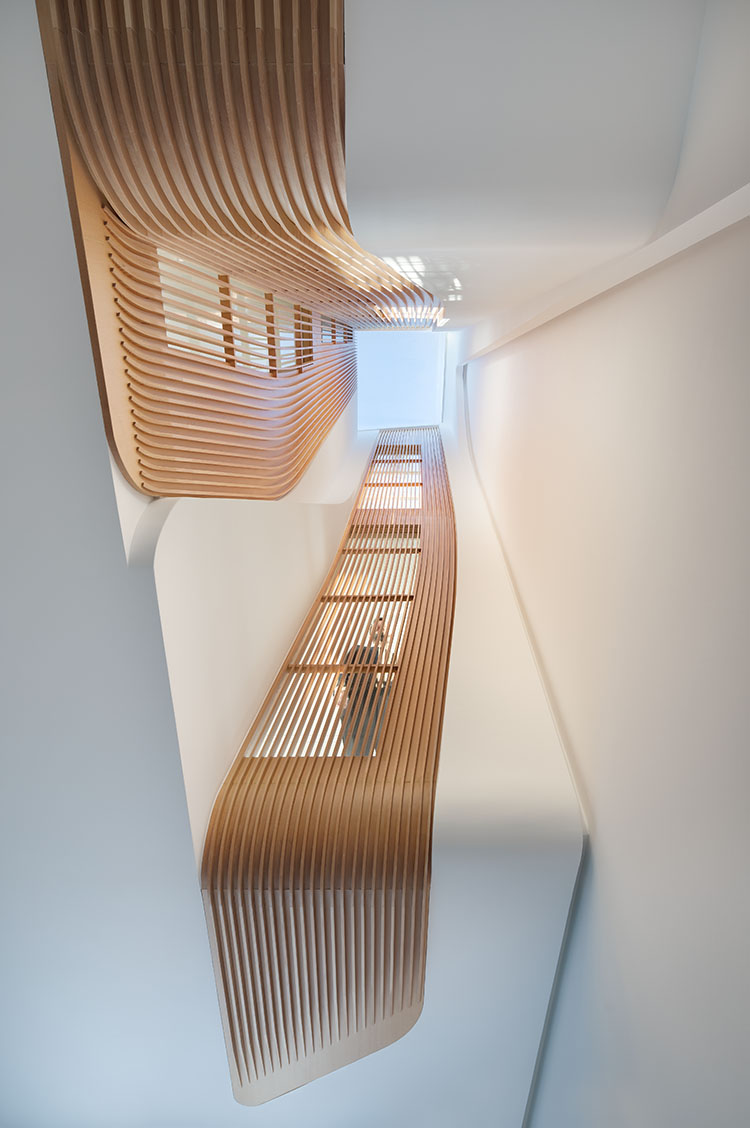 “The name Light Falls perfectly expresses the soul of the house! The cascading effect of daylight, brought in vertical motion to the centre of the building, enlivens the interior spaces and dissolves the borders between outdoor and indoor spaces,” says the design team. 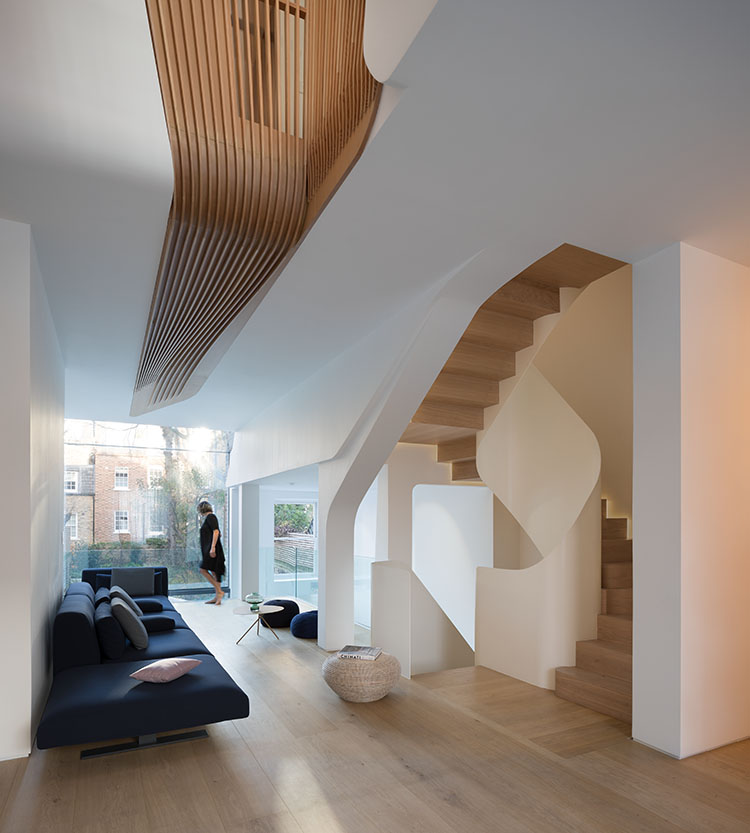 Set within the Abingdon Conservation Area, the house is subject to a number of planning restrictions, which dictate that its external appearance must be largely preserved. The design features are concentrated towards the core of the building, with the re-organization revolving around a new interior courtyard that acts as a visual centre to the living spaces. Next to the courtyard, a series of double-height spacesamplify the effect of the cross-views throughout the living quarters. Similarly, the staircase opens completely towards the bottom section of the house to organize the sequence of the entertainment areas. 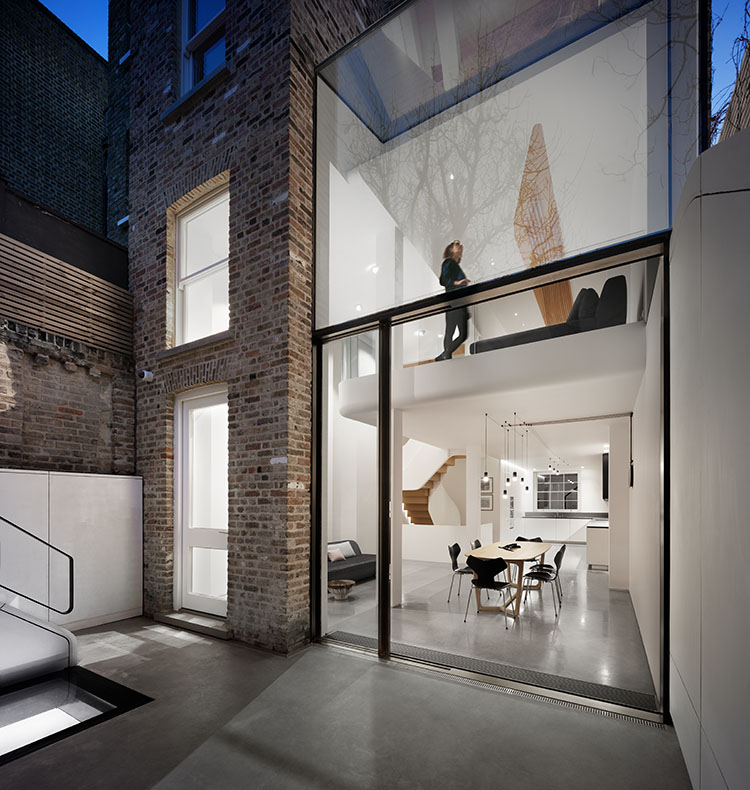 Natural light plays a key role in the project: two large frameless skylights are positioned at the top of the courtyard and the open staircase to enhance the permeability of the building. As a result, abundant daylight fills the heart of the dwelling, carving out the volumes from the original mass and creating a series of fascinating effects. 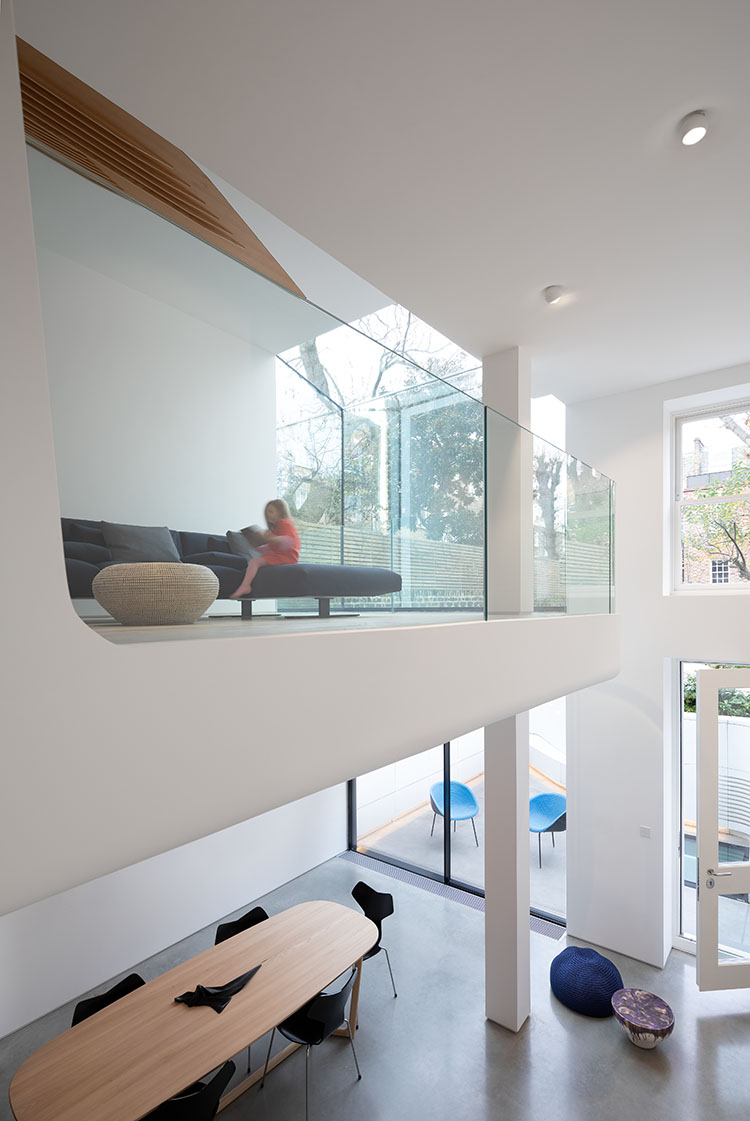 With the rear extension, the dining room features a direct visual link to the garden through the light-weight glass extension. Panoramic sliding doors open towards a generous terrace shaped by the presence of a large walnut tree. Here, the walls are cladded in glass–reinforced concrete panels (GRC) that fold to form a curved bench and the stairs to the garden, creating a visual connection with the dynamic lines of the interiors, which is continued in the design of the planters’ edges in the outer part of the garden. 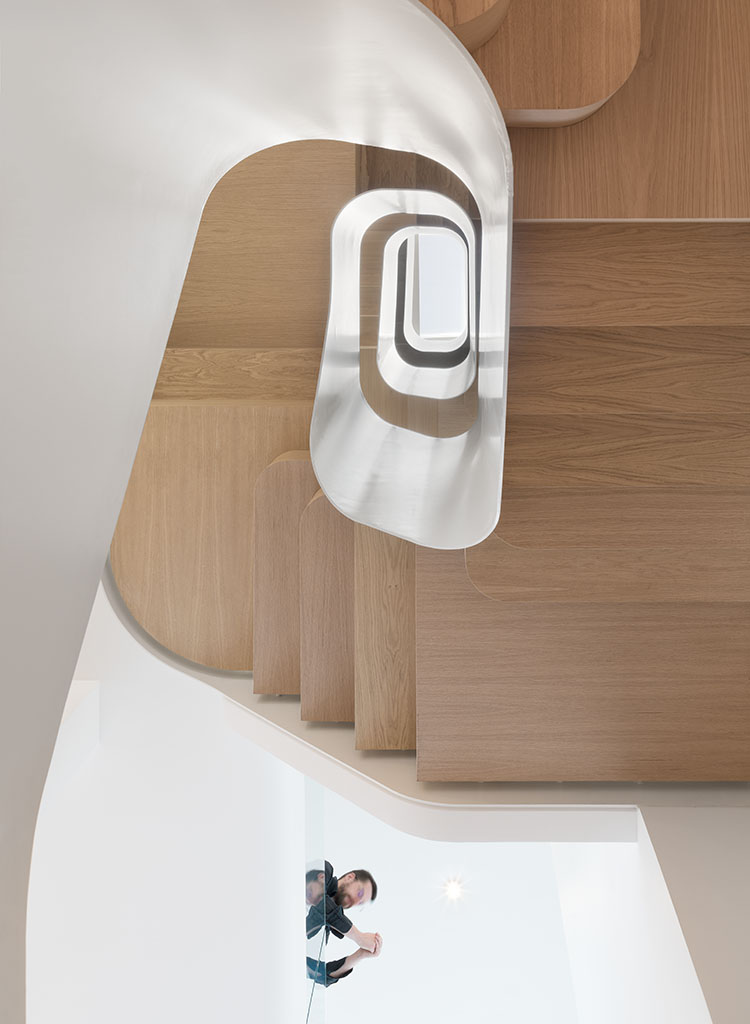 Within the project, traditional construction methods and materials have been combined with more innovative solutions, such as the GRC panels in the garden, and the internal series of bespoke joinery pieces designed with special cut-out handles and engraved with graphic designs. 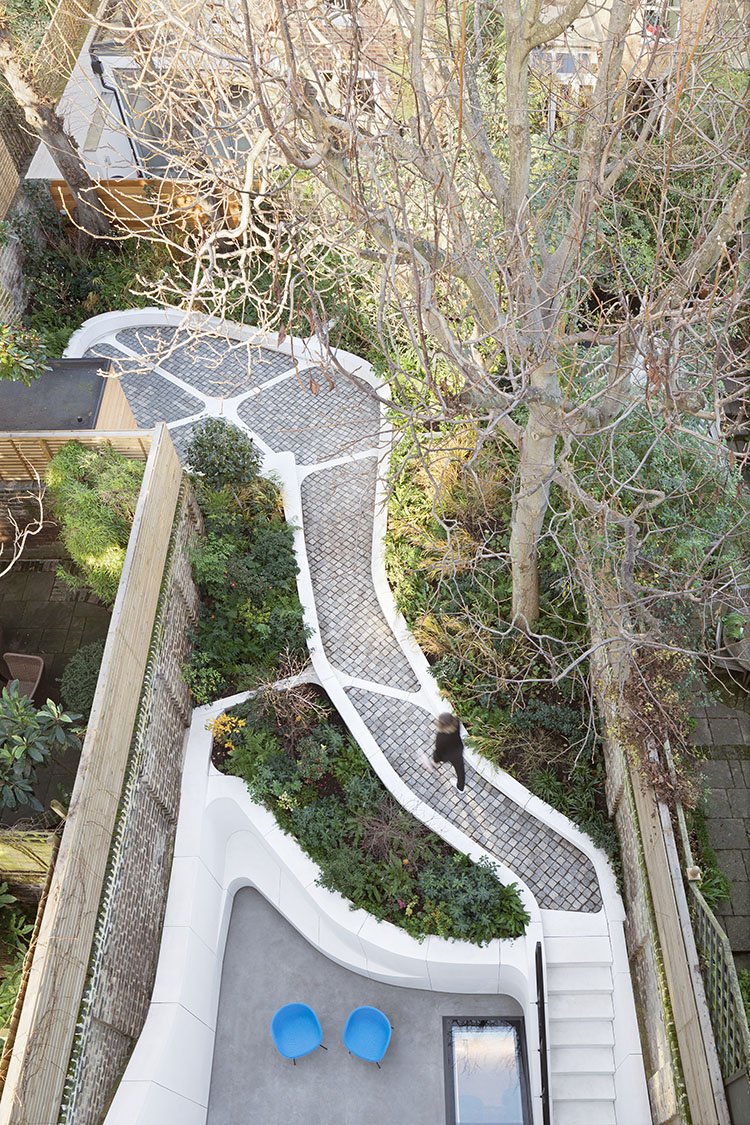 With their sculptural yet fluid treatment, the vertical perforations of the courtyard and the open staircase offer spectacular and unexpected visual connections within the house, pouring generous daylight deep into the dwelling. The result is a strong visual connection with the outdoors, with the sun casting ever-changing hues on the dwelling’s white-washed walls.