Design and architecture studio O.M. Shumelda has built a two-story apartment at the top of the city of Lviv, Ukraine, for a young creative man, who loves exploring the world, arts, and travel. The incredible panorama out of the window inspired the studio to create a light and open interior, combining the first and the second level to get 2 in 1 flat. 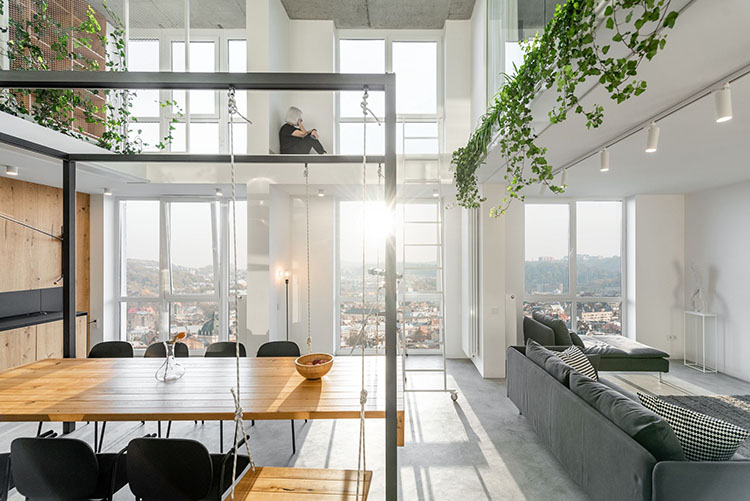 The main element of the apartment is a table made of the metal frame painted into black. O.M. Shumelda task was to create a comfortable, spacious, inspired space with a relaxing atmosphere. To make space bigger, the design team increased the overlap of the second floor softly illuminated by the second row of windows that open view of Lviv panorama. 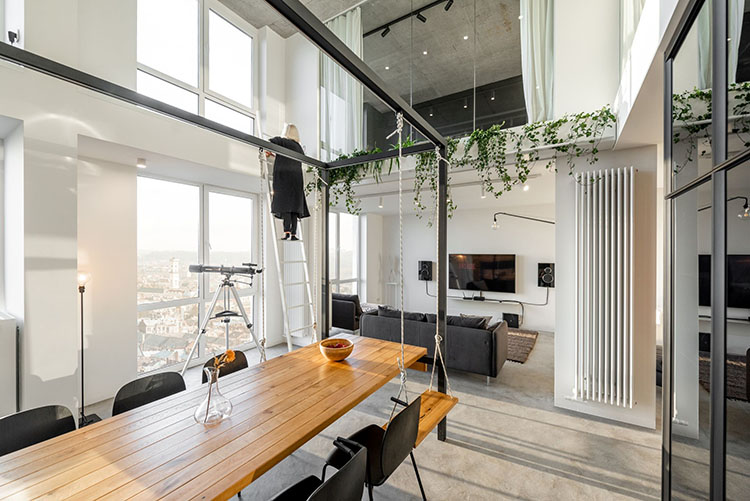 On the first level, there is a common space with kitchen, dining and living room, WC. All features are hidden and strategically distributed across space. The frame metal table is the focal point of the interior as it can be viewed from all the main premises of the apartment.

The second floor is divided into three zones master bedroom with views of our city’s majestic skyline; half-open bathroom with hammock; and around the perimeter –  lounge zone with a library. The flat is characterized by a monochromatic palette, white stairs, glass partitions and lots of greenery, all of which unite and organize the entire space. 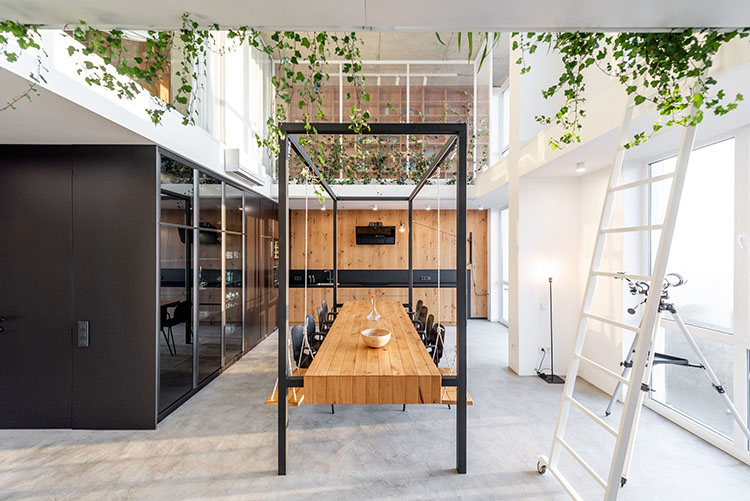 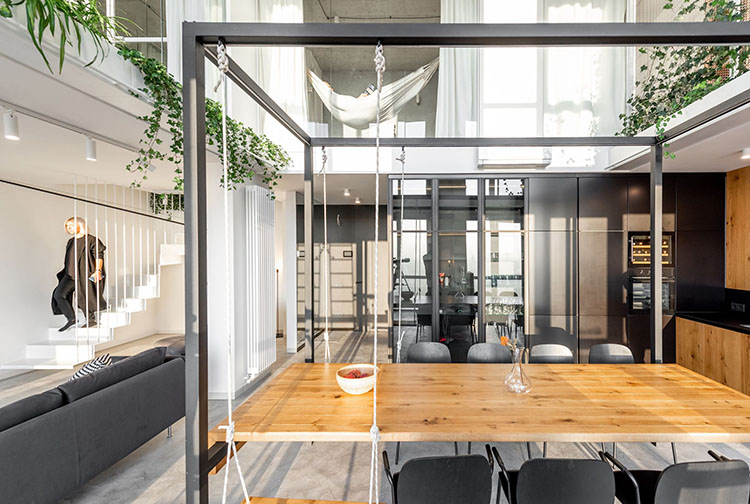 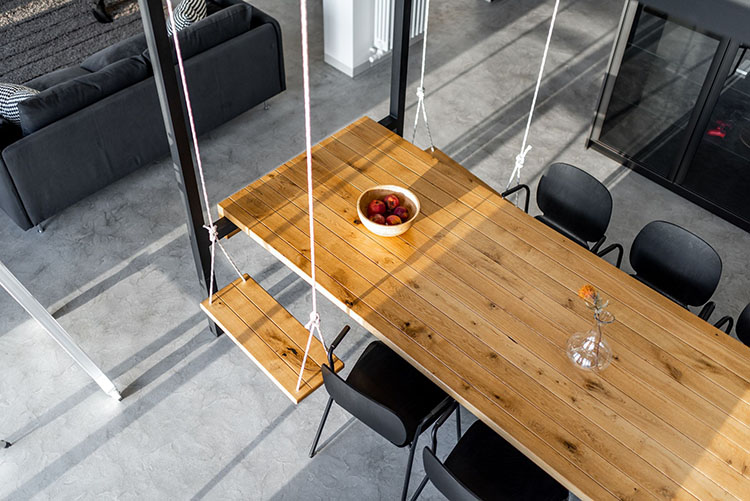 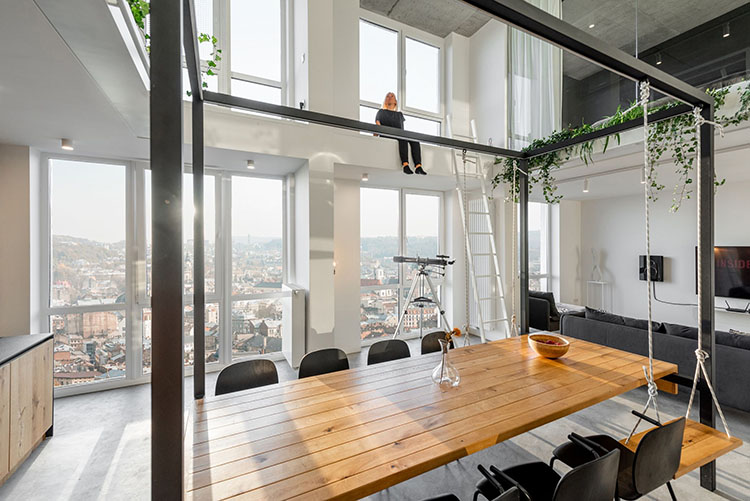 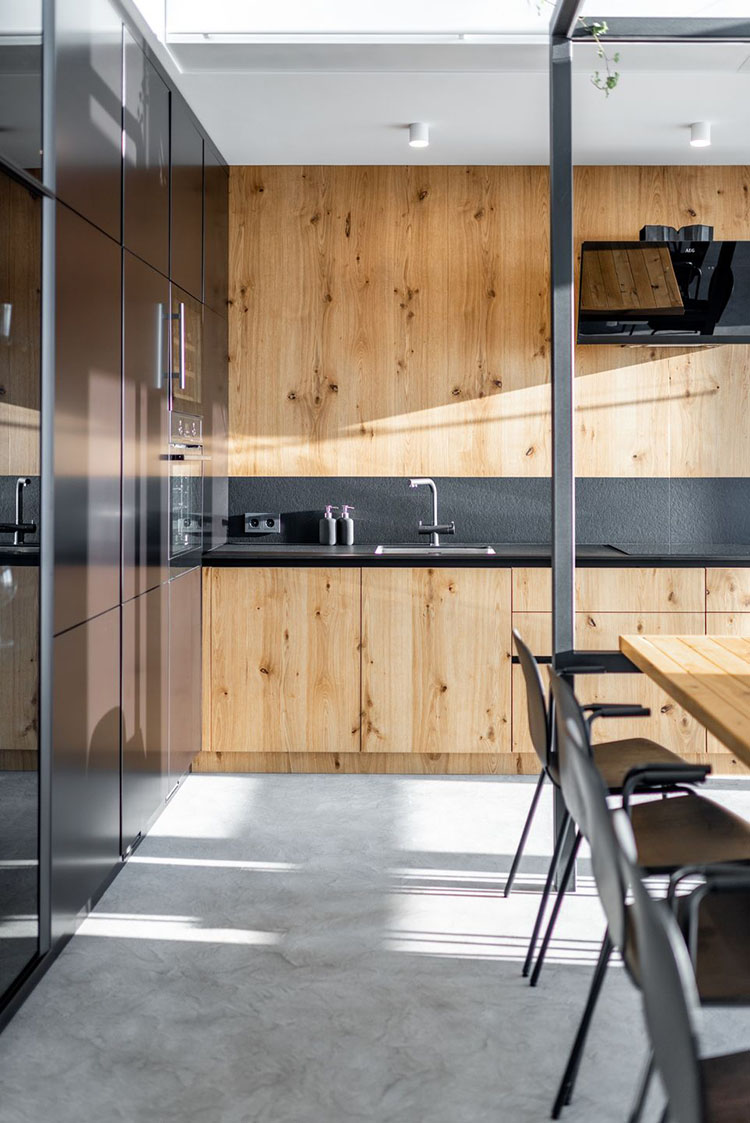 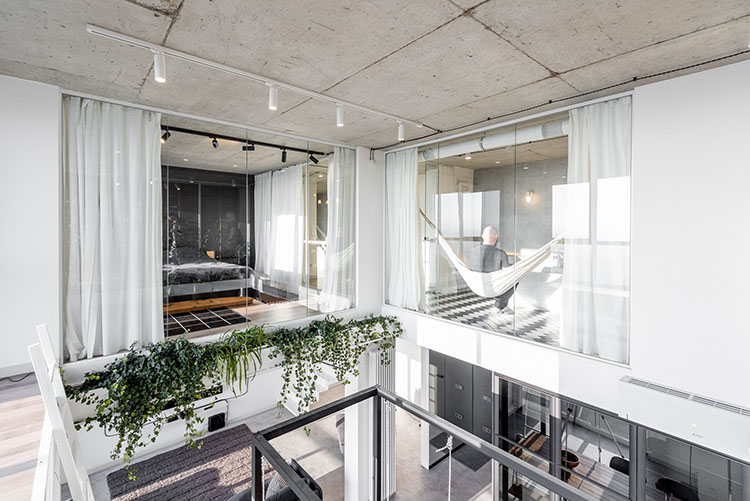 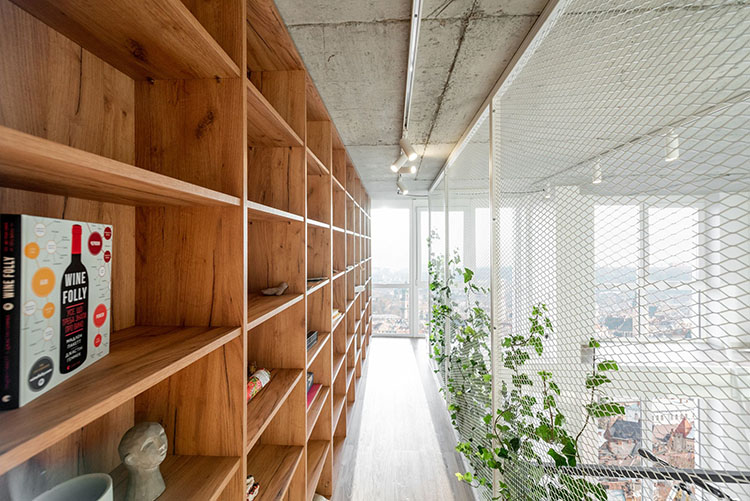 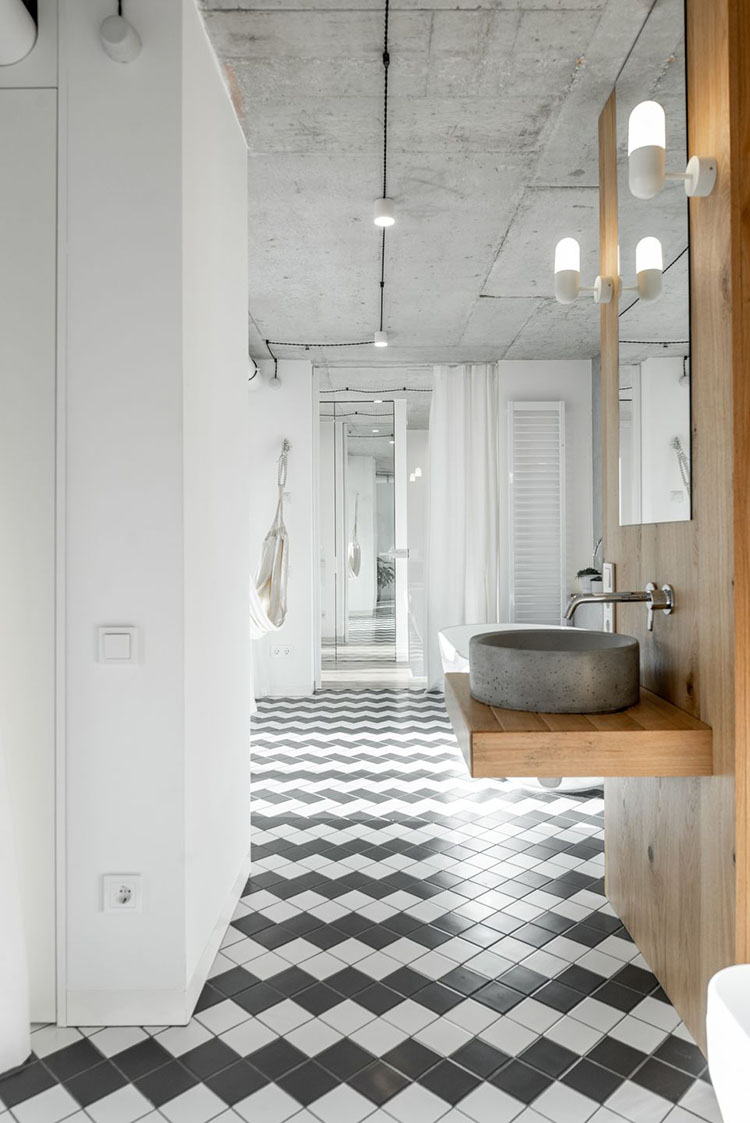 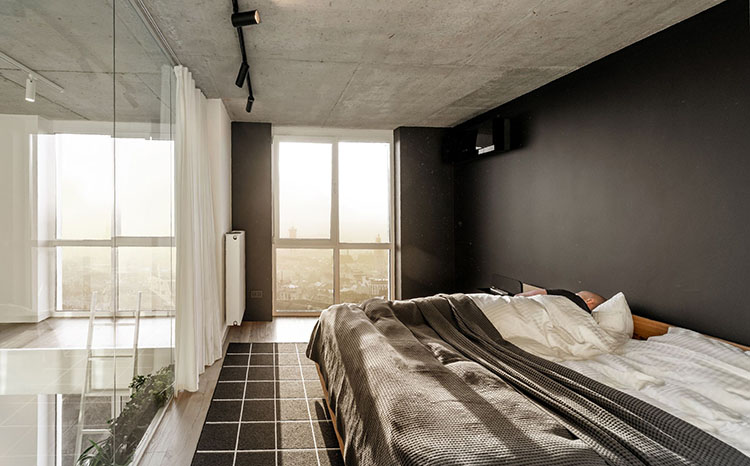 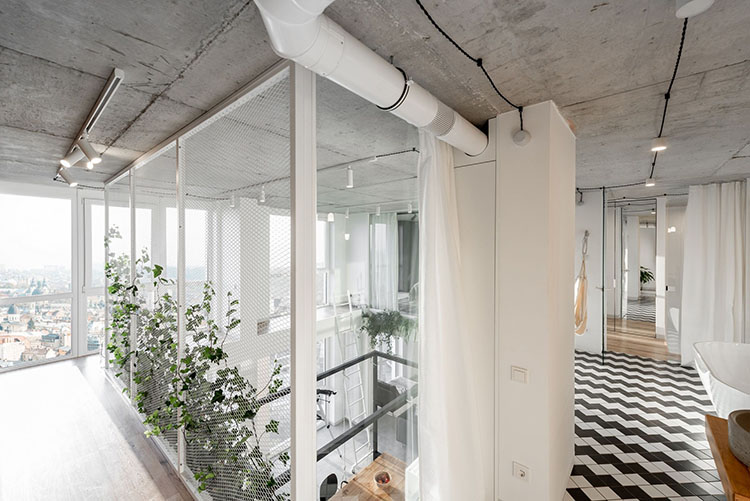 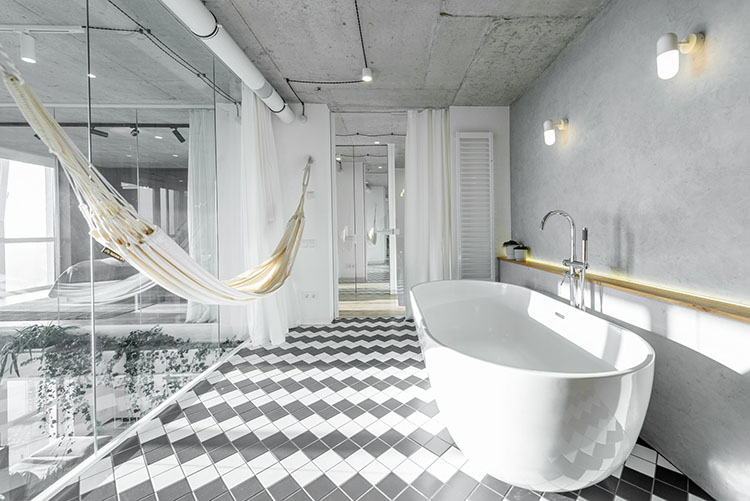