Local practice CoDA Arquitetos was commissioned to transform an apartment in Brasília, Brazil, for a young couple into a more cozy and functional space. Despite the large offer of apartments in Brasilia, few of them offer versatile plans adapted to a contemporary way of living.

The couple’s demands included a desire to expand their family in the future and to have a more stylish apartment. Among the favorite activities was the taste for cooking and receiving friends. From the beginning, the idea was to divide the space into two clear areas, the social, as integrated as possible, and the intimate, with the couple’s suite, the baby’s room and an office, occasionally transformed into a guest room. 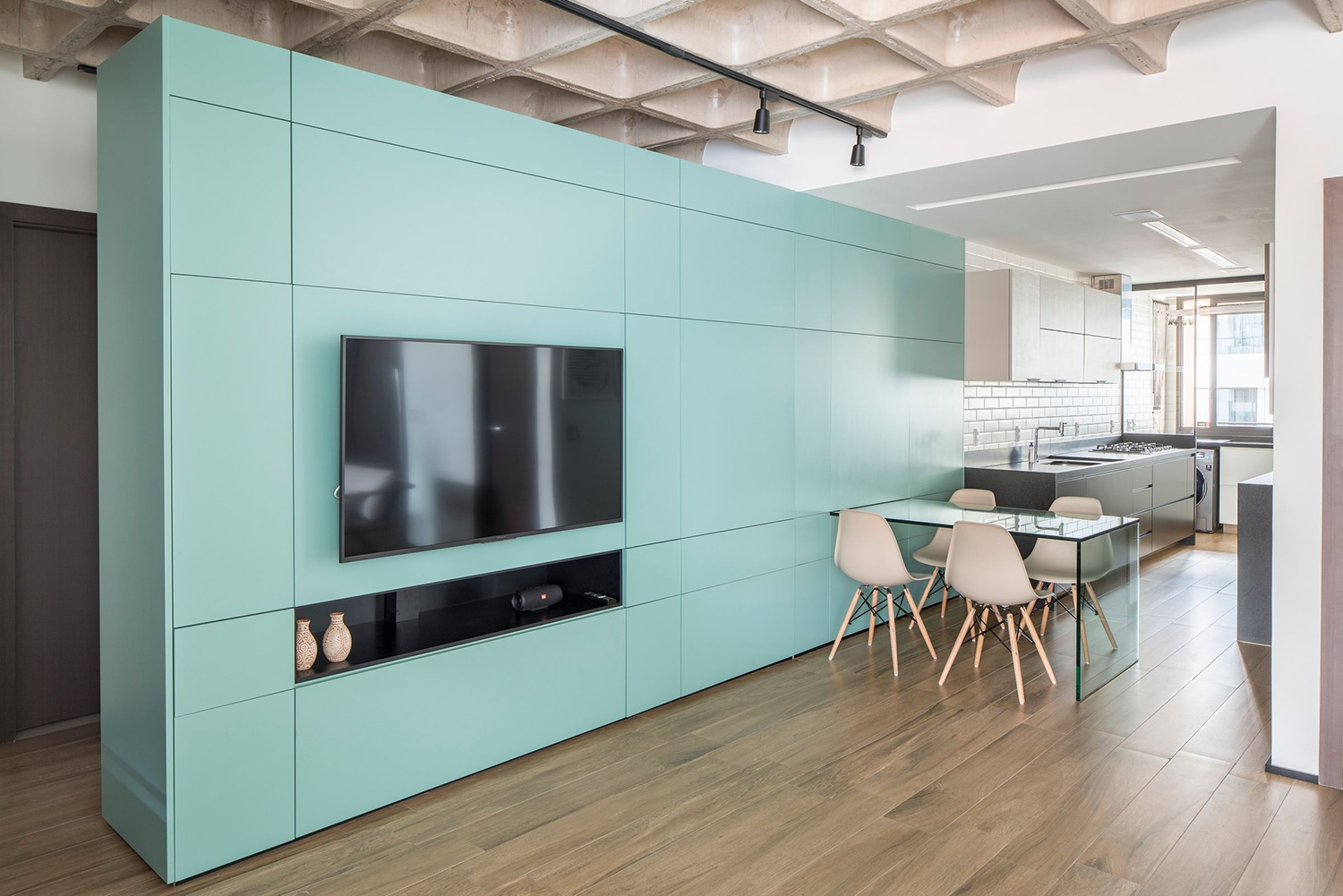 The living room originally had an L-shaped floor plan, but the couple wanted to have a gourmet kitchen and a large balcony. Instead of reducing the balcony, the design team opted to enlarge it by reducing one of the bedrooms, creating the gourmet space for the couple to receive their friends. The living room was transformed into a rectangular floor space and integrated with all other social areas of the apartment. Organized in a linear and continuous manner, the kitchen remains visually reserved for those entering the social space, but easily reachable for any need. 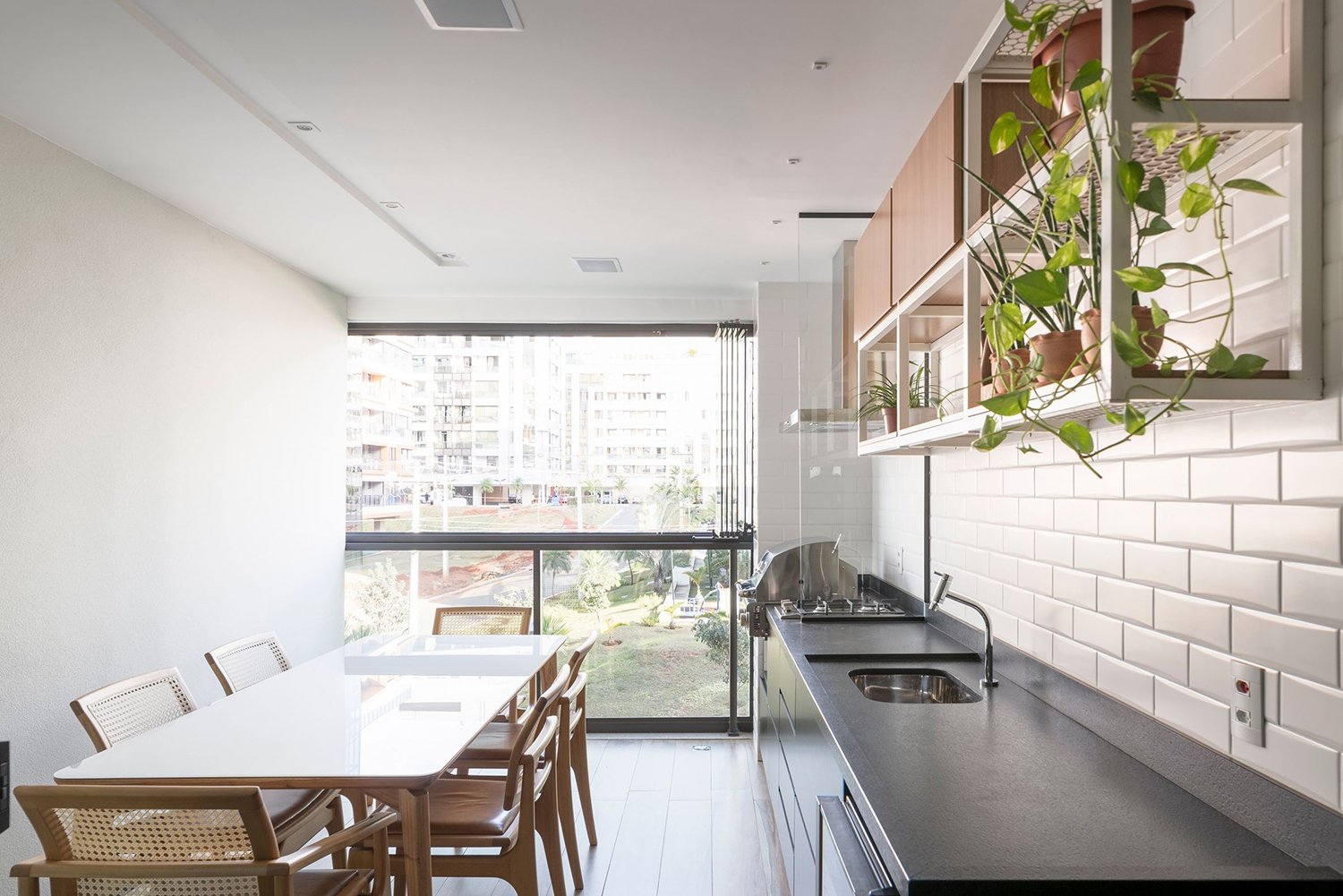 To adapt the spaces to the demands of the couple, the solution chosen was the creation of a multifunctional cabinet. This furniture serves three spaces of the house: the hallway to access the bedrooms, where works as a wardrobe; the living room, framing the tv and hiding other equipment; and the kitchen with the fixing of the dining table and a niche for the bar.

Another important aesthetic decision was to reveal, by removing the plaster ceiling, the existing waffle slab. The structure was properly treated and gained even more prominence with the greenish tone of the cabinet. CoDa also chose to use softer textures and colors on other surfaces to maintain the brightness and comfort inside the apartment. 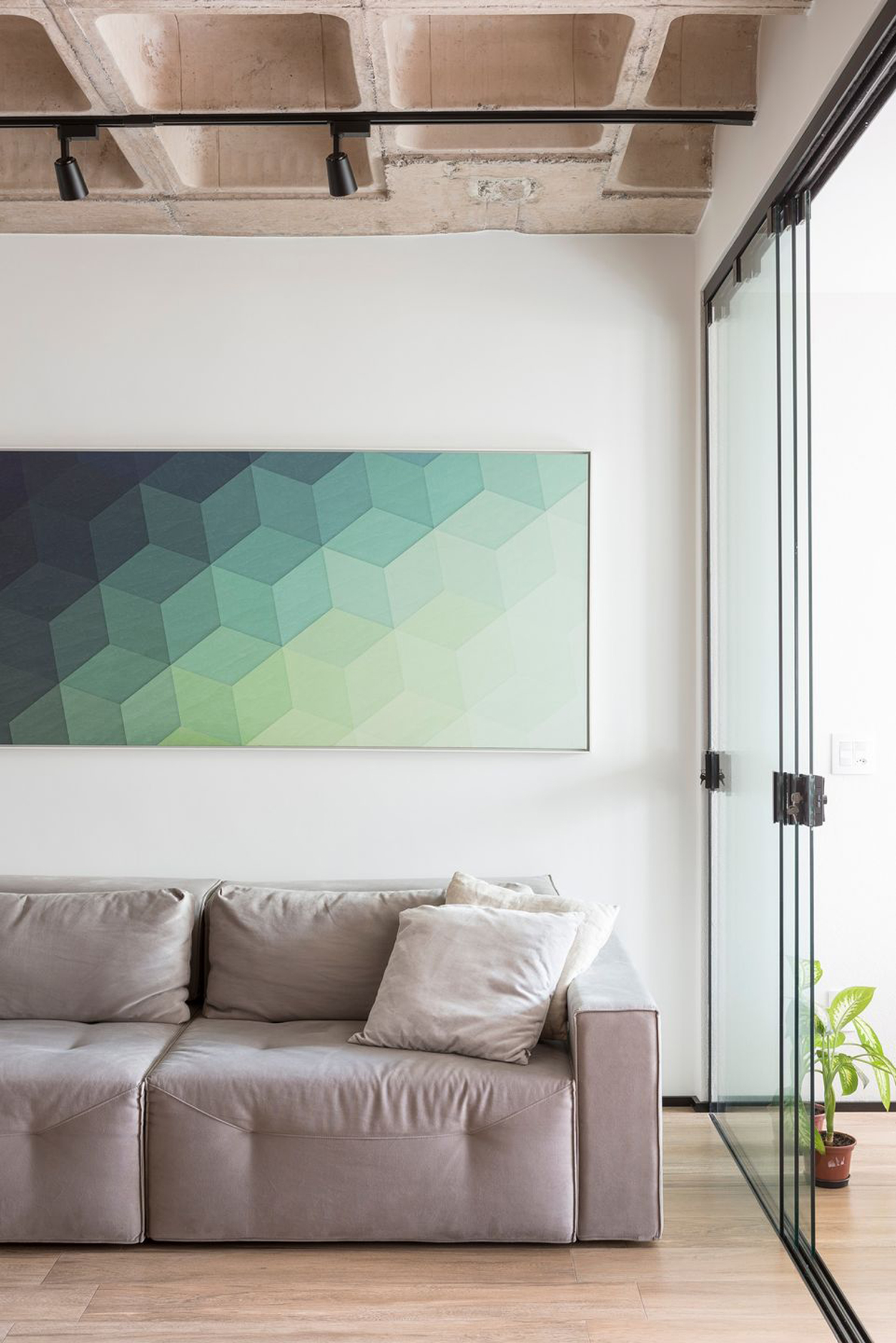 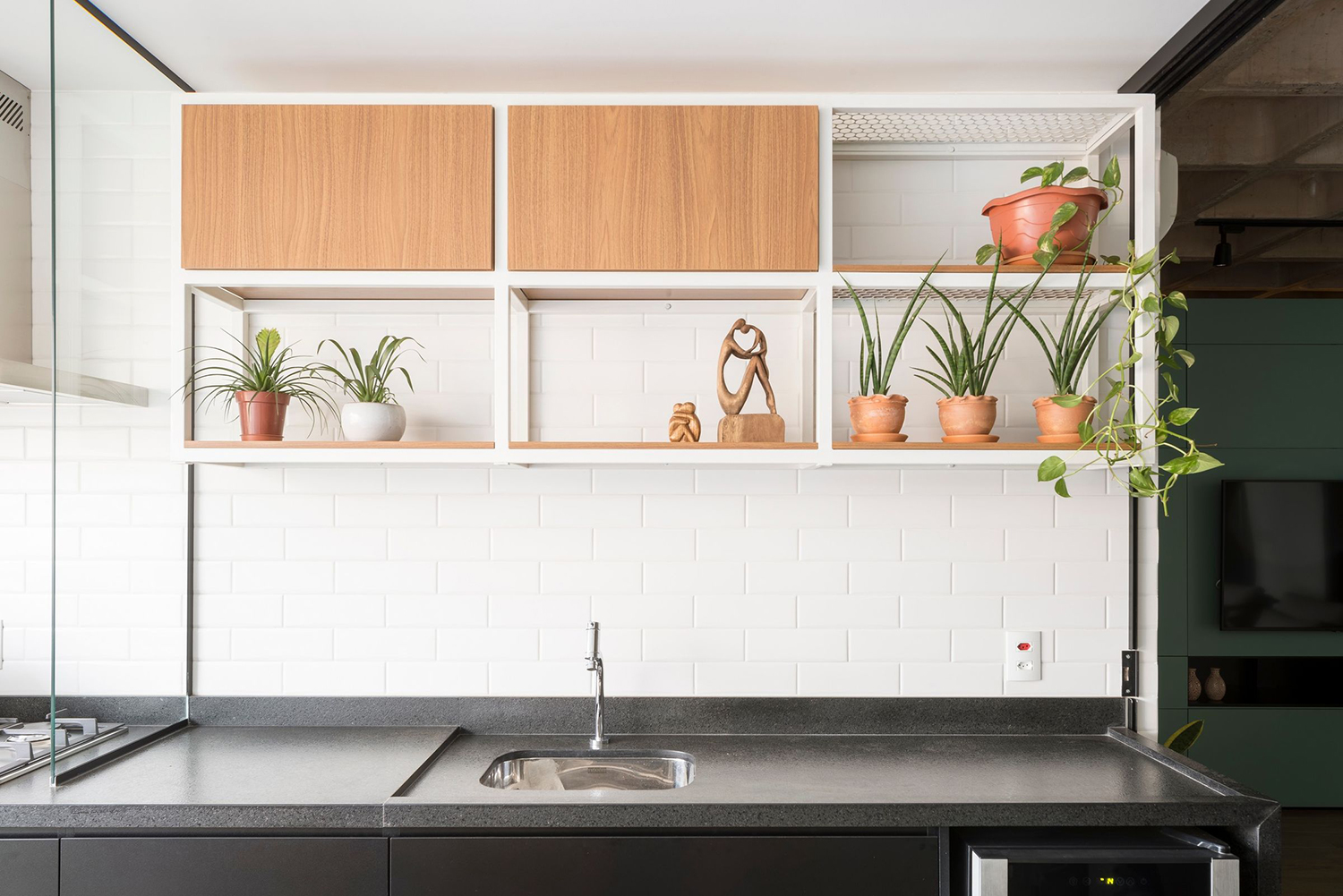 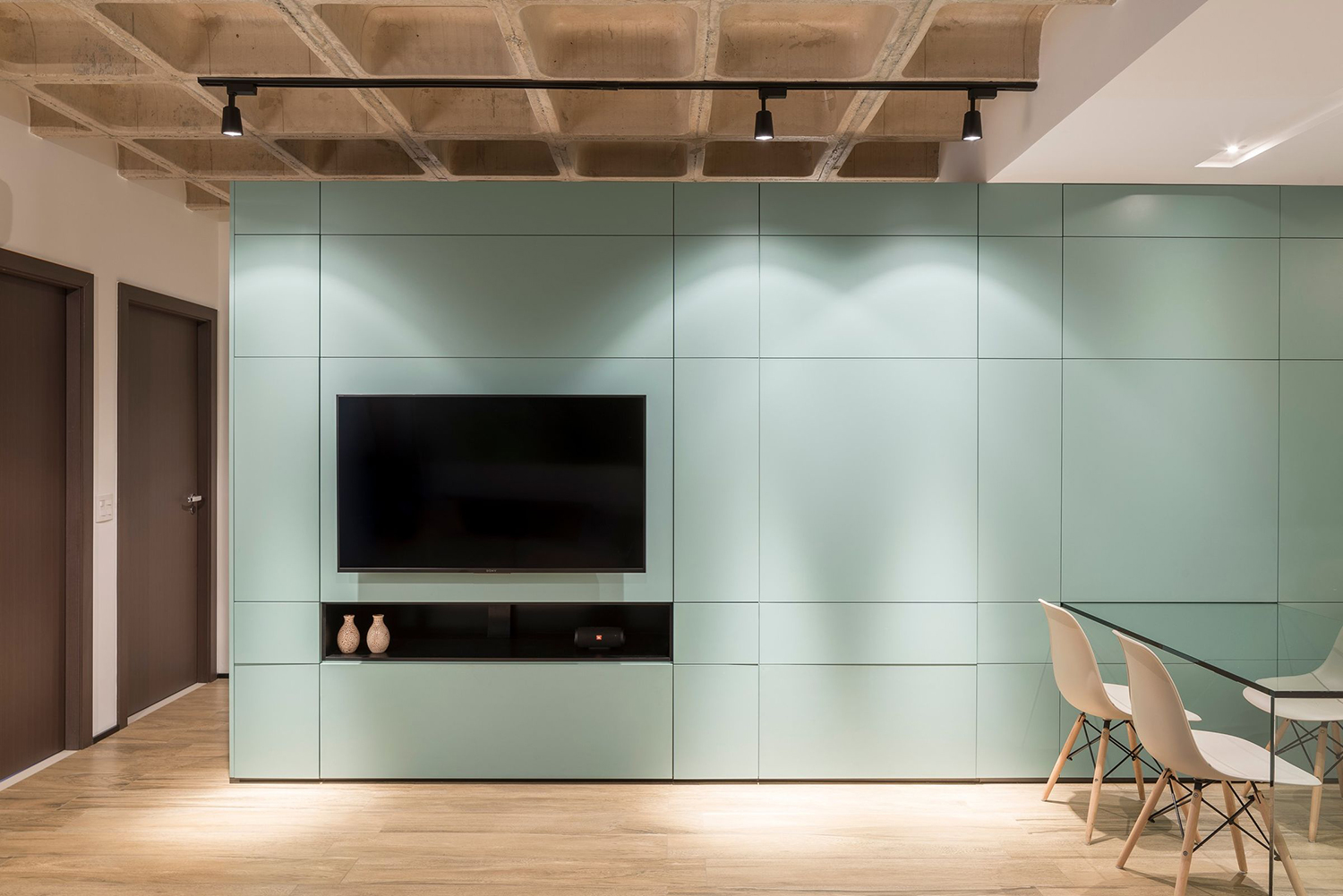 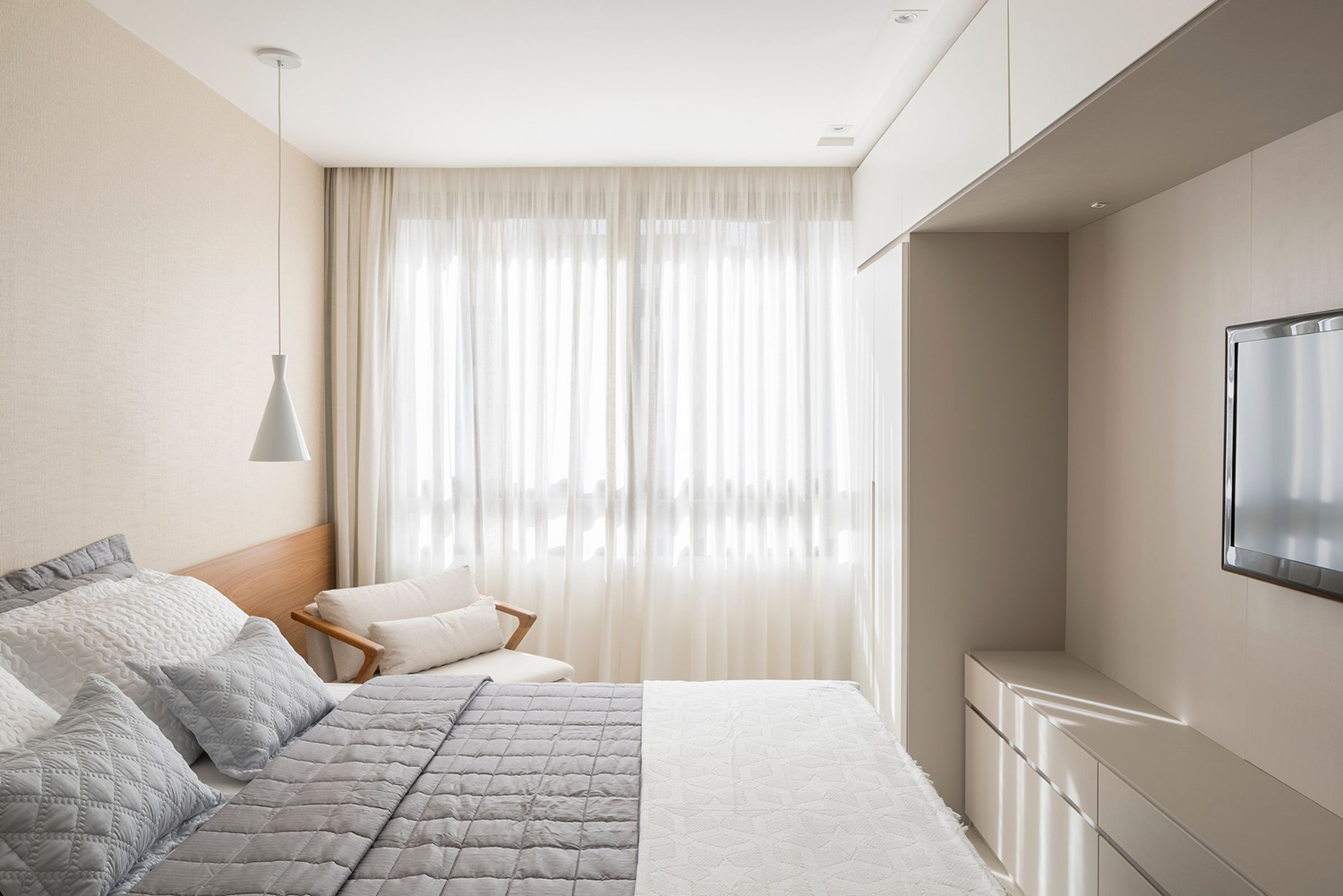