Japanese studio FujiwaraMuro Architects has built a house for a couple with one child in the Japanese port city of Takamatsu, comprising a reinforced concrete structure with simple finishes. The studio developed House in Takamatsu based on the client’s request for a building that occupies as much of the lot as possible, ensures privacy, has a built-in garage to showcase their car, and focuses on simple finishes rather than textured interiors featuring wood and other materials. 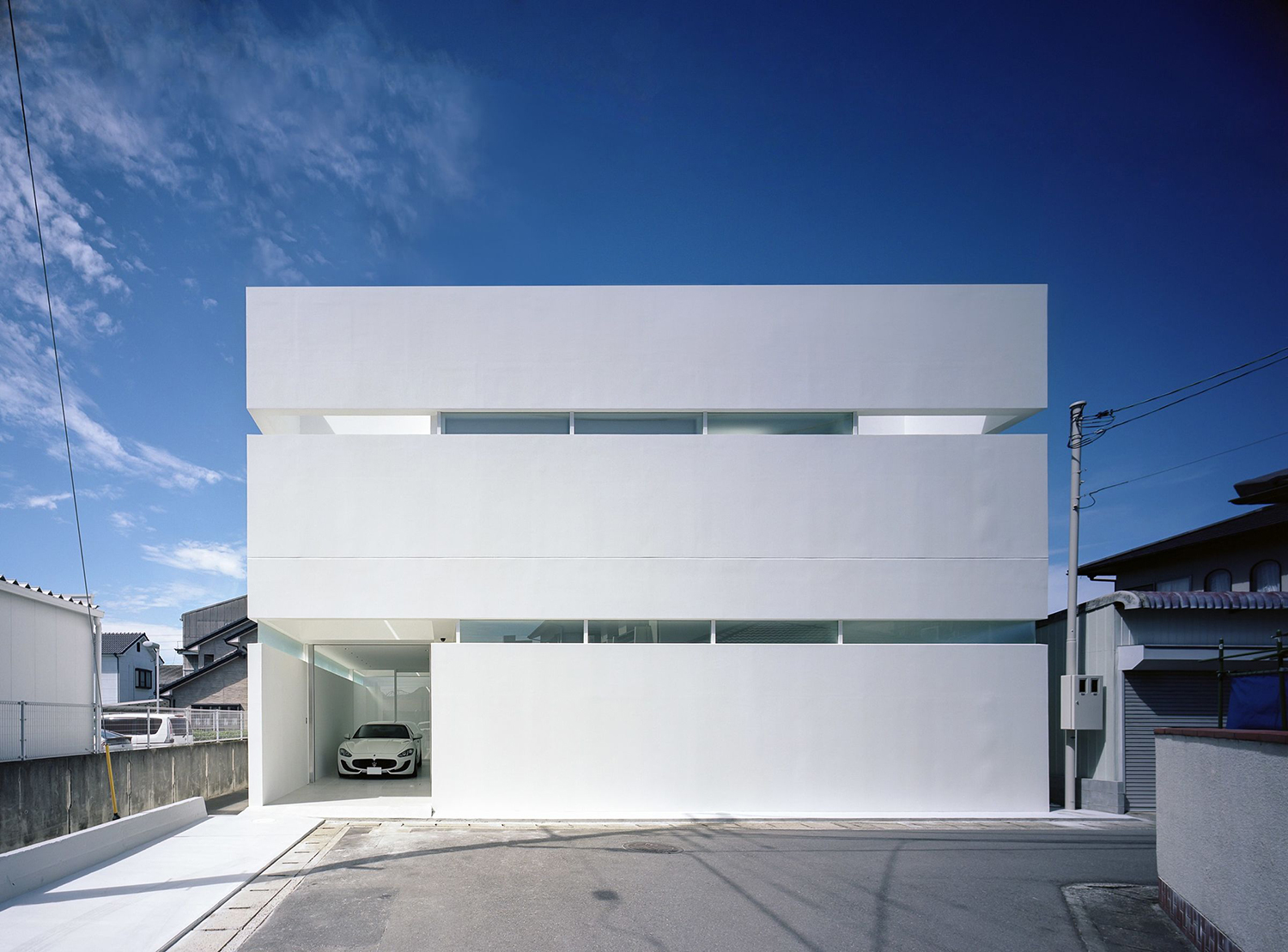 The building is composed of four exterior walls that fully enclose the property, with a void located inside each of the four corners as well as another in the center of the building. These five voids bring uniform light to the interior spaces, giving the living-dining-kitchen area a spacious, bright atmosphere despite its location on the first floor. The four corner voids incorporate the exterior environment into the building while maintaining privacy, creating an open-feeling space with strong connections to the outside world. 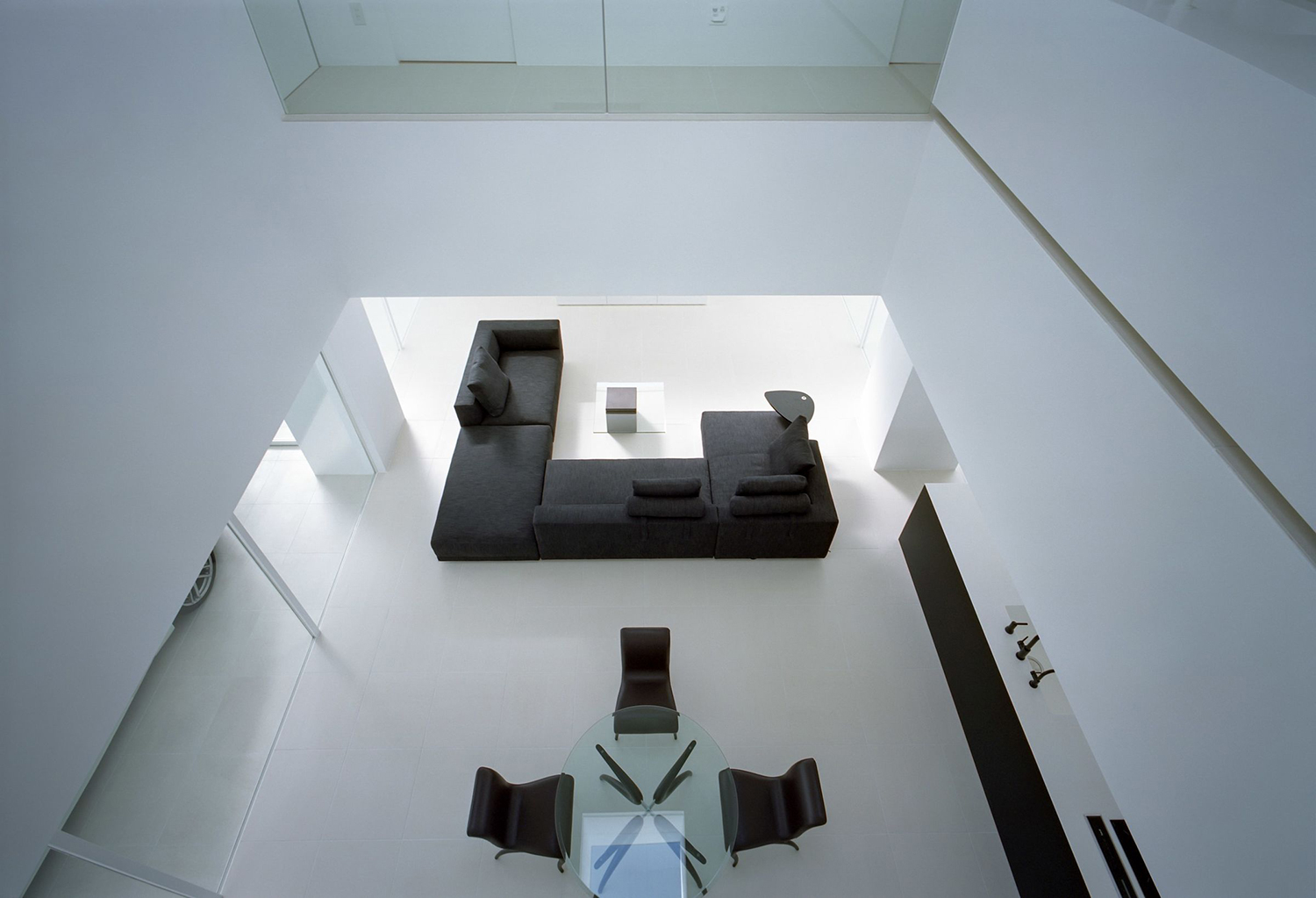 To keep the interior spaces simple, the design team used just four structural pillars. The first and second story floors and walls, as well as the roof, are supported by cantilevers that extend horizontally from these columns. Thanks to this arrangement, the exterior walls do not need to support the second floor or roof, which made possible the inclusion of long, thin slit windows that admit light from 360 degrees. This allows lines of sight to extend outside the building without compromising privacy. 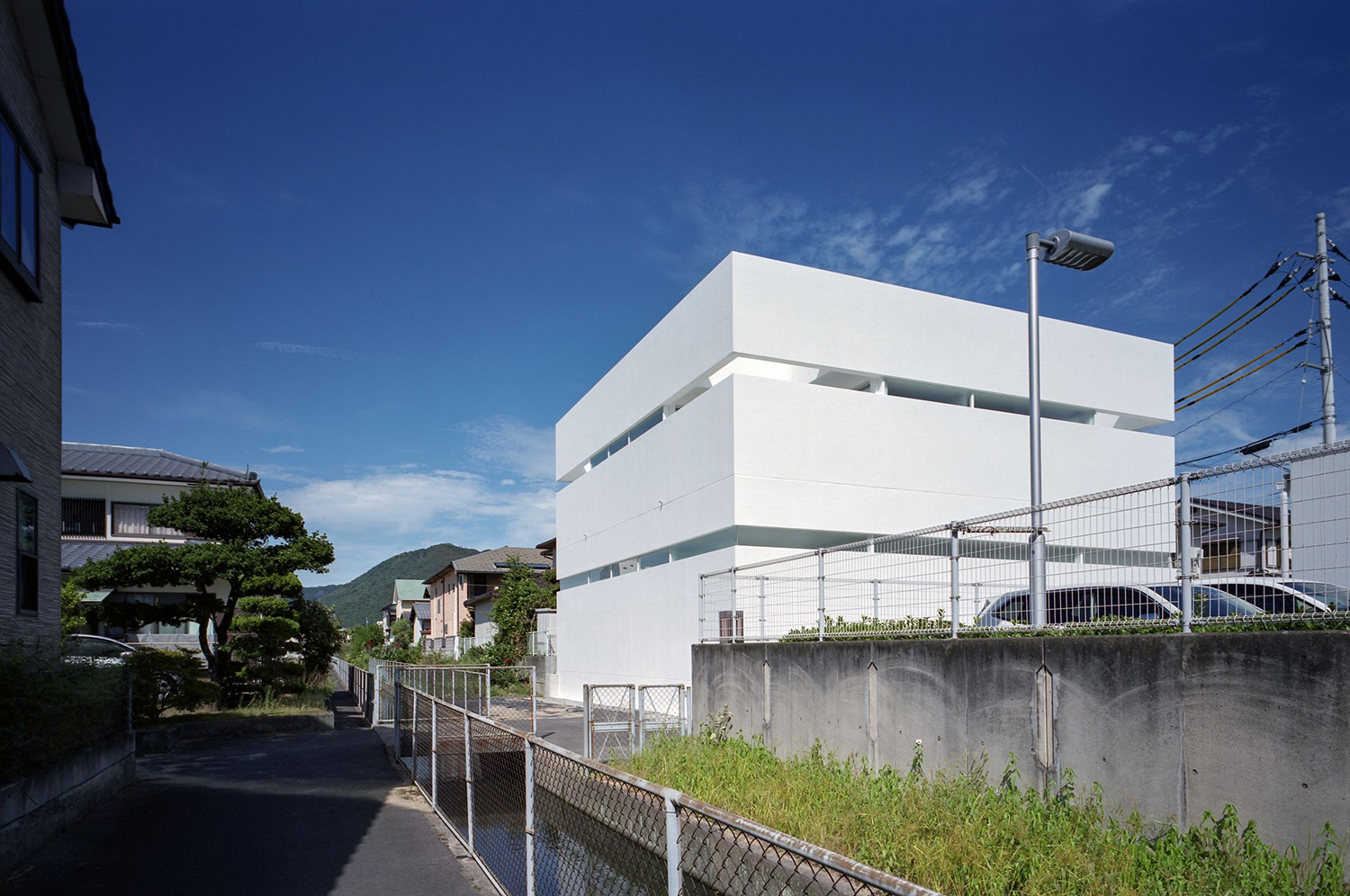 The design also resulted in significant savings in the construction budget. The ground under the building is fairly soft and would have required extensive soil stabilization if an ordinary mat foundation were used. With this design, however, piles were required only under the four posts, reducing the soil stabilization budget to one-quarter of what it would have been for a mat foundation. 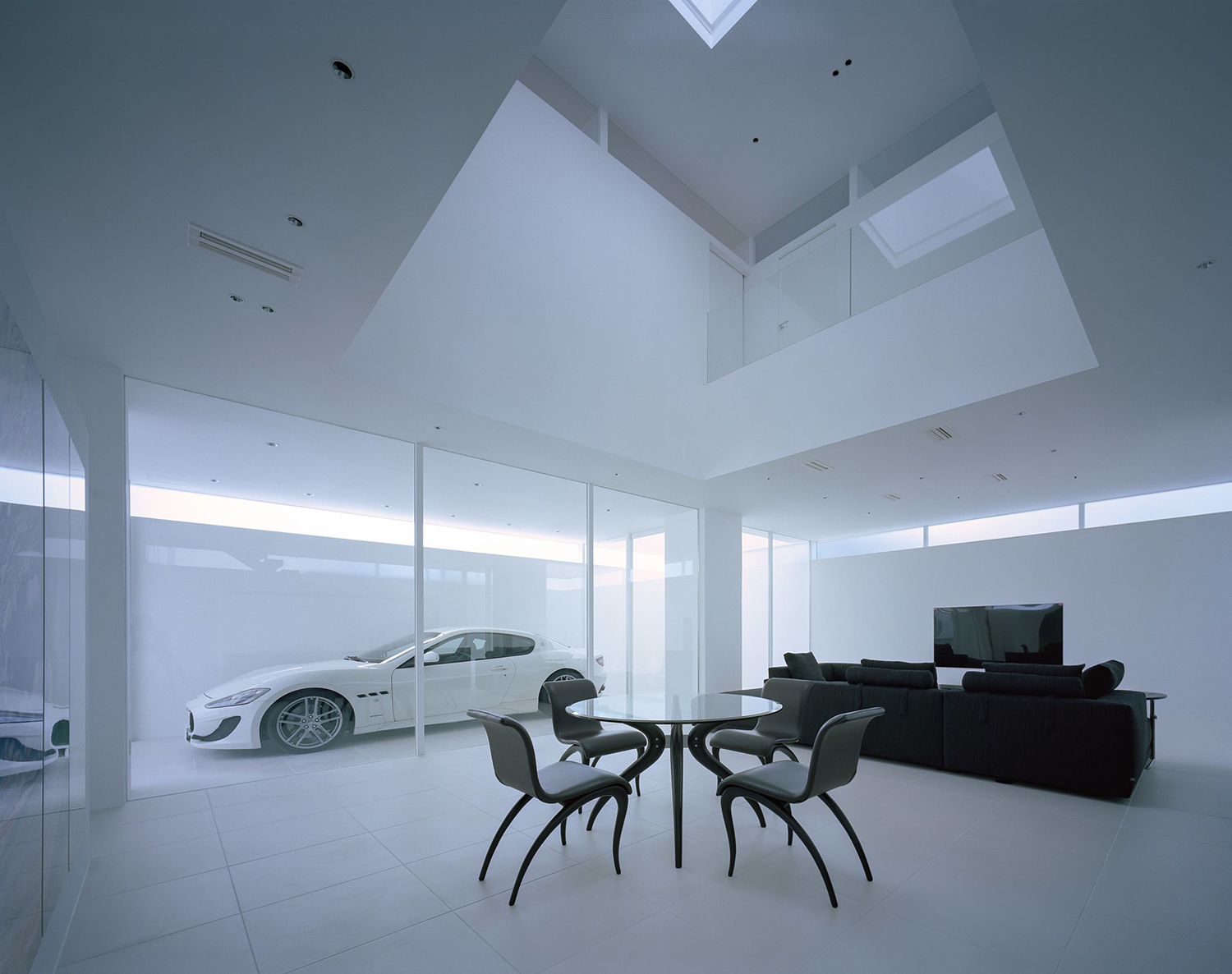 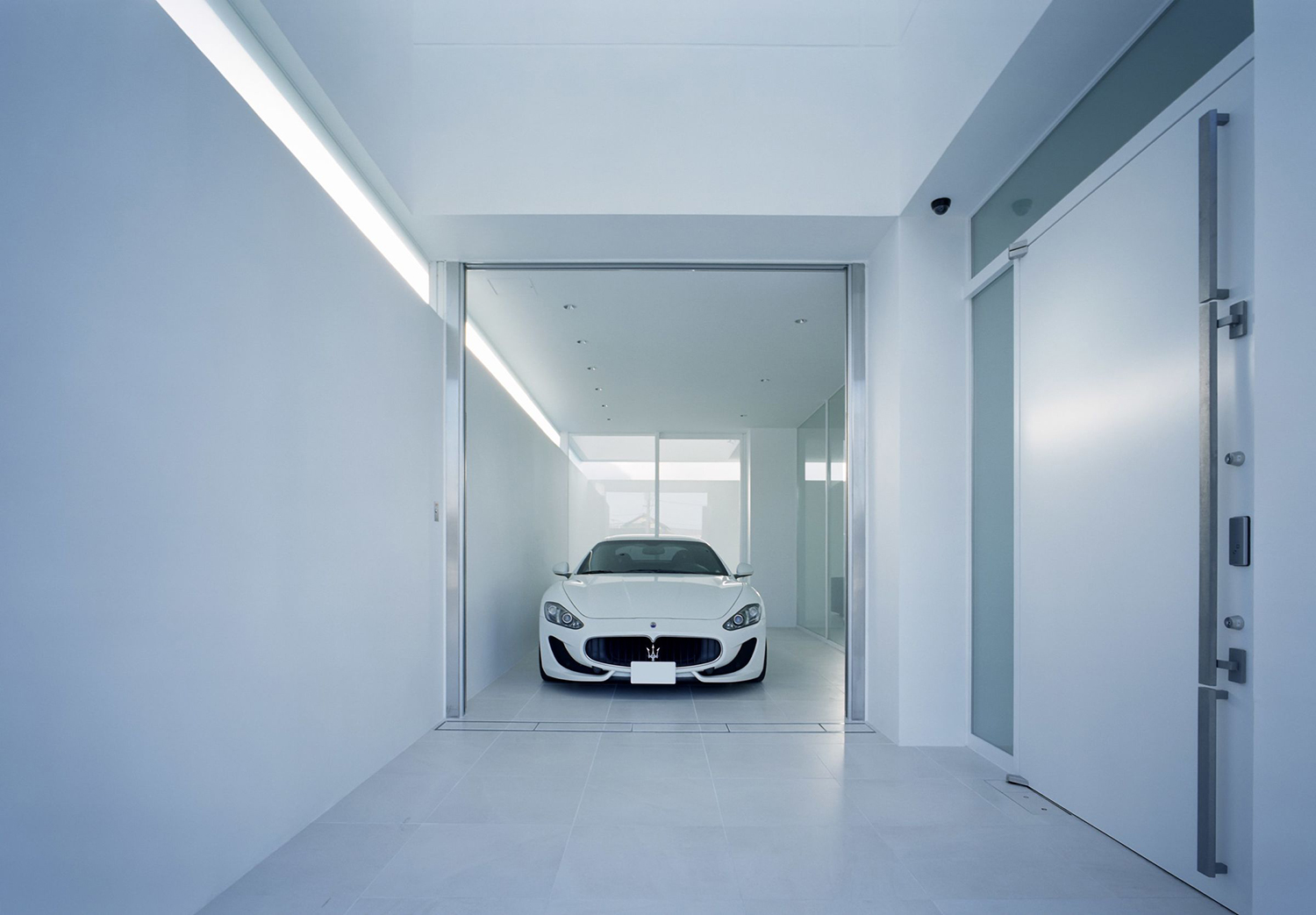 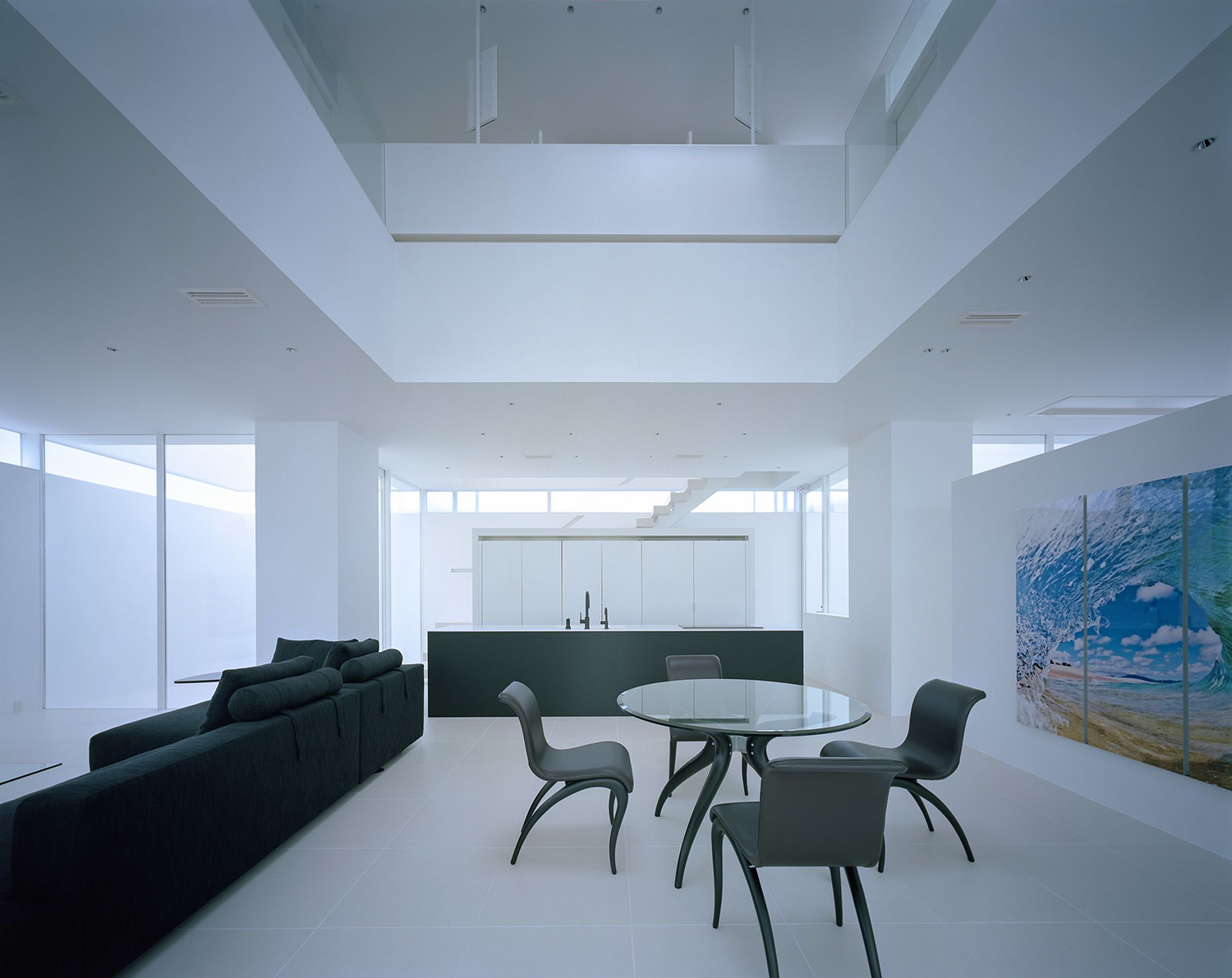 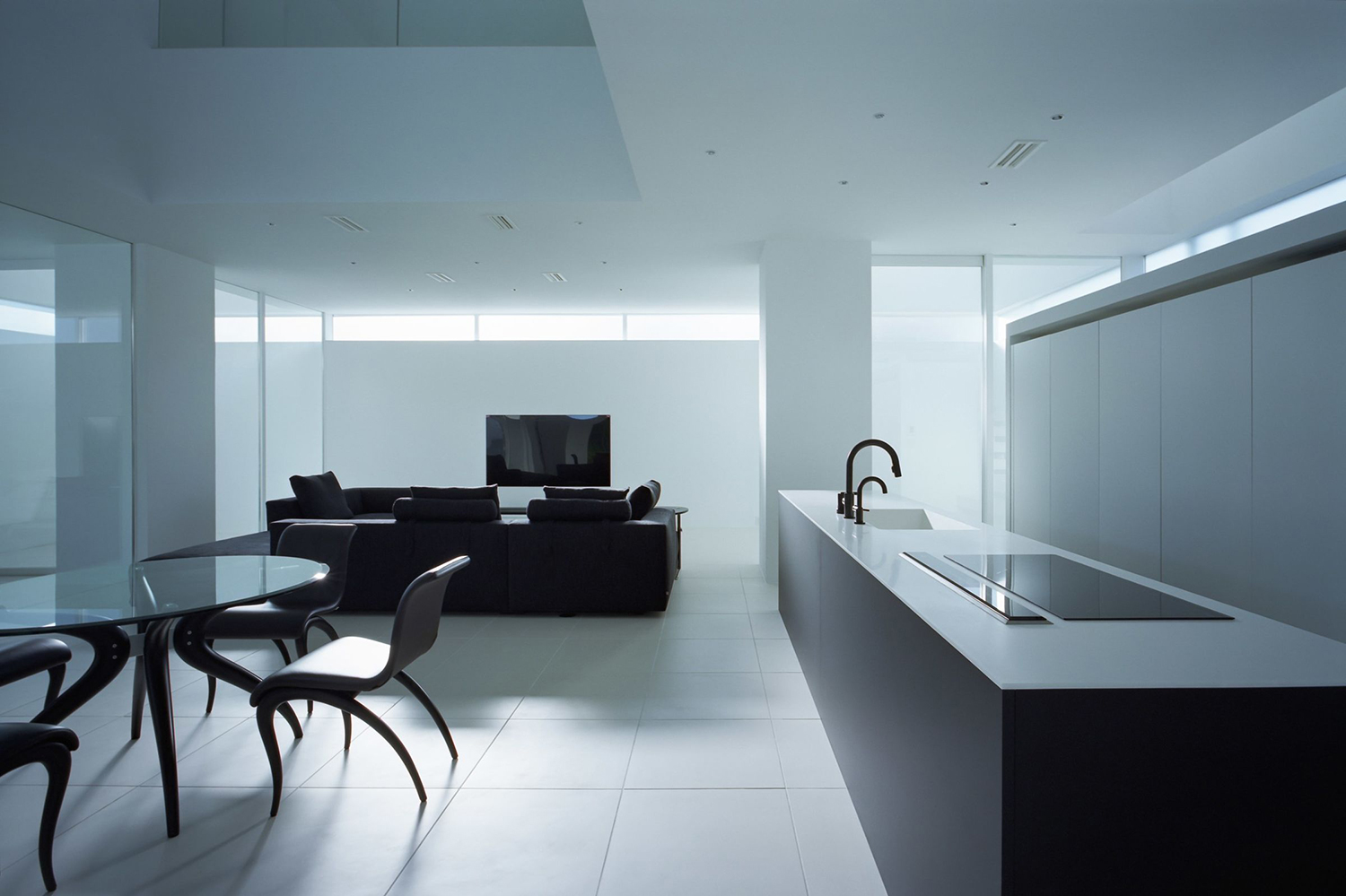 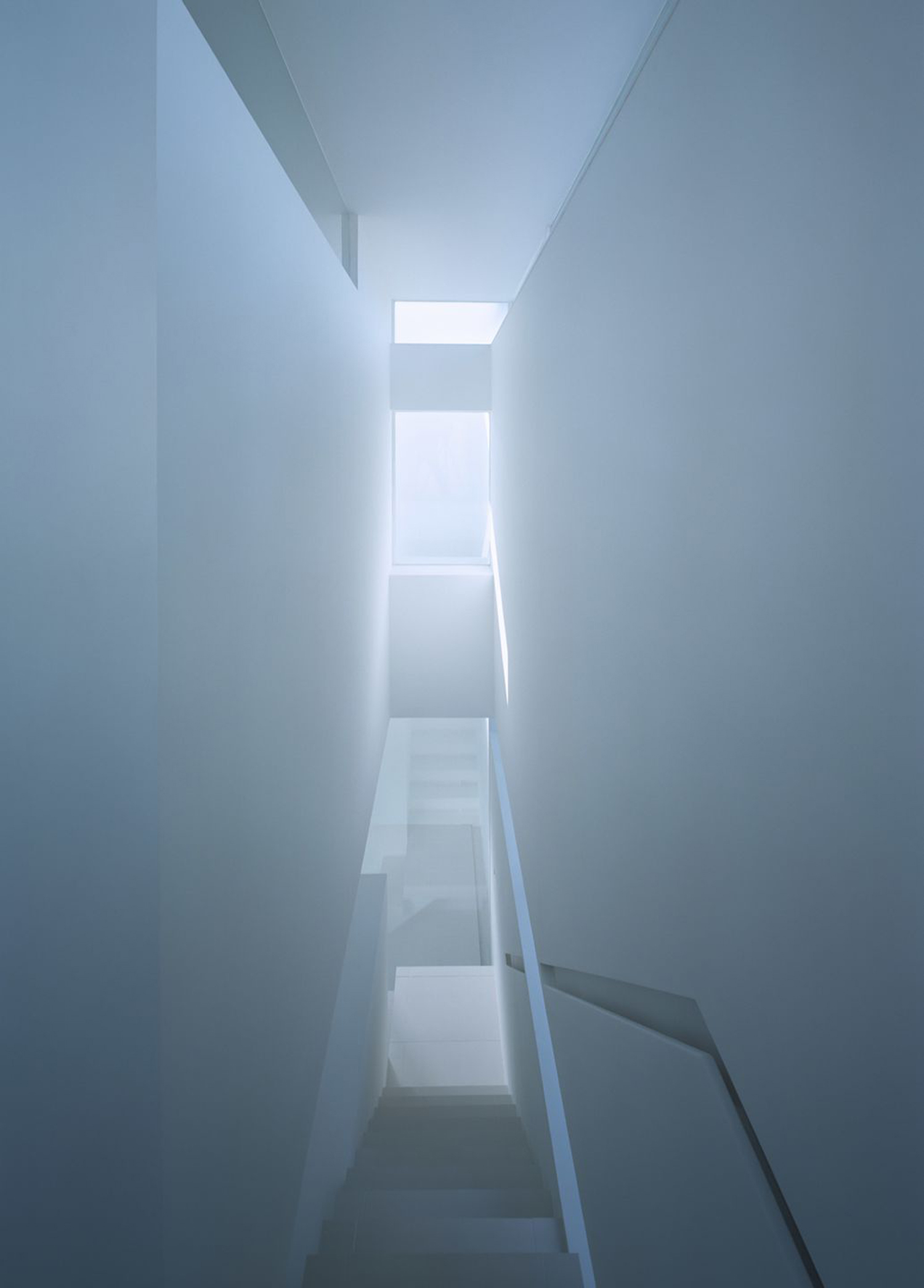 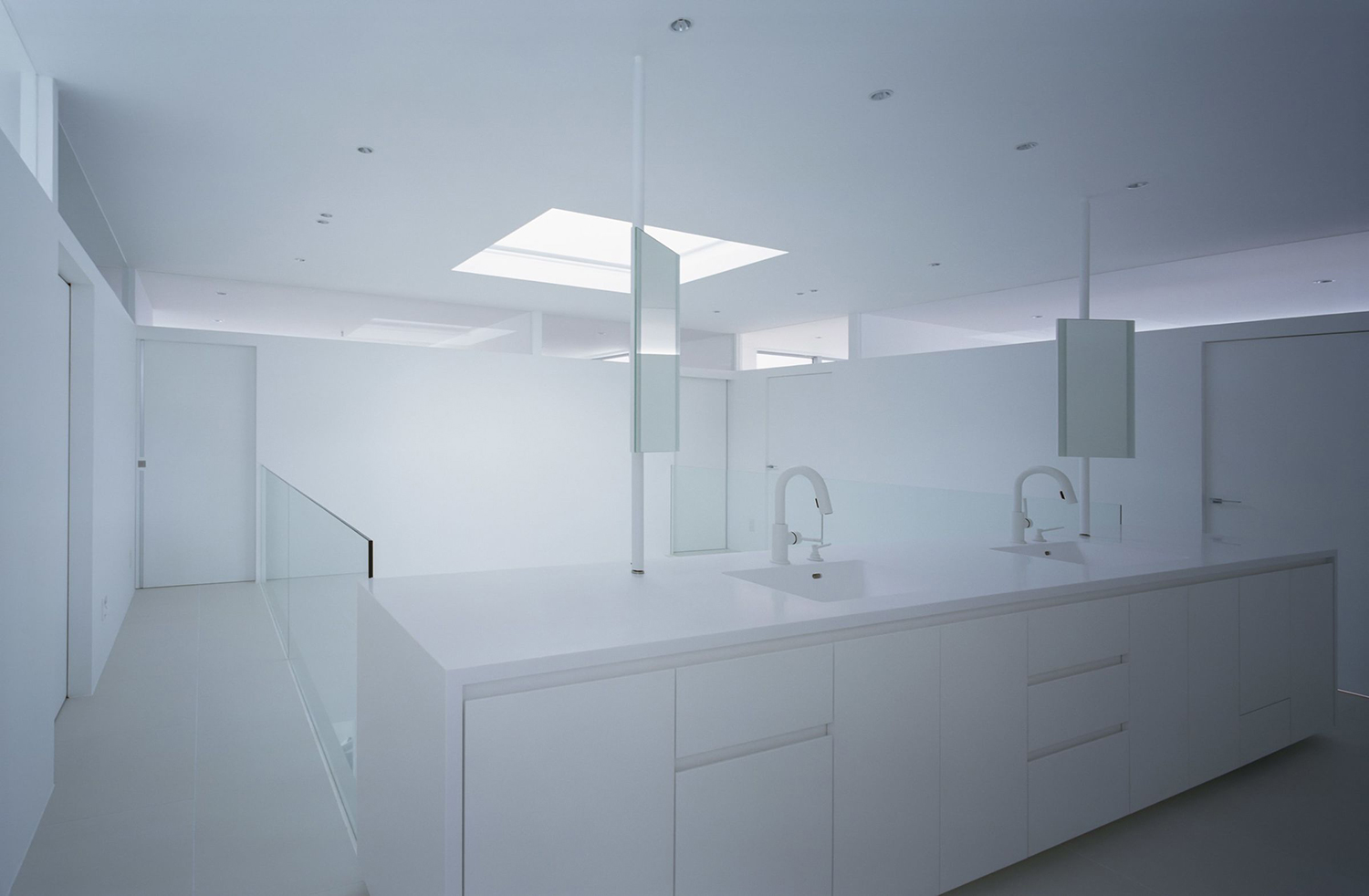 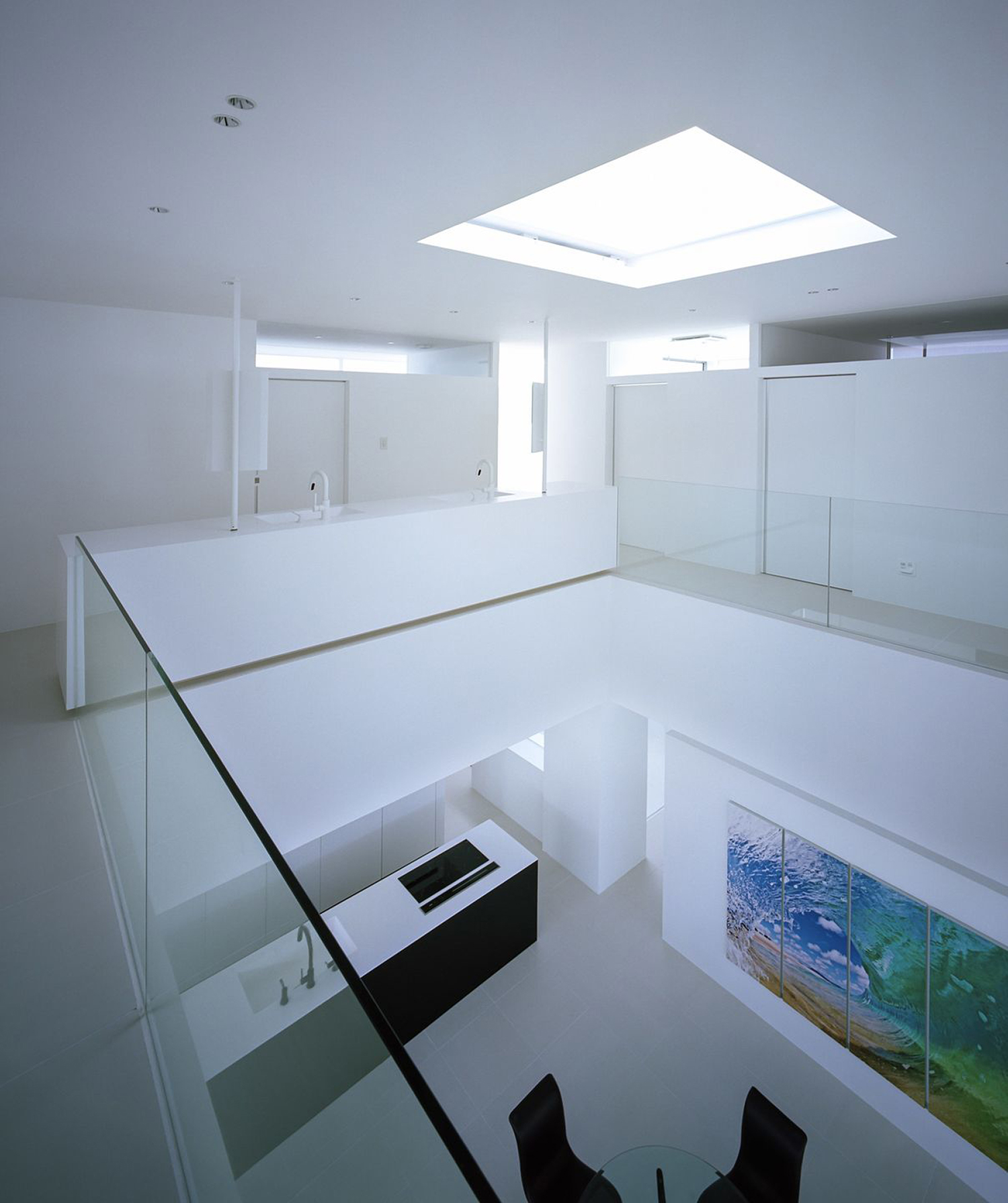