Spanish architecture firm Ramón Esteve Estudio has completed Madrigal House in the municipality of Valencia, Spain. The development of the project was based on a set of program-containing boxes and sunlight-capturing courtyards, sewn together between two horizontal platforms that enclose the space.

In order to highlight these elements, the floor has been rise 30 cm from the ground level. This pavement and the white concrete roof, which hold the boxes where the different rooms are settled, enhance the sensation of horizontality.

“The house is confined within stone walls as an enclosure, thus generating an intimate space where you can build a universe of your own,” says Ramón Esteve. 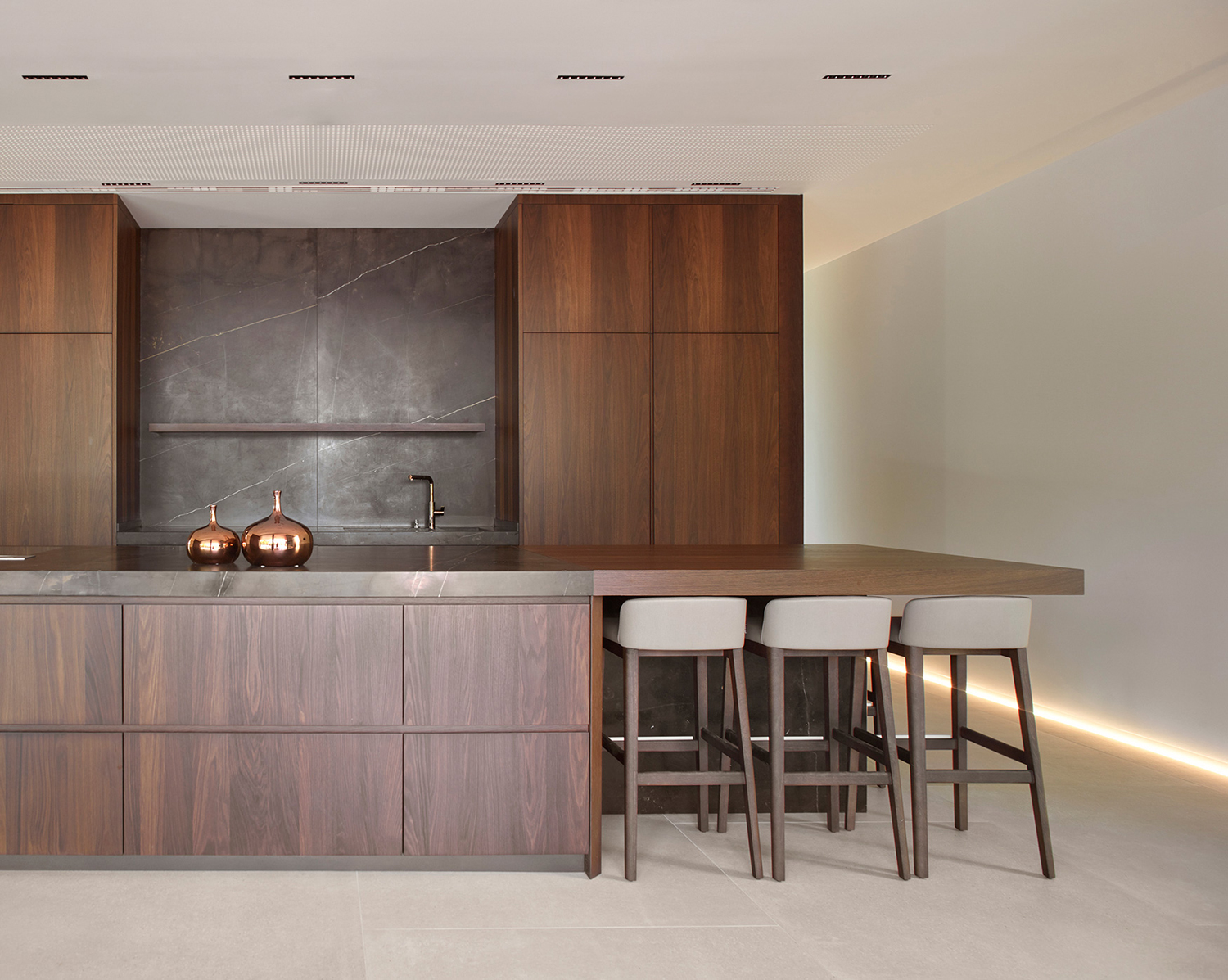 The arrangement of the boxes between the concrete slabs generates in-between spaces that sew the volumes and host the common areas of the dwelling. These interior spaces, which are extended outside, point to framed sights of the garden that surrounds the house and allow crossed views between different points.

The volumes under the slab are presented as containers of the more private rooms and are noticed due to their different heights.

The setting back of the volumes has been mirrored in the design of the swimming pool, a shattered rectangle that recalls the horizontal set and horizontal composition introducing these elements. 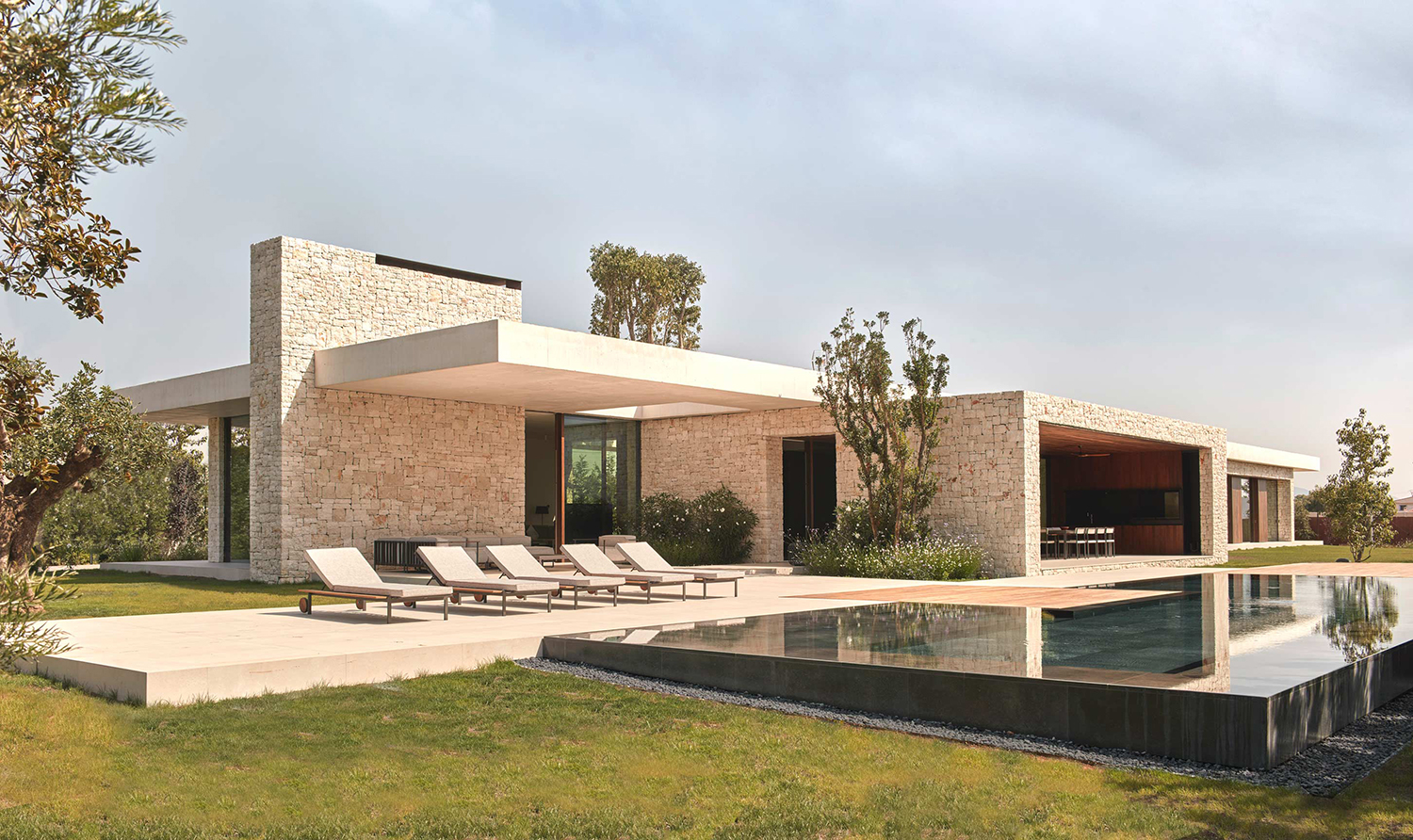 Materials are displayed in its raw form, by using wood, natural stone and concrete. The boxes that contain the rooms are made of stone masonry, thus standing out from the rest of the building because of their material. The access of sunlight into the dwelling is filtered by the presence of wooden shutters. The horizontal slab that supports the boxes displays exposed white concrete in its natural state.

There is an interplay with natural light by controlling its indirect access to each room. The spaces created between the volumes and the openings on the slab create a contrast between light and shadow throughout the building. 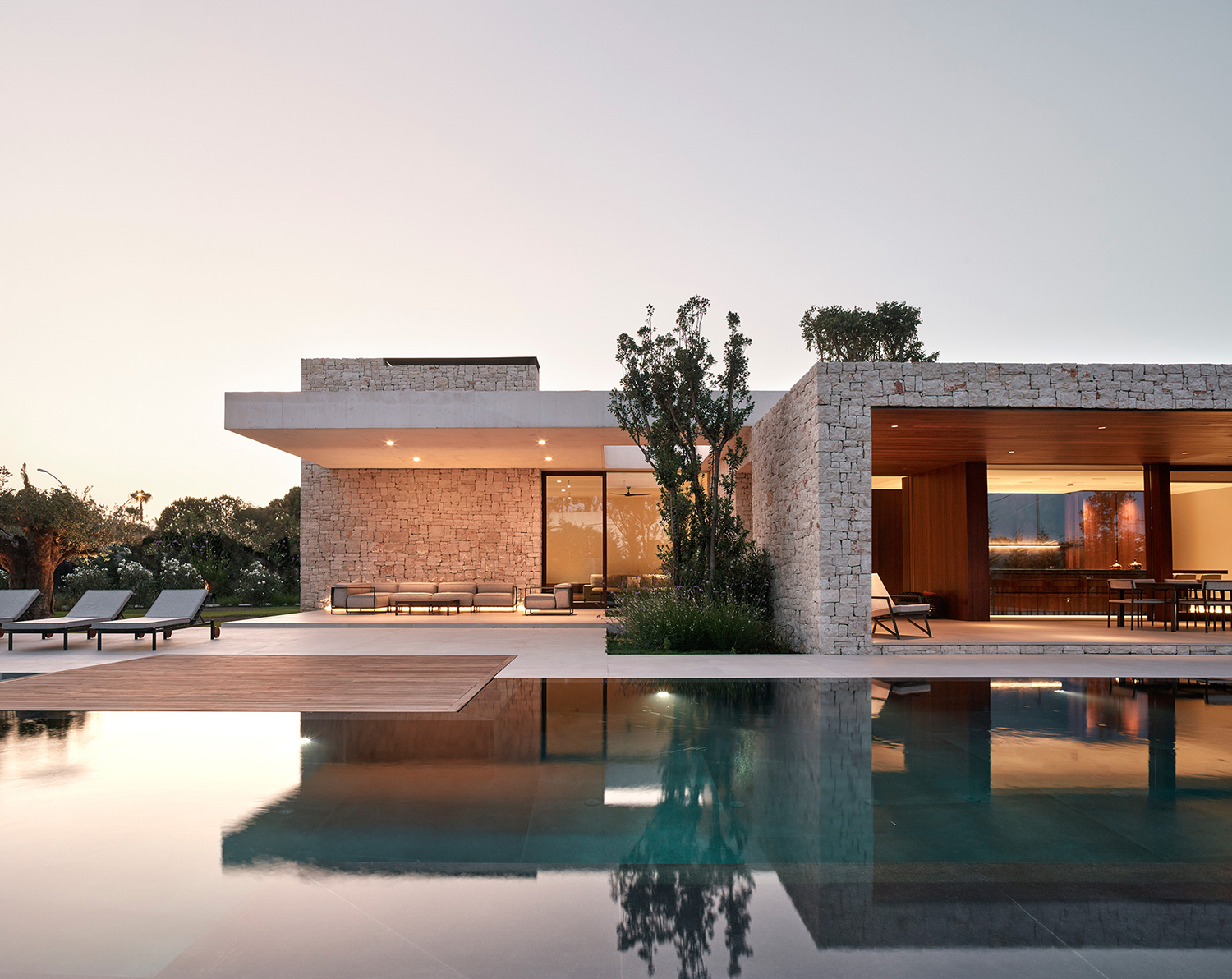 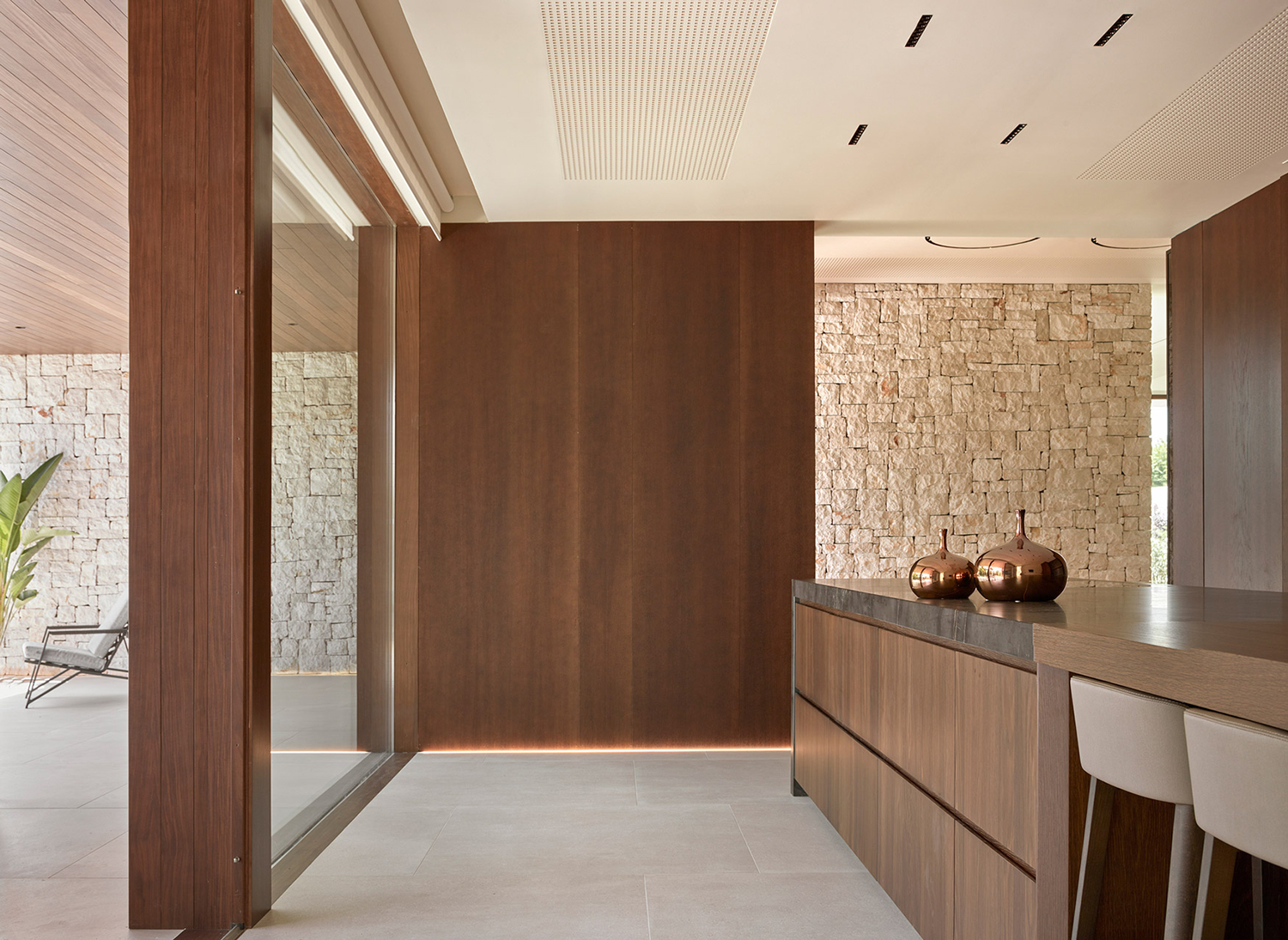 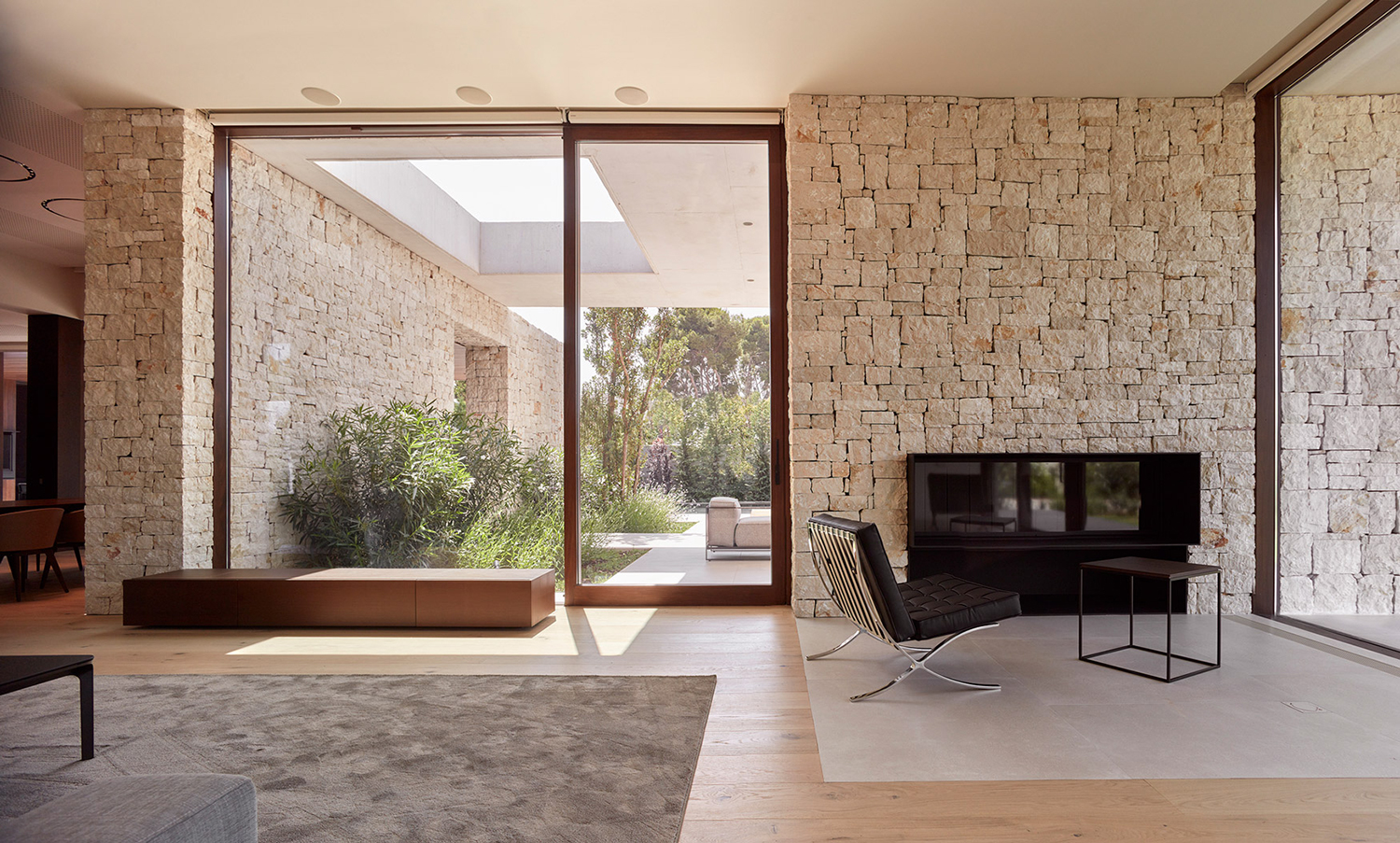 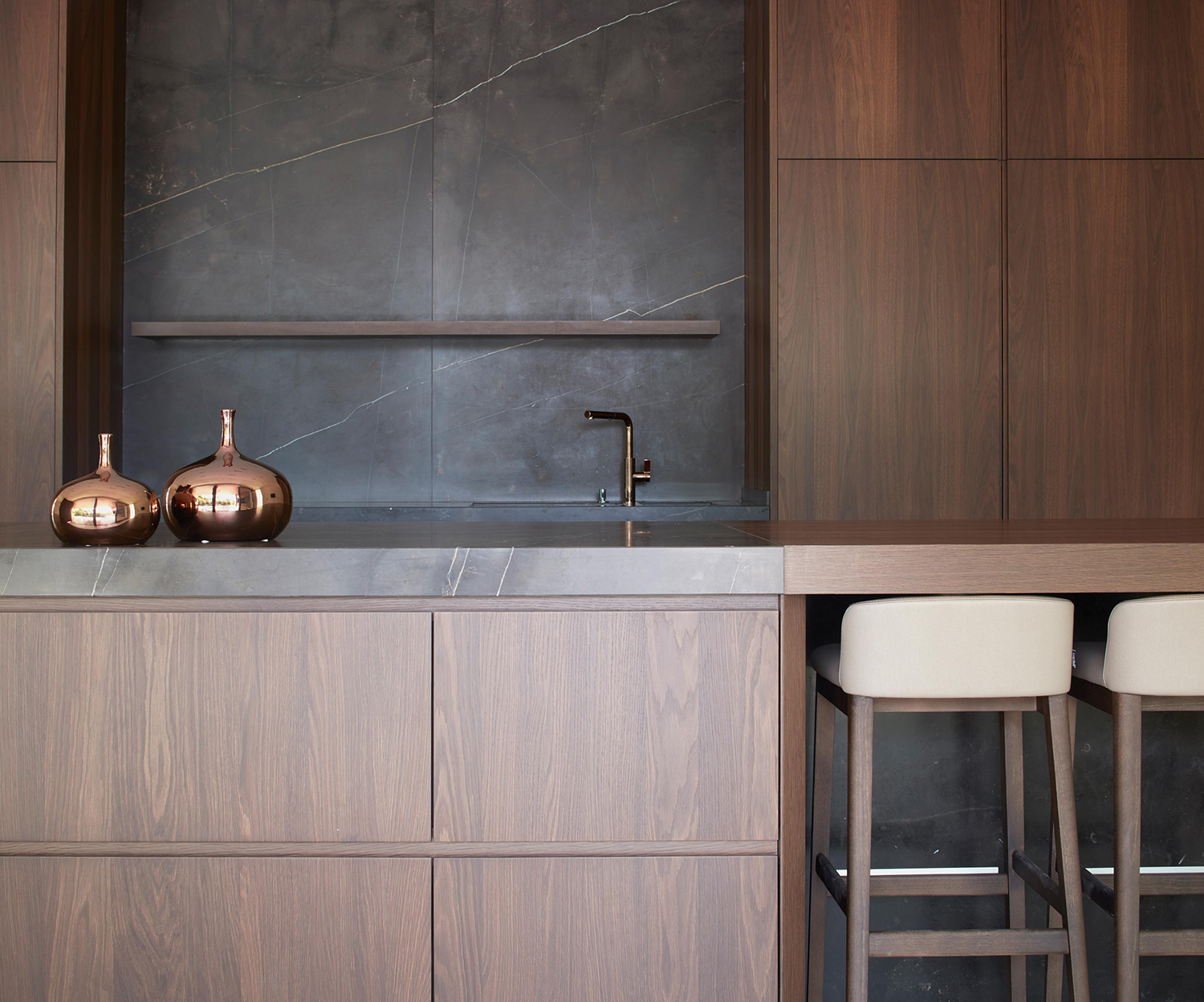 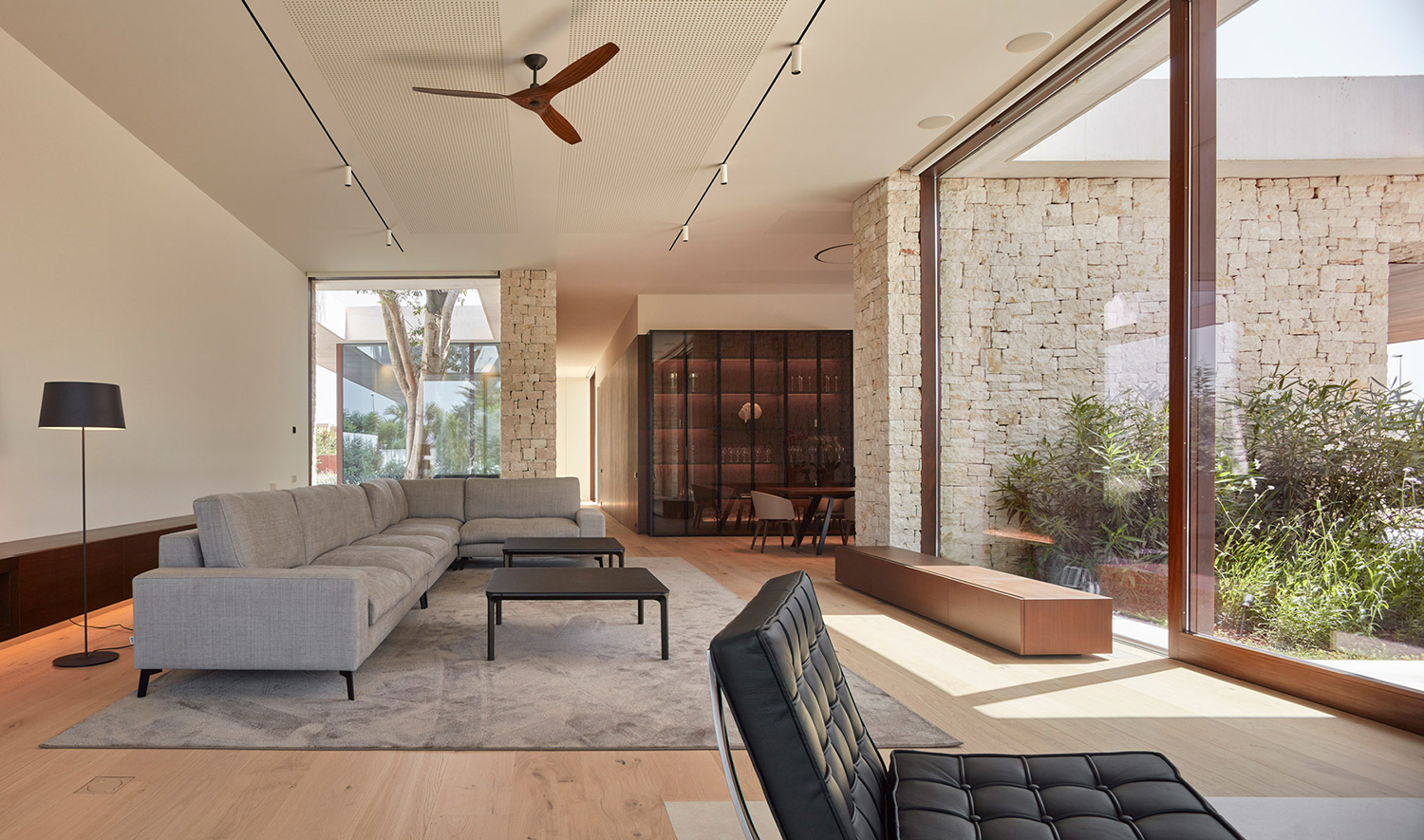 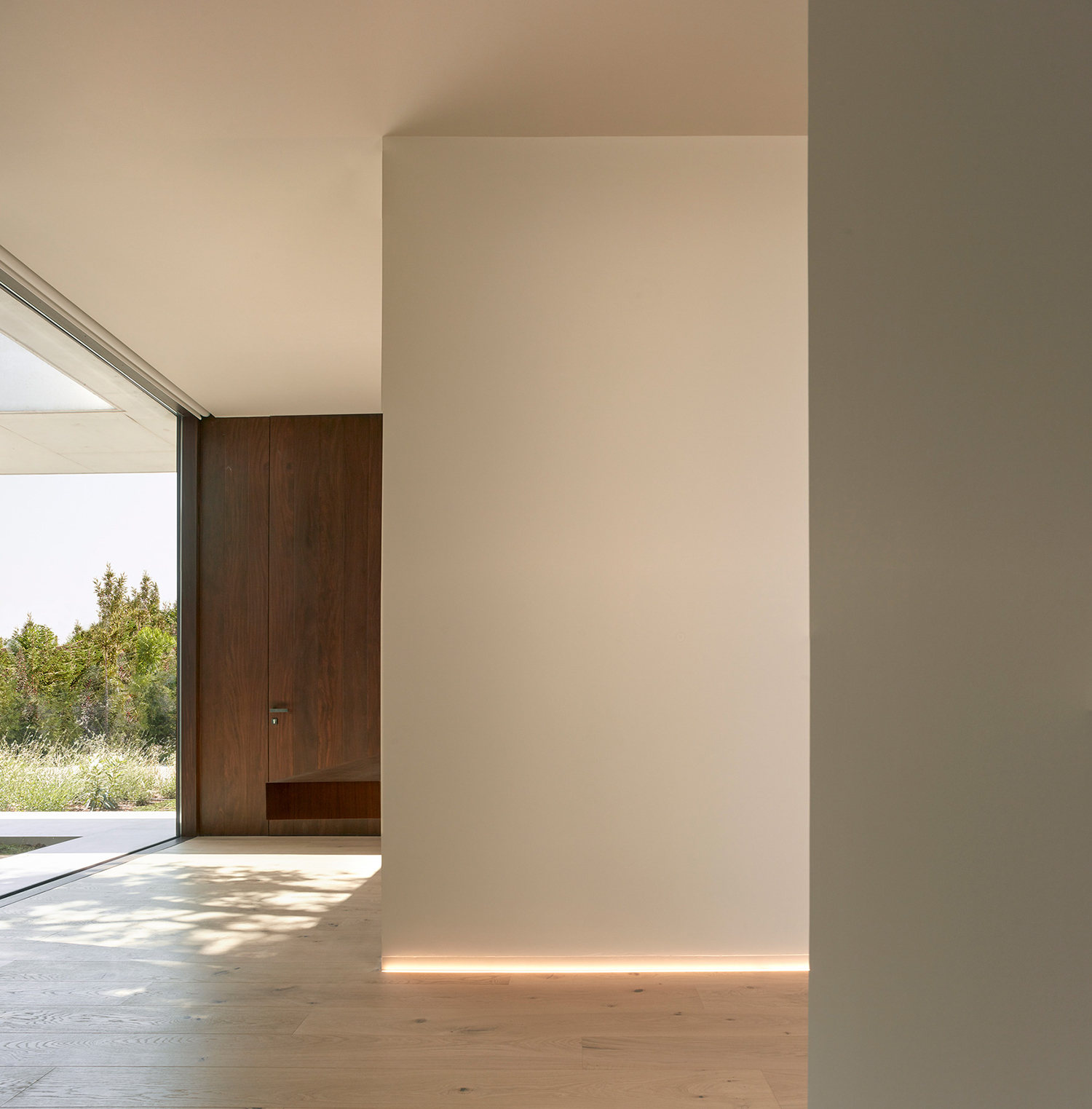 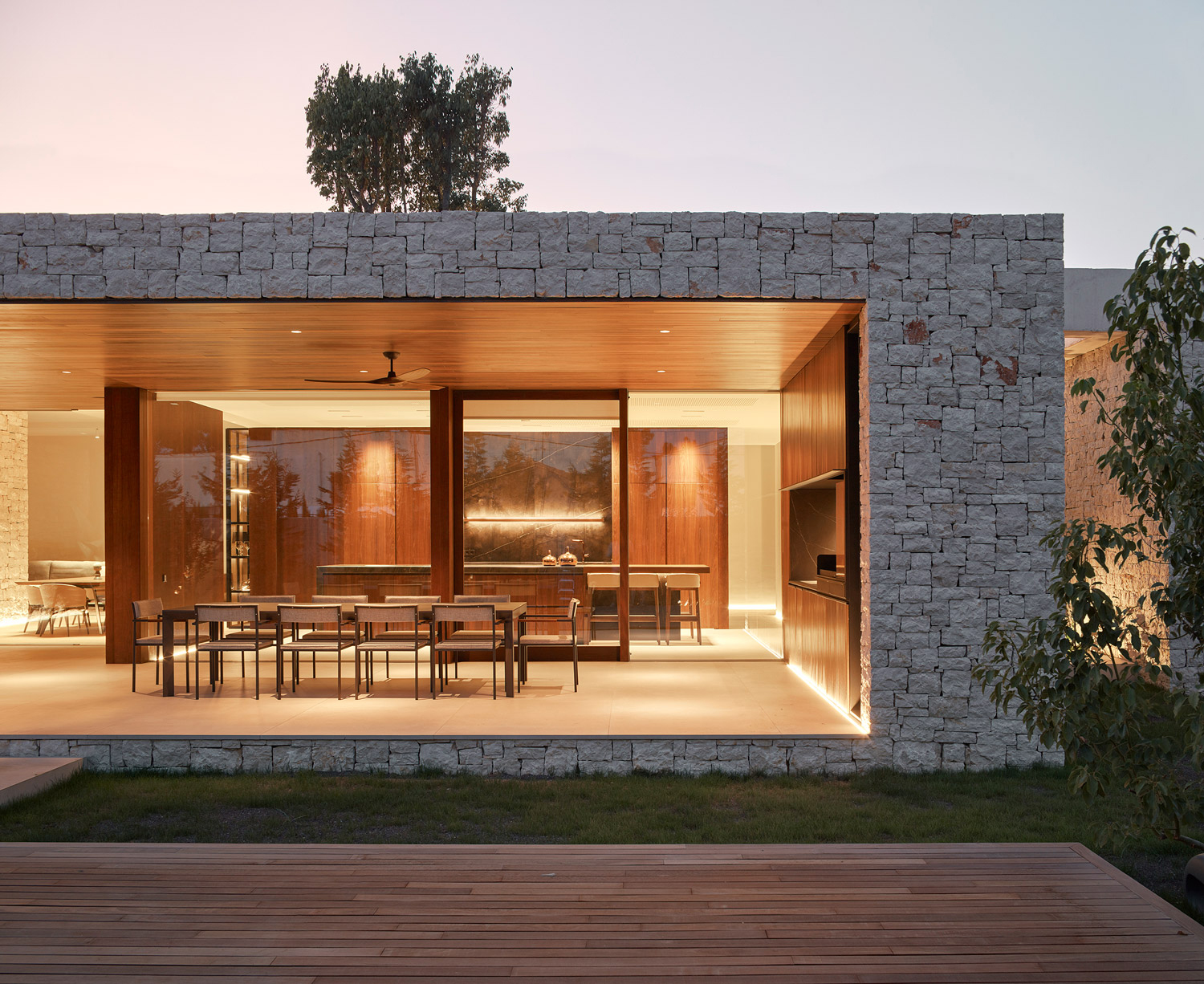