Architecture studio DF_DC has recently built a concrete villa banded by an asymmetrical colonnade of rectangular columns on the Comano hills, a small village north of Lugano in Switzerland. DF_DC, founded by Dario Franchini and Diego Calderon, designed Concrete Villa Comano on a plot that was previously occupied by vineyards and characterized by an elongated trapezoid form, which determined the current volume. The house benefits from interesting views towards the east and west, but, due to the constraint of having adjacent houses in close proximity toward the north and south, it has been conceived as in inhabited wall. In order to avoid the effect of an excessively long and closed volume but also ensuring a level of privacy, the side elevations are defined by a series of deep rectangular fins. 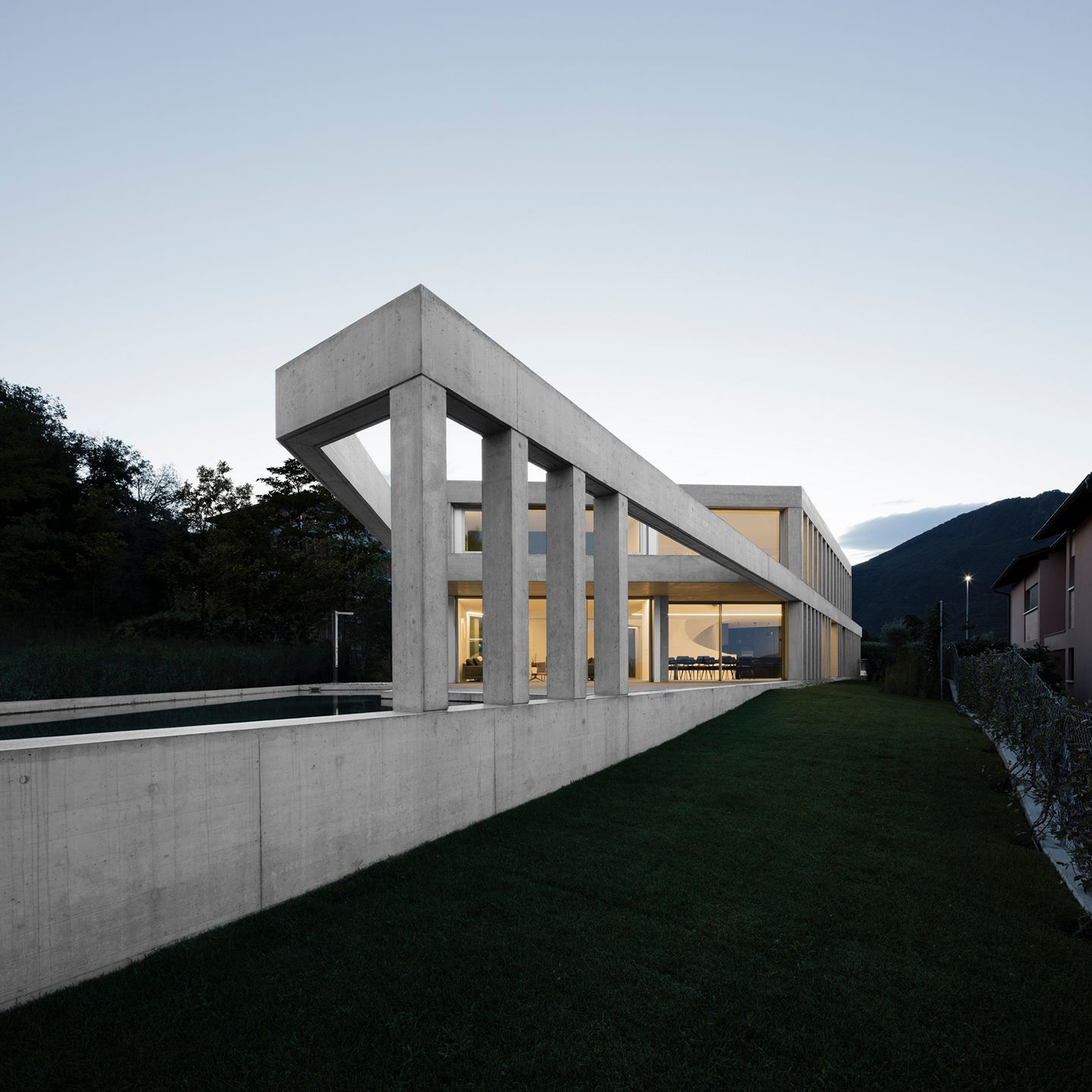 Grey reinforced concrete characterizes the structure and has been altered in various ways depending on the case. The in-situ cast fins are alternated with infill elements with the old technique of “strollato” used in Lombard villas: a mix of pebbles and cement hand splatted with a trowel and later sanded, thus combining old traditions and new construction techniques. 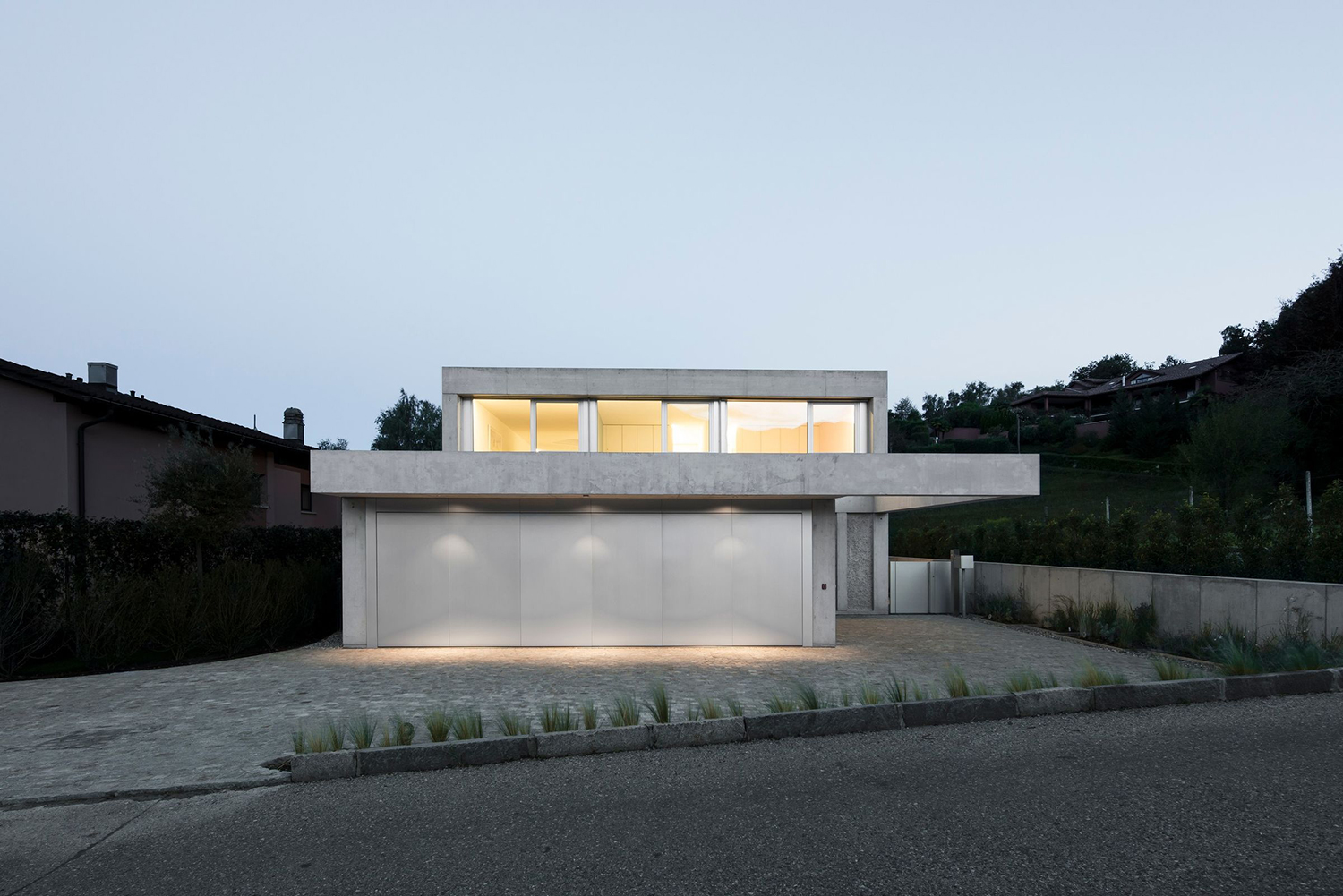 The house is split into three levels: the basement, ground floor, and first floor; with the ground floor occupying most of the area available. This level houses the main part of the brief: reception, kitchen, workshop and guest accommodation (with separate access), garage, as well as an ample terrace conceived as an extension of the lounge, thus becoming an intermediate space between inside and out. 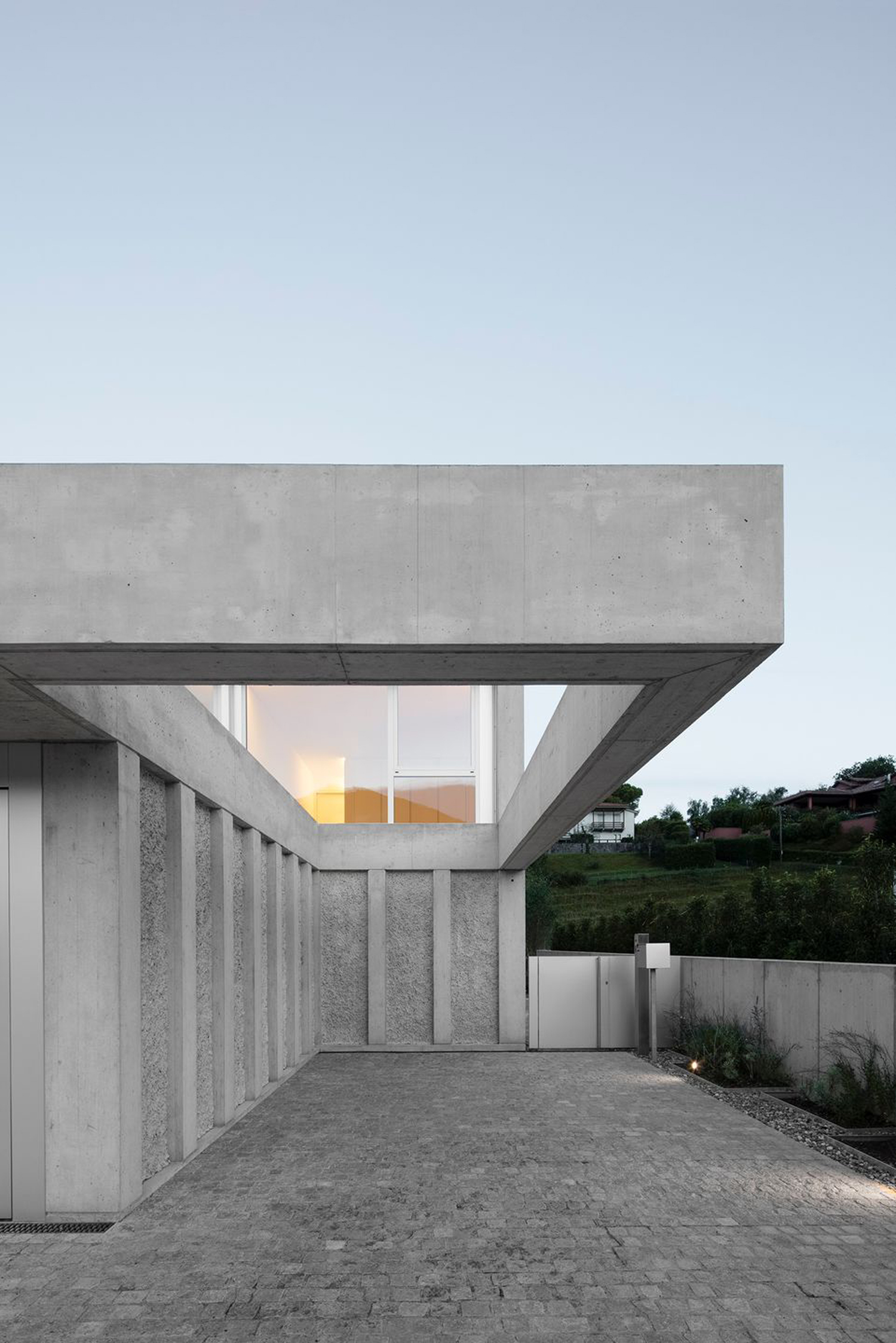 The first floor, of smaller dimensions, contains the private quarters: three ensuite bedrooms and the children’s playroom. The asymmetrical position of this volume in respect of the ground floor makes the house to appear smaller from the street due to the perspective effect, whilst presenting the opposite effect from the pool at the rear. Lastly, the basement floor contains the wine cellar, sauna, and gym. The three floors are linked by a scenic staircase at the center of the living areas and as a focal point for the family’s life inside the house. 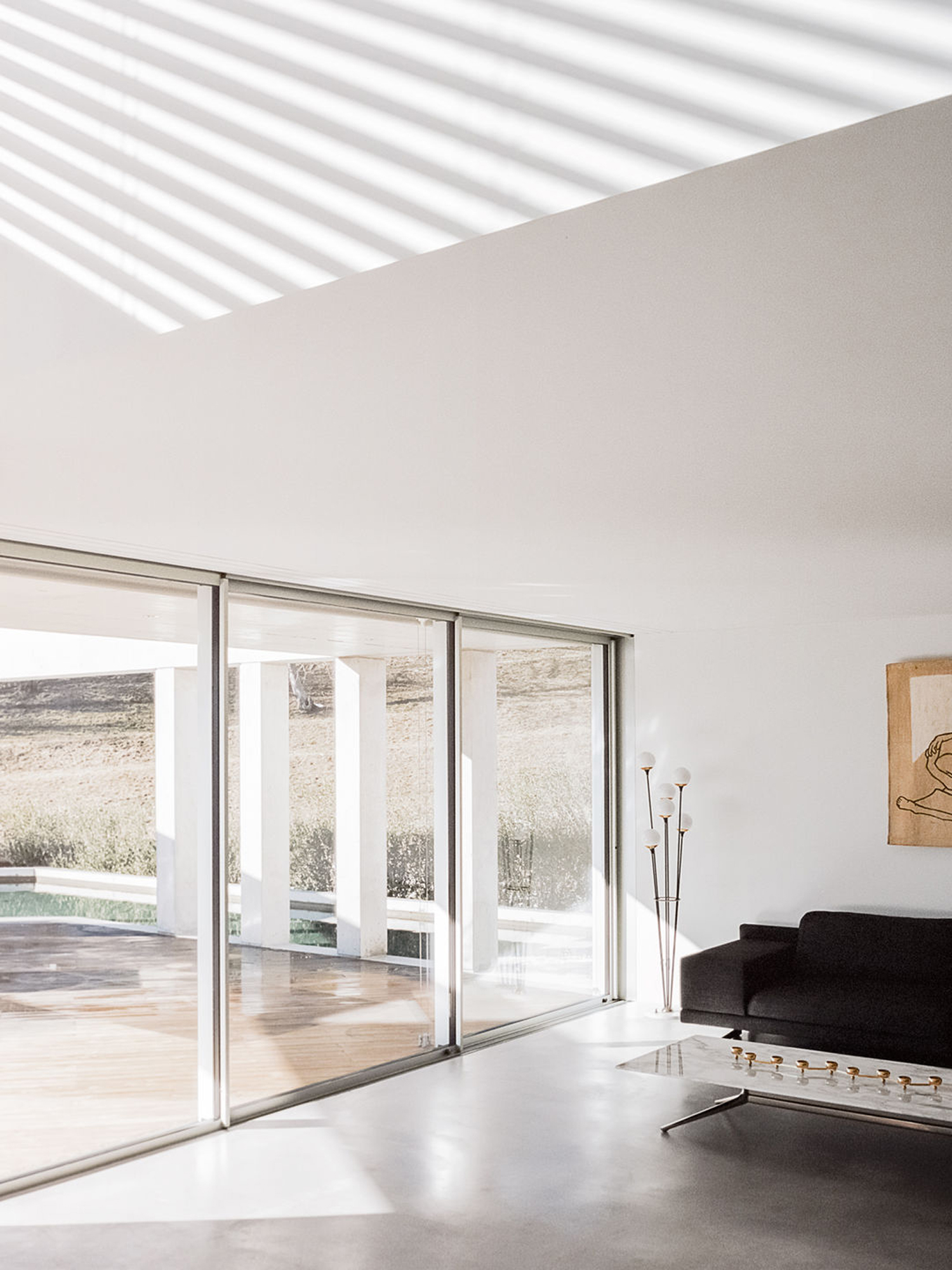 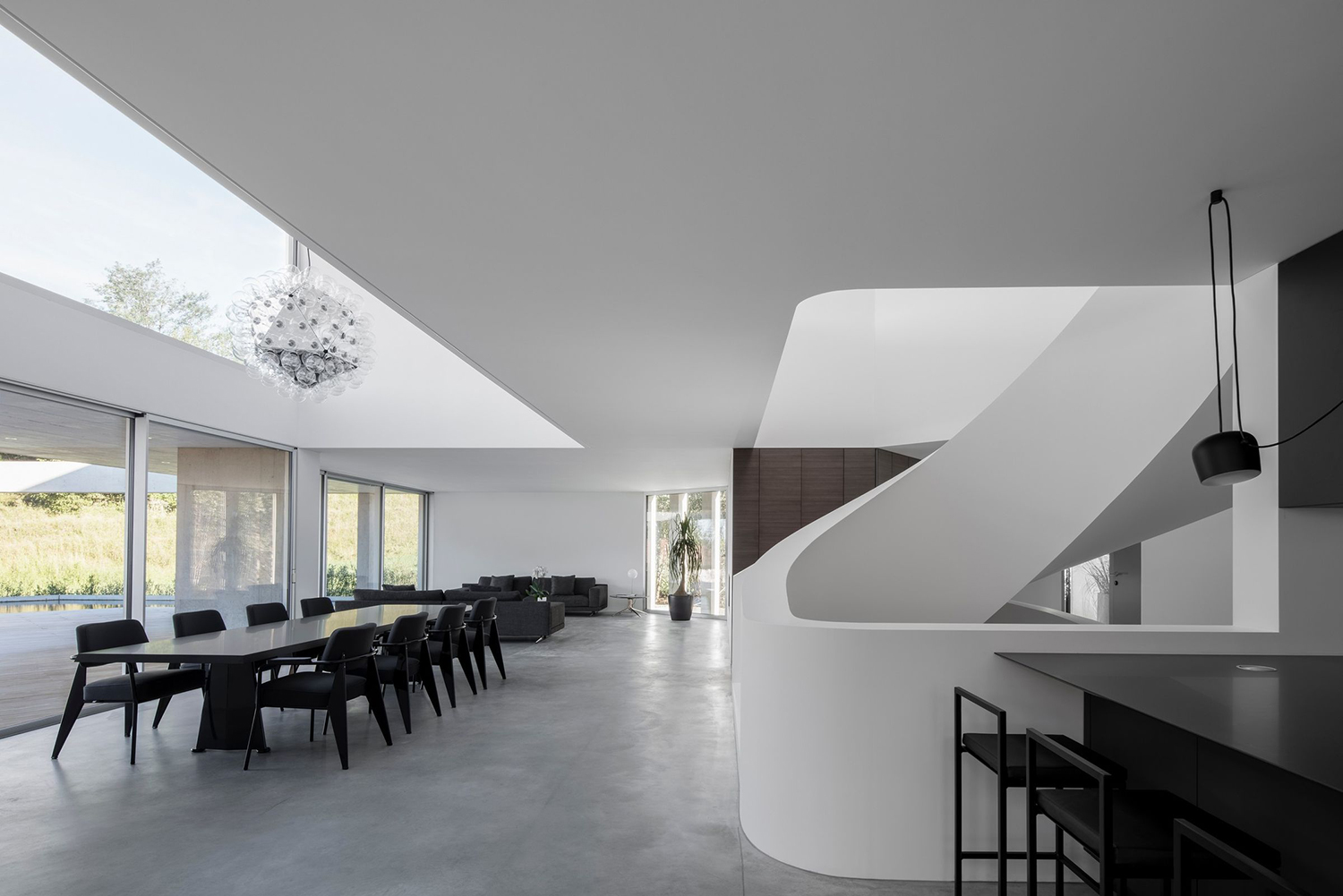 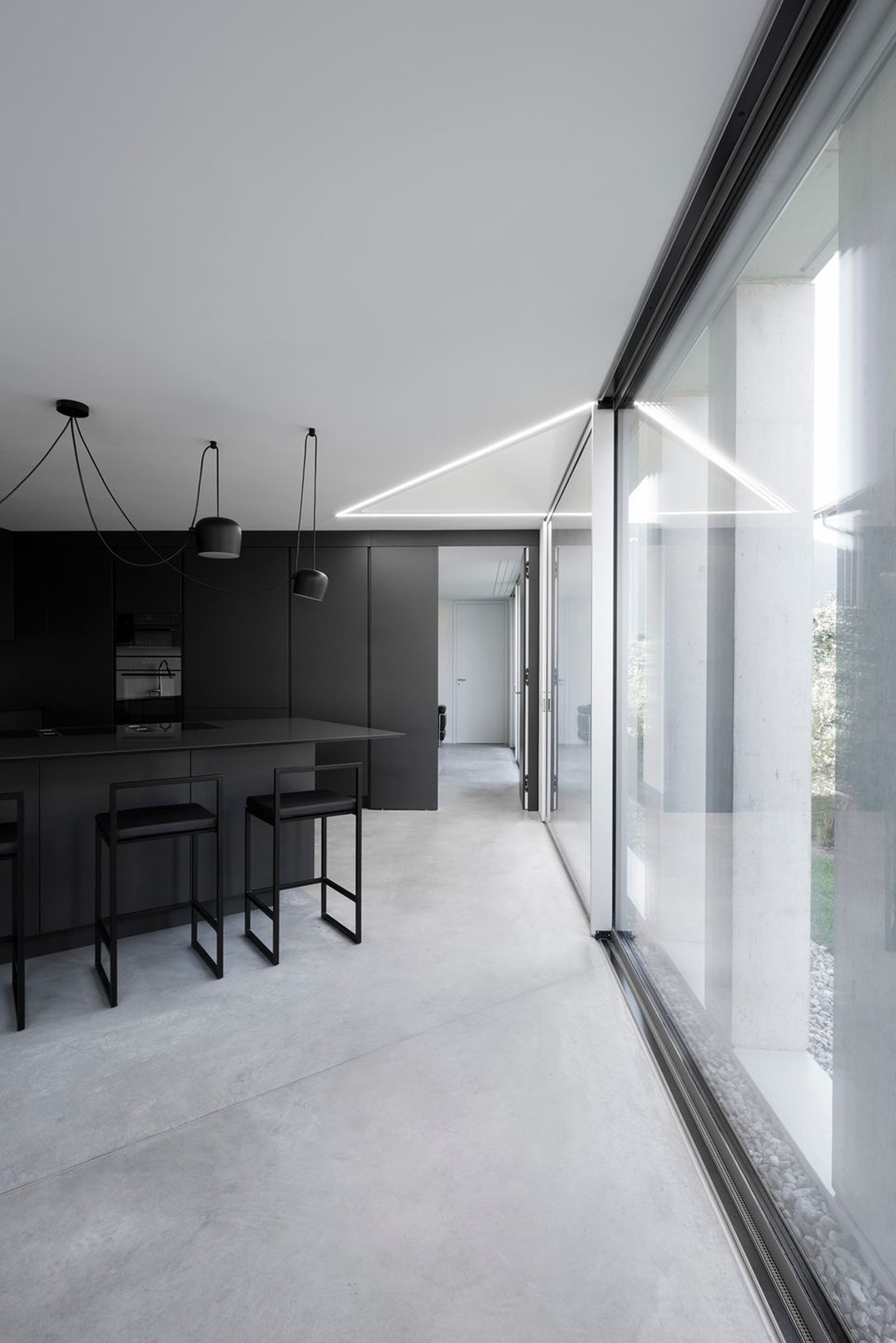 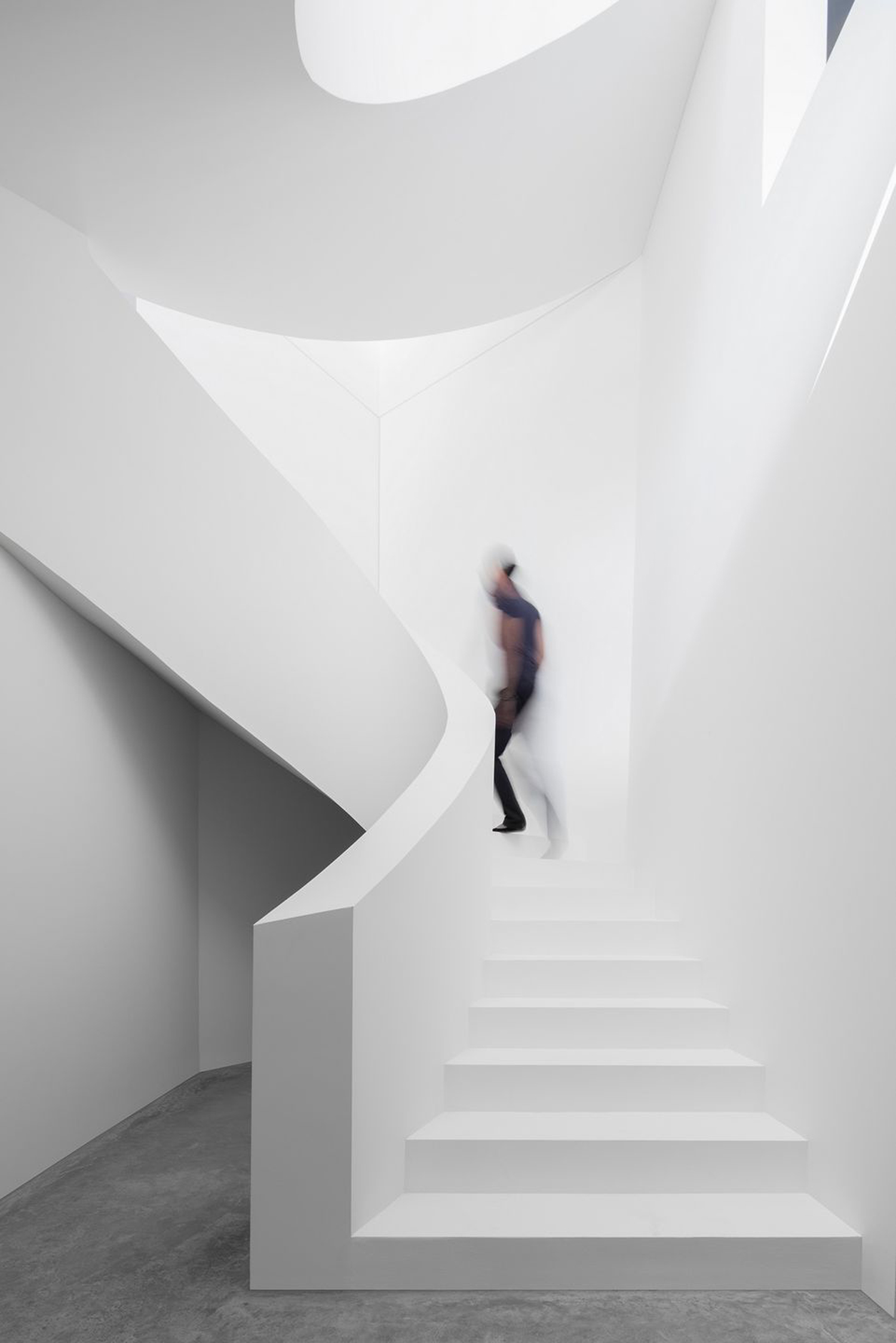 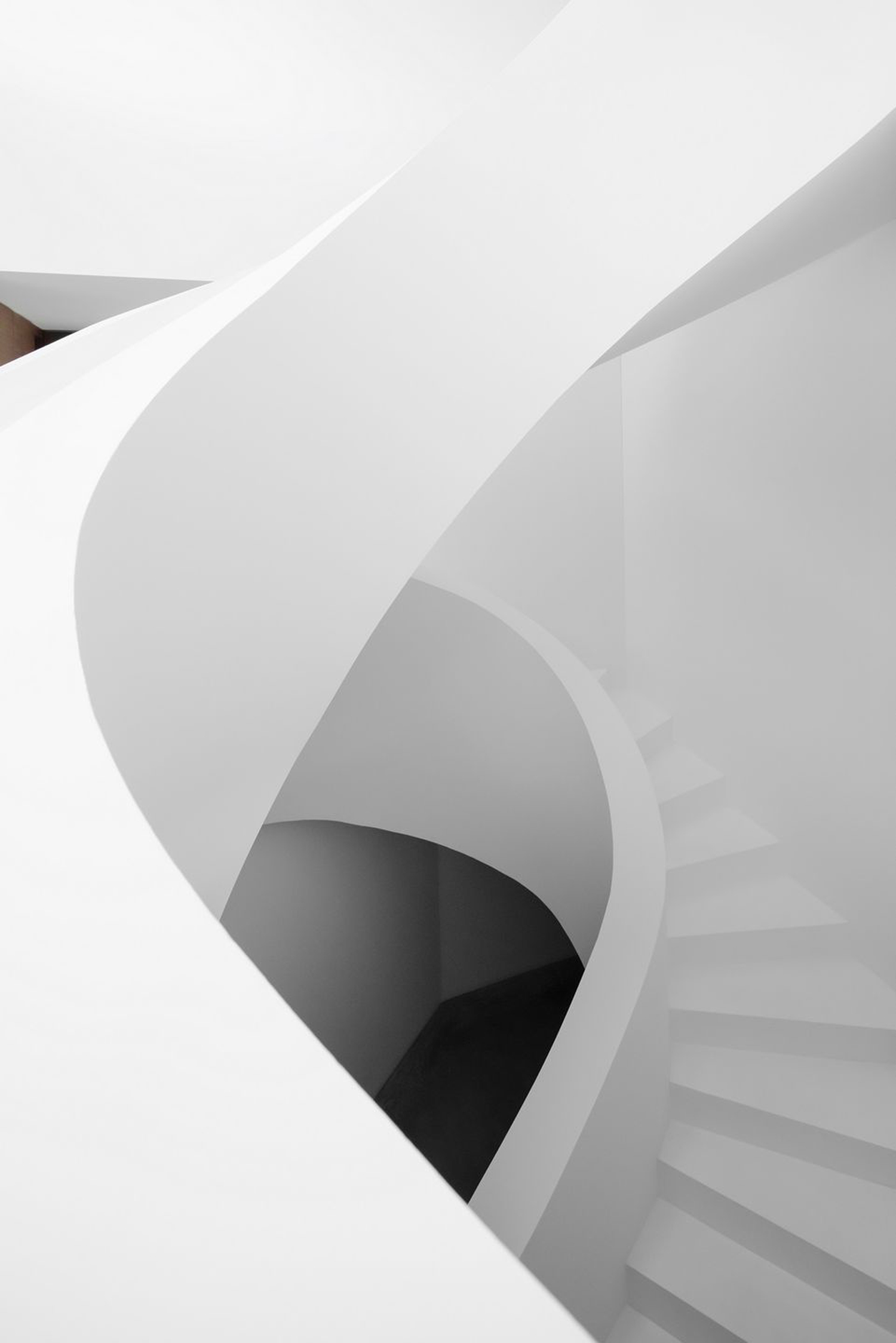 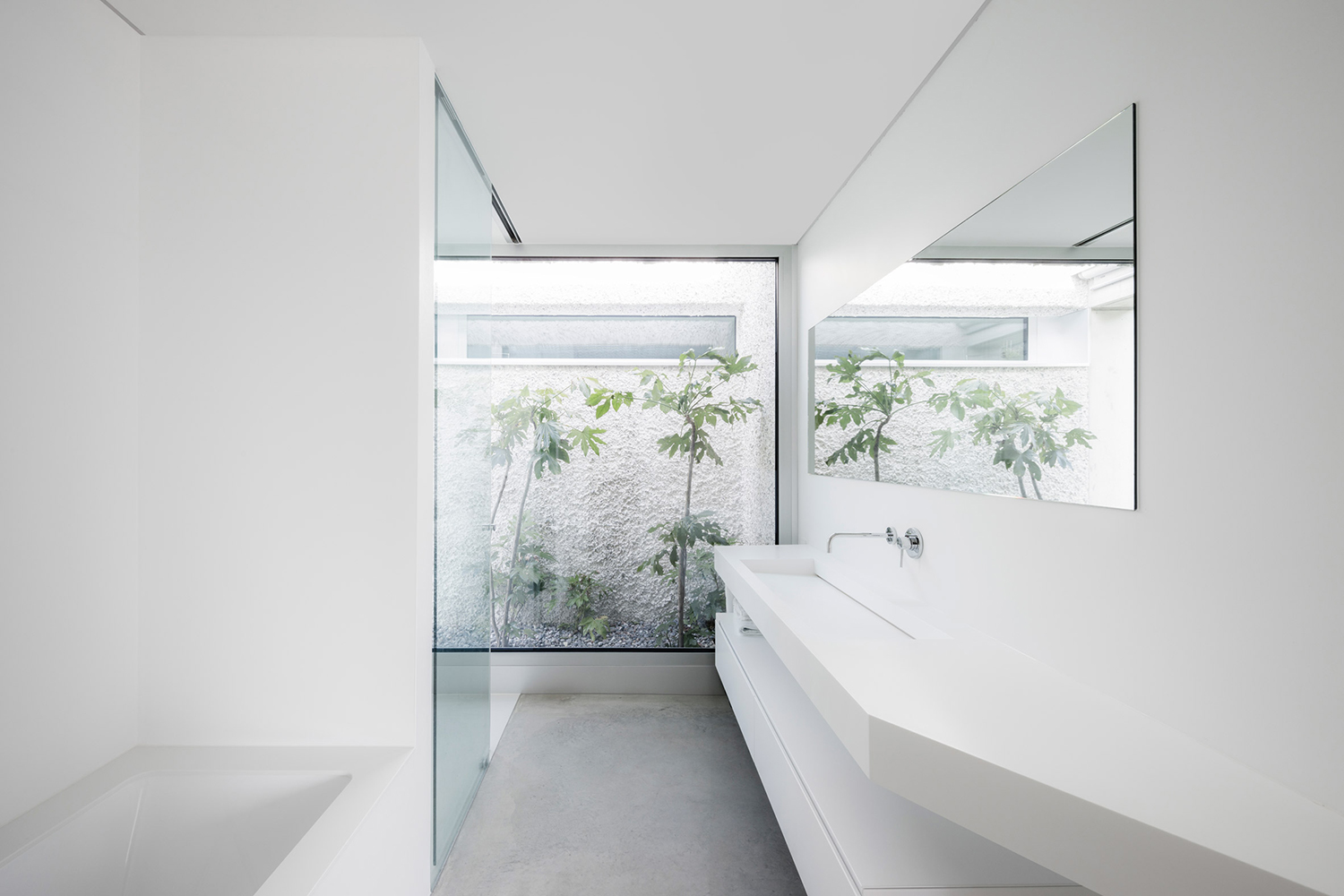 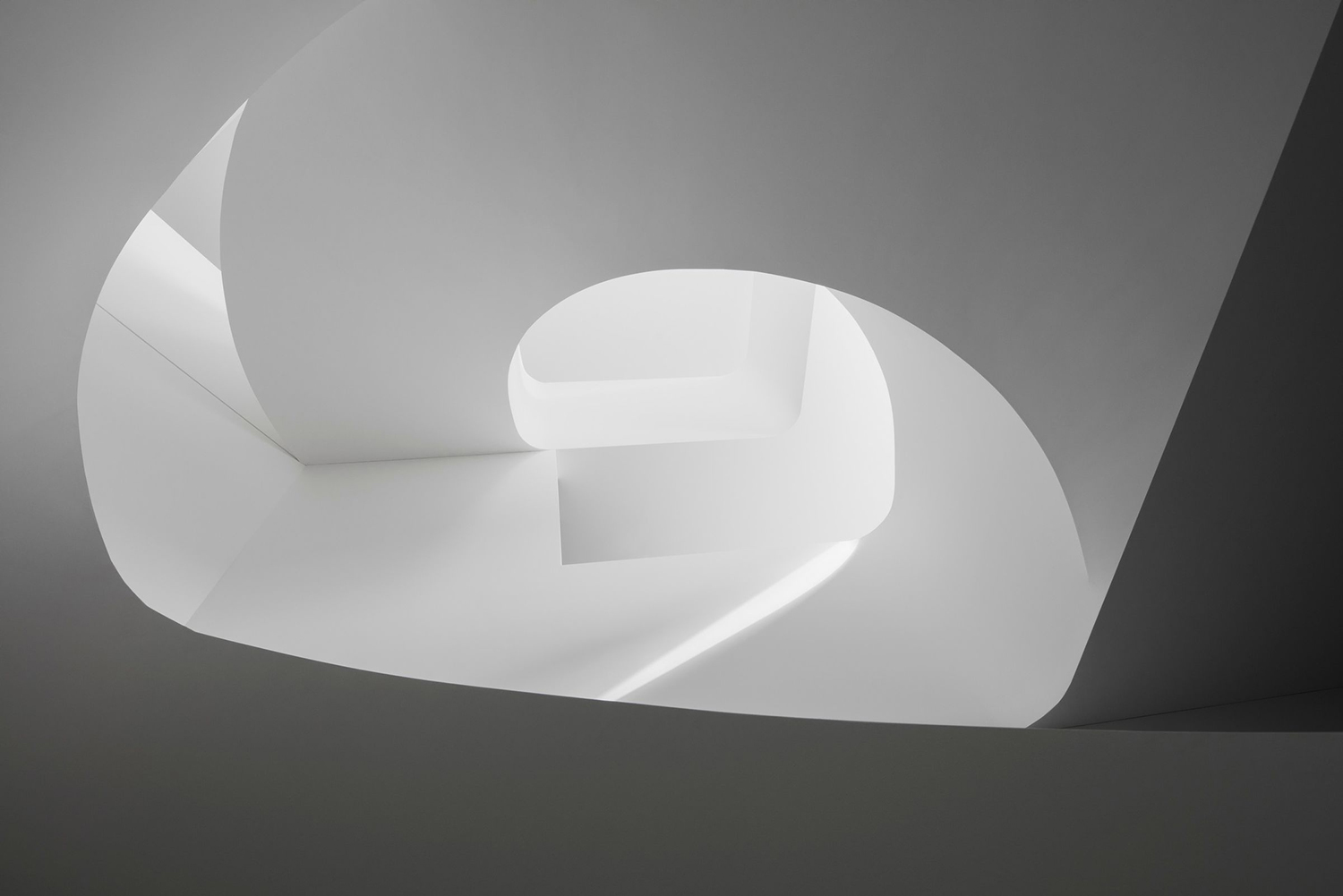 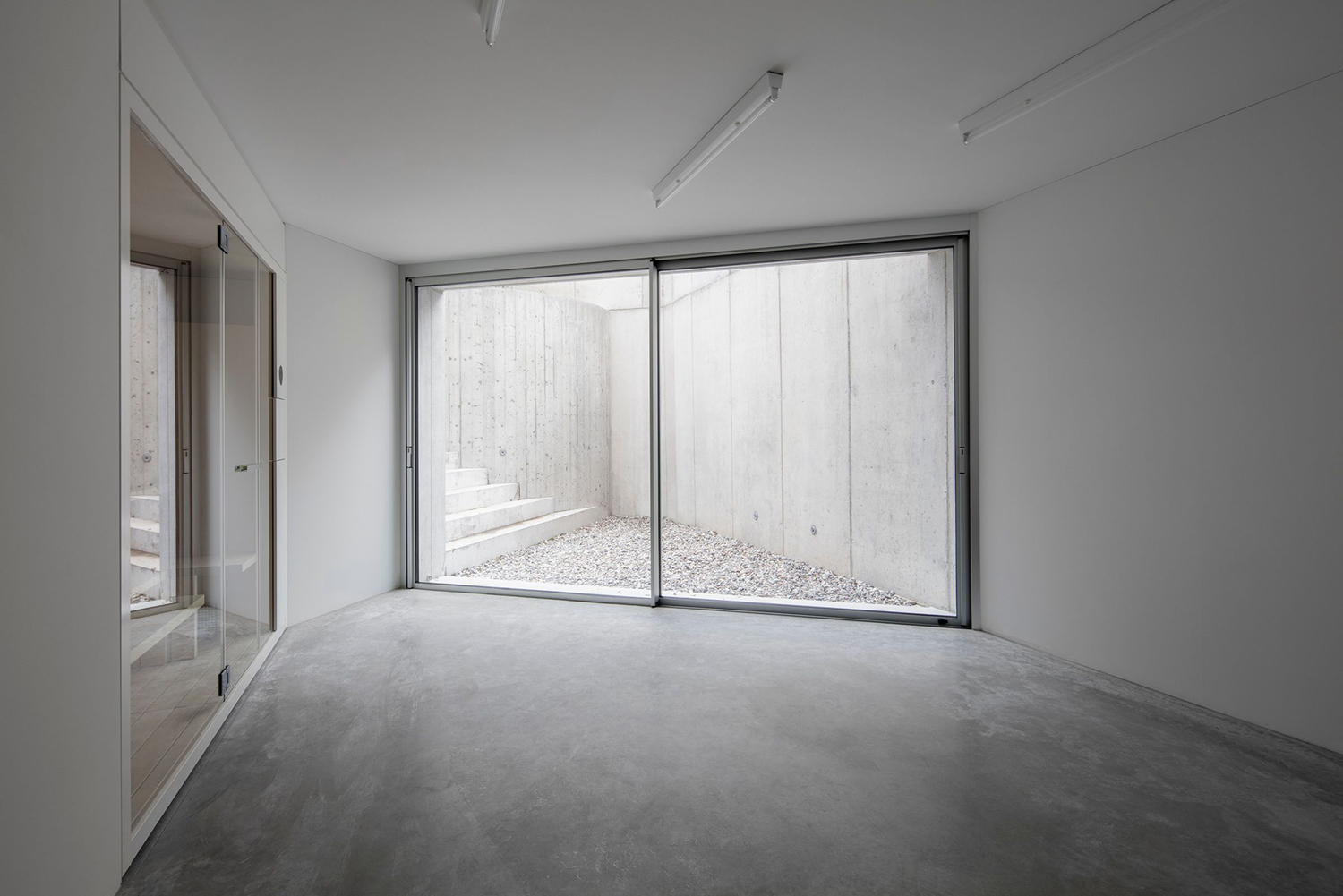 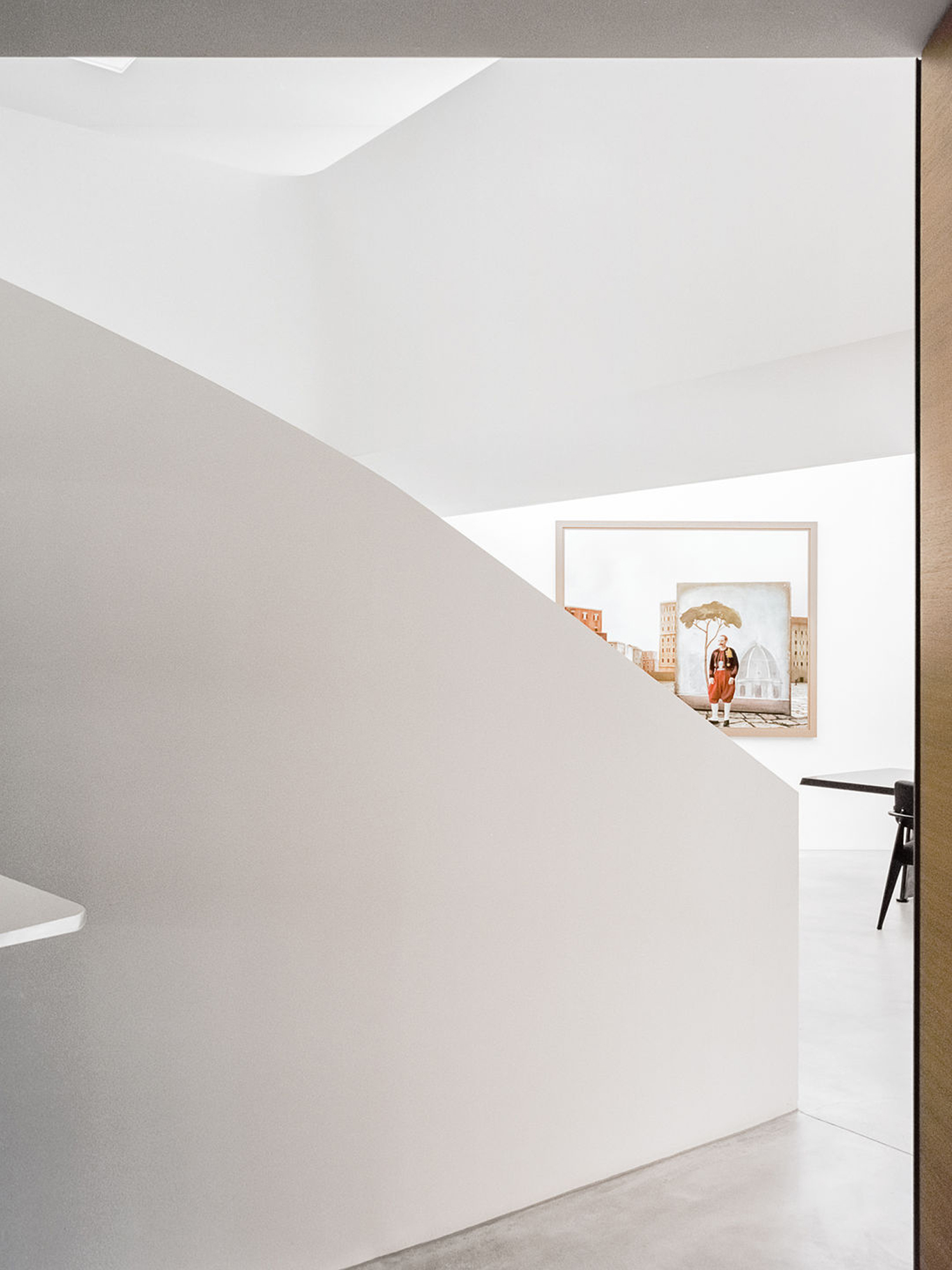