Italian architecture firm MoDusArchitects has recently completed TreeHugger, the new Tourist Information Office building of the city of Bressanone in Northern Italy. Located just outside the historical center of the South Tyrolean city, adjacent to the Bishop’s Palace of Bressanone, the eye-catching concrete building is the last episode in a series of “architectural homicides” dating from the 1800s up until the 1970s. TreeHugger takes on the qualities of airiness and levity in alignment with the site’s antecedent structures, which were dedicated to the welcoming of visitors, with their respective features of slender columns, deep loggias, and delicate overhangs. 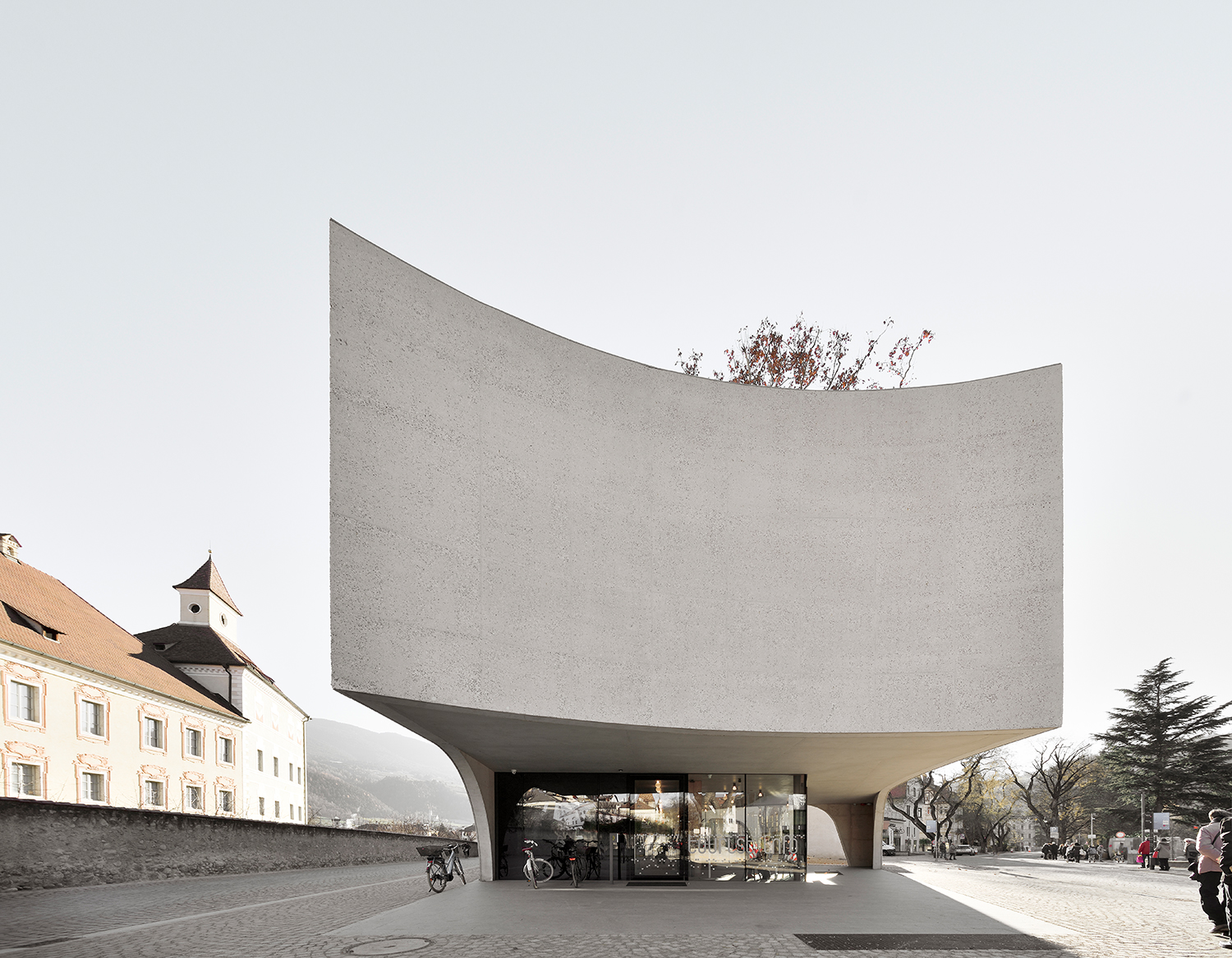 The project raises its body on tiptoe and frees up the ground level to give it over to the city as a public space. New visual connections are made, not only to the main building of the Bishop’s Palace, but also to the ancillary Chinese and Japanese pavilions that mark the corners of the Palace gardens. The exotic, sinuous curves of the corner pavilions are re-interpreted in the building designed by MoDusArchitects which transforms into a new gateway for the city of Bressanone. 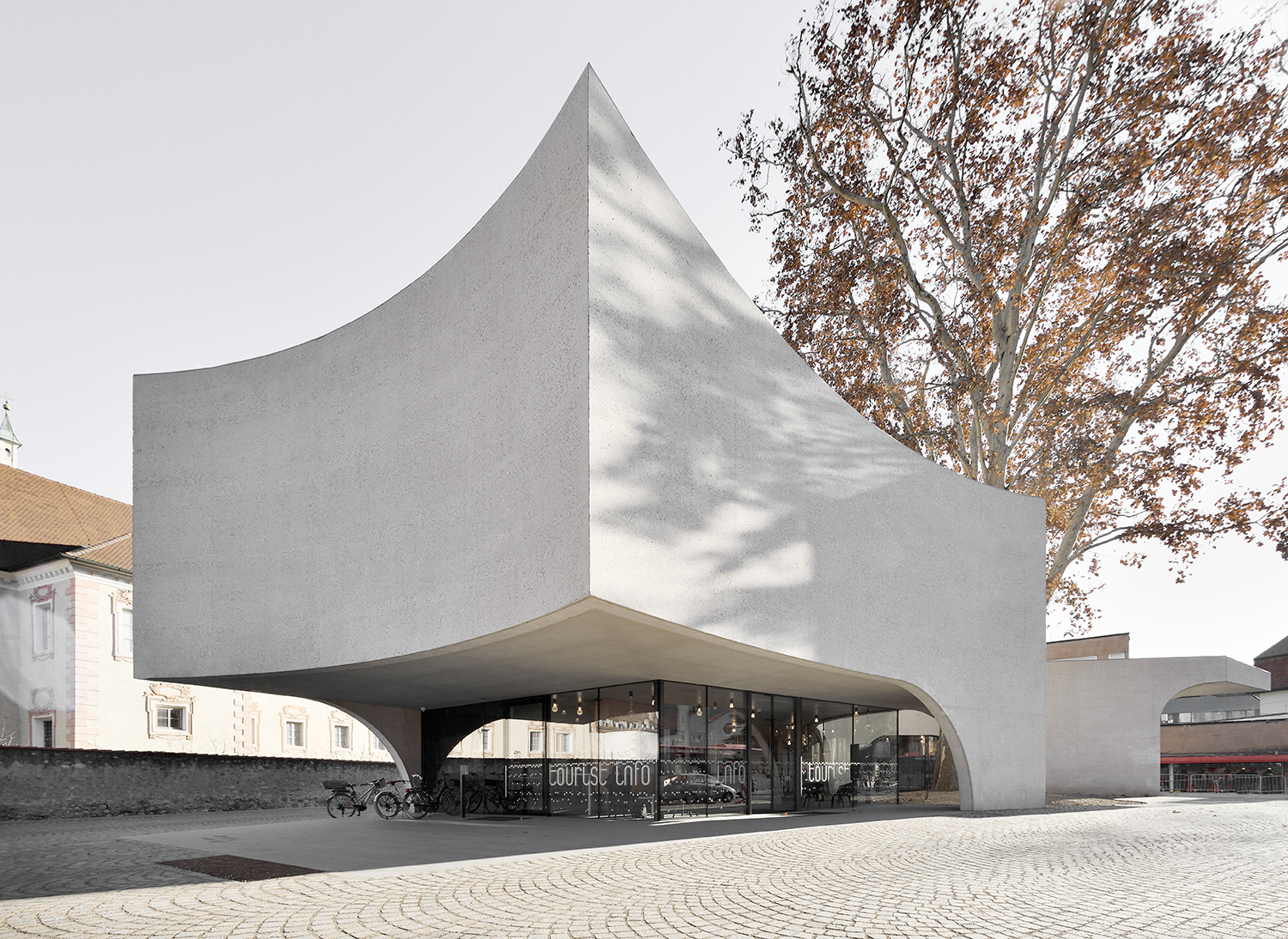 The site is characterized by an existing monumental tree that governs the design. TreeHugger twists and turns around the central Platanus to form an inseparable connection between nature and edifice. The visual and tactile qualities of the roughhewn walls of the bush-hammered concrete and the scaly bark of the plane-tree mimic one another in their juxtaposition. 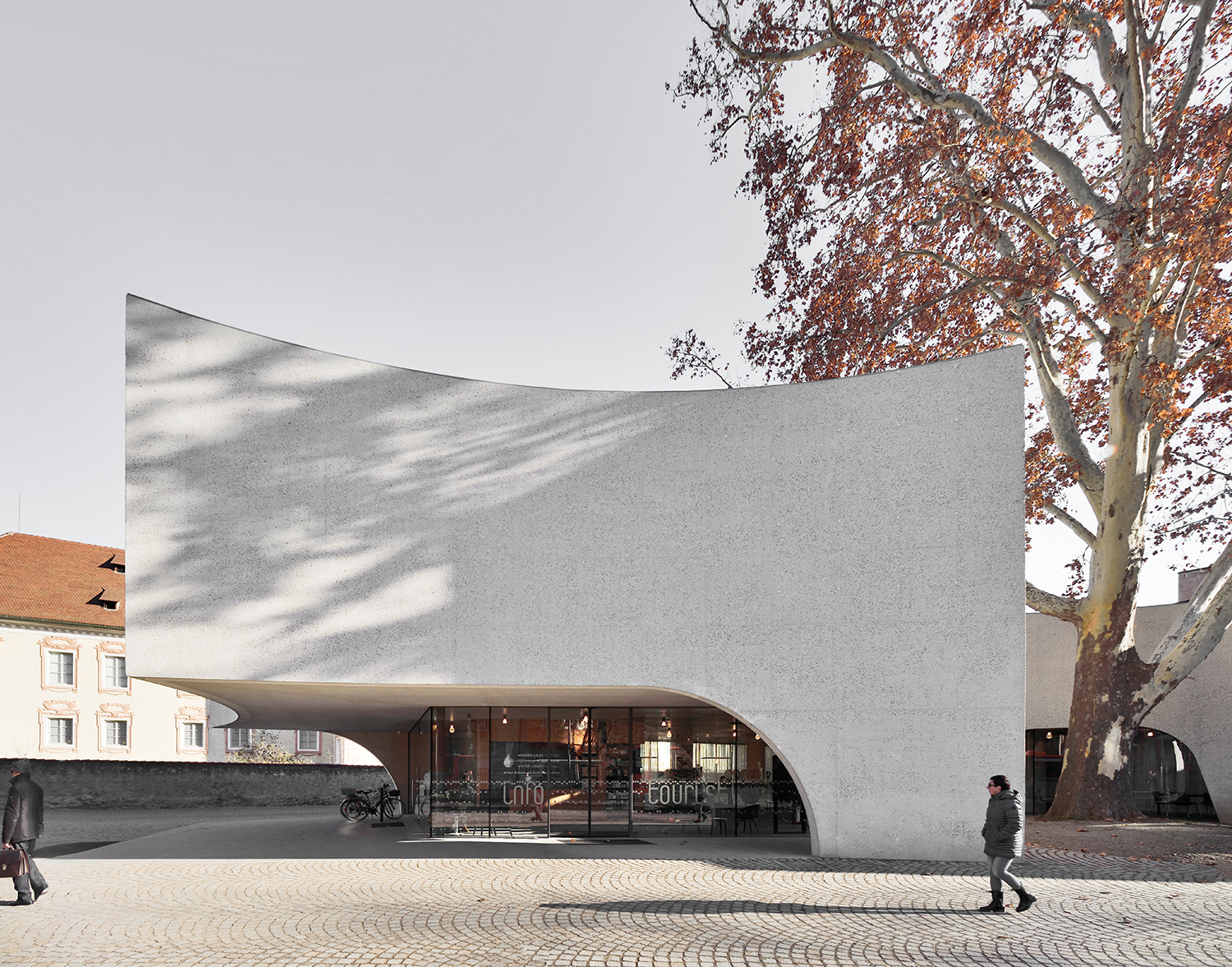 With the tree trunk as the fulcrum, five arched spans release the building from the ground, accompanying the tree upwards to draw an open frame around the tree’s crown. In order to achieve the seamless, vertical surface of the outer concrete shell, the full height of the walls was cast from one flow and in successive sections to form a continuous 9-meter-high ring, within which the concrete plates were then poured. The curvature of the walls, together with the floor slabs form a collaborative composition in which the form, the structure and the building facades become one. 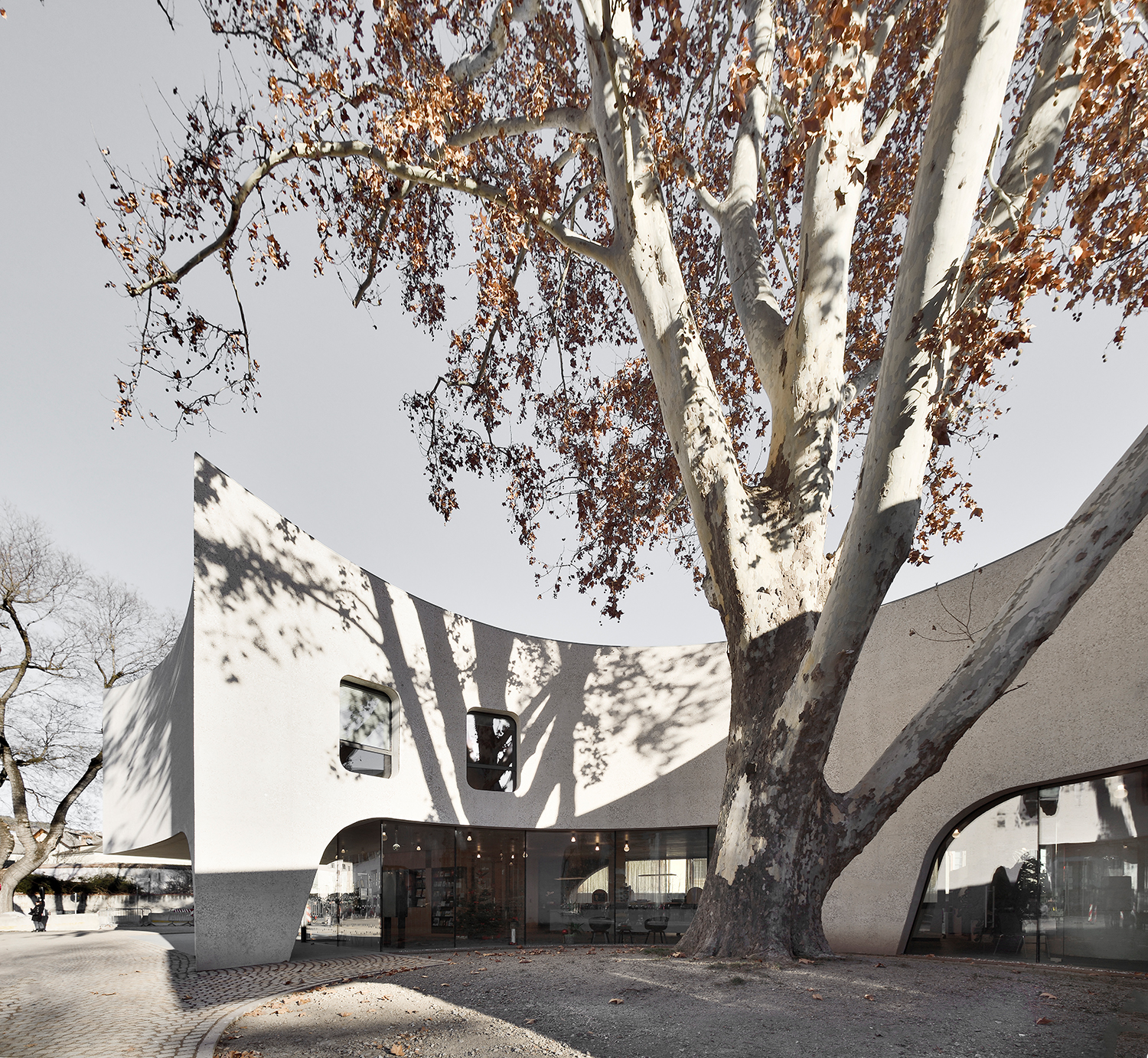 The building is almost entirely glazed on the ground floor, which houses the public spaces and info booths, to allow maximum transparency and permeability. The entrance is clearly marked by the inset windows and the large overhang that cantilevers out towards the new square. The upper floor, housing the administrative offices, is closed and enigmatic in the sequence of its convex surfaces.

With its welcoming curves balanced by the decisive concrete tectonic, TreeHugger strikes up a conversation with its historical context while organically attracting passersby and visitors as a magnet devoted to the sharing of local culture.