Studio Vural, a boutique architecture firm in Brooklyn, designs an off-the-grid Dune House in Cape Cod, Massachusetts. The principal architect of the firm has been spending summer vacations in the area and studying the terrain, climate and vegetation which eventually gave way to the conception of the Dune House. The project was further inspired by a squid’s rainbow flash at a nighttime fishing expedition, where architect Selim Vural thought; “if squids can power themselves, so should houses”. 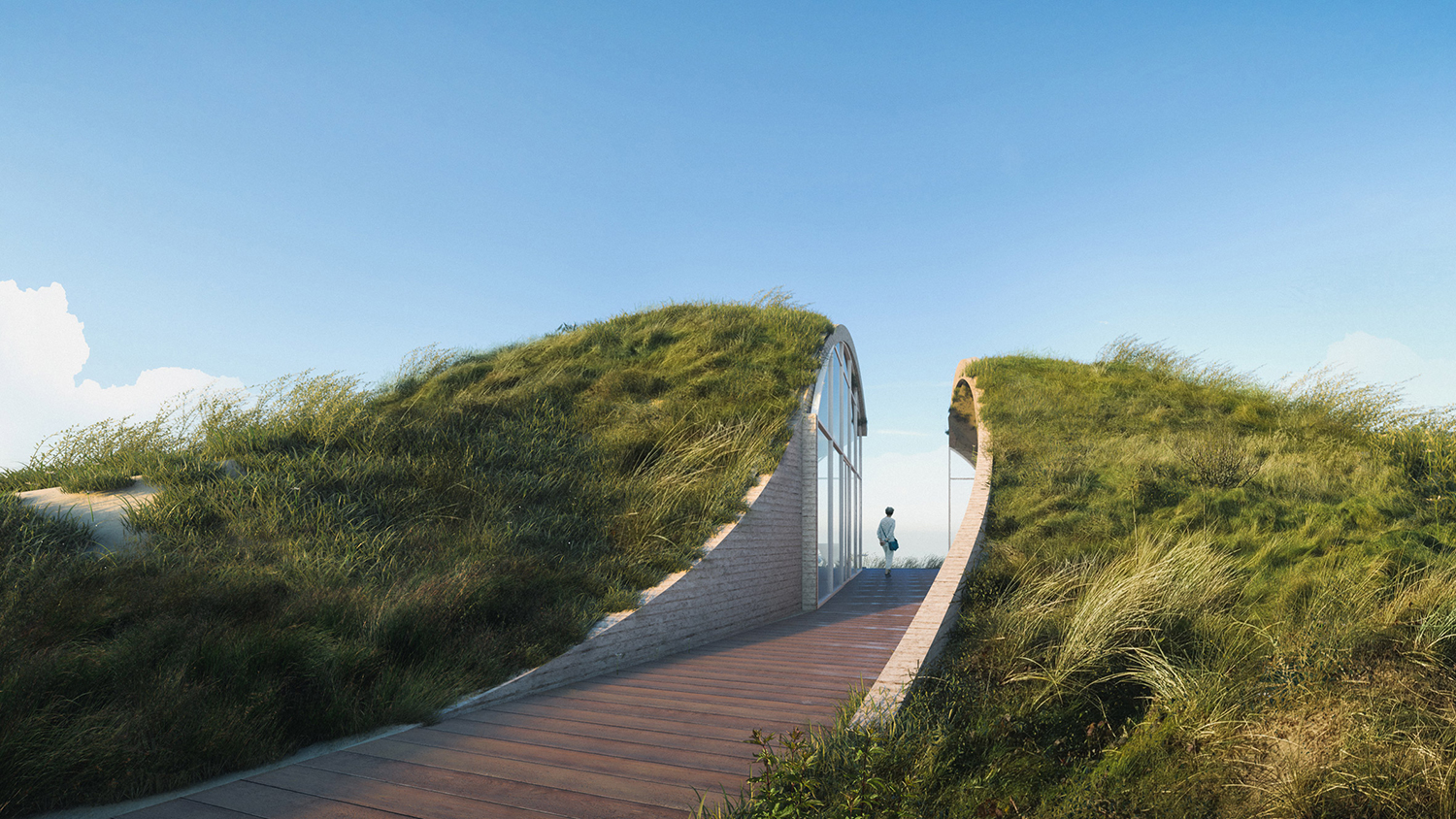 The un-plugged house suggests an autonomous nervous system, self-sustaining in high capacity power generation, producing more clean energy than consumed which is made possible by self-storing solar panels and super insulation via burrowing. Anchored in the geothermal temperatures of sand via deep steel piles and blanketed with earth on all sides, the Dune House is what Mr. Vural calls the next generation of hyper-sustainable houses which “must be aggressively pursued to turn the tables on climate change”. The concept also embraces the recent research on absorptive building materials for a sponge effect on carbon mass. 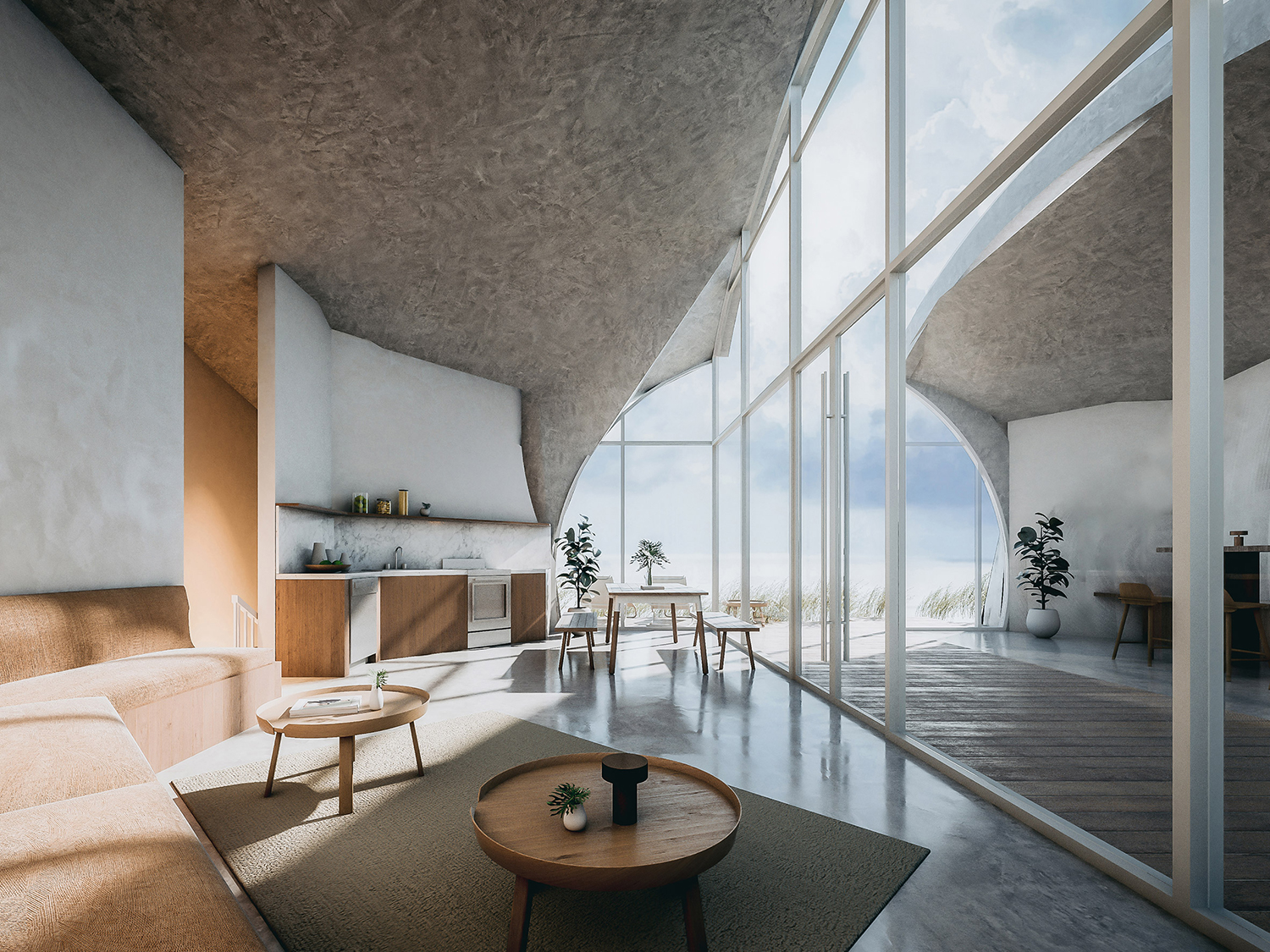 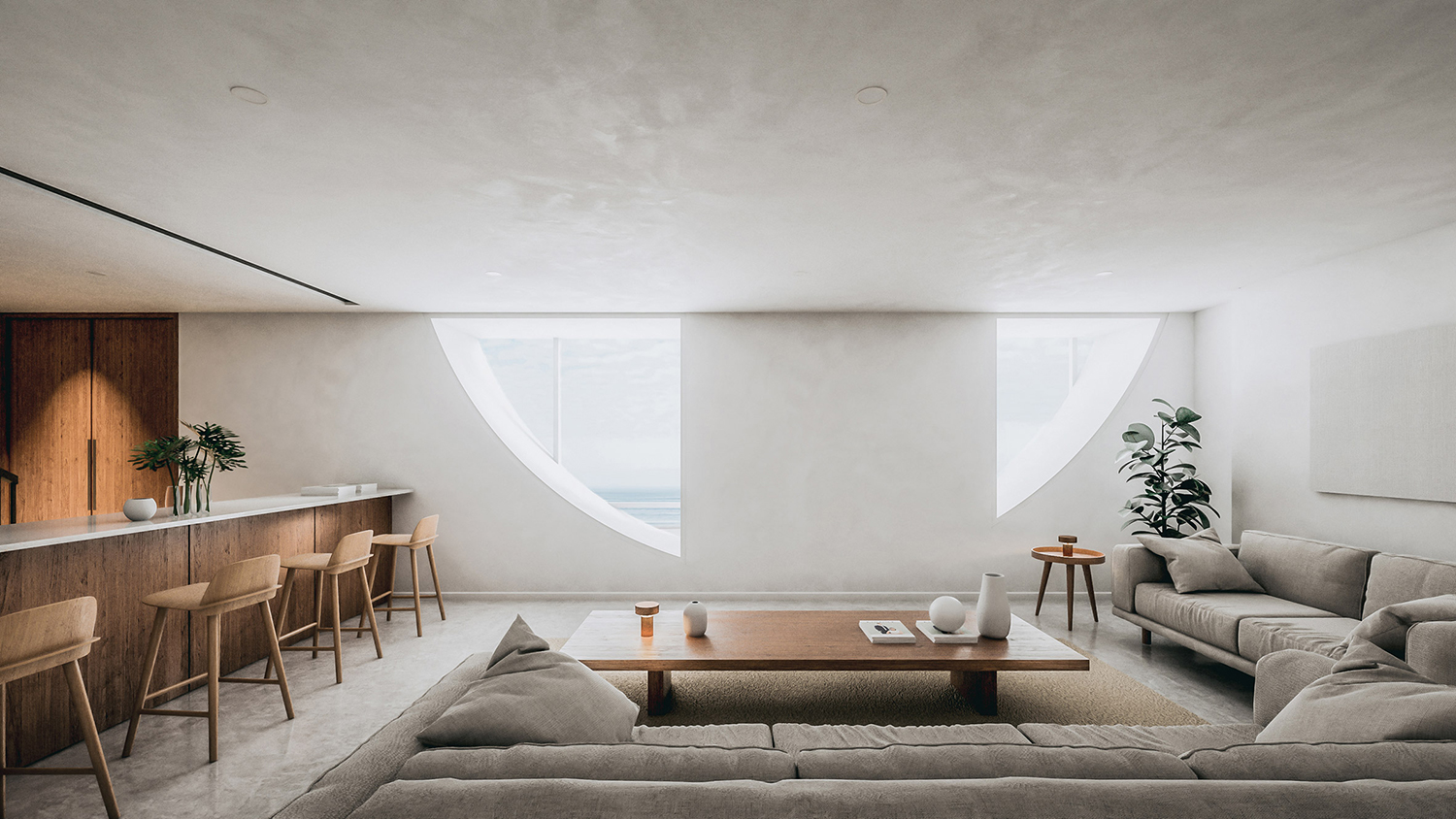 Despite conventional perception, the Dune Houes is environmental, whether it gets built on the beach or on a hilltop some distance away, the lack of utility connections limits the amount of excavation into a concentrated zone. Moreover, habitat protection measures are available for local animals and birds.

The design is also a success in natural preservation since it is only recognizable from sea and blends seamlessly with nature; immersed not imposed like many conventional houses in the area. 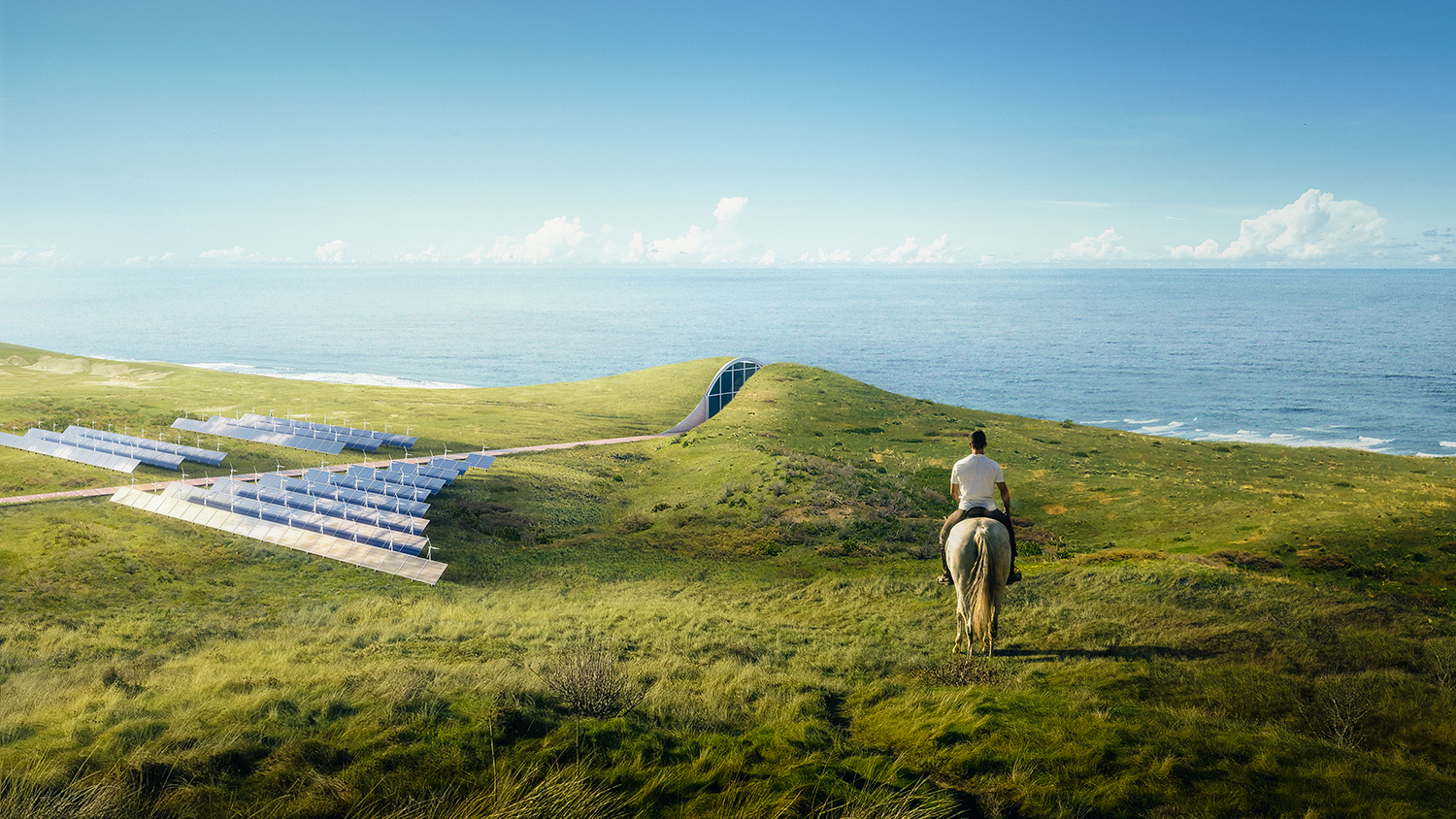 The Dune House embraces technology through smart heat-recovery systems, auto-climatic adjustment and self-storing solar panels and mini wind turbines. There are no machines but humming electrical devices that power, heat, cool and vent. There is no chemical waste, trash or fuel.