UK architecture studio Gundry & Ducker has recently completed the renovation and extension for White Rabbit House, which is set in a terrace of neo-Georgian houses built in Canonbury, Islington in the 1970s. This terrace is one of many similar examples built in a ten year period from the mid-1960s around Canonbury. Whilst the front facade was designed in the Neo-Georgian style, the interior layout and design were generic 1970’s housebuilders.

Stripping out the entire interior back to just the external walls and the roof, Gundry & Ducker inserted a new interior as a modern interpretation of a Georgian house interior. The design is centered around a cantilevered pill-shaped staircase that sits in a triple-height space with the upper rooms accessed directly off the stair. 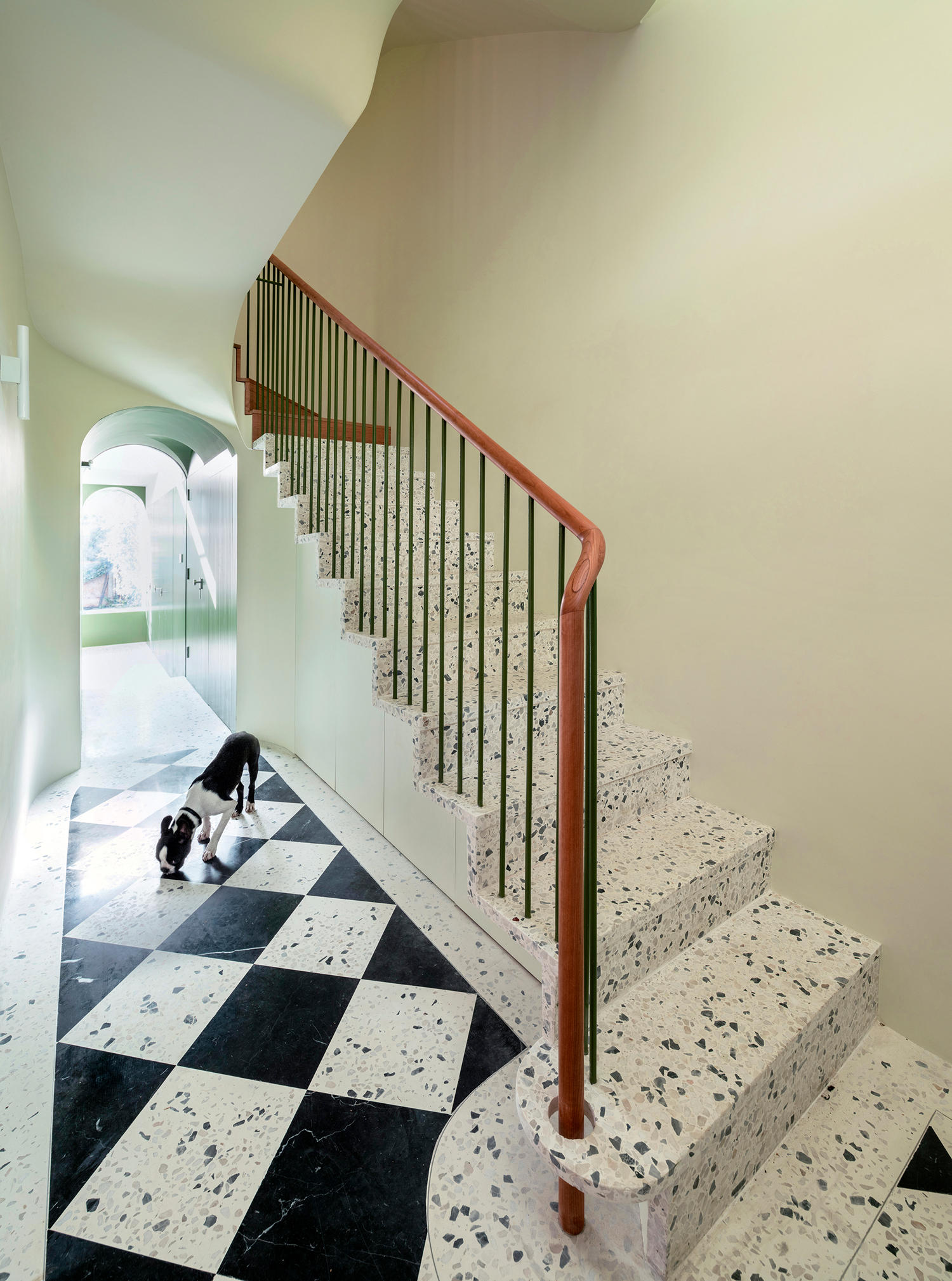 The hallway has a chequerboard floor in marble and terrazzo with the terrazzo continuing up the staircase. A rear extension provides a kitchen and dining space. A full-width roof light illuminates the middle of the plan. Local planning restrictions inexplicably prevented dormer windows to the rear (or any form of roof extension). The studio solution was to move the floor levels around to achieve three stories, within the available space. The design was intended to provide a contrasting route through the house. The initial volume of the entrance hall is contrasted by the scale of the arched tunnel beyond. There is a visual link through the house from the front door through to the arched garden window and space beyond. The rear facade is composed of white brick and terrazzo and alludes to Georgian marble fireplace surrounds. “The project was an opportunity to explore the skills of craftsman some of whom we have been working with for some years,” says Gundry & Ducker. “The cantilevered staircase was built entirely on-site and although contemporary is built in the same way a Victorian or Georgian staircase would be built. We also worked with a terrazzo specialist on a bespoke mix terrazzo used both in-situ and precast formats. This formed the stair treads, the flooring, worktops and the cladding of the rear façade.” 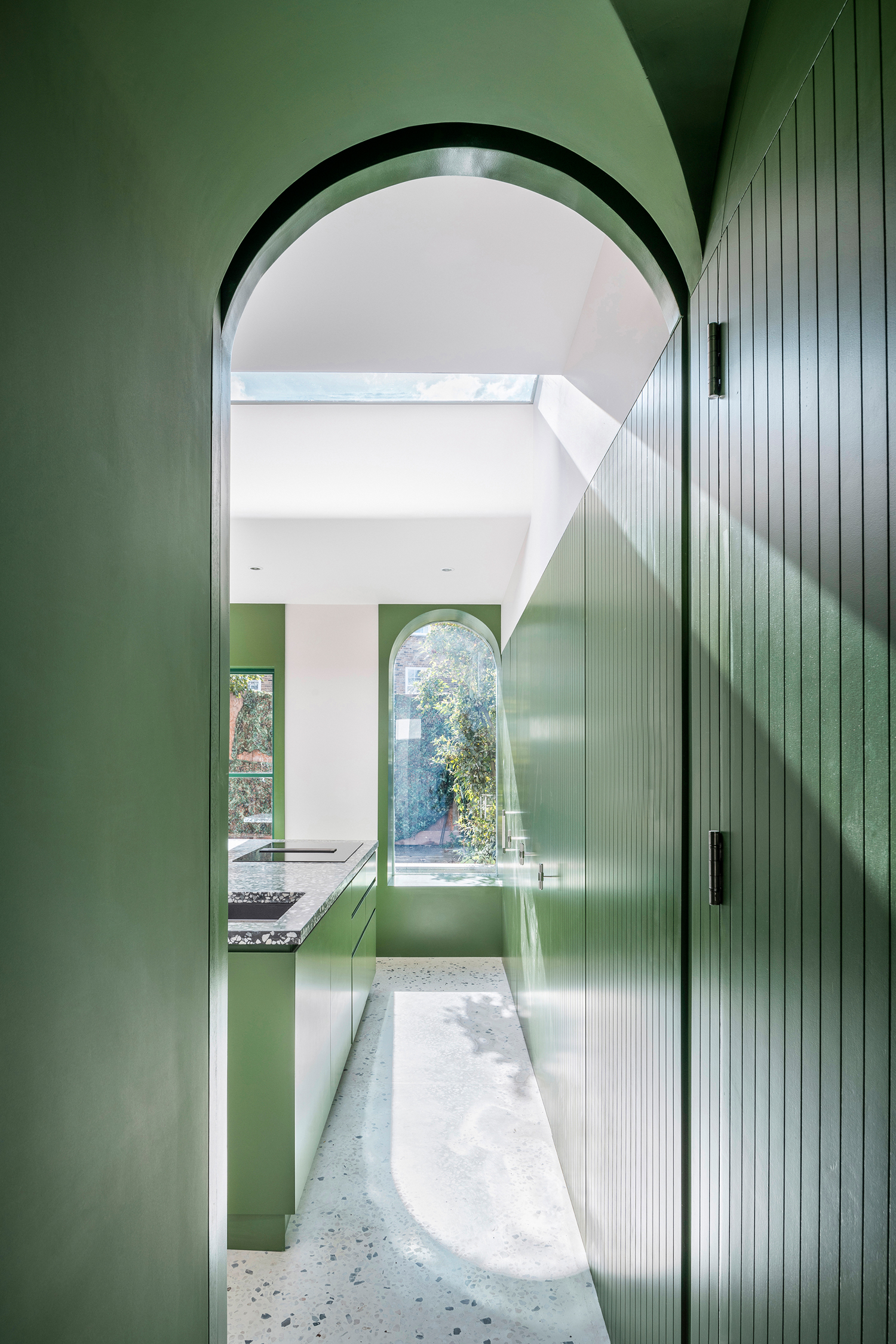