In a rural area of Northamptonshire in the UK, Will Gamble Architects has recently extended a Grade 2 listed double fronted Victorian house. The project makes use of a disused cattle shed and the ruins of a former parchment factory and a scheduled monument.

The client’s initial brief was to convert the cattle shed and demolish the ruin to make way for a new extension. From the beginning of the design process, it was clear that the client viewed the ruin as a constraint as opposed to a positive asset that could in fact be celebrated through a sensitive but well-conceived intervention. 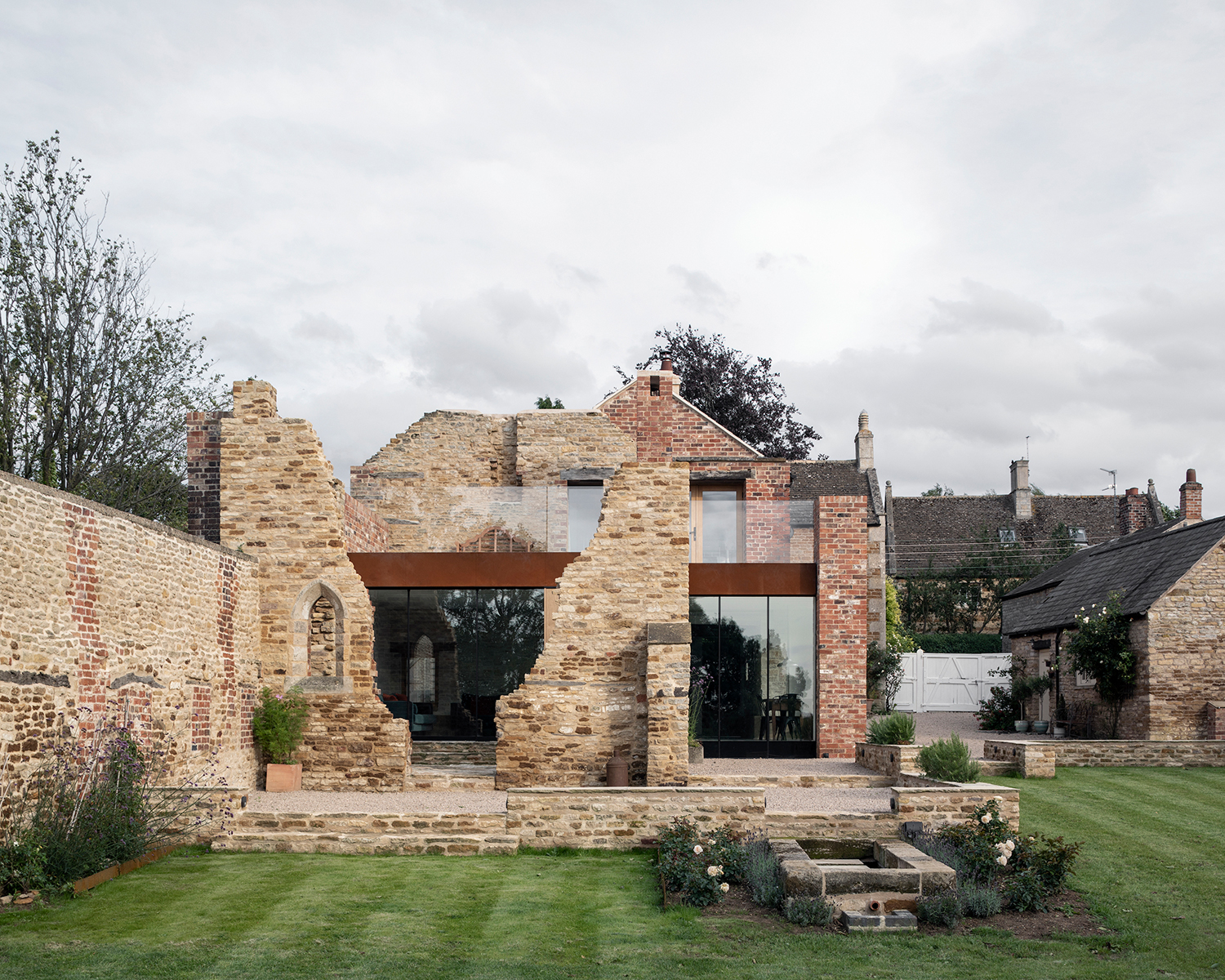 Instead of demolishing the ruin, Will Gamble Architects proposed “a building within a building” – where two lightweight volumes could be delicately inserted within the masonry walls in order to preserve and celebrate it.

A palette of honest materials was chosen both internally and externally which references the site’s history and the surrounding rural context. 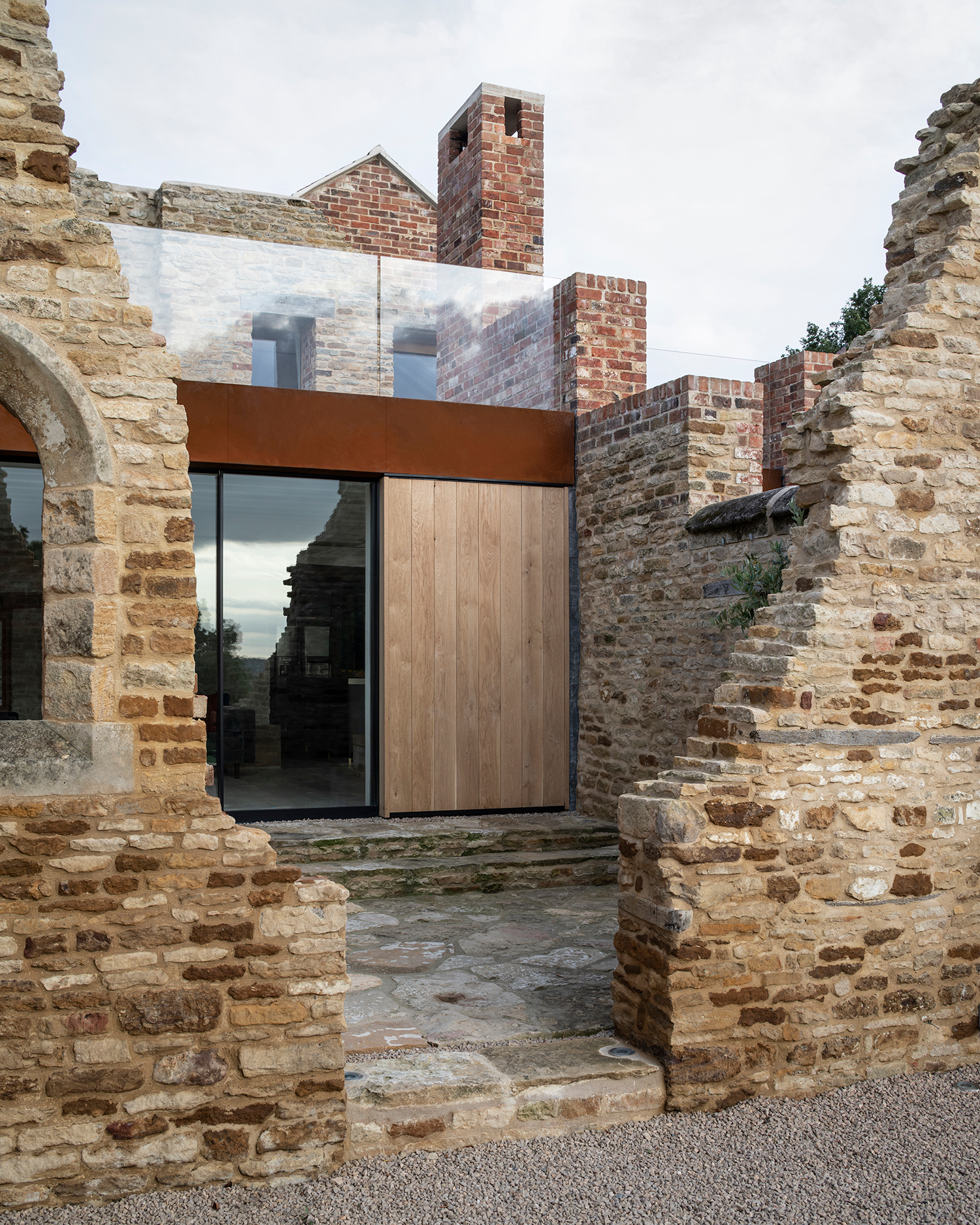 Externally, corten steel, oak, and reclaimed brick have been used. The extension was built out of up-cycled materials predominantly found on site which was both cost-effective and sustainable, whilst allowing the proposal to sensitively blend into its surroundings. Internally the structural beams of the existing cattle shed were exposed as well as the steelwork to the new parts – the stone walls were re-pointed and washed in lime to create a mottled effect and a concrete plinth was cast along the base to create a monolithic “skirting”.

A contemporary kitchen (also designed by the practice) juxtaposes the uneven and disordered nature of the ruin and continues the theme of a modern intervention set within a historic context. 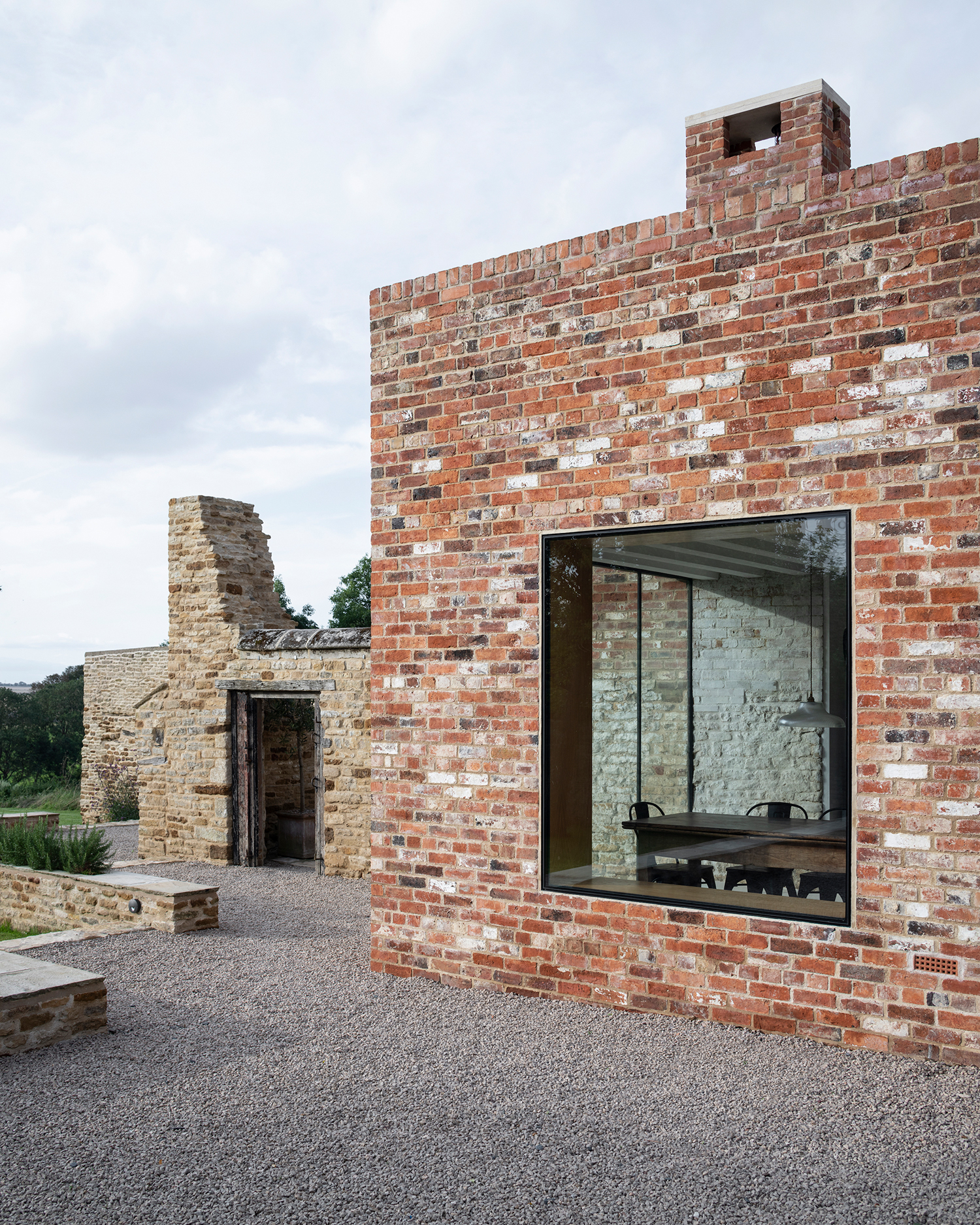 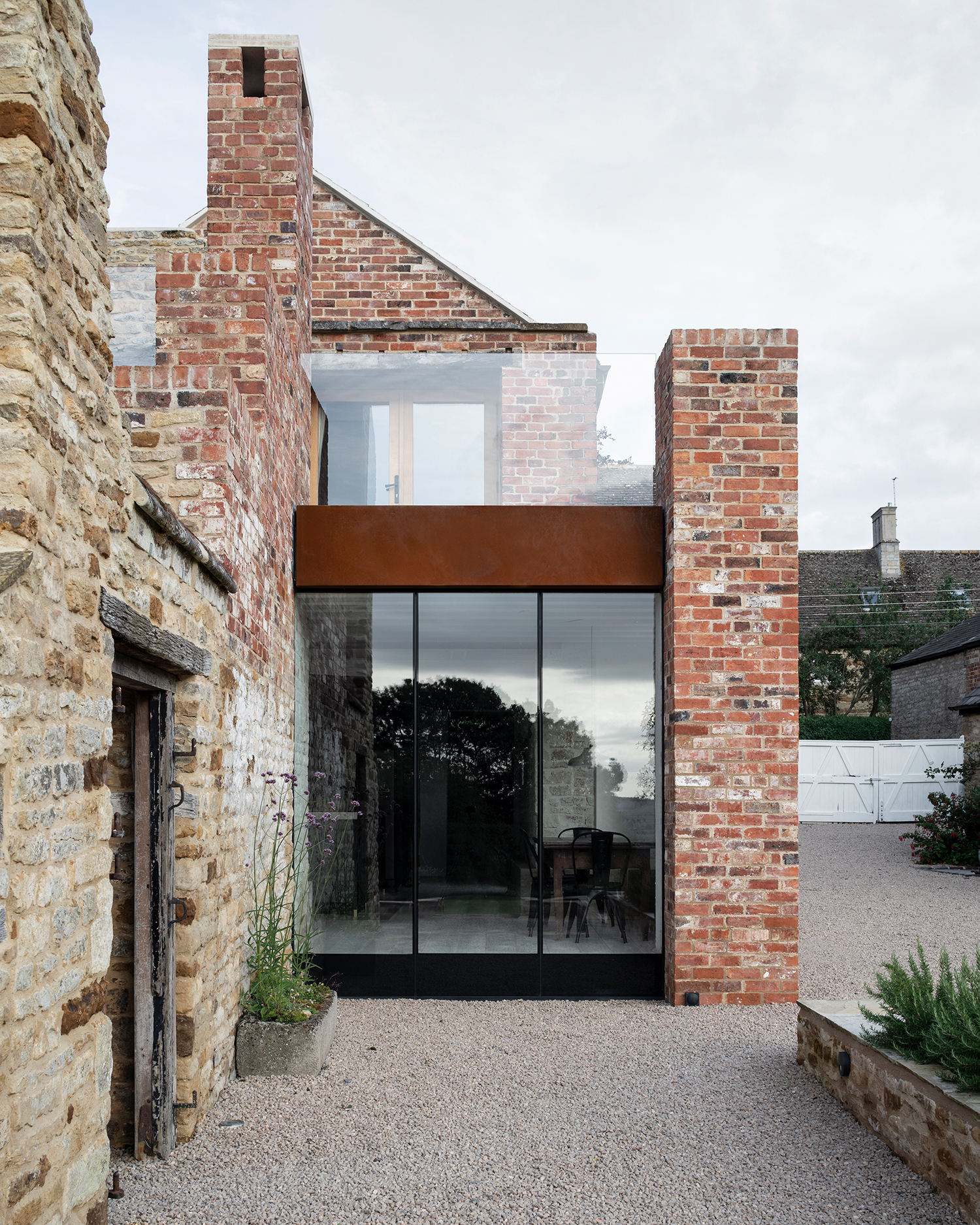 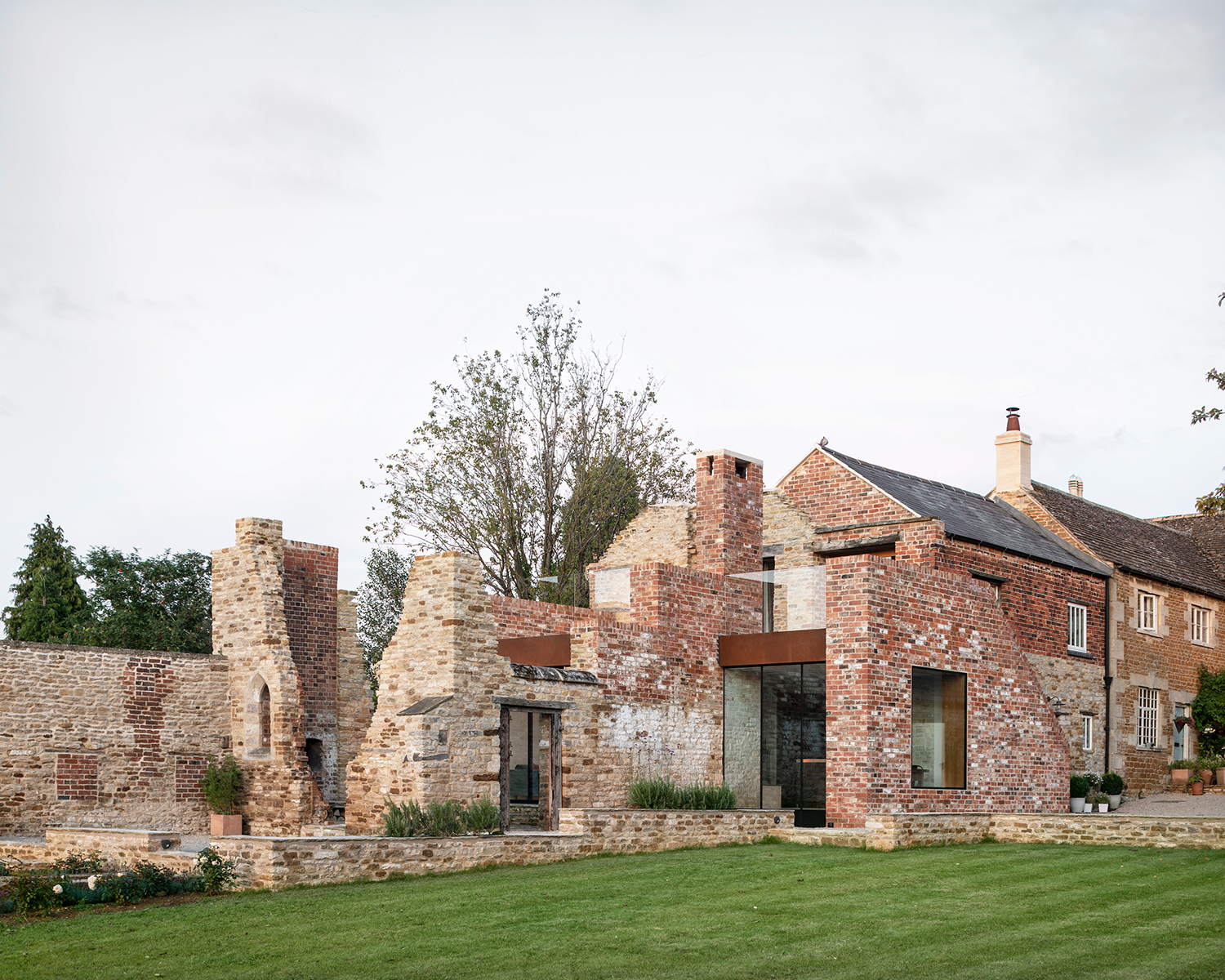 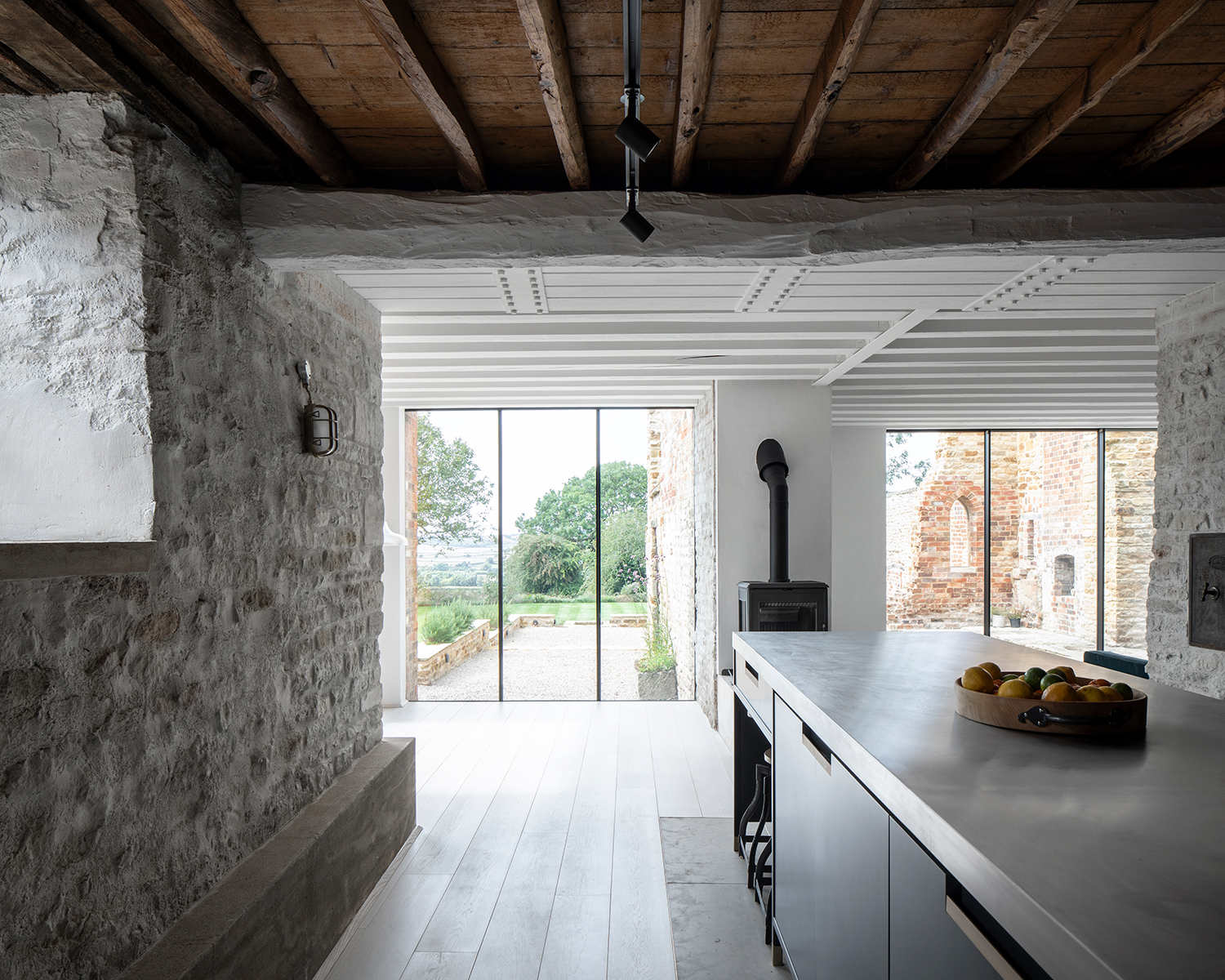 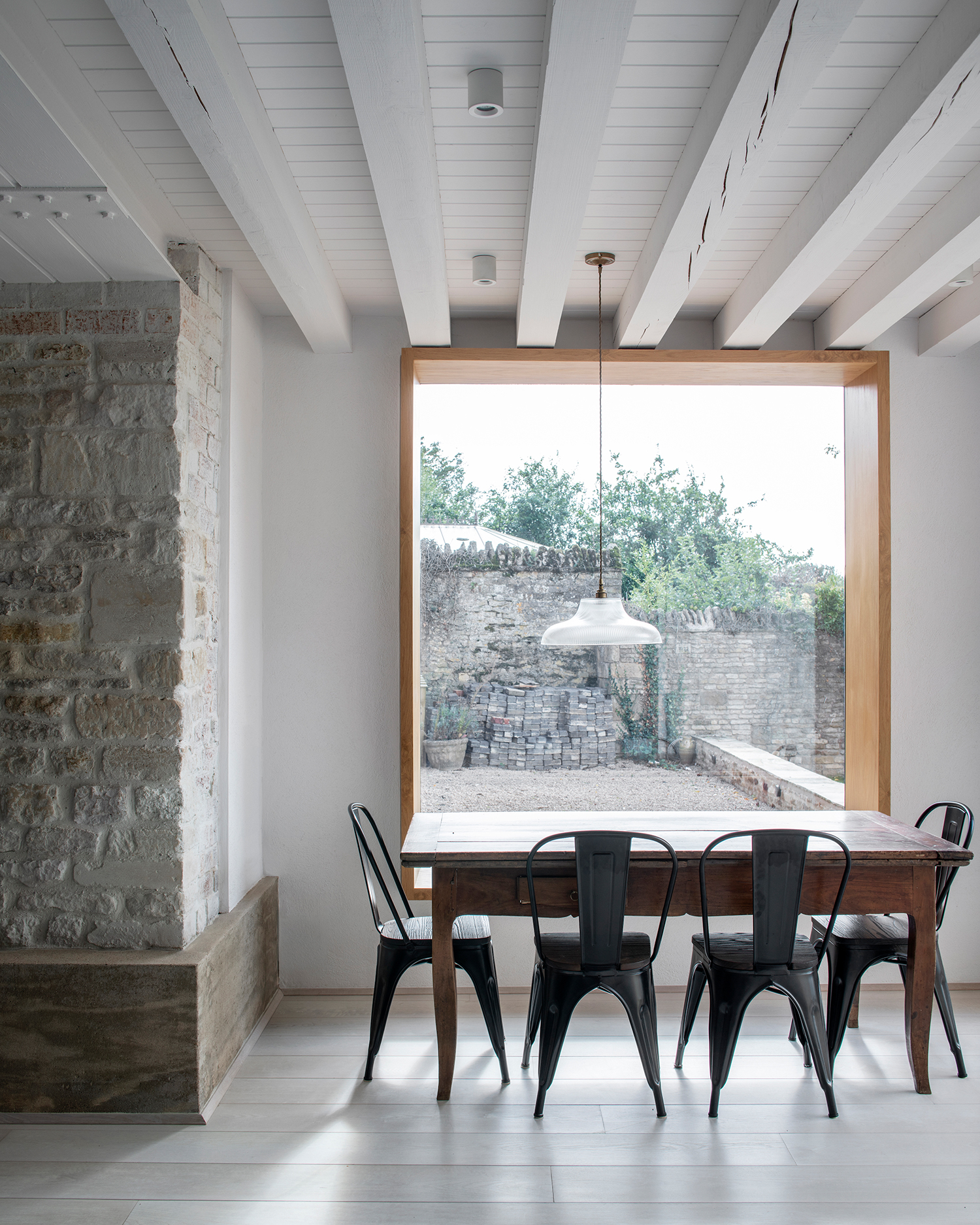 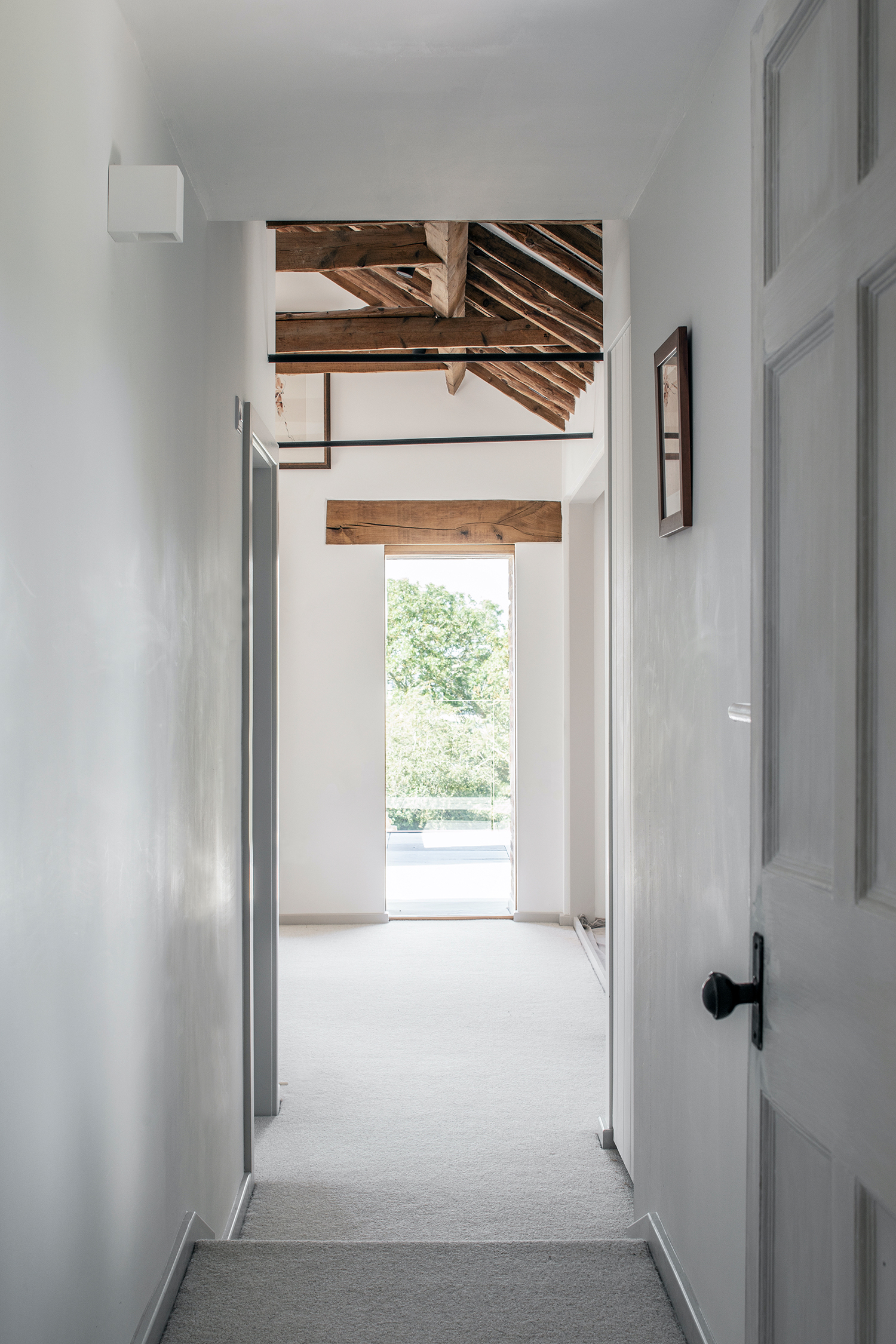 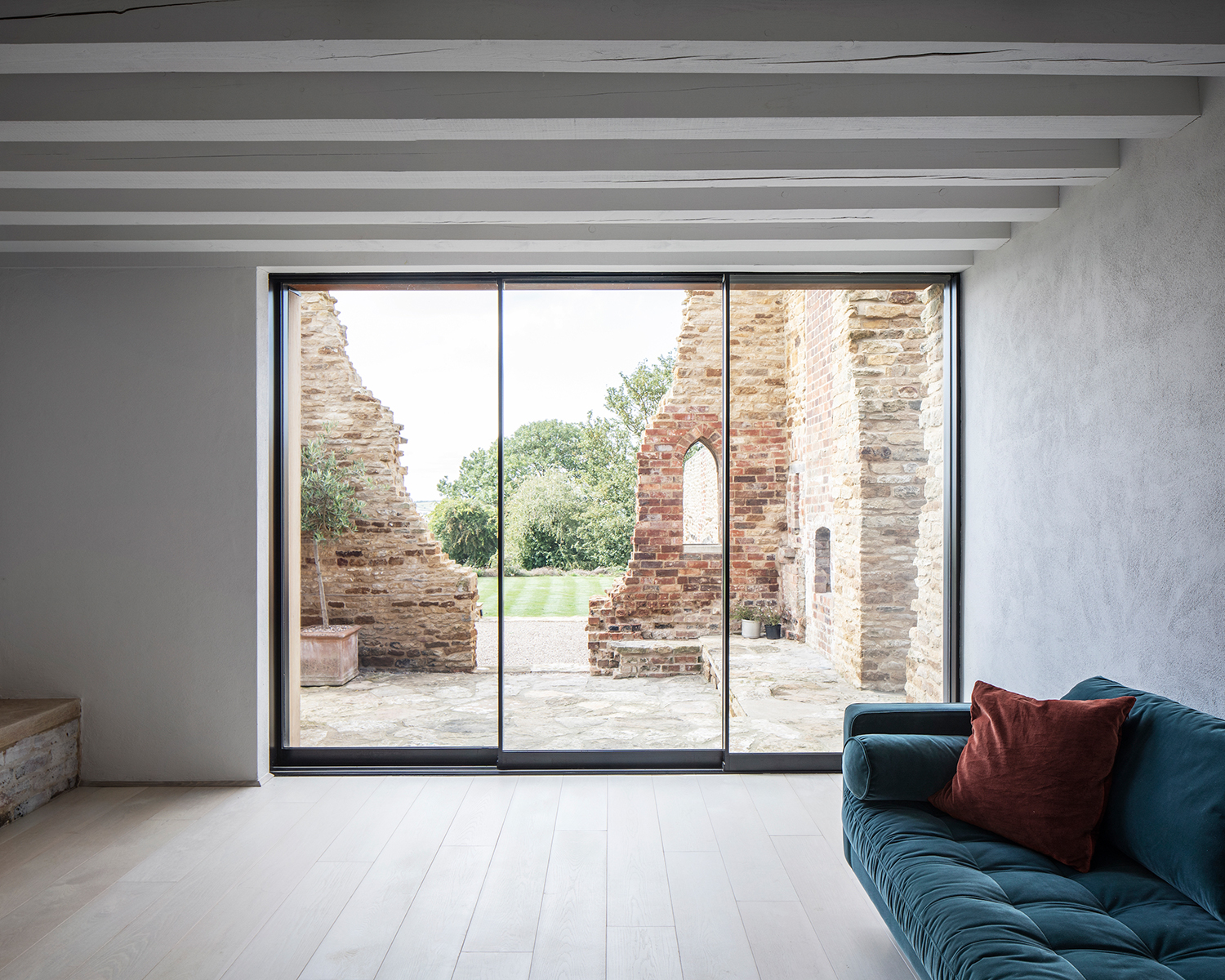 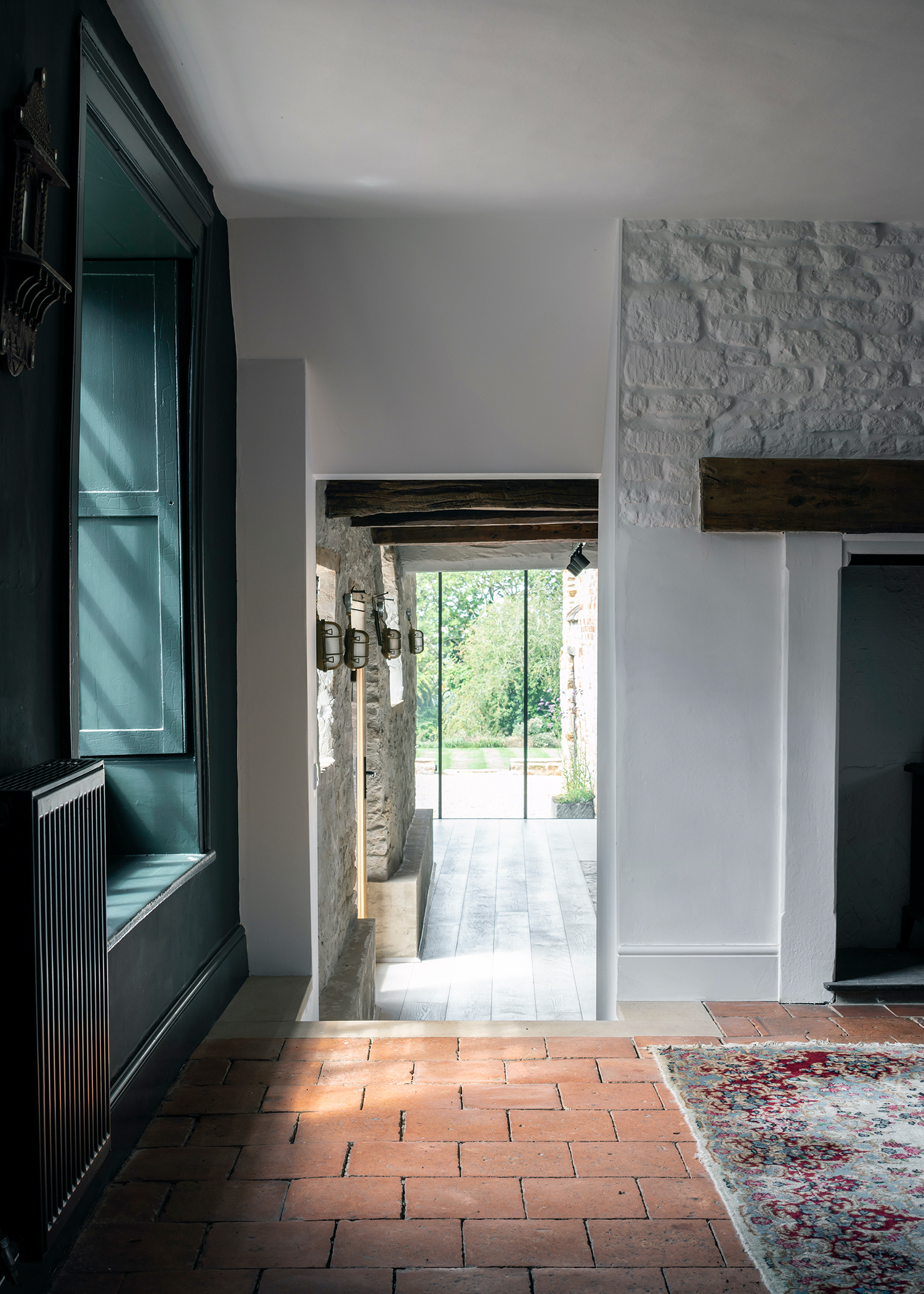 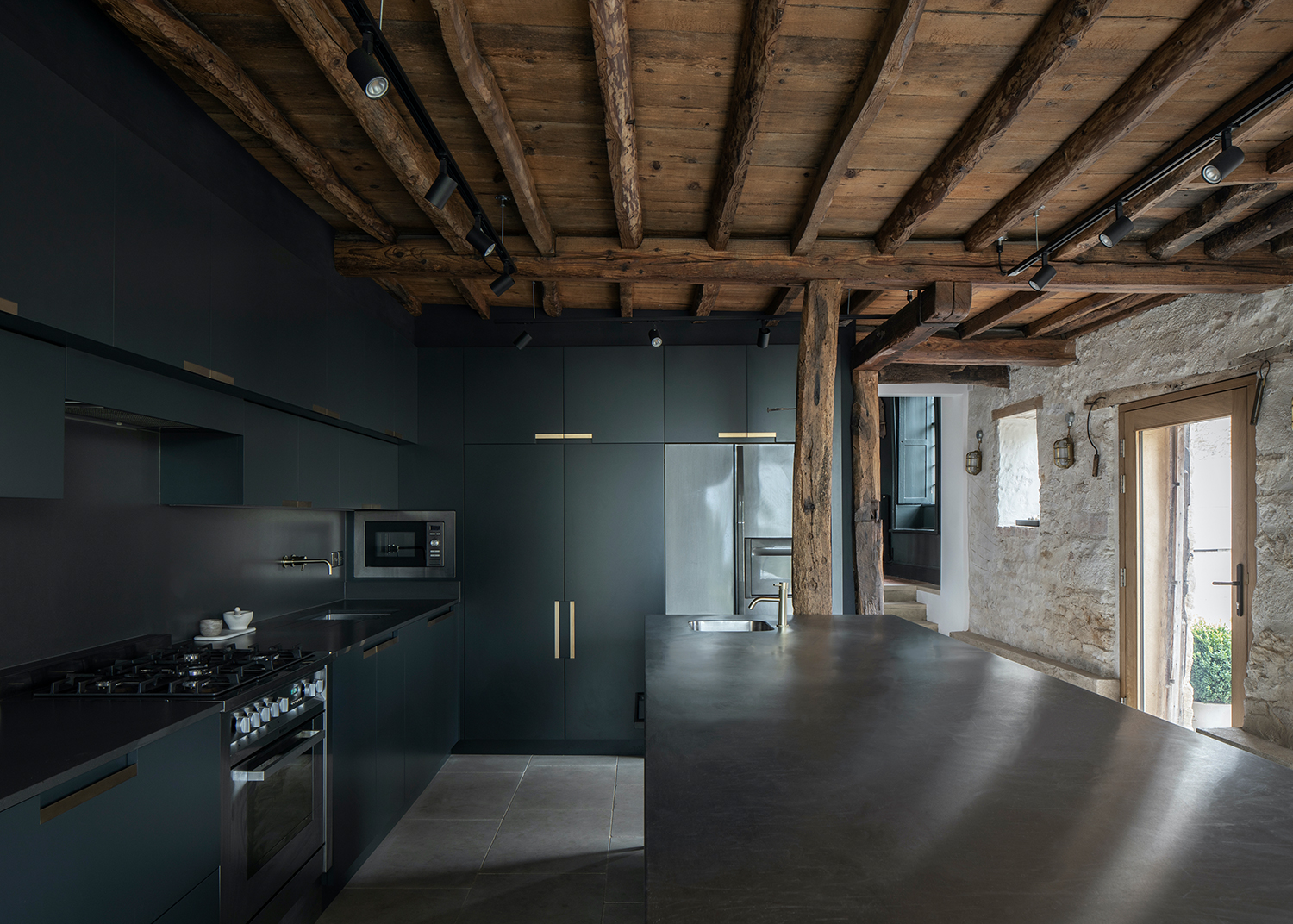 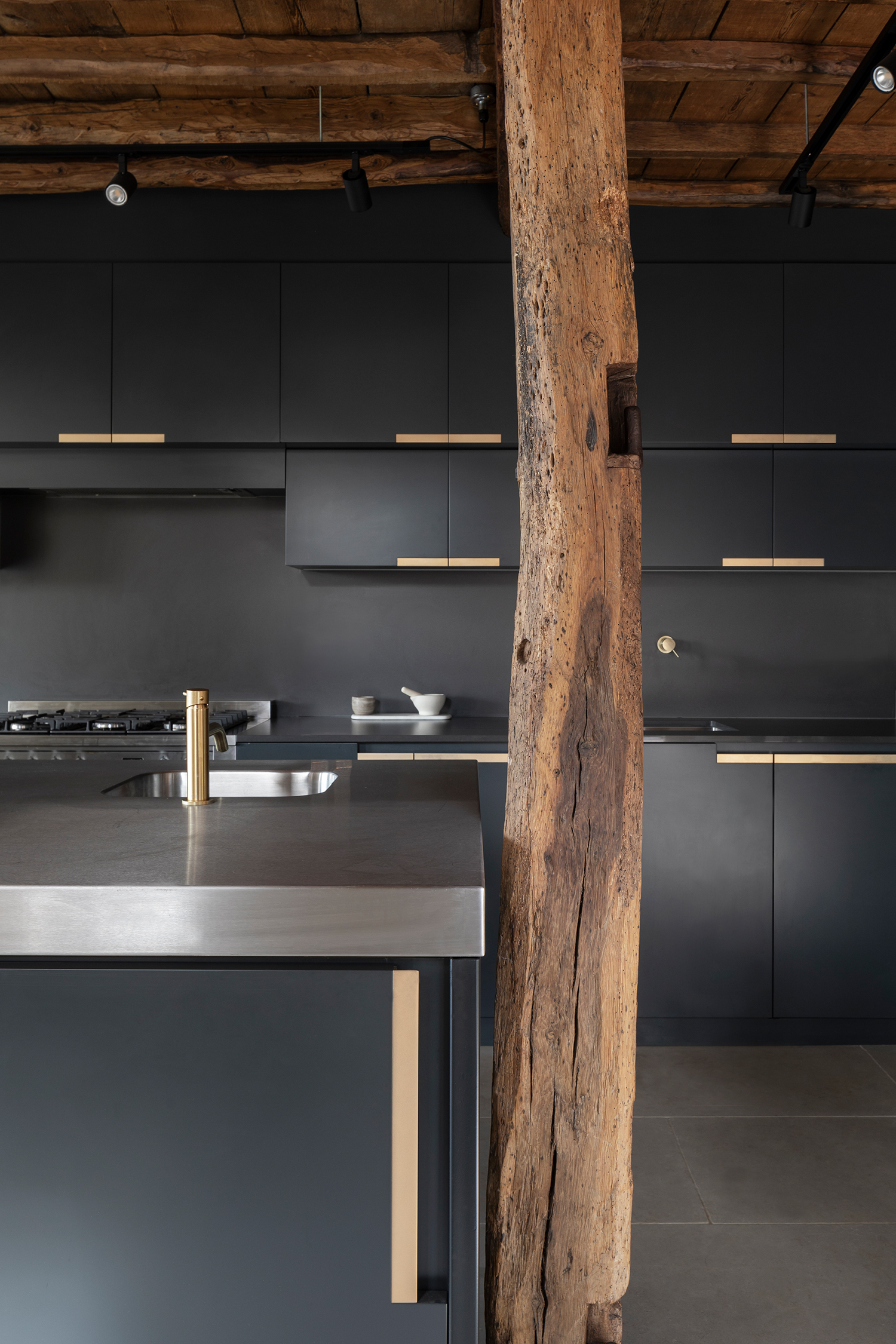