Studio Velocity has recently topped Sanno’s office in Okazaki City, Aichi Prefecture, Japan, with a large, curved, inhabitable roof. The studio has built the two-story wooden office building as an open plan interior on the ground floor, while the rooftop, which features an open-air area, maintains its privacy as it is mostly surrounded by densely built constructions. 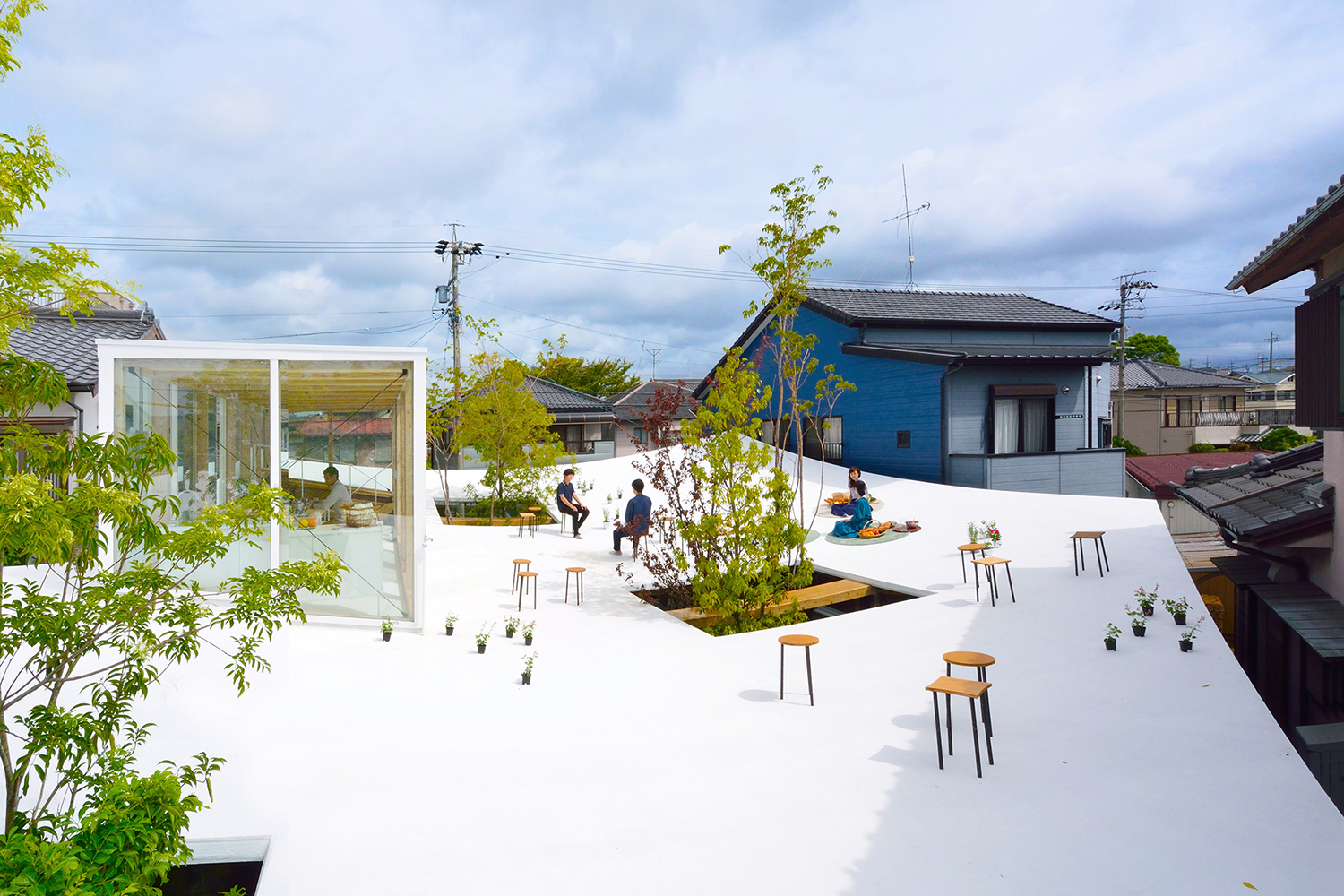 The single curved surface of the roof appears to float amidst the residential buildings of the area, while its form results in a ceiling of varying heights for the level underneath. Trees grow from the ground floor and up through the openings on the roof, recreating the atmosphere of a park. 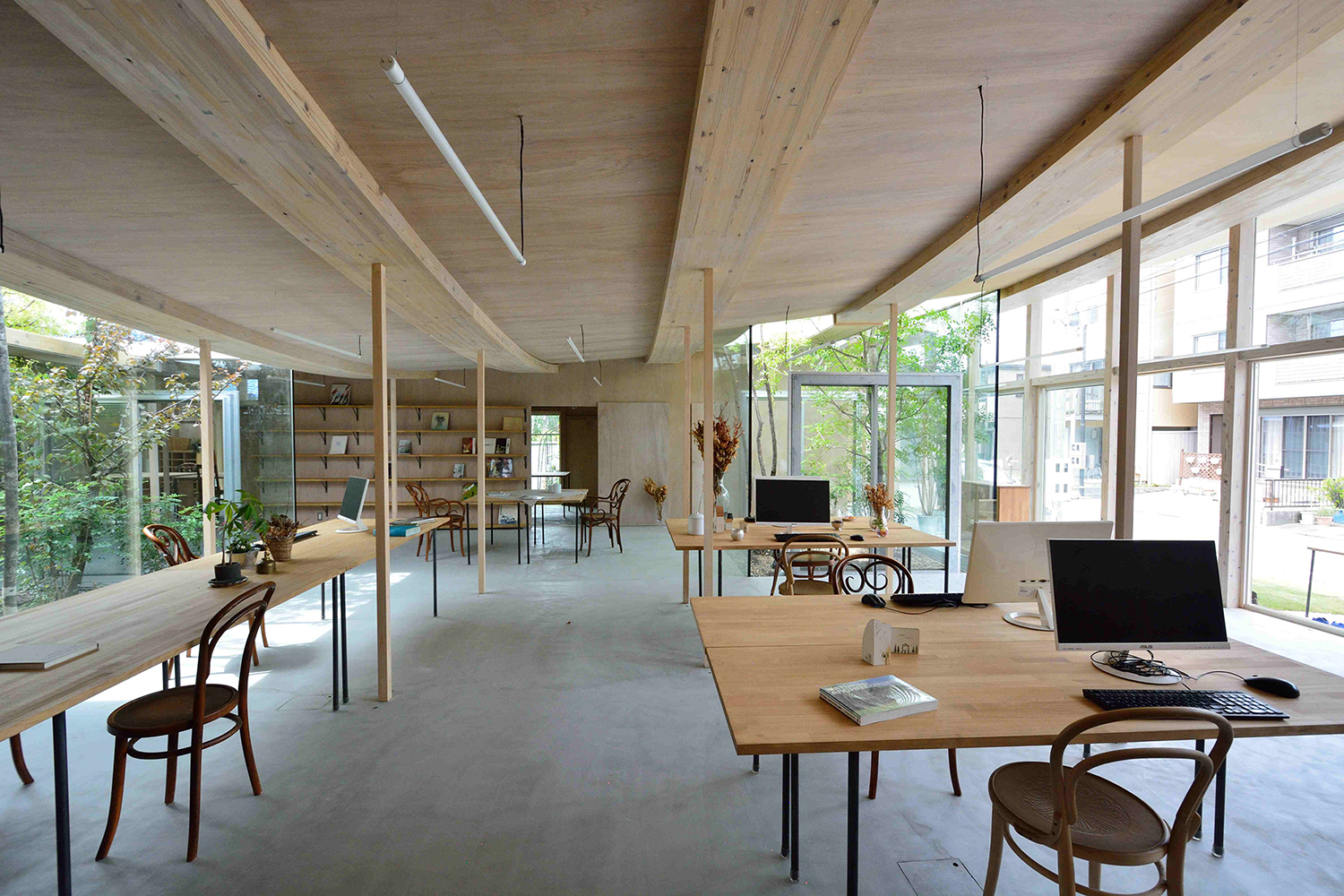 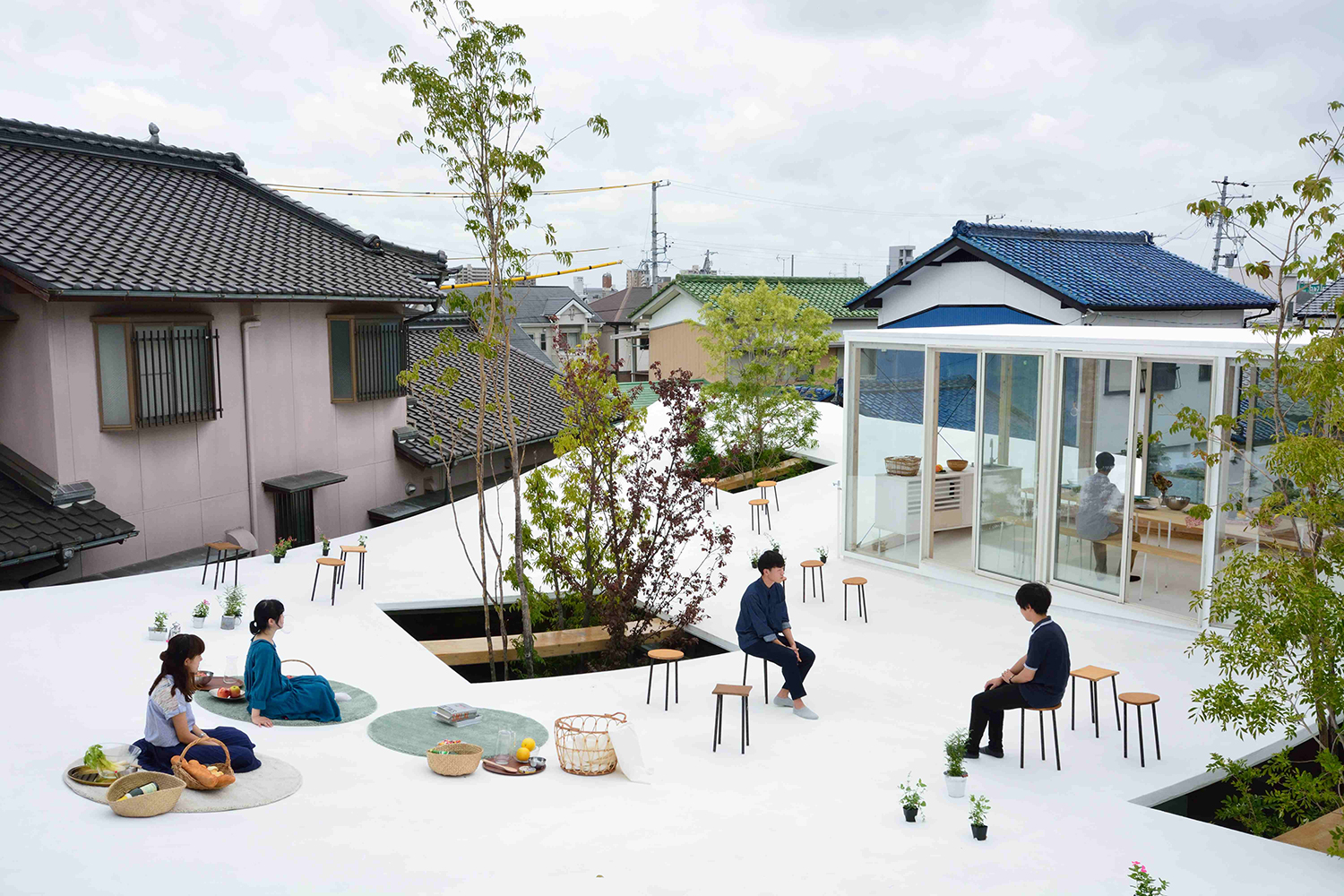 In order to eliminate the influence of the structure method, the architect used cypress instead of cables. Except for the extremely flatten beams and thin columns that seem not able to support the roof, the whole interior space is almost the same as other wooden structured buildings.

The architects use soft methods to define the interior space, including random vertical wooden materials, furniture arrangement, and integration of spaces. 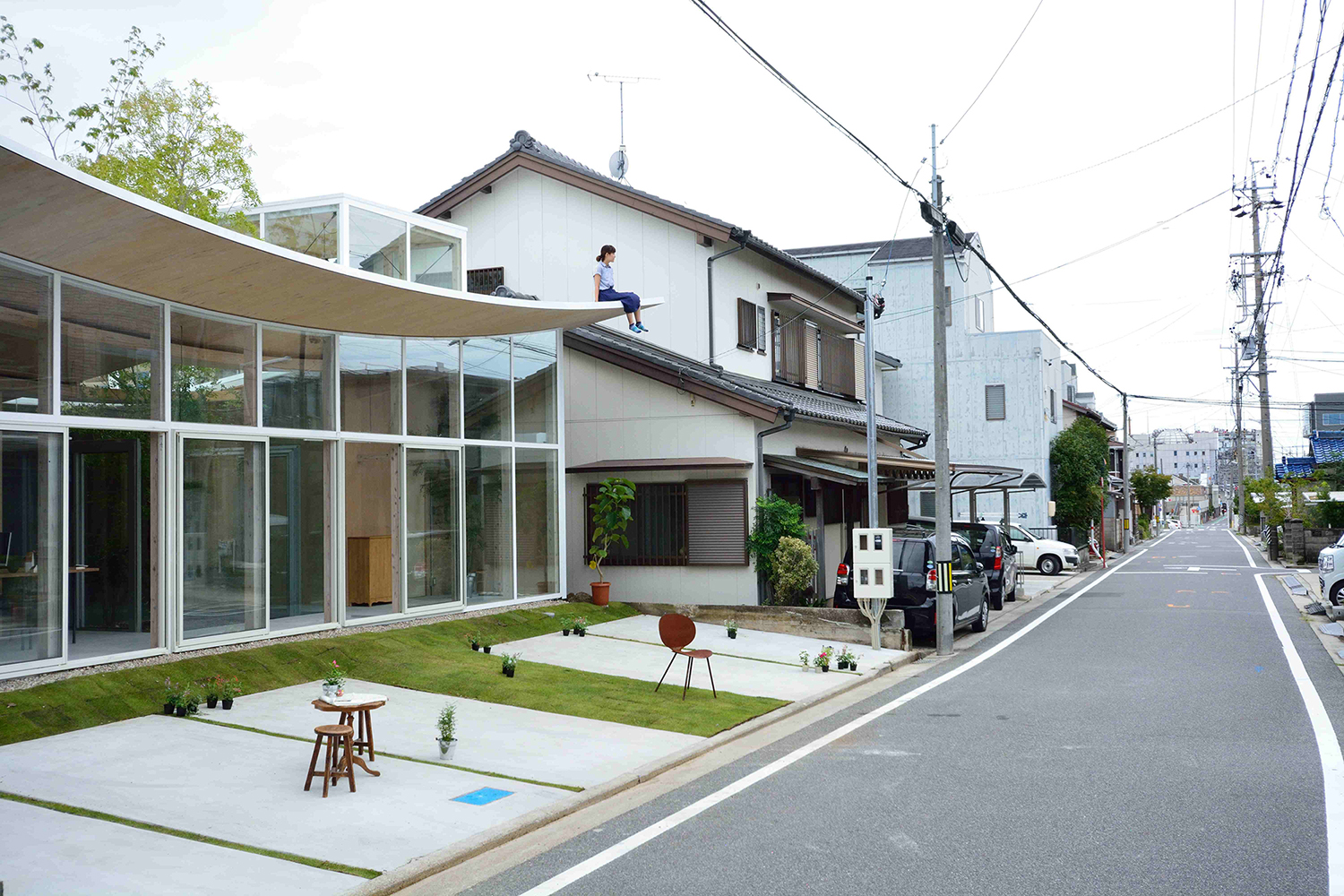 When people get on to the roof, the stress on the tensioned vertical structure below would reduce, which allows the roof to bear about 400 kilogram per square meter. The stress in the tensioned structure counteracts the load on the roof, which could avoid changes in the shape of the roof.