Amelia Tavella Architects has transformed a ruined 1950s residence on the French island of Corsica into a light-filled seaside holiday home. Just a stone’s throw from the beach, the design focuses on making the most of the idyllic location and celebrating the natural landscape.

Interior and exterior are never untied, but balanced according to the strength or the softness of the light passed through the sieve of the striped shutters, pivoting doors which invite or protect in the vast living room with secret alcoves leading to the upper rooms, while the plants and flowers escort the swim. The white building surrounded by sky is built overhanging the Mediterranean which unfolds a few meters away and which can be reached barefoot on the hot slab. 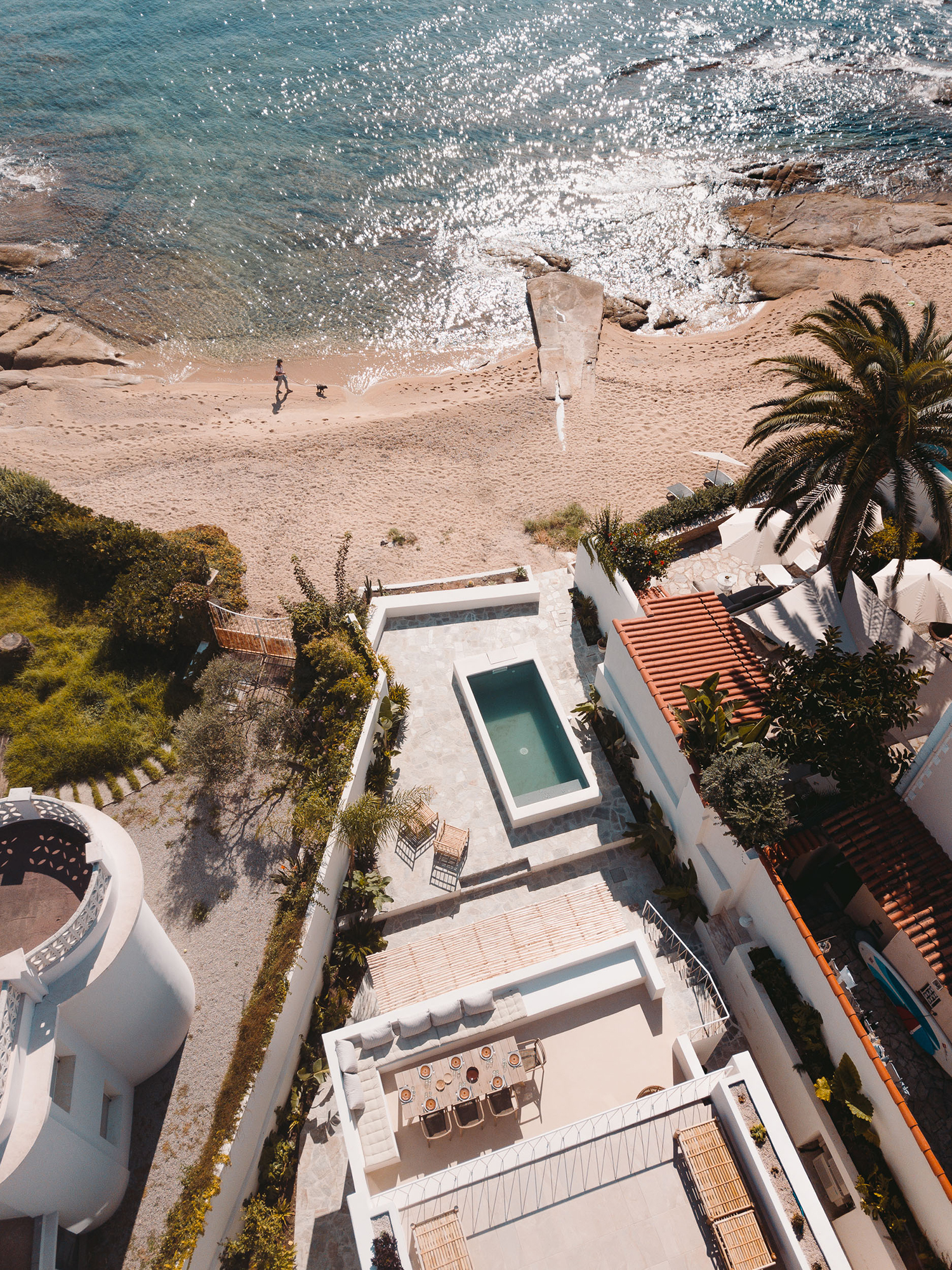 “It is a house from the 1950s that had to be rebuilt without leaving behind vestiges of the past: its soul, its spirit,“ said Tavella, who hails from Corsica and leads her own self-titled practice. “I believe in the memory of walls, in the way it leaves its mark on a space. This is the story of the fun you had to find here. The pleasure of baths, invasive nature, close proximity to the beach, rocks, the Mediterranean Sea. The house is as if extracted from the city, which is fading in favor of beauty, of silence. Pivoting doors, alcoves, no partition prevents the view. I wanted beauty to flow, to be an invitation to the horizon, to the imagination. The railings are made of rope, the striped shutters inspired by the shutters and the frame doors let the light circulate while filtering it when it is intense.” 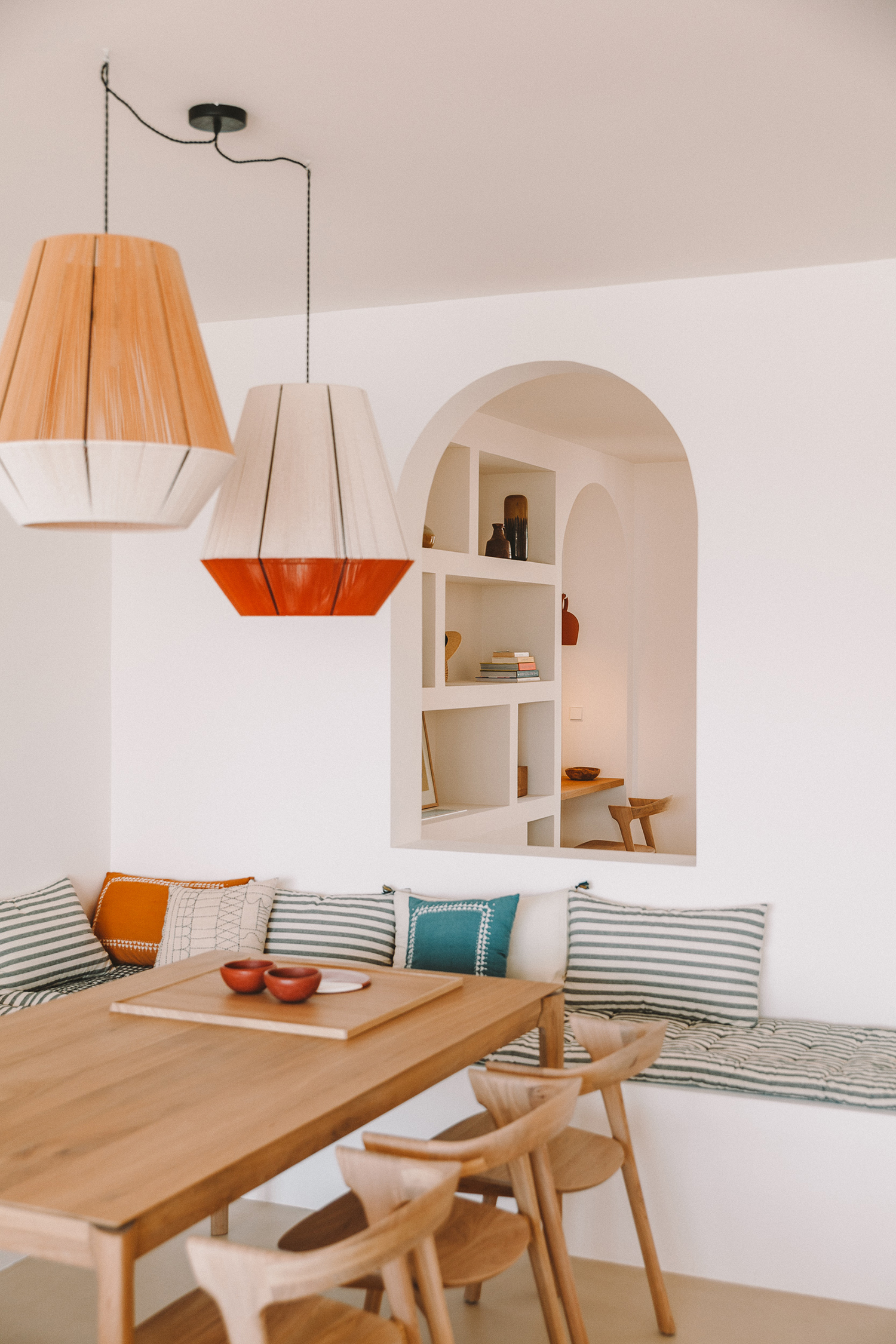 “The different levels, inside the large living room, its fireplace and the upper rooms connected by a wooden staircase, outside the slab path which descends, are all steps to access the beach which is an offering, a trophy, just behind the Sanguinaires road,” continues Tavella. “The smooth white facade never hits the sky, the plants, the flowers remain the guardians of the swimming pool and its terrace. It is the quintessential vacation home, the one that haunts my memory of happy childhood evenings when the night embraces the day and beauty is a celebration.” 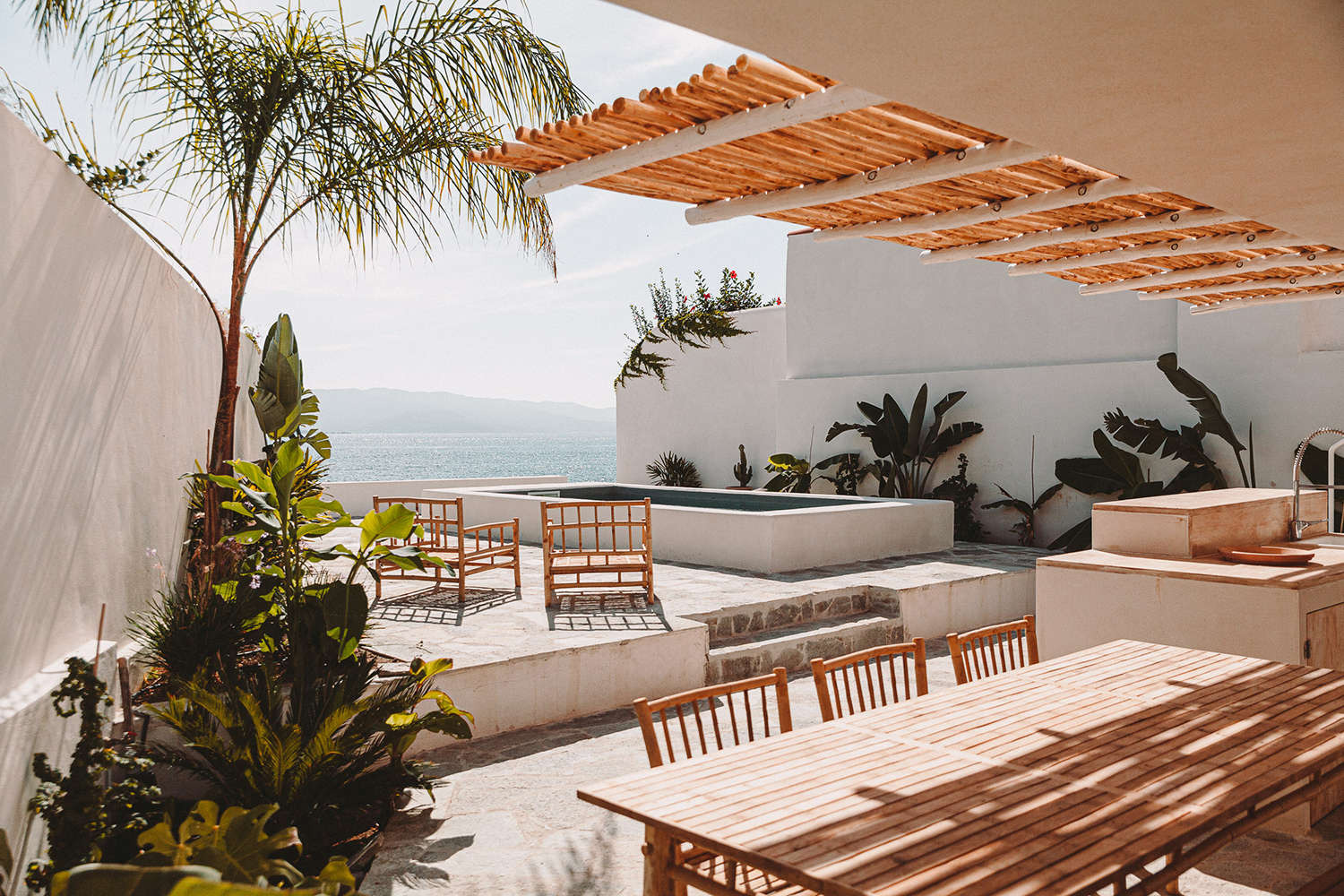 “When I build, I don’t defeat. There is no betrayal. I proceed by inclusion. Nature invades my projects. She is neither an obstacle nor a hindrance, she is my host whom I celebrate,“ concludes the architect. “I adapt to the trees, to the light, to the relief. It’s my way of balancing a modern gesture, architecture, with the tradition of a cliff, a ravine. There is something ancestral with nature. I am moved by it, often. I have so much passion for creating, inventing from an already written history. Each time, it’s a gamble: inscribe the building in the original space without shocking anything, moving or mistreating it. It’s an extension, not an amputation.” 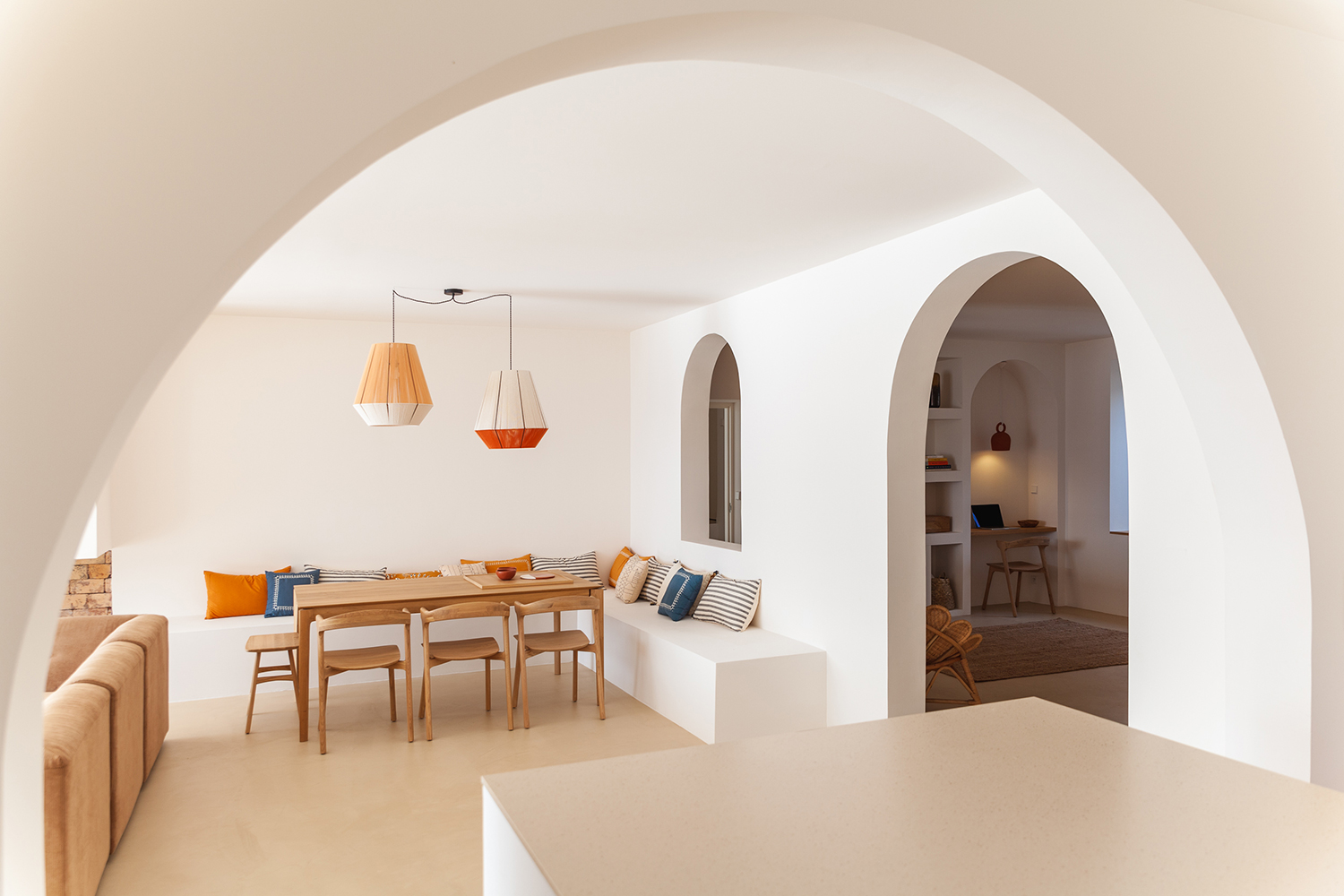 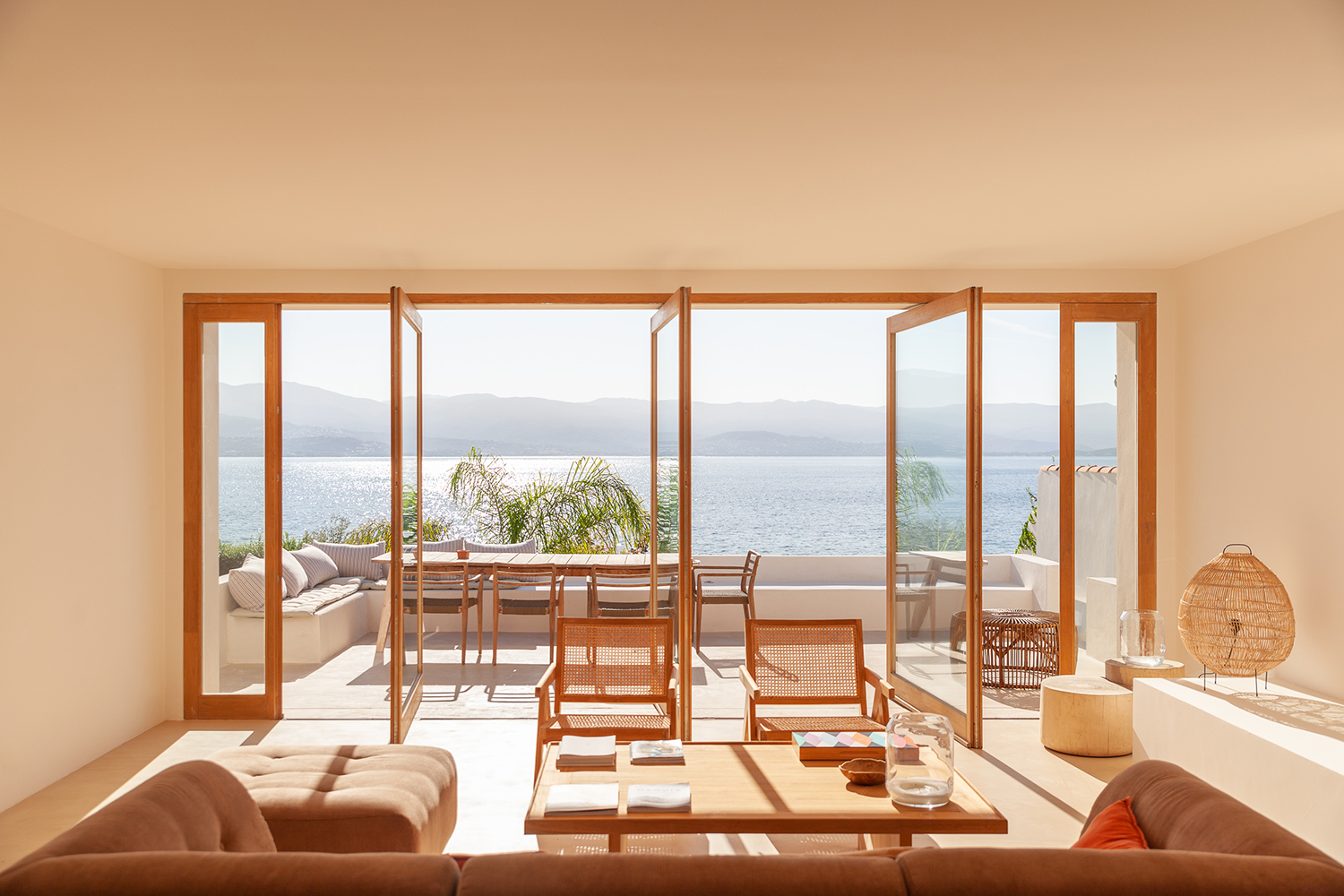 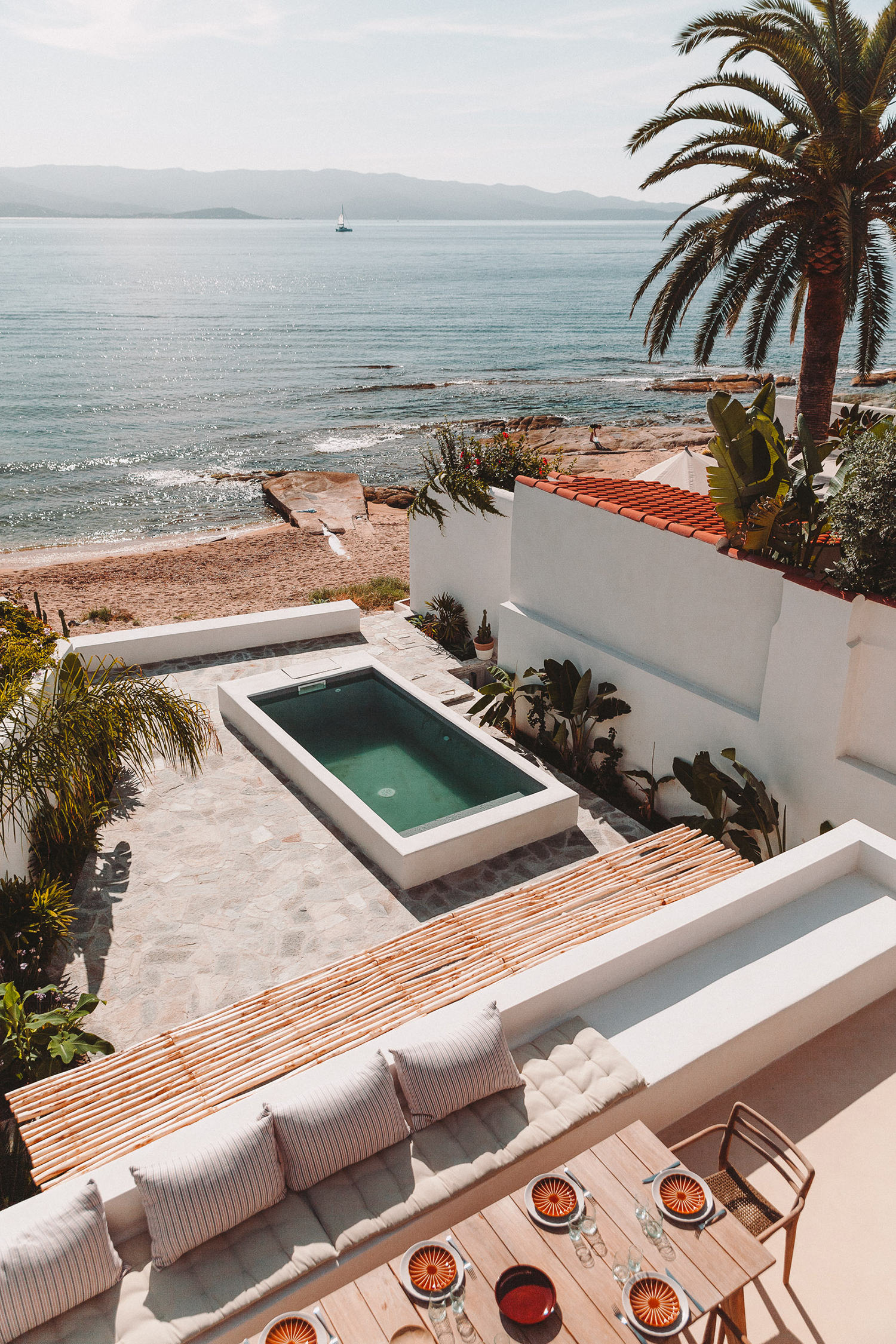 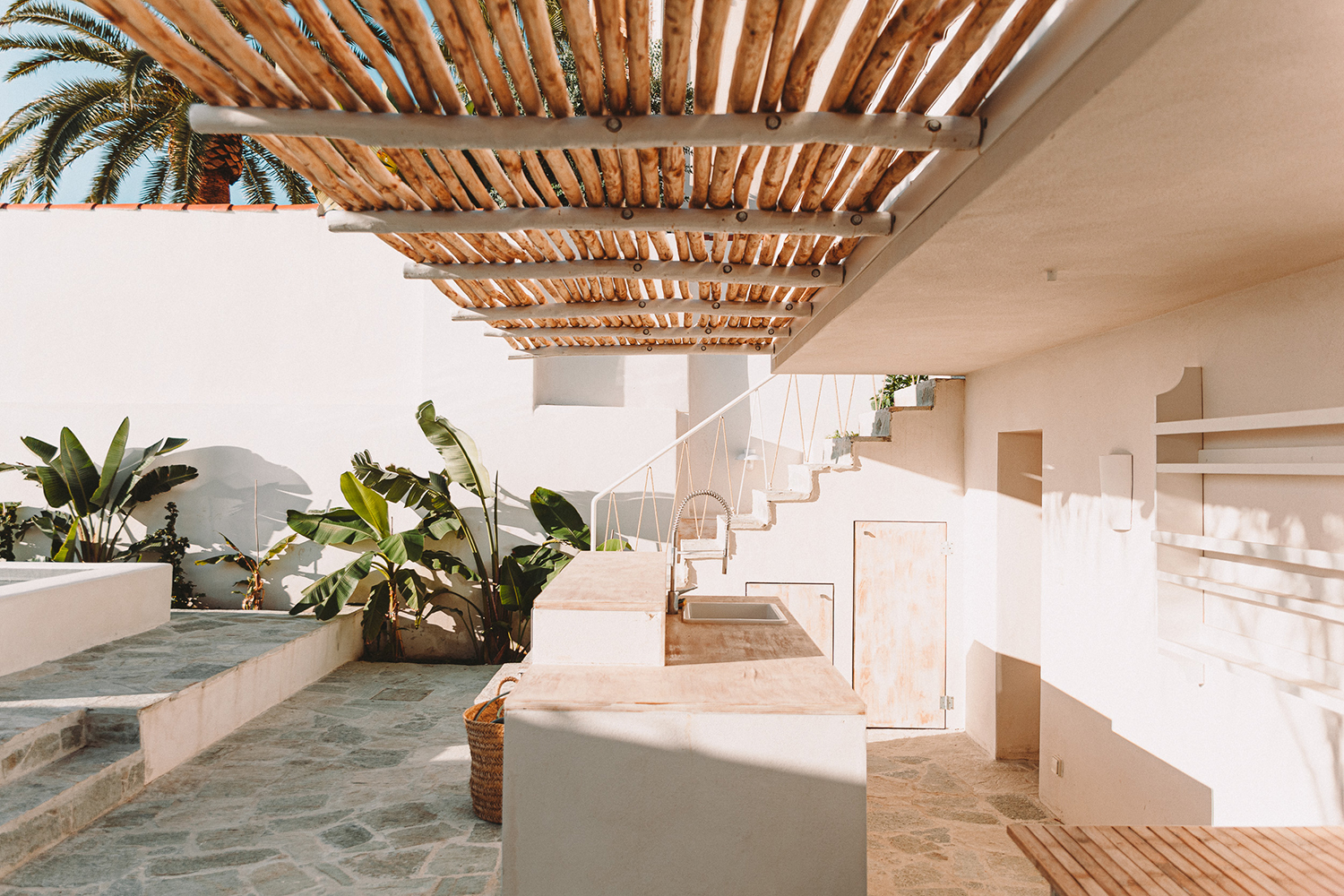 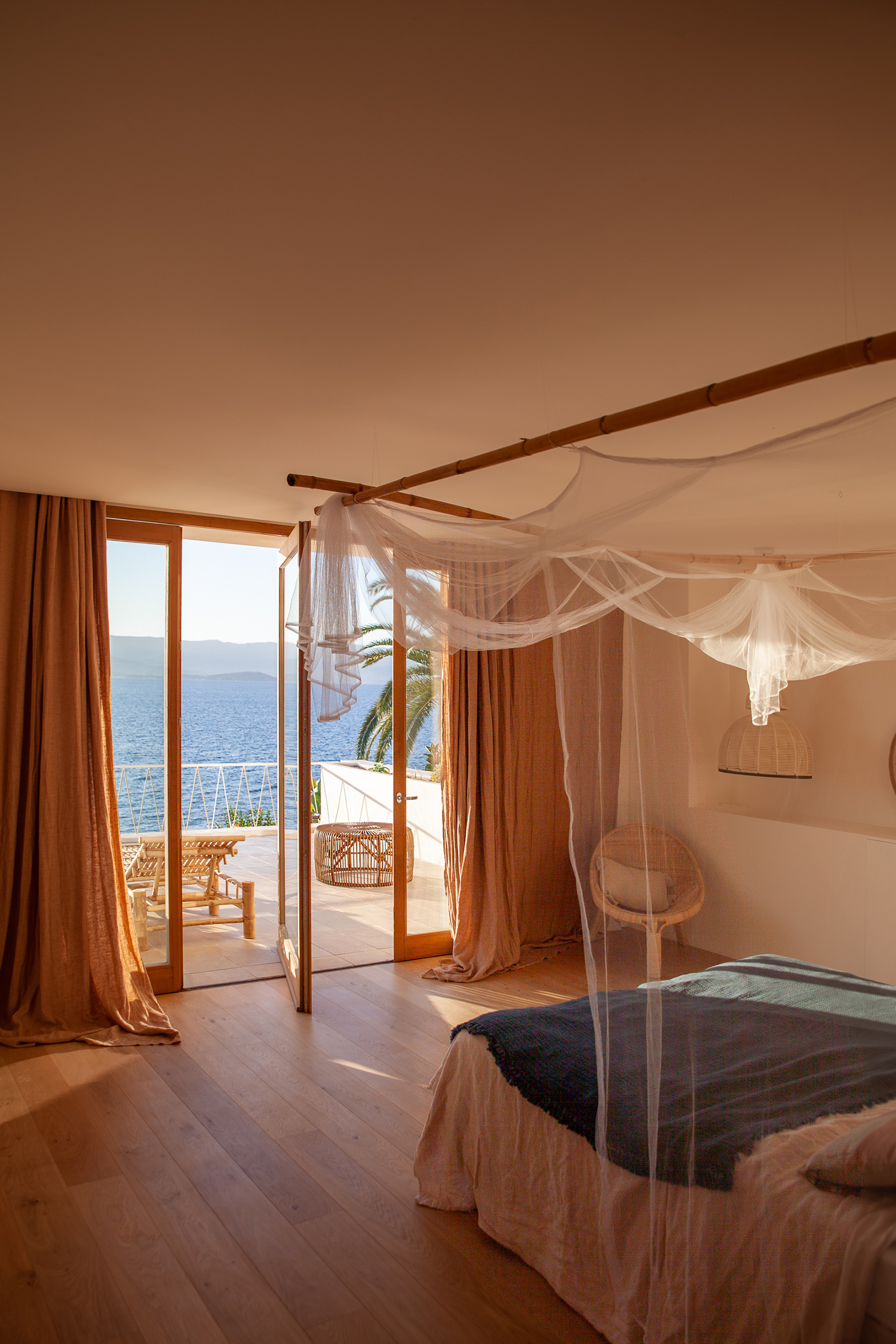 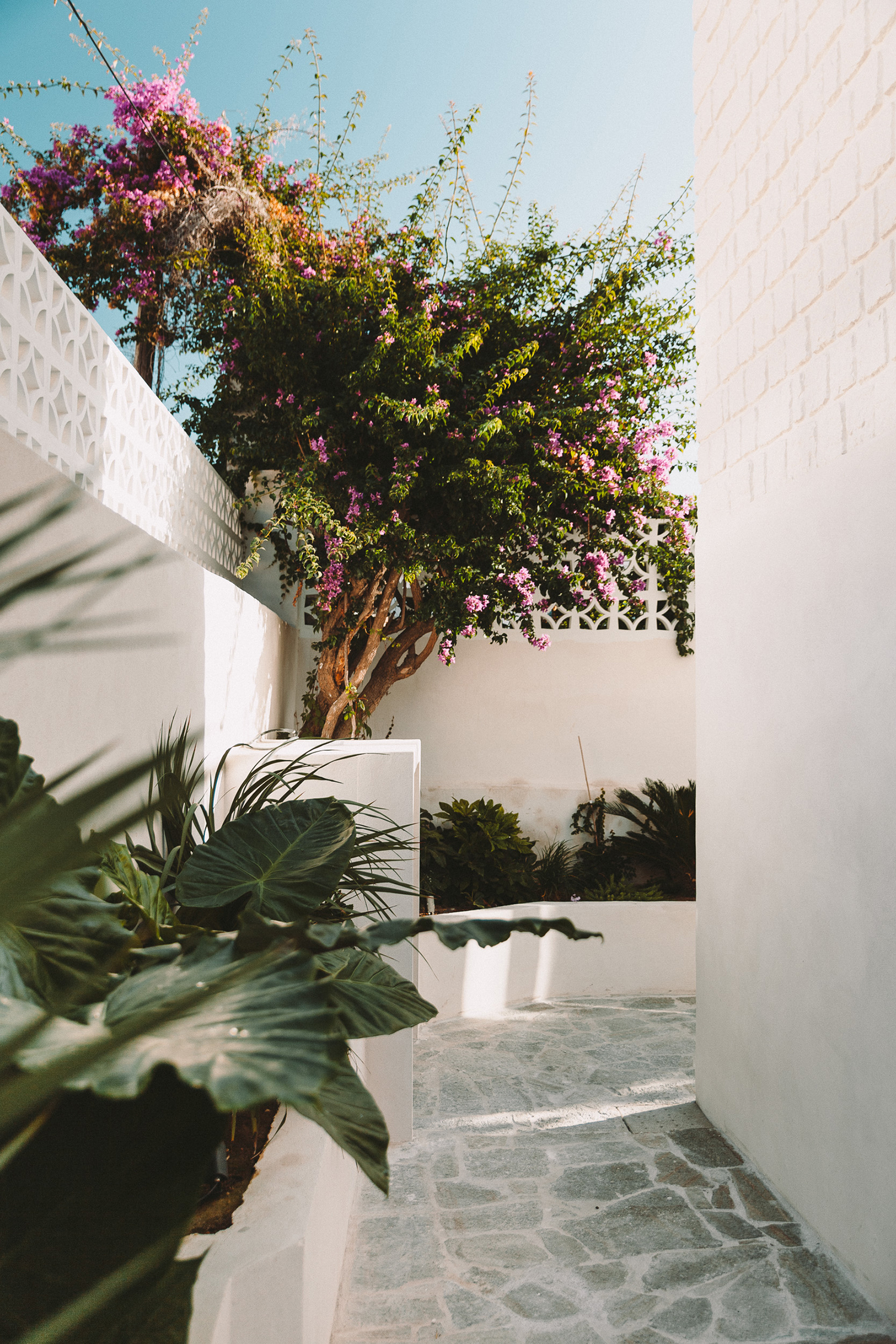 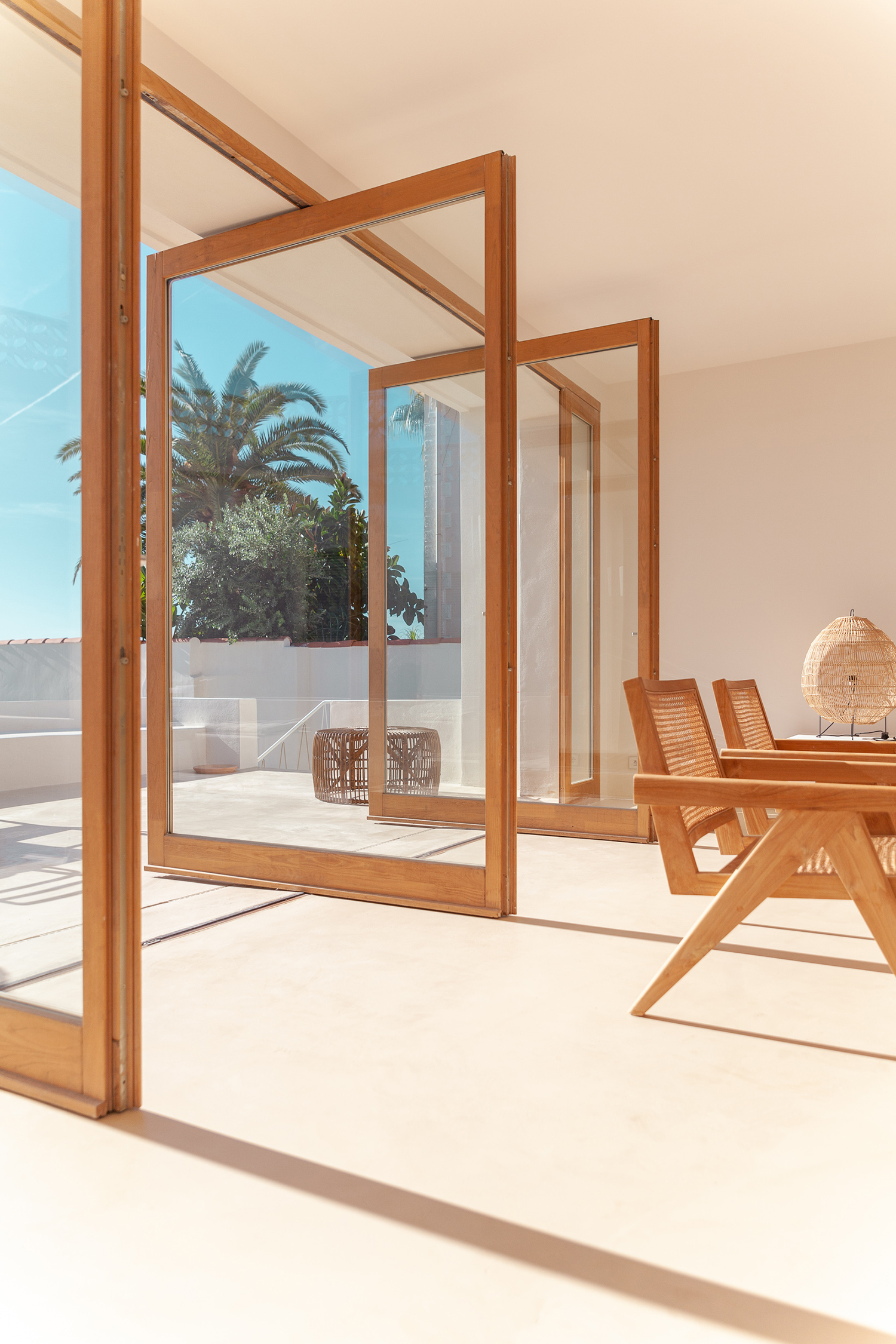 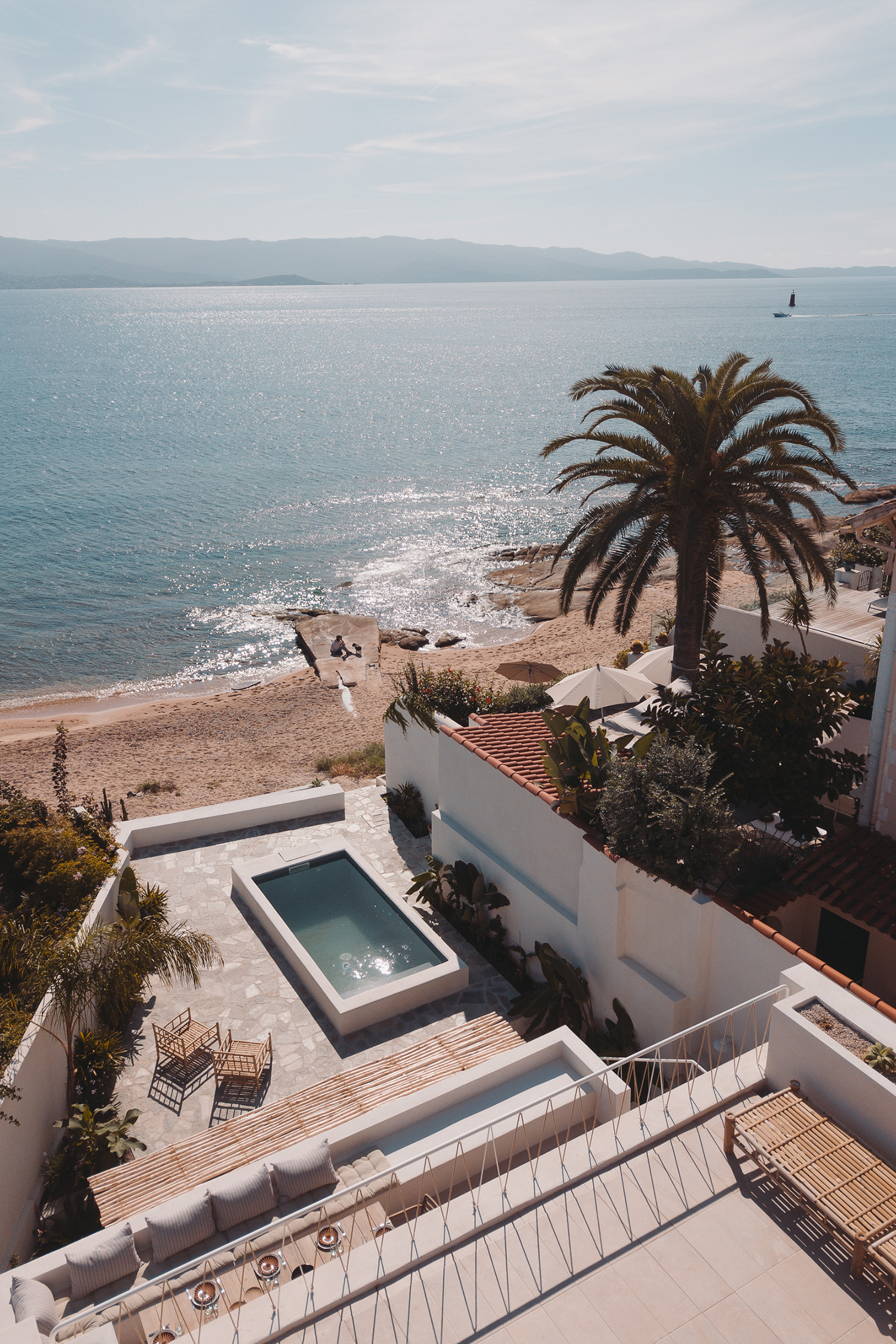