This charred timber cabin by Montreal-base Atelier Schwimmer was designed for two brothers which have embraced outdoor activities as part of their fast-paced city life. The structure, on the banks of Lake Brome, acts as a symbol of and a tool for the fulfillment of this commitment – a building in which to share time with friends. Bisected by a vertical atrium that opens on to the lake, the essence of the design is a concrete floor with a fireplace at its center that creates a place to mingle. 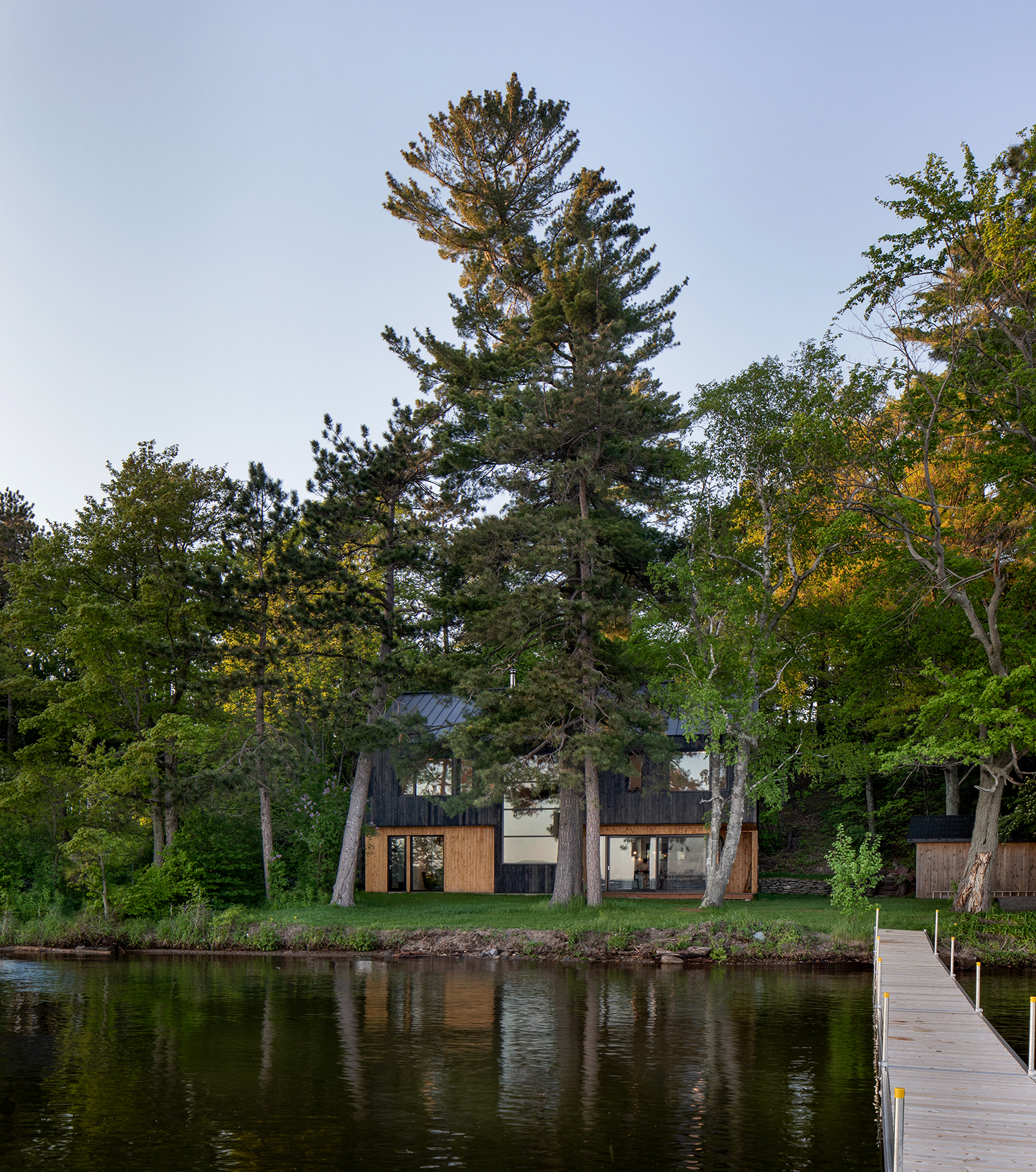 Atelier Schwimmer, led by Felix Schwimmer, has built the black cabin near a small town in the Eastern Townships, set amongst classical 19th- century houses and more recently built modest cottages. Conceived as an archetypical house, the building has three entrances, forming a loggia at the entrance and at the back, and a covered terrace on the side. 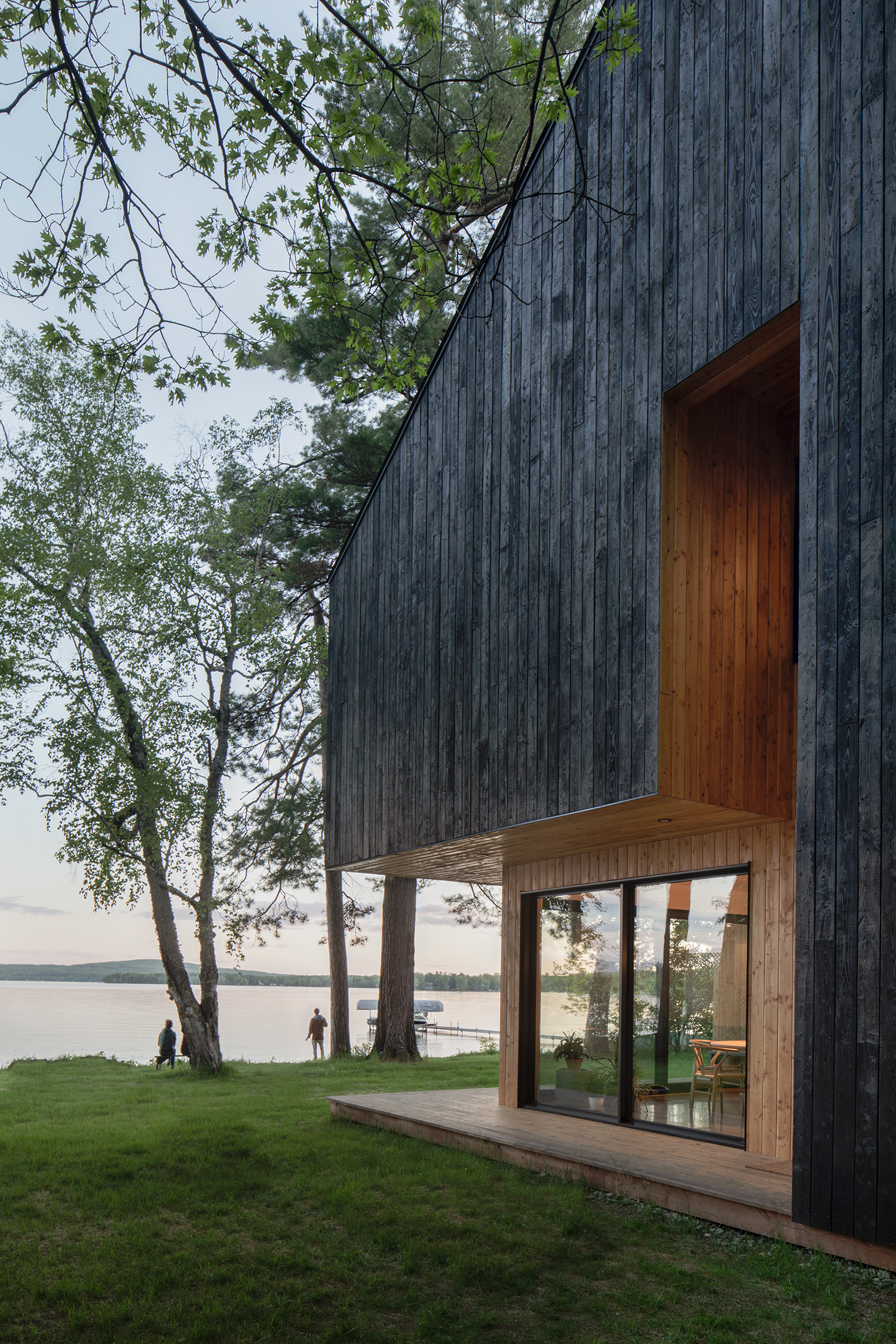 The cabin is centered around an atrium that opens to the outdoors. The design was developed around a fireplace set beside a triple-height area that makes it visible from everywhere within the cabin thus generating a canyon of hospitality. Located in the center of a concrete slab floor on the ground floor, it divides the open space into areas of various spatial qualities. On both sides of the canyon, glazed walls offer views on the outdoors. Traversing the canyon on the second floor is a bridge that creates more common space. Four bedrooms open onto the bridge.

The exterior cladding is made of larch treated with two methods. Charred planks face directly the elements and natural oil protects the recessed less exposed planks. This play of dark and light increases the singular aspect of the house. 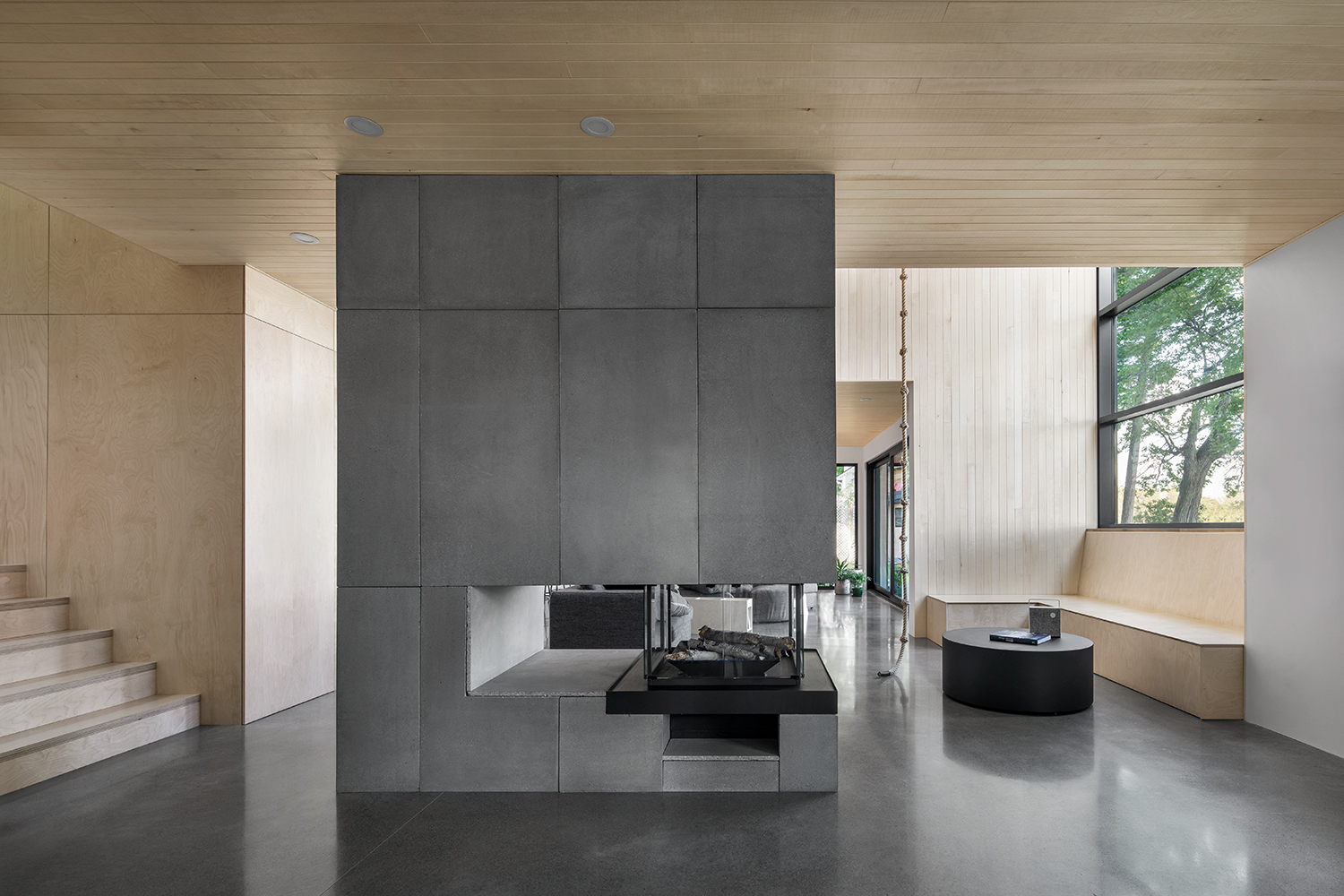 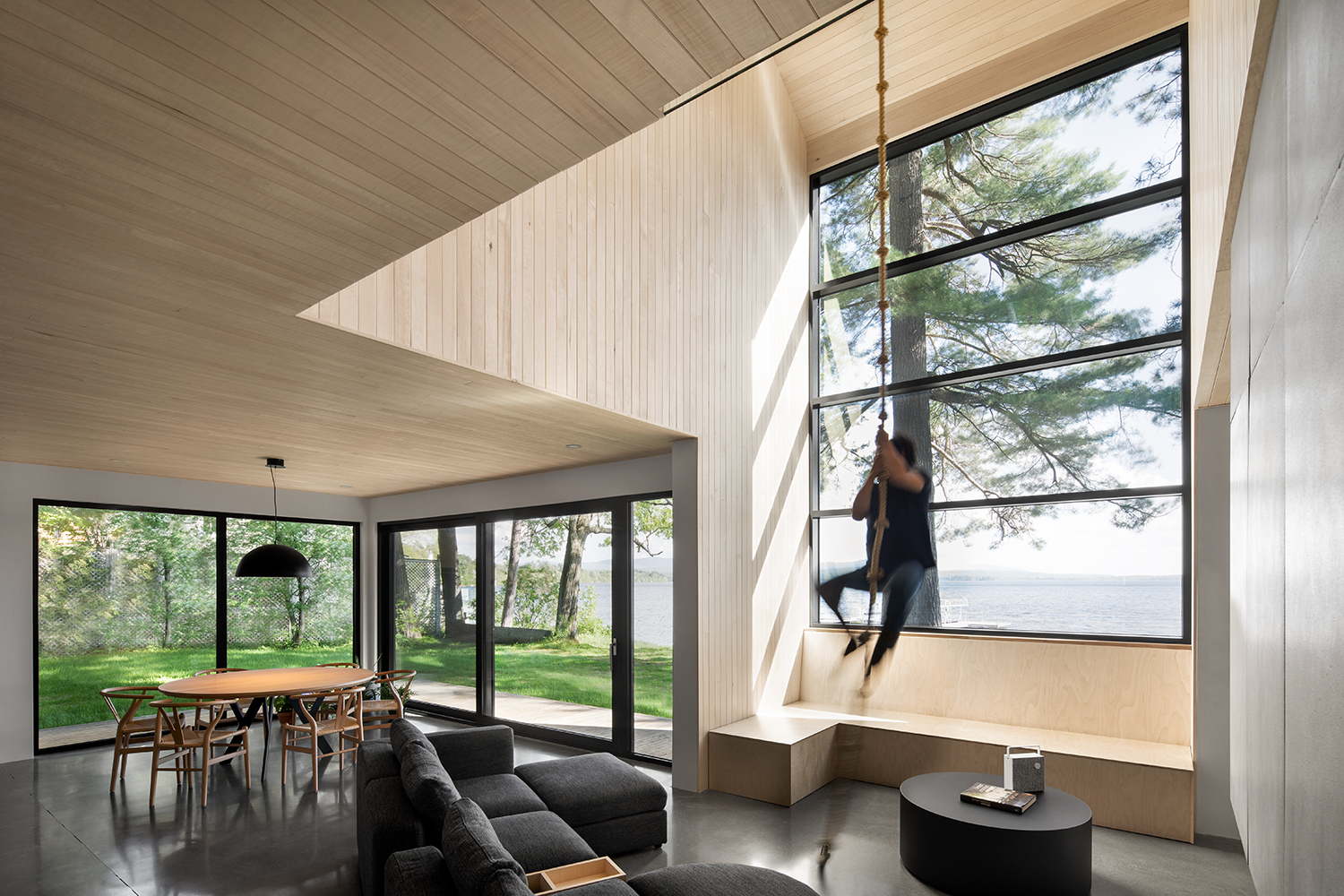 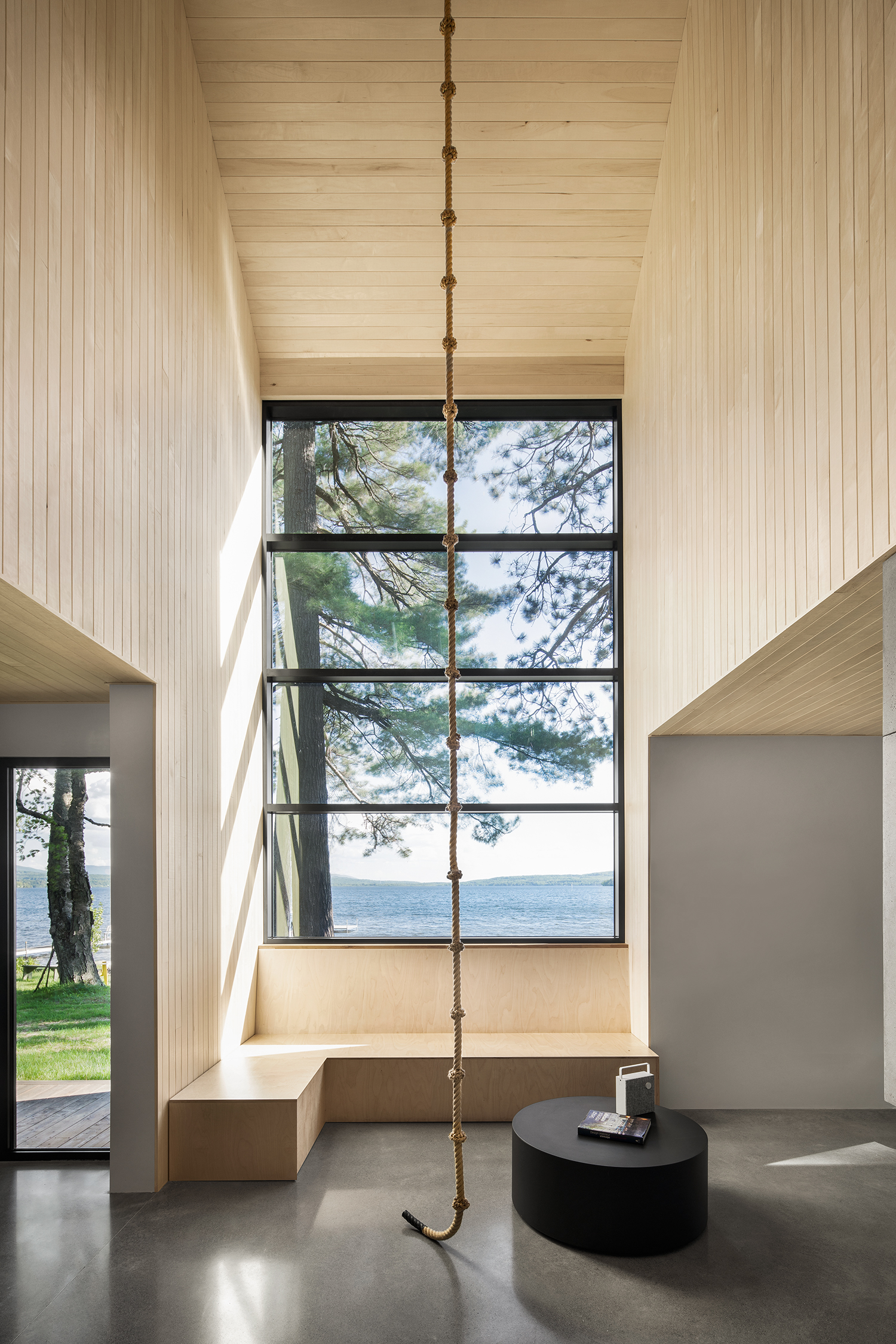 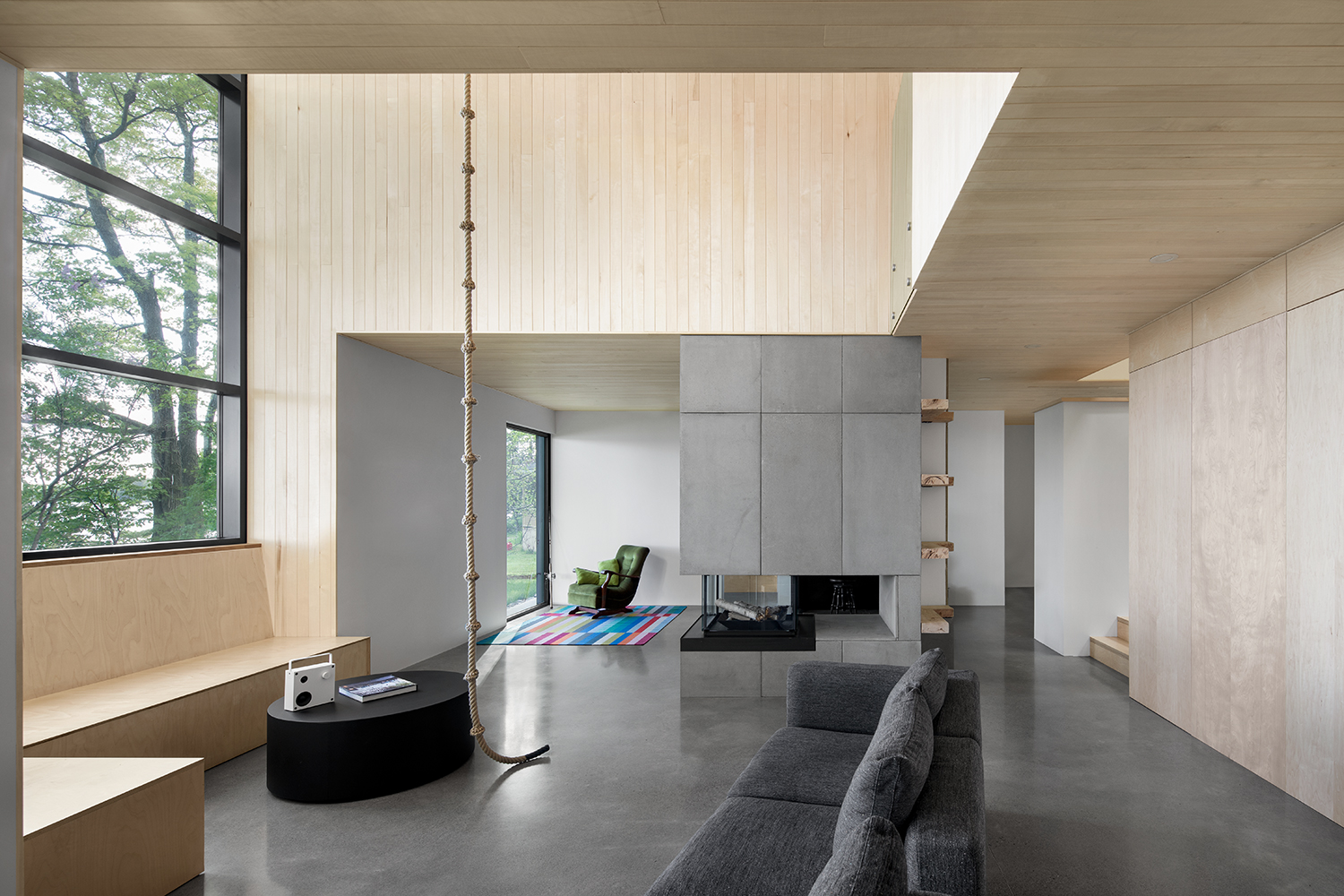 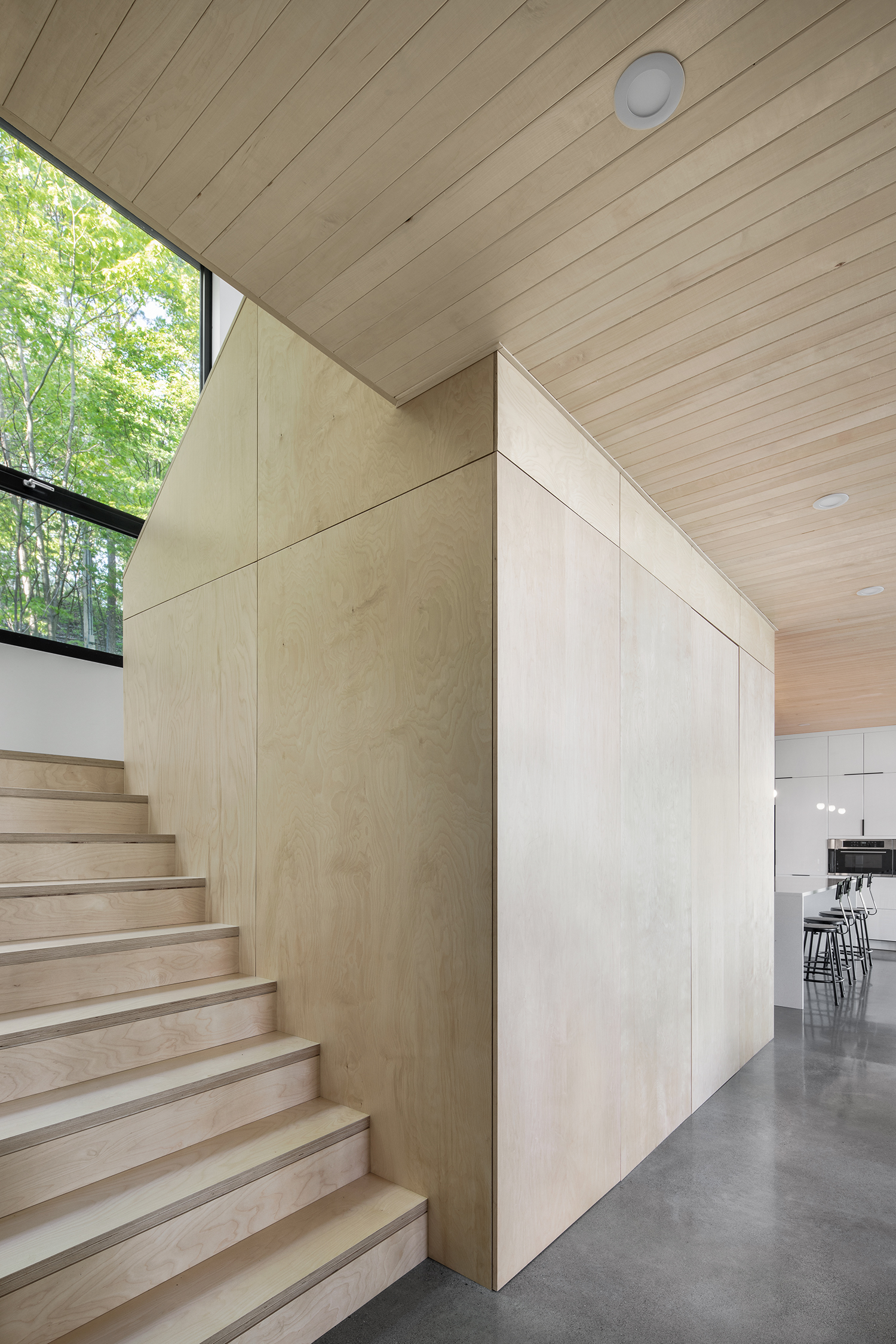