James Garvan Architecture has recently overhauled a two-story house in the back-streets of North Bondi, a coastal suburb in eastern Sydney, Australia, adding a timber-pattern screen to the facade that mimics the form of a neighboring property.

Paired with its ornate neighbor and set amongst the backdrop of vernacular semi-detached houses, the site immediately called for a contemporary response to its architecturally traditional context. The arrangement and geometry of the new façade is a mirror of its neighbor but is stripped of ornamentation.  The unadorned frontage gives primacy to the purity and clarity of the three staggered gabled forms whilst still maintaining a formal connection with its neighbor. 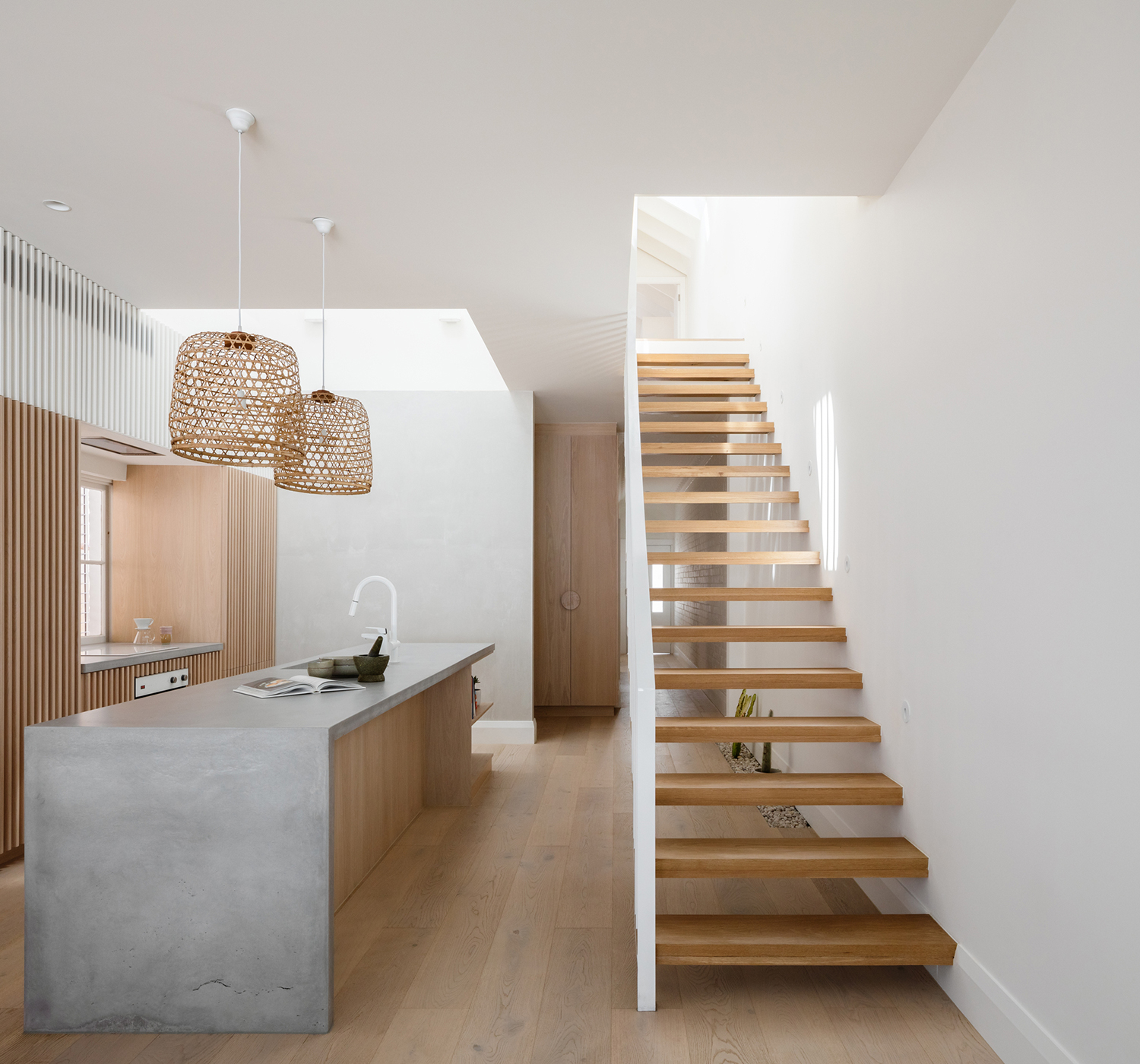 The story of the new and old facades is easily read with an unobstructed front boundary and a generous setback that openly engages the streetscape.  This openness is balanced by the privacy offered by the dynamic timber batten screening that slide across the front and rear facades providing access, sun protection or a veil from onlookers.

A strong connection to the outdoors, privacy from the street and the ability to adapt the building to various thermal conditions was achieved via the fully operable and dynamic front and rear facades. 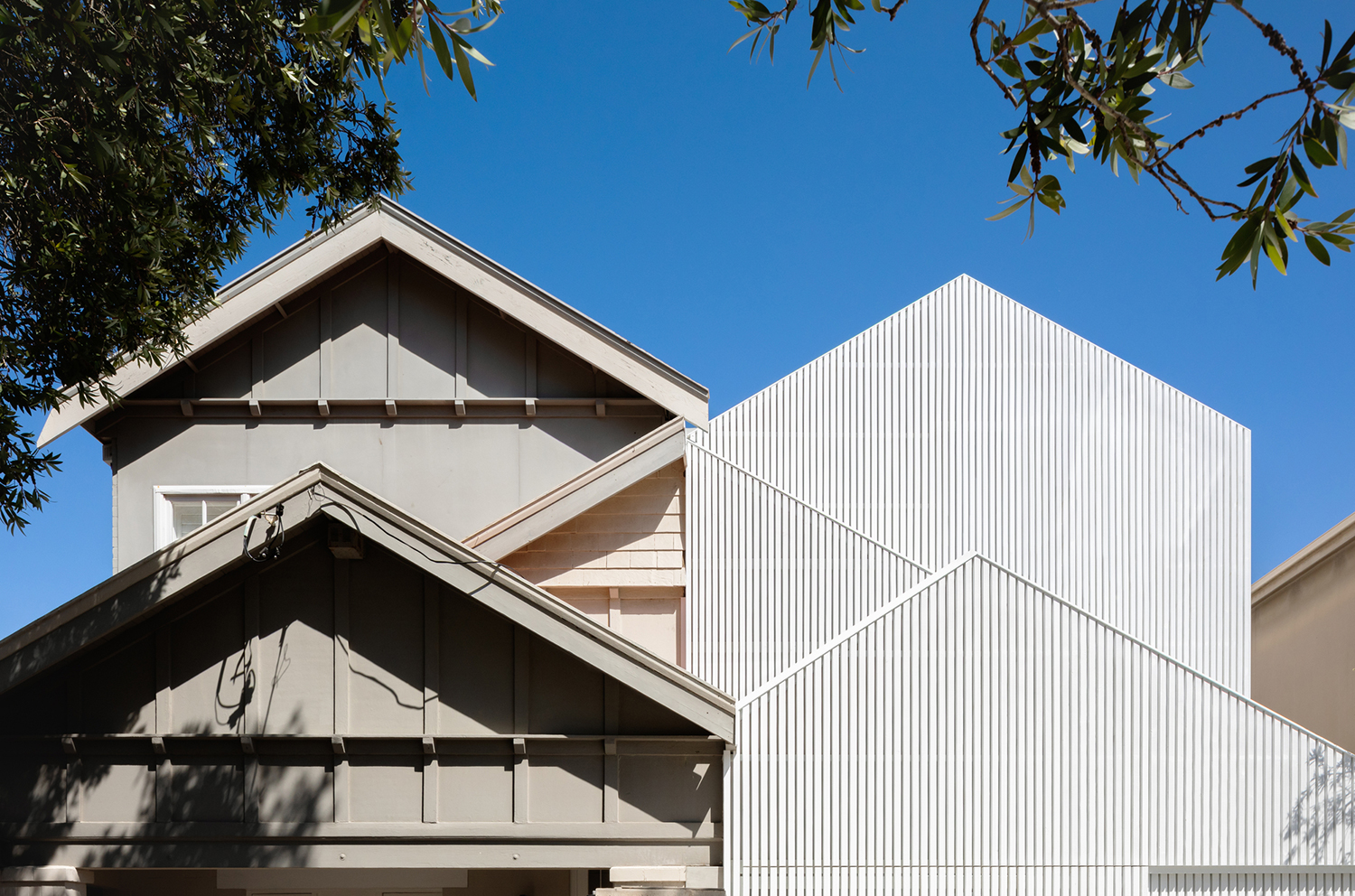 The separation between public and private spaces and the requirement for ample natural and air-light whilst maintaining privacy was met by dropping a large void into the middle of the home and topping it with a series of deliberately placed openable skylights between the rafters. The previously dark core of this semi-detached home is now drenched in sunlight throughout the day and naturally ventilates the entire home, drawing air in from the front and rear and expelling it through the open skylights. 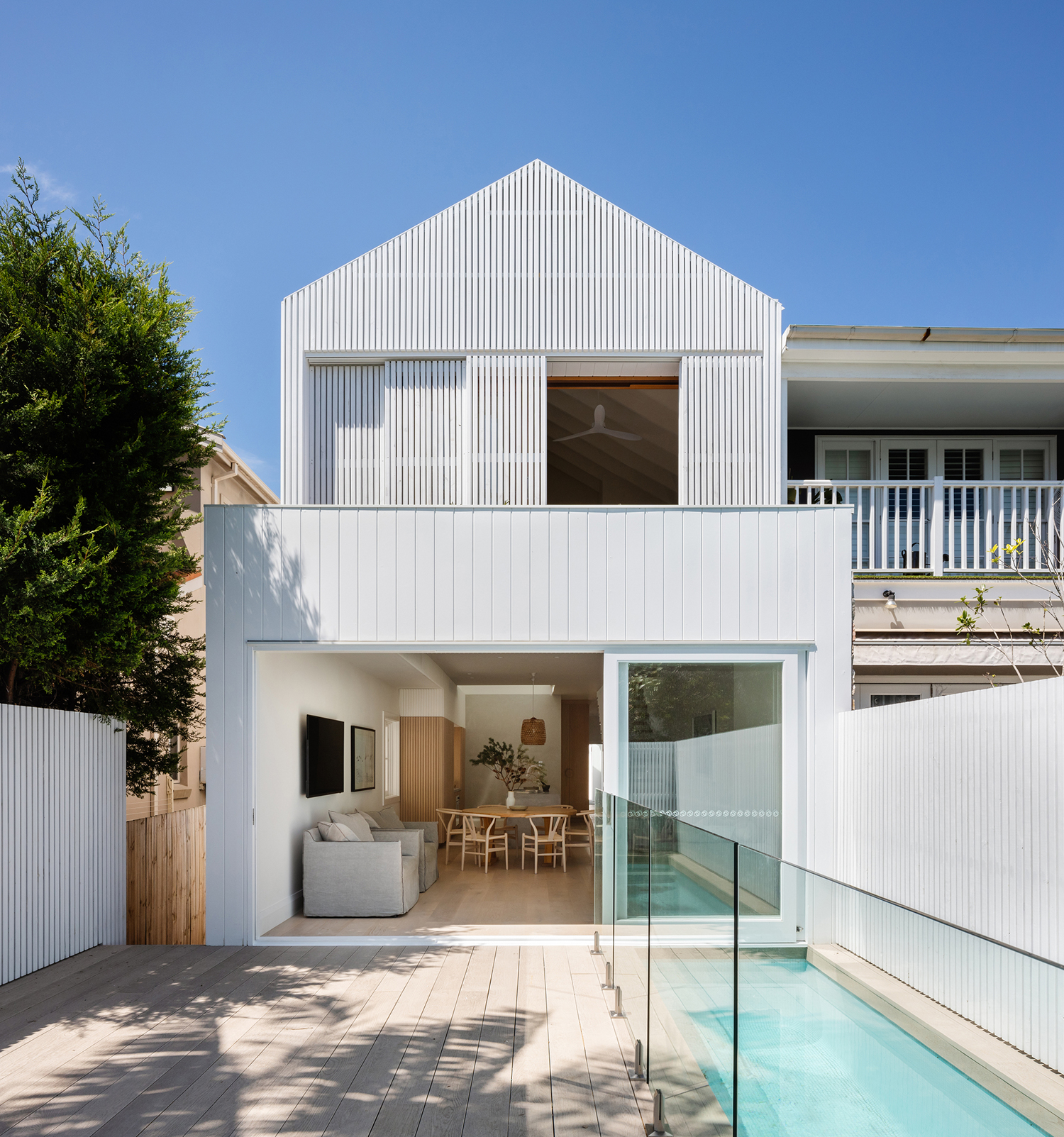 The restrained material palette accentuates the focus on the project’s formal composition and allows the design intent to be clearly legible. The palette relies on variety in texture and pattern and their interaction with light and space to provide richness and dynamism to the project.  The house’s interior and exterior are tied together with a series of shared materials, best exemplified by the timber battening seen in both the facades and the kitchen joinery. 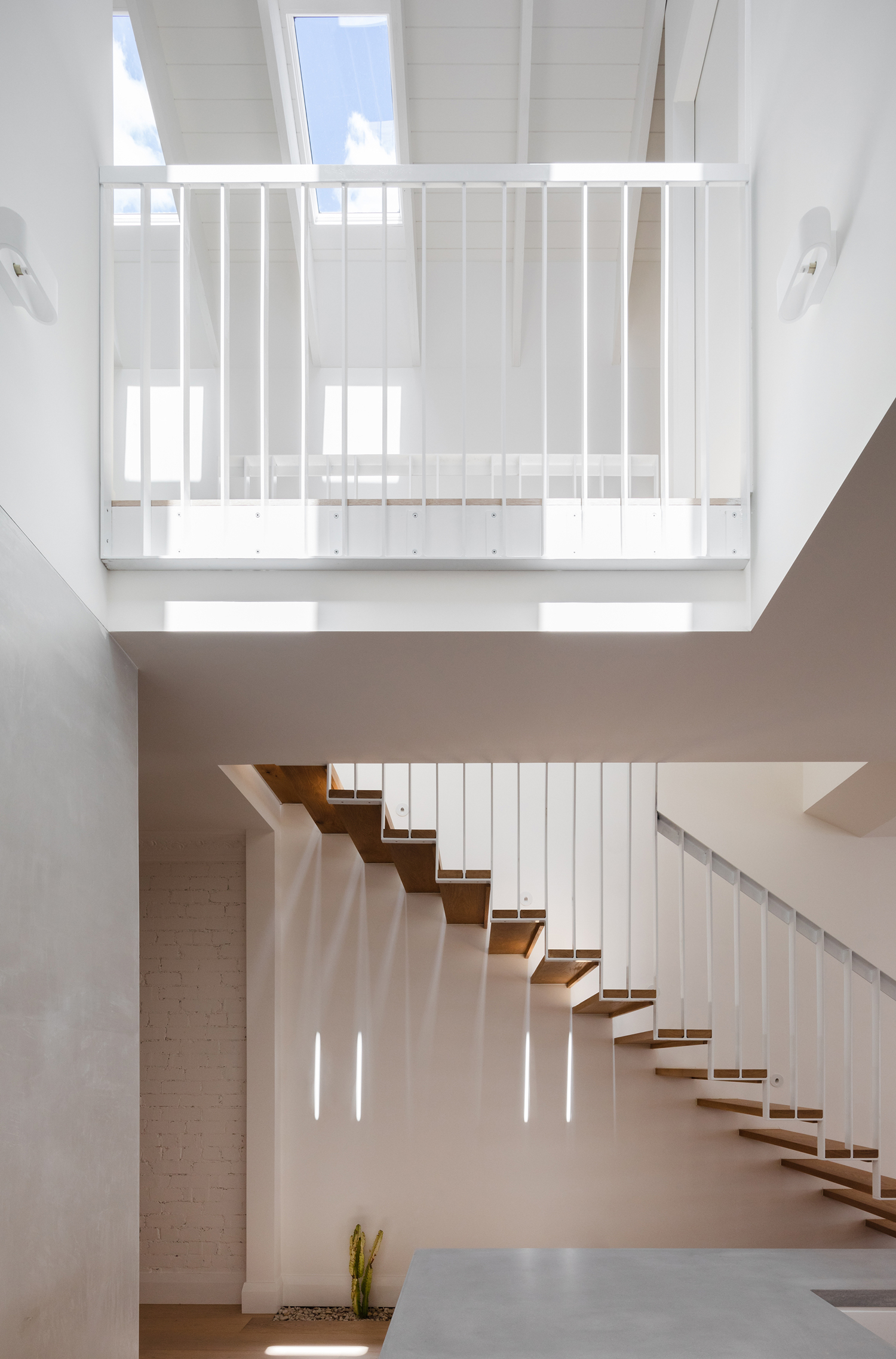 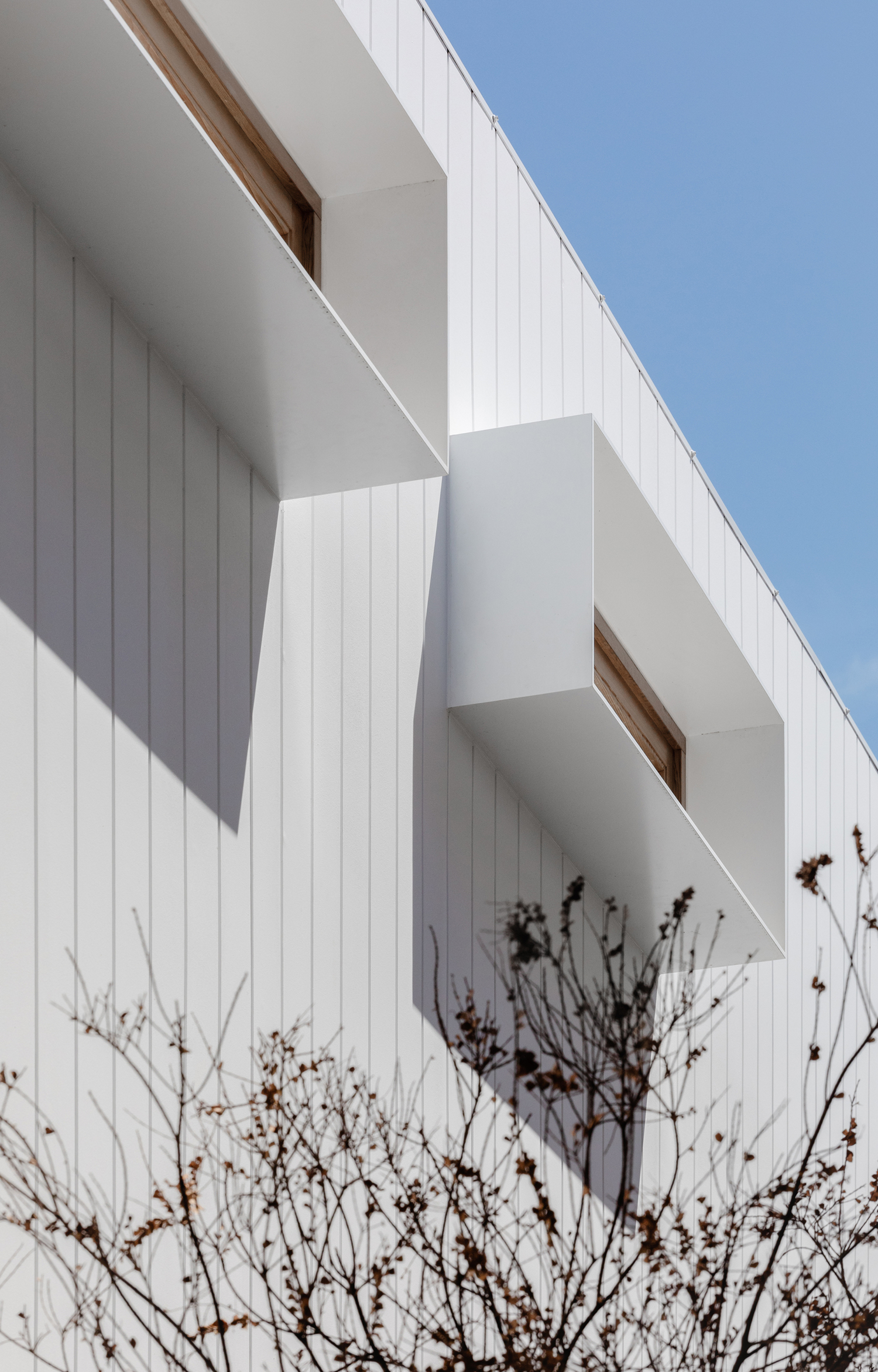 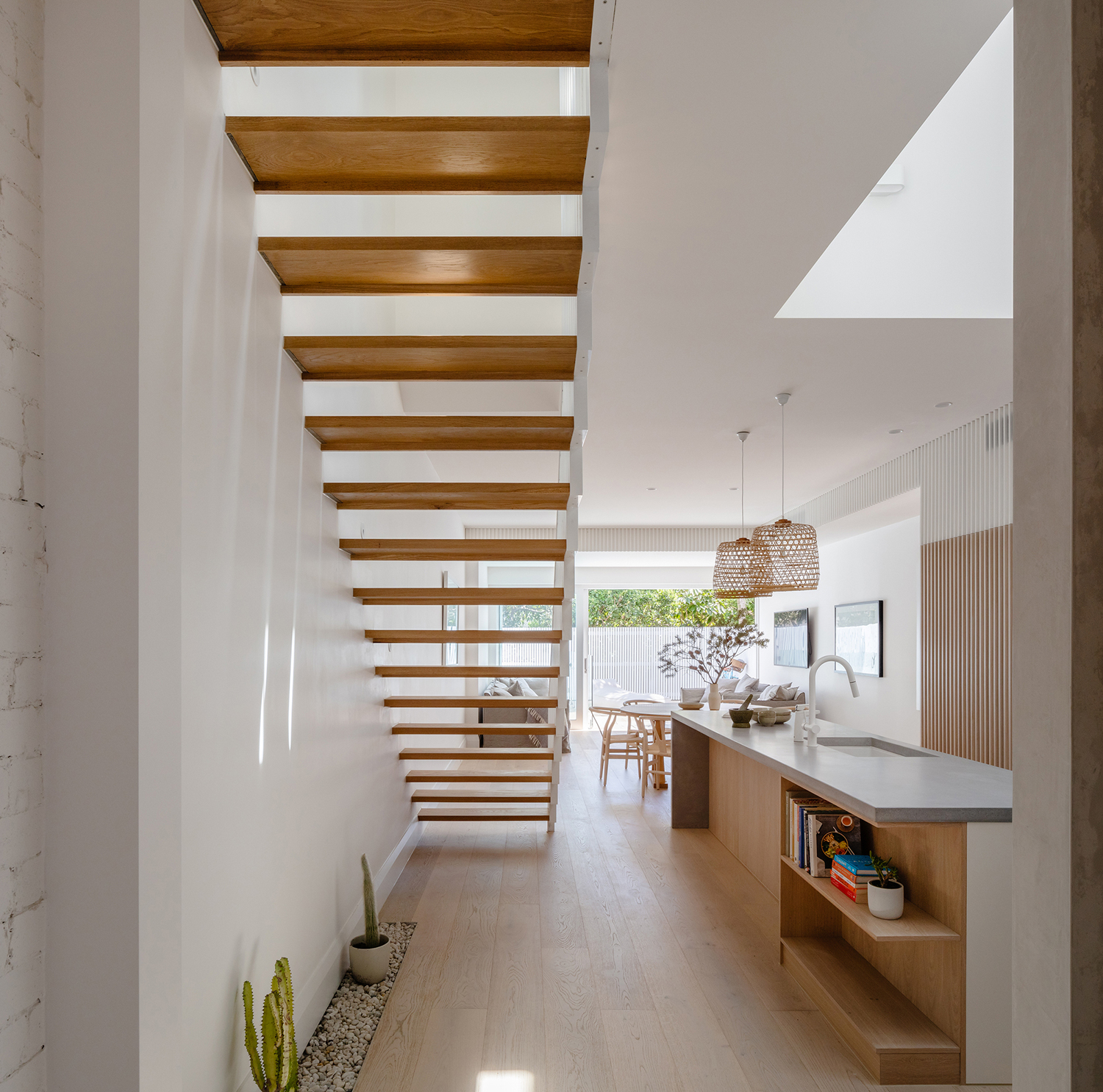 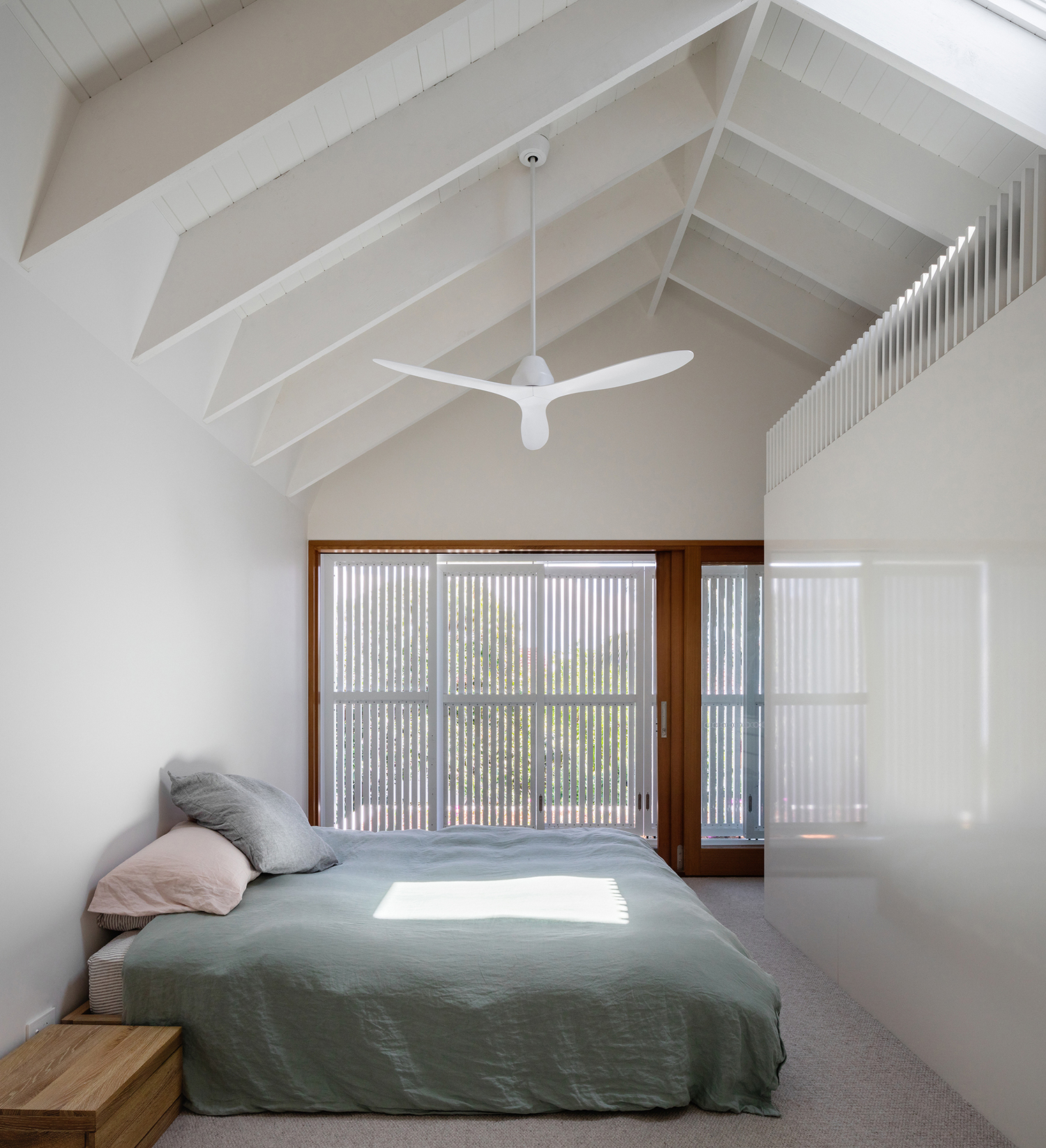 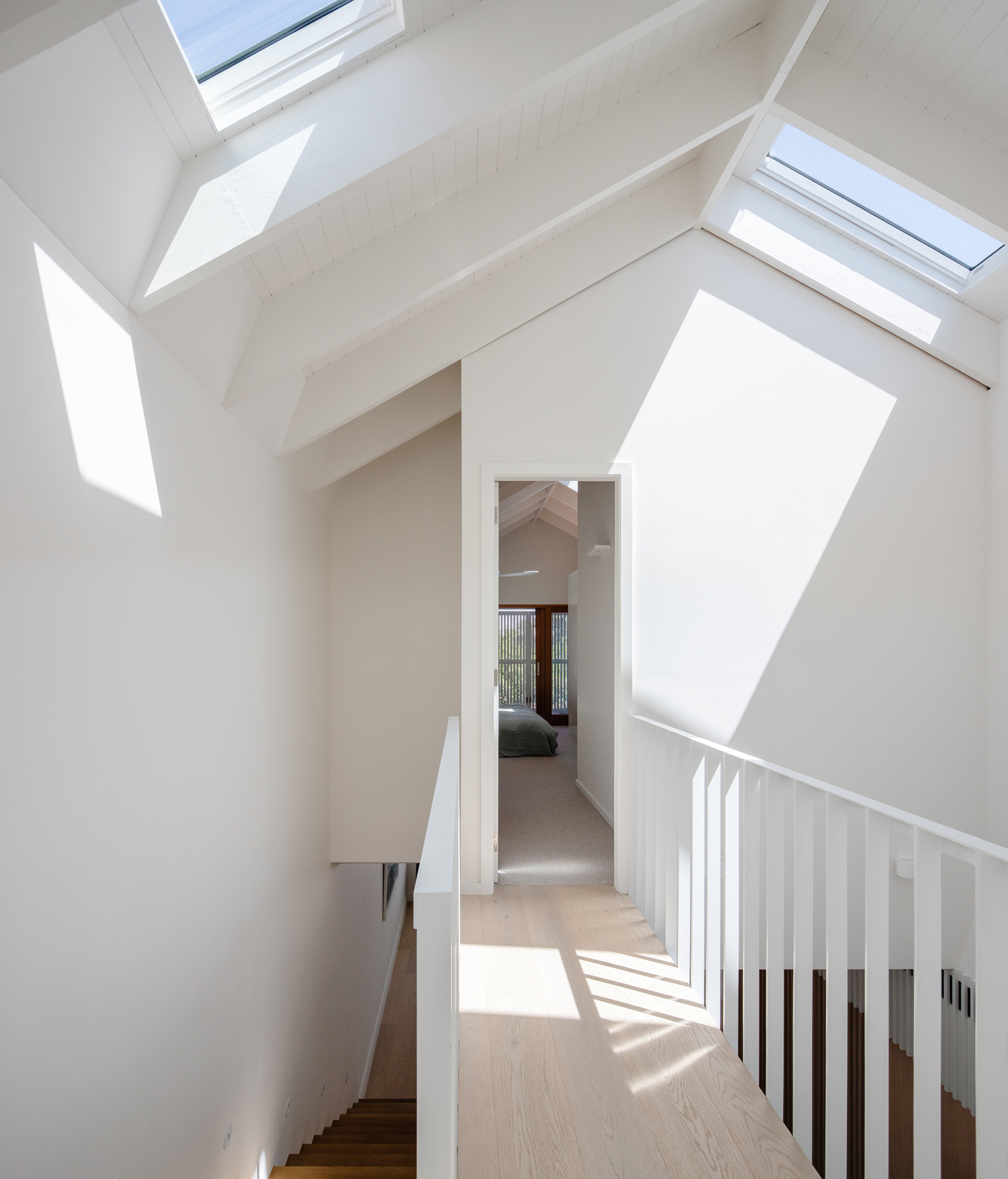 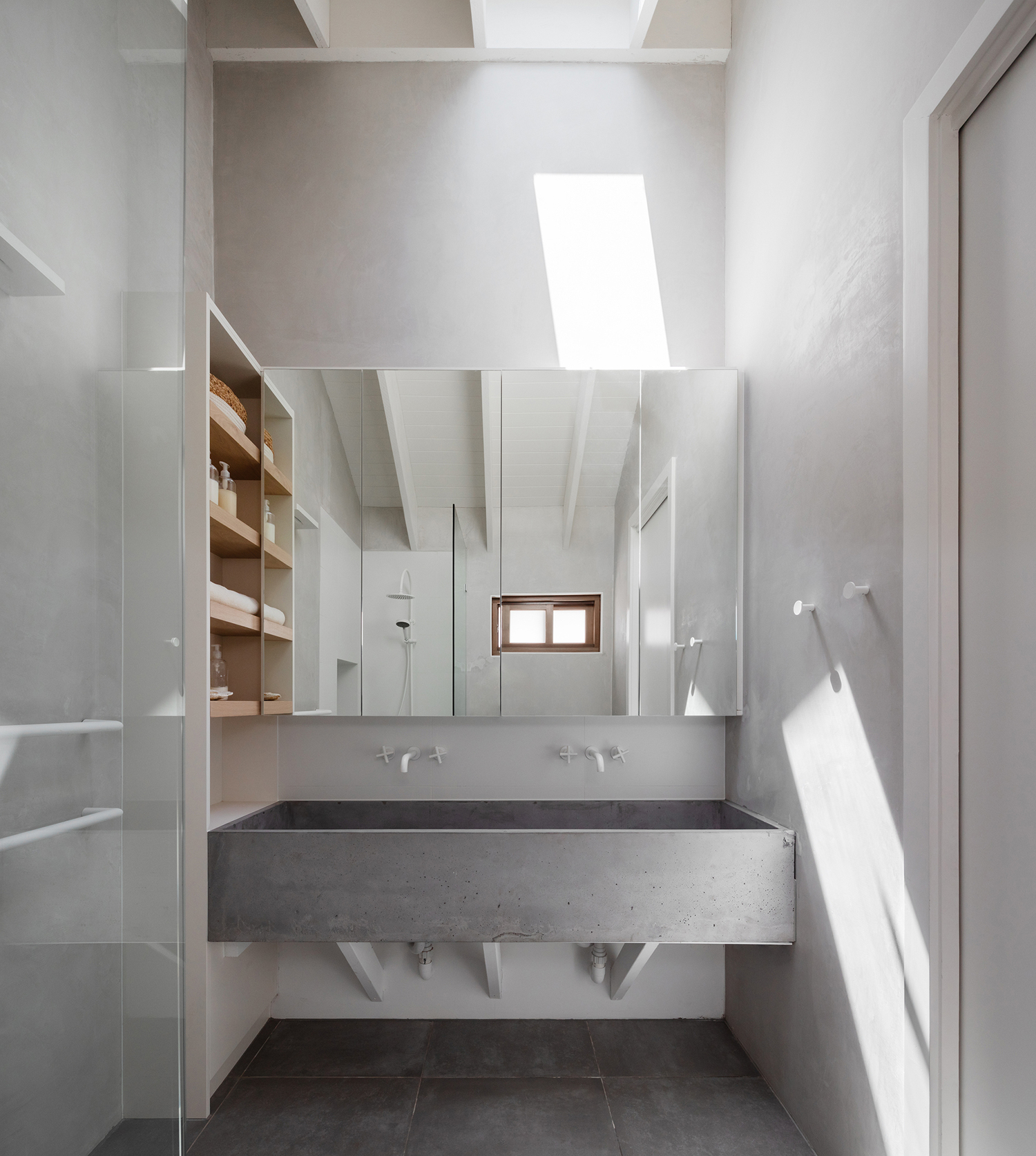