Rotterdam-based firm DROM presents its recent renovation project for the main Azatlyk Square in the Russian city of Naberezhnye Chelny, that has been transformed into a dynamic and vibrant multi-use public space. The original square was designed around a formal central axis that was intended to connect the municipality building to the unbuilt Lenin museum. By losing its starring role as a social connector, the public space became a relic of the Soviet past, underused, kept alive by a few maintenance interventions and disconnected from city life.

“We wanted to convert the lifeless public space of a typical Russian monotown built in the Seventies and dominated by a single industry – the famous Kamaz truck factory – into a multipurpose area with a fresh take on inhabitants’ interaction” say Timur Karimullin, Sofia Koutsenko and Timur Shabaev, founders of DROM. 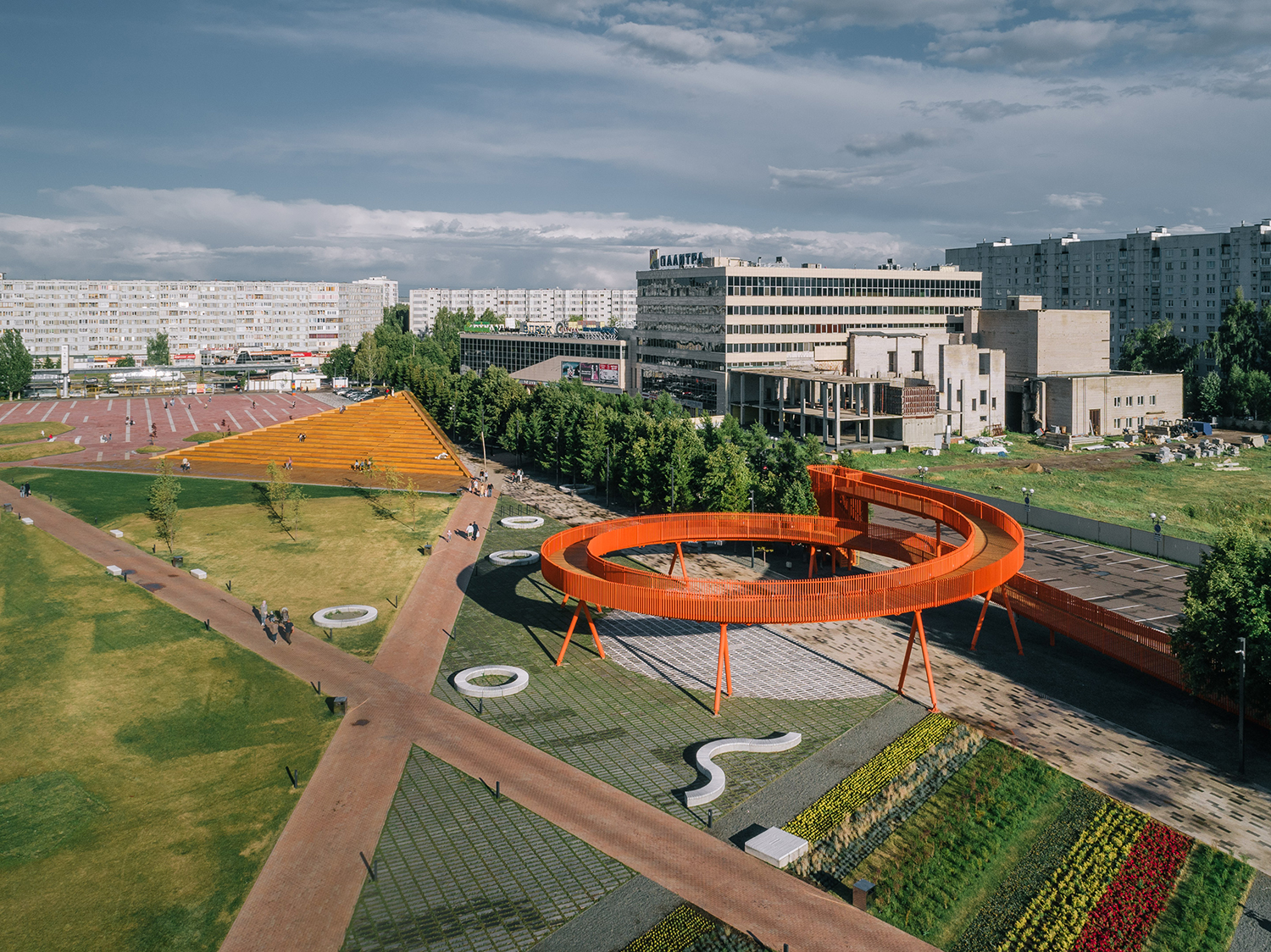 Highlighted by a dense row of planted trees, the main axis of Azatlyk Square has been relocated towards the edge of the plot to directly connect the nearby neighbourhoods with the new Promenade and its pavilions that include diverse playgrounds, a café, a food stall and a spiral viewing platform. The former central area has been divided into three different squares, each with its own unique character. To the East, the Event Square is a pink concrete paved urban space that is also used for weekly outdoor markets. Next to it, is the Green Square, a relaxing spot with a wooden amphitheatre and a broad lawn from which to enjoy the seasonal landscaping conducted by the city’s planting department and lastly, the Cultural Square, with a fountain and a new circular shallow pool for playing in the water on hot days. 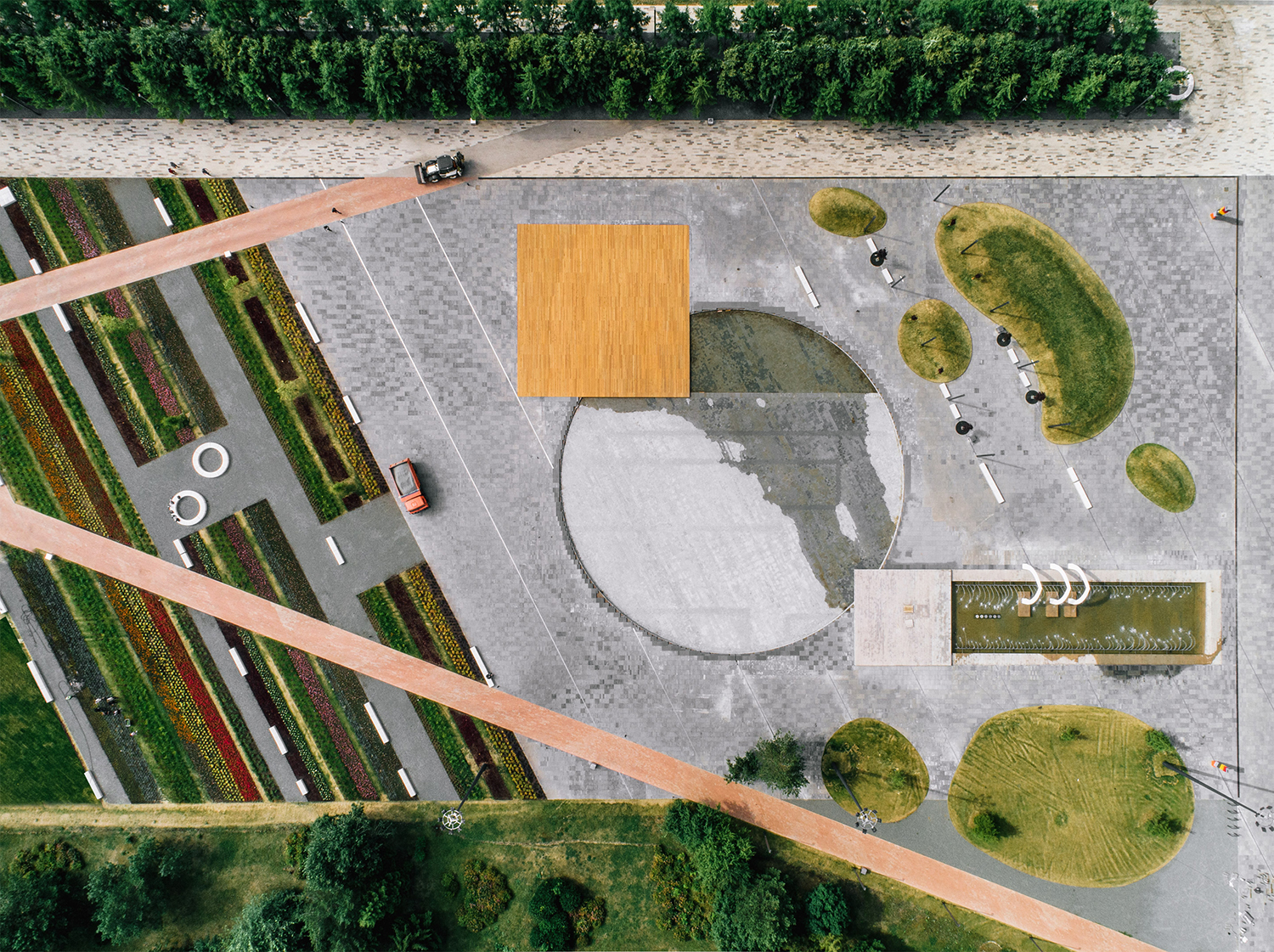 In dialogue with the Promenade, each square is energized by an anchor programme: the amphitheatre doubles as a cafè; the spiral viewing platform, which is painted in the emblematic orange Kamaz color, adds a vertical dimension; and the circular pool transforms into an ice-skating rink in winter.

DROM designed peculiar paving patterns for each of the squares and integrated spaces that are protected from the strong crosswinds and sun by strategically placed “hills” and local species of linden, red maple and blue spruce trees. 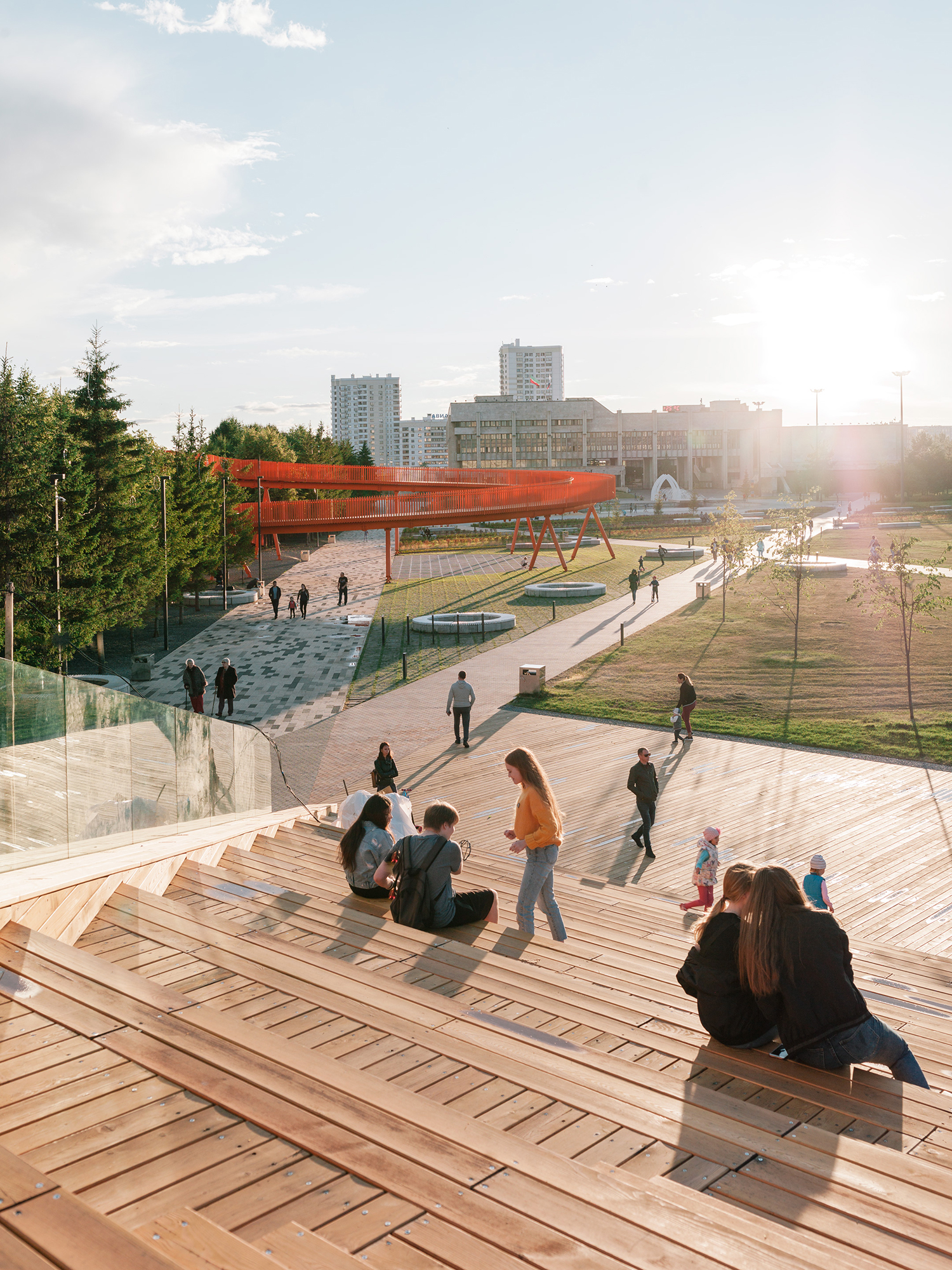 In addition to the pavilions, Azatlyk Square features bespoke urban furniture and lighting elements, which were developed and produced by local manufacturers closely involved in the creation of a new niche in the city’s economy.

The main supporting structure for the spiral viewing platform is made with the same technology that is utilized in the production of gas pipes. The benches were shaped by a local concrete factory and the lamps were fabricated using standard steel profiles. By maintaining most of the pre-existing greenery and adding new trees, the architects intend to preserve the existing ecosystem and peculiar landscape. All these aspects helped the natural integration and the visual impact of the enormous transformation in the city centre, making the project more sustainable, resilient, and financially viable.

The city and its inhabitants embrace the new public space and the flourishing green areas as a stimulus to transform a monotone industrial past into a lively contemporary dimension of living that injects new energy into their roots. 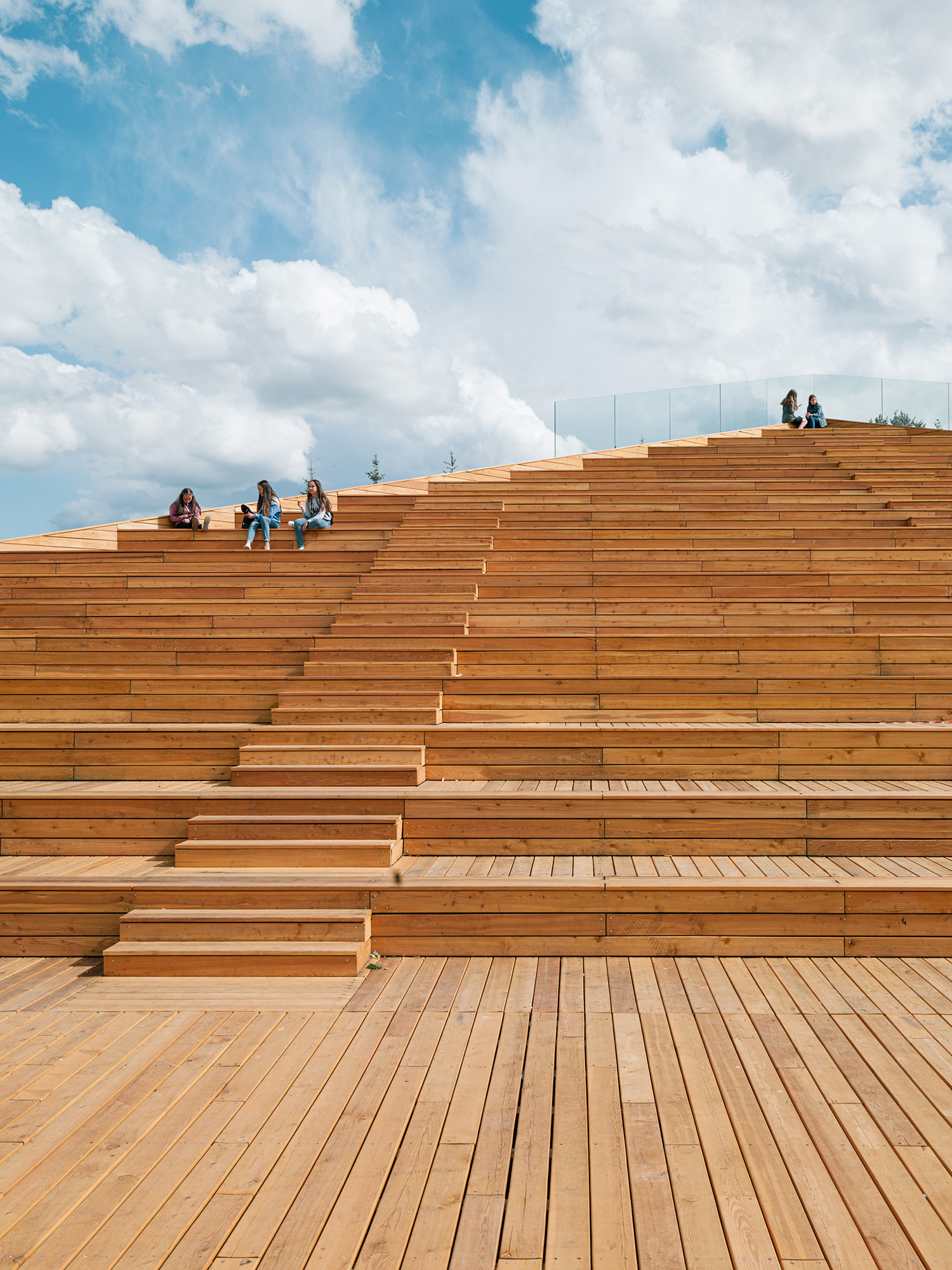 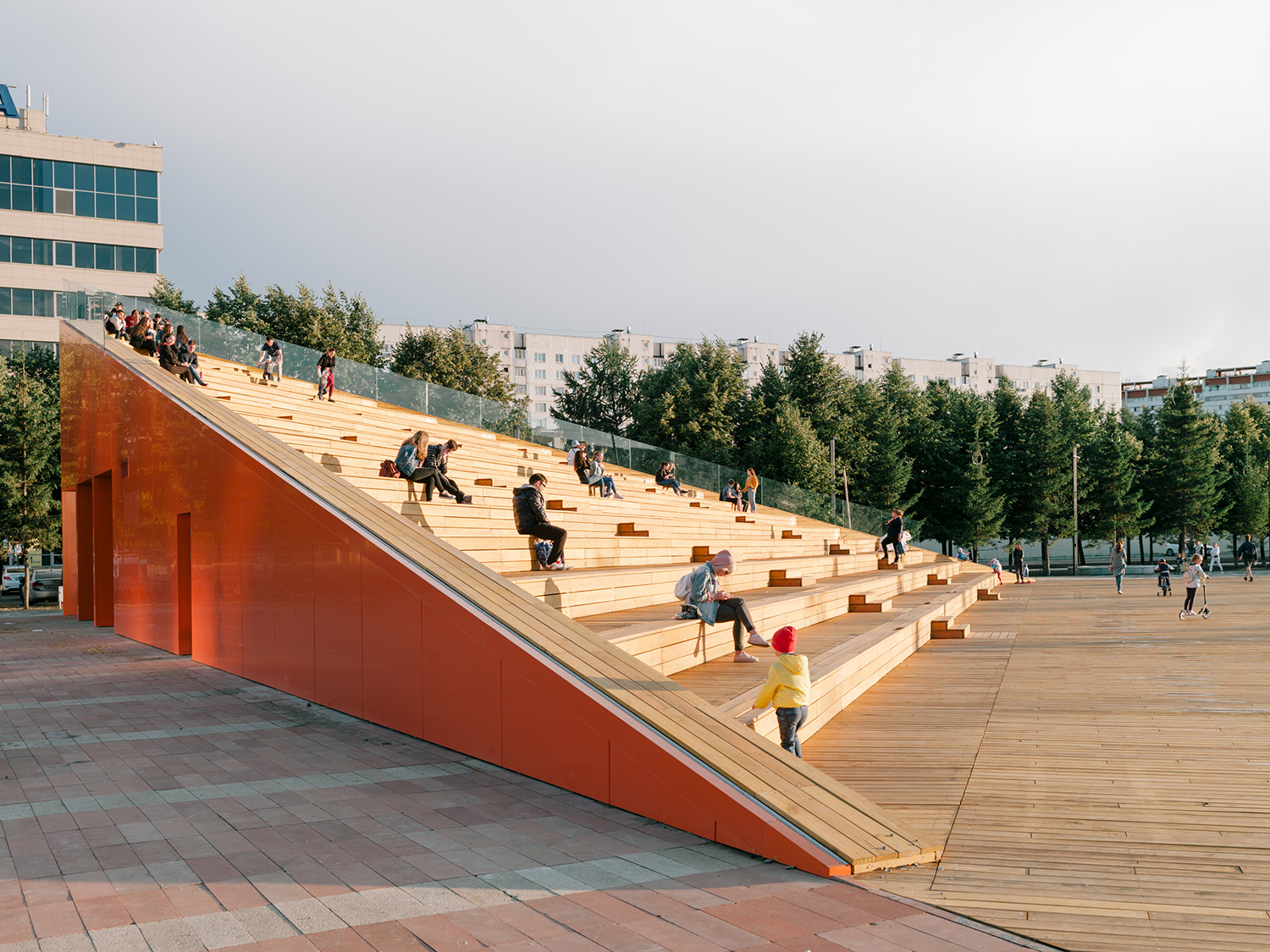 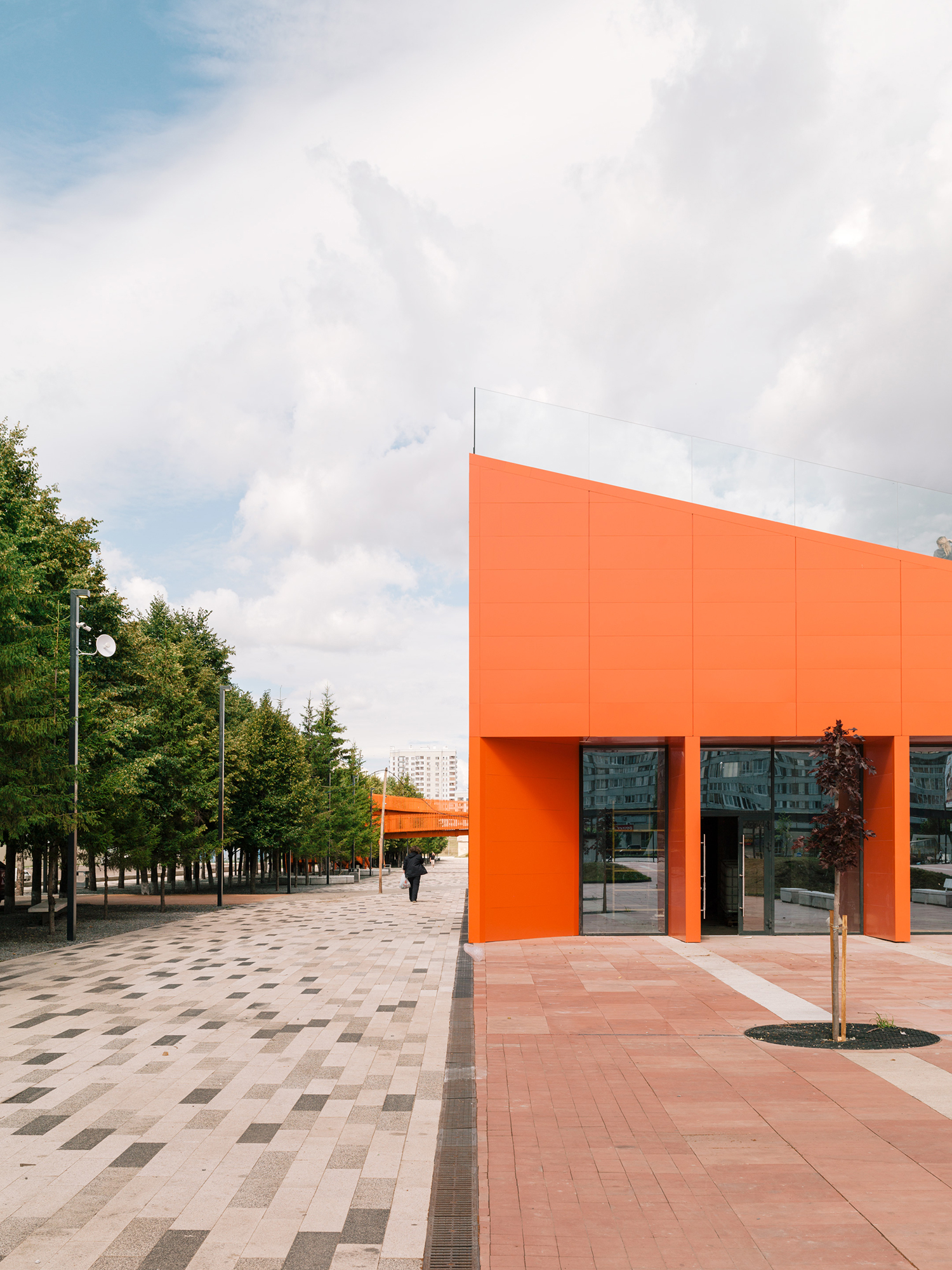 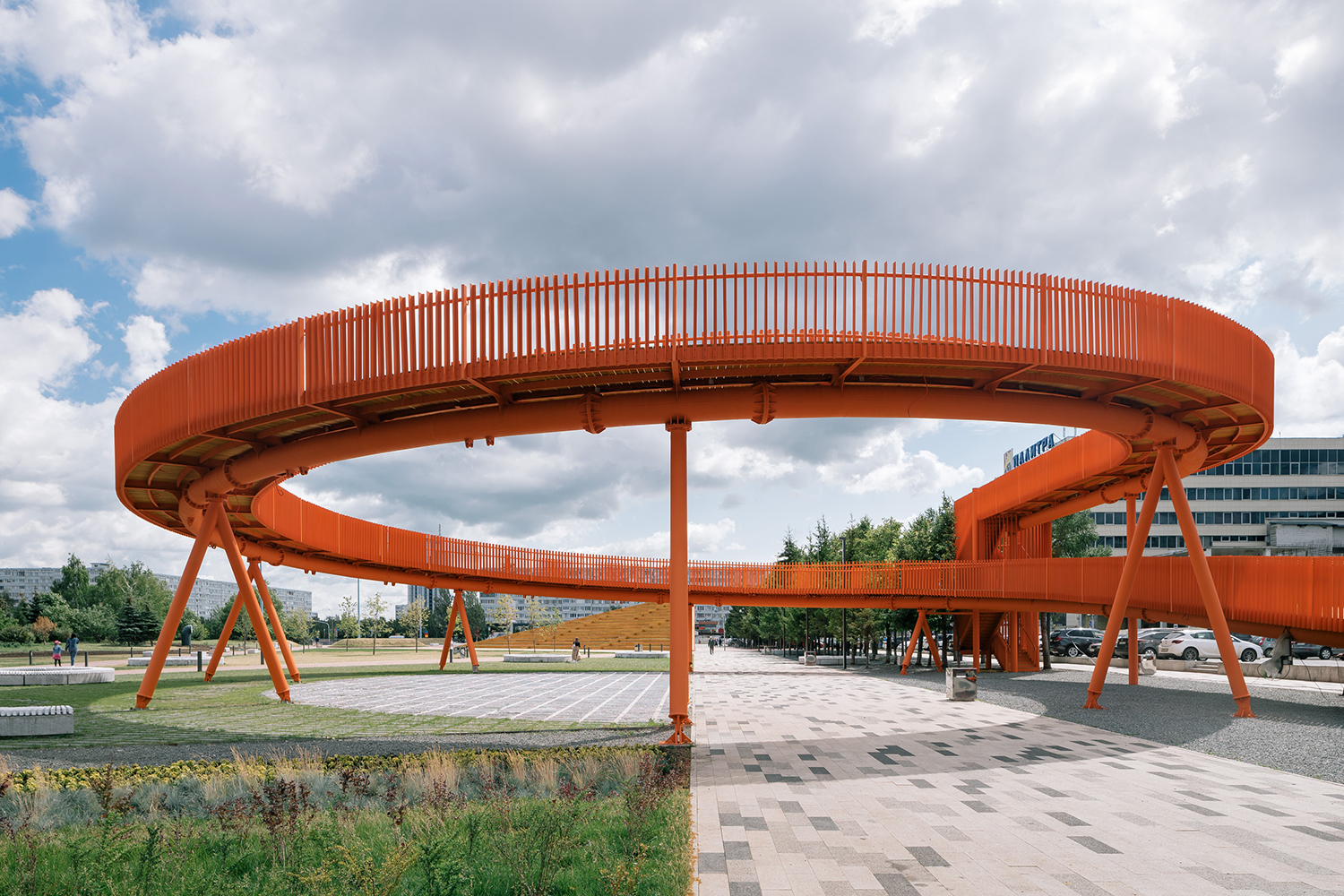 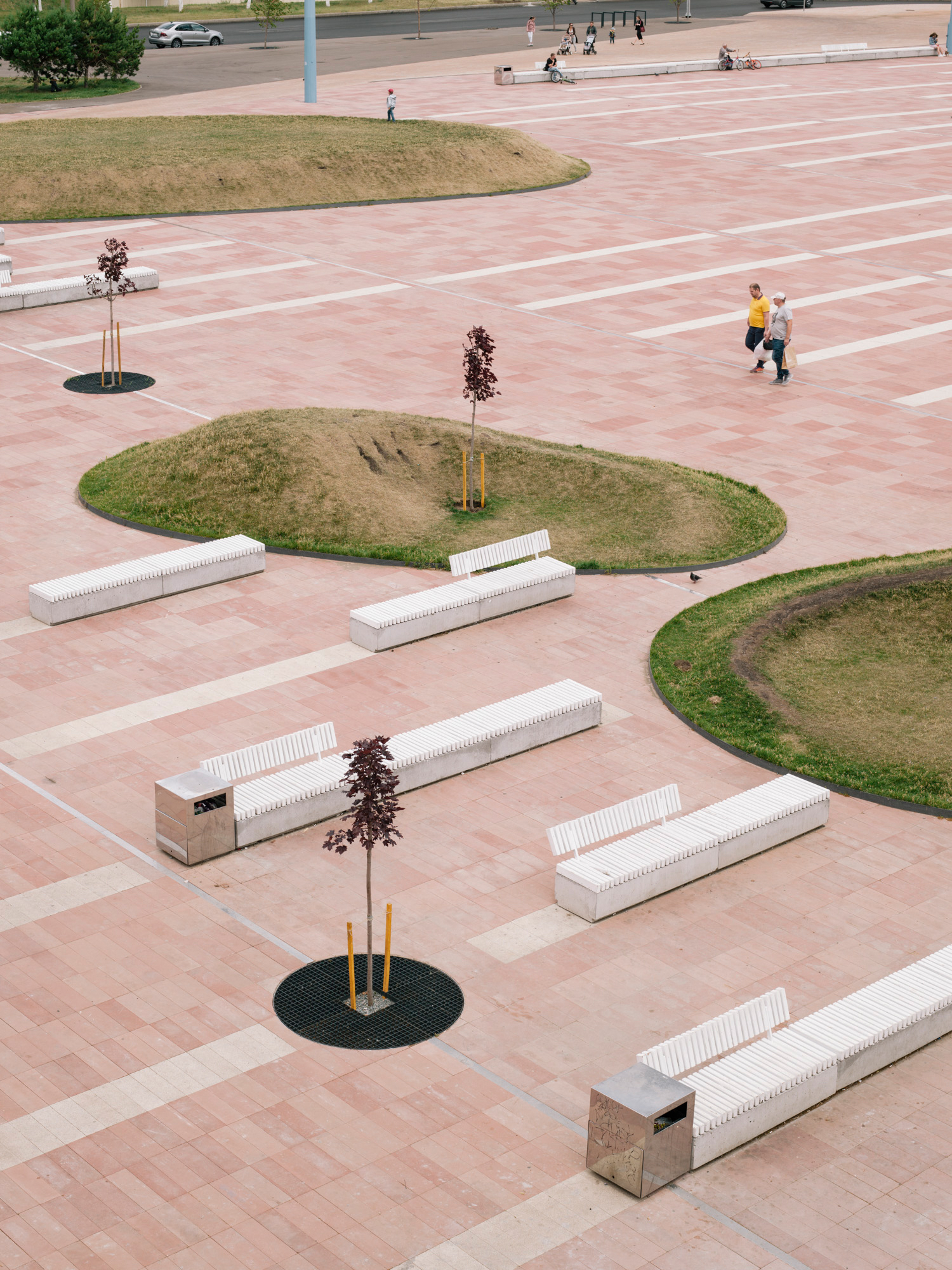