This timber house by Arba in the rural landscape of Murat, France, is cover with a flexible and overflowing roof, convex on one side, concave on the other side. ‘L’onde‘, which translates to ‘the wave’, has been designed by the French architecture practice to reveal the work of the four craftsmen who built it. 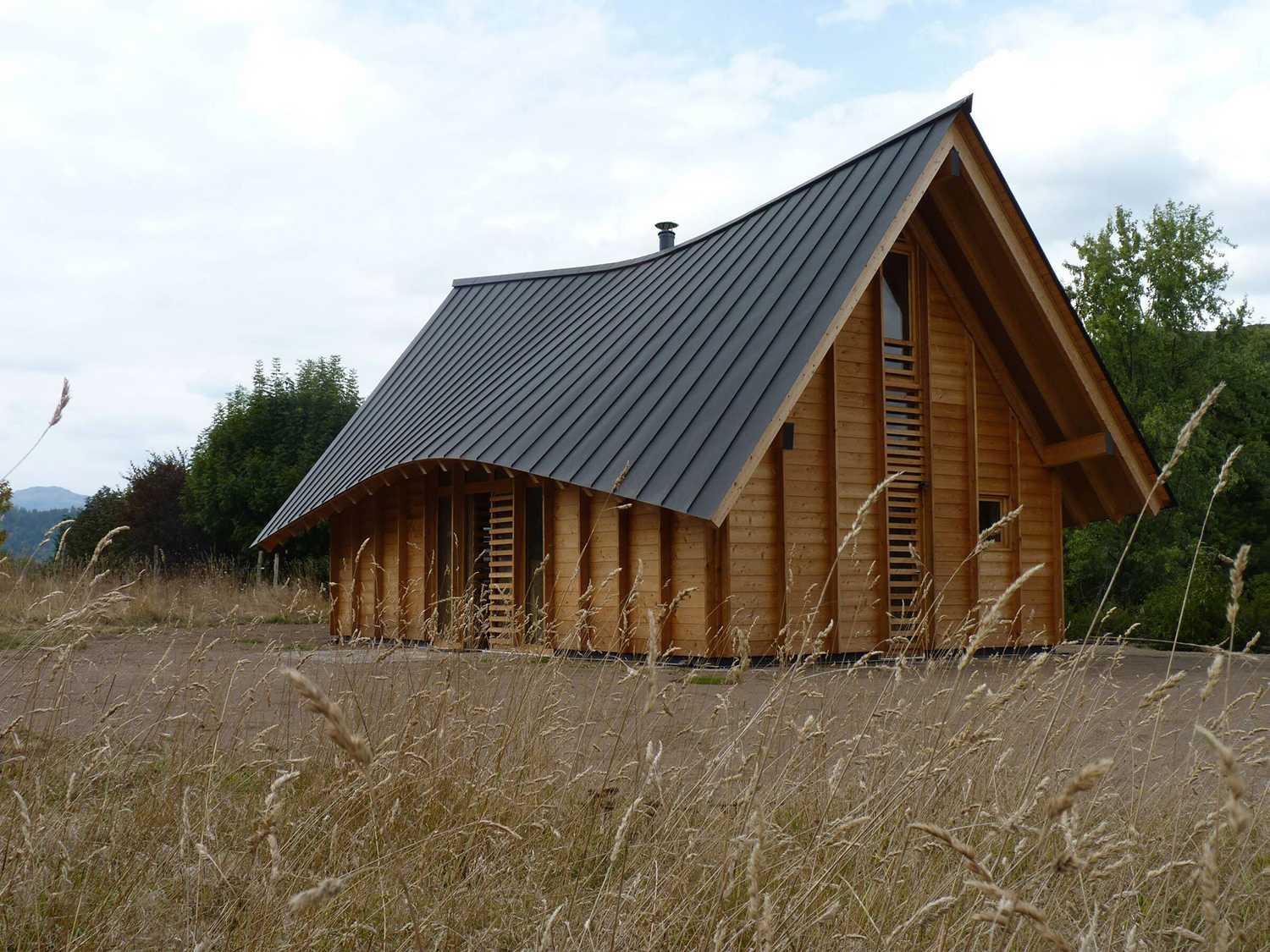 Arba draws inspirations for the unusual roof from the shape of the old slate roofs with curved shapes and carried by rafters which bend under the weight of the stone. In opposition to the stiffness of the strictly flat roofs from the modern period, Arba has covered the house with a deep pitch that slowly rises and falls.  The roof is opened to the South to catch the winter sun and closed to the North to protect the house from the winds.

Under the roof, the shell consists is made of a larch module, filled or glazed, with fixed or openening window, which breaks the walls down to a familiar scale of the human body. 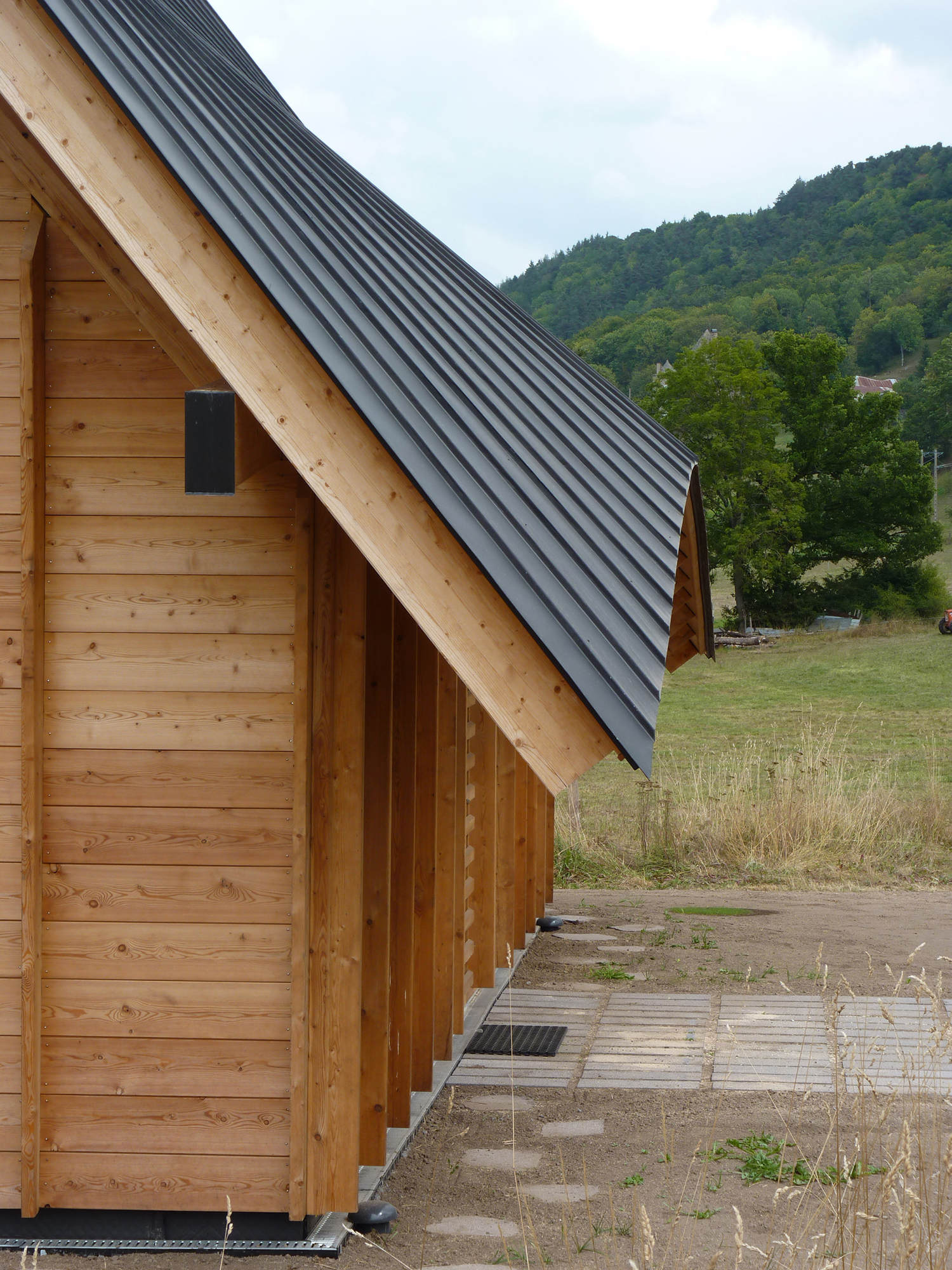 Inside, the whole volume under the framework is visible from everywhere, but never completely visible, which provides privacy in this unit shell.

In order to show and highlight the work of the four craftsmen who participated in the construction of the house, the concrete slab-shaped by the mason is left untreated. The timber frame is showcased and visible from everywhere, and even the electric cables running along the structure are left exposed. 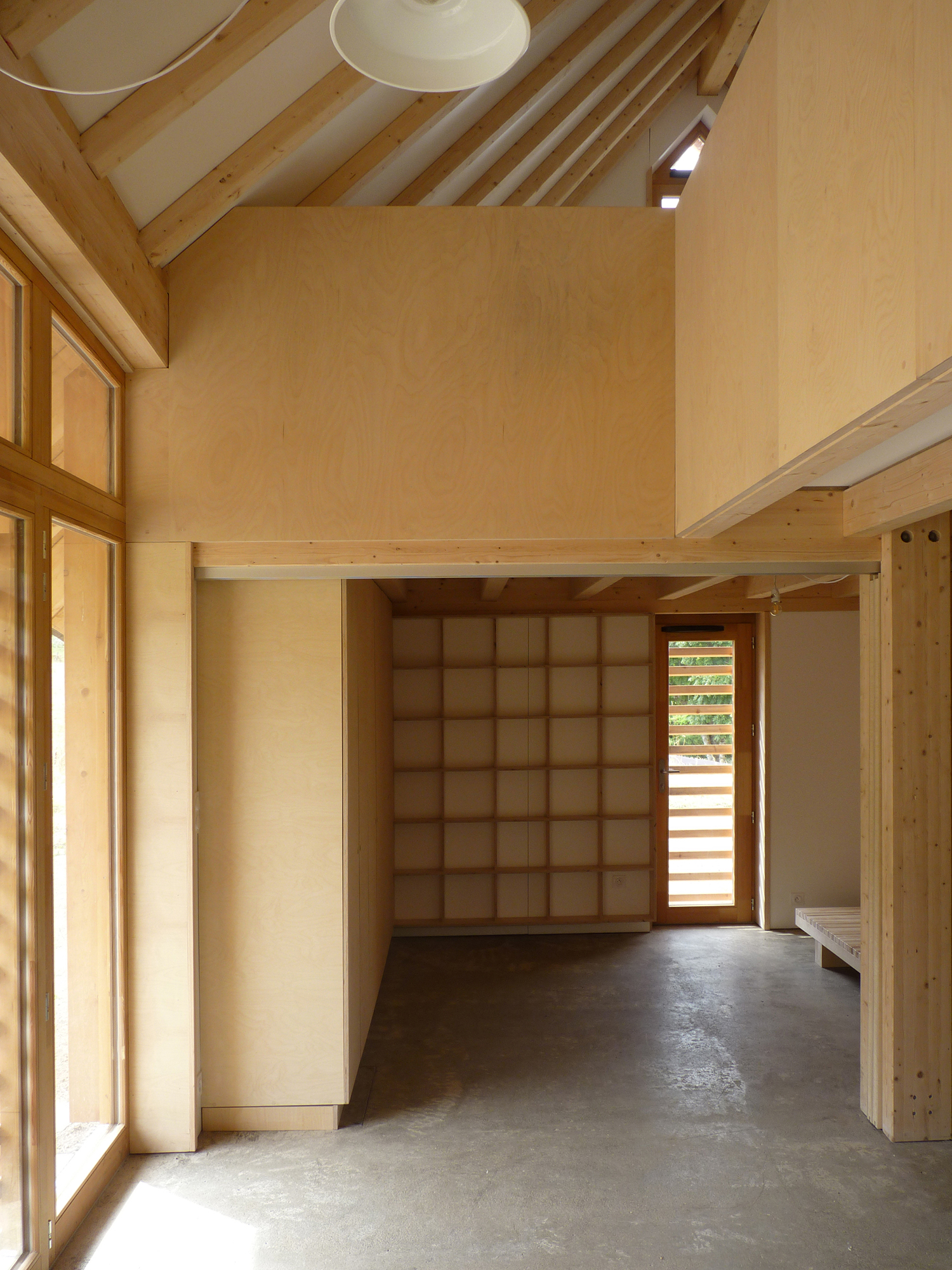 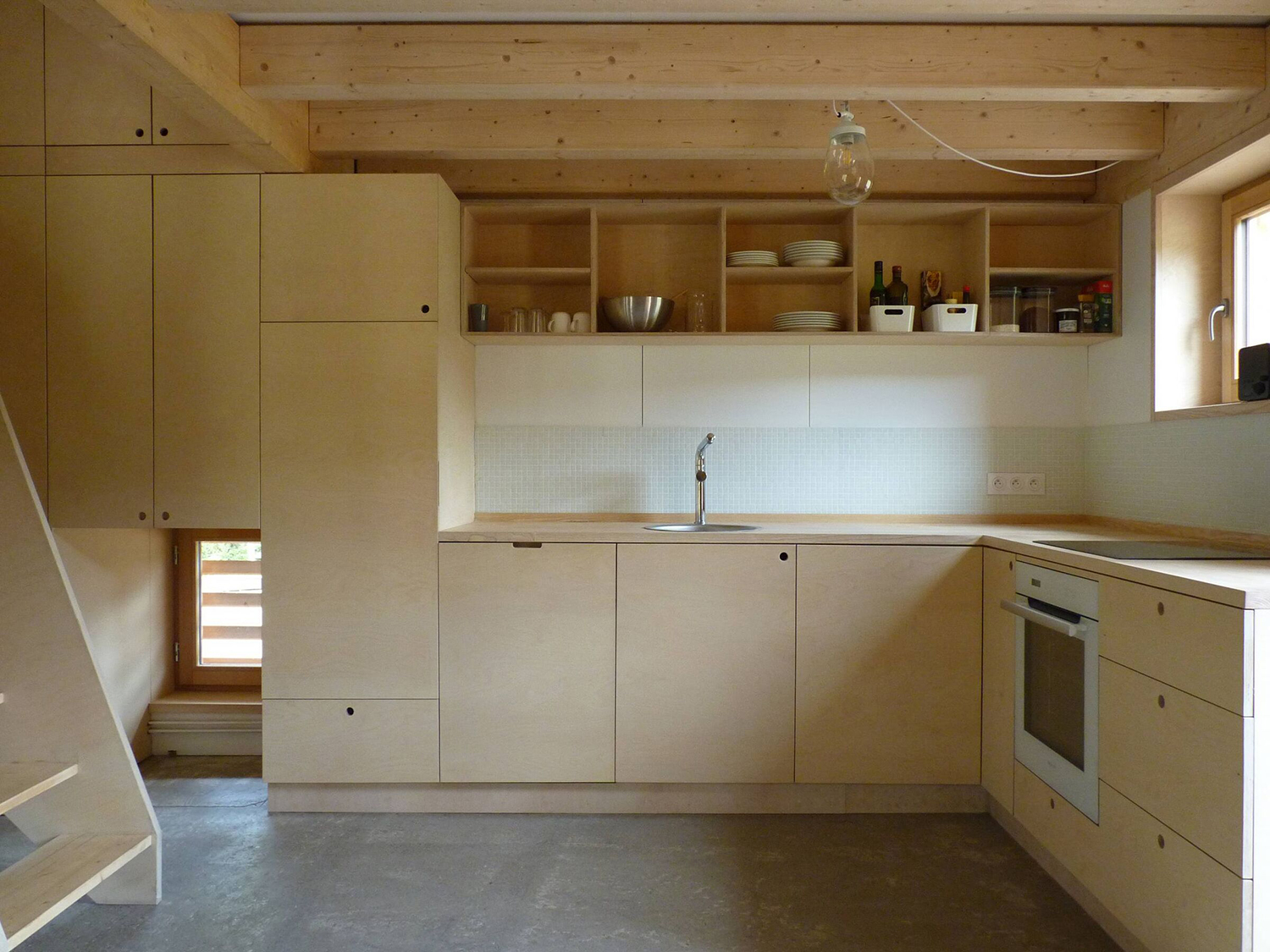 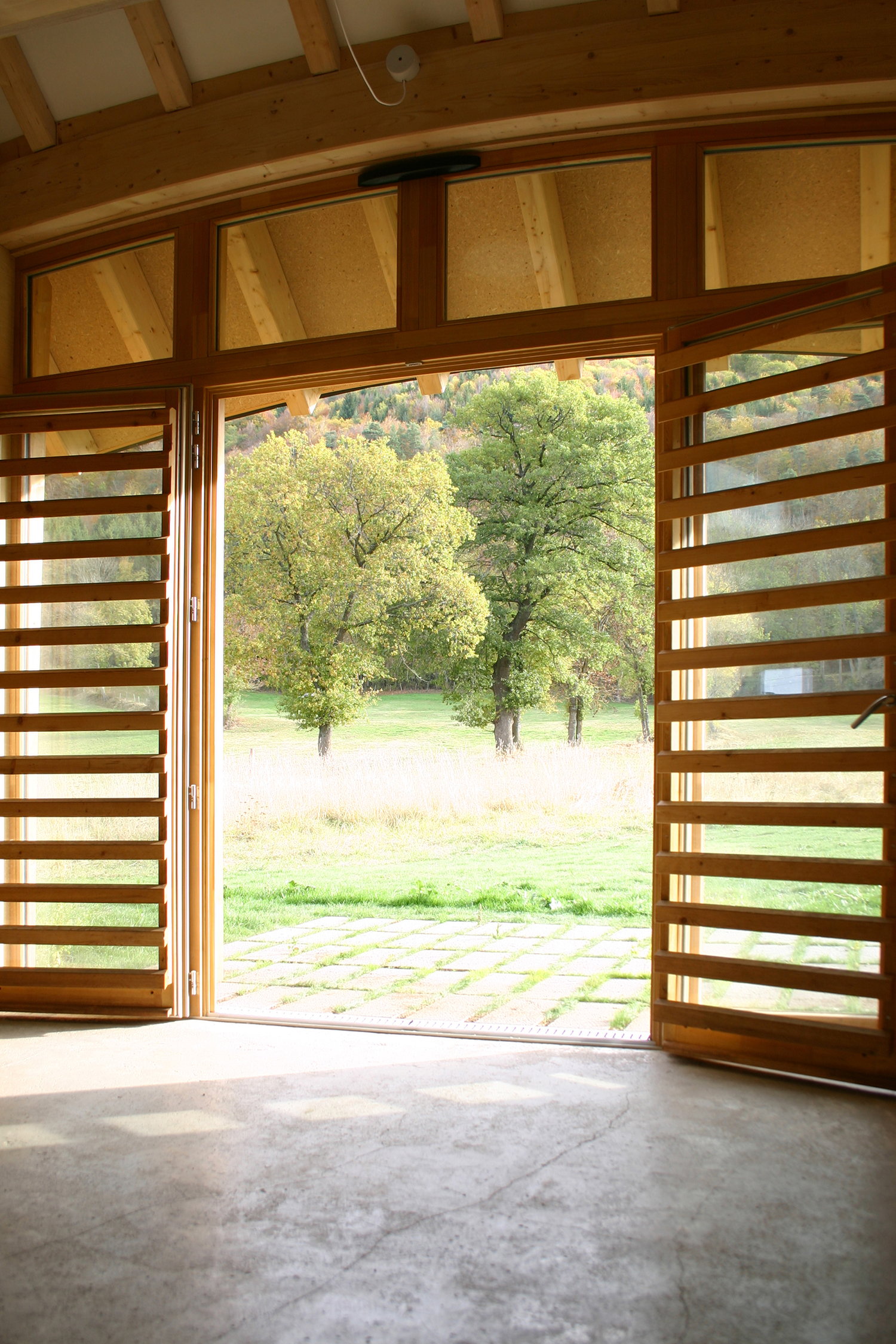 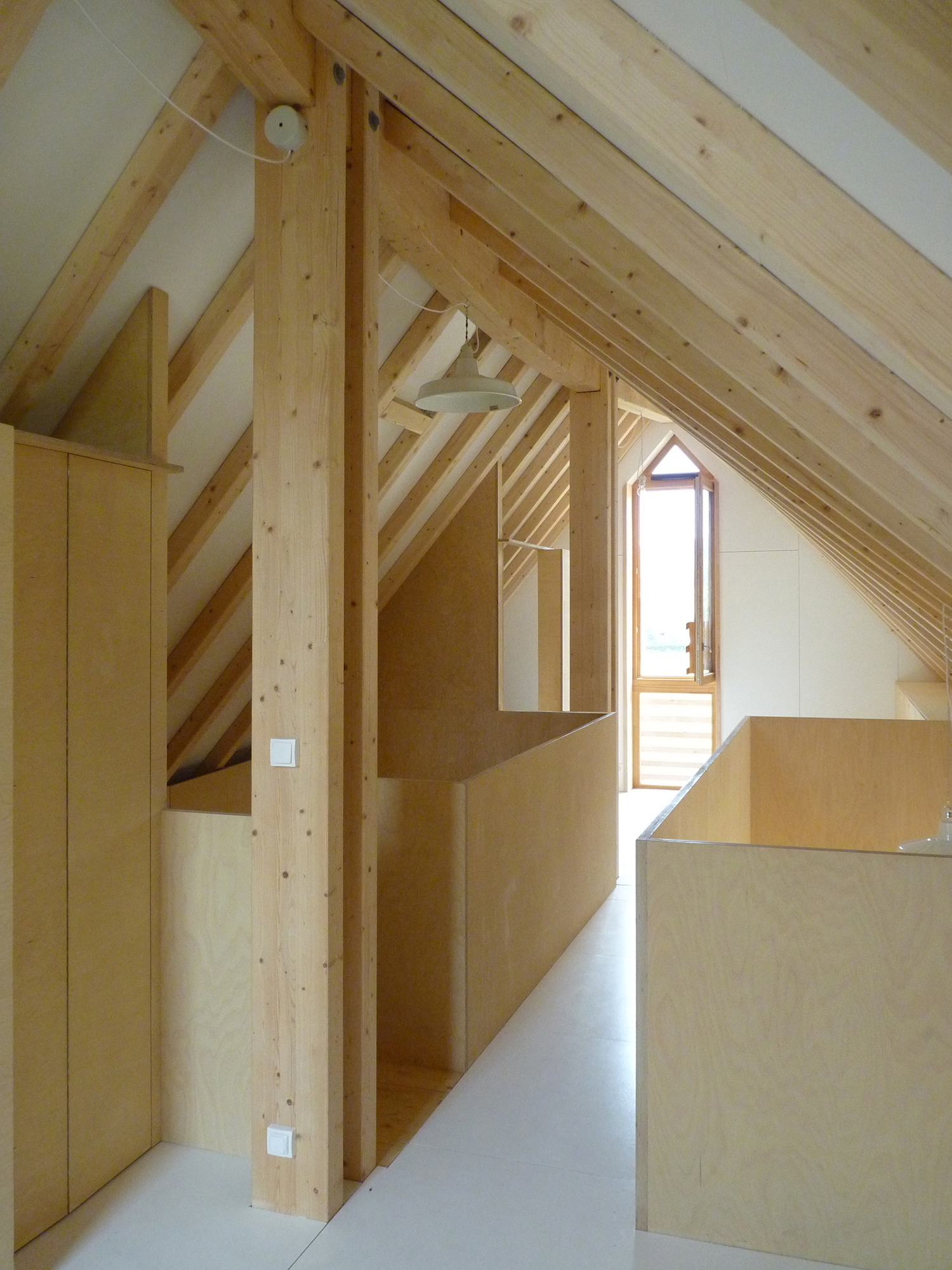