Swiss-based architectural firm Herzog & de Meuron and Canadian architects Quadrangle have unveiled plans for a super-skinny skyscraper at the northwest corner of Bay and Bloor in Toronto, that will rise 324 meters. Bloor Street has played a significant role in the identity and organization of the city. It is a major east-west axis which defines the northern edge of the downtown core and hosts one of the best-known shopping areas in Toronto. Its intersection with Bay Street – the location of this project – is a strategic site within the city and at the heart of a new cluster of buildings.

“This is an iconic block in the neighborhood and Toronto at large. We have an opportunity to deliver a project that sets a new benchmark for design and strives to give something back to the city,” says Lesley Bamberger, owner of Kroonenberg Groep. 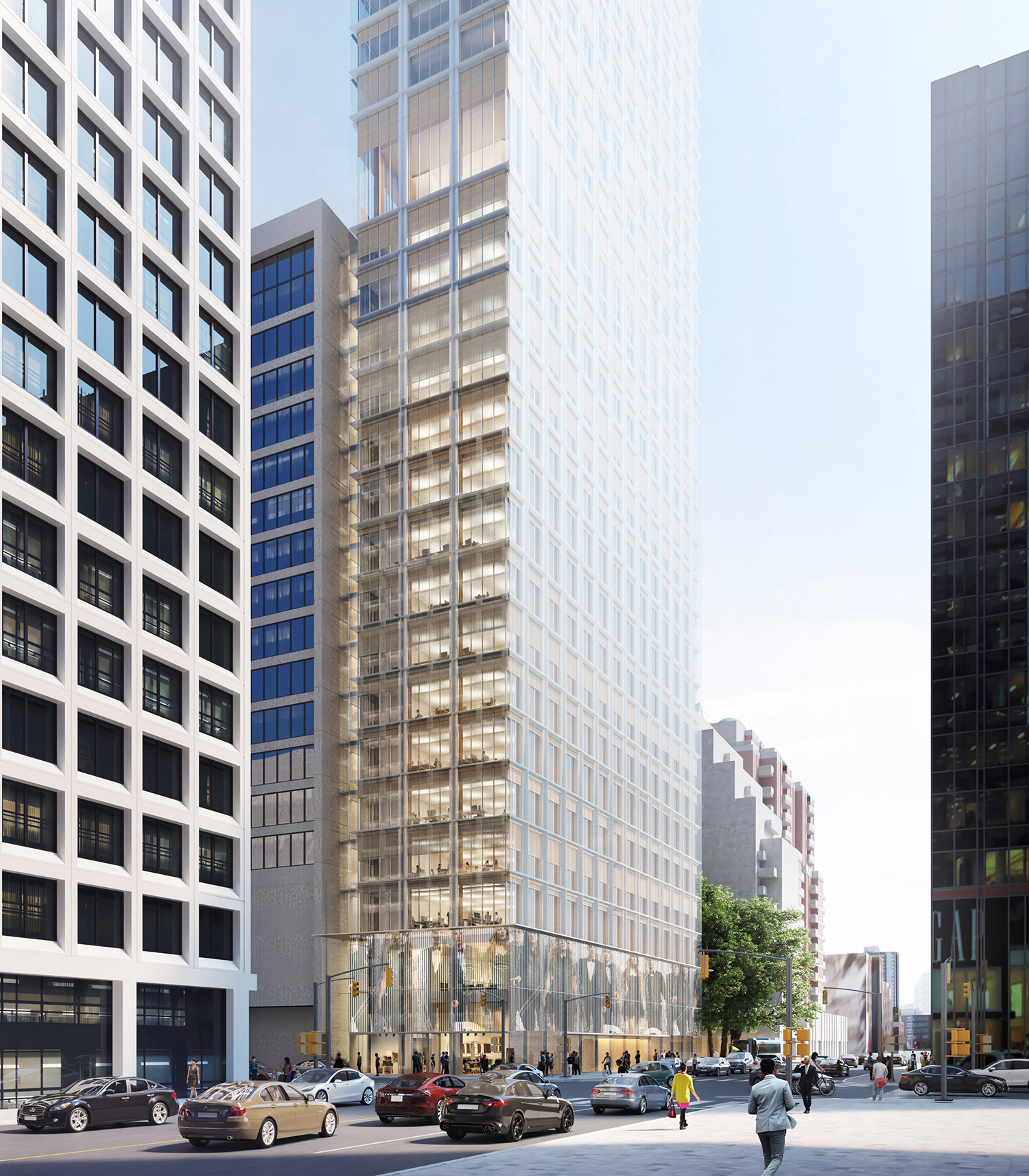 With a 3:1 ratio in the north-south orientation, a simple extrusion of the site footprint rises 87 storeys, resulting in an elegant, well-proportioned tower volume. A linear core at the western façade is proposed which maximizes the usable area of the floorplate, the aspect over Bay Street to the east, and simultaneously provides privacy from any adjacent development to the west.

Providing diversity in the proposed program is an important component of the building’s approach to sustainability and enhancing the vibrancy of the local community. The first 16 floors will replace the existing retail, office and technical functions. A private amenities level will separate these functions from the condominium levels above, which are characterized by generous daylight through the floor-to-ceiling operable windows which provide natural ventilation.

Additionally, external shutters allow each individual user to regulate the daylight and heat load into the apartment. A large restaurant, sky lounge and rentable spaces occupy the highest three floors of the building with spectacular panoramic views over the city of Toronto. 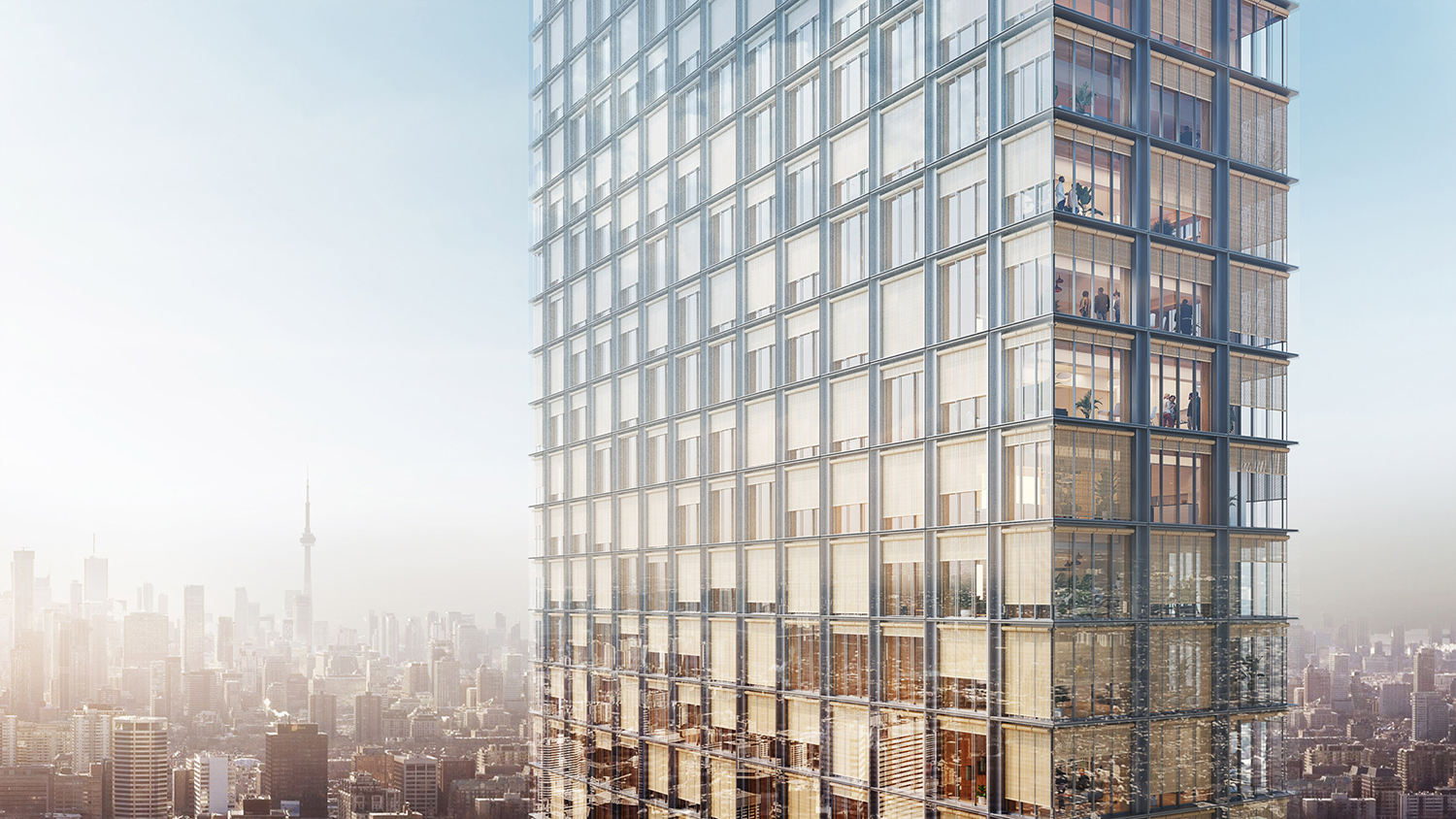 The proposal is a layered expression of the vertical structural elements, interior glazing (thermal envelope), exterior timber roller shades and an outer layer of transparent, open-jointed glass. The effect is a building which at times appears transparent and expressive – revealing the scale and activity within the building; and at other times, the reflective outer layer of glass gives the building an abstract quality, emphasizing its dramatic proportion.

At street level, residents enter a triple-height lobby from Bloor Street and take one of four dedicated lifts to their condo level. Residences will range from one bedroom, to multi-level penthouses, totalling 332 condominium units spread over 64 floors.